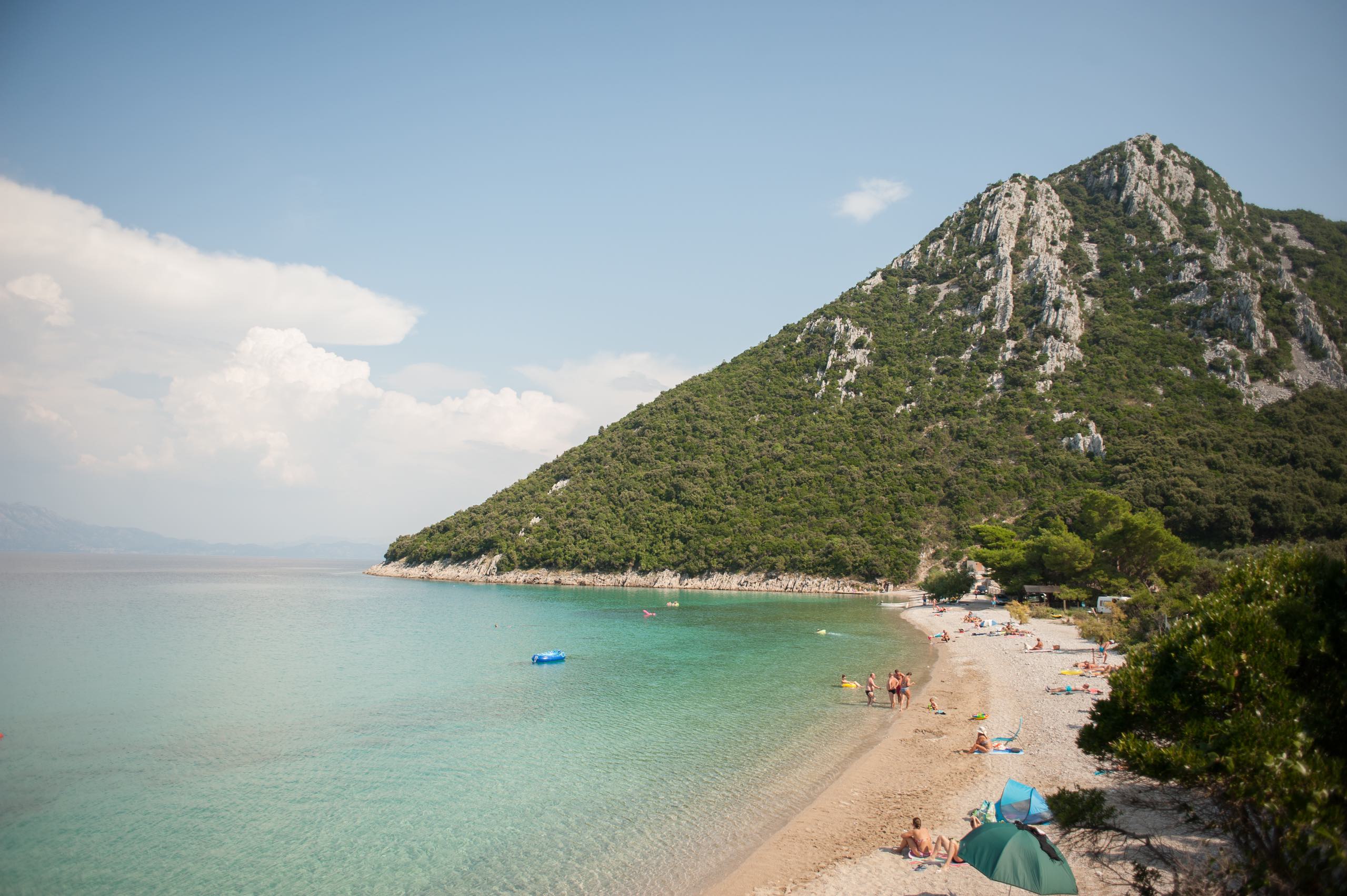 The best beaches in Croatia

If you could capture the essence of Croatia and put it in a bottle, it would smell like pine forest and fig trees, taste like olive oil and wildflower honey and be as blue as the sky and iridescent as the crystal clear waters of the Adriatic. This is a breathtakingly beautiful land, stark in her contrasts from one region to another, here a barren, rocky landscape, there a dense forest at the water’s edge. But the one thing that defines the country and her identity is the sea, always the sea. The impossibly blue, calm waters seem to have a magnetic force that tugs at you as you pass by, in the heat of the day the turquoise depths are impossible to ignore and suddenly there is nothing more important to do than to find a beach, a pier, a rock to dive from; any way to plunge into those magical waters and free yourself from the burdens of life on land. Before the Balkan wars of the 1990´s ripped the region apart, the Croatian coastline was a favourite haunt of the rich and famous. Elizabeth Taylor and Richard Burton spent many a summer in the Adriatic and now, some 20 years after the conflict ended, travellers are once again flocking to this slice of paradise in the Mediterranean. The larger coastal cities (Dubrovnik, Split and Pula) have been on the tourist itinerary for some time now, but to experience the authentic charm of the country and discover some of the best beaches in Croatia, the islands and smaller towns are where you should be headed. Let it be said that the majority of Croatia´s beaches are rocky or pebbly, there aren´t many sandy stretches in this part of the world so a little bit of preparation is required. Locals will always have a beach mat (a yoga mat would work perfectly too) tucked under their arm and a pair of swimming shoes in their beach bag. 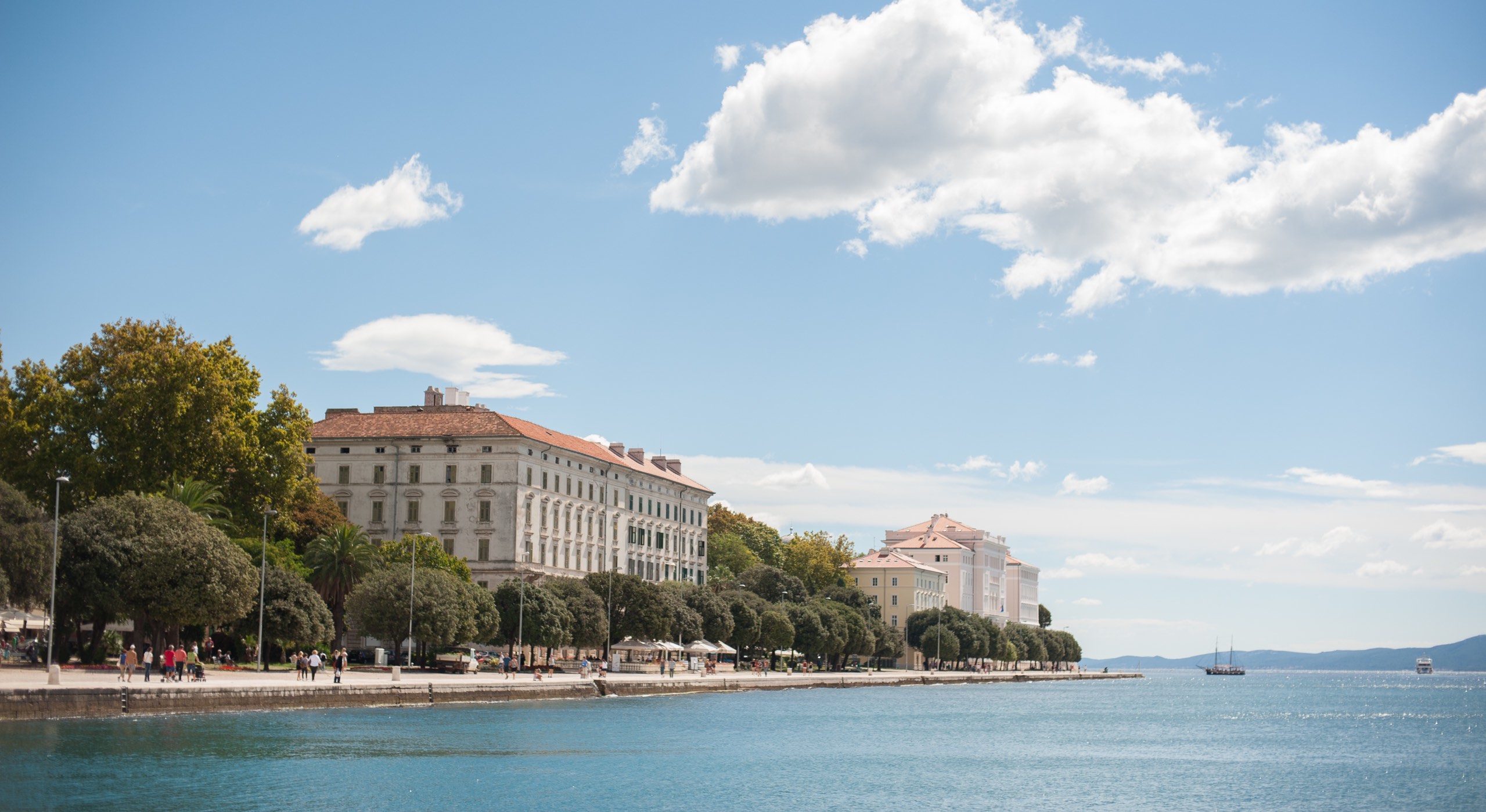 In the north, Krk Island (Otok Krk) is one of the biggest, and a bridge to the mainland makes it one of the easiest islands to get to. The landscape varies dramatically from one end to the other: pine forests and olive groves in the north slowly change to dry, rocky mountains as you head south, and it is in the small town of Stara Baska on the southern tip that you find Oprna Bay, one of the best beaches in Croatia. It´s a bit of a hike down from the road but once there, you can rent chairs and umbrellas, and the bar has cold beer on tap, which just about covers all beach-going necessities. The town of Krk on the eastern side of the island is a pretty little place with a historic centre and narrow cobblestone roads to explore. There is also a beach right in the town, beneath the city walls that is quite crowded in the summer but a lovely spot to sunbathe and swim out of season.

Back on the mainland, the road along the Kvarner Coast winds its way south along the rocky cliffs revealing tiny villages and beaches hidden away in small coves and inlets. The view as you drive is sweeping and dramatic as you make your way towards Zadar, a small city that has until recently managed to slip under the tourism radar. Recently voted as one of Europe´s best destinations, Zadar is also Croatia´s oldest city that traces it´s origins to the 4th century BC. Occupied through the ages by the Roman, Slavic, Venetian and Ottoman Empires, the small coastal city has always been in a strategic trading position and this collision of cultural influences can still be seen today in her architectural and culinary heritage. Zadar also boasts one of the few sandy beaches in Croatia: Nin Beach. A short drive to the north of the city it´s situated at the mouth of a river which is also a source of medicinal mud, reputed to cure a wide variety of ailments. Whether or not this is true, we can´t say, but it certainly is entertaining to slather yourself in black mud and then wash it all off in the ocean. After a day at the beach, head to The Garden Lounge, overlooking the marina with views across the city. Their extensive cocktail menu and chilled vibe is the perfect way to relax after a busy day. 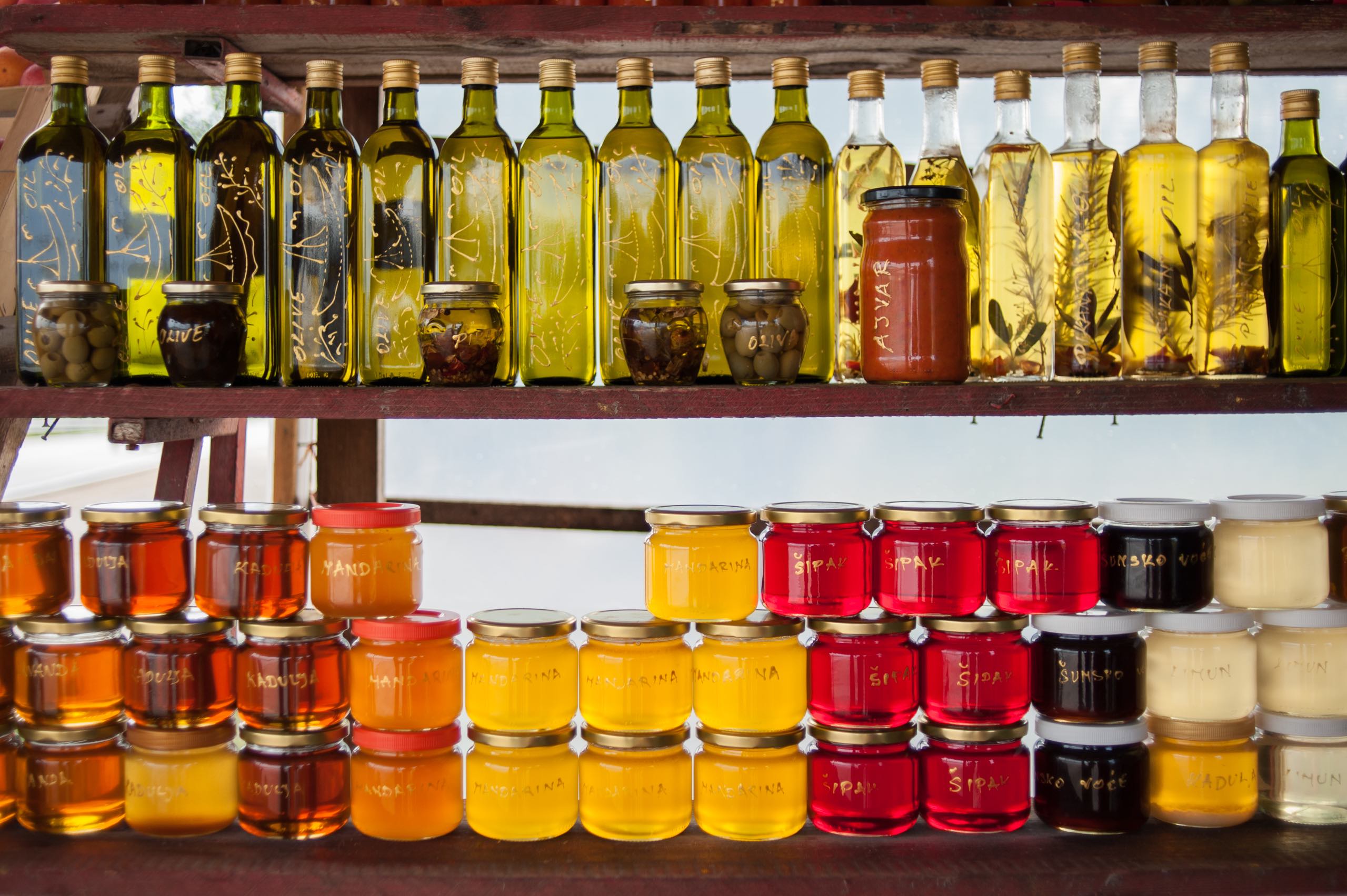 Within the city walls, Zadar´s fish and farmers market is renown for top quality produce and is frequented daily by locals, a definite must-see for foodies. With an extensive coastline and fertile soils, it´s no surprise that the Croatians take good food very seriously. At Kod Guste fresh fish and seafood, in particular, are very popular and exceptionally well prepared, and very simply: grilled over hot coals with a sprinkling of salt and served with local olive oil and vegetables. They are also famous for their black risotto and not without good reason as it was without a doubt the most delicious risotto I have ever tasted and everyone at our table went back for a second serving. 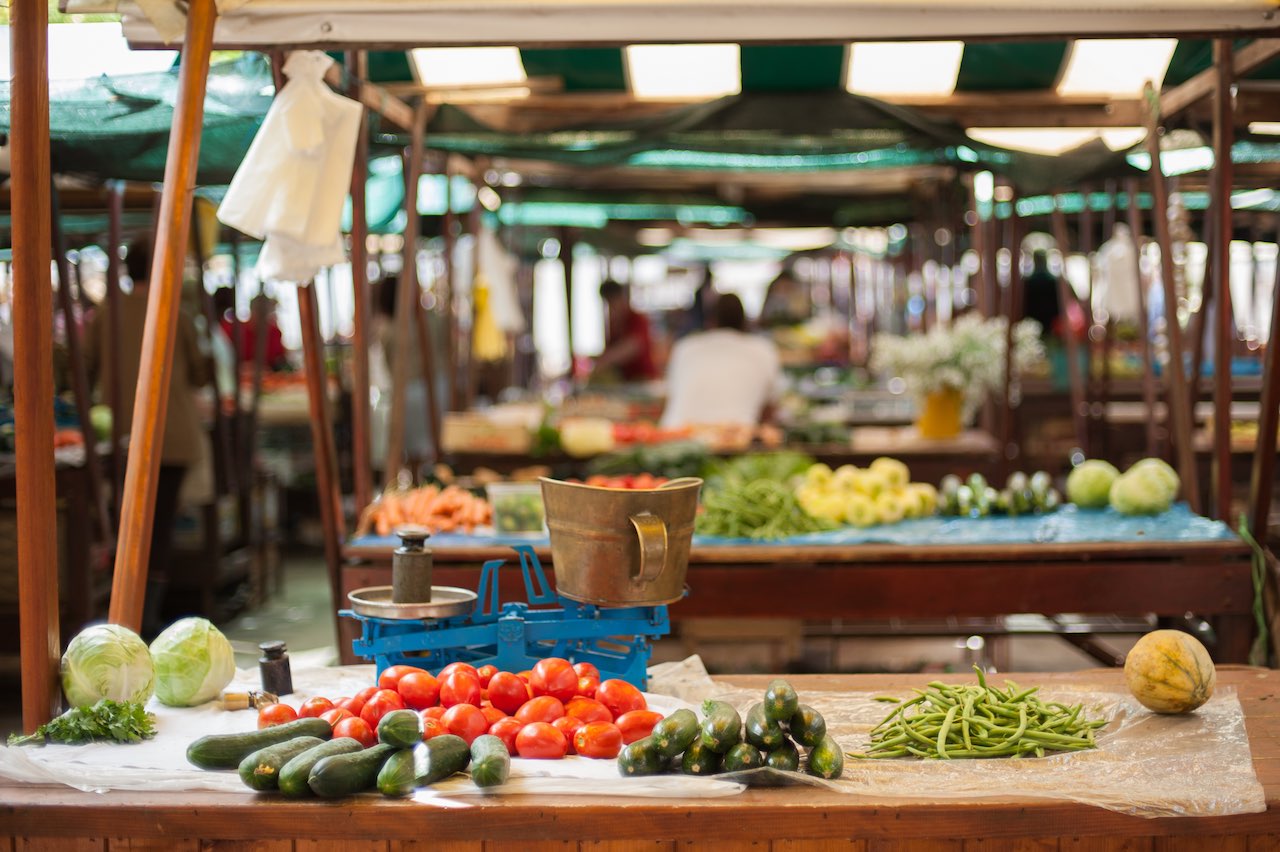 From Zadar, there are regular ferry boats to many of the neighbouring islands, and this is by far the best way to escape the crowds and find your own slice of seaside zen. Dugi Otok (Long Island in Croatian) is an hour and a half sail away from the city and is a long thin stretch of land dotted with fishing villages and harbour towns. The southern part is almost all a nature reserve with virtually no human interference in the landscape; you can almost imagine that this was how the whole country looked back in the Roman times. This coastline is very remote and perfect for hiking, cycling and nude sunbathing, as you´re probably not going to see anyone else all day. To the north are a few of the more well-known beaches in Croatia: Sakarun is famous for its picture-perfect turquoise waters, and although the beach is covered in pebbles, the sea floor is fine white sand. There are several beach bars dotted along the bay with umbrellas and loungers for rent but be aware that as this is a popular beach, it gets quite crowded during the summer season. A quieter but no less beautiful alternative is Veli Zal, a bit further to the south. A small stretch of pebble beach in the rocky shoreline, this beach has limited facilities and the beach bar is only open during the peak summer months so come prepared with your own drinks and umbrellas. Accommodation options tend towards the more rustic but the Veli Rat Lighthouse at the northern tip of the island (5 minutes drive from Sakarun) has two fully equipped self-catering apartments that make for a unique stay in a place full of history and charm. 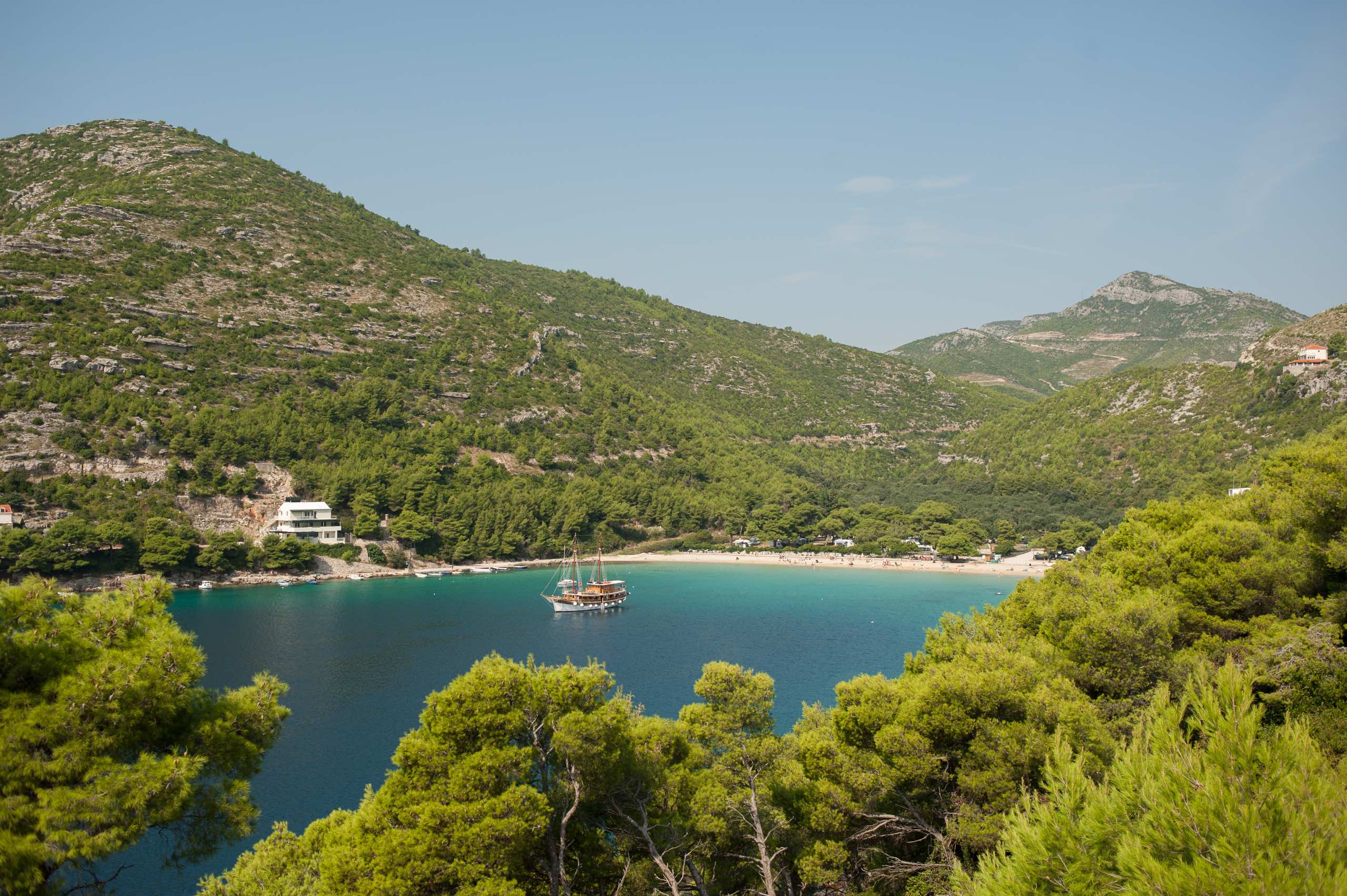 Going to Croatia? The same team that brings you the content you love designs your perfect trip

Back on the mainland and south of Split is one of Croatia´s most beautiful stretches of road that hugs the steep cliffs and slices a winding path between the dense pine forests and the deep blue Adriatic. Known as the Makarska Riviera, this is a popular region with holidaymakers, and the small fishing towns bustle with activity over the summer months. One of the most beautiful beaches in Croatia is also one of the most difficult to get to: Nugal Beach is tucked away under a tall cliff a few kilometres to the south of Makarska town and is only accessible by boat or by a long hike through the pine forest. It is a wild beach without any facilities and is also well known as a nudist beach, due to the difficult access; the perfect escape from the summer crowds. A few kilometres to the north, Punta Rata in the town of Brela is far more accessible, and the shady pine forest right up to the edge of the pebble beach creates a cool retreat from the heat of the sun. Diving and snorkelling are popular here as the water is famous for its exceptional visibility. The Sensimar Adriatic Resort is an adults-only luxury hotel up on the cliffs overlooking the southern part of the Riviera and with its breath-taking views across the mountains and the sea, it´s the perfect base from which to explore the beaches in the region. 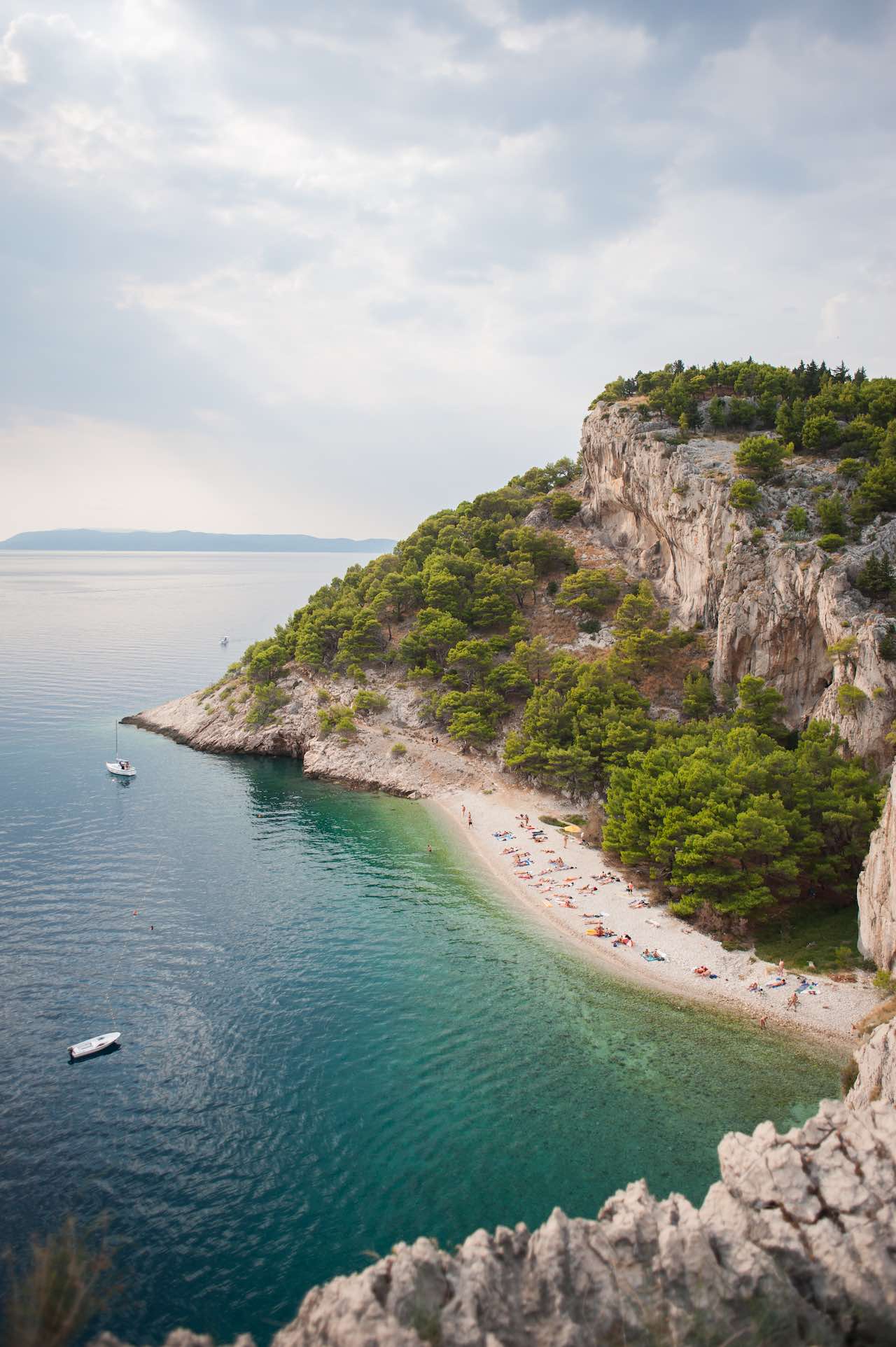 The Peljesac Peninsula dominates the southern Dalmatian coastline and in spite of its proximity to the city of Dubrovnik, this wild mountainous peninsula is still relatively unexplored. Famous for its local produce, many of Croatia´s best wines come from this unassuming part of the country. But we were there for the beaches, and they didn´t disappoint. The roads here are narrow and winding, and everything is quite far apart. It will take a bit of time to properly explore the region, but the wild, untouched beaches and lack of mass tourism more than make up for the driving time. Prapratno beach is one of the easier to get to, and its emerald waters and white pebble shores are backed by wild pine forests, providing an escape from the heat. Getting to Divna beach is a bit more of an adventure, but your efforts are rewarded by a secluded bay beneath the striking mountains, a perfect stretch of pebble beach and the bluest, most delicious looking water waiting for you to plunge right in. 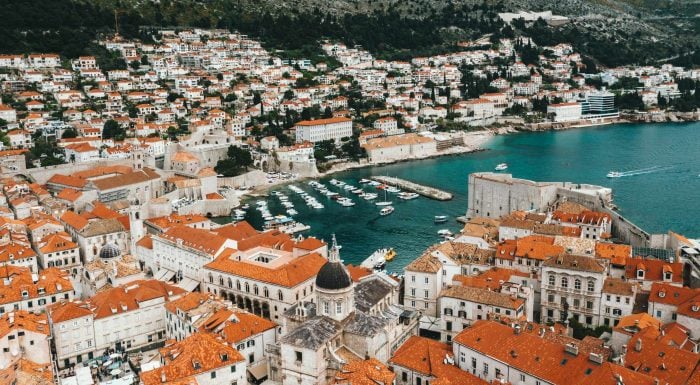 Dubrovnik makes for a breath-taking first impression and it´s not for nothing that it´s considered to be one of the world’s most beautiful walled cities. It’s little wonder that the period-fantasy series “Game of Thrones” was filmed here. 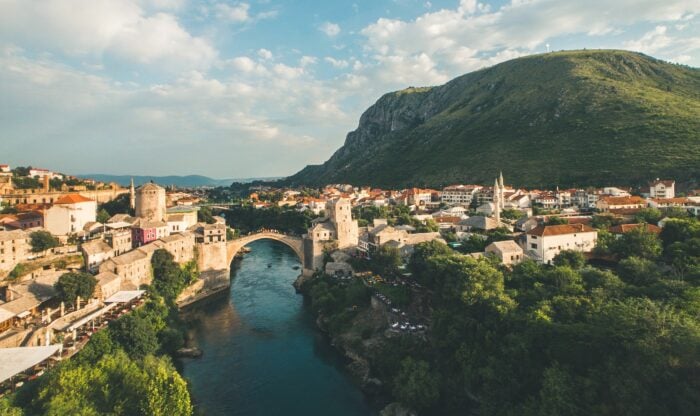 Plan your holidays in the Balkans: The perfect itinerary to Croatia, Montenegro and Bosnia & Herzegovina

A fantastic alternative to countries like Greece, Spain, and Italy, all Balkan countries are unified not just by history but also by awe-inspiring landscapes, unspoilt nature and shorelines, ancient times, and warm people. 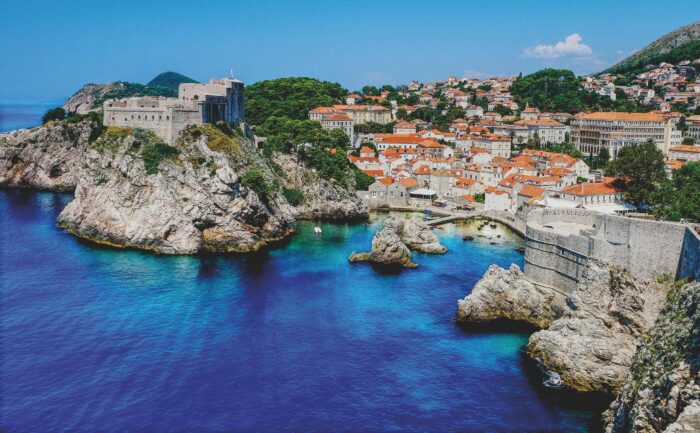 Sharing a lengthy border with the Adriatic Sea, Croatia is Eastern Europe’s answer to the Mediterranean, with a wide choice of calm island getaways just off its main coast.