Enjoy the beauty of the 7 best castles of Loire Valley

Stories > Experiences > Enjoy the beauty of the 7 best castles of Loire Valley
Curation by Yasmina Rodríguez, words by Casey Siemasko

Beloved for its soft green scenery, gastronomic delights, and magnificent river, the Loire Valley is the stuff of storybooks—an unbelievably romantic stretch of vineyards and villages that’s long captivated the imagination of royalty, travellers, and creatives alike. Sprinkling this spectacular setting are 42 grandiose castles; together, these Chateaux make up the Loire Valley UNESCO World Heritage Site, one of the most visited destinations in France. Beyond their striking elegance, these cherished Loire castles are testaments to the region’s rich history throughout the centuries. While each Loire Valley castle is impressive, we’ve whittled down seven in particular that are a treasure trove of architectural wonders and historical importance. Ready for your Loire Valley castles tour? Let’s dive in. 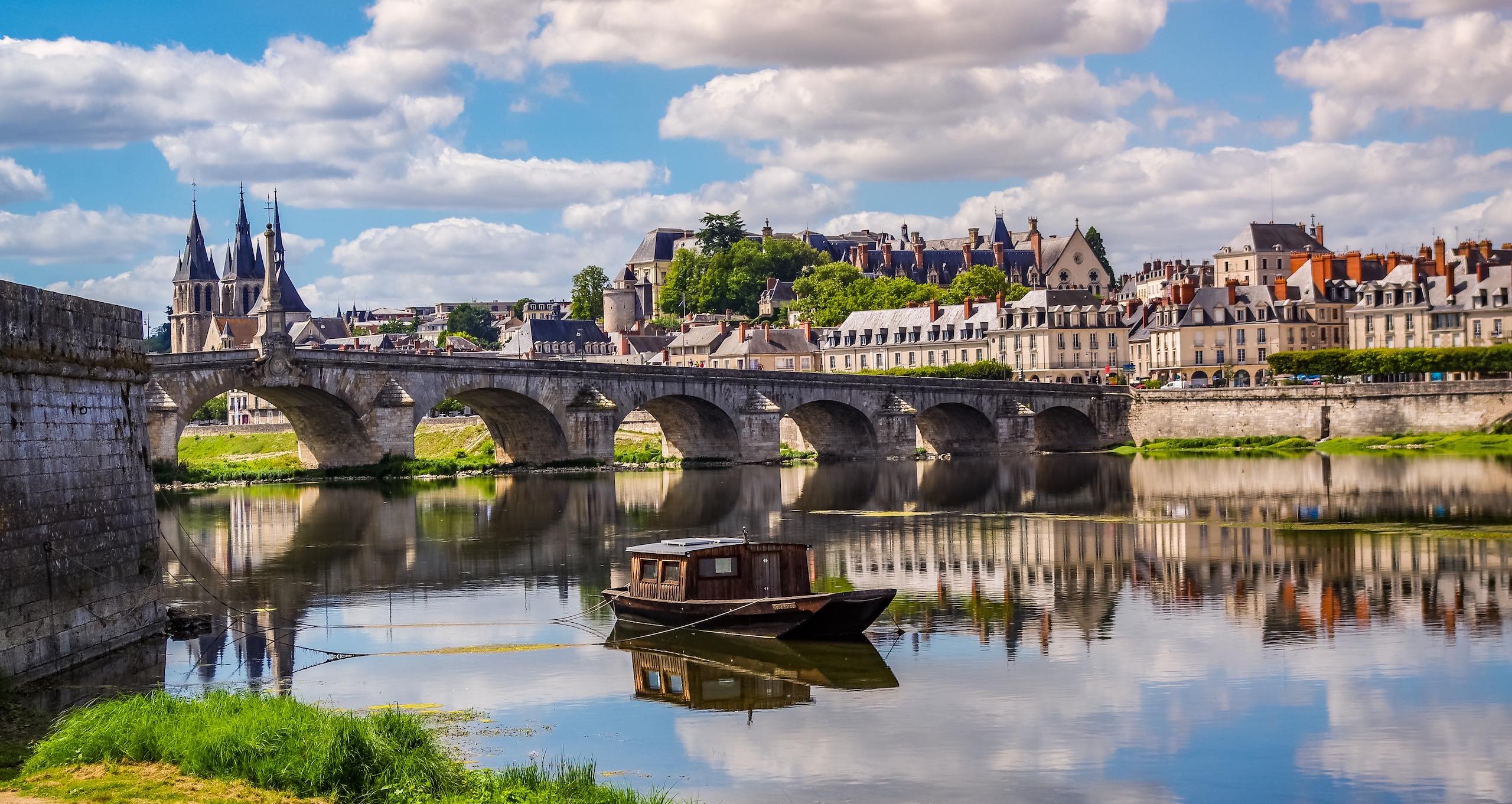 Kicking off our list of Loire best castles is the largest and most visited—The Château de Chambord. With its gobsmacking display of intricate masonry, towering spires, and iconic double-helix staircase (attributed to Leonardo DaVinci), Chambord Castle is pure Renaissance architectural brilliance. Beyond its unrivalled grandeur, Chambord tops any Loire Valley France best castles tour for its notable role in French history. Built by King Francis I in the early 16th century, the castle fell into disarray upon the king’s death, facing pillage and ruin during the French Revolution. It wasn’t until 1930 that the castle would return to the French state and go on to protect some of the country’s most valuable national treasures from the devastation of World War II—including the one and only Mona Lisa.

Between the extensive gardens and the colossal interior, Chambord Castle is of the sort it’s difficult to leave. Allow plenty of time to relish the chateau’s beauty—a full day isn’t out of the question.

You’ll need to stop in Blois on your way to Chambord, so adding a stop at Château de Blois is a no-brainer. Ideally located within the city center, Blois has played many roles throughout the centuries, from Medieval fortress to Gothic palace to Renaissance castle. In 1429, Joan of Arc was even blessed here before going to fight the British. Upon first glance, Château de Blois might appear less ornate than some of the other Loire castles on this list, but head inside to discover intricate wall carvings and beautifully resorted rooms. Climb the signature buttressed staircase to the top tower for sweeping Loire Valley views. Come dusk, stick around to enjoy a well-executed Sound and Light Show on the facades of the courtyard. 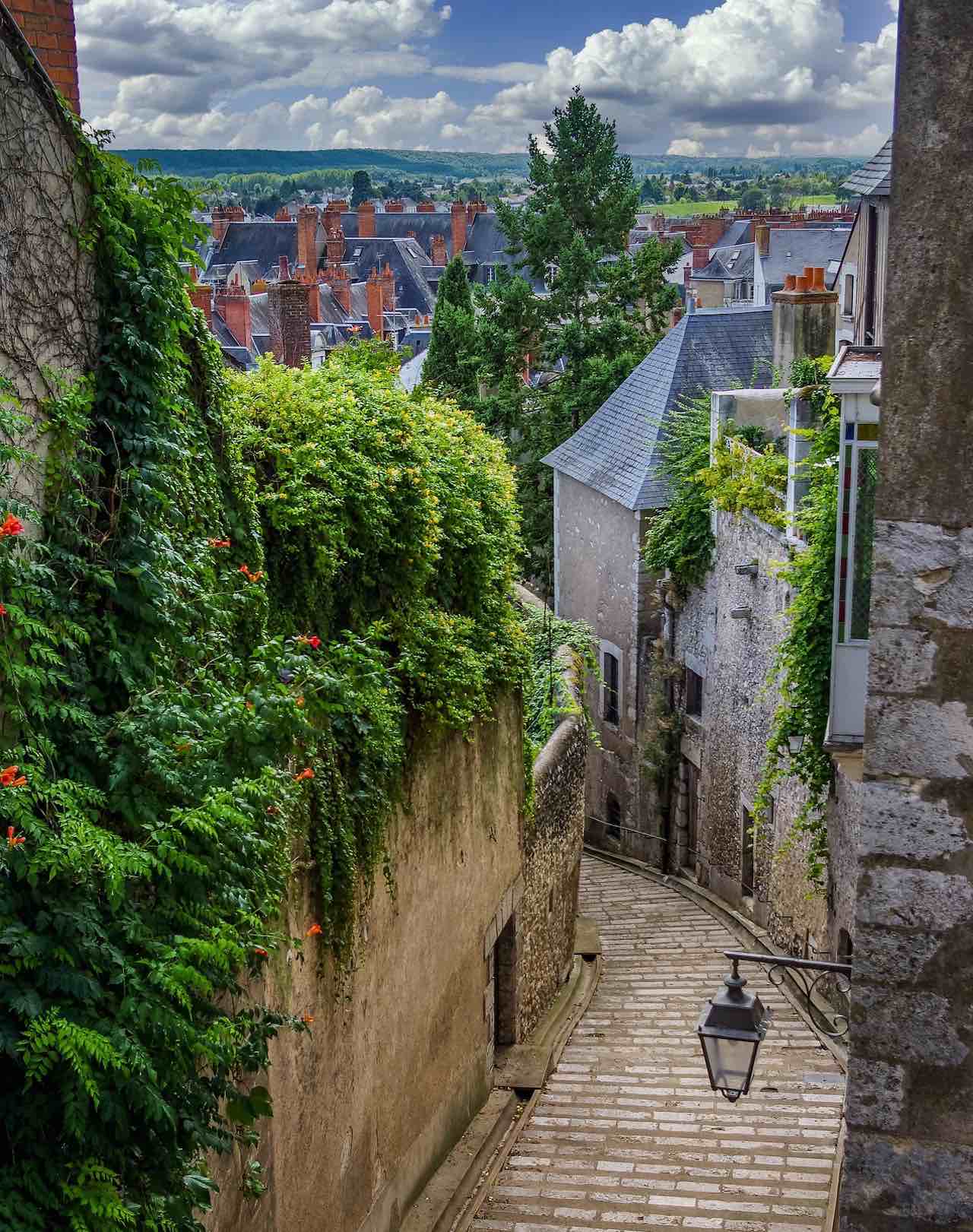 Once upon a time, famed French author Charles Perrault was so taken by the marvellous Château d’Ussé that the castle became the inspiration for his beloved fairy tale “Sleeping Beauty”

Once upon a time, famed French author Charles Perrault was so taken by the marvellous Château d’Ussé that the castle became the inspiration for his beloved fairy tale “Sleeping Beauty.” Revel in the magical fairy tale lore as you tour the stately white towers, soaking up the countryside views and formal gardens designed by Andre Le Notre—the same landscape architect behind Versailles. The Château d’Ussé attic is of particular note with its whimsical scenes of a princess playing amongst antique toys, her fairy godmothers never far from view. Cheers to the day with a bit of bubbly produced in the castle’s very own vineyards. 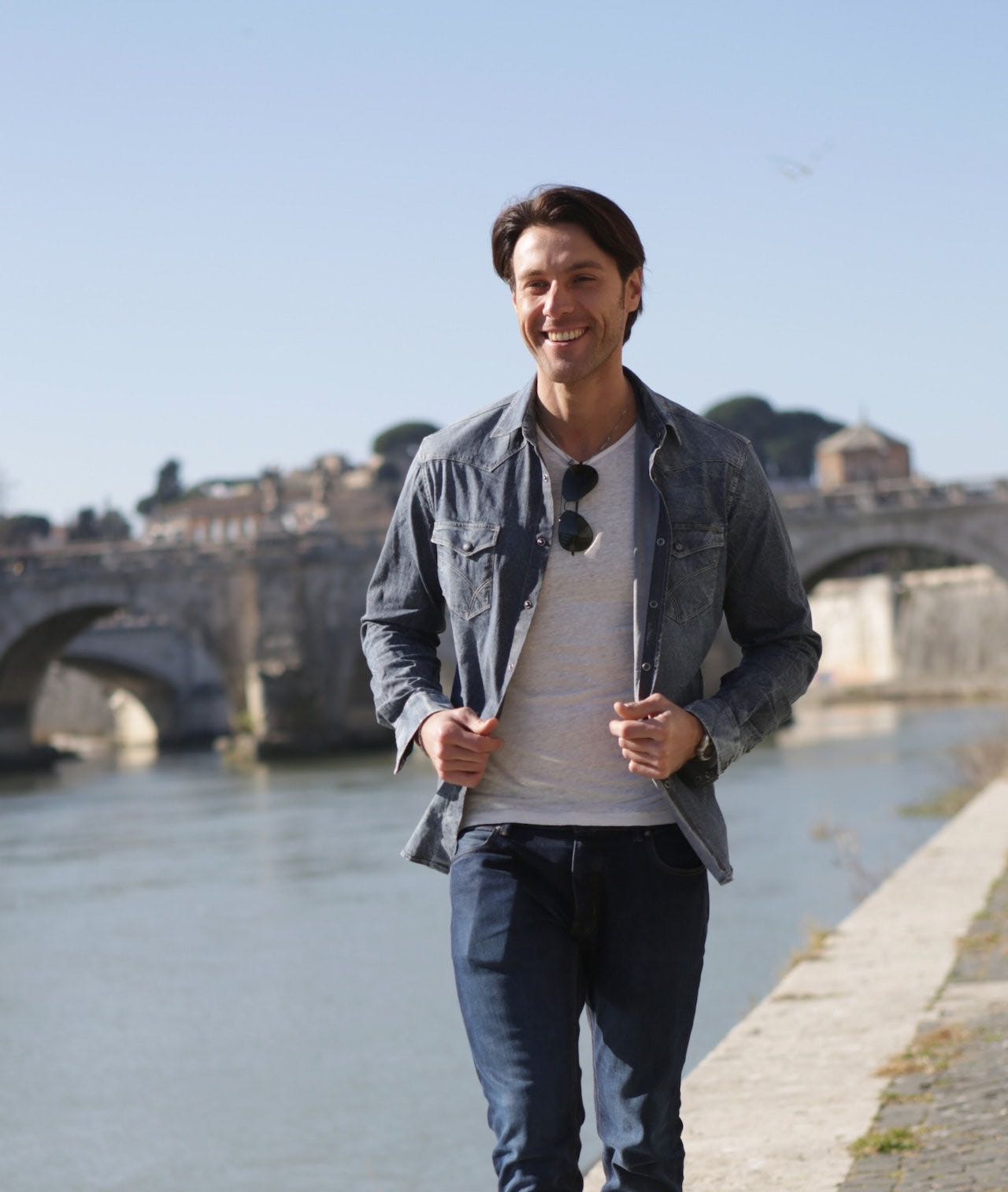 Any list of the best Loire Valley castles would be remiss not to mention Clos Lucé. Leonardi da Vinci’s famed home from 1516 to 1519, this Loire castle is a testament to the esteemed artist and inventor who took his last breaths here. An on-site museum and park display replicas of some of da Vinci’s most intriguing and acclaimed creations, including the helicopter and paddle boat.

Apart from the tribute to da Vinci, a visit to Clos Luce is well worth the effort for its acute expression of Italian Renaissance architectural details. Round out your visit with a bite from the small crêperie or an amble down one of the garden’s many walking trails.

From its idyllic position along the banks of the Loire River, Château Villandry is a stunning representation of avant-garde architecture

From its idyllic position along the banks of the Loire River, Château Villandry is a stunning representation of avant-garde architecture. The building’s exterior is imposing with its forested mountain backdrop. That said, the pièce de résistance here is Villandry’s lavish Renaissance garden, a brilliant blend of some 60,000 vegetables and 45,000 bedding plants, all perfectly laid out in geometric patterns. If you’ve fallen prey to the actual condition that is “being castled out” while on your Loire Valley castles tour, then skip the interior and instead bask in the beauty of the flourishing grounds.

The revered residence of both Diane de Poitiers and Queen Catherine de Medici, Château Chenonceau exudes classic elegance from its stately perch spanning the Cher River. What is undeniably one of Loire’s best castles, Chenonceau’s well-appointed gardens are not to be missed—they even follow the original design by Diane de Poitiers herself. If the weather is playing ball, opt for a nighttime stroll through the gardens; the soft glow of the candles and lanterns is swoon-worthy. The interior is small but well decorated, with a fascinating combination of Gothic and Renaissance architecture.

For fairy-tale perfection, look no further than Château Azay le Rideau. Dubbed the “Diamond of the Indre,” this Loire best castle is unique for its riverside locale, creating beguiling castle reflections in the surrounding waters. Another one of France’s best castles attributed to King Francis I, it wasn’t until 1820 that Château Azay le Rideau was transformed into the masterpiece it is today. The entire castle is an excellent depiction of early French Renaissance architecture, but don’t miss the rare 16th and 17th-century Flemish tapestries on display. The fully restored Biencourt Room is also exquisite, a tribute to the Biencourt Family responsible for renovating the castle, as well as 19th-century opulence and stateliness. It’s a Loire Valley France castles at its finest. 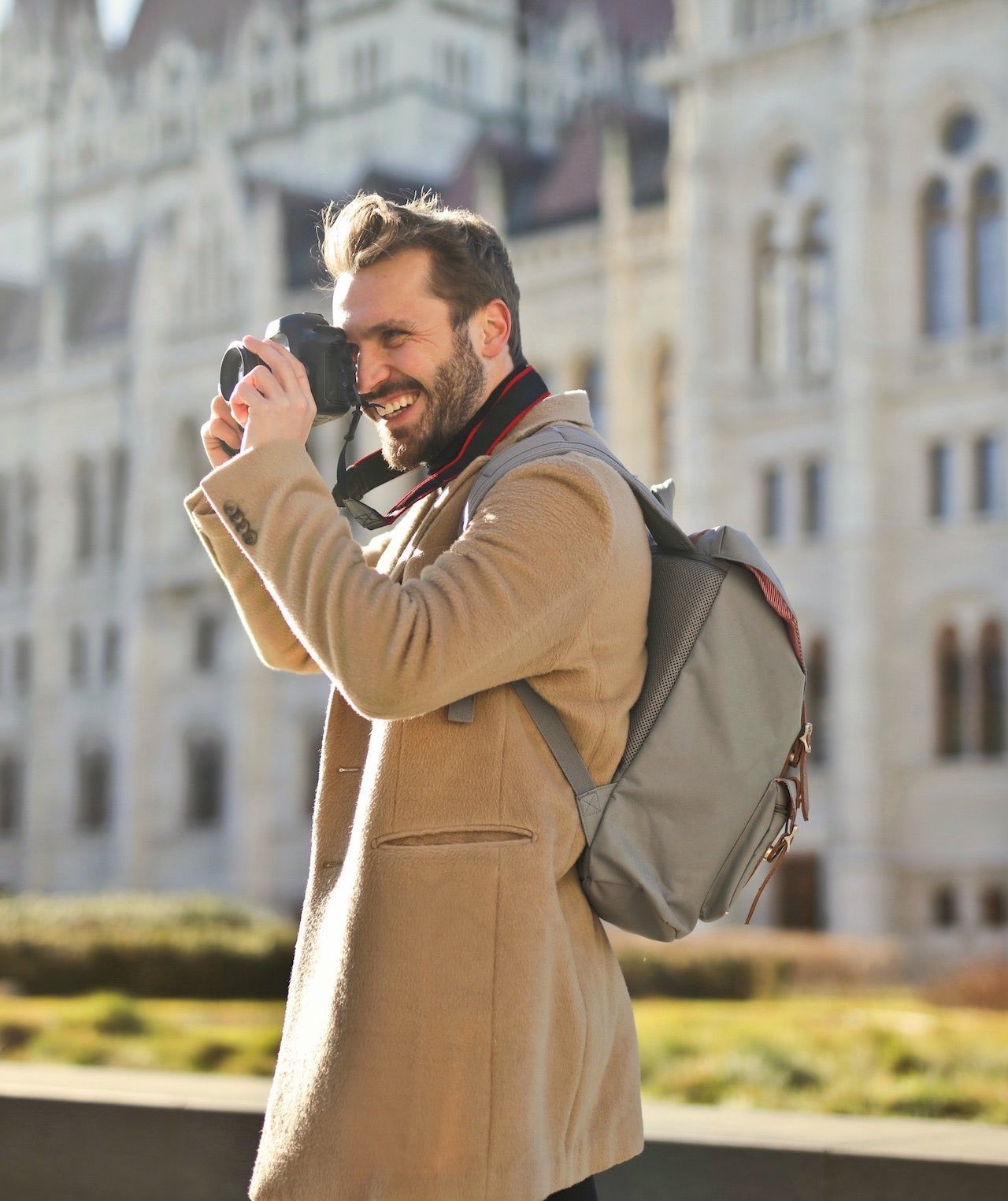 Love travelling, but not so keen on the countless hours of trip planning that go along with curating the vacation of a lifetime? Let Mr Hudson take care of the dirty work for you. Our team of experts will create a tailor-made travel itinerary for you, with all the up-to-date information you need, so you can sit back and enjoy the ultimate holiday. Find out more here. 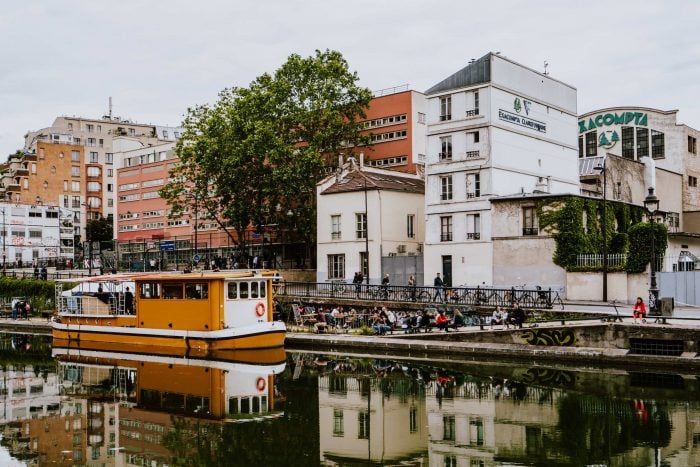 A perfect evening in the 10th - Paris’s new Marais

More and more, Parisian gays are relocating from places like Rue Vielle du Temple and Rue des Archives to an attractive triangle in the 10th arrondissement, squeezed between the Place de la Republique and the Canal Saint-Martin.

The best hotels for wine lovers in France

France and its established wine regions – from Provence to the Riviera, with a celebratory interlude in Champagne – are more than worthy of a visit. 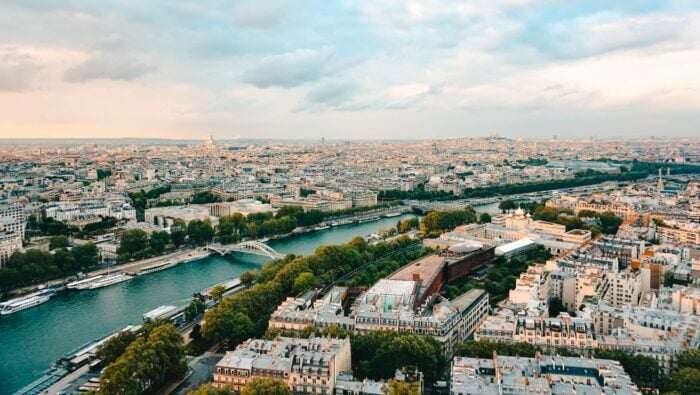 Heading south through France will first reveal medieval old towns packed with castles, then Roman cities and then alpine regions, all of it linked by way of lavender fields and vineyards. Then, you’ve reached the azure Mediterranean coast with its yacht-filled marinas.