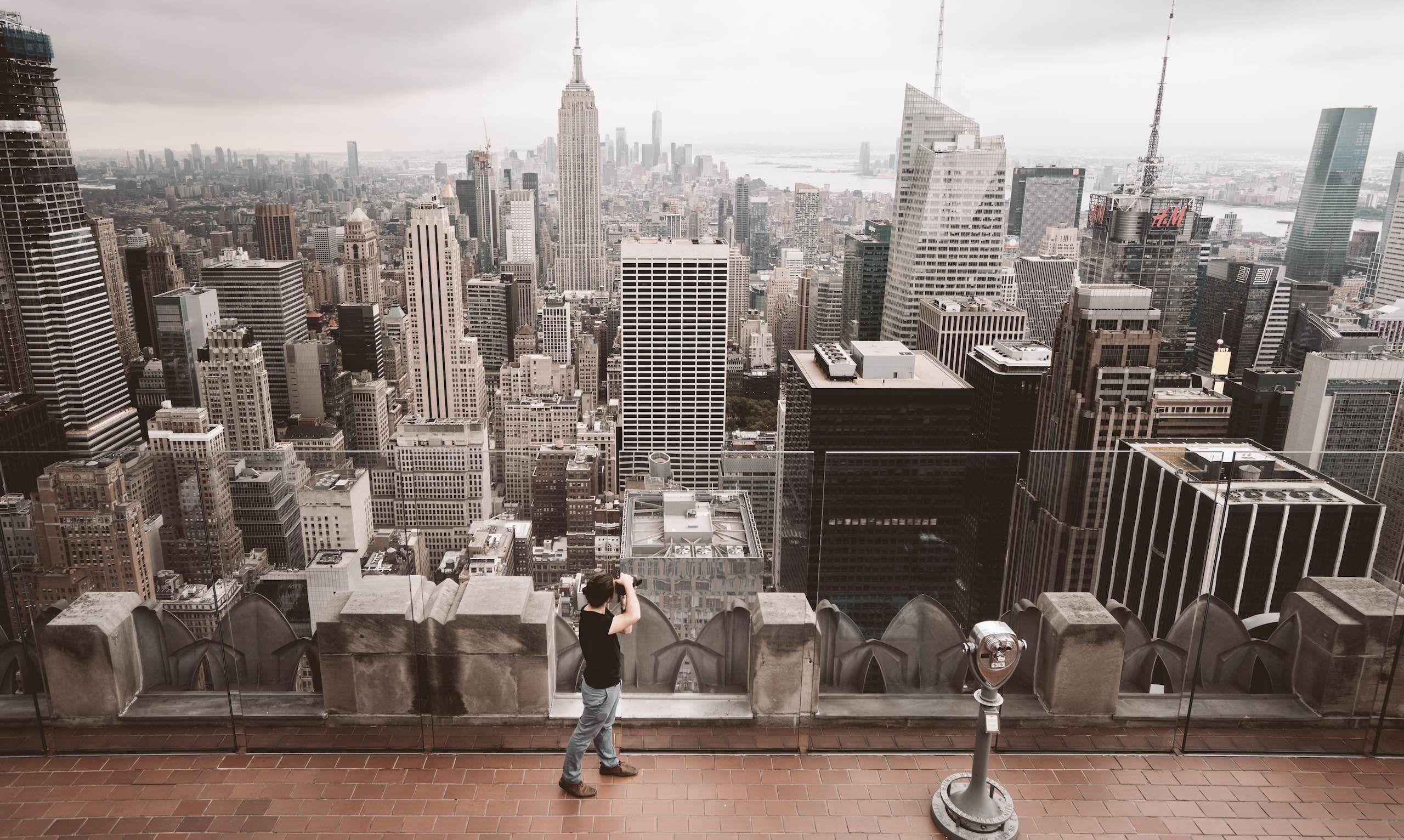 The top 10 instagrammable places in NYC

Be the envy of your friends and the subject of scorn among your enemies with our rundown of the best places to snap that internet-breaking selfie while on vacation in NYC. Though New York looks good from many angles, with classic views of the Brooklyn Bridge and Central Park to keep your eyes twinkling, it’s the smaller, quirkier gems that have us newly excited upon getting re-lost in the world’s number one concrete jungle. See our choice of the top 10 most Instagrammable places in New York below. 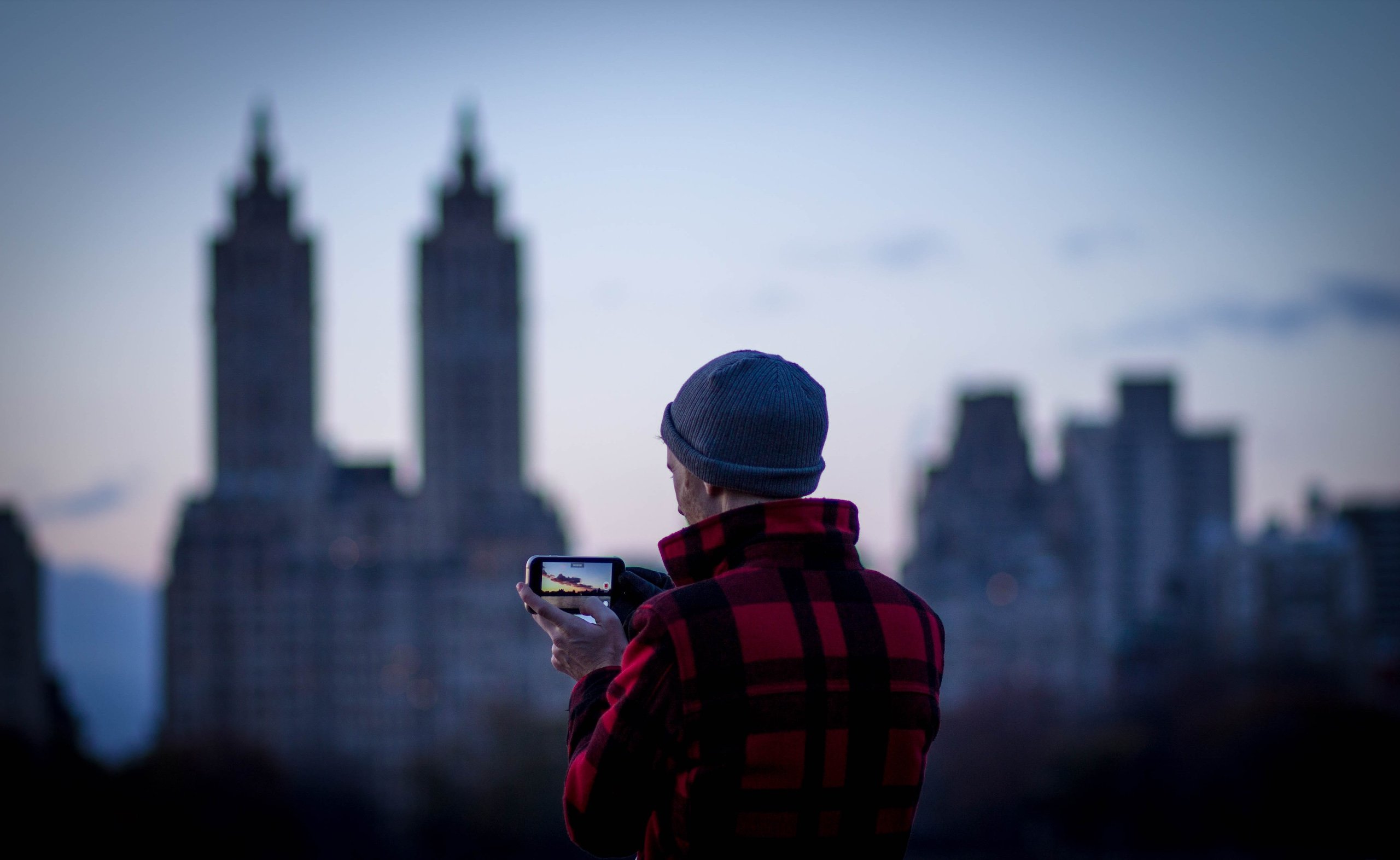 1. The Vessel in Hudson Yards

Inaugurated into the city back in 2019, The Vessel at Hudson Yards has quickly risen to fame on social media thanks to its hive-like structure that visitors can climb and look out from, taking pictures at all angles on the way up. Like an outsize piece of bronzed honeycomb, The Vessel draws eyes from all the other glittering builds surrounding to become one of the key architectural landmarks on Manhattan’s West Side. 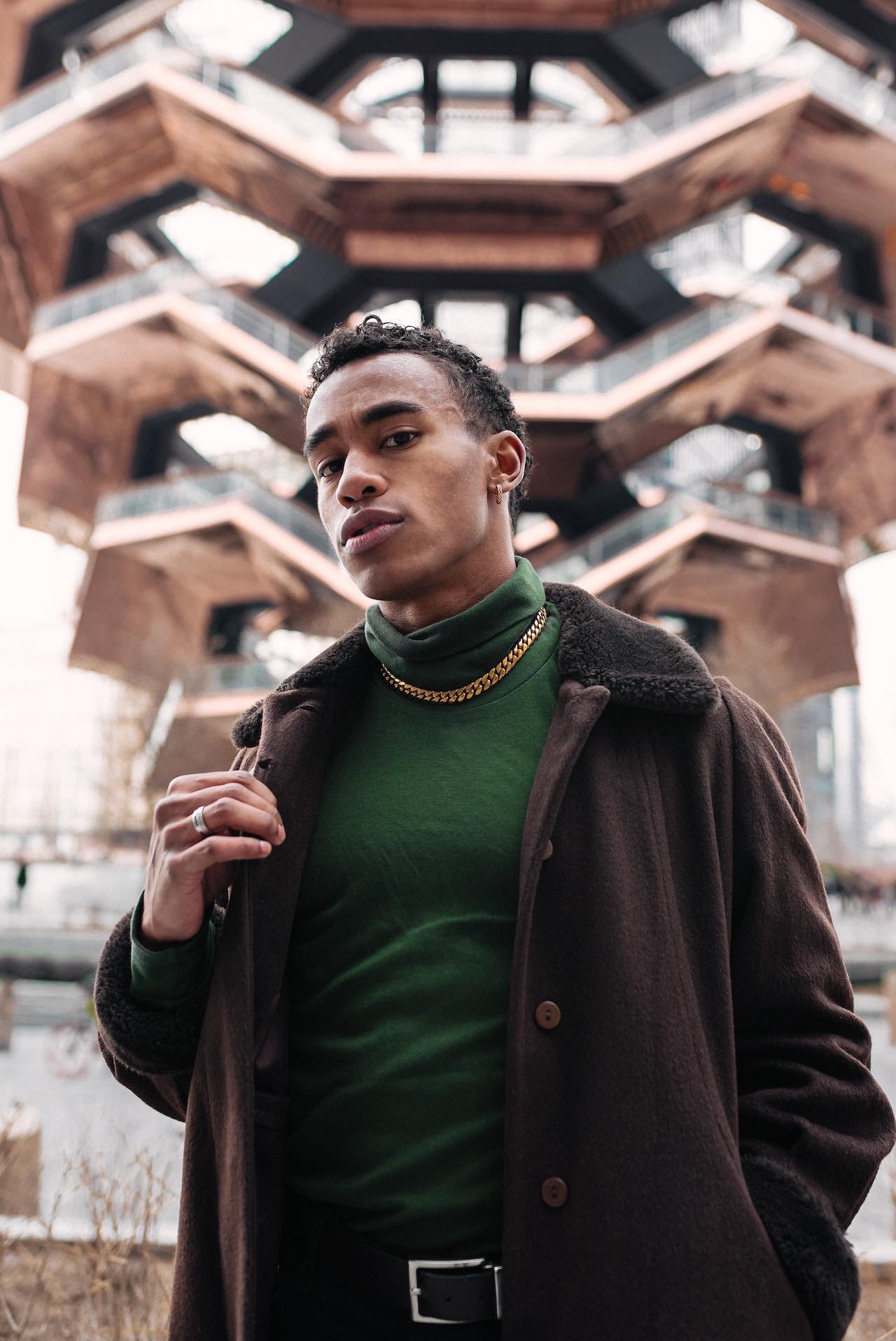 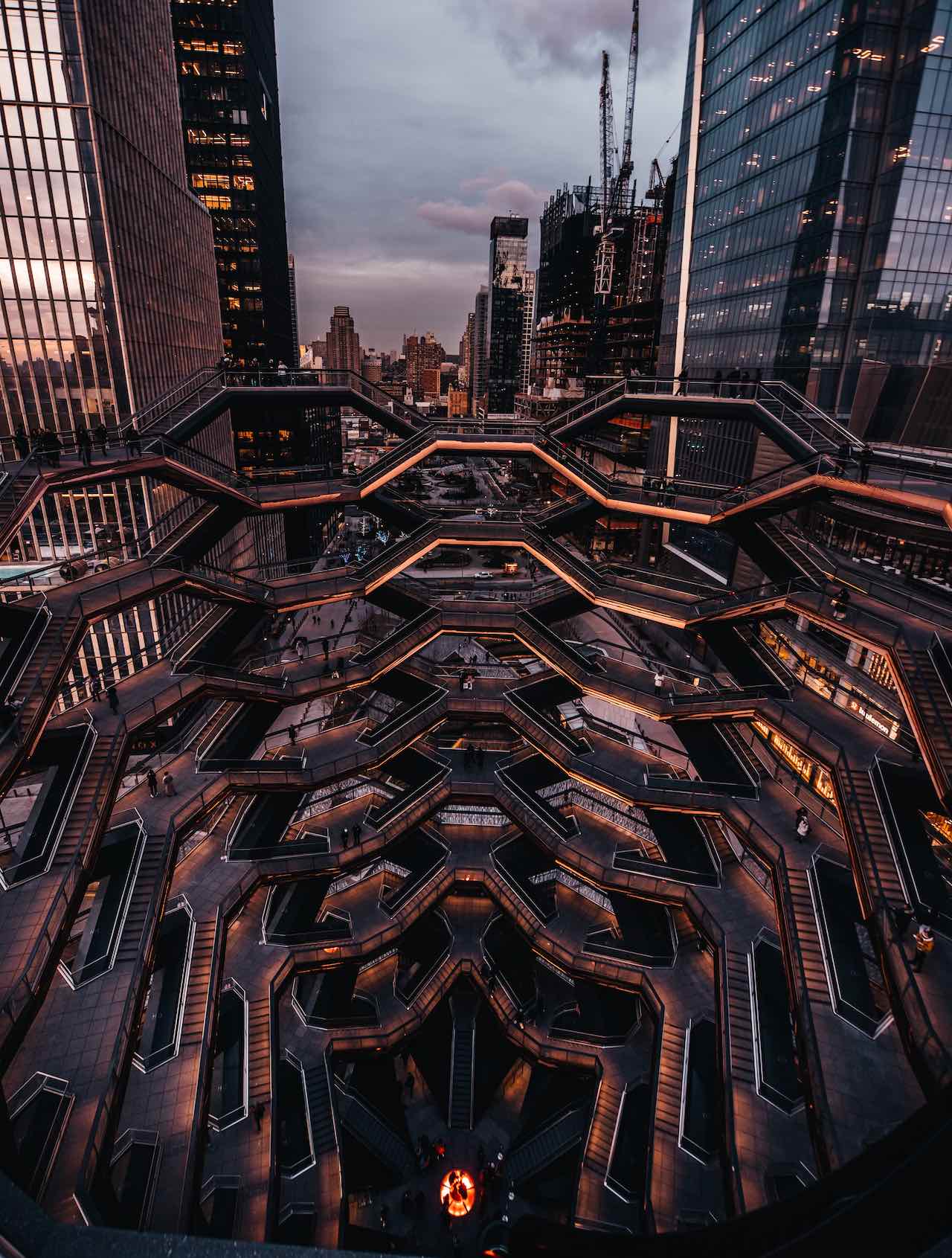 Those looking for a roof with a view need look no further than The Edge and its uber-cool Skydeck opened in 2020. The highest sky deck in the Western Hemisphere at 100 stories tall, The Edge doesn’t come cheap but in return, you’ll be rewarded with panoramic skyline views to rival both the Empire State Building Skyview and the One World Trade Centre deck. The Edge is located at 30 Hudson Yards and costs $36 (USD) to enter. Alternatively, if you’d like a drink with your view, try rooftop bars such as Mr Purple, Jimmy at the James, Westlight, Refinery Rooftop or Bar 54 at the Hyatt.

Back down on earth, where the steam rises from subway vents and yellow cabs navigate between seas of people, New York’s streets delight with their colour and creativity. The street art never remains the same two days in a row, but some of it is good enough to last a generation. Of these pieces, the Audrey Hepburn mural up near Café Roma in Little Italy is a cool spot for a coffee, while the East Village Walls showcase some of the city’s best street artists, such as Hektad. Other spots to seek out include 389 Broome Street’s ‘Gigi’, 205 Chrystie Street’s 205 Club wall and 185 Lafayette Street’s ‘Tiger’ by Sonny, or simply walk through Nolita and SoHo to uncover your own. 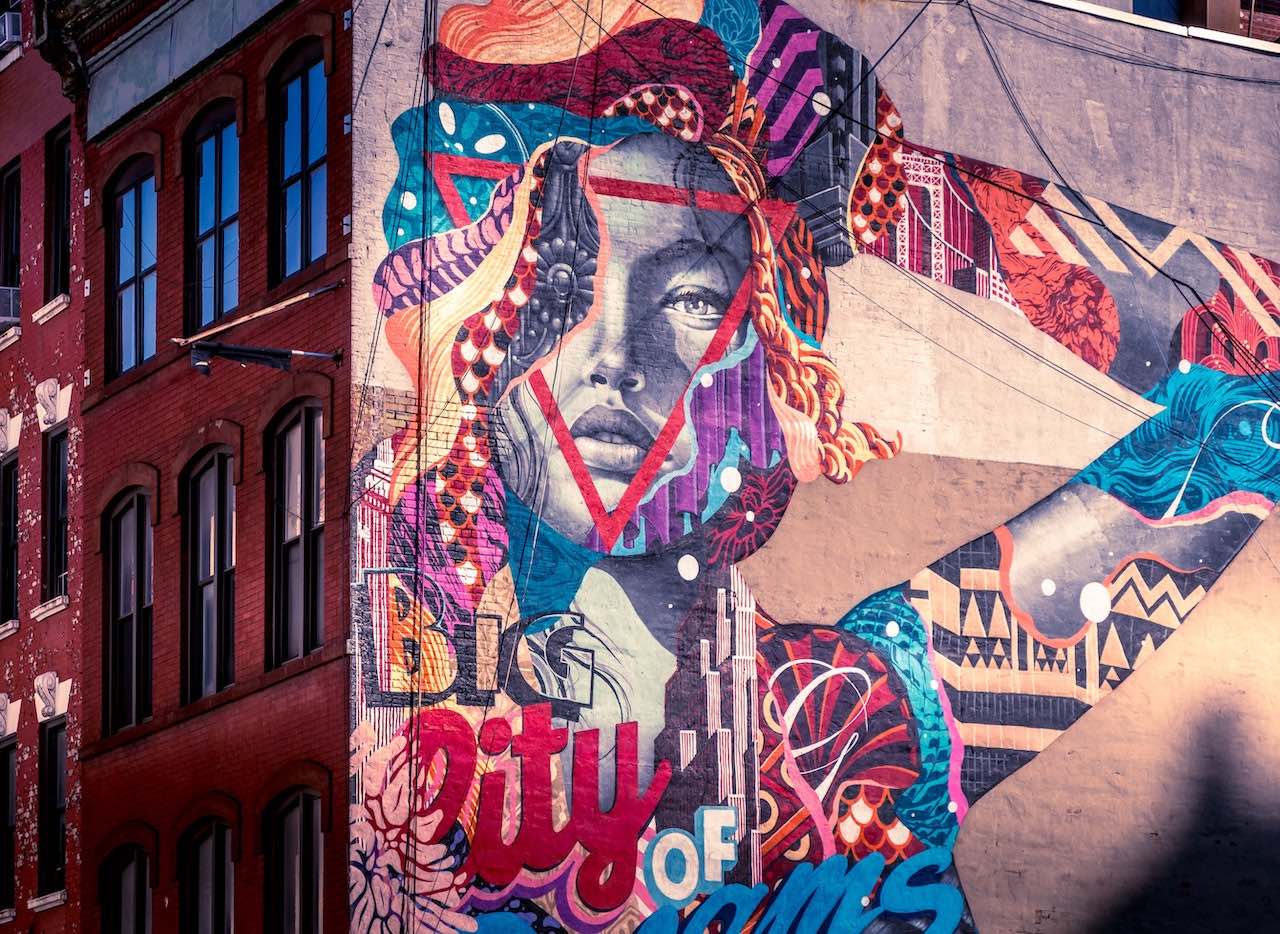 Talking of colourful streets, they don’t come much brighter than in Soho, the district where NYC’s richer hipsters and creatives live among independent hotels and high-end restaurants. Of course, it’s photogenic as hell, what with its cobblestone streets and its beautiful terraces fronted by cast-iron stairs, but certain addresses, in particular, steal our attention. The all-pink corner façade at Pietro Nolita restaurant looks just as good inside as it does out, while the Flower Mural at Mulberry & Prince Street is a Jet Martinez masterpiece. If staying in Soho, try the chic Nomo Soho hotel with day trips to the Leslie-Lohman Museum for LGBTQ art and culture on tap. 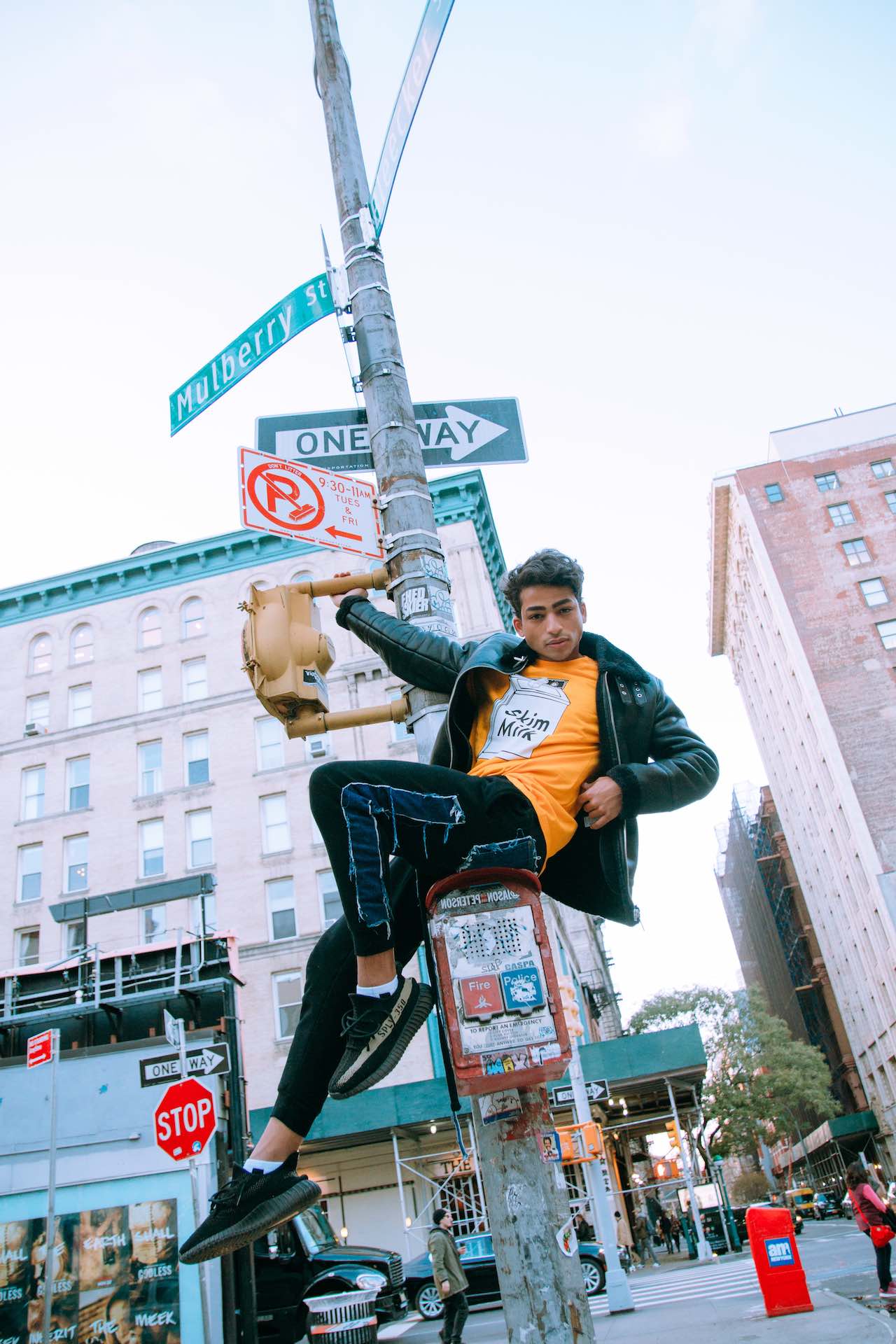 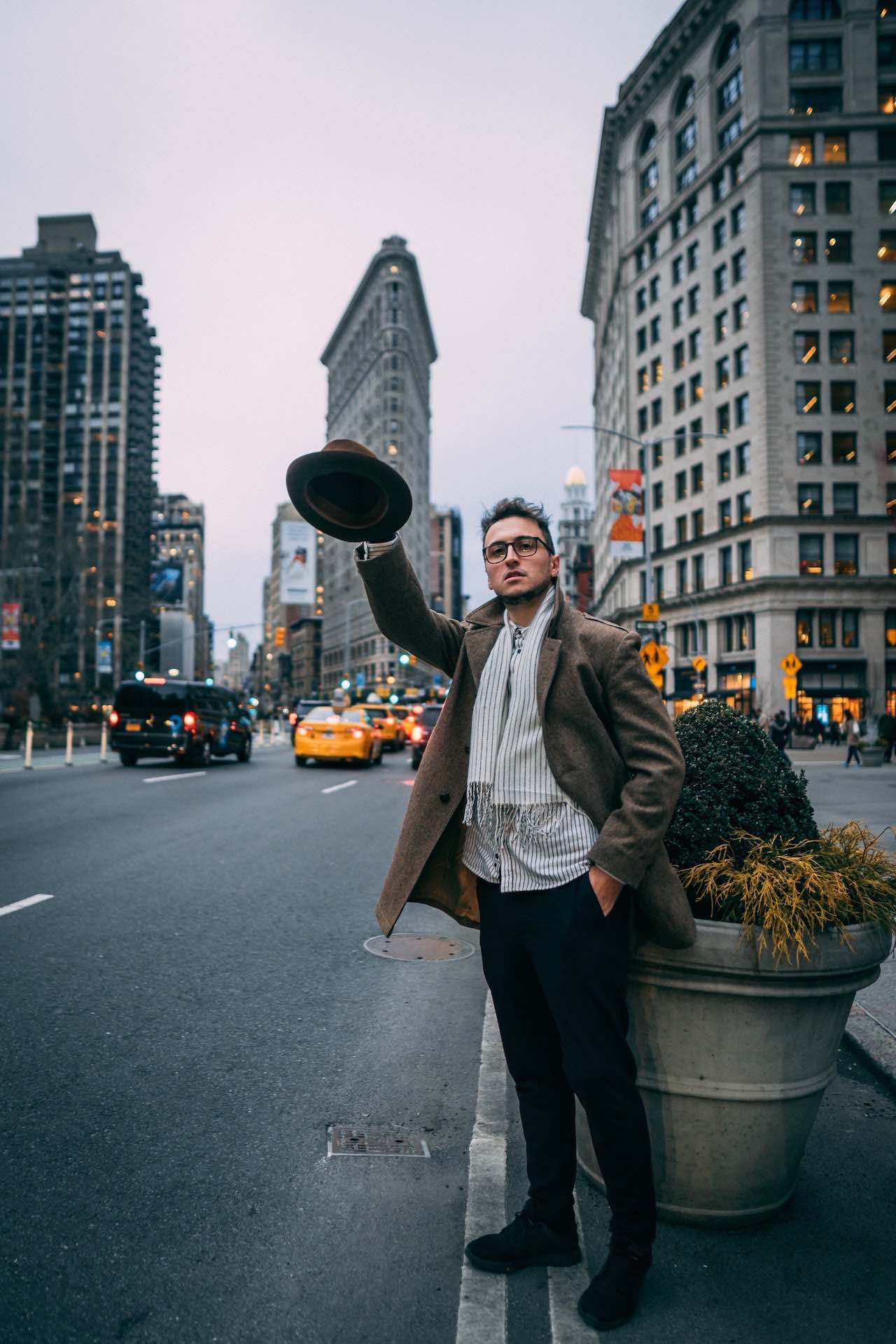 A French lifestyle boutique first and one of the top New York Instagram spots second, L’Appartement Sézane is the place to come for both bloggers and shoppers. A Parisian dream in the heart of NYC’s Nolita neighbourhood, the store takes pride in its cute European décor, the entrance framed by a flower arch (and door security!) which leads off towards the clothing and lifestyle merch.

Though Insta-activism is no substitute for the real thing, snapping a bold shot of the Stonewall Inn is a fine reminder of the “Birthplace of Pride” for your followers. The Stonewall Riots took place in 1969 after years of LGBTQ persecution by police, leading to a revolution of sorts that paved the way for LGBTQ+ rights across the country. The site is now listed on the National Register of Historic Places and a New York City landmark and is also a fully functioning bar, found at 53 Christopher Street. 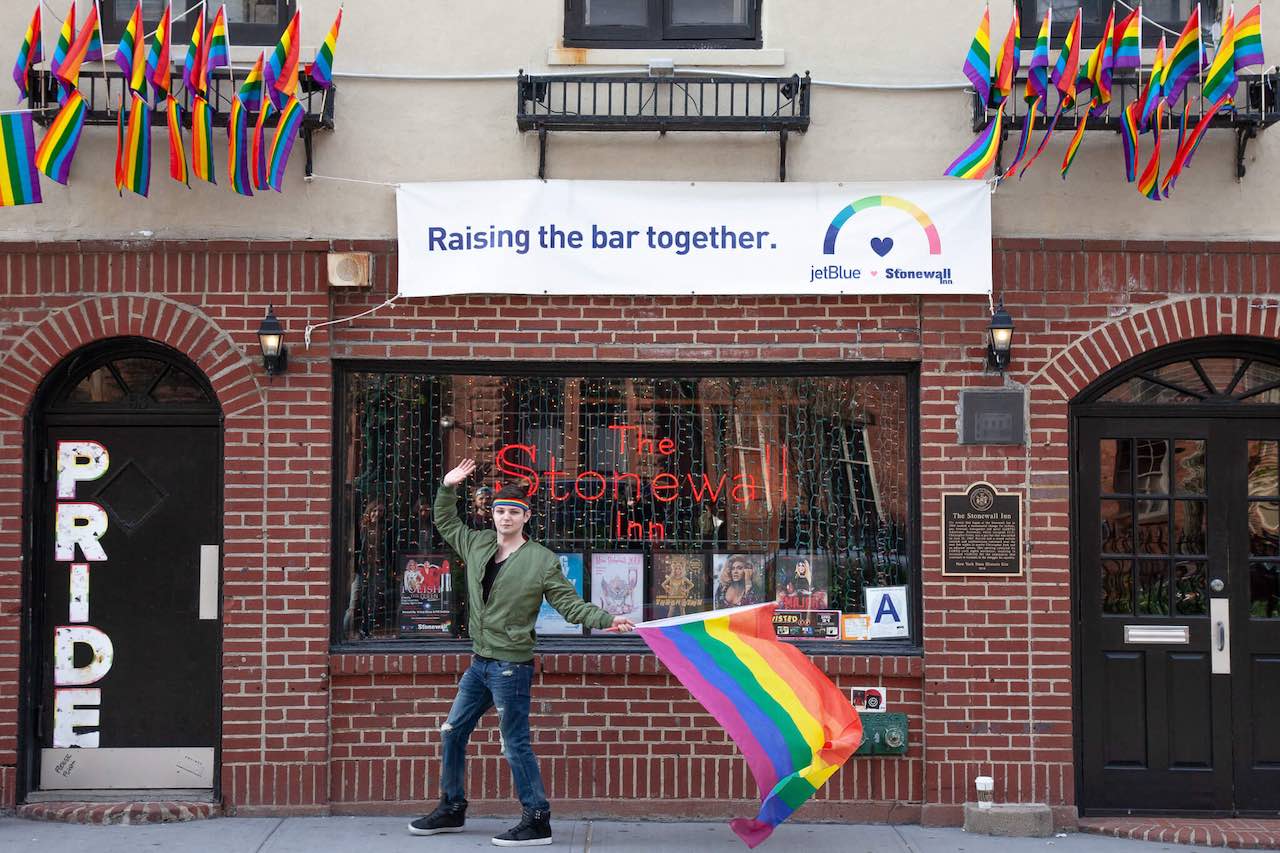 Bringing a touch of beach kitsch to proceedings with its Ferris wheel backdrop and cotton candy props is Coney Island, a short journey south from Brooklyn. Indulge in ultimate 80s nostalgia while on Coney Island, walking the boardwalk with a Nathan’s hotdog in hand or screaming on the Wonder Wheel at Luna Park; whatever pace you want, Coney can provide. Get an all-day wristband for unlimited thrills, or simply spend the day trying to angle both the beach and the carnival colours into frame. 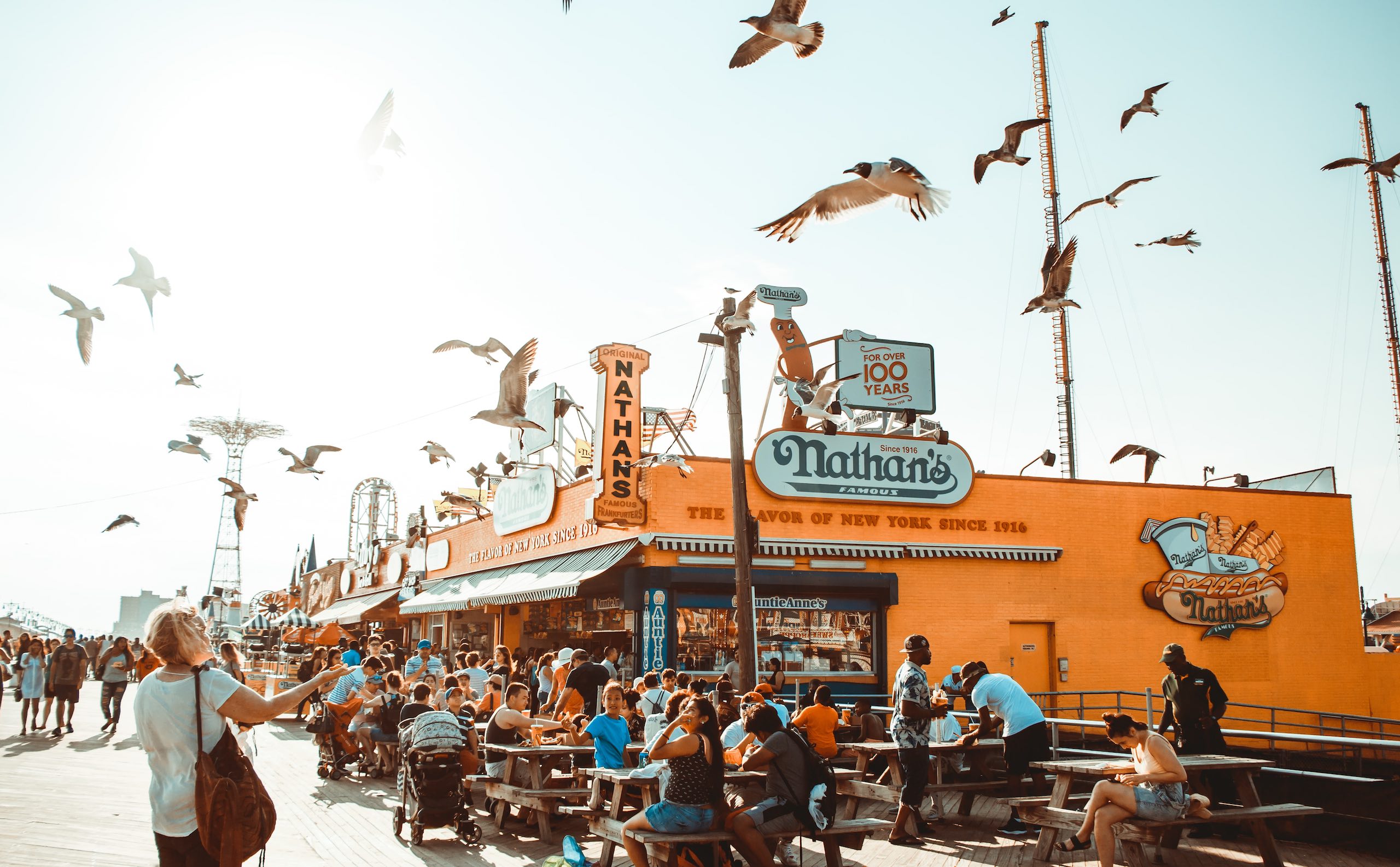 Indulge in ultimate 80s nostalgia while on Coney Island, walking the boardwalk with a Nathan’s hotdog in hand or screaming on the Wonder Wheel at Luna Park

The set for many a NYC rom-com, Central Park has its perks. The biggest oblong of greenery in the central Manhattan area, Central Park serves as a natural refuge for anyone and everyone to escape from the chaos of the city centre. Huge as it is, Central Park is packed with stunning woods, bridges and gardens, all asking to be photographed and posted online. Top sites to snap include the Bow Bridge, Bethesda Terrace and Fountain, with “The Mall” walkway becoming crazy popular come fall. In spring meanwhile, cherry blossom is the trend, with long shots of Belvedere Castle and Gapstow Bridge to compliment. Take a row boat out on the water for even more peace and all the better panoramas. 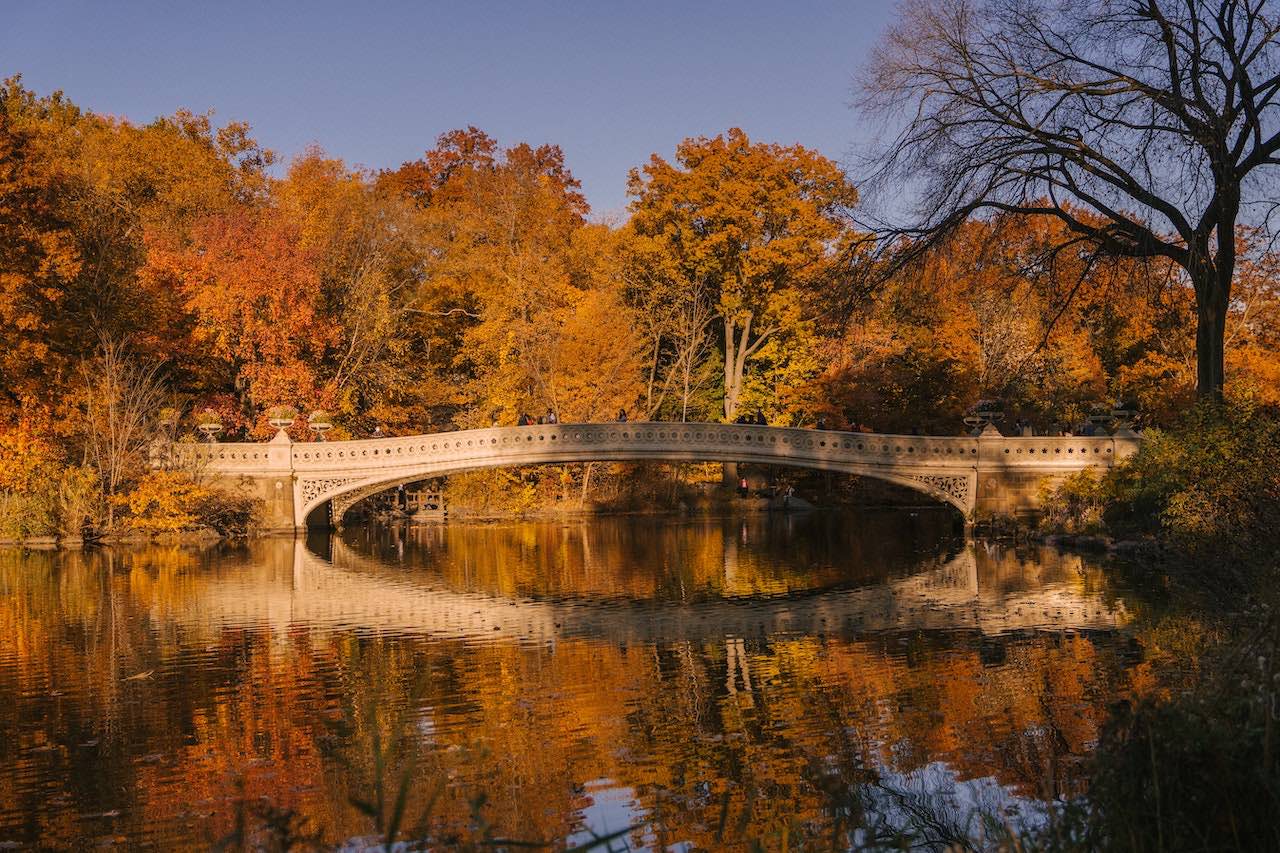 The world-famous Brooklyn Bridge is visible from all over Manhattan and a key landmark for locals and visitors alike. It’s one of the oldest bridges in the US with an iconic design just asking to be papped. Go early to get the best views and the fewest number of people to ruin your shots, walking the length to reach DUMBO in Brooklyn. DUMBO refers to “Down Under the Manhattan Bridge Overpass”, an area boasting only good angles, particularly when the Empire State Building frames perfectly in the background. 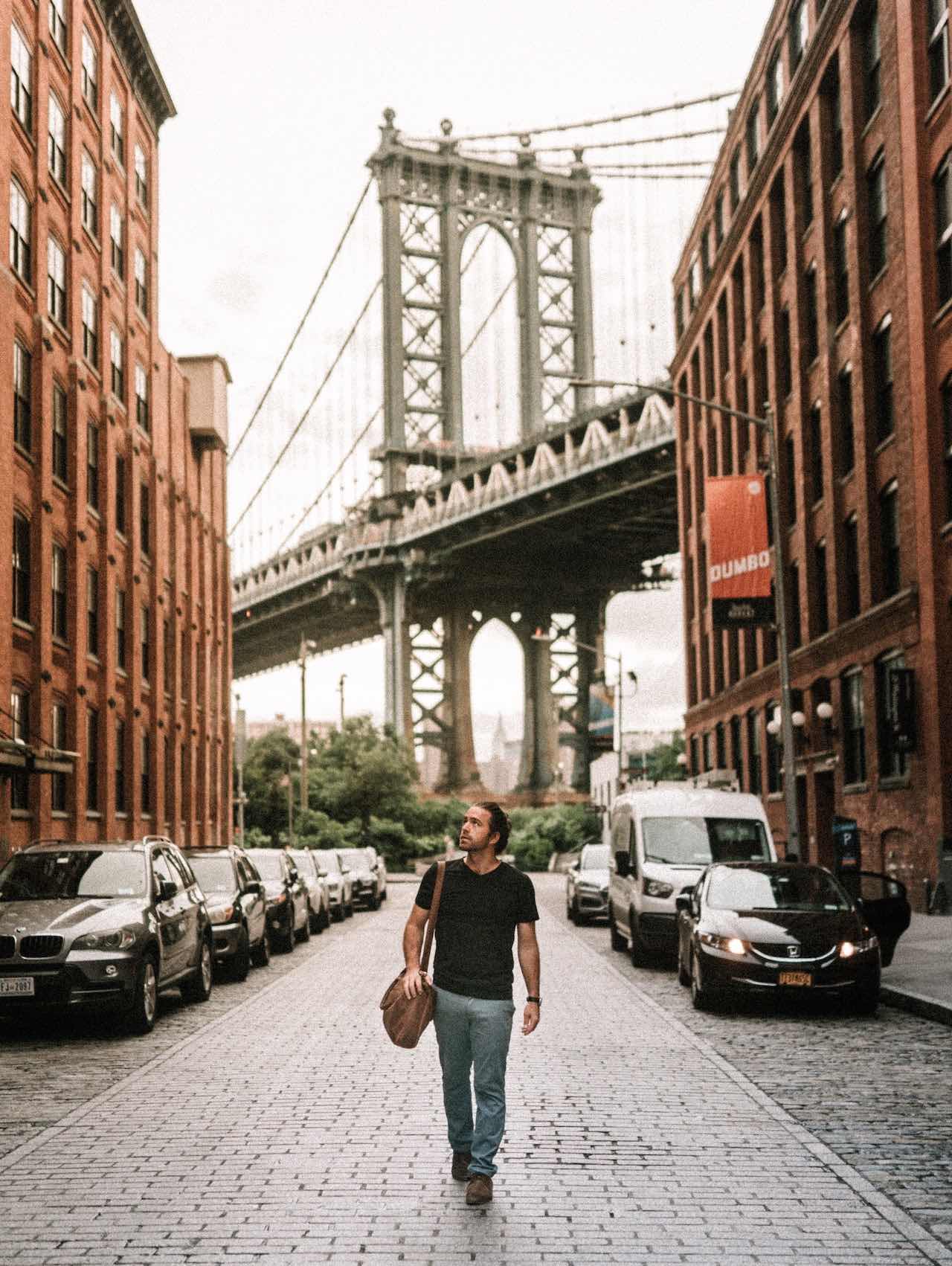 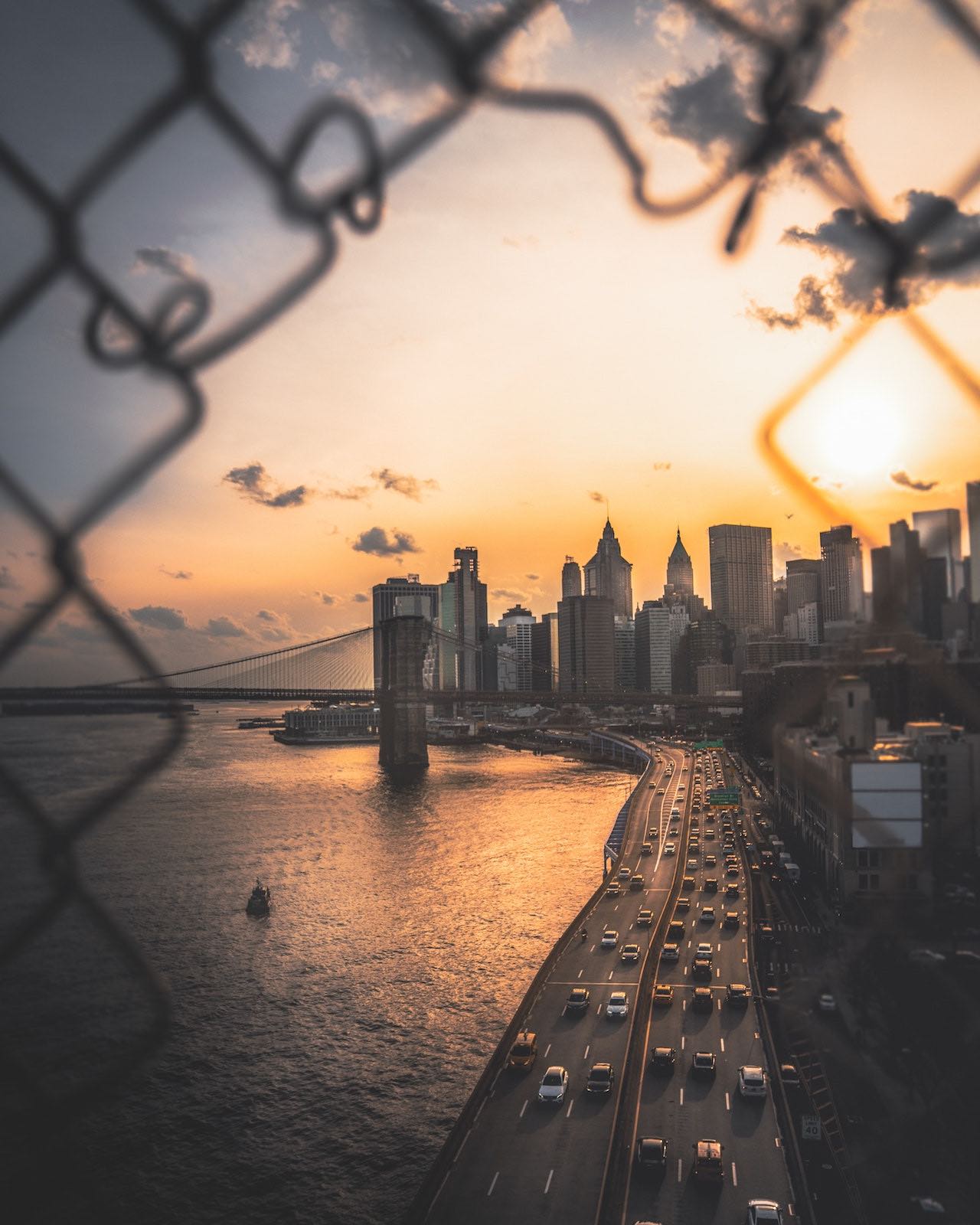 The last of our top NYC Instagram spots goes skywards towards the Top of the Rock for sweeping vistas over the city’s skyline. Top of the Rock Observation Deck spans the 67th to the 70th floors of the Rockefeller Centre at a cost of $45 (USD) per person. Though pricey, these are some of the best views you can get over Central Park and the Freedom Tower, also boasting something the Empire State Building can’t; views of the Empire State!

Discover more things to do and see in the big Apple with our full New York City Guide. 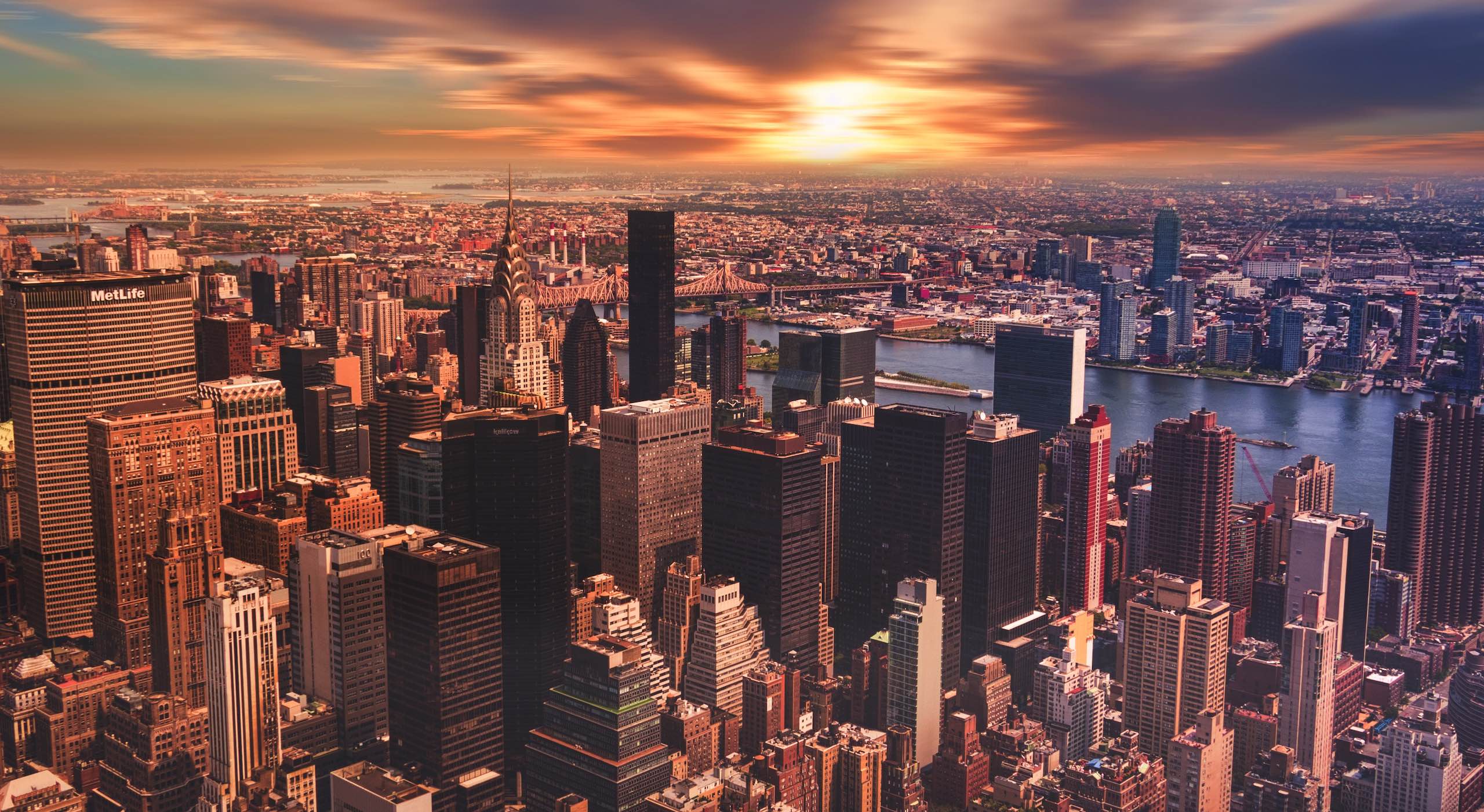 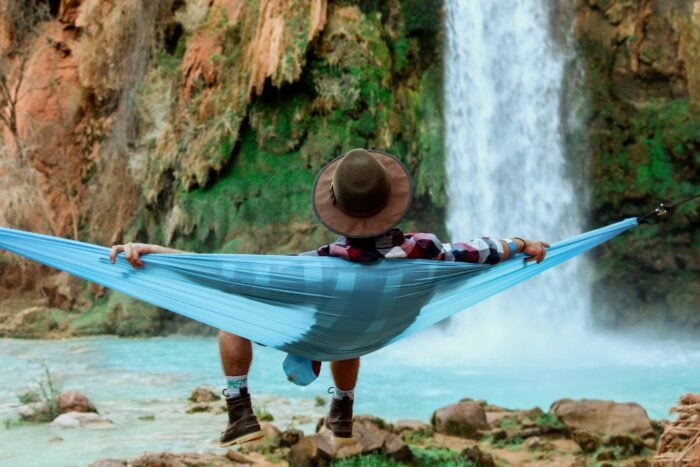 How to eliminate stress from your vacation… and leading up to it!

The whole point of taking a vacation is to de-stress and take better care of your mental health. Why, then, is the planning aspect of a getaway, as well as the prospect of travelling, often so stressful in itself? 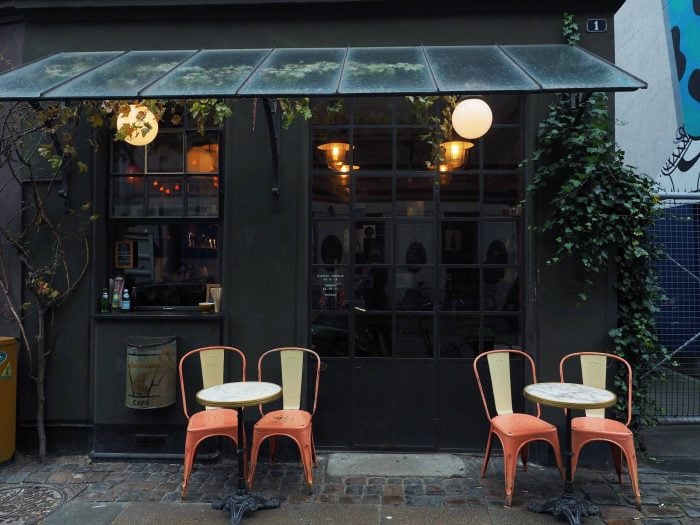 The best coffee in Copenhagen

Although practically every corner in Copenhagen is home to a coffee shop, finding a cup of quality blend isn’t necessarily the easiest thing in the world. 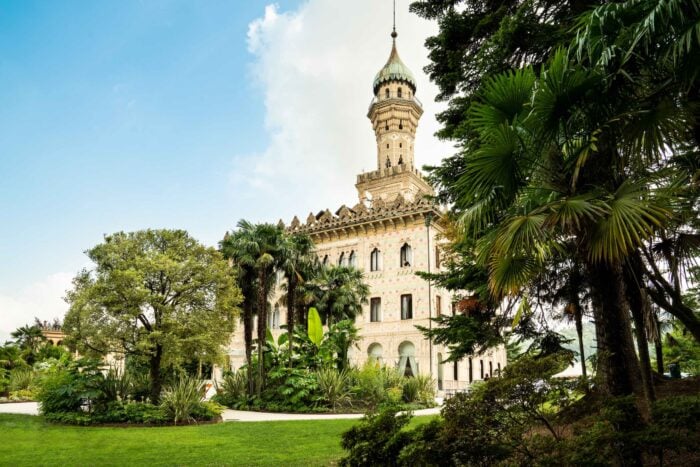