Madagascar boasts three distinct ecosystems in landscapes including verdant rainforests, yawning canyons, limestone karsts, and tiered halls, all wrapped with 5,000 kilometres of stunning coastline. First colonised by humans less than 2,000 years ago, Madagascar’s incredible vistas are dotted with local villages with lively cultures. On top of friendly locals, Madagascar is home to flora and fauna that can’t be found anywhere else on the planet, best discovered in the island’s 47 picturesque national parks and reserves. Remarkable creatures here include over 100 species of lemurs and over 340 types of chameleons. And the plant life is no less diverse, highlighted by the prehistoric spiny forests and baobabs in the south.

While it’s worth spending time in populous places like the capital, Antananarivo, attractions like the Anja Community Reserve and the Isalo National Park make Madagascar a nature lover’s paradise. Biologists are still discovering new and exciting species on this island, meaning you’d need more than a lifetime to get to know it in detail. But in ten days, you can explore awe-inspiring highlights like Ifotaka, the Andasibe-Mantadia National Park, Antananarivo, and much more.

Madagascar at a Glance

Home to just about all possible landscapes and ecosystems with wildlife and flora that is endemic to the island, Madagascar is a paradise for outdoor enthusiasts, especially when popular activities include biking, kitesurfing, diving, climbing – you name it. Long-distance, off-road trails provide the best way to get a glimpse of Madagascar’s villages, natural vistas, wildlife and culture. No matter where you are, you’re probably not far from an idyllic beach. Besides nature, Madagascar boasts a rich history, having been settled by Indonesian sailors, ruled by the French, and becoming independent in 1960, and plenty of attractions showcase the nation’s dynamic heritage.

From April to October, temperatures average 19 to 21 degrees Celsius, which, coupled with bright days, create the perfect conditions for water sports, wildlife watching and hiking. Surfers prefer to visit during April and May, while the diving season takes place in August and October. November to March sees torrential rainfall and cyclones, and temperatures frequently exceed 30 degrees Celsius – we’d avoid visiting during the hot rainy season unless you’re on a tight budget.

Bear in mind that you might need a visa to enter Madagascar, which costs around $25 on arrival for most nationalities. Keep an eye on health and safety advice. You might want to get vaccinated against yellow fever and bring anti-malarial medication. You’ll definitely need light, long-sleeved clothing and insect repellent when exploring rural areas. Also, stick to drinking clean water, and avoid using ice cubes.

Homosexuality is legal in Madagascar, making it safe for gay travellers, although overt displays of affection are considered culturally inappropriate. You won’t find any official gay hangouts on the island, but the Mojo Club and the Hilton Hotel in Antananarivo are popular meeting points.

All travelers to Madagascar need a visa. 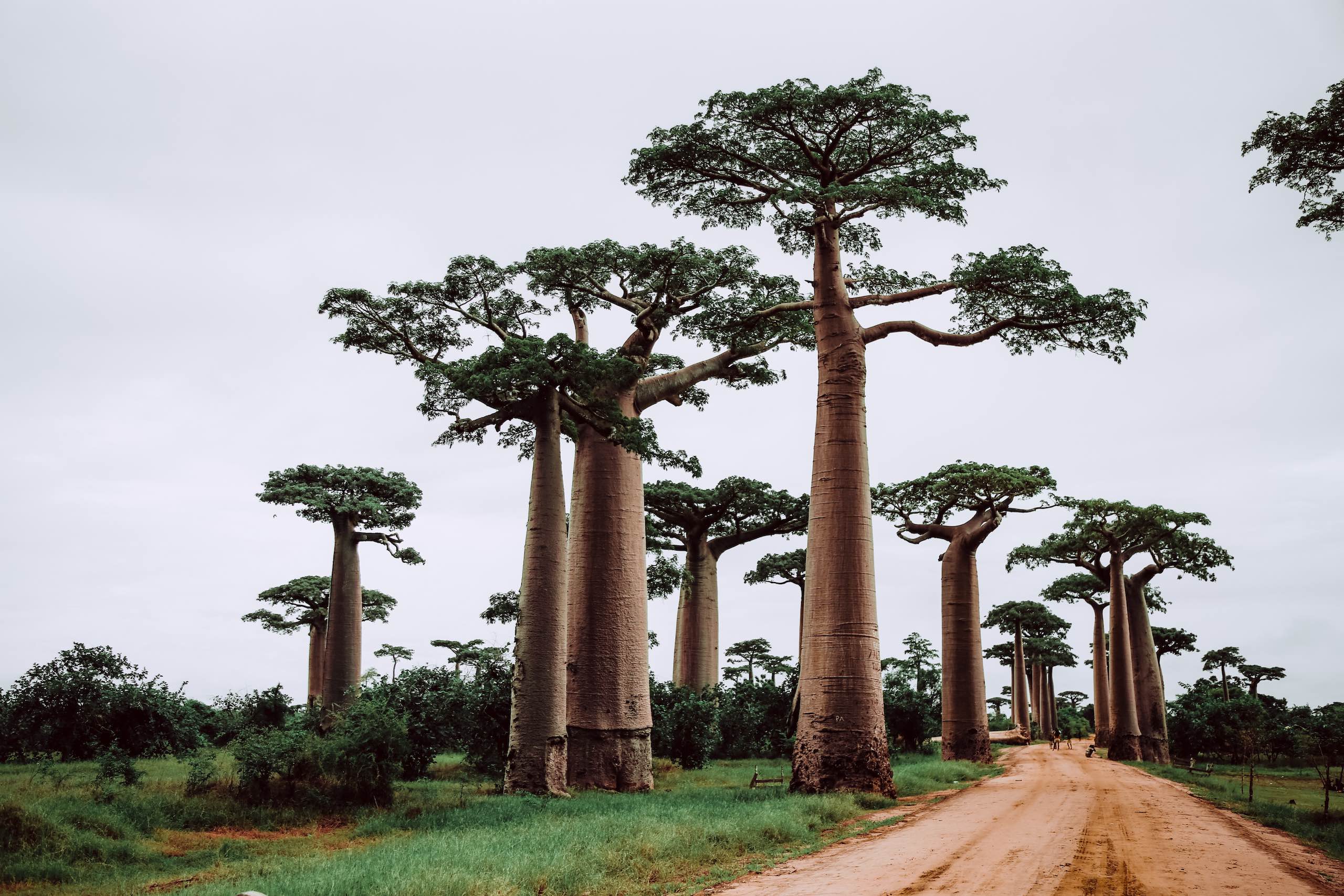 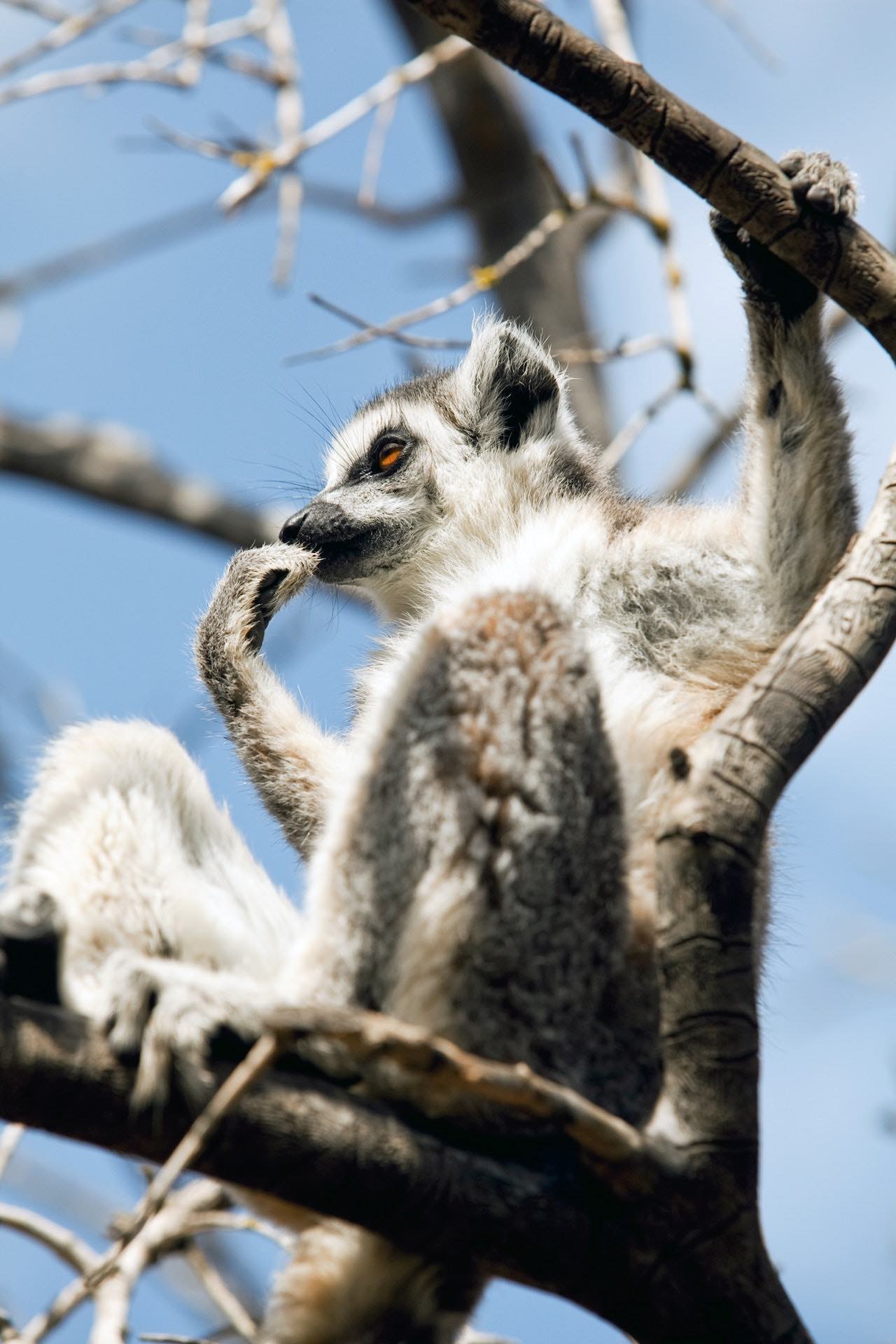 This ten-day Madagascar travel itinerary will take you on a round-trip from Antananarivo, stopping in destinations including the Isalo National Park, Ifotaka, and the Andasibe-Mantadia National Park along the way.

After checking into your hotel in Madagascar’s capital in the Central Highlands, take the rest of the day to explore highlights such as the royal palace of Rova of Antananarivo. 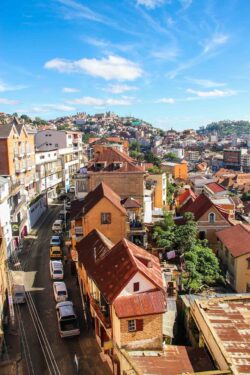 Rise early to take a private flight to Isalo, where you’ll then travel to your hotel. During your time in Isalo, you’ll explore deep sandstone canyons, rare endemic plants, lemur habitats and historic sites of the Bara tribe. 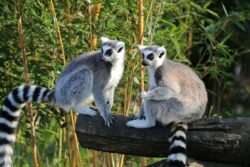 After breakfast, join a full-day guided tour of the Isalo National Park, home to diverse tropical vegetation, rolling plains, stunning rock formations, and wildlife including 80 species of birds, 35 reptile species, and much more. You can also visit rock pools and geological landmarks like the Canyon des Singes. 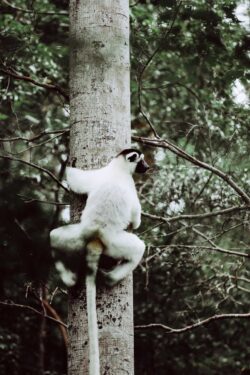 This morning, you’ll fly to Ifotaka in the south of Madagascar. We suggest staying at a tented camp with views of the Mandrare River. In the evening, join a guided walking tour through the prehistoric spiny forest, where you might be lucky enough to spot nocturnal lemurs. 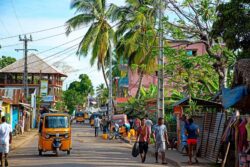 After breakfast, sail along the Mandrare to a deciduous forest that’s home to ring-tailed lemur and sifaka populations. Return to camp to eat lunch and relax by a natural pool. Then, roam through a sacred forest to Antandroy tribe ancestral tombs, soaking up the island’s endemic fauna along the way. 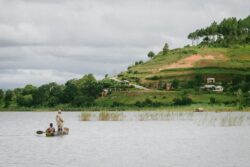 Venture into the forest early in the morning to witness the sunlight breaking through the octopus trees that provide homes and playgrounds for endemic birds like vanga and coua. After breakfast back at camp, visit a local village market to get to know the Antandroy tribe. In the evening, enjoy a sundowner amid the baobabs, with views of the sunset backdropped by the mountains in the distance. Then, watch a cultural show that shines a light on Antandroy culture. 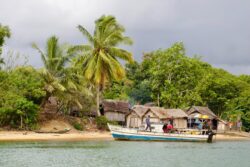 After flying to Tana in the morning, you’ll travel to the rainforest-situated Andasibe-Mantadia National Park, home to the Analamazaotra Reserve that provides a habitat for indri lemurs, Parson’s chameleons, ferns, and rare orchids. Follow the trail through the dense forest and by lakes to reach the Sacred Waterfall. After, check into your hotel and enjoy the rest of the day at your own leisure. 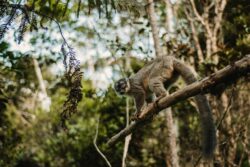 This morning, prepare a picnic to enjoy at Mantadia National Park while keeping your eyes peeled for rare species of lemurs. Expect to face challenging trails that reward you with picturesque natural sights of forests without the crowds. We recommend eating your picnic by the Rianosoa Waterfall. Return to your lodge after lunch. At night, embark on a guided tour into the forest to search for nocturnal moose and lemurs. 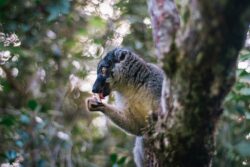 Today, explore the famous Perinet Reserve, where you’ll keep your eyes peeled for up to 11 lemur species. Also, try to spot reptiles, mammals, birds, and over 1,000 species of orchids. 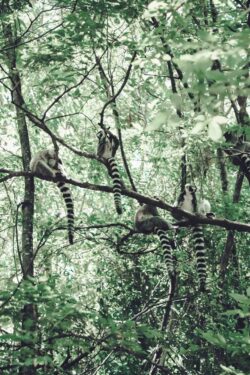 Today, you’ll return to Antananarivo, from where you can catch a flight home. 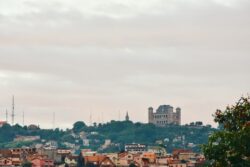 Get in touch if you would like us to arrange your Madagascar trip. Did you have a different Madagascar itinerary in mind? No problem. We tailor every trip to your individual travel style and passions so just let us know what you’re looking for. 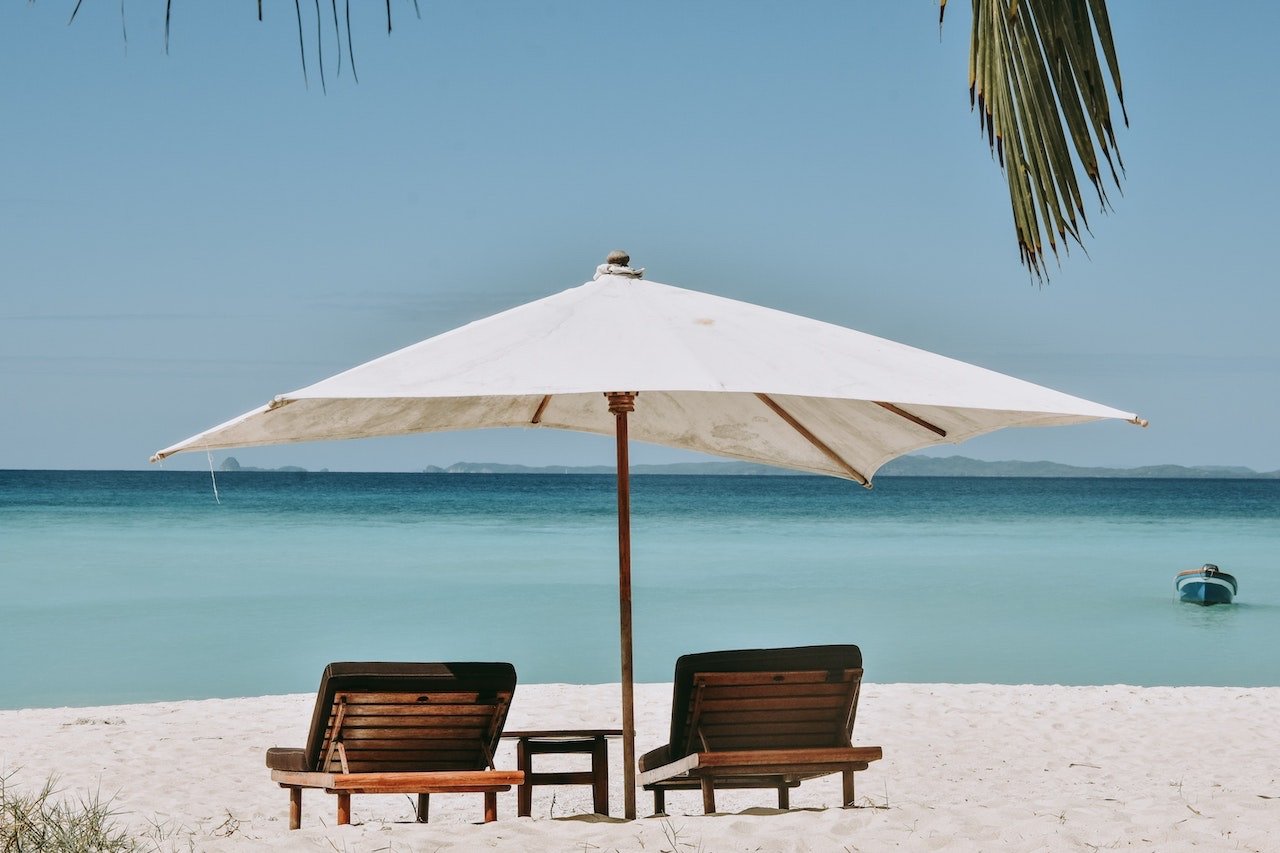 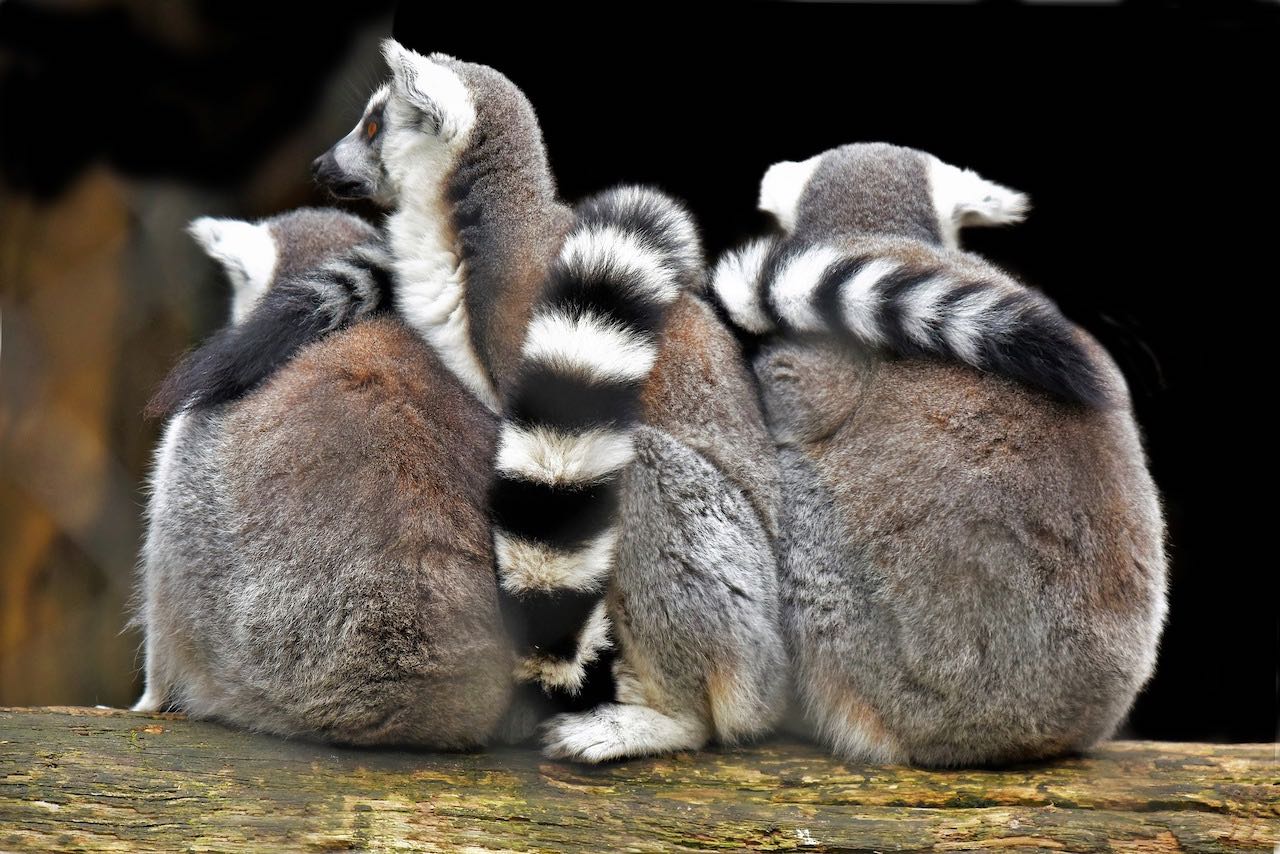