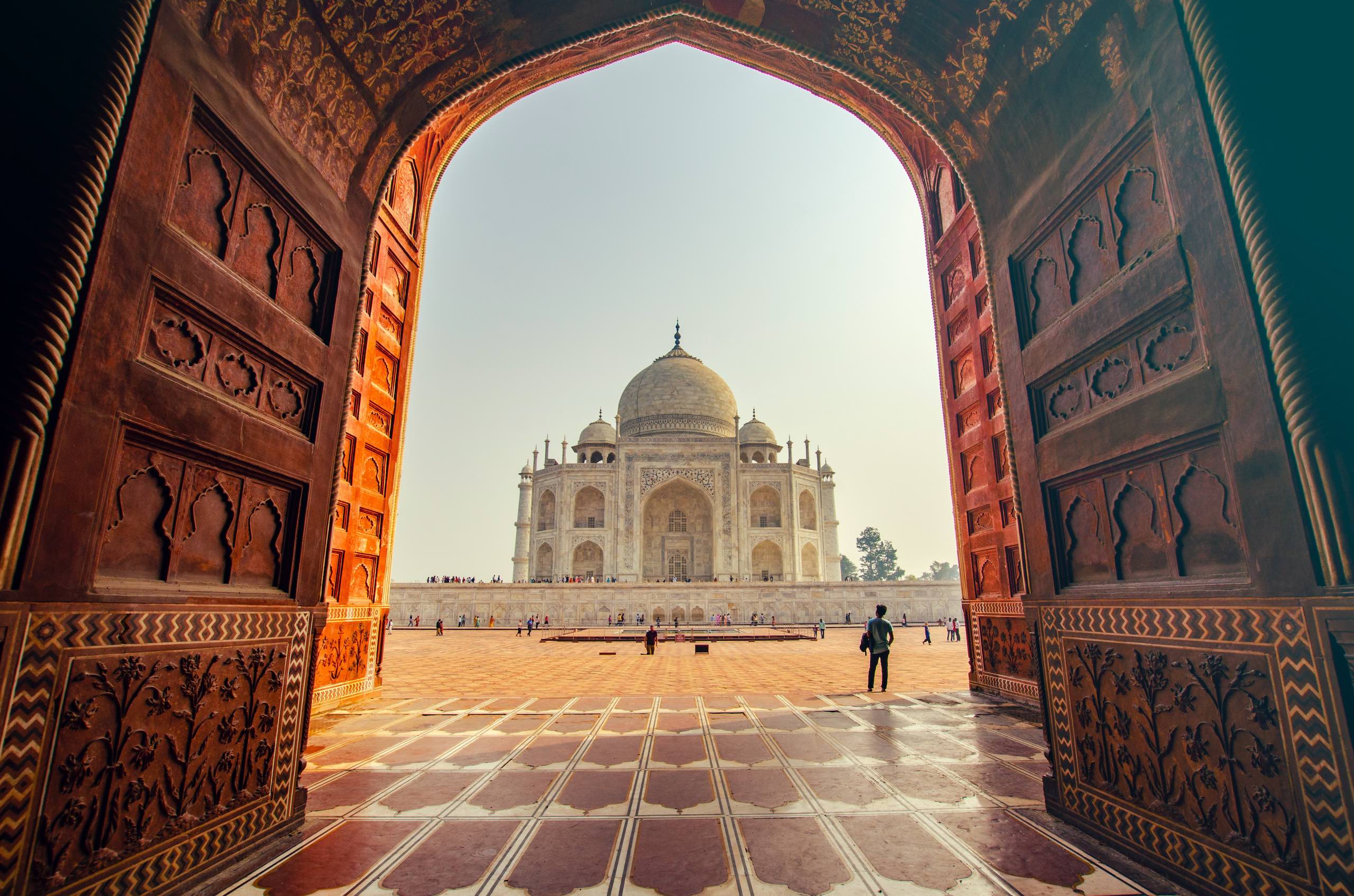 Tailor-Made India: The Taj Mahal & Beyond

From frantic metropolises like the seaside city of Mumbai and the colonial-style capital of Delhi to the ancient relics of Jaipur and UNESCO-listed sites like the Taj Mahal, there’s plenty to be seen in the fascinatingly diverse nation of India. While journeying north from Mumbai, you can gain insights into the ancient Mughal empires through to more modern cultural institutions like Bollywood. You can also stay at award-winning hotels, ride a rickshaw through a famous bazaar, soak up tea-strewn landscapes, enjoy a tipple atop a rooftop bar, and sail along famous waterways. And while you’re here, you’d be mad to miss out on India’s world-famous gastronomy.

You’d need a lifetime to see all the highlights and hidden corners of the world’s second-most populous nation, but 11 days is enough to squeeze vibrant megacities, ancient ruins, beach visits, and plenty of local culture into your trip.

India at a Glance

It may come as no surprise that the Indian subcontinent is subject to a broad range of weather conditions, from alpine climates in the Himalayas to the tropical beaches of the deep south. No less diverse than the weather is India’s cultural traditions. Hinduism and Islam have the most followers, but Sikhism, Christianity and more are widespread, as is reflected by India’s vast array of religious monuments. While Indian cuisine is famous the world-over, it’s worth remembering that each region has its own unique spin on gastronomy – and it’s all mouth-wateringly tasty. Parades, festivals and historical landmarks add to India’s excitement, as does that fact that the nation’s cities flick from fascinating to frustrating and back rather quickly. The best time to visit India depends on where you want to go, though between November and February is a good option. Bear in mind that December and January is the peak season. The Himalayas are busiest during summer.

Homosexuality became decriminalised in India in 2018, overturning oppressive colonial-era laws that were introduced by the British and remained in place for over a century. Before colonialism, India had accepted homosexuality into societal norms and Hinduist beliefs. We may be seeing a return to this tradition, particularly now that India also recognises third genders, but there’s still a little way to go before Indian society, which is conservative overall, holds welcoming attitudes towards the gay community. Things are getting better, but homosexuality remains frowned upon in many places, including big cities. But then again, so are public displays of affection, regardless of sexual orientation. It’s best to practice discretion and respect local customs during your stay, but gay couples shouldn’t be put off travelling through the amazing nation of India, particularly if you choose 4 and 5-star hotels.

Citizens of Canada, the EU and the US need to get a visa before travelling to India. 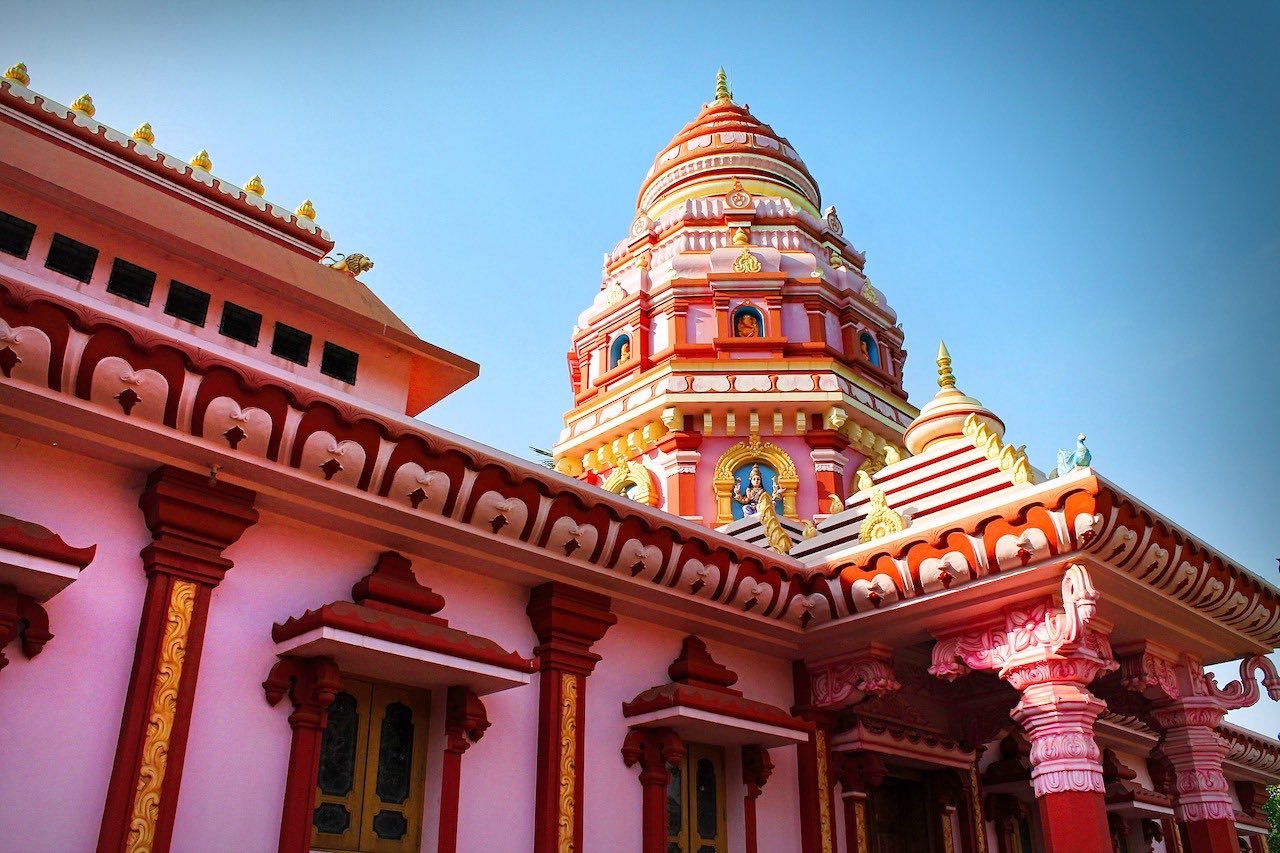 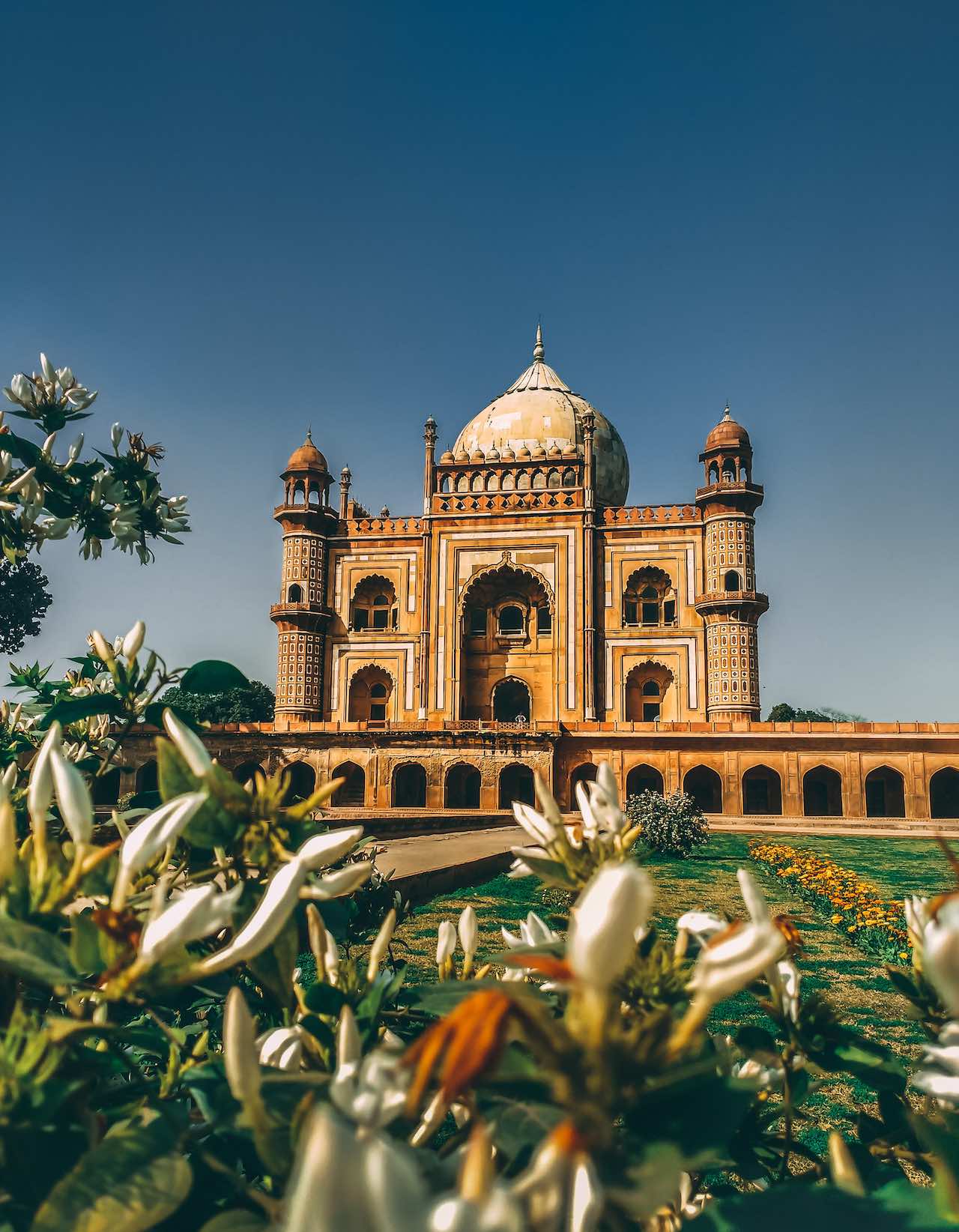 This 11-day India travel itinerary will take you from Mumbai to Delhi, stopping in destinations such as Elephanta Island, Udaipur, Jaipur, and Agra along the way.

When you arrive in Mumbai, check in to your hotel and enjoy the rest of the day at your own leisure. 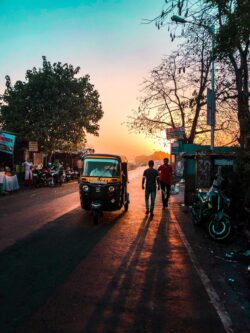 The Highlights of Mumbai

Today, tour Mumbai to see the city’s highlights. On top of colonial-era buildings, you’ll see the UNESCO-listed Chhatrapati Shivaji Terminus – previously called the Victoria Terminus – and the upscale residences of Malabar Hill and Marine Drive. Then, learn about the life and work of Gandhi at the Mani Bhawan Museum before browsing carved ivory plus Tibetan and Nepalese art from the 18th and 19th centuries at the Chhatrapati Shivaji Museum. Finally, observe local life while taking photos of the Dhobi Ghat, a well-known colourful outdoor laundry. 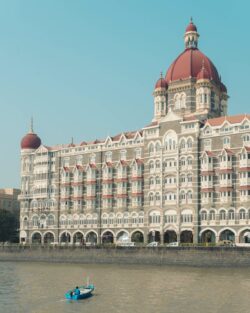 From Mumbai Harbour, take a one-hour boat ride to the UNESCO-listed Elephanta Island to see intricate cave temples dedicated to the Hindu sun god, Shiva. You’ll have to climb 120 steps, but it’s well worth it. After, fly to Udaipur and check into a hotel that overlooks Lake Pichola.

The Highlights of Udaipur

Today, you’ll visit Udaipur’s stunning lakeside temples, starting with the City Palace by Lake Pichola. After, head to the Jagdish Temple and the Fateh Prakash Palace to view its Crystal Gallery. Then, check out Sahelion Ki Bari and the Gardens of the Maids of Honor by Lake Fateh Sagar. After a relaxing afternoon, embark on a cruise trip along Lake Pichola, during which you’ll take in views of Udaipur and landmarks like the 17th-century Jag Mandir Palace. 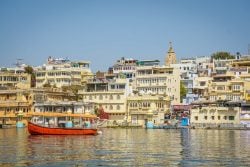 Fly to Jaipur early in the morning so that you’ll have the rest of the day to explore landmarks like the walled City Palace, the Jantar Mantar observatory, and the pink-sandstone Hawa Mahal, also known as the Palace of the Winds. After checking into your hotel, take the rest of the evening to relax at your leisure. 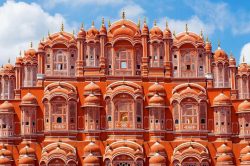 This morning, head over to the Central Museum, previously called the Albert Hall, to learn about Rajasthani village life. Then, peruse ancient works of arts at the Anokhi Museum, which occupies a restored Mughal-era townhouse. You should also visit the UNESCO-listed Mughal-style Amber Fort on a hilltop overlooking Maota Lake. After lunch, we recommend shopping at one of Jaipur’s traditional colourful markets.

Agra and the Taj Mahal

Rise early on day seven to drive to Agra, stopping along the way for lunch and a visit to the UNESCO-listed royal ghost town of Fatehpur Sikri, which is home to 16th-century palaces, tombs, mosques and courts. After checking into your hotel in Agra, head to the Taj Mahal in time to watch the sunset behind this iconic landmark.

More Agra and the Taj Mahal

Today, rise early to see the Taj Mahal one more time at sunrise, when the rising sun adds a warm tint to the building's marble facade. Then, explore the 14th-century Agra Fort before ending your sightseeing adventure at the Itmad-Ud-Daulah, a Persian-style tomb famous for its architectural splendour. 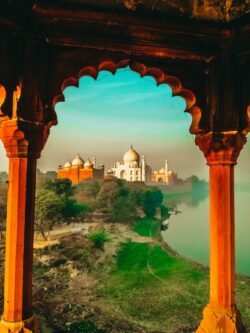 Check out of your hotel in Agra and drive onwards to Delhi, which should take around three hours. 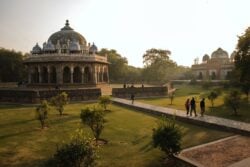 The Highlights of Delhi

This morning, embark on a rickshaw tour through Old Delhi, where you’ll see the Chandni Chowk shopping bazaar, the Red Fort, and the Raj Ghat, where you can see where Ghandi was cremated following his assassination. After lunch, discover the sites of New Delhi, which include the 16th-century Humayun’s Tomb, the stone-arched India Gate, the pond-flanked Rajpath boulevard, and the copper-domed Rashtrapati Bhawan, which is the Indian President’s official residence. 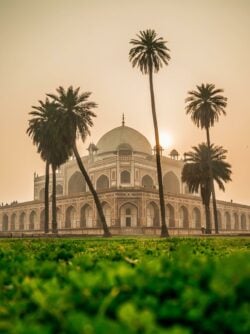 After a hearty breakfast, check out of your hotel and head to the airport to catch a flight home. 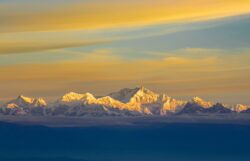 Get in touch if you would like us to arrange your India trip. Did you have a different India itinerary in mind? No problem. We tailor every trip to your individual travel style and passions so just let us know what you’re looking for. 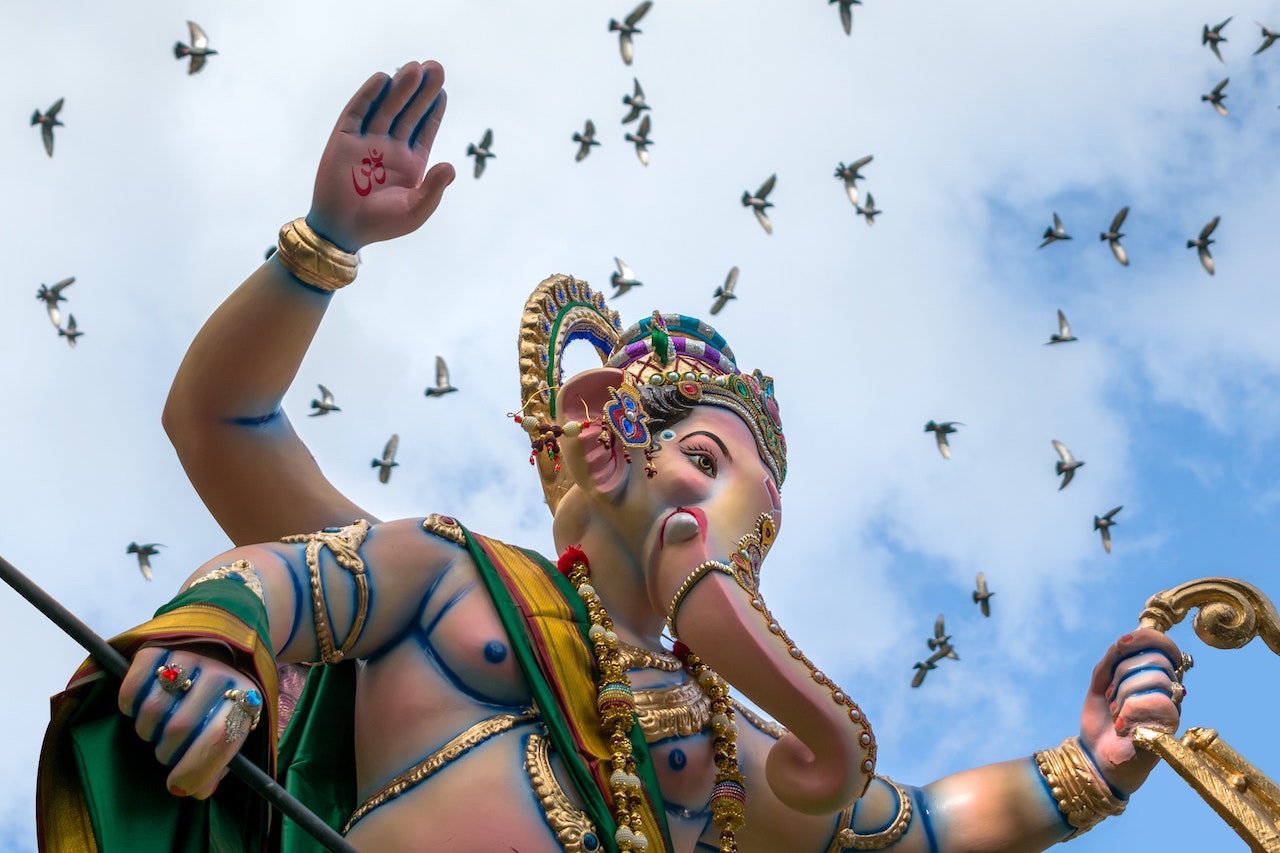 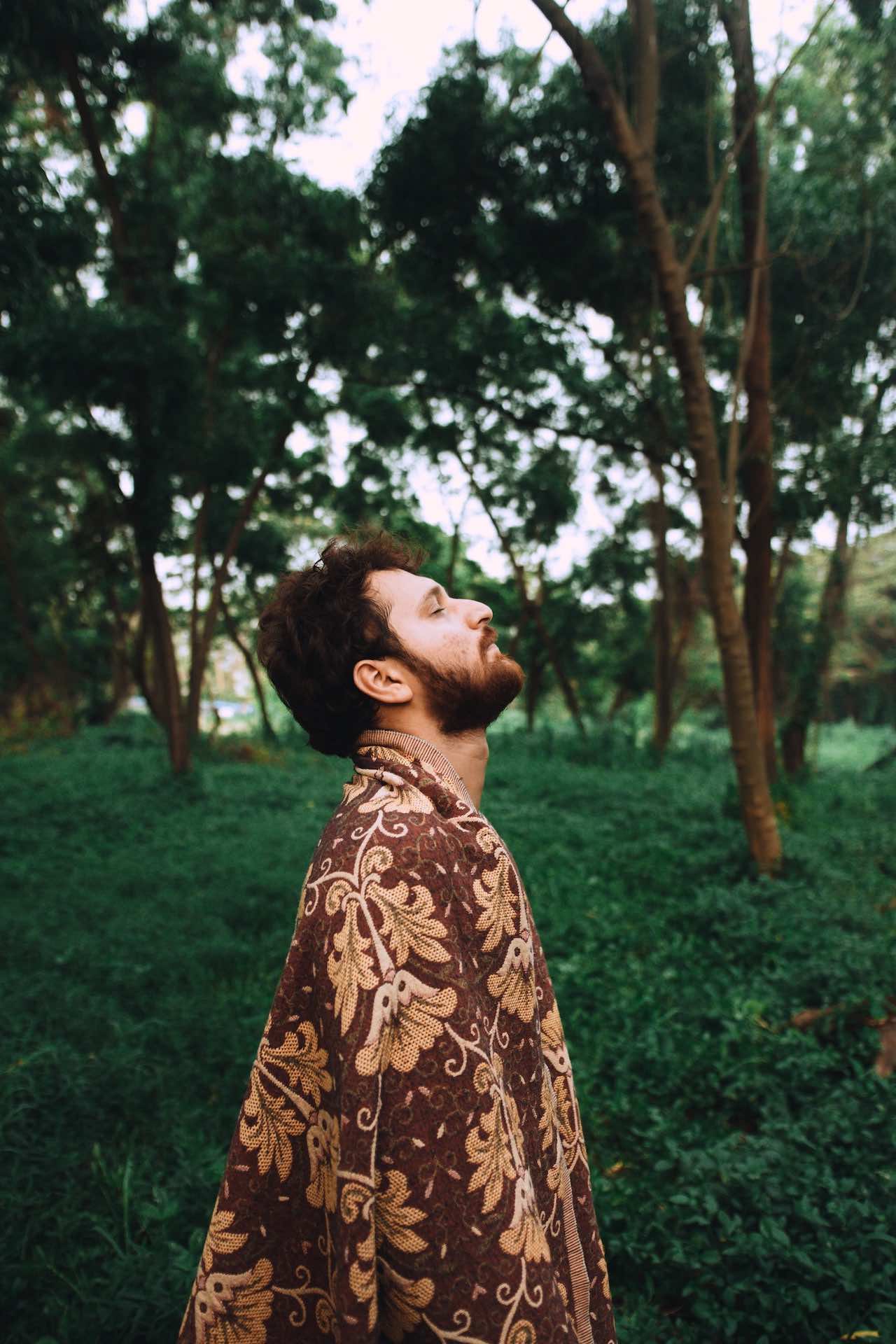 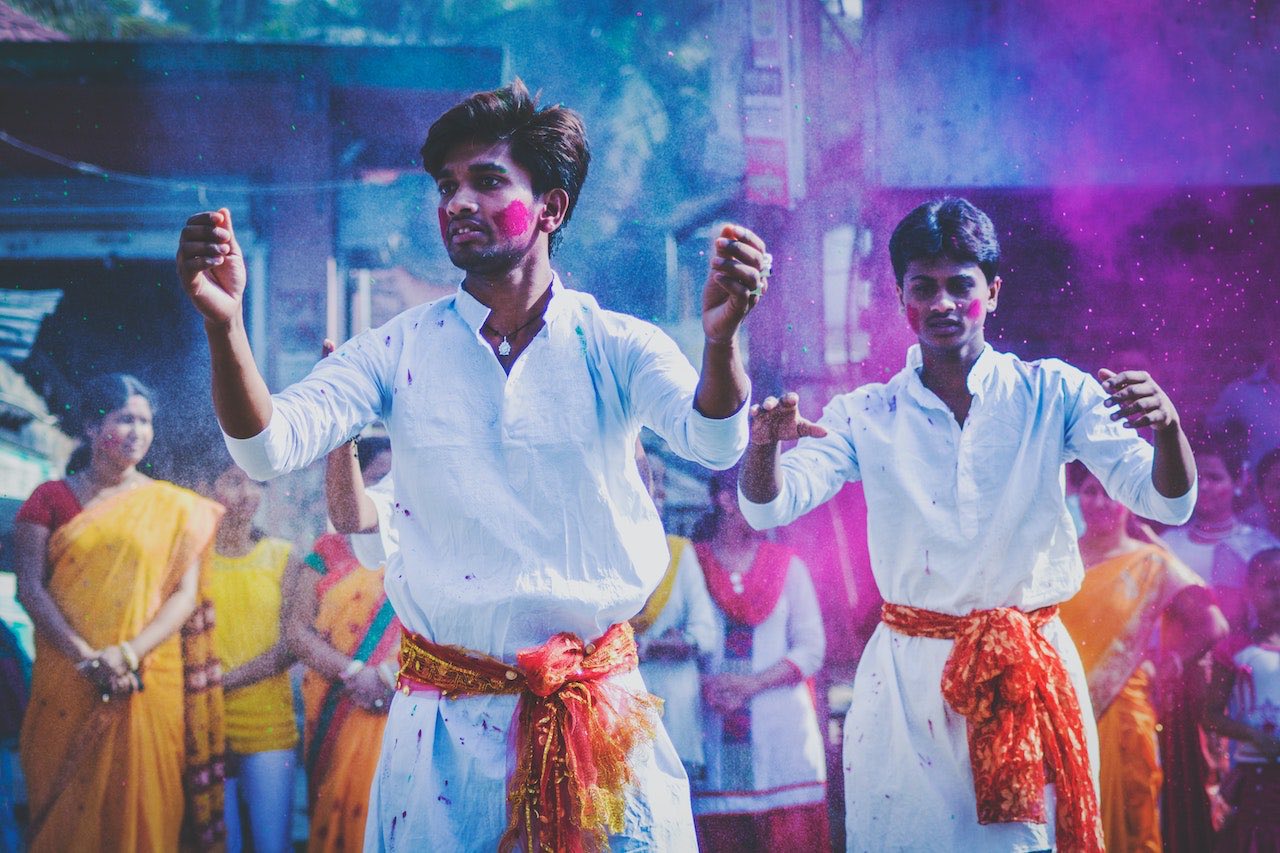