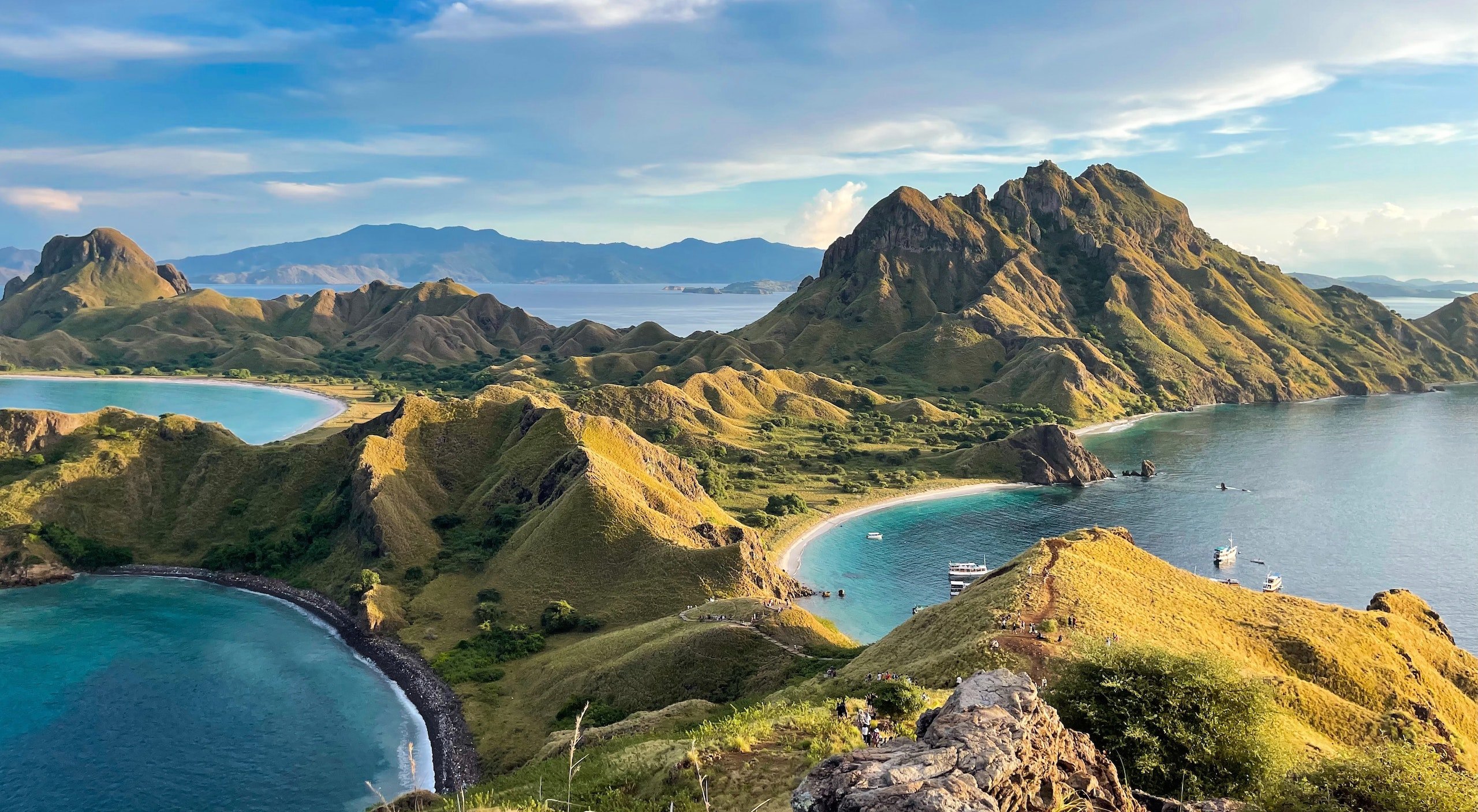 Despite being the world’s fourth most-populous nation, the 17,000 or so islands that make up the gorgeous archipelago of Indonesia have much more to offer than just vibrant metropolises – not that there’s any shortage of those. The country’s cultural diversity is highlighted by tech-savvy cities bursting with skyscrapers standing side-by-side with Hindu temples and grand mosques. No less diverse are Indonesia’s landscapes, which range from clusters of active volcanoes to thundering waterfalls, white-sand beaches and vast regions blanketed in rainforests. And there’s the wildlife, which includes Komodo dragons, orangutans, whale sharks, and aquatic life that call biodiverse reefs home. Whatever you crave, you’ll find it in Indonesia.

In a 14-day trip to Indonesia, you can visit beach-fringed islands including expat meccas like Bali, search for wildlife in the Komodo National Park, embark on a week-long cruise through biologically rich waters, and discover the highlights of Java. For activities? You can ride a horse-drawn cart, tour traditional villages, paddle-board, snorkel, and much more. The list really is endless.

Indonesia at a Glance

As a predominatly Muslim nation, Indonesia holds largely conservative attitudes with regards to homosexuality. While homosexuality is legal everywhere except for Muslims in the province of Aceh, tolerances in many cities is limited, and talking about gay rights is considered taboo. Even in the capital of Jakarta, discrimination and harassment can be problems. While you’re exploring Java, it’s best to keep public displays of affection to a minimum, regardless of sexual orientation. Also, 52 regions uphold Sharia Law, meaning there are few to zero legal protections in place for LGBTQ+ people that face discrimination. On a more upbeat note, many organisations are campaigning for change in Java, and gay-friendly attitudes prevail in many developed areas. Since 2010, Asia’s largest queer film festival (Q! Film Festival) has been held in Indonesia every year. And then there’s Bali, which holds much more liberal attitudes towards the gay community than the rest of Indonesia.

Bali is predominantly Hindu. While the gay scene isn’t openly flaunted, it does exist, and the legal age of consent is the same for gay and straight couples (16 years). You’re unlikely to face discrimination in Bali, particularly in the touristy south and Seminyak, where gay-friendly venues are aplenty. There’s also a fabulous gay area not far from Petitenget beach. Nevertheless, you might still want to avoid public displays of affection in Bali, and be aware that antagonism from the government means bigotry can still be an issue, albeit rarely. 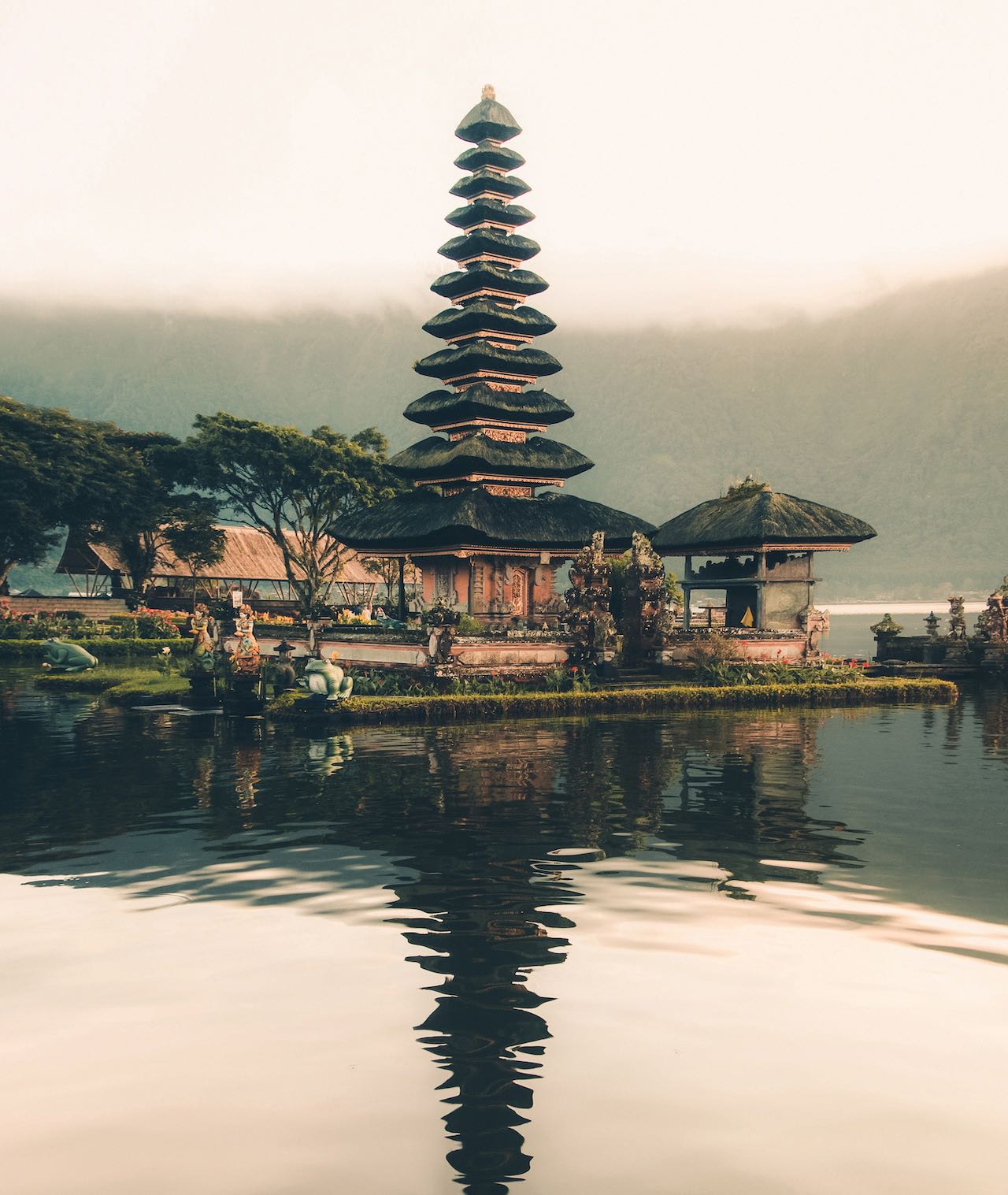 This 14-day Indonesia travel itinerary takes you on a journey from Yogyakarta to Bali, stopping at destinations including Moyo, Sumbawa, and the Komodo National Park along the way.

After checking into your hotel in Yogyakarta on Indonesia’s main island of Java, head to the village of Kulon Progo to visit a small coffee plantation, where you’ll learn about traditional cultivation, harvesting and roasting processes. If you have time, consider also visiting a local puppet master to learn about a centuries-old tradition. Enjoy dinner in a Joglo-style restaurant that offers views of the Borobudur Temple. 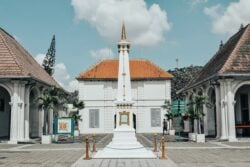 Early in the morning, drive to the UNESCO-listed Prambanan Temple, Indonesia’s largest Hindu temple. Then, admire the traditional Javanese architecture of the Sultan’s Palace, which contains a museum of artefacts from Indonesia’s nobility. Next, head to the sultan’s former pleasure retreat at Taman Sari, also known as the Water Castle. Take the rear exit to roam through a small village to see leather puppet makers decorating their creations by hand. 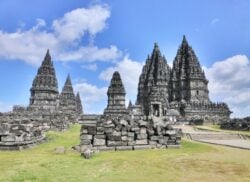 Start by watch the sunrise over the largest Buddhist temple in the world, the UNESCO-listed Borobudur. Later, explore the village of Candijero by horse-drawn cart to observe daily life and get to know the locals. 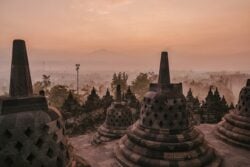 Wake up early to fly to Bali. When you arrive, spend the afternoon visiting the Pura Luhur Uluwatu Temple that sits at a height of 250 feet on a sheer cliff. One of Bali’s best surf spots can be seen below. You might also spot some of the island’s resident monkeys. After, board a seven-night cruise at Benoa Harbor. You’ll set sail to Moyo Island in time for sunset. 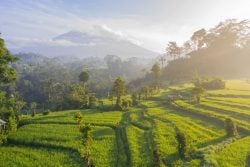 Today, you’ll explore the remote hilly island of Moyo, home to wildlife, small fishing villages, and a stunning waterfall at the island’s centre. You’ll also snorkel in shallow waters by the Angel Reef. 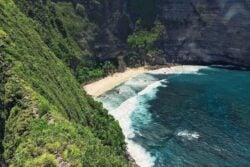 While sailing around Saleh Bay, you’ll be on the lookout for whale sharks that can grow to be over 30 feet in length. On land on the island of Sumbawa, you’ll witness fruit bats in the evening flying dramatically. 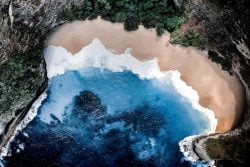 This morning, enjoy a breakfast at sunset with views of the Sangeang Api volcano. You’ll then snorkel and sunbathe at the remote beach of Gili Banta. In the afternoon, you’ll kayak, paddleboard and discover shallow reefs near the expansive beaches of the islet of Gili Lawa.

Start the day with a kayaking adventure to a coral reef and the idyllic beach on Gili Lawa. While you’re here, look out for rusa deer. In the afternoon, you’ll cruise onwards to the postcard-perfect Padar Island, where you’ll take in stunning views from a hilltop and enjoy cocktails on the beach at sunset. 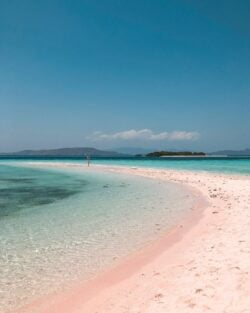 You’ll cruise through a spectacular sea passage in the morning to Rinca Island, where you’ll see the remains of an ancient caldera in Horseshoe Bay. While navigating the waters on a skiff, you’ll look out for Komodo dragons and sea eagles in the natural habitat. You can spend the afternoon sunbathing on an iconic pink-sand beach.

Today, you’ll search for Komodo Dragons and trek through forests and savannahs on Rinca Island. In the afternoon, you snorkel alongside manta rays, barracuda, giant trevallies and pelagic fish in the Linta Strait. 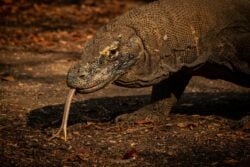 When you arrive at the fishing town of Labuan Bajo, head to the airport and fly to Bali. Then, check into a hotel in Ubud. 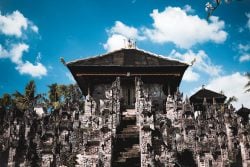 Today, you’ll explore a temple compound in the village of Sala. After dressing in a traditional sarong, you’ll attend a ceremony of meditation, waterfall immersion, and a holy pool dip. You’ll also eat a Balinese vegetarian lunch. You’ll then pass through the Tampak Siring rice terraces and visit the 11th-century Gunung Kawi temple, which features ten shrines carved into a cliff face. After, stop by landmarks such as Tegalalang village and Tanah Gajah. 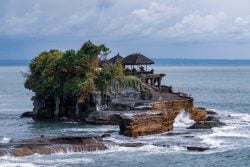 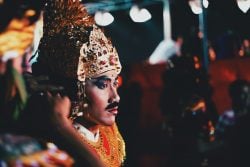 Once you’ve checked out of your hotel, you can head to the airport to catch a flight home. 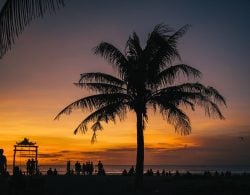 Get in touch if you would like us to arrange your Indonesia trip. Did you have a different Indonesia itinerary in mind? No problem. We tailor every trip to your individual travel style and passions so just let us know what you’re looking for. 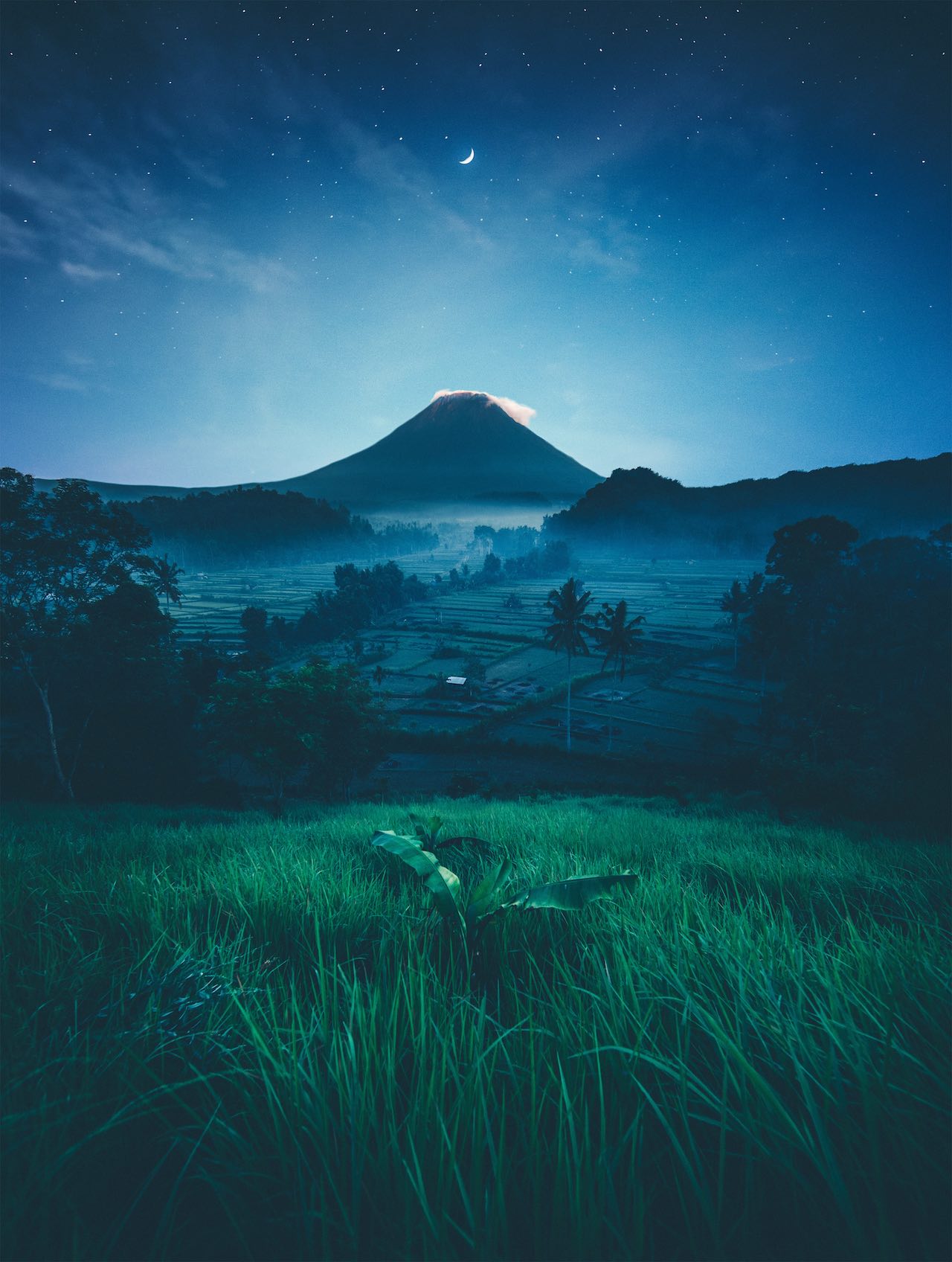 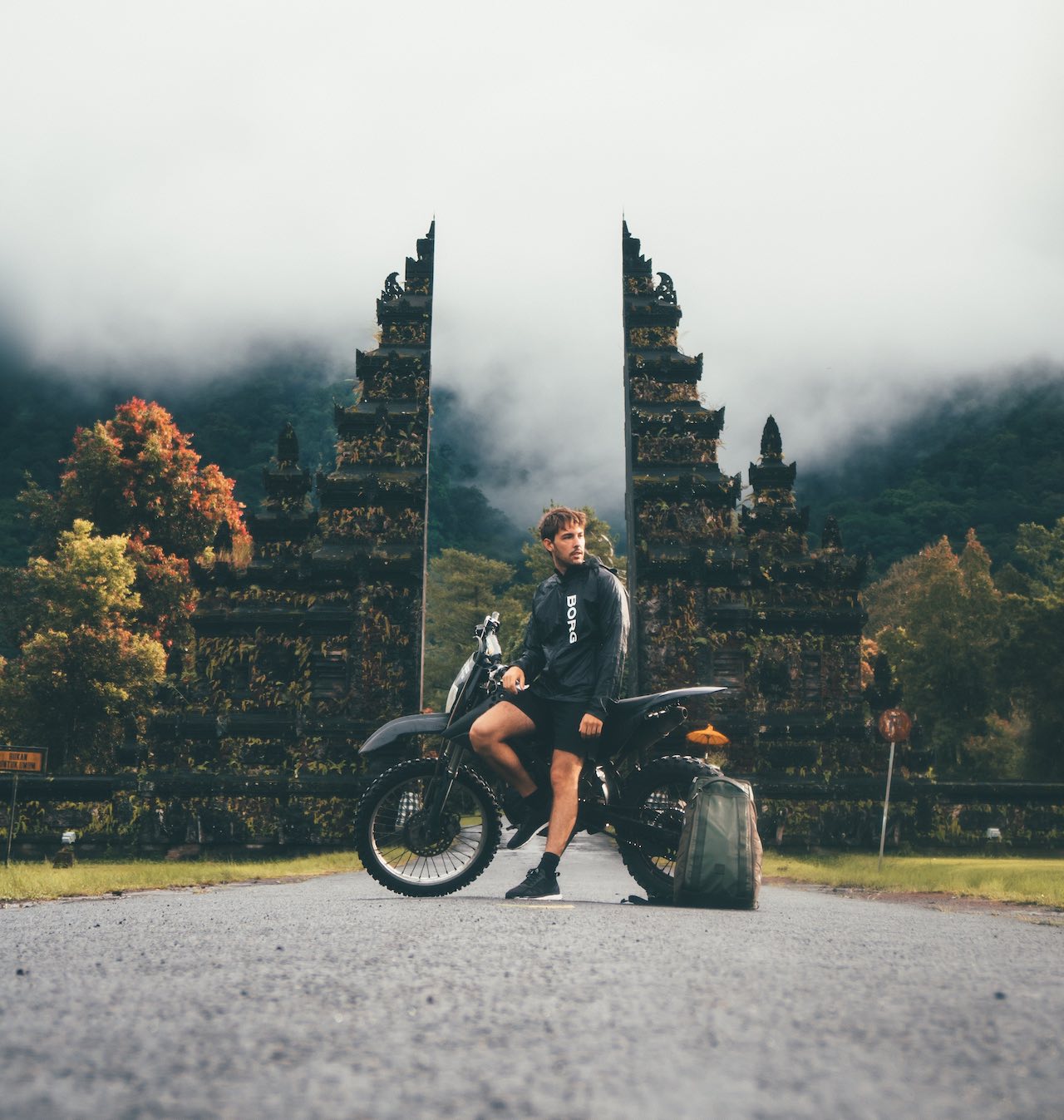 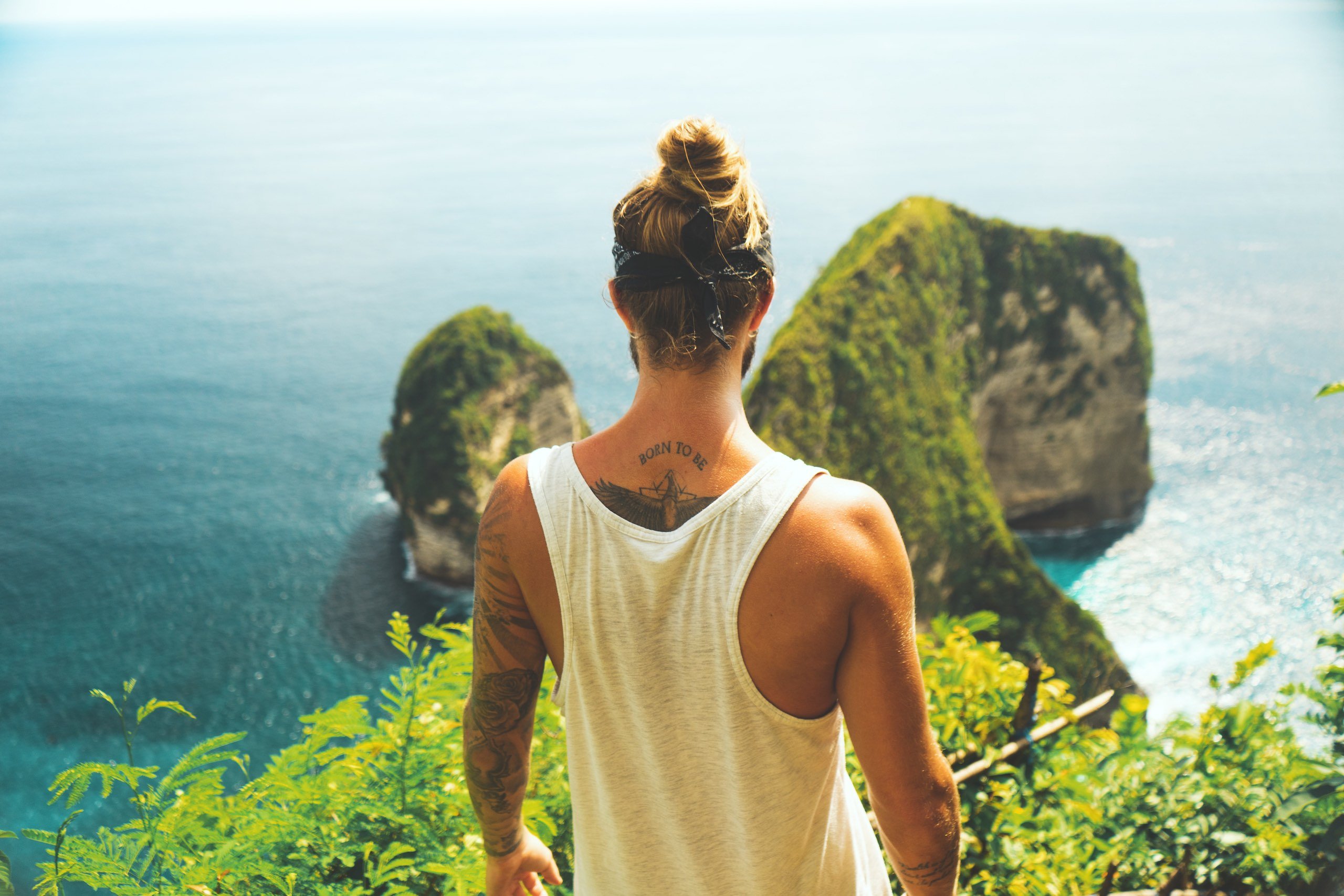