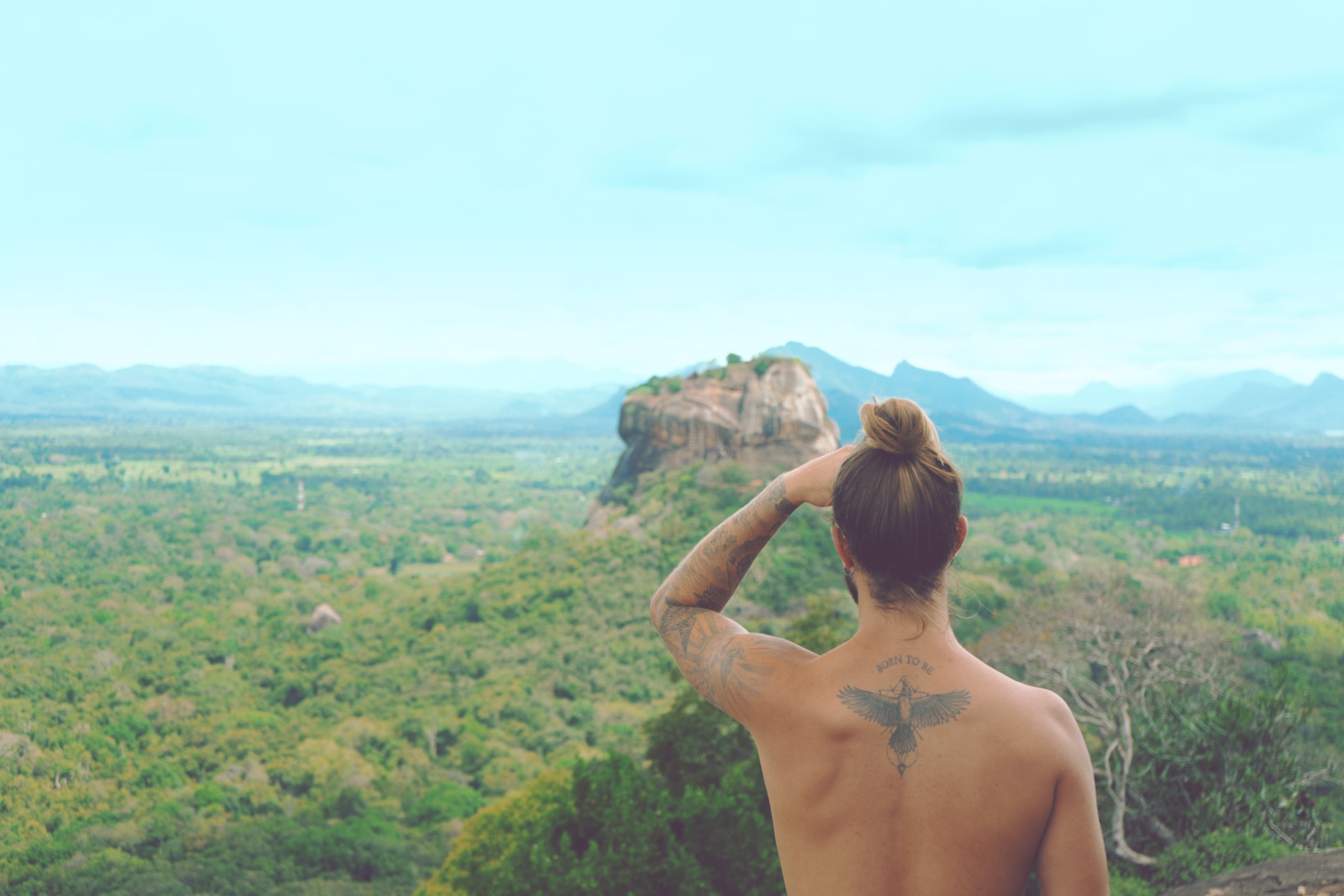 The almond-shaped island of Sri Lanka is home to white-sand beaches, national parks with habitats for elephants through to rare birds, and historic landmarks that showcase over 2,000 years of history, from ancient Hindu temples to colonial-era fortresses. Just as awe-inspiring as sights that include rainforest-covered peaks and verdant tea plantations are UNESCO sites such as Kandy, Galle, Sigiriya, and the Dambulla Cave Temples. On top of everything, the locals are welcoming, the culture is rich, the cuisine is exceptionally flavoursome, and boutique hotels are scattered across the island. In spite of the country’s appeal – and location between the Indian subcontinent and Southeast Asia – Sri Lanka remains uncrowded much of the time, and prices are friendly on your wallet. In other words, there’s no better time to visit this fascinating nation than right now.

Make the most of a 14-day trip to Sri Lanka, and you’ll discover the capital of Colombo, the sacred temples of Kandy, ancient ruins, the picturesque tea country, the fortresses of Galle, and the wonderful wildlife of the Yala National Park. Very few nations can offer such an array of unforgettable experiences in the space of a fortnight.

Sri Lanka at a Glance

A visit to Sri Lanka is a chance to embrace the slow life and soak up everything this island has to offer without being in too much of a rush. Winding train journeys that circumnavigate forested mountains, overnight treks to UNESCO-listed ruins, and tuk tuk rides in cities like Colombo may be slow, but that’s a benefit when there are so many sights to take in. You certainly don’t want to rush an adventure through the Hill Country. If you are looking for more adrenaline-fueled activities, rafting, kayaking and mountain hiking are all on offer in Sri Lanka. The north is less developed than the south, but it’s here that you’ll find the best port towns, hidden temples and deserted beaches. The south is the most populated part of Sri Lanka, where modern comforts can be found. Surfers might want to head to the east coast.

The monsoons from the north can affect the entire island, while the less severe storms from the south impact the south and west coasts plus the Hill Country. Still, coastal temperatures rarely fall below 25 degrees Celsius. It can get a little chillier further inland, especially as you ascend to higher altitudes. The west and south are best visited between December and April. Visit between May and October if you want to head to the east coast.

Amazing as Sri Lanka may be, it must be noted that outdated laws from the colonial-era regarding homosexuality remain in place. Homosexuality remains illegal, and it seems the government has no intention of reversing these rules. On a more positive note, societal attitudes tend to be more progressive, and laws on homosexuality haven’t been enforced for over 60 years. Gay scenes can be found in Colombo in the districts of Col 1, Col 3 and Col 7. Don’t expect to meet many openly gay locals due to the social stigma, unless using apps such as Lanka Love, Grindr or Gay Romeo.

All foreign travelers need to apply and obtain Electronic Travel Authorization (ETA) prior to arrival in Sri Lanka. 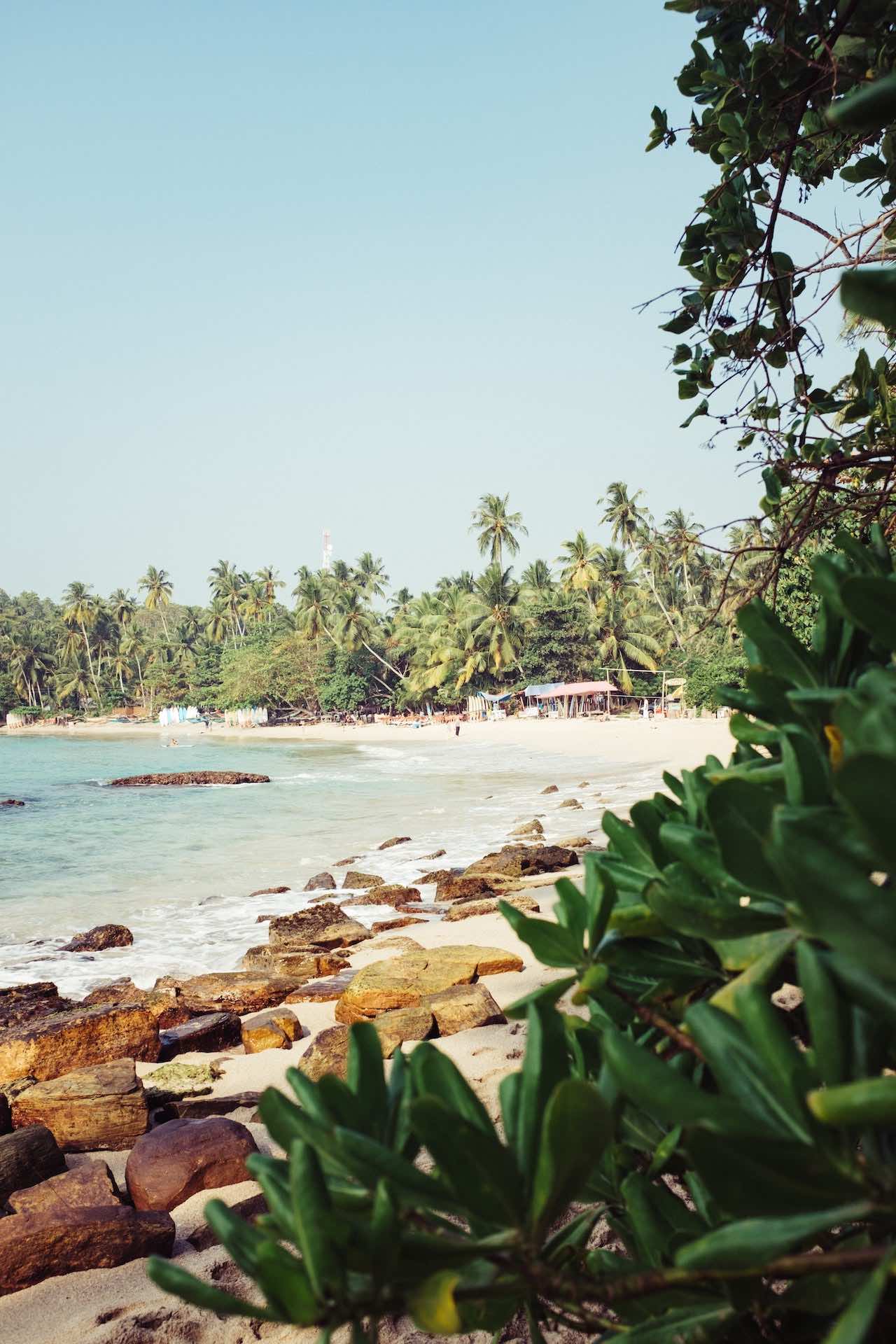 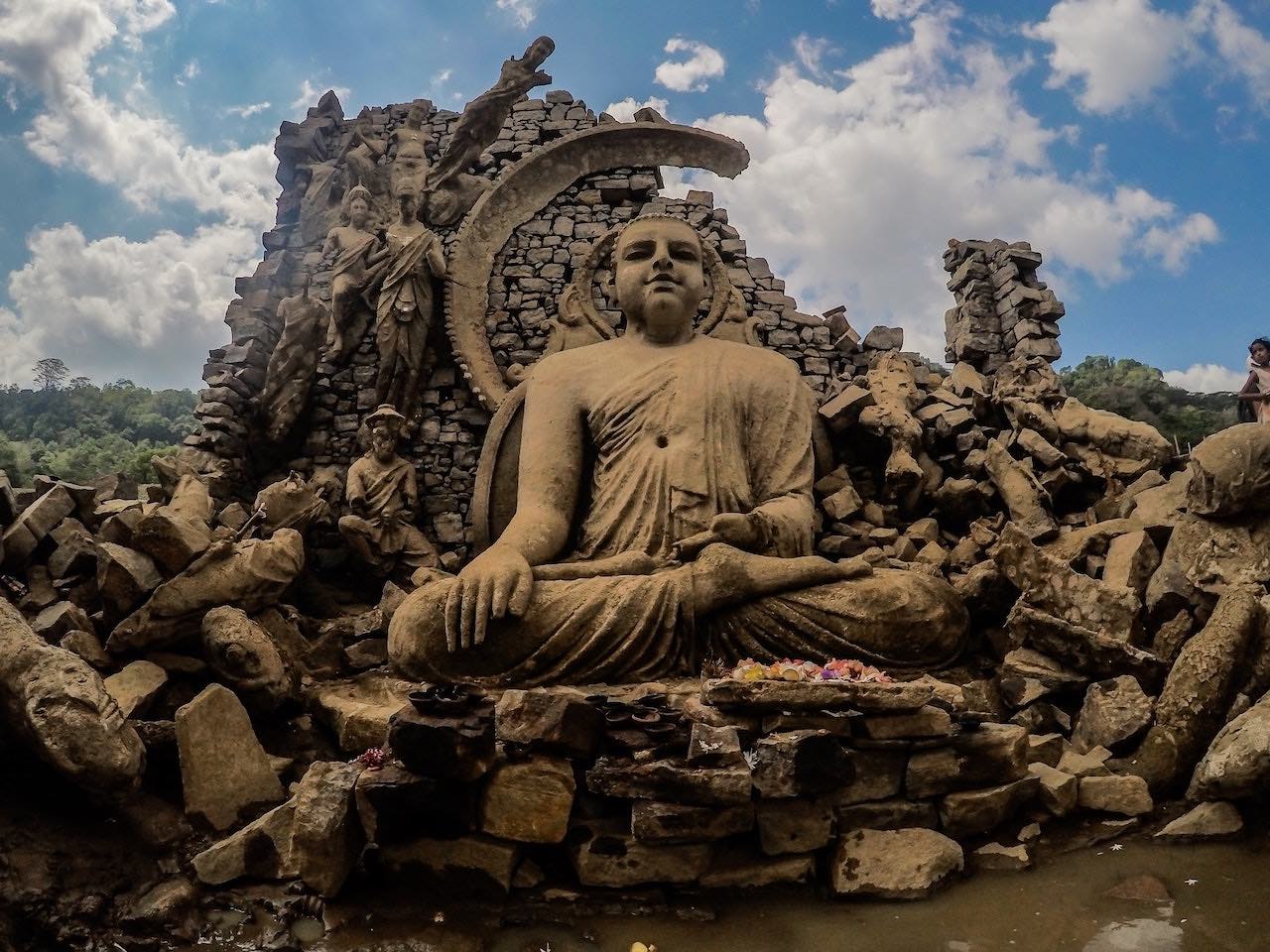 This 14-day Sri Lanka travel itinerary will take you on a round-trip from Colombo with stops in destinations including Kandy, the Cultural Triangle, Tea Country, the Yala National Park, and Galle.

After clearing customs at Bandaranaike International Airport, head to your hotel in Kotugoda. 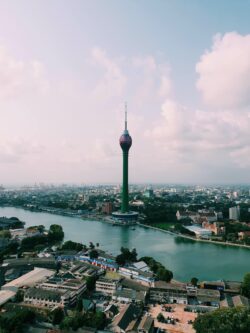 Thirappane in the Cultural Triangle

This morning, you’ll drive about five hours to Thirappane in the heart of the monument-filled Cultural Triangle region. Check into your hotel and enjoy the evening at your leisure.

Anuradhapura in the Cultural Triangle

This morning, you’ll head to the UNESCO-listed ancient sacred city of Anuradhapura, which was a capital until the year 993 and remains one of the world’s most important Buddhist sites. As you explore the city, you’ll see incredible monasteries, palaces and monuments. After ascending to the peak of the Mihintale mountain, return to your hotel and relax for the rest of the evening.

Rise early to discover the UNESCO-listed 5th-century Sigiriya Rock Fortress, which sits at an elevation of 600 feet overlooking a scrub jungle. On the summit of an extinct volcano, you’ll see palace remains, and there are hidden caves around the citadel with some of South Asia’s most impressive frescoes. Next, head to the former royal city of Polonnaruwa, where you'll see the ruins of royal baths, palaces, temples and a reservoir that date as far back as the fifth century. 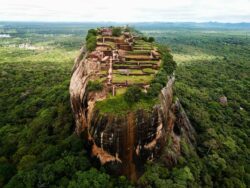 Today, travel overland to Kandy, stopping on the way to see the Dambulla Cave Temples.

On day six, explore Kandy’s bazaar, lapidary and gem museum. Also, take in the sights by driving around Kandy Lake. In the evening, attend a prayer service and admire the elephant tusk-fronted two-story inner shrine of the Temple of the Tooth Relic. 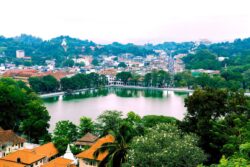 After breakfast, peruse the 300 orchid varieties at Peradeniya’s Royal Botanical Gardens, which were founded in 1824. Then, take the train to Hatton, enjoying views of mist-covered mountains, tea estates and waterfalls along the way. Check into your hotel when you arrive in Hatton. 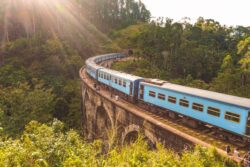 Start the day by treating yourself to tea made with handpicked Ceylon leaves. Then, enjoy the rest of the day at your own leisure. We suggest cycling through the plantations and unwinding with a spa treatment. 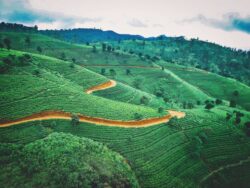 Get up early to travel to your hotel just outside of the Yala National Park, a vast ecosystem of open grasslands and woodlands that stretch on for miles. Look out for wildlife such as the endangered Sri Lankan leopard during an evening safari. 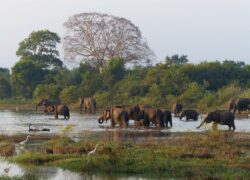 Today, you’ll embark on an early-morning game drive for the chance to spot elephants, leopards, musk deer, wild buffalo, black bears, macaques, and much more – including over 215 species of birds. 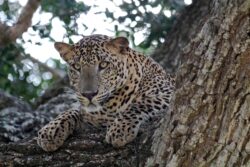 This morning, travel to the ancient trading post of Galle and check into your hotel. Then, join a walking tour through the UNESCO-listed city centre, making a stop at the famous Dutch Fortress in the process. 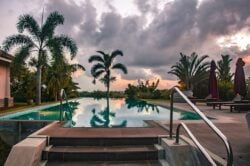 Spend the day getting to know the people and landmarks of Galle, such as the famous stilt fishermen, a Virgin White Tea plantation, and Villa Mayurana, where you can enjoy a cinnamon experience on the grounds of a spice plantation.

Return to Colombo after breakfast, then spend the afternoon walking to city highlights such as the Old Dutch Museum and the Pettah Bazaar. 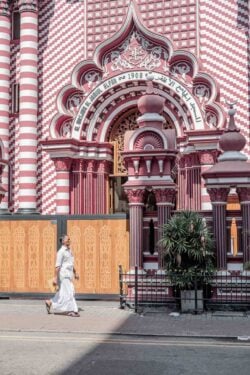 On the final day, transfer to the airport to catch a flight home.

Get in touch if you would like us to arrange your Sri Lanka trip. Did you have a different Sri Lanka itinerary in mind? No problem. We tailor every trip to your individual travel style and passions so just let us know what you’re looking for. 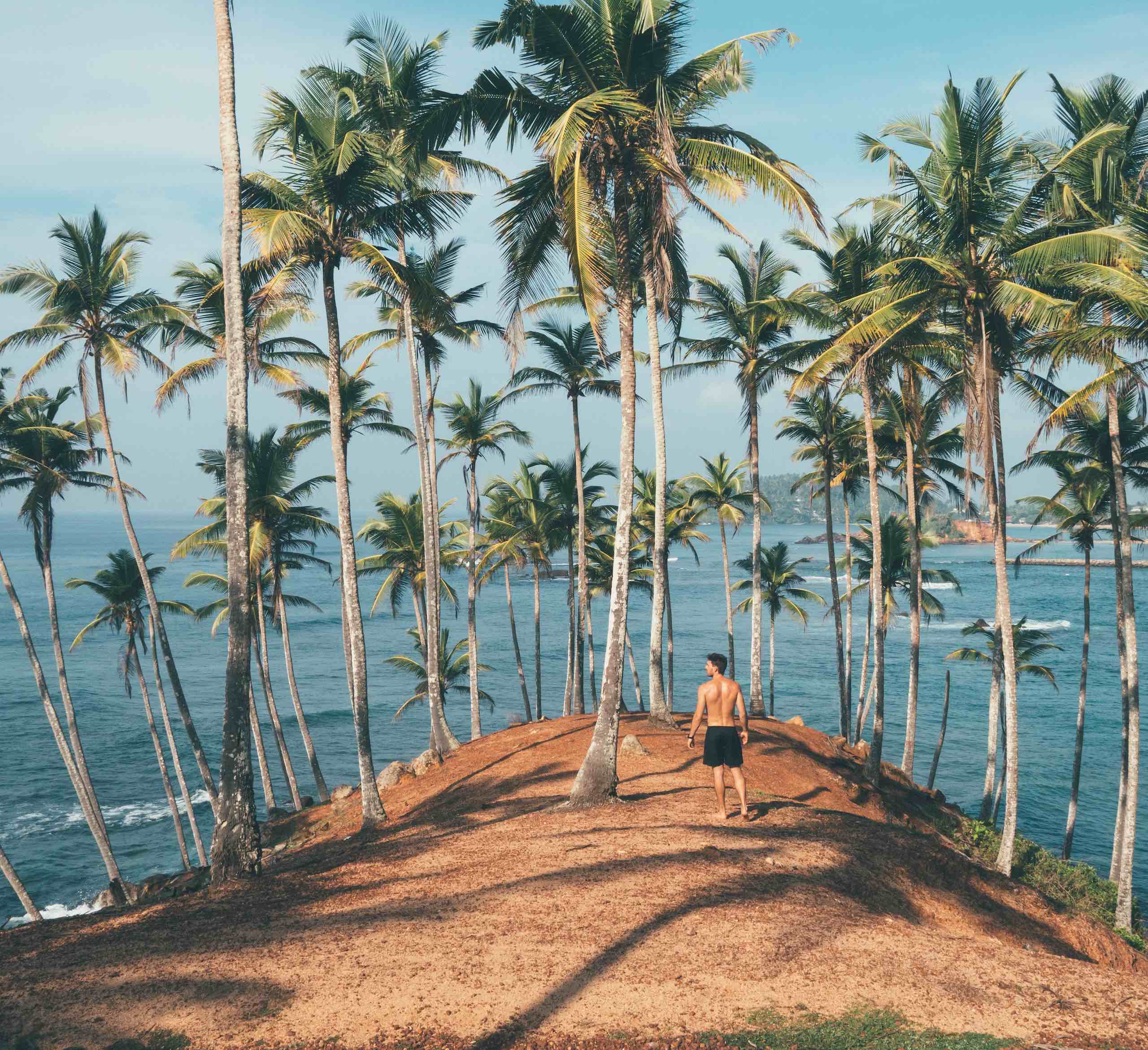 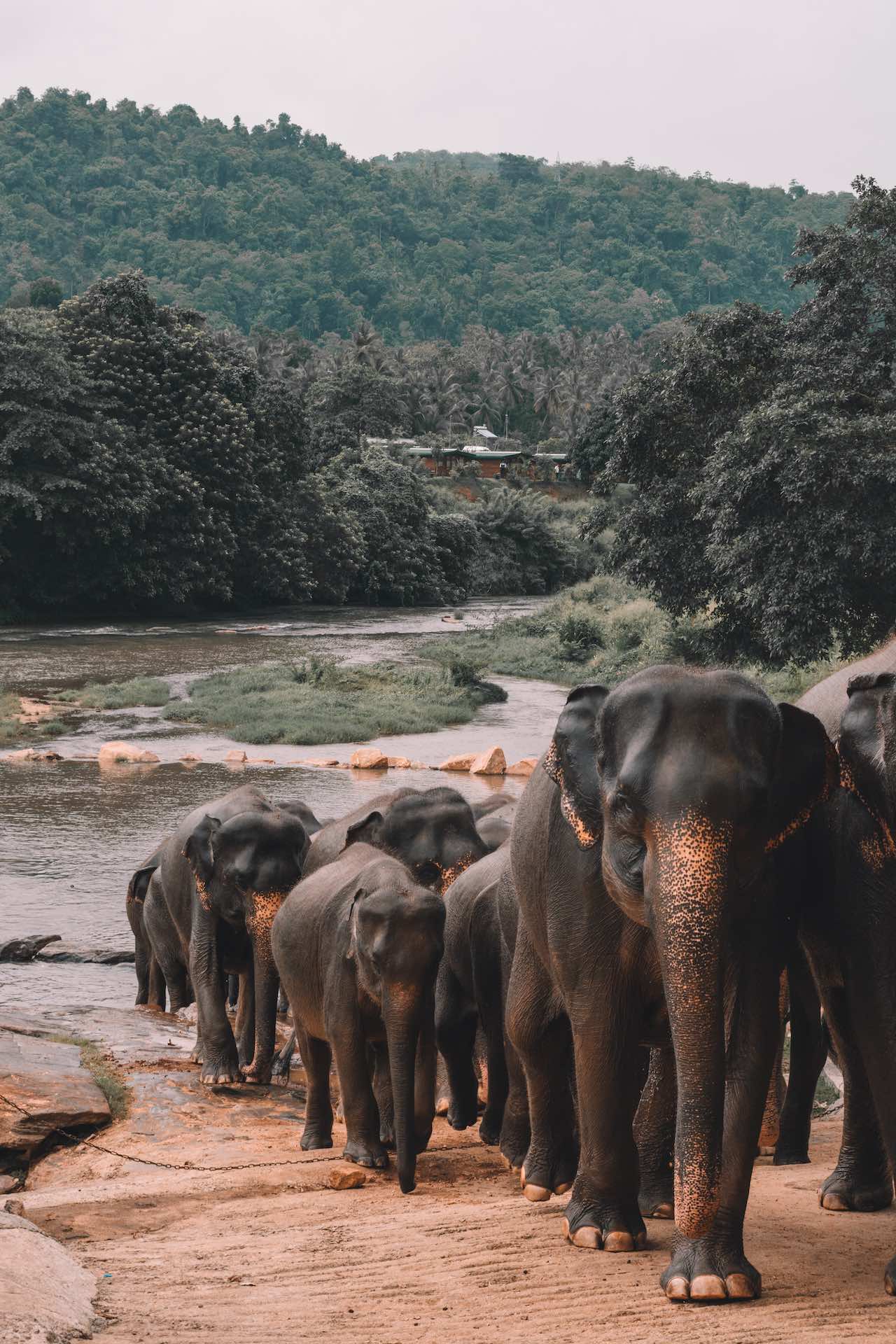 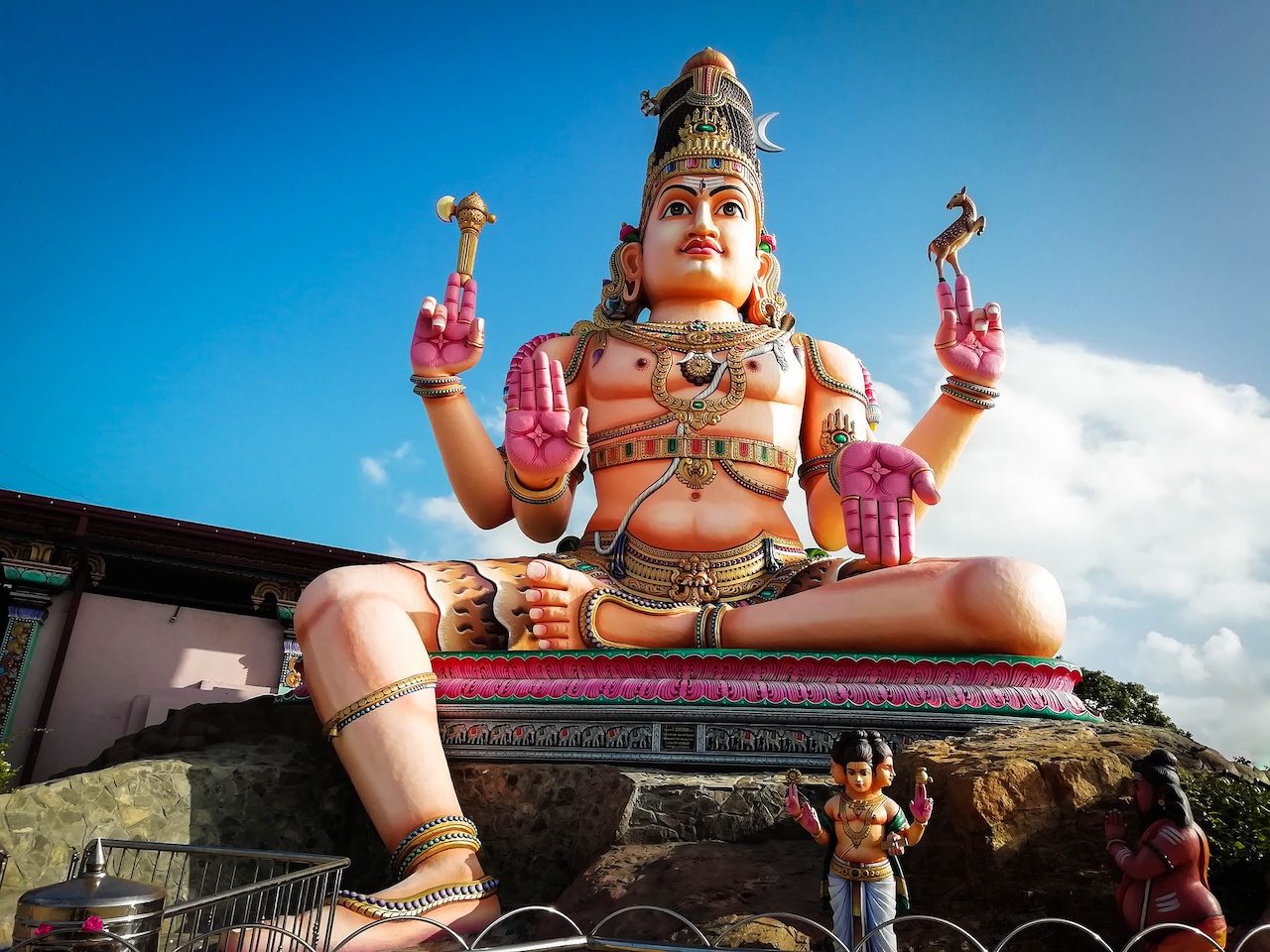