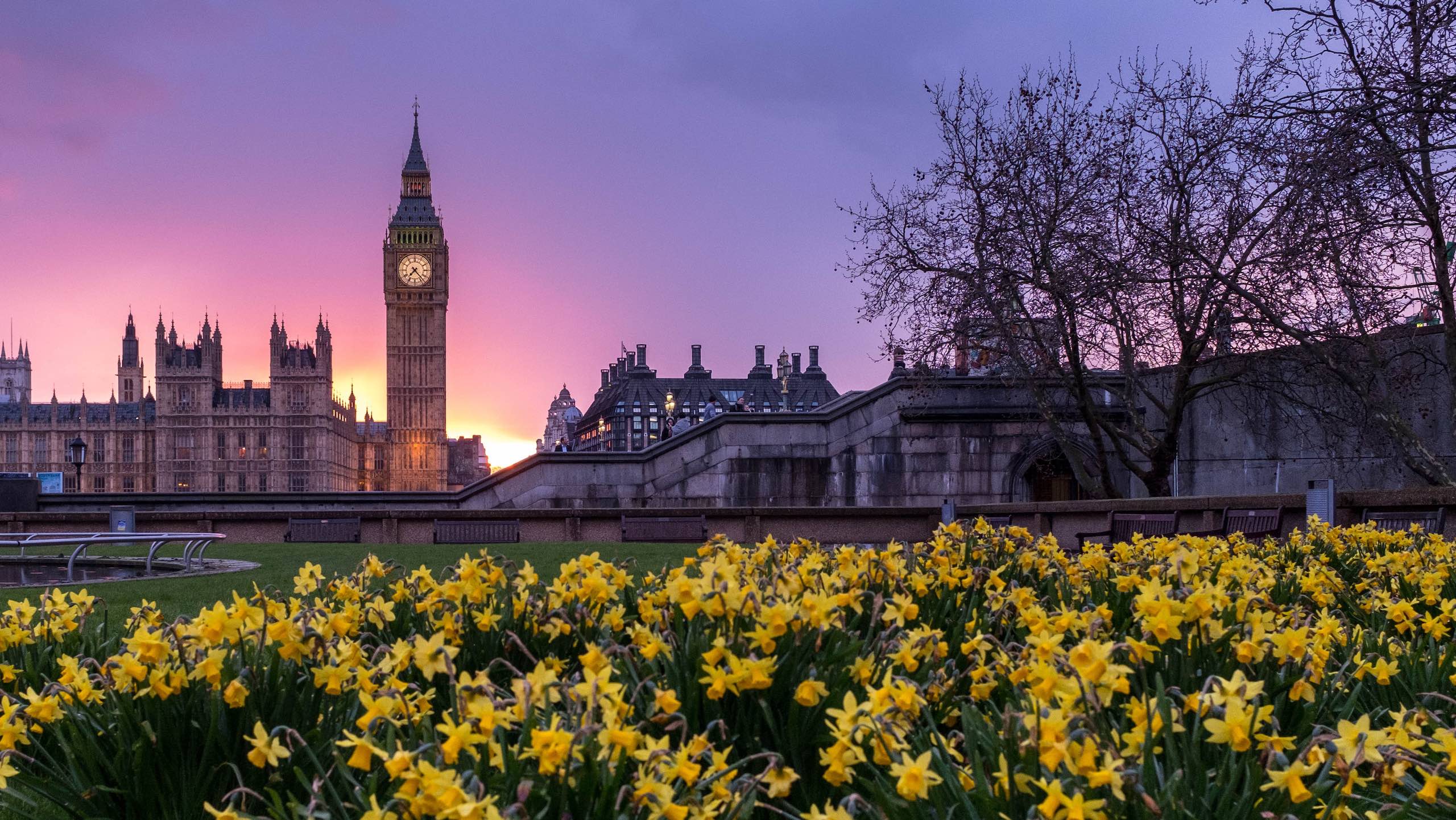 Tailor-Made England: London to the Cotswolds

England may be small, but its pint-sized shores are packed with stunning scenery and at least 5,000 years of history. From buzzing metropolises to quaint chocolate-box villages scattered among rolling hills, each of England’s top destinations have a story to tell. You can follow in the footsteps of Shakespeare while exploring the Cotswolds or gain an insight into royal life at Windsor Castle, the world’s oldest continuously inhabited castle. To go back in time further, visit Bath for a glimpse into Roman Brittania. Of course, any trip to England must include a stay in London, a trendsetting melting pot of a capital that’s made an undeniably huge impact on the entire planet.

In the North, vibrant cities like Manchester – the birthplace of the Industrial Revolution – and Liverpool – the birthplace of the Beatles – are the main draws, but historic places like York, postcard-perfect regions such as the Lake District, and artistic hubs that include Newcastle are more than worth visiting for those with enough time. Wherever you choose to visit in England, you can expect beauty, quality cuisine, friendly locals and heaps of diversity around every corner. In this eight-day England itinerary, we’ll focus on London and the South, which includes trips to Oxford, the Cotswolds, Windsor, and more.

England at a Glance

Whether it’s the history, vanguard culture or old-world customs – or the shopping, dining and nightlife – visitors flock to England for all sorts of reasons. And the LGBTQ+ community has had a tremendous impact on just about every aspect of the country’s culture and legacy. England’s story has been shaped by gay writers such as Virginia Wolfe and Oscar Wilde as well as mathematicians like Alan Turing and composers that include Benjamin Britten. Today, countless English LGBTQ+ stars inspire people well beyond their home nation’s borders – Elton John, Boy George, Sir Ian McKellen, David Hockney, and Tom Daley, to name a few. At the upper echelons of society, many royal family members take an active role in supporting the LGBTQ+ community. The welcoming and tolerant attitudes in England are reflected by the law. Discrimination against LGBTQ+ is illegal, equality is celebrated, and same-sex couples have been able to marry since 2014.

England’s gay scene is one of the world’s most vibrant, particularly in London and the unofficial gay capital of Brighton, but also in major cities like Manchester, Birmingham and Bath. When you’re not partying and mingling in England’s gay bars, you’ll be spoilt for choice for things to do no matter where you happen to be. The busiest months for tourism are May through to mid-September, though the Christmas season brings an influx and shoppers and season celebrators. Throughout summer, Pride festivals take place up and down the country, beginning with Birmingham Pride in late May and concluding with Manchester Pride in late August.

Not needed for travelers from the US, Canada and Europe 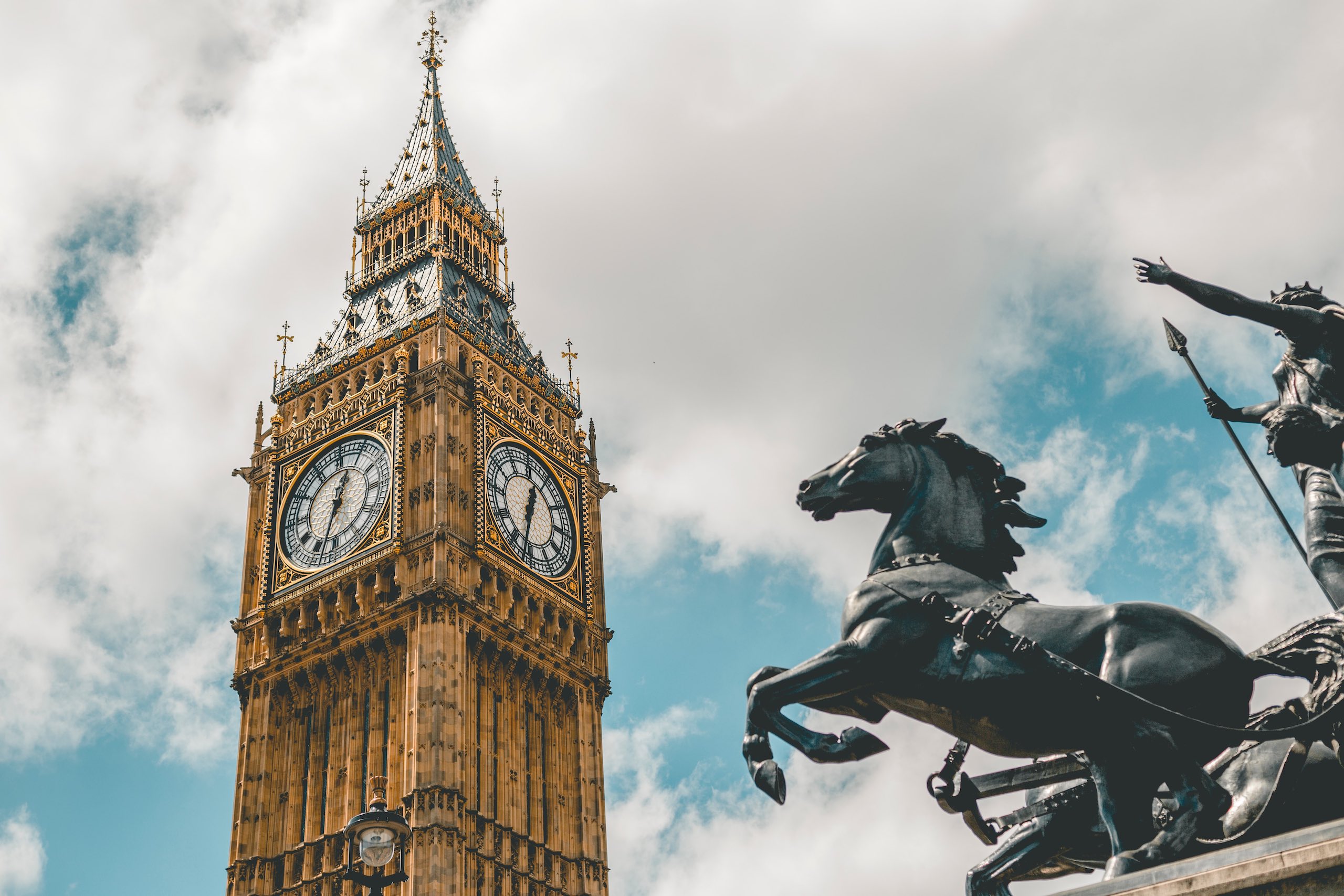 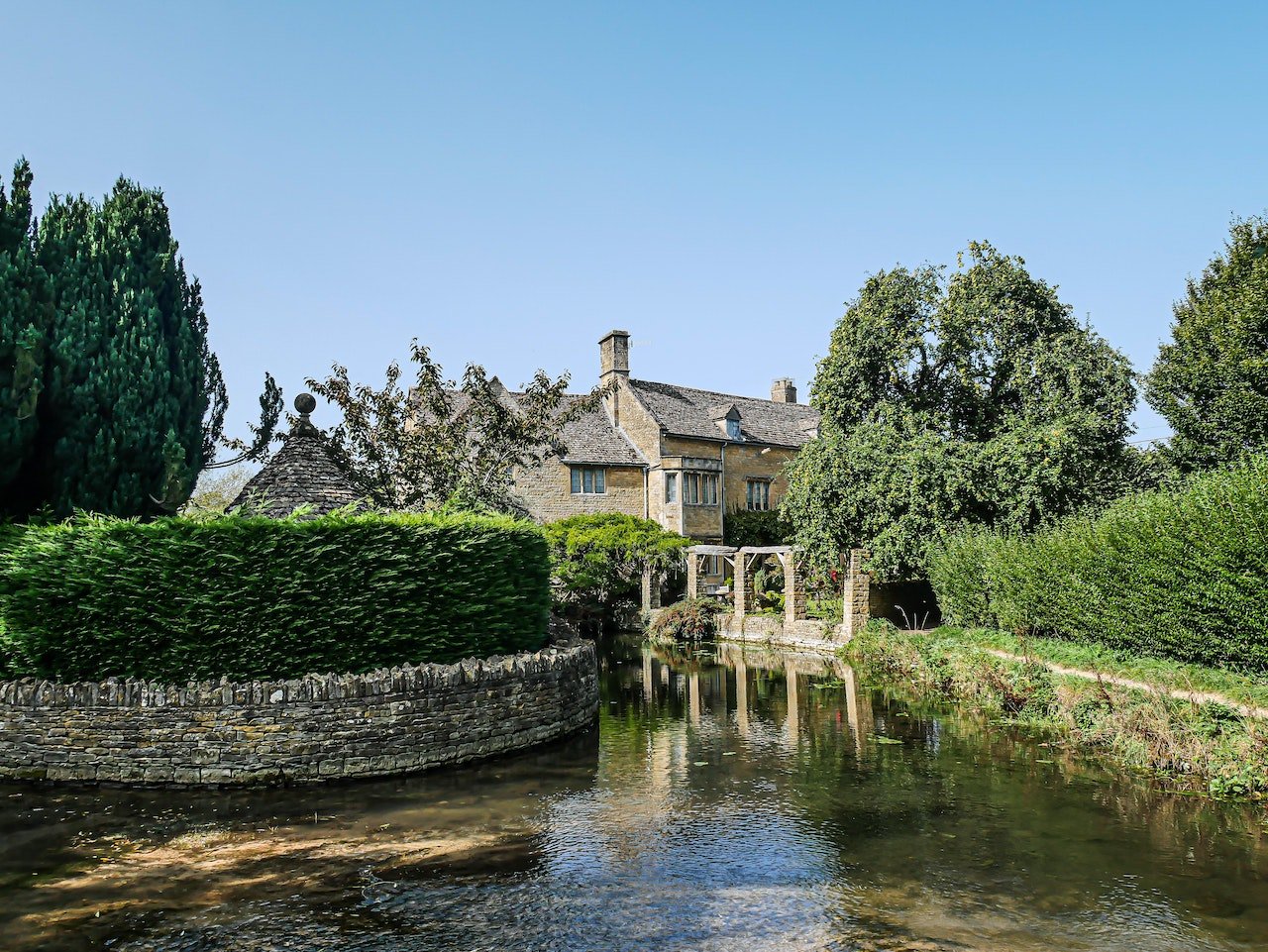 Here’s how we suggest making the most of an eight-day getaway to England, starting in London before heading through Windsor and the Cotswolds before ending back in London.

On the first day of your trip, you’ll arrive in London and make your way to your hotel, which we recommend booking as close to an Underground station as possible to make getting around straightforward. 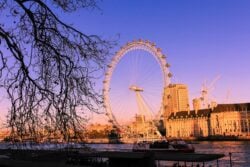 On the morning of your second day in England, you’ll wake up to panoramic views during a ride on the London Eye in Westminster. After a 30-minute ride on London's iconic observation wheel, you’ll head to Trafalgar Square, home to landmarks like Nelson’s Column, before strolling down Whitehall and by Downing Street. After a stop outside the Palace of Westminster and Westminster Abbey, you’ll round off your morning adventure with a visit to Buckingham Palace, which is the King’s official residence.

London | Shakespeare’s Globe and the Tower of London

On day three, you’ll get your first glimpse into the life of William Shakespeare while exploring Shakespeare’s Globe, a wood-crafted replica of the original Globe theatre that staged the legendary writer’s immortal plays. After learning about London’s 16th-century entertainment scene, you’ll browse artisan cuisine at the Borough Market. In the afternoon, you’ll visit historic landmarks like Saint Paul’s Cathedral and the Tower of London, which was built by William the Conqueror in the 11th-century. 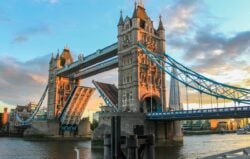 You’ll leave the bustle of London on day four, when you’ll head west to the world’s largest and oldest inhabited castle, Windsor Castle, which has a history spanning nearly a millennium. During your visit to what was the favourite summer home of Queen Elizabeth II, you’ll have the chance to explore State Apartments, Queen Mary’s Dolls’ House, and Saint George’s Chapel. From the castle ramparts, you can see the famous Eton College.

It’s time to soak up quintessentially British countryside views on day five, when you’ll make your way to the idyllic rolling hilled region of the Cotswolds. We recommend booking a hotel in the postcard-perfect village of Broadway. Get some rest so that you’re ready for a couple of exciting days ahead. 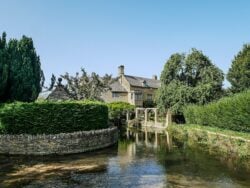 An adventure through the Cotswolds

On day six, you’ll drive through sprawling countryside vistas and villages that are famous for their distinctive honey-coloured Cotswold stone. You’ll start in Bourton-on-the-Water before venturing to the nearby market town of Stow-on-the-Wold, which borders the Roman Fosse Way near the former site of an Iron Age settlement. When you return to Broadway, you might want to admire the view from the top of Broadway Tower.

The Cotswolds | from Oxford to Woodstock

On day seven, you’ll walk through the campus of Oxford University – England's oldest university – during a visit to the gorgeous city of Oxford, which is nicknamed the ‘City of Dreaming Spires’. Then, you can either visit the birthplace of Winston Churchill at Blenheim Palace in Woodstock, or you can discover William Shakespeare’s hometown of Stratford-upon-Avon. You’ll also visit Anne Hathaway’s Cottage in Shottery and the town of Chipping Camden while making your way back to Broadway. 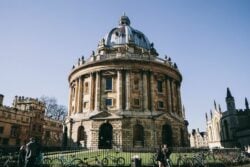 On the final day of your trip, you’ll return to London, where you can take a flight home or to the next destination on your adventure. 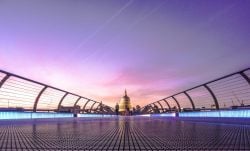 Get in touch if you would like us to arrange your London trip. Did you have a different London itinerary in mind? No problem. We tailor every trip to your individual travel style and passions so just let us know what you’re looking for. 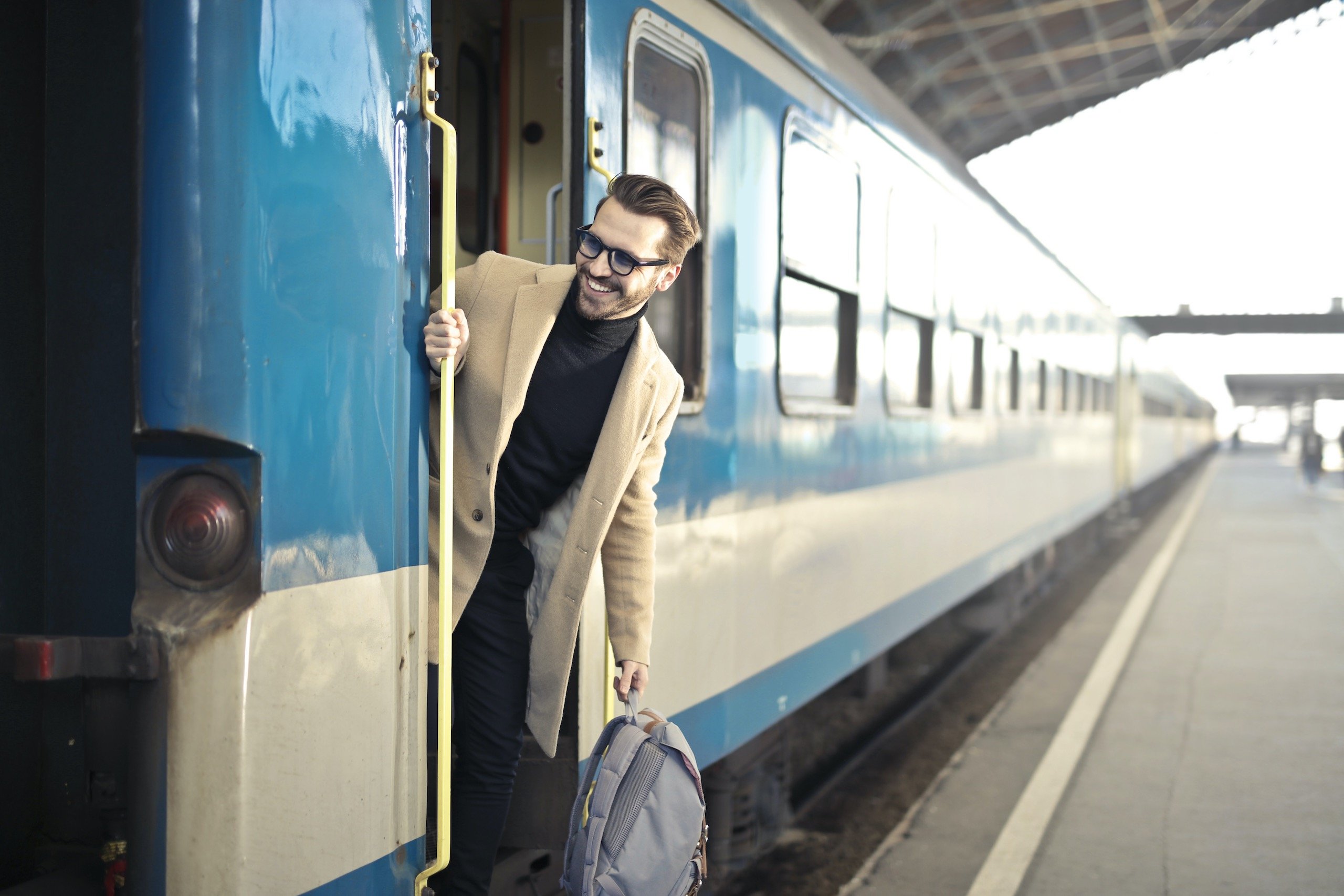 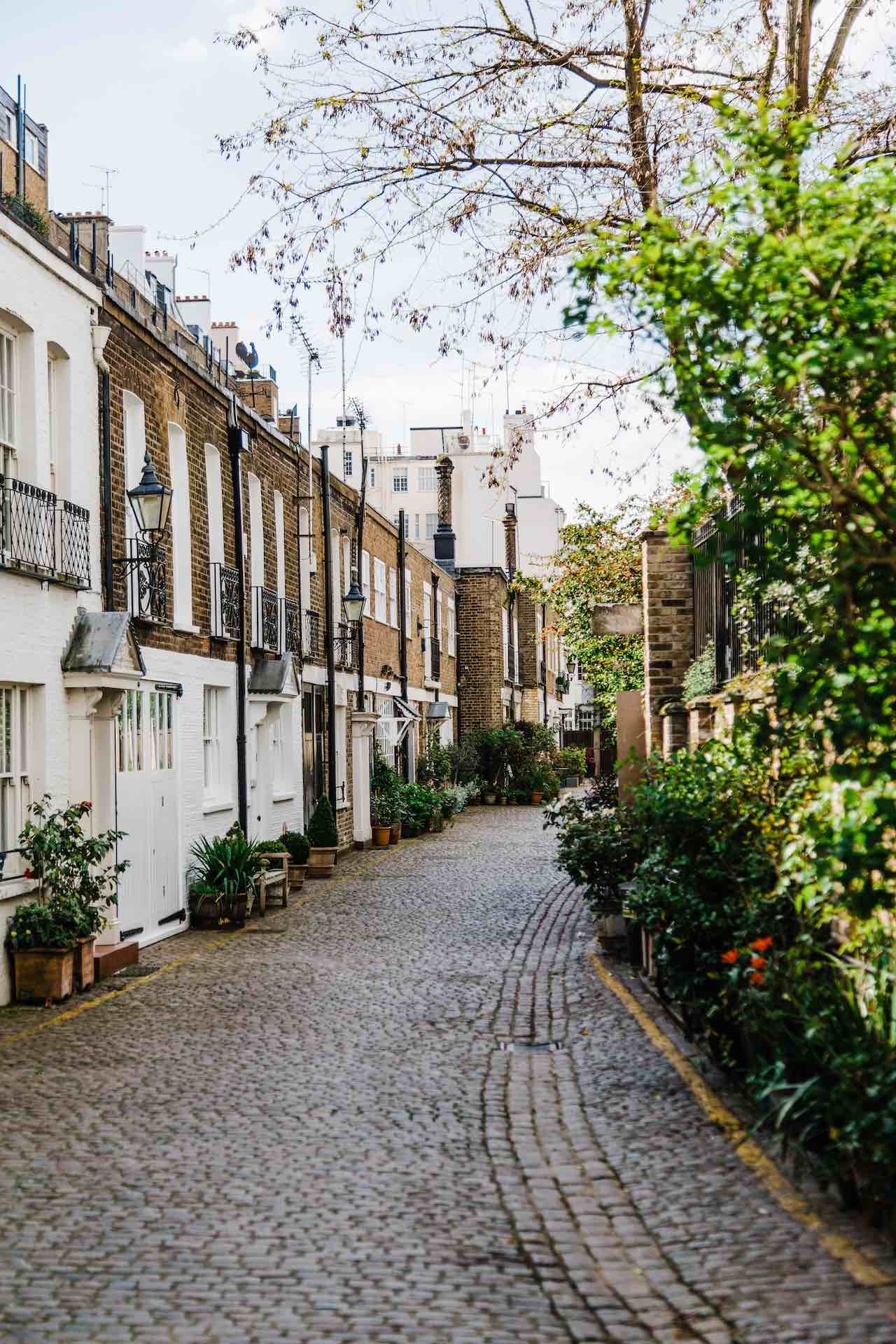 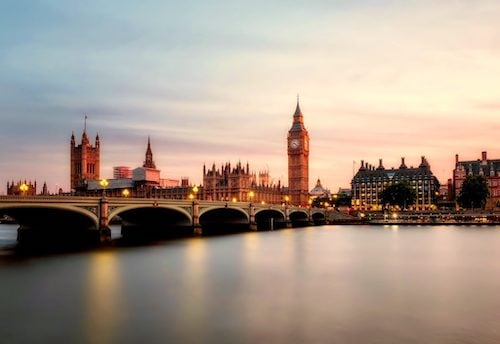