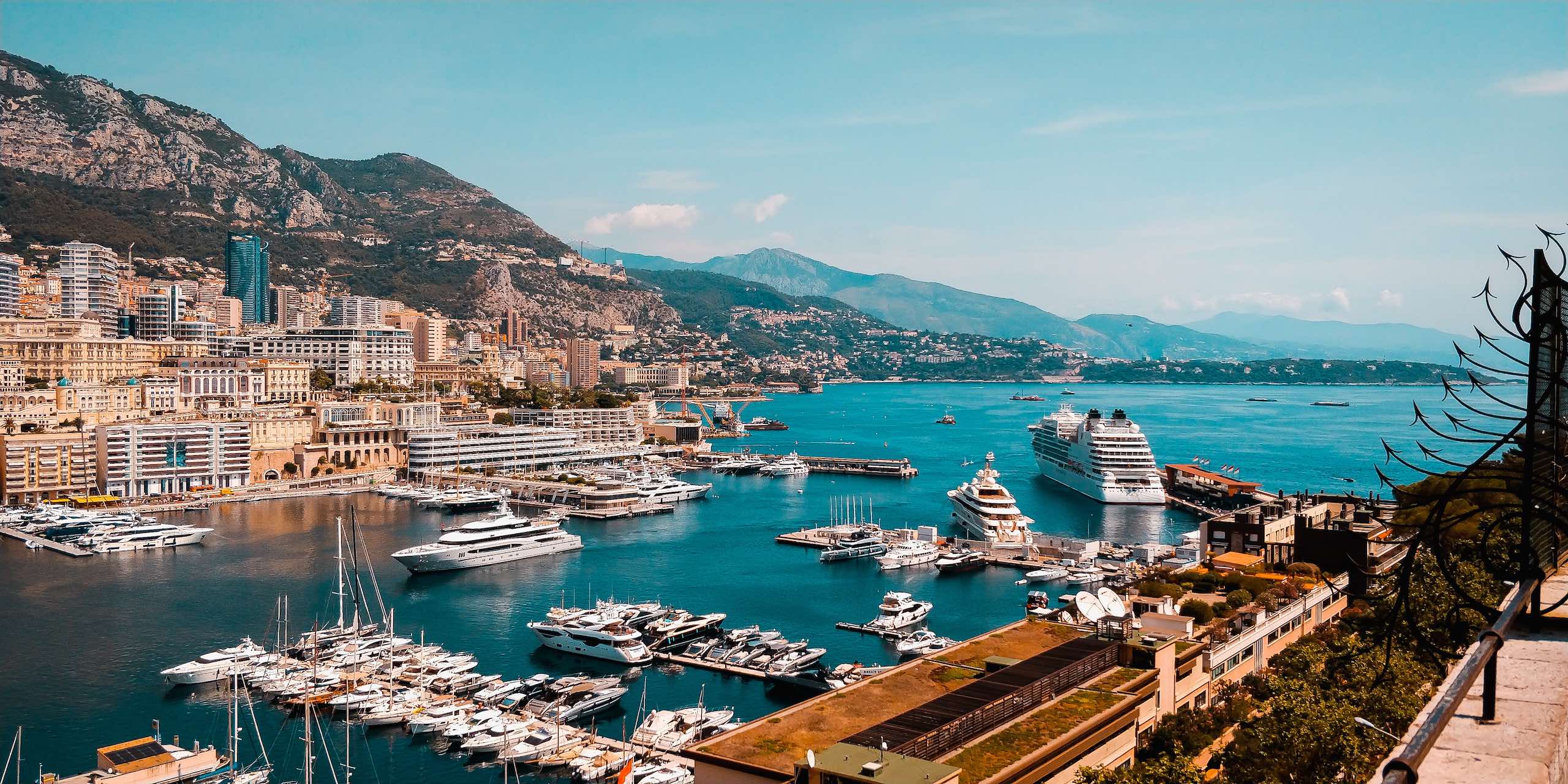 Also known as the French Riviera, Côte D’Azur is a glamourous stretch of beautiful towns, historic cities and endless natural attractions along the Mediterranean coastline, stretching from the French-Italian border to Toulon. Thanks to the region’s glorious weather, rich history, serene sights and luxury resorts, Côte D’Azur was once a popular wellness retreat for European aristocrats such as Queen Victoria, Pablo Picasso, Francis Bacon, and Tsar Alexander II. In the modern era, Côte D’Azur is widely considered to be one of the world’s best seaside destinations, home to beautiful beaches, designer bars, coastal trails, belle époque villas, and red-rock headlands that surround spectacular hilltop villages, vineyards, flower farms, and mountain scenery. And thanks to the region’s prevailing attitudes, Côte D’Azur is a fantastic holiday destination for the gay community.

During a four-day trip to Côte D’Azur, you can bet big in the casinos of the luxurious Monte Carlo, dine in style in Nice, and visit charming towns and communes such as St-Paul-de-Vence and Saint-Tropez. If you can spare a few extra days in this amazing region, you could sail to offshore islands or attend the Cannes Film Festival, a highly revered event that debuted back in 1946. In our four-day Côte D’Azur travel itinerary, we’ll focus mainly on the cities of Nice in France and Monte Carlo in Monaco.

France at a Glance

The Côte D’Azur is a pleasure to visit year-round, though you might want to book a spring or summer trip if you want the classic resort experience and the best beach weather of the year. Spring is also the best time to visit if you want to attend an event such as the Cannes Film Festival or the Monaco Grand Prix. Autumn is much quieter and more prone to rainy days, though early fall makes for a relaxing and peaceful swim in the Mediterranean. The region’s mild winters tend to be quiet on the tourism front, except during the festive season and Carnaval.

On top of boasting beautiful weather and scenery, France is one of the world’s most forward-thinking and tolerant nations for the LGBTQ+ community. ‘Gay Paree’ is home to France’s largest gay community, home to countless gay bars, restaurants, services and organisations. There’s also a vibrant and lively LGBTQ+ scene in Nice and Marseille. In small villages, attitudes may be somewhat more conservative, but the vast majority of hotels won’t mind same-sex partners sharing a bed. If you happen to be visiting Paris before heading down to the Côte D’Azur, we recommend browsing the books on display at Les Mots à la Bouche, a well-stocked gay bookstore that sells publications in English and French.

France’s welcoming attitude towards the gay community is reflected in its legal system. Homosexual activity has been legal since 1791 and same-sex marriage has been legal since 2013. Moreover, adoption is legal, changing gender without having surgery is legal, and the age of consent has been equal since 1982. At the time of writing, conversion therapy remains banned, but discrimination against the LGBTQ+ community has been outlawed since 2004. 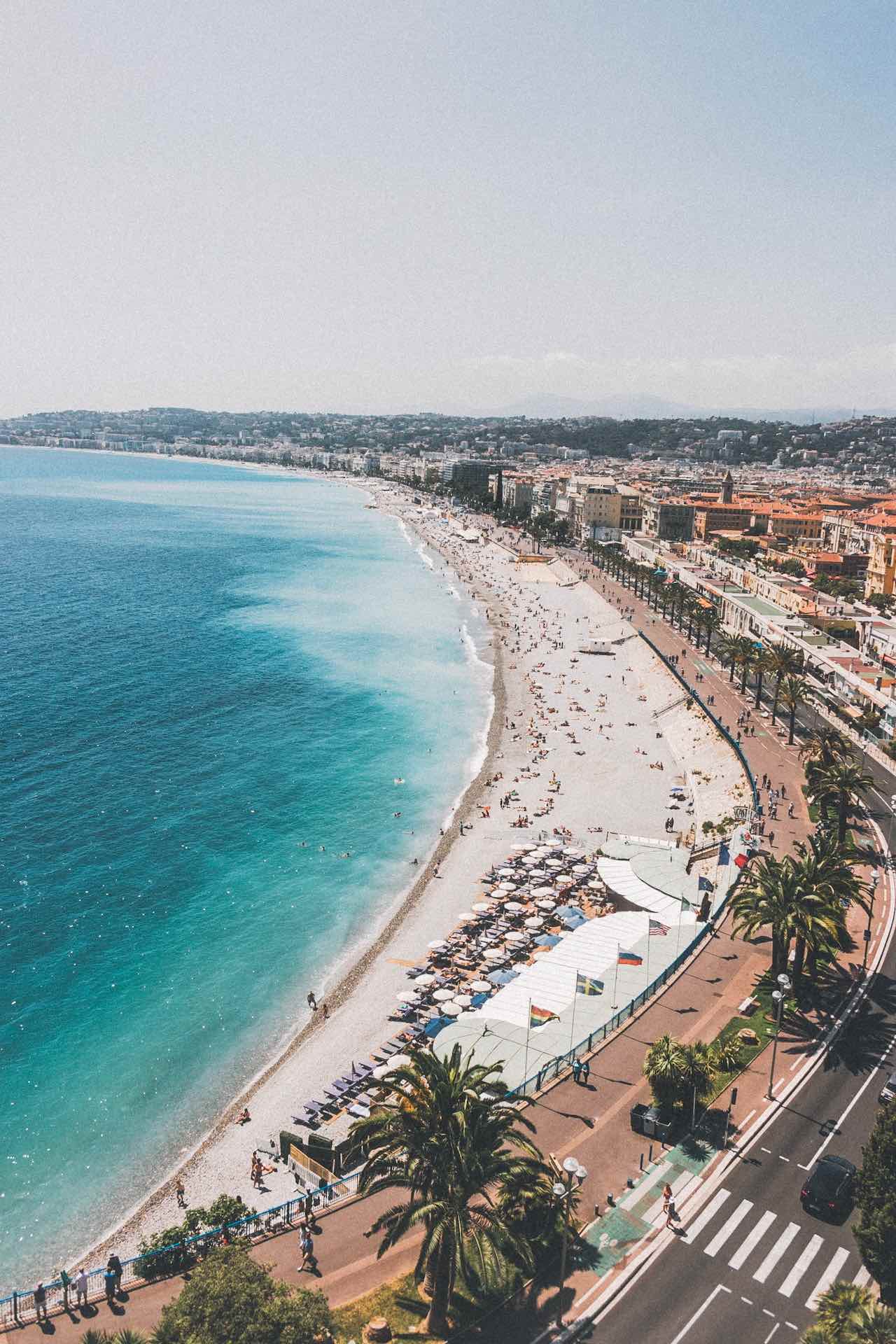 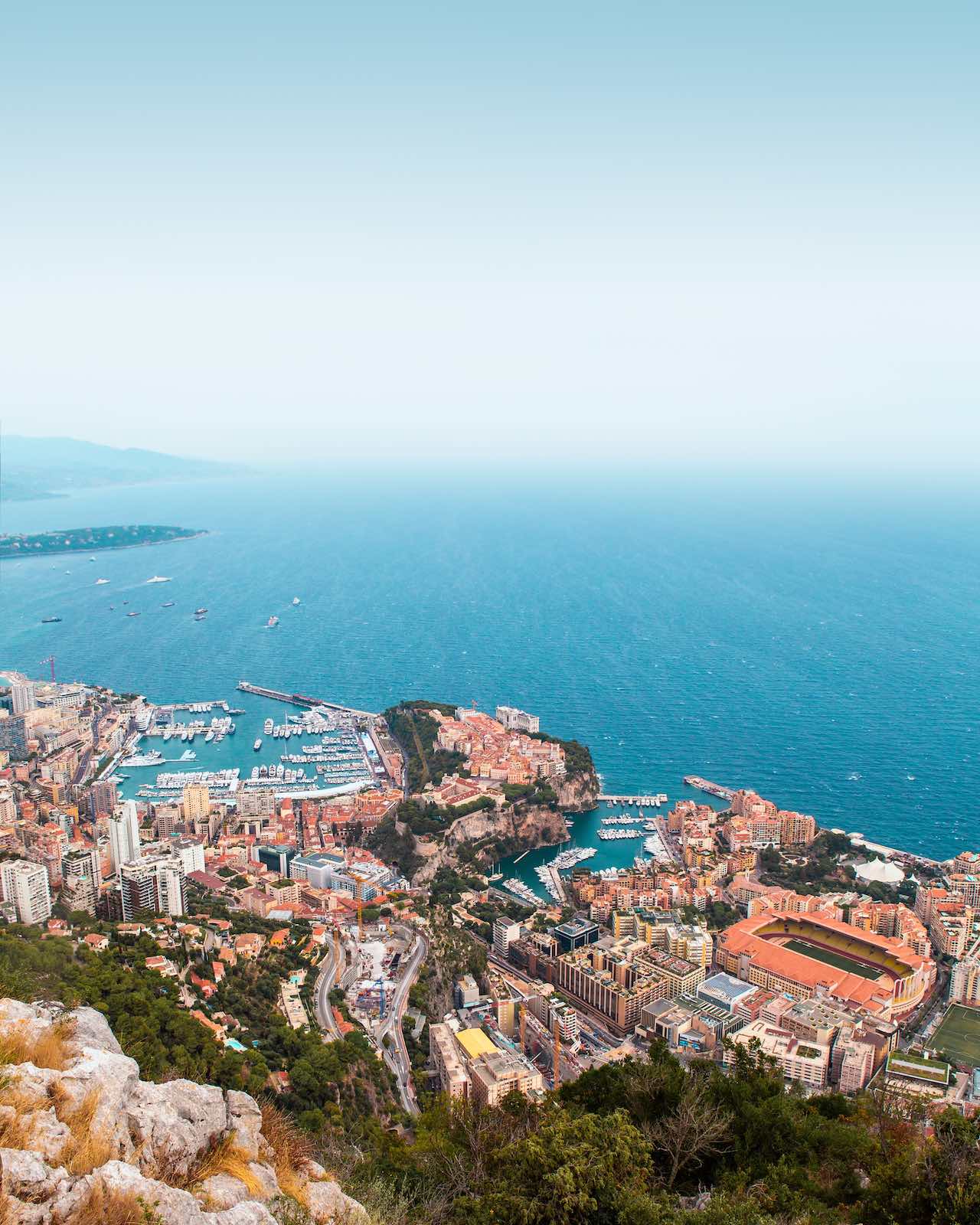 If you’re now convinced that a trip to the Côte D’Azur is the perfect retreat for you, here’s how we suggest making the most of four days in the region.

On the first day of your holiday, you’ll make your way to the city of Nice, an artistic hub and department (province) capital on the shores of the Baie des Anges. Take the first day to relax after a long journey, settle into your hotel, and perhaps sample local delicacies like socca or les petits farcis. 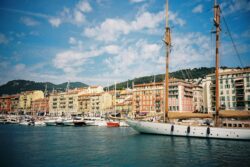 Nice | From the market to the Matisse Museum

On the second day, you’ll discover the sights and landmarks of Nice’s Old Town. At the Cours Saleya open-air market, you can browse colourful displays of fresh produce and flowers, plus a few stalls of pretty antiques. Here, you can dig into local treats like chickpea-flour pancake and pissaladiere, which is a unique type of onion tart. After your shopping spree, continue on to the Matisse Museum to view prestigious artwork from the collection of the gallery’s namesake artist. Then, see more of Nice’s artsy side by heading to the medieval village of St-Paul-de-Vence above the hills of Baie des Anges. We recommend stopping for lunch at the art-filled Colombe d’Or hotel. You can spend the rest of the afternoon exploring Nice at your own leisure. 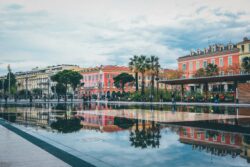 On the third day, you’ll explore the glitzy seaside city of Monte Carlo, famous for being a playground of the rich and famous, but with plenty to do for those who are budget conscious. You’ll start by visiting the Saint-Jean-Cap-Ferrat, where you can discover the stately Villa Ephrussi de Rothschild and its private gardens. Alternatively, head over to the village of Eze, which overlooks the Mediterranean from its clifftop location. Eze’s winding streets and historic squares are a delight to explore, as are attractions such as the Jardin Exotique. Then, return to Monte Carlo to discover landmarks like the Palais Princier and the Oceanography Museum. 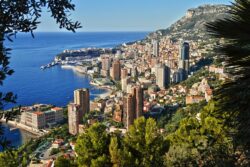 On the final day of your trip, you’ll return to Nice, where you can fly home or on to your next destination from Nice Côte d'Azur Airport. 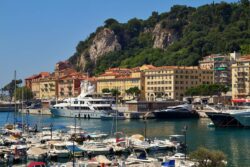 If you want to add a day or two to your Côte D’Azur getaway, we recommend starting in Saint-Tropez before heading to Nice. The coastal town of Saint-Tropez is famous for its art and nightlife scenes. L'Esqui Club is one of the best nightlife venues in Saint-Tropez for the LGBTQ+ community. You can also explore the beautiful La Ponche quarter to observe yachts arriving at the harbour. It takes about two hours to drive from Saint-Tropez to Nice. 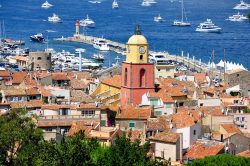 Get in touch if you would like us to arrange your Côte D’Azur trip. Did you have a different France itinerary in mind? No problem. We tailor every trip to your individual travel style and passions so just let us know what you’re looking for. 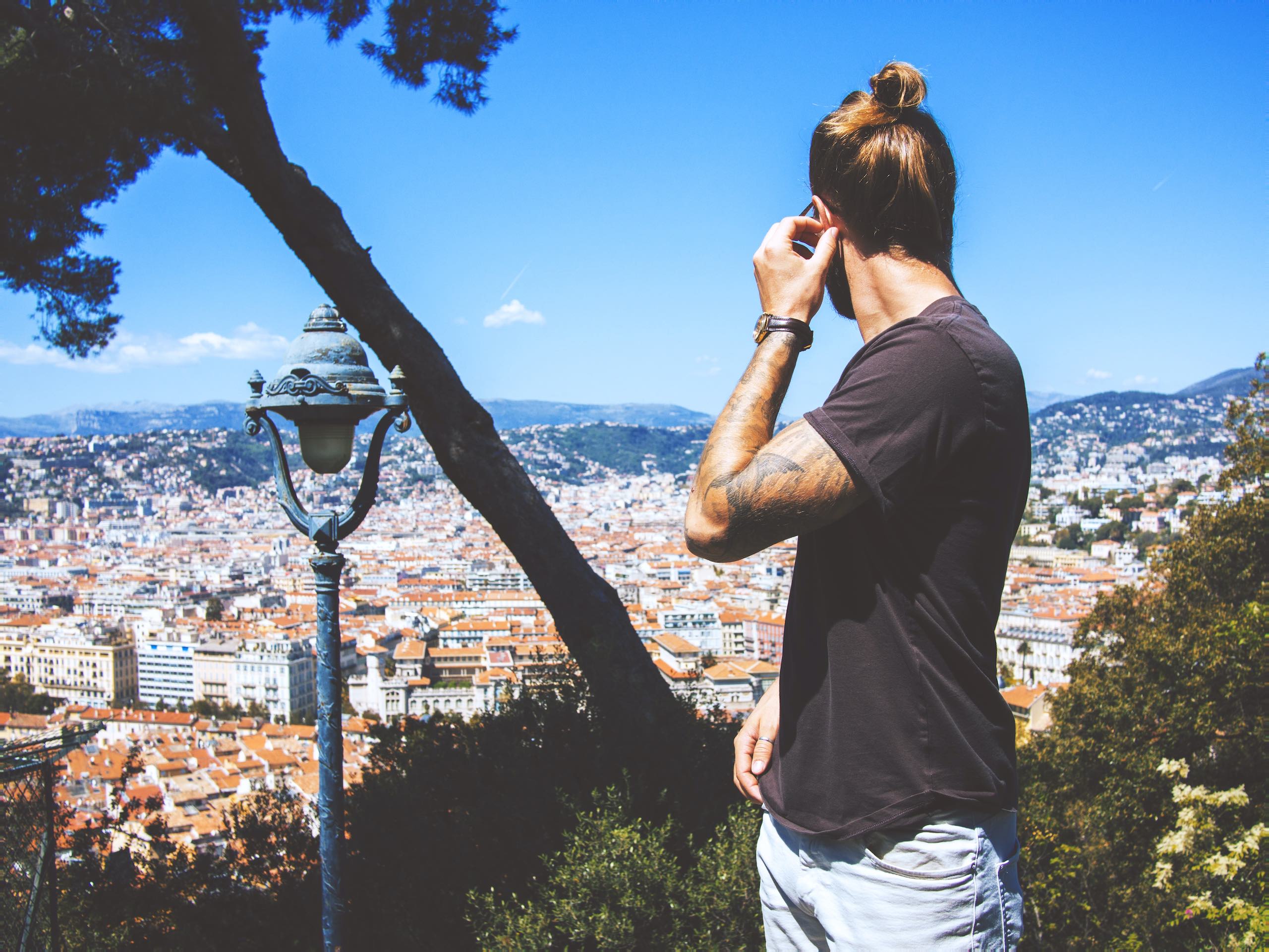 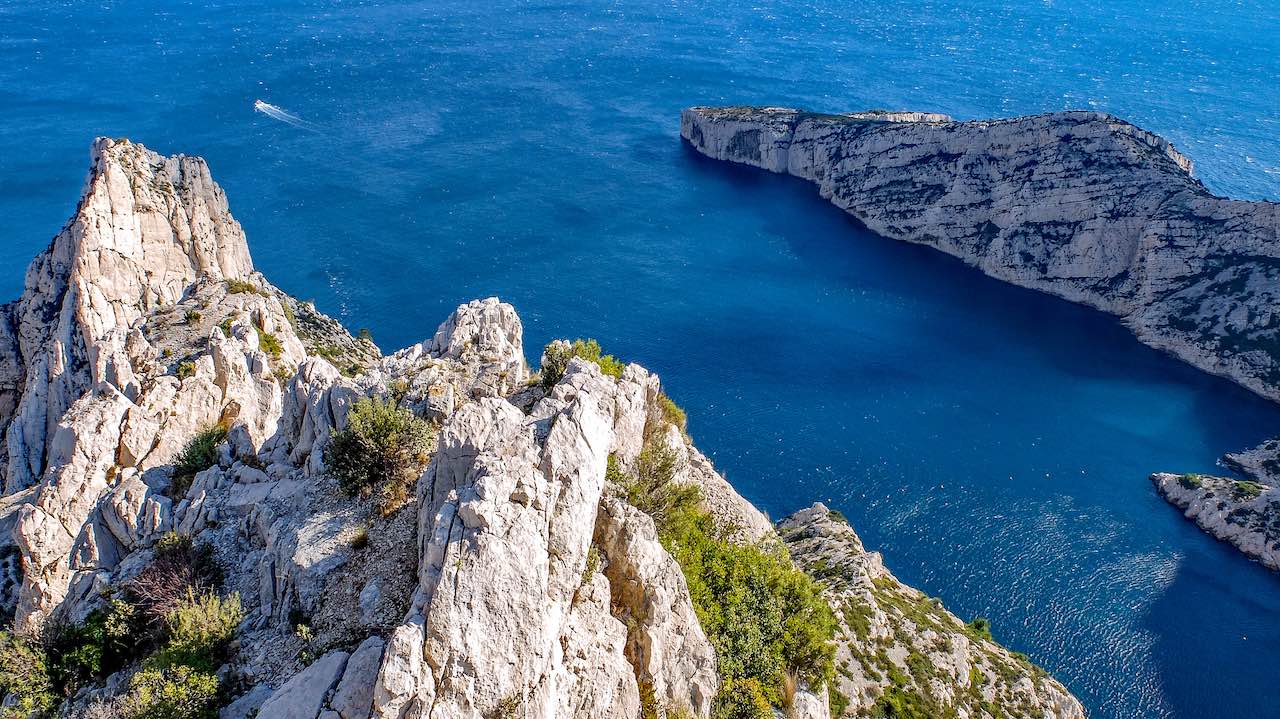