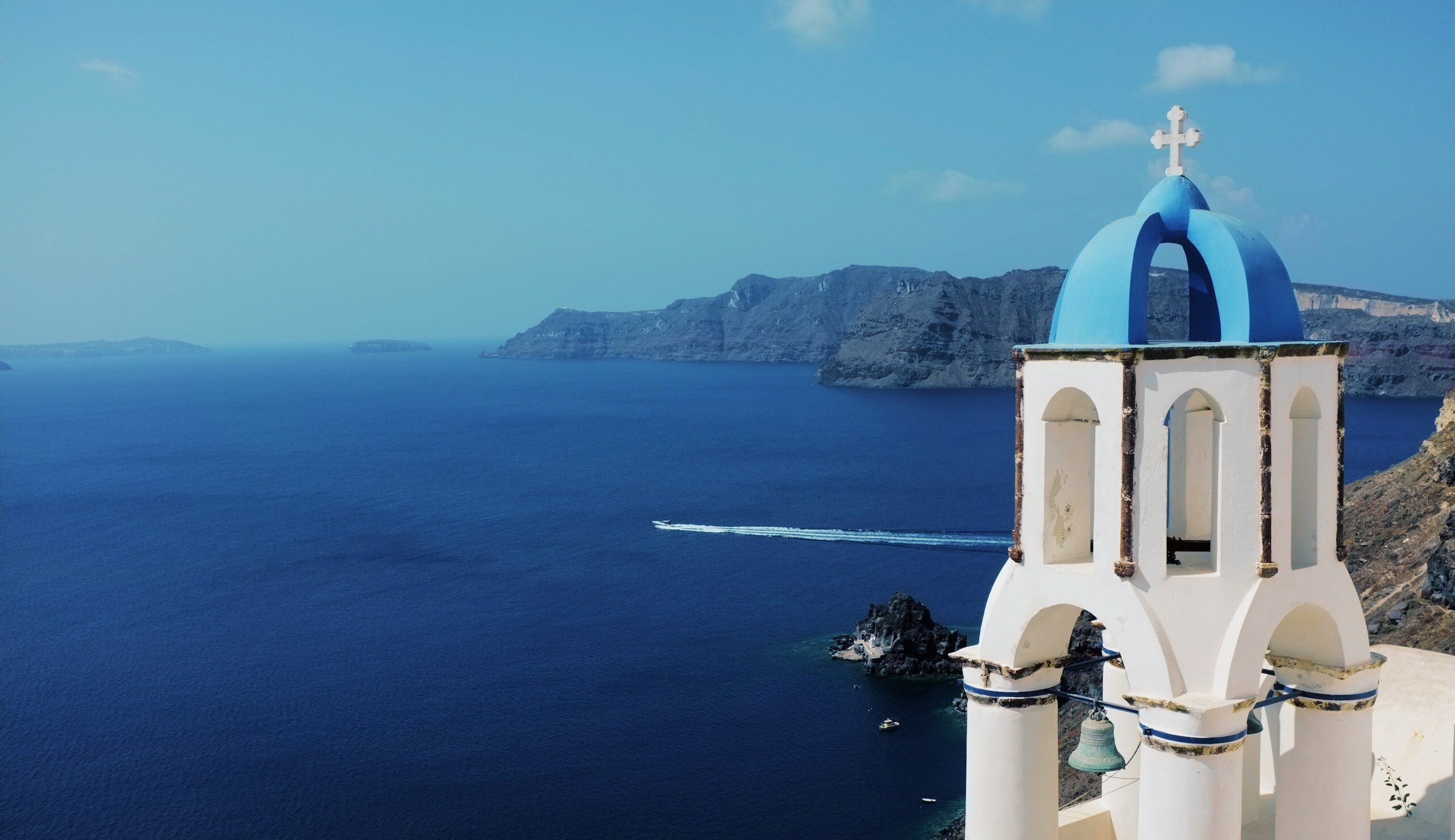 Tailor-Made Greece: Jewel of the Mediterranean

With its historic cities brimming with iconic ruins, whitewashed Mediterranean villages, world-famous cuisine, and thousands of paradisical islands lapped by the waters of the Aegean and Ionian Seas, Greece dominates the bucket lists of travellers year after year. While many visitors flock to Greece to see its stunning beaches and attractions that detail over four millennia of history, this stunning nation boasts the likes of mountainous vistas, vineyards and lush native forests slightly further inland. Plus, for better or worse, Greece is one of the most affordable nations in Europe, despite being one of the most impressive and diverse.

By following our 13-day travel itinerary, you’ll see the fascinating archaeological sites of Athens as well as the sun-drenched islands of Mykonos, Santorini and Crete. You’ll learn about the lives of influential figures of the past such as Aristotle and Homer. You’ll also gain an insight into the legacy, culture and history of Greece, which is widely credited as being the birthplace of democracy, mathematics, science, and Western civilisation itself.

Greece at a Glance

As one of southeast Europe’s most liberal countries, Greece is a hugely popular destination with the LGBTQ+ community. Homosexual activity is legal, and same-sex marriages in the form of civil unions have been legal since 2015. While conversion therapy is banned, the right to change gender without surgery is legal. Same-sex couples in a civil union can foster, but not adopt. Also, the age of consent is the same for everybody, regardless of gender or sexual orientation. In general, Greek society has a welcoming attitude towards gay travellers, though because the Orthodox Chruch plays a huge role on the nation’s outlook on sexuality, homosexuals are sometimes frowned upon outside of major cities.

LGBTQ+ rights in Greece may still be behind many European counterparts, but attitudes have evolved significantly over the past few years. The city of Athens boasts a thriving gay scene, particularly in the Gazi neighbourhood, and islands like Mykonos are famous the world-over for their gay nightlife, and Lesvos has practically become a pilgrimage for lesbians. Annual Pride events take place in Athens, Patras, Thessaloniki, and the Crete capital of Heraklion.

The best times to visit Greece are either May to June or September to mid-October, when the weather is mild and the prices are reasonable, though the busy peak season runs from July to August. Winter is the quietest time of year, with many restaurants and hotels on the islands closing for the season. It’s a good idea to carry cash while exploring Greece. Lesser-known islands and small towns often lack ATMs, though major credit cards are usually accepted in big stores. 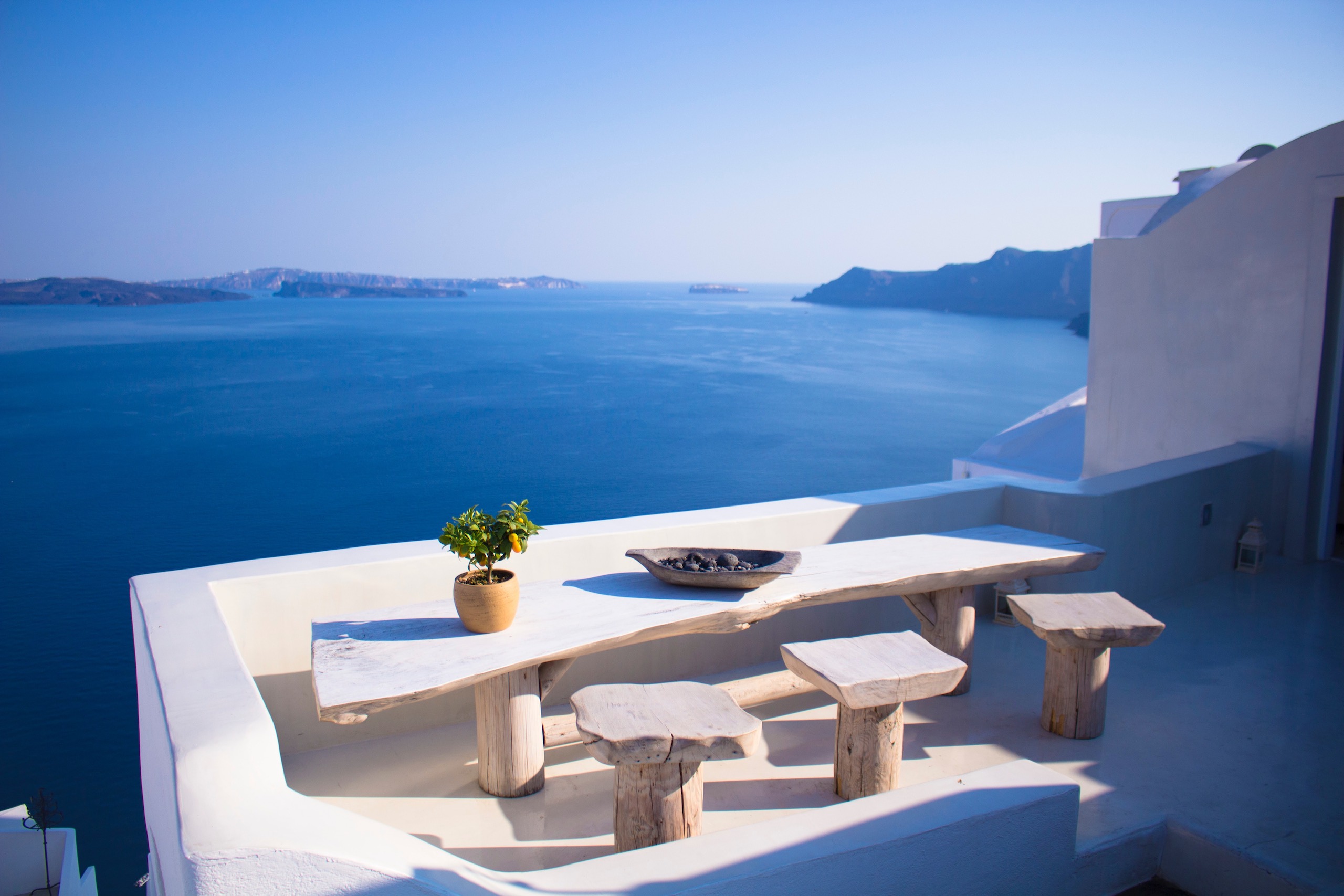 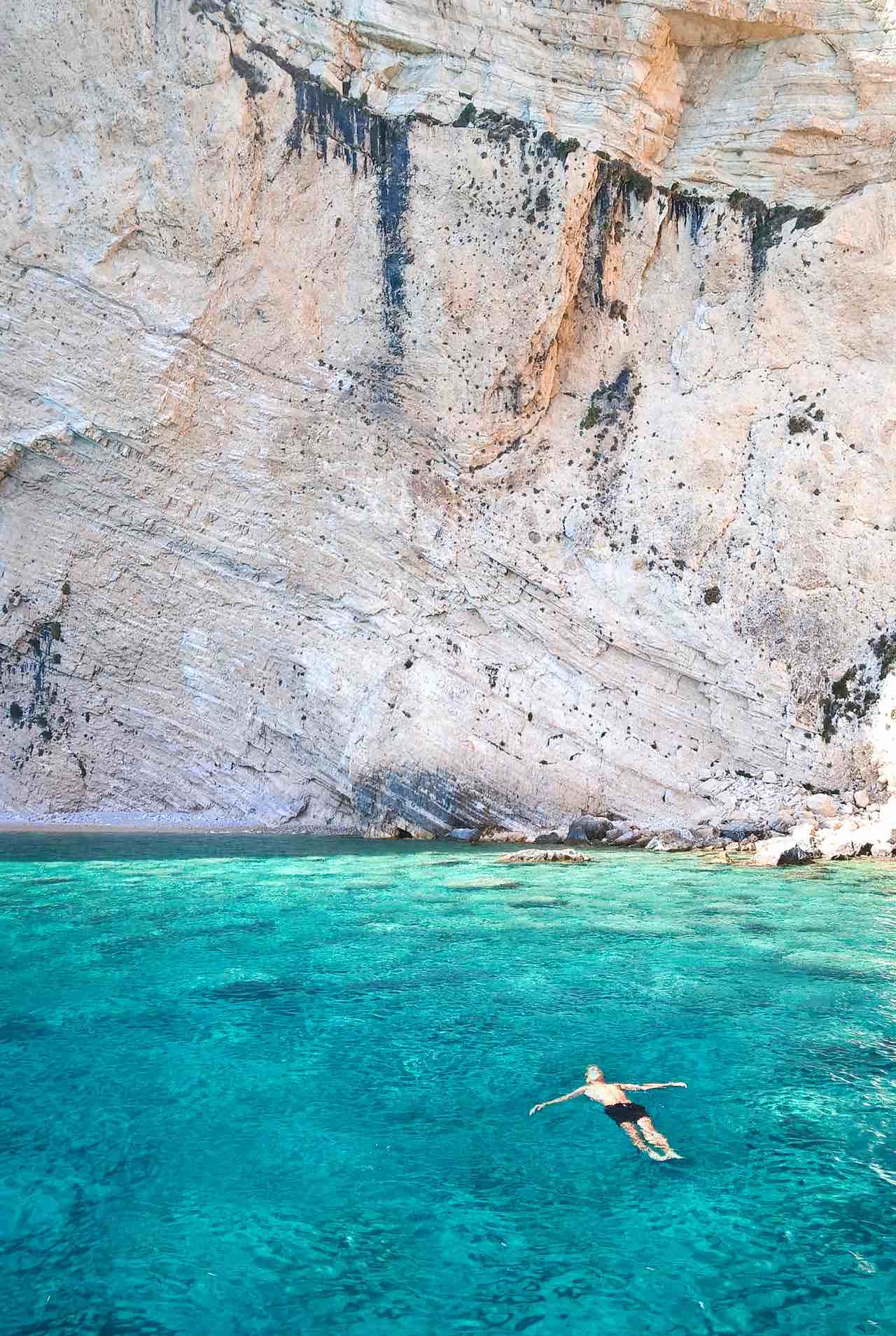 Want to make the most of 13 days in Greece? Here’s how we suggest spending your time.

After a long journey to Greece, take day one to simply check in to your hotel and rest up, ready for a thrilling adventure ahead. 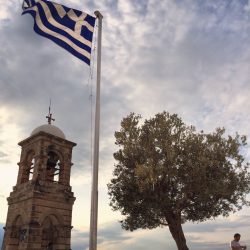 Athens and the ancient Acropolis

On day two, you’ll discover one of the Western world’s most important ancient monuments – the Acropolis. Conceived over 2,500 years ago, the Acropolis is a symbol of Athens, home to a complex of monuments such as the Parthenon. 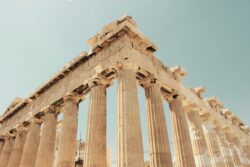 On day three, you’ll dive into the local culture of Athens by visiting local neighbourhoods, speciality food shops, and the Varvakois food market, where you can sample delicacies like cheese, olive oil, honey, and pastourma (cured meat). In the afternoon, head over to Cape Sounion to explore the Tempe of Poseidon clifftop ruins, from which you take in stunning vistas. Return to Athens after exploring the temple.

Today, you’ll fly to Crete and settle into your chosen hotel. If time permits, we suggest visiting the Palace of Knossos before spending the evening at a local winery. 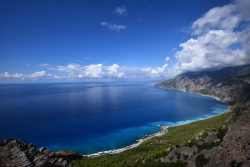 Wake up early on day five so that you can arrive at Plaka just after breakfast. From Plaka, you can take a ferry to the island of Spinalonga, where you’ll discover the remains of a Venetian fortress and gain an insight into life on the island during its time as a leper colony from 1903 to 1957. When you return to Plaka, you can visit flower-filled streets, traditional tavernas, and stores selling local handicrafts.

A day of leisure on Crete

Use day six to refuel after a busy five days of exploring. Today is your perfect opportunity to top up your tan or simply explore the hidden gems of the island.

On day seven, ride the ferry to the island of Santorini, nicknamed the Jewel of the Cyclades. Check in to your hotel and rest up for an exciting tomorrow.

After a good night’s sleep, it’s time to get your fill of history on day eight at the Minoan town of Akrotiri, where you’ll discover the ruins of historical buildings that were preserved under a layer of volcanic ash during the 17th century. End the day with a visit to a winery to sample wine produced using the Assyrtiko grape. 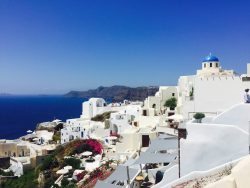 On day nine, make the most of your free time on Santorini. Beaches lapped by the blue Aegean Sea are especially inviting. We also recommend admiring views of the volcano caldera.

After taking the ferry to Mykonos on day ten, you’ll be able to check in to your hotel before exploring the island’s charming capital, also named Mykonos, which is home to nightlife spots, restaurants and shops galore.

On day 11, you’ll jump on a public cruise to Delos, a UNESCO-listed island that’s famous for being the birthplace of Apollo and Artemis in Greek mythology. You’ll be able to delve into the island’s history while exploring the ruins of a former port.

On the final full day of your Greek getaway, you’ll have time to sunbathe on sandy beaches lapped by the azure waters of the Aegean Sea. Today’s the day to treat yourself to a spa treatment, splash out on the local cuisine, and make the most of your final night in the beach clubs of Mykonos.

On day 13, you’ll make your way to Mykonos International Airport, from where you can fly back to the Greek mainland or your next destination. 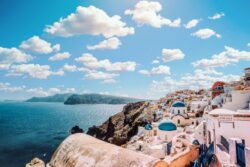 While exploring Athens, we highly recommend the Dining In The Sky experience, during which you’ll take in panoramic city views as your rotating table is suspended from a crane. If you fancy a spot of hiking in Santorini, head to the summit of Mount Elias to see the Acropolis of Ancient Thera. Then, follow the Spartan Trail downhill to the 1,000-year-old church of Episkopi and the ancient Dorian settlement of Mesa Vouno.

Get in touch if you would like us to arrange your Greece trip. Did you have a different Greece itinerary in mind? No problem. We tailor every trip to your individual travel style and passions so just let us know what you’re looking for. 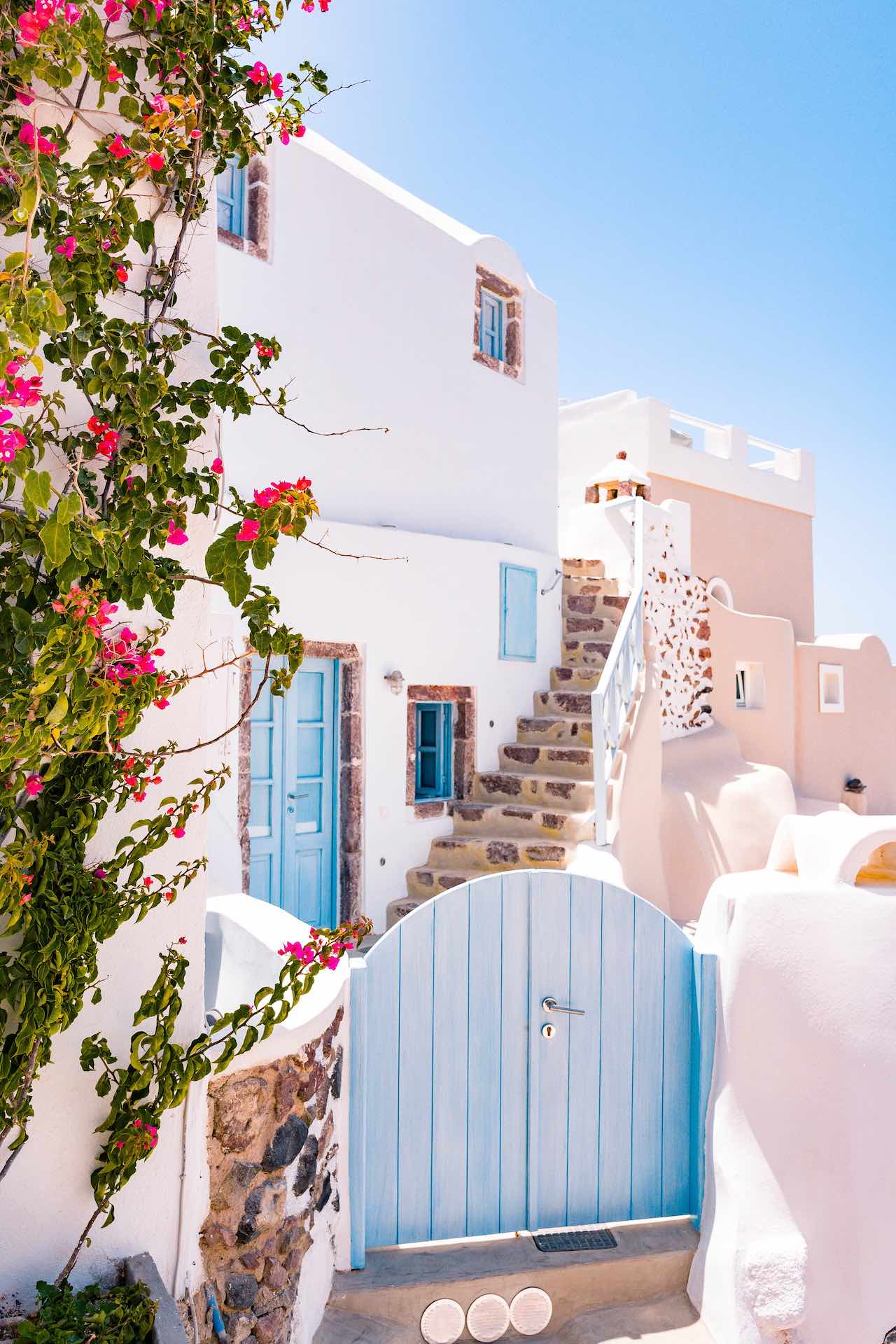 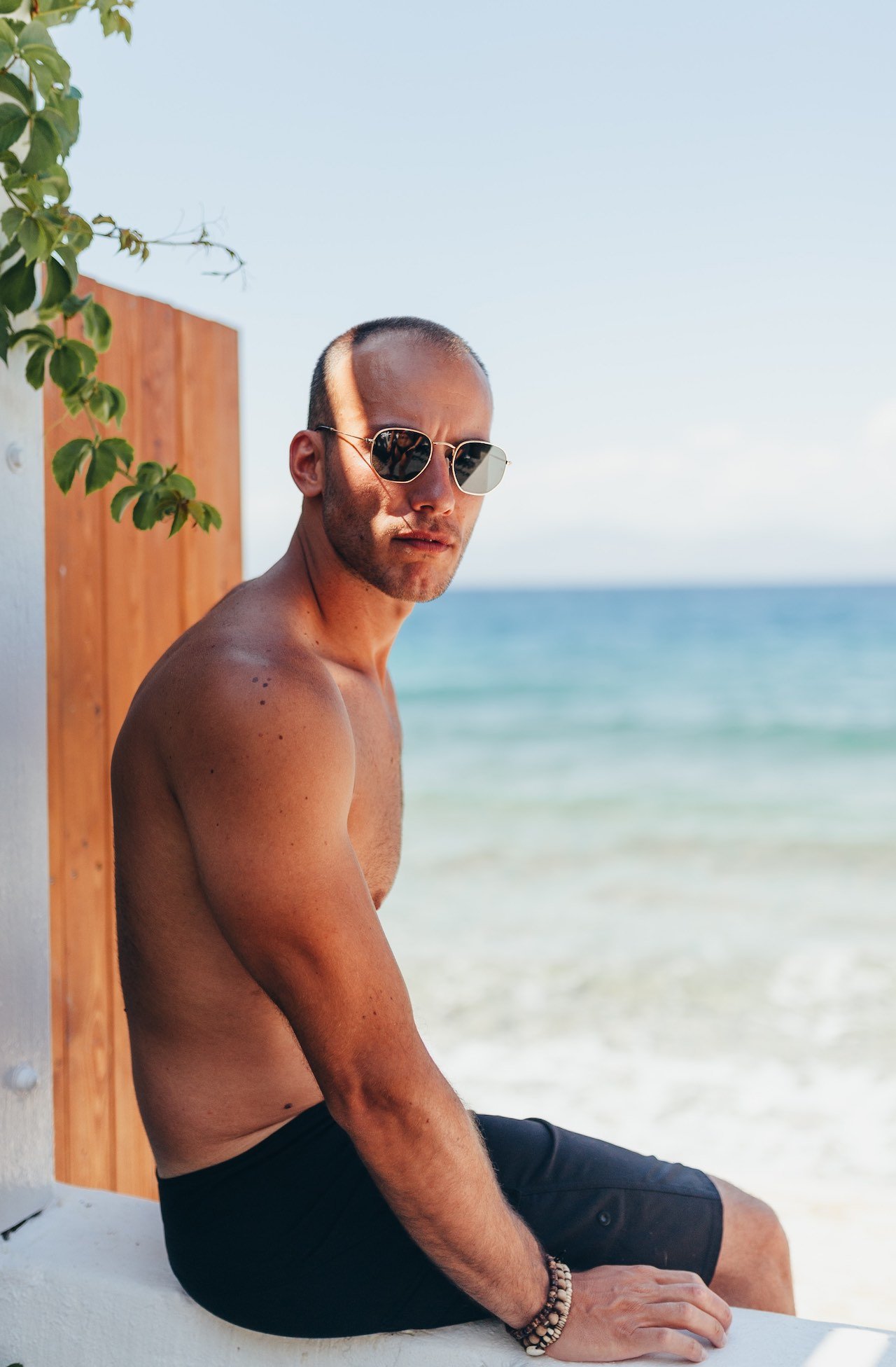 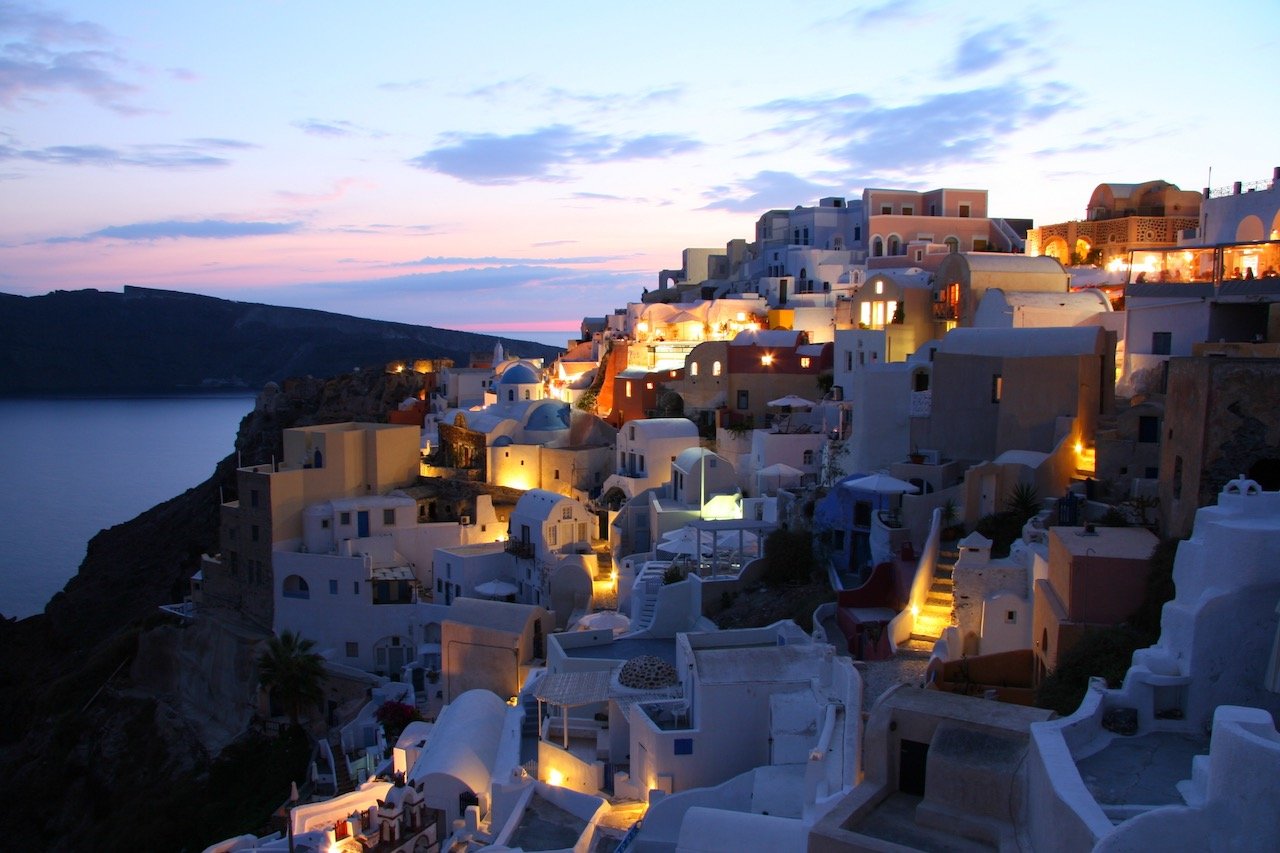