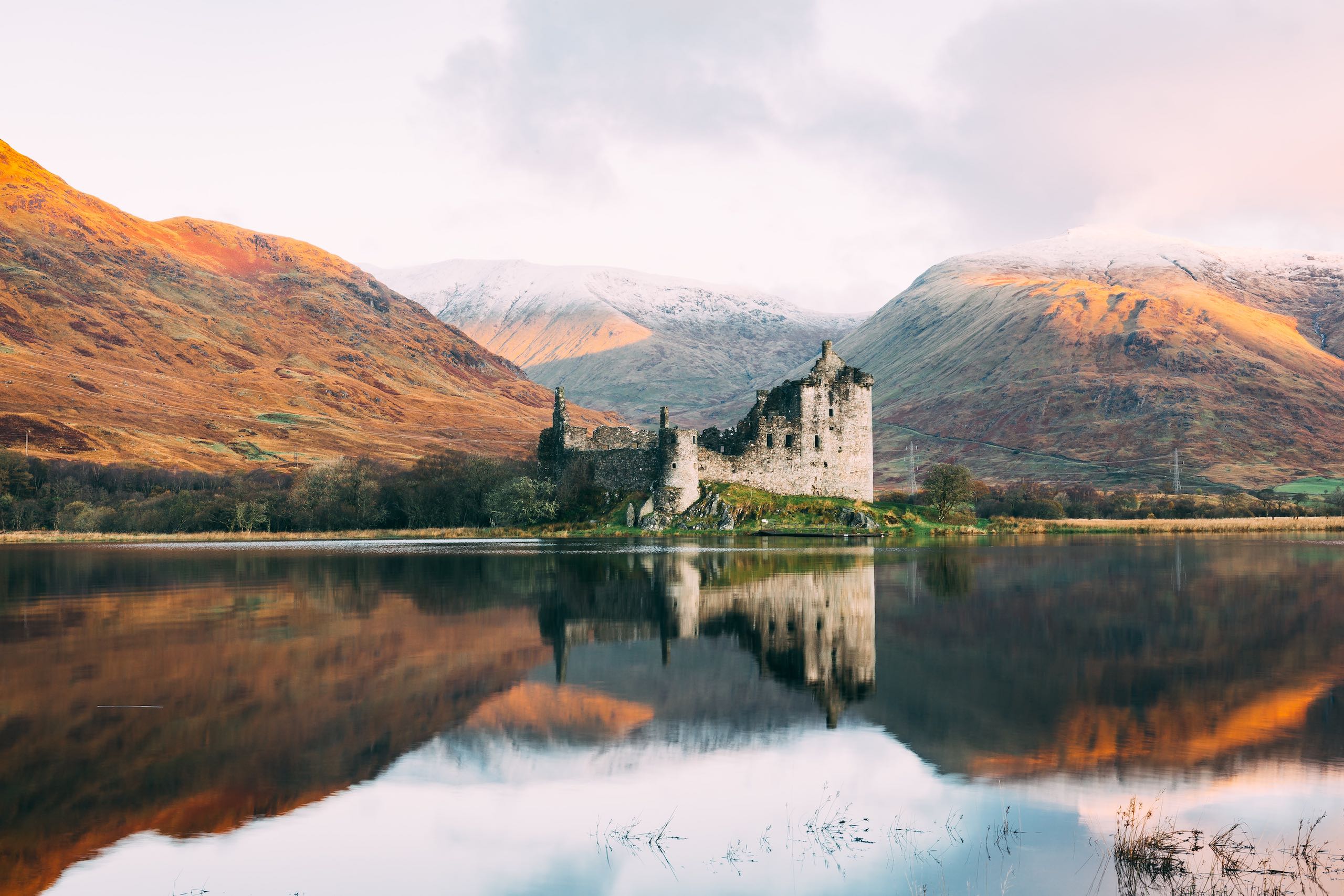 Despite being a compact nation, Scotland is bursting with famous and hidden treasures, from the architectural gems of Edinburgh to the history-rich mountains and former battlefields of the Highlands. Besides the capital, Scotland boasts vibrant cities such as Glasgow, Aberdeen and Dundee, picture-perfect islands and isles like the Outer Hebrides, and some of the largest expanses of untouched wilderness in Western Europe. Scottish natural wonders include the Corryvreckan whirlpools, the jagged peaks of Cuillin, and an abundance of mystery-shrouded lochs. And then there’s ancient human-made delights such as the castles of Caerlaverock and Craigmillar. On top of everything, Scotland is home to wildlife ranging from minke whales to golden eagles, not to mention a population of notoriously friendly and down-to-earth locals.

11 days is more than enough time to see some of the most notable and diverse highlights of Scotland. By following our itinerary, you’ll start in Edinburgh and make your way to Glasgow, stopping at destinations such as Inverness, Inverlochy and the Isle of Eriska along the way.

Scotland at a Glance

Scotland’s most famous city is undoubtedly its capital, Edinburgh, admired for its majestic buildings and gardens, cobbled alleyways, museums, friendly locals, and the magnificent Edinburgh Castle that overlooks the city. In Glasgow, Scotland’s largest city, you can relish a world-class gastronomy scene, thumping nightlife, and plenty of culture. Outside of the cities, Scotland is revered for its stunning landscape, with vistas of valleys, peaks, lochs and Highland settings around every corner. Due to Scotland’s location amid the Atlantic Ocean and the North Sea, the weather is frequently rainy and windy, but such conditions only add to the charm and mystery of the nation’s atmosphere. The summer months of June to August are busiest with tourists, though winter attracts visitors looking to celebrate Hogmanay. For agreeable weather when there are fewer crowds than in summer, visit Scotland in late spring or early autumn.

Scotland is currently one of the four constituent nations of the United Kingdom, sharing a 60-mile land border with England to the south. As such, Scotland is one of the world’s most welcoming and progressive nations for the LGBTQ+ community. Homosexual activity, same-sex marriages, and adoption are legal. Additionally, discrimination against the LGBTQ+ community is illegal, and the Police are taking an active role in ending hate crimes. 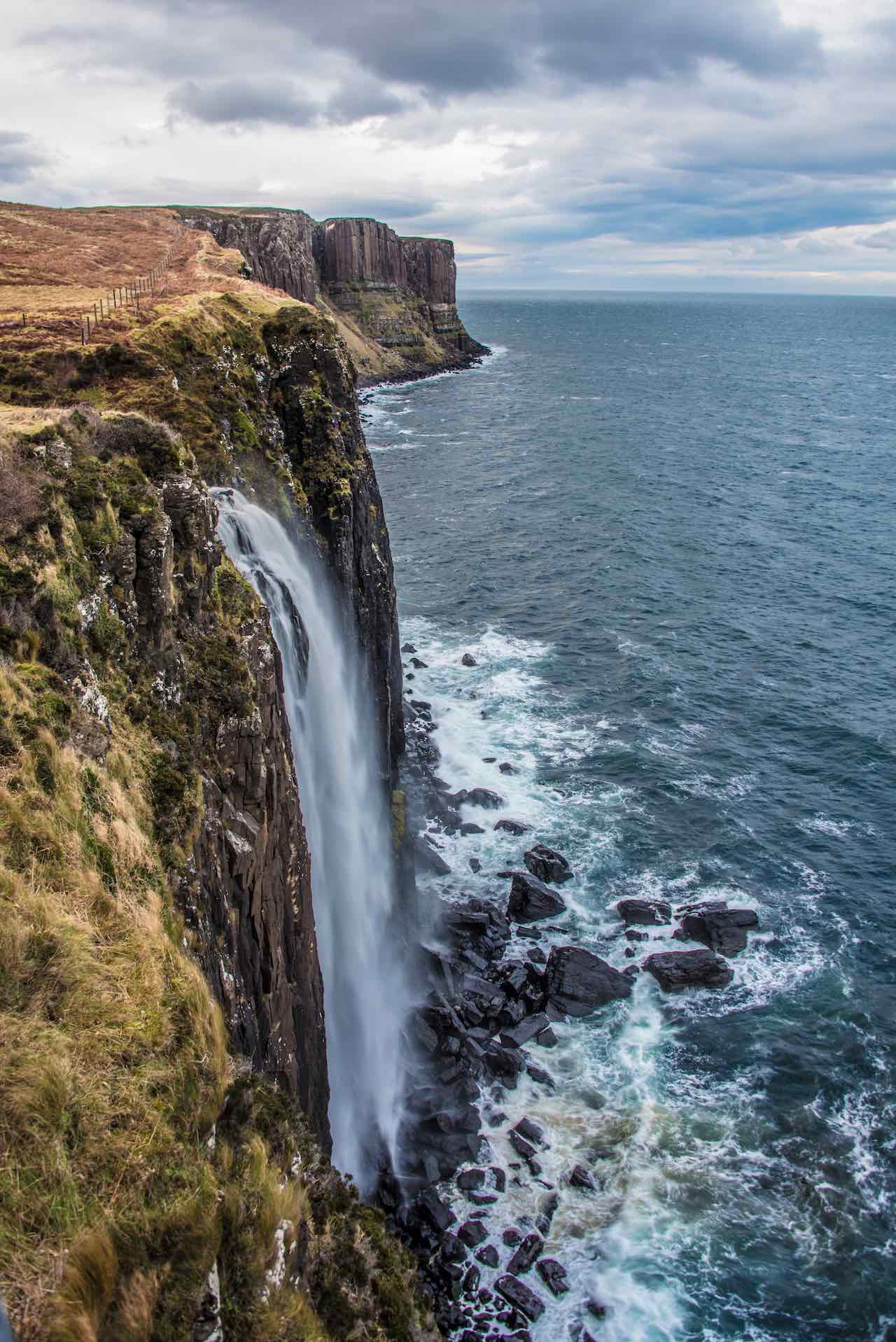 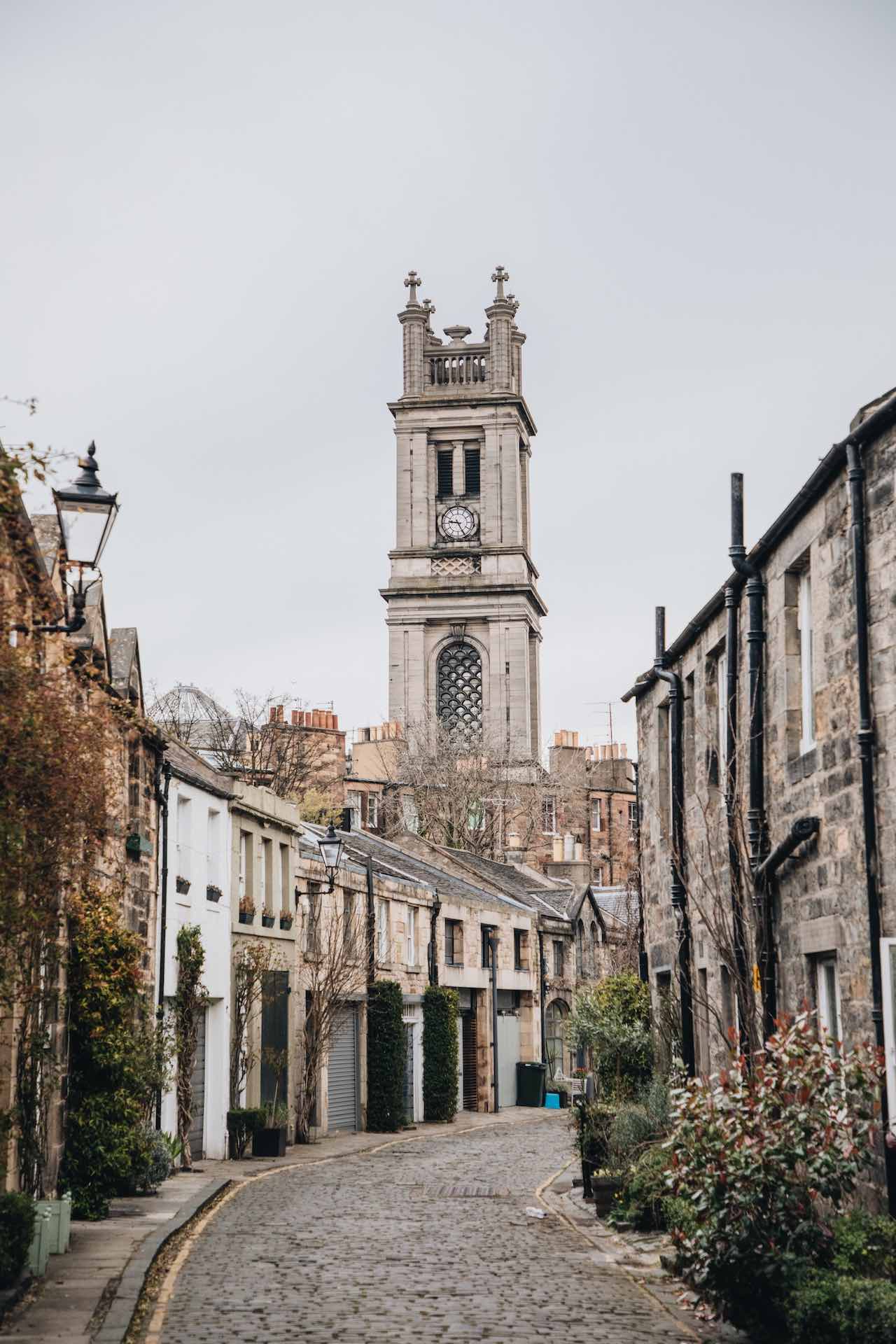 Here’s how we suggest making the most of an 11-day trip to Scotland. Remember, this itinerary can be changed or expanded upon to match your travel preferences.

When you arrive in Edinburgh, take the first day to check in to your hotel and rest up in preparation for a busy 11 days ahead. 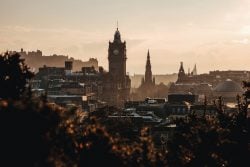 On the second day, you’ll visit Edinburgh Castle to see Europe’s oldest set of Crown Jewels, the Honours of Scotland. After taking in city views from this historic fortress, follow the Royal Mile through the city’s Old Town, where you’ll see landmarks like Saint Giles Cathedral, Holyrood Palace, and the Scottish Parliament Building.

Edinburgh and the Scottish Borders

On day three, you’ll venture south into the Scottish Borders, a scenic area of farmland and rolling hills between Edinburgh and the Anglo-Scottish border. In this region, you’ll see the salmon-rich River Tweed and Floors Castle of Kelso. Before returning to Edinburgh, discover the resting place of Robert the Bruce and Alexander II in Melrose Abbey.

On day four, you’ll travel north into the Highlands by crossing the three famous Firth of Forth bridges that run parallel to the iconic Victorian railway bridge. After driving through Perth, you’ll follow the River Tay to Dunkeld, a quaint town in the Grampian Mountains. In the nearby Pitlochery, you can sample whiskey at the Athol Distillery. Then, travel through the Killiecrankie Pass to see where King William’s troops were defeated by Jacobite forces in 1689. You’ll also tour the white-turreted Blair Castle. Then, continue to your hotel in Inverness, passing through countryside vistas such as the peaks of the Cairngorms on the way. 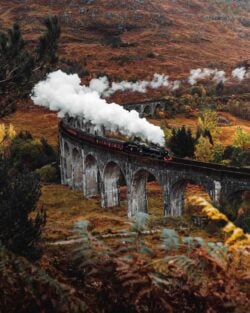 Today, you’ll discover the mountains of the Northwest Highlands that dominate the most remote part of Great Britain. Start by exploring the spectacular region of Wester Ross and follow the rail line route through the dramatic countryside. When you reach the west coast, you’ll see the mountains of Torridon in the Beinn Eighe Nature Reserve, the Inverewe Gardens, and the island-studded Loch Maree, which is connected to the sea at Poolewe via the River Ewe. Take the northerly route by the Corrieshalloch Gorge back to Inverness. 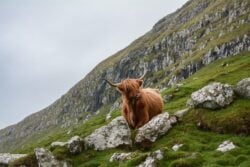 Start day six with a trip to Culloden Moor to see where Bonnie Prince Charlie’s attempts to reclaim the throne came to an end after a battle defeat in 1746. Then, follow the valley of Great Glen to the Town of Fort August on the southwestern banks of Loch Ness. Finally, pay a visit to Fort William at the foot of Great Britain’s highest mountain, Ben Nevis. 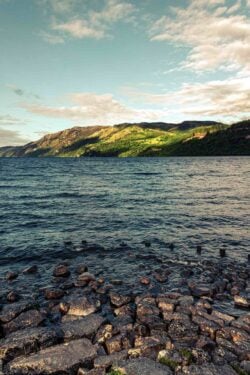 Inverlochy and the Isle of Skye

You’ll spend today exploring some of the most stunning landscapes of the Scottish Highlands along the Spectacular Road, which leads to the port of Mallaig. Along the route, you’ll see the famous Glenfinnan Monument. From Mallaig, ride the ferry to the Isle of Skye, where road signs still written in Gaelic complement the idyllic views of natural splendours like the Cuillin Hills. When you return to the Scottish mainland, pay a visit to the Eilean Donan Castle at Loch Duich before returning to your hotel. 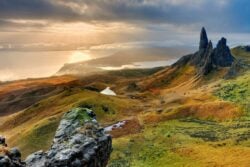 If you have time in the morning, consider riding the gondola-style chairlift near Ben Nevis for magnificent views of the Highlands or explore the collection of locks known as Neptune’s Staircase. In the afternoon, drive along the shore of Loch Linnhe to your hotel on the Isle of Eriska. 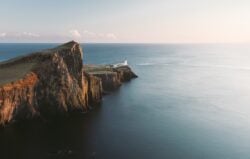 Isle of Eriska and the Hebridean Islands

On day nine, you’ll take a ferry to the Hebridean Islands, where you’ll disembark on the Isle of Mull to visit the town of Craignure, the island of Iona, and the unspoiled countryside settings in between. You’ll ride another small ferry from Fionphort to Iona, where you’ll discover an abbey that dates back to the 6th century and is considered to be the cradle of Scottish Christianity. After enjoying the region’s sandy beaches, return to Oban.

On day ten, you’ll travel to Scotland’s largest city, Glasgow, stopping at Inveraray Castle and Loch Lomond on the way. After checking into your hotel in Glasgow, you’ll have time to see Scotland’s largest medieval cathedral, the university district, and the Art Nouveau-style House for an Art Lover, designed by Charles Rennie Mackintosh in 1901. You can also browse an impressive collection of vehicles at the Riverside Museum, home to the world’s second-oldest Rolls-Royce. 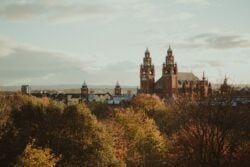 After breakfast on your 11th day, make your way to Glasgow Airport to board your flight home or to your next travel destination.

Get in touch if you would like us to arrange your Scotland trip. Did you have a different Scotland itinerary in mind? No problem. We tailor every trip to your individual travel style and passions so just let us know what you’re looking for. 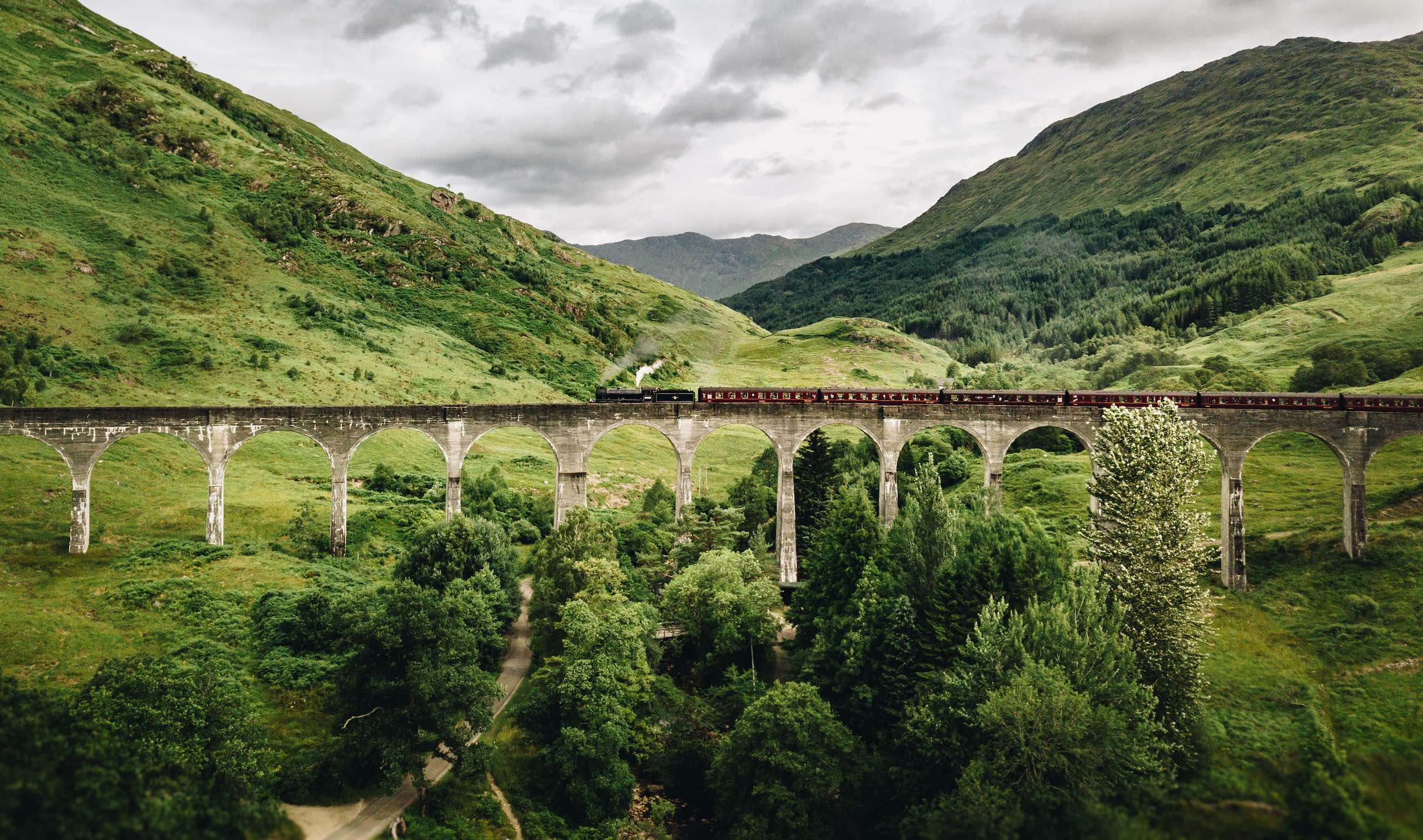 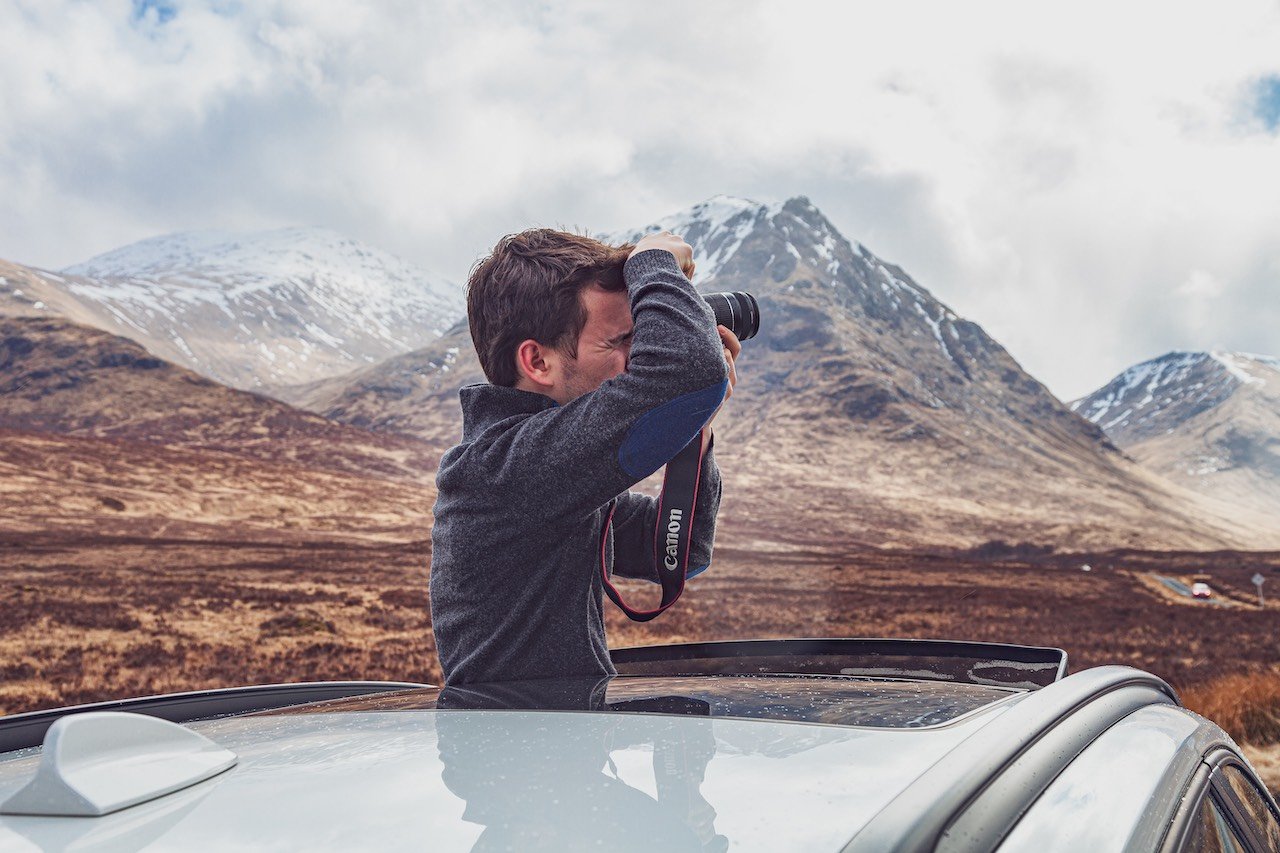 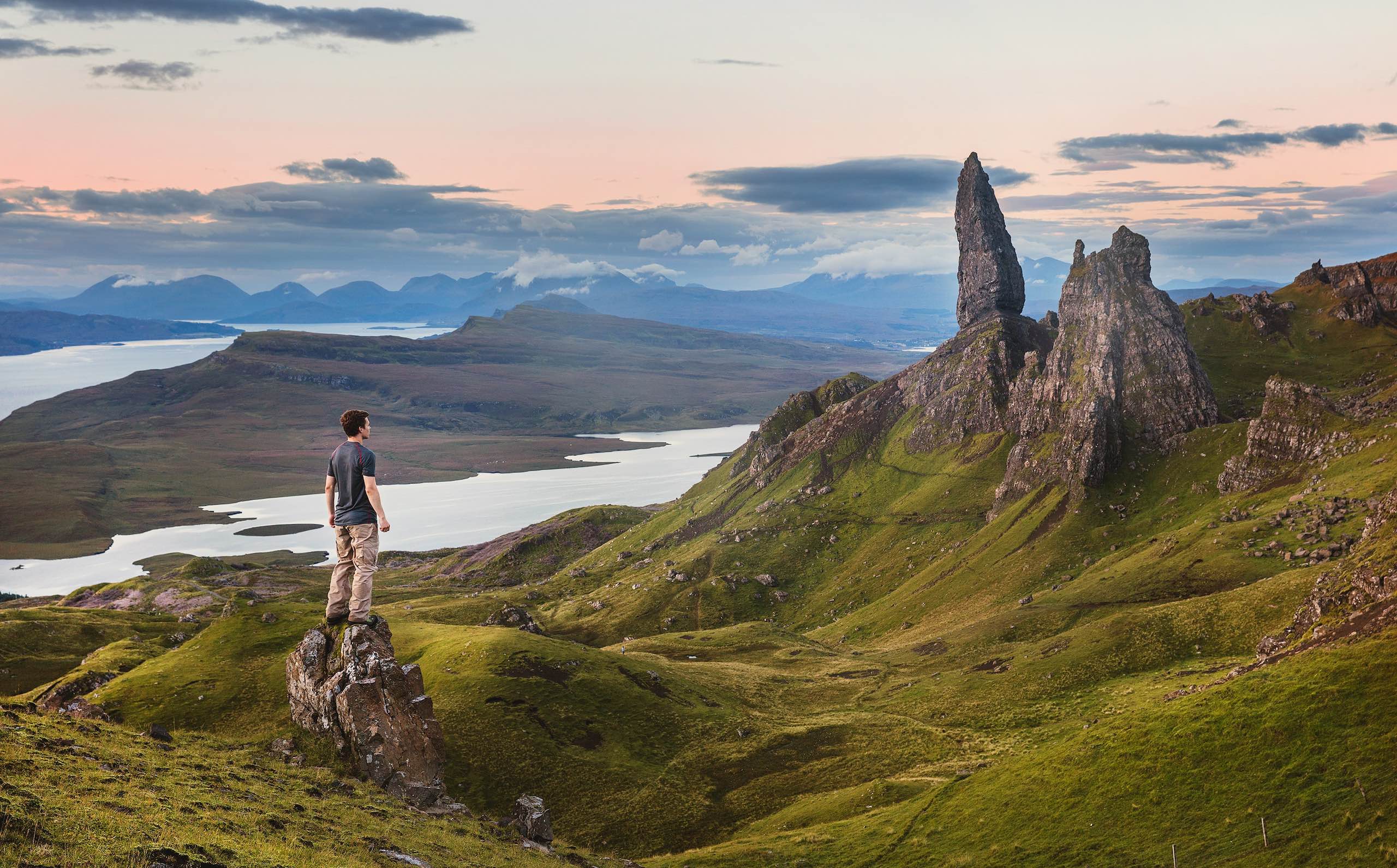