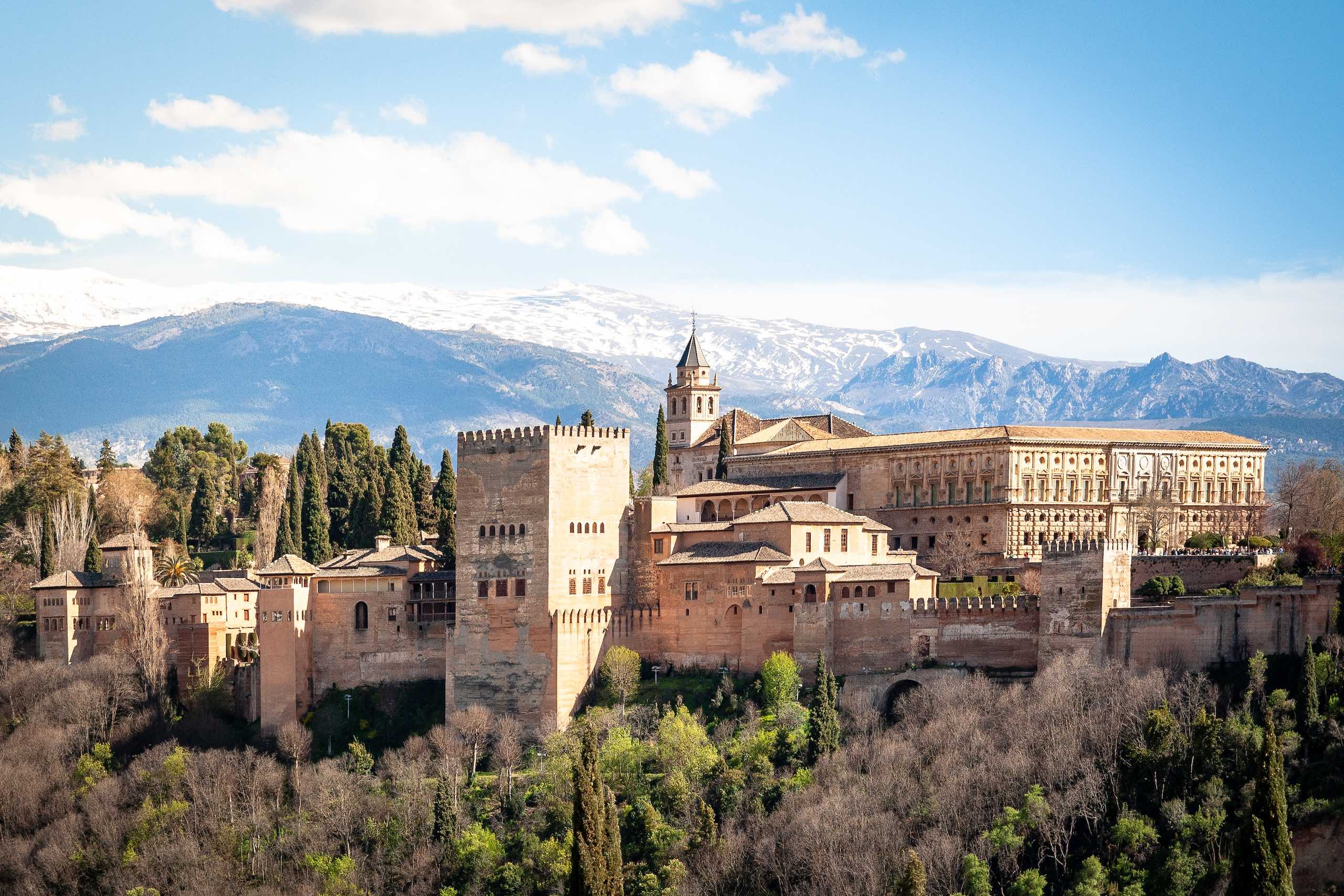 The history-rich vibrant capital of Madrid and the Gaudi-designed architectural masterpieces of Barcelona attract tourists in the droves to Spain from the world-over. And outside these two major urban centres, Spain boasts diverse cities like Córdoba, Seville and Granada, all of which are home to inspiring art and museums, UNESCO World Heritage Sites, and friendly locals galore. Outside Spain’s city destinations, you’ll find beautiful landscapes such as the Picos de Europa, the Pyrenees, the snow-capped Sierra Nevada, and the sun-drenched plains of Andalucía, not to mention the charming coves and beaches of the Mediterranean. Sights aside, Spain is home to fine wine, superb gastronomy, and a dynamic ‘fiesta’ culture. It’s also among the world’s most progressive nations for the LGBT community.

By following this ten-day Spain travel itinerary, you’ll start in Barcelona and end in Seville, making stops in destinations such as Madrid, Toledo, Granada, Ronda and Córdoba along the way.

Spain at a Glance

Spain is one of the world’s most welcoming, culturally liberal, accepting and open-minded nations, with same-sex marriages being legal since 2005. It’s also home to one of the world’s largest Pride festivals, drawing in 1.5 million visitors in a typical year. Due to the nation’s large size, Spain is culturally rich, bursting with history, and geographically diverse. In the cool and humid north, skiing at the Pyrenees is a popular activity, while the southern regions by the Mediterranean are hotbeds for beach getaways. Consequently, the best time to visit Spain is always and as often as possible.

The Spanish capital, Madrid, is the country’s economic and geographic centre, yet its well-defined neighbourhoods boast a local and laid-back vibe, with Chueca being the hub of LGBT nightlife and Barrio de Las Letras being home to the city’s famous museums. The capital of the Catalonia region, Barcelona, attracts more international tourists than Madrid thanks to its cosmopolitan atmosphere, beaches and Gaudi masterpieces. Sitges, a gay hotspot and small beach town, is just 40 minutes away.

If you’re a history buff, you’ll want to explore the palaces, fortresses and architectural wonders of Granada, a city that’s more affordable than Madrid and Barcelona yet boasts sights like the Alhambra and the Sacramonte gypsy cave enclave. And then there’s Seville, which is considered to be the epitome of Spanish culture, home to the historic Real Alcazar, Seville Cathedral, and the Plaza de Espana, plus lots of flamenco establishments and colourful architecture. 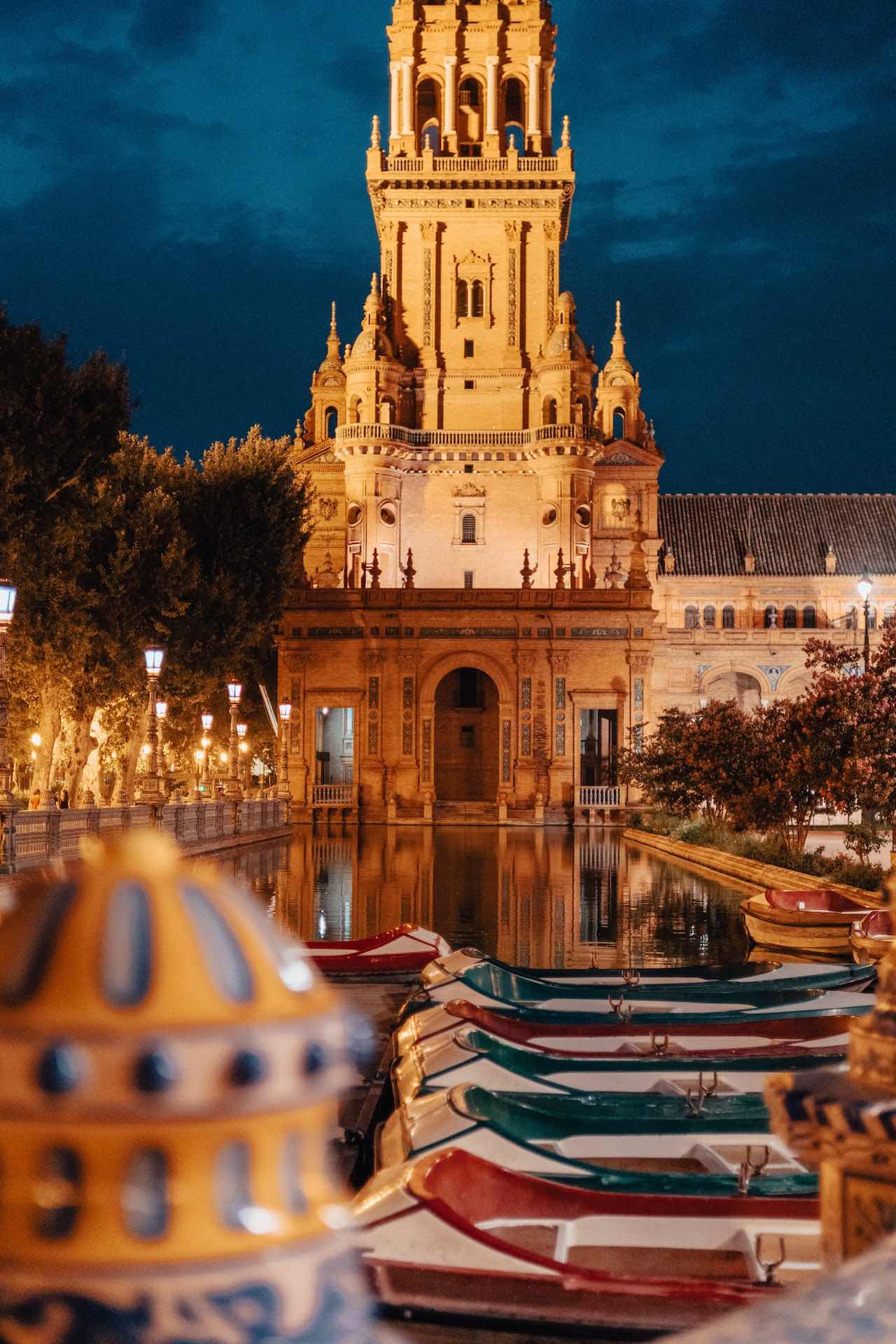 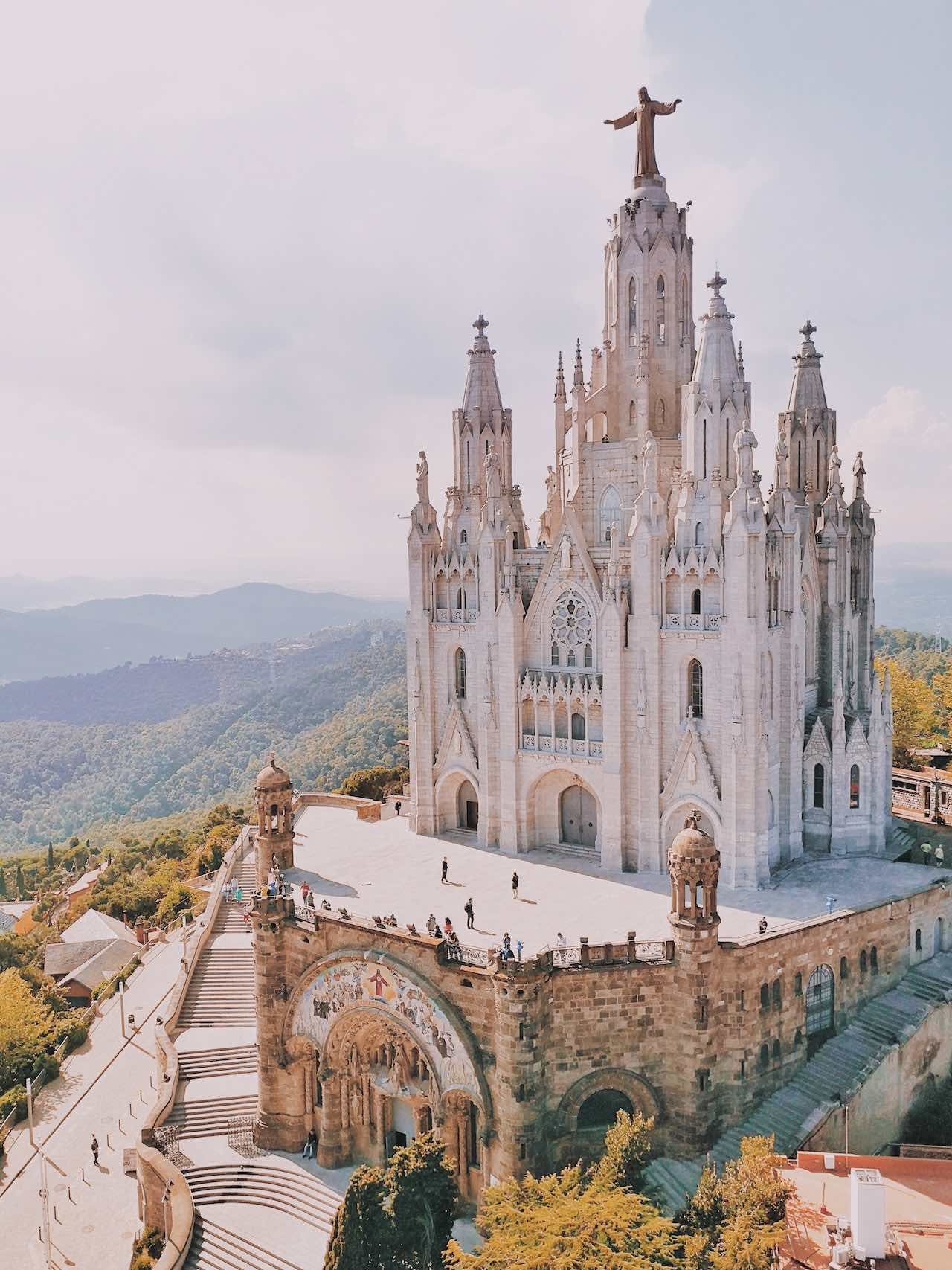 Here’s how we suggest making the most of a trip to the spectacular tourism mecca of Spain.

After checking into your hotel in Barcelona, you’ll have the rest of the first day to explore the city at your own leisure. 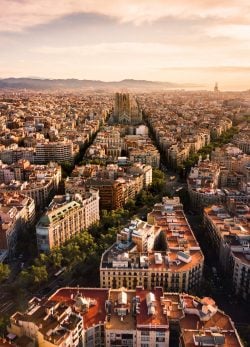 Today, you’ll see Antoni Gaudi’s architectural masterpieces, starting with Casa Mila. You’ll then admire the Sagrada Familia Basilica, which has yet to be completed despite being under construction since 1882. After exploring the municipal garden where Gaudi spent his later years, Parc Guell, you can round off your day in Barcelona by discovering the tapas bars that line the streets of the city’s historic centre. 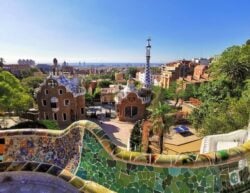 On day three, you’ll discover the quiet squares and narrow labyrinth of streets in the Gothic Quarter of Barcelona’s historic centre. Sights to see here include the 13th-century cathedral and the UNESCO-listed Palau de la Música Catalana concert hall. 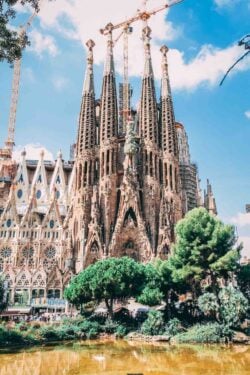 On the morning of day four, take the AVE train to Madrid, the Spanish capital. Spend the afternoon visiting landmarks like the Royal Palace and the world-famous Prado Museum, where you’ll see works by masters including El Greco, Goya and Velazquez. 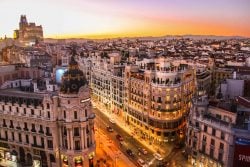 Today, embark on a full-day excursion to either Toledo or Segovia. Toledo icons include the 6th-century cathedral, the Iglesia de Santo Tomé church, the 14th-century El Transito Synagogue, and the House and Museum of El Greco. In Segovia, you can discover a Roman aqueduct, the Alcazar, and the royal palace of La Granja de San Ildefonso. You can also travel through the Sierra de Guadarrama mountain range.

After taking the train from Madrid to Córdoba – one of the oldest cities in Spain – on the morning of day six, you’ll roam through the flower-filled streets of the historic Jewish Quarter and see the UNESCO-listed Mezquita, one of the world’s best examples of ancient Moorish architecture. In the afternoon, travel through beautiful countryside vistas to your hotel in Granada.

On day seven, you’ll gain an insight into the Muslim occupation of Andalusia at the Alhambra palace and fortress complex and the nearby Generalife Palace. In the city centre, you’ll visit the city’s cathedral and the Royal Chapel, which is the resting place of the Catholic Monarchs that funded Christopher Columbus. If you have time, we also suggest visiting the UNESCO-listed district of Albaicín and the cave houses of Sacromonte. 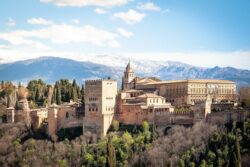 While travelling to Seville on day eight, stop to explore the mountaintop city of Ronda above a deep gorge. Make sure to visit the Plaza de Toros (bullring) before departing. When you arrive in Seville, check in to your hotel. Then, spend the evening at Tablao El Arenal to watch a flamenco performance in a 17th-century Andalusian building. 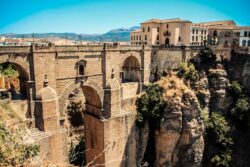 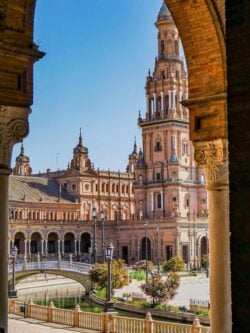 On day ten, you can catch a flight home or to your next destination from Seville Airport. 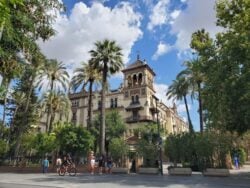 Get in touch if you would like us to arrange your Spain trip. Did you have a different Spain itinerary in mind? No problem. We tailor every trip to your individual travel style and passions so just let us know what you’re looking for. 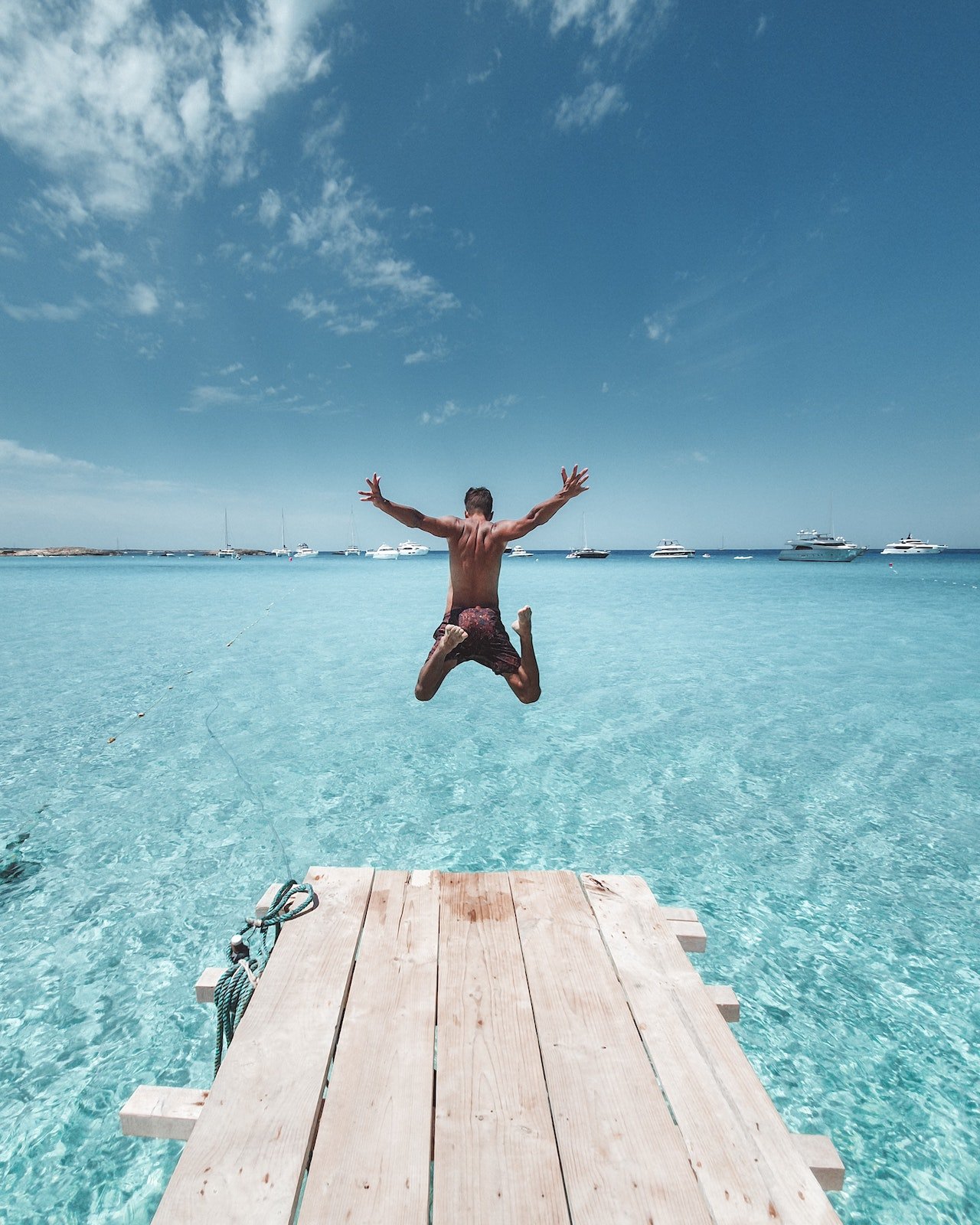 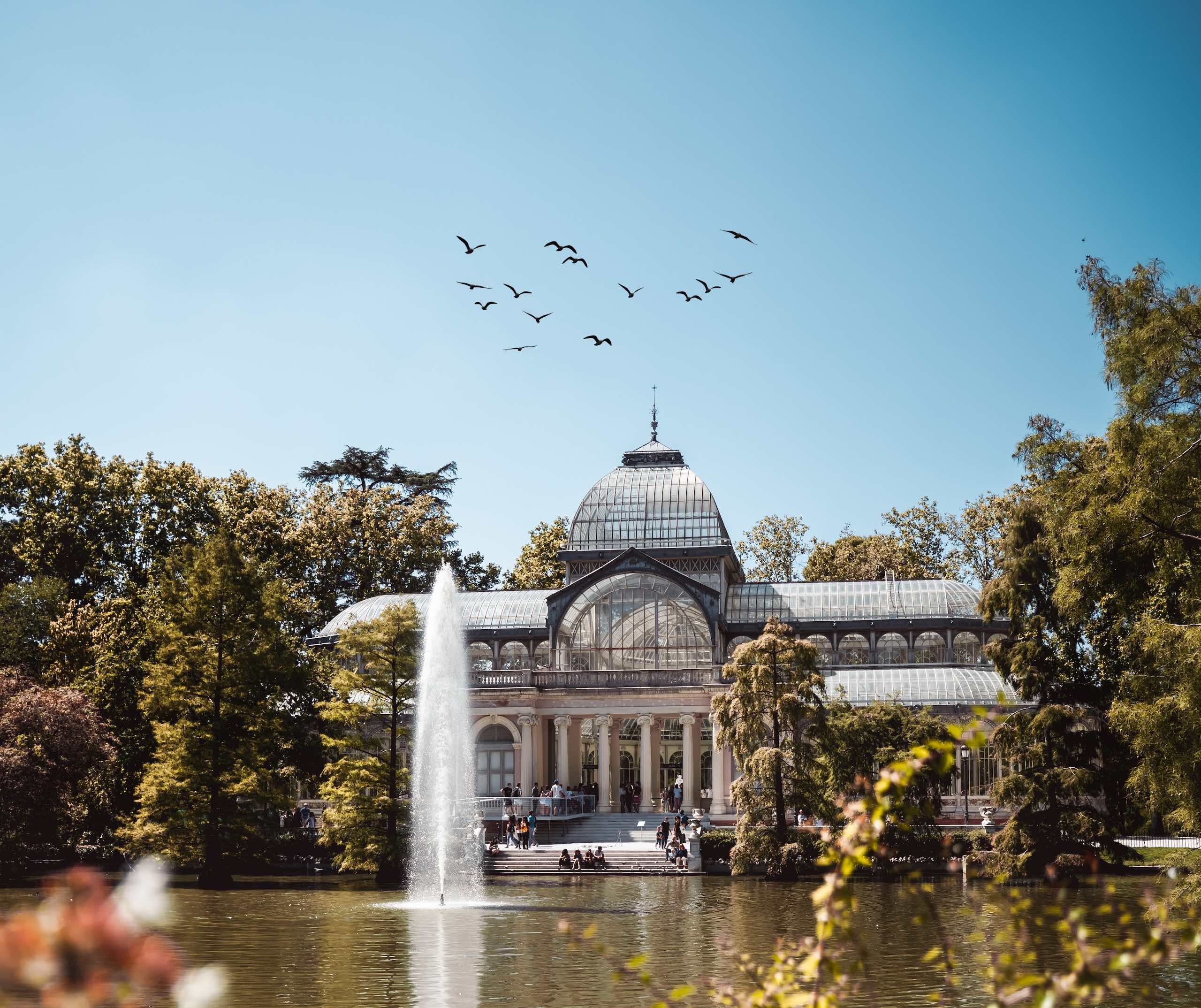 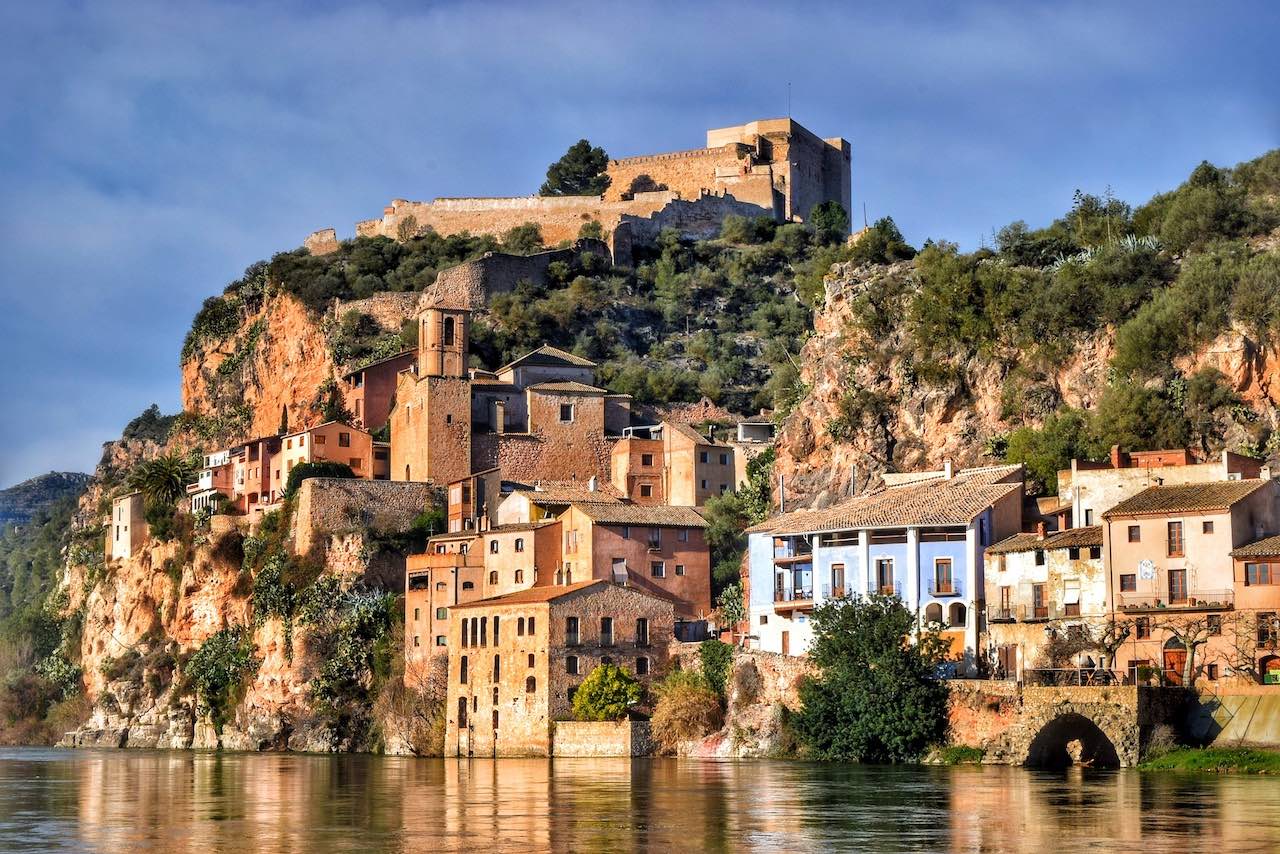