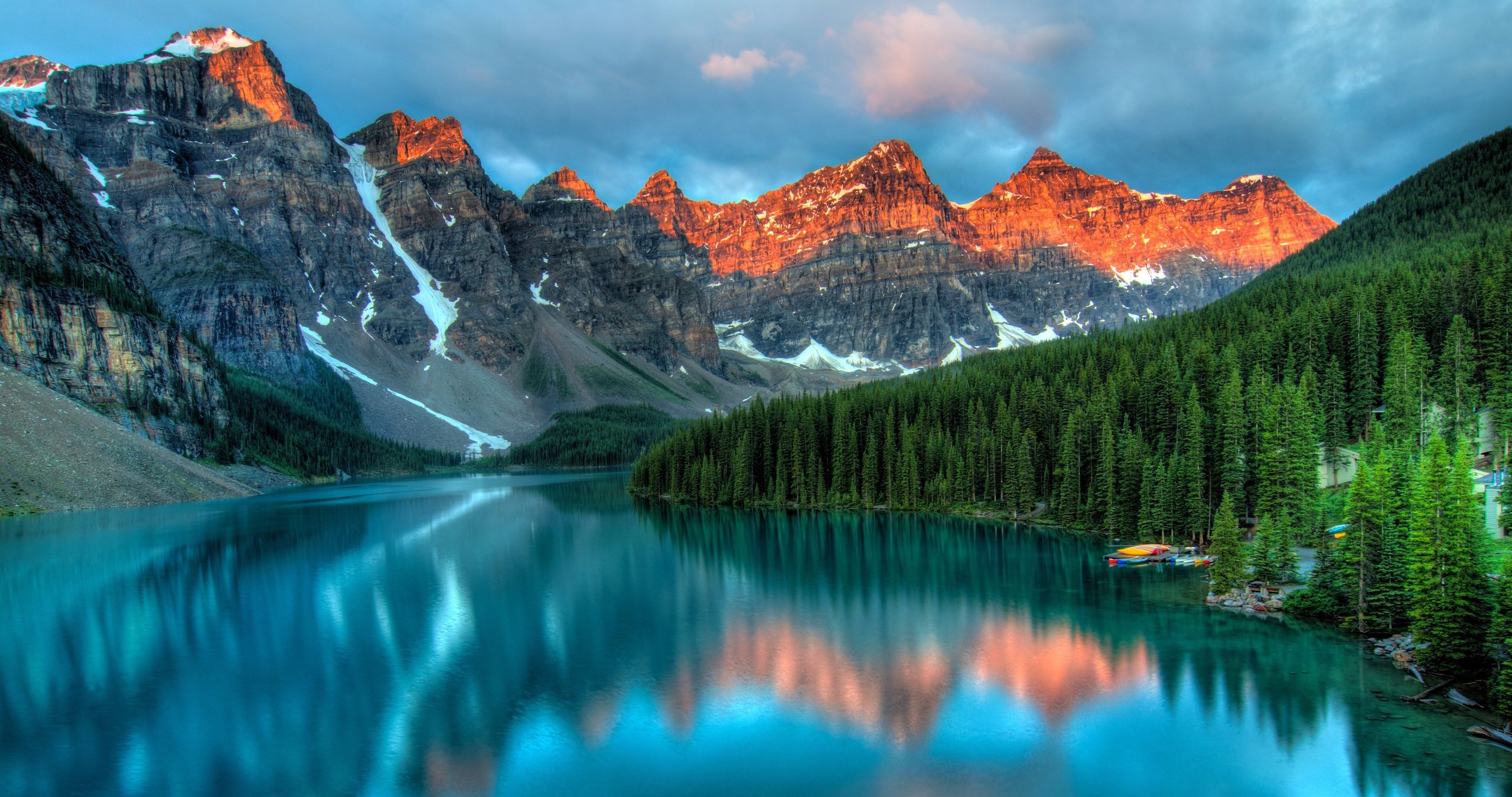 The Canadian Rockies may be famous for their snow-capped peaks, but glacier-fed lakes, jagged canyons and alpine meadows also decorate this incredible landscape. Extending 1,500 km from the US border to Canada’s far north, the Rockies are home to wildlife ranging from rare birds to bears, picturesque ski resorts, and national parks such as Jasper, Banff and Kootenay connected by the scenic Icefields Parkway. Canada’s gateway city to the Rockies is Calgary, the perfect place for rest and recuperation before an adventure of hiking and biking the 3,000 km of trails that the Rockies have waiting. When you’re not using your feet to get around, you can let your arms do the work while white-water rafting over the rapids of the Kicking Horse, the Fraser River or the Athabasca River.

While hitting all the national Parks in the Canadian Rockies would take weeks (at least), you can see many of the region’s most breath-taking and diverse natural wonders in nine days. By following this itinerary, you’ll explore destinations including Calgary, Lake Louise, and the national Parks of Banff and Jasper along the Icefields Parkway. During the adventure, you’ll have the chance to kayak, ski, fish, rock climb, and cycle – and maybe even spot a grizzly or two.

Canada at a Glance

Canada’s culture is as diverse as the nation is vast – it’s area of nearly ten million square kilometres makes it just a tad smaller than Europe. And yet wherever you go, Canada’s world-famous friendliness is abundant, and this hospitality extends to the LGBTQ+ community. The nation’s welcoming attitude is reflected in the law. Same-sex marriage was made legal in 2005, ten years before its neighbour to the south. Gay communities thrive in just about all major cities and towns, while northern and rural regions may hold slightly more conservative attitudes. Pride festivals take place throughout Canada every year, with one of the most unique ones being hosted in the small alpine town of Jasper – what’s better than celebrating diversity while carving a mountain slope?

Politically, Canada is split into ten provinces and three territories, though it can be divided into five general regions: the Atlantic, Central Canada, the Prairies, the West Coast and the North. The best time to visit Canada largely depends on what you intend to do while you’re here. The main draw of winter (December to February) is winter sports, while festivals and the dynamic atmosphere make summer the busiest season for tourists. The shoulder seasons are usually more affordable than summer. Visit in spring (March to May) to see the flowers blossom or autumn (September to November) to see the leaves change into vibrant colours.

All EU nationals are considered visa-exempt for stays up to six months but all must complete an Electronic Travel Authorisation (eTA). US citizens do not need a visa or an eTA to enter Canada. 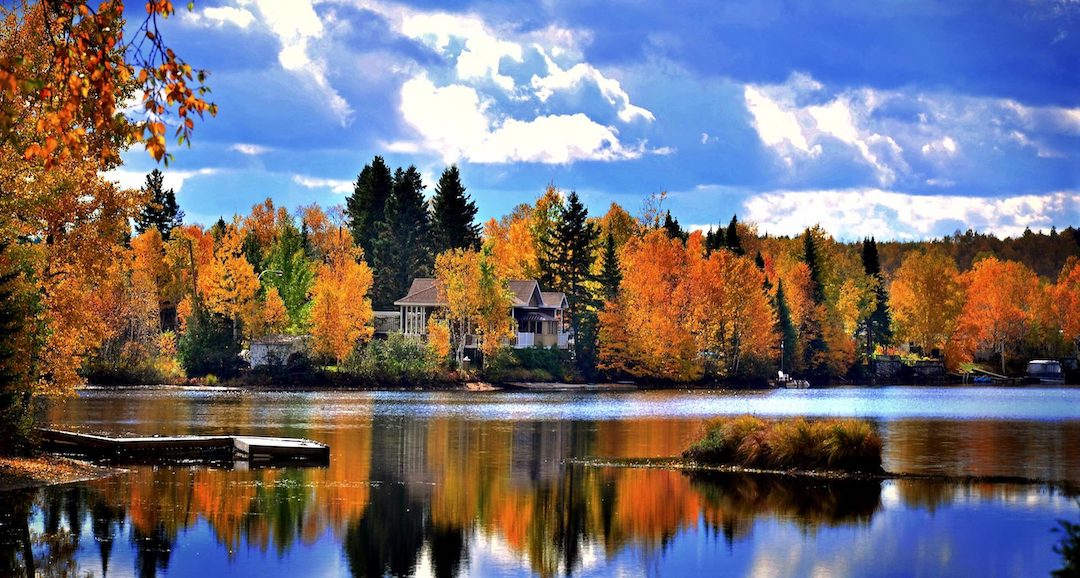 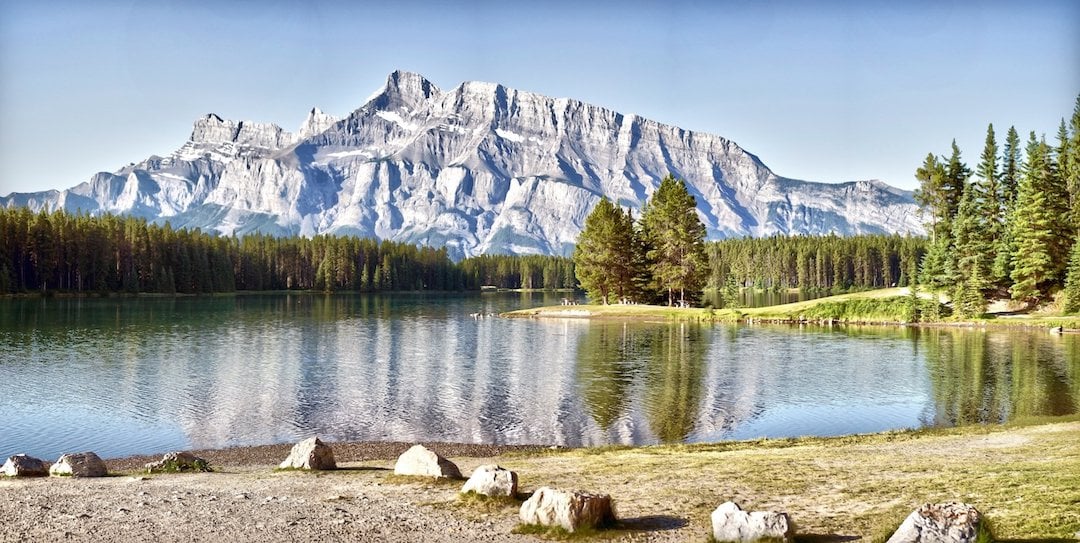 This nine-day itinerary takes you from Calgary to Banff and includes adventures along the Icefields Parkway to national parks filled with mountain peaks, glacial features, waterfalls, lakes, and wildlife-watching spots.

Try to arrive in Calgary early on the first day so that you can explore Lake Louise after checking into your hotel. At the lake, you can admire sights like the Victoria Glacier backdropped by soaring mountains. You can either follow the path around the lake or hike into the mountains to find two teahouses. Alternatively, hire a canoe and paddle to the end of the lake – keep your eyes peeled for grizzlies roaming along the shore. 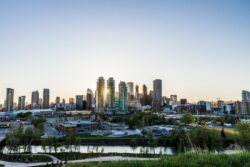 Travel to Moraine Lake in the Valley of the Ten Peaks early in the morning on day two. After discovering the area’s peaks, moraines and waterfalls, head to the Yoho National Park, where you’ll hike mountain trails to sites like Emerald Lake and the Takkakaw Falls. You might even catch a glimpse of elk, bears and moose. 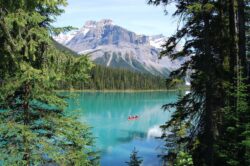 While driving along the 143-mile-long Icefields Parkway through the heart of the Canadian Rockies, stop to see the ice spikes, waterfalls, ridges and the Athabasca Glacier in the Columbia Icefields. When you reach Jasper, check into your hotel and get to know the town.

On day four, embark on a guided tour in search of elk, black bears, moose and bald eagles in the Canadian Rockies’ largest national park, the Jasper National Park. While you’re here, take in the view of the Maligne Canyon from the bridges that cross it, and enjoy a walk along the shore of Maligne Lake. 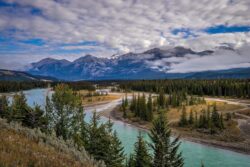 Today, embark on a moderate hike to the summit of one of Jasper’s towering peaks. On guided tours, you can learn about the area’s rich history and diverse geology. 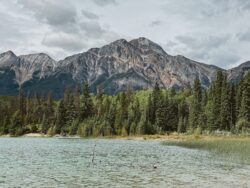 Head south along the Icefields Parkway to Banff, stopping at places such as the Athabasca Falls on the way. When you reach the bustling resort town of Banff, you can check into your hotel and explore art galleries, jewel-coloured lakes, restaurants and bars. You can also ride the Banff Gondola for views of the Bow River backdropped by mountains.

To view as much of the Banff National Park as possible, join a guided helicopter tour from Canmore Heliport. You'll fly through the amazing Cougar Canyon before touching down in the mountains amid alpine meadows. From here, you can either hike along an alpine ridge or enjoy a gentle stroll through the trees. 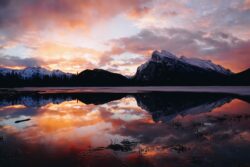 Take the entirety of day eight to explore the highlights of the town of Banff, which is home to scenic viewpoints and landmarks like the White Museum. You can also learn about the history of the town and the Canadian Pacific Railroad.

On day nine, you’ll return to Calgary, where you can catch a flight from the international airport. 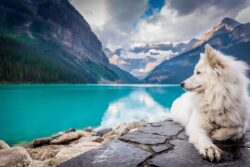 Get in touch if you would like us to arrange your Canada trip. Did you have a different Canada itinerary in mind? No problem. We tailor every trip to your individual travel style and passions so just let us know what you’re looking for. 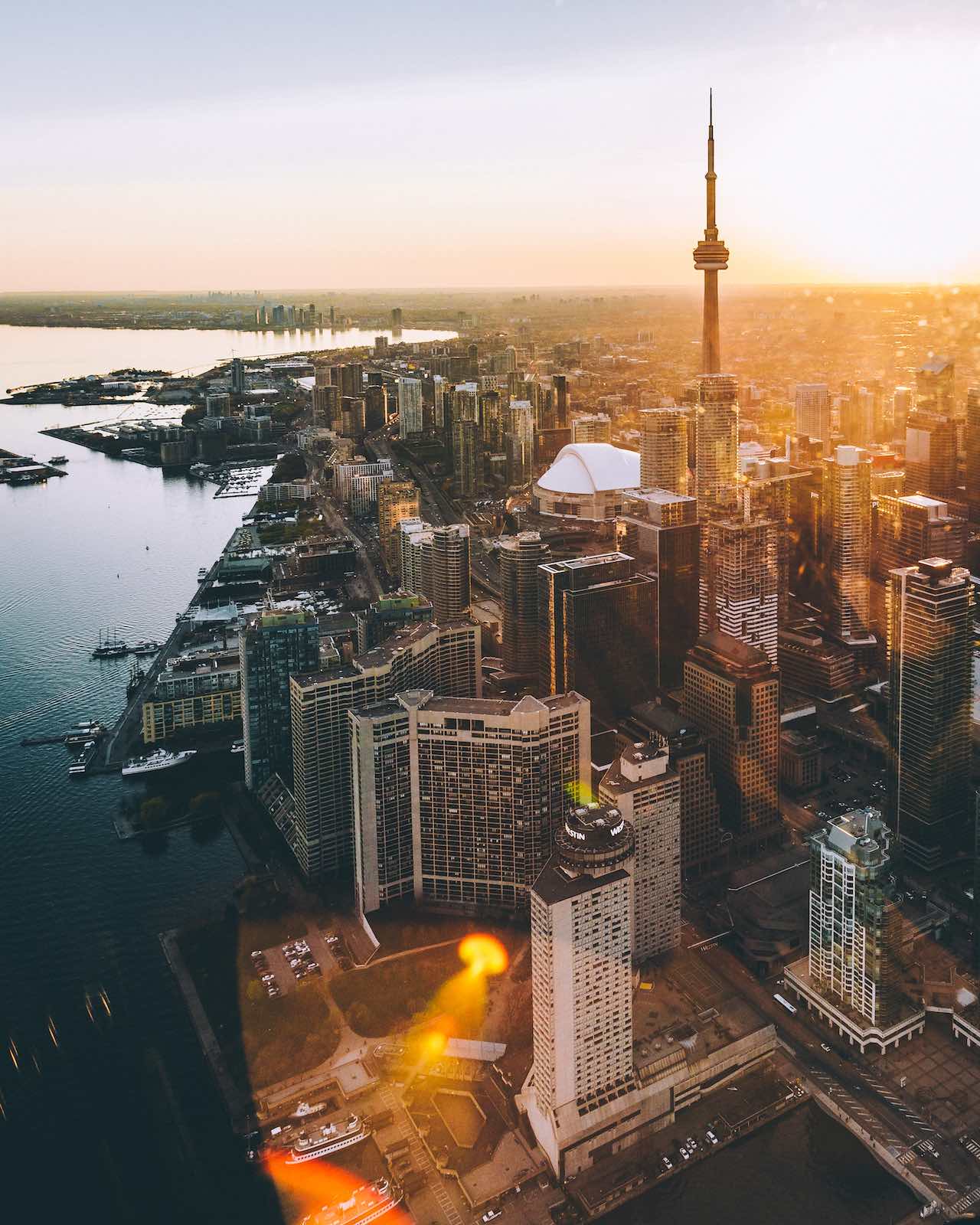 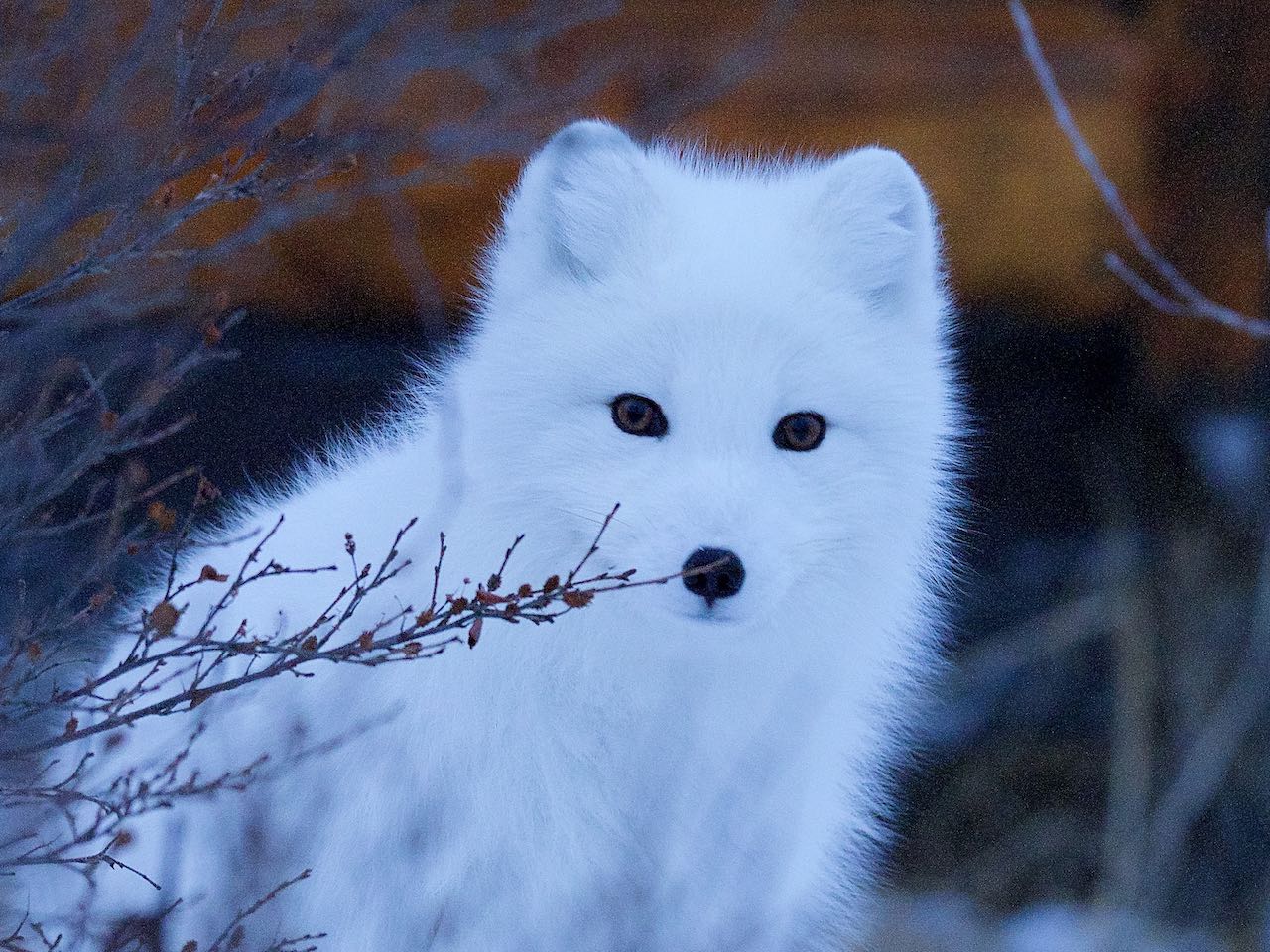