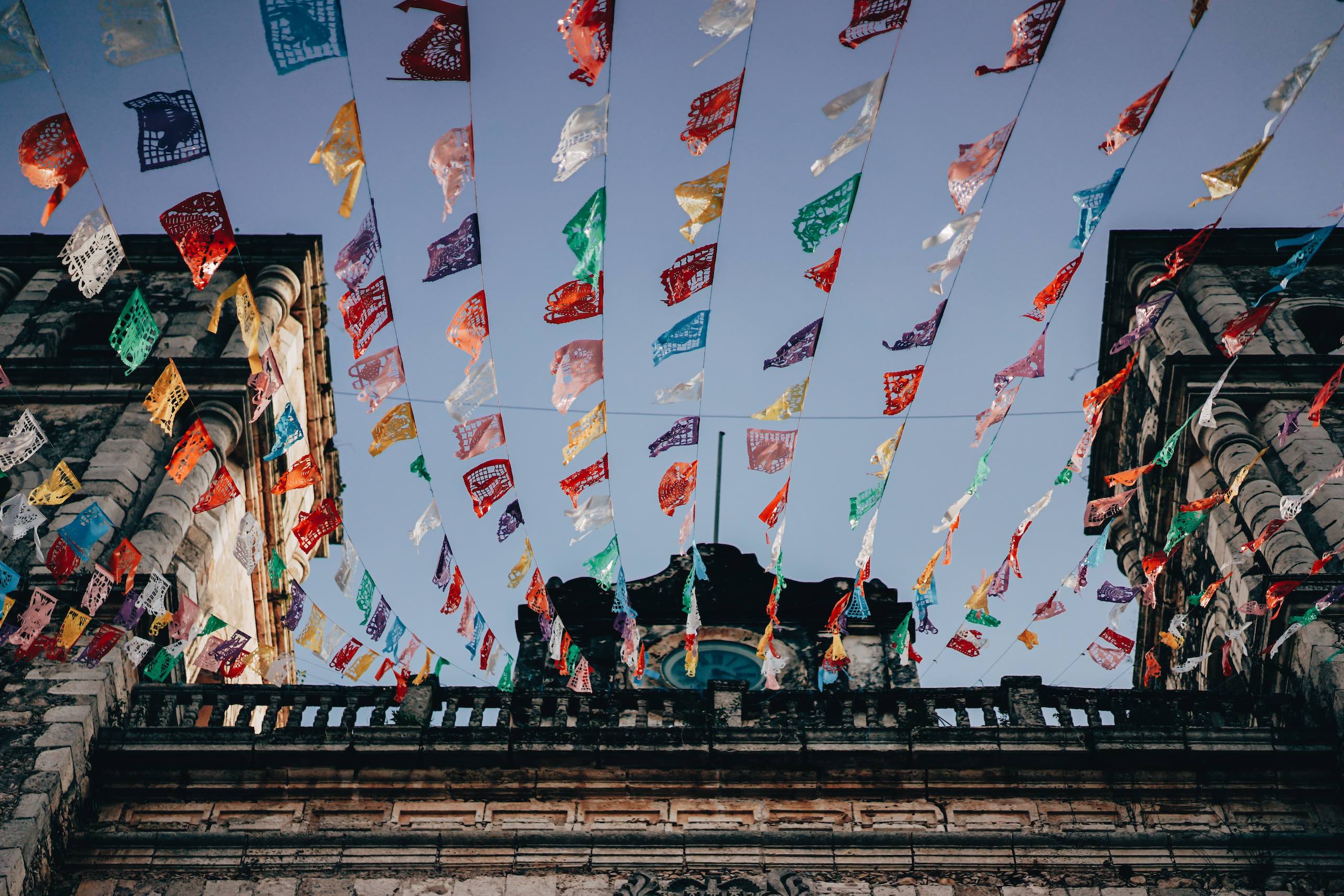 Tailor-Made Mexico: The Essence of Mesoamerica

Home to palm-fringed beaches, fiesta fireworks, frantically vibrant cities, and delectable chili-spiced cuisine, Mexico is synonymous with summer getaways, thumping parties and amazing comfort food. Mexico City’s cultural draws range from underground clubs and street art to world-class galleries and museums, not to mention the UNESCO-listed neighbourhood of Xochimilco, whose canals pay homage to the days of the Aztec Empire. Another Aztec relic is the city of Teotihuacán, home to many of the most significant pyramids on the continent, best seen during a hot air balloon ride at sunset. On top of pre-Columbian gems, Mexico boasts historic colonial-era cities like Oaxaca and Puebla. Wherever you go, the outdoors beckons you, with historical, cultural and natural wonders waiting to be found around every corner.

With nine days in Mexico, you can get to know the nation’s capital, bygone civilisations, superb gastronomy and amazing locals. While it would take a lifetime just to scratch the surface of this diverse and vibrant nation, you can explore Mexico City, Teotihuacán, Puebla, Oaxaca, and much more by following our suggested itinerary.

Mexico at a Glance

In most of Mexico’s major cities, attitudes towards the LGBTQ+ community are friendly and welcoming. Same-sex relationships are legal, as are same-sex adoption and marriage equality in many states. LGBTQ+ people can live openly without fear of discrimination in many neighbourhoods of cities such as Puebla, Puerto Vallarta and Mexico City. Pride events take place throughout the country, with around 350,000 attending the festivities in the capital every year. Mexico City’s gay district is Zona Rosa, where you’ll find over 50 LGBTQ+ bars and clubs. Outside of the capital, Oaxaca is one of the most gay-friendly places in Mexico, home to a large LGBTQ+ community and same-sex wedding ceremonies, plus attractions ranging from pre-Columbian ruins to the Sierra Madre mountain range. You can also feel safe, welcome and comfortable in Puebla, which established the National Day Against Homophobia in 2017. It’s worth remembering that many small towns and rural places in Mexico hold conservative Catholic attitudes. Displays of affection might be best kept private.

With its globally lauded beaches, art, gastronomy, nature and ancient cities, Mexico is an amazing place to visit at just about any time of the year, though winter can see many seasonal closures, particularly in the more remote areas. The high season runs from December to April, when the humidity is low and temperatures are an inviting 25 degrees Celsius, though high demand for attractions, tours and hotels is often reflected in the prices. Visiting during the low tourism season in summer (May to August) will be easier on your wallet, but you’ll have to put up with high temperatures and humidity. Summer is, however, the best season for scuba diving. 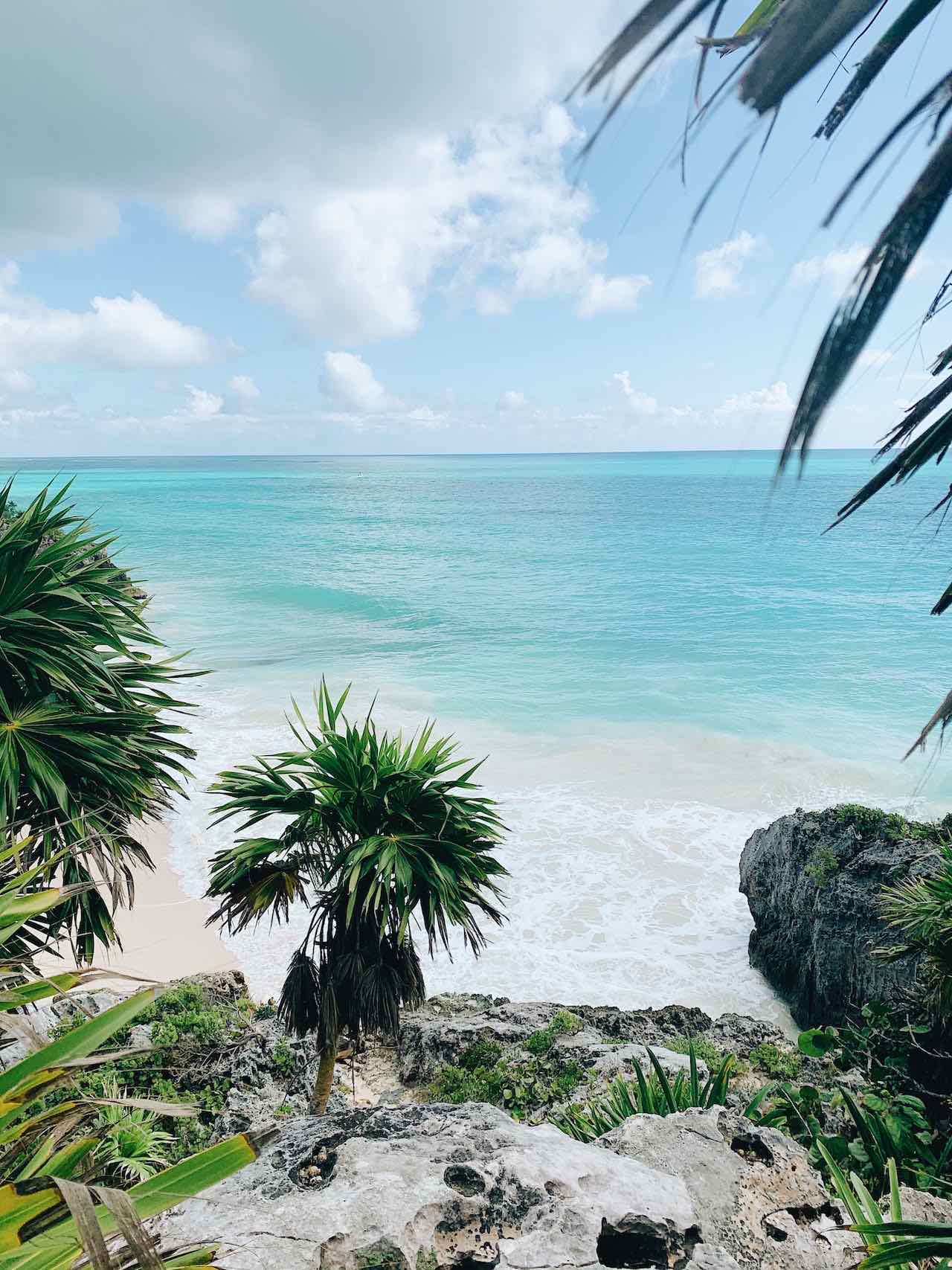 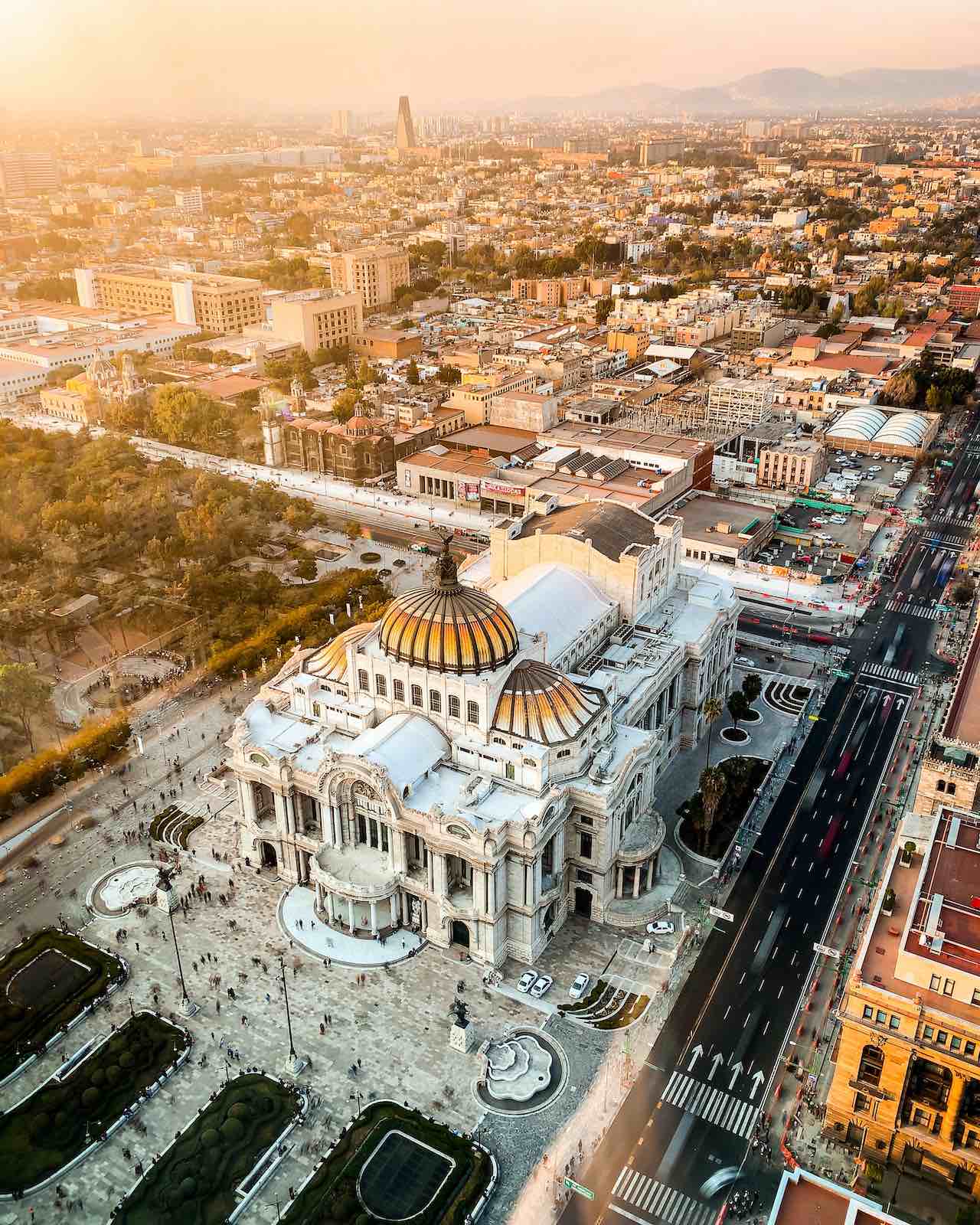 This itinerary will take you from Mexico City to Oaxaca, stopping at destinations including Puebla, Cholula, Monte Alban and San Martin Tilcajete along the way.

After arriving in Mexico, take the rest of your first day to relax at your hotel and explore the local area. 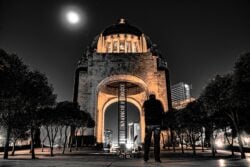 Wake up early on day two to ride a hot air balloon through the Valley of Teotihuacán in time to watch the sunrise above the Pyramid of the Sun. After flying over this pre-Columbian city, treat yourself to breakfast before exploring Teotihuacán on foot. Embark on a guided tour to learn about the city’s notable ruins and lives of its pre-Aztec inhabitants. After lunch, return to Mexico City and embark on a sightseeing tour. 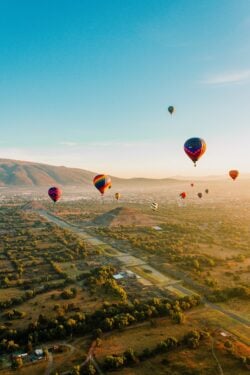 On day three, sail on a trajinera boat along the canals of the UNESCO-listed district of Xochimilco. When you reach the La Chinampa Del Sol, you’ll see floating gardens built using millennia-old Mesoamerican techniques. After lunch, discover more of Xochimilco’s sights before heading to Frida Kahlo’s Blue House to learn about the life and work of the late artist. 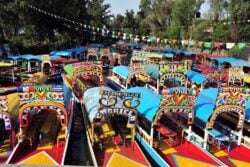 On the morning of day four, you’ll drive through the Paso de Cortes mountain Pass to Cholula to see the immense Great Pyramid of Cholula, stopping for a regional lunch on the way. After exploring the world’s largest pyramid, head to your hotel in Puebla. In the evening, attend a live cooking session with a private chef in a casona (traditional old house).

On day five, you can visit an authentic Talavera poblana manufacturer to learn about this distinctive style of Mexican earthenware and pottery, which was introduced to the ‘New World’ by Spanish artisans in the 16th century. Then, discover the UNESCO-listed historic centre of Puebla. Highlights include the Mexican Baroque-style Capilla del Rosario, the 17th-century Biblioteca Palafoxiana library, and the beautiful City Hall. After lunch, browse one of Latin America’s finest collections of Mexican art at the Museo Amparo. 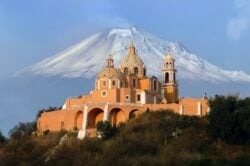 You’ll travel to Oaxaca on day six to experience some of the city’s wine and cuisine after dark. When you arrive, order a glass of mezcales from a local mezcaleria ‘hole in the wall’ to savour the flavour of regional agave grapes. Then, treat yourself to a delicacy such as grilled Oaxacan tlayuda at a local restaurant. 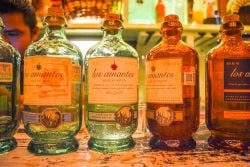 Start the day by heading to the mountaintop city of Monte Alban, where you’ll gain historical insights into the Zapotecs and Mixtecs. While you’re here, explore the Yagul archaeological zone, which grew to prominence after Monte Alban’s decline. Then, follow in the footsteps of Spanish missionaries along the historic El Camino Real route to Tlacochahuaya, where you can admire historical landmarks such as the 16th-century Church of San Jeronimo. 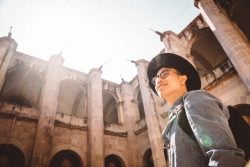 On day eight, you’ll visit the town of San Martín Tilcajete, which is famous for its community of Alebrije folk art wood carvers and inspiring the Pixar film, Coco. We recommend attending a workshop and ordering a lunch made with native ingredients from a roadside eatery. 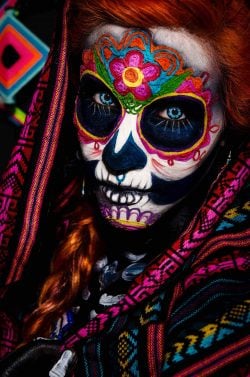 On the final day, you can catch a flight home from the Oaxaca International Airport. 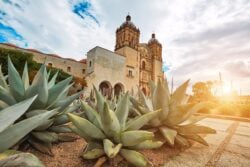 Get in touch if you would like us to arrange your Mexico trip. Did you have a different Mexico itinerary in mind? No problem. We tailor every trip to your individual travel style and passions so just let us know what you’re looking for. 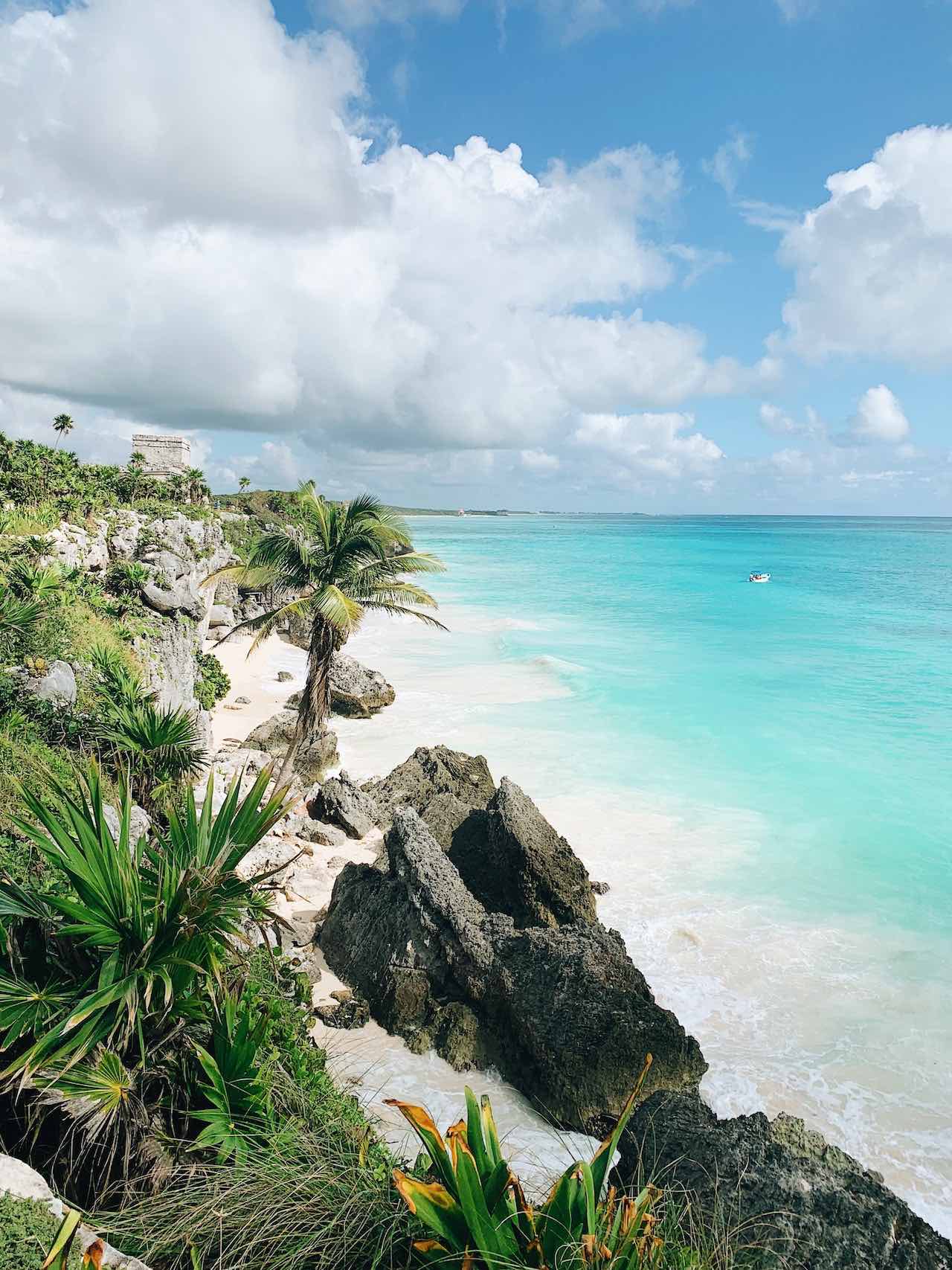 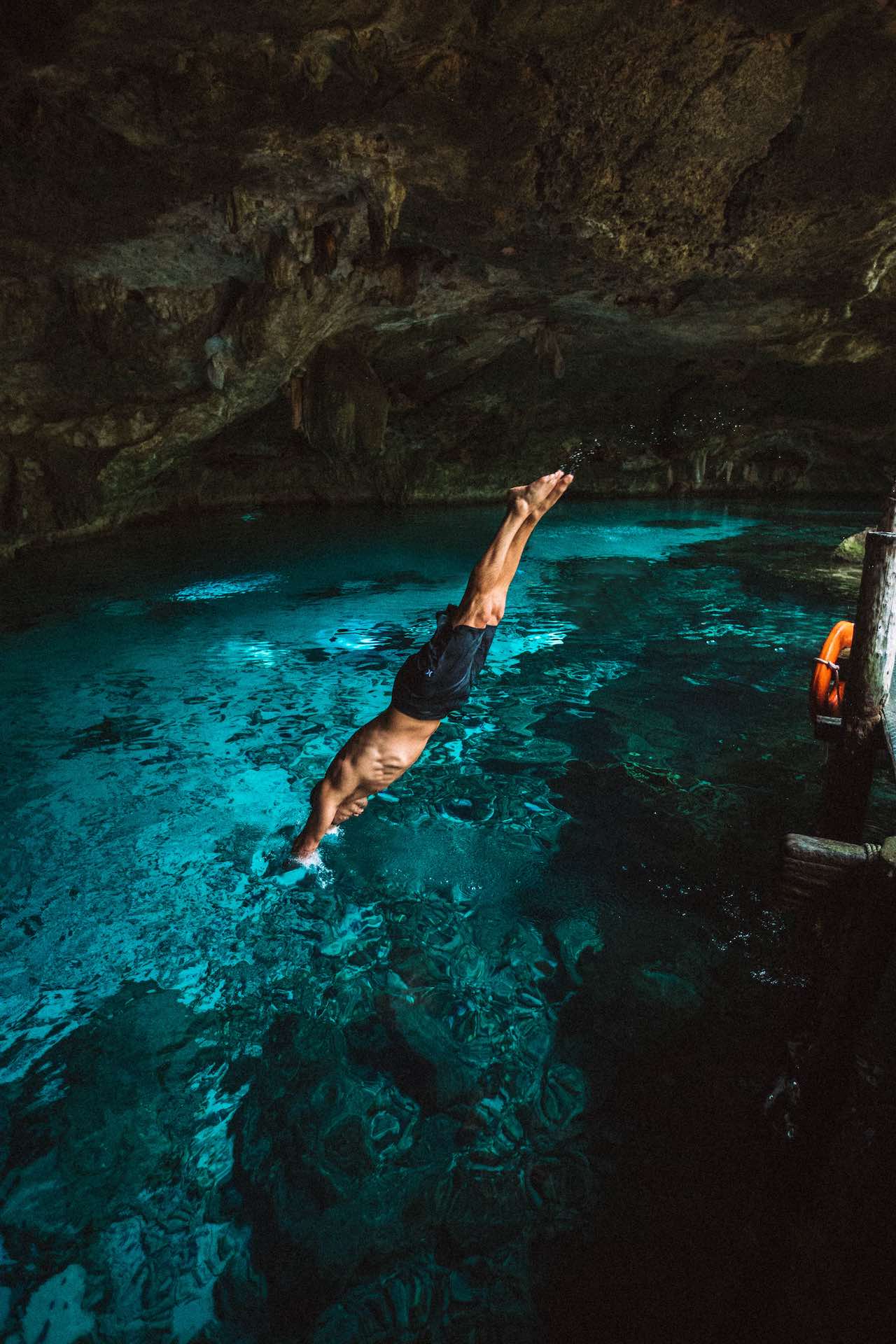 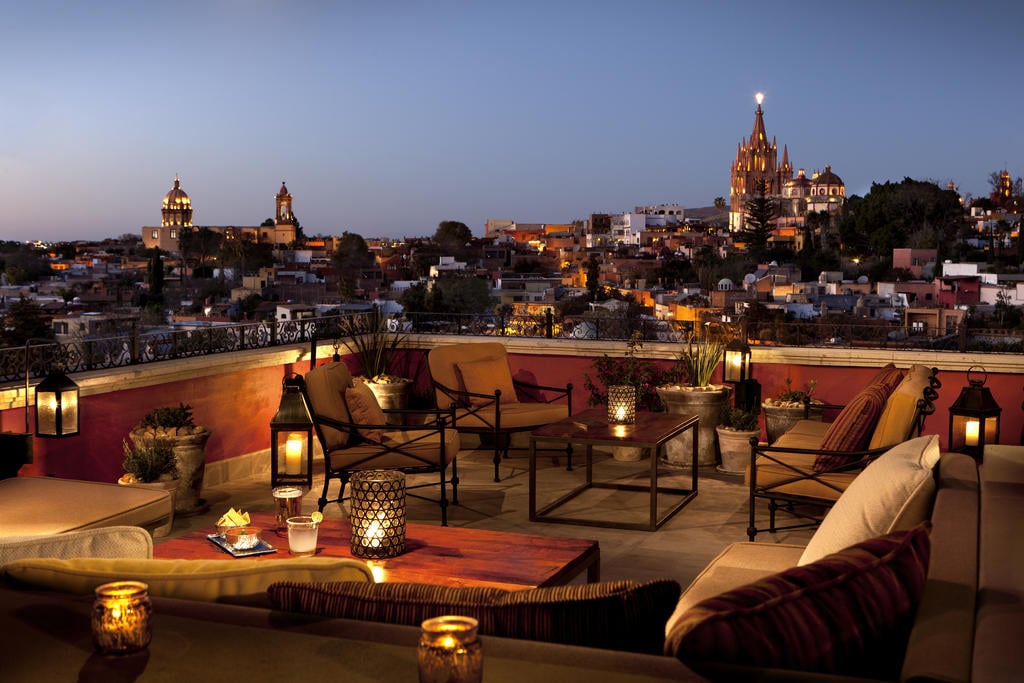