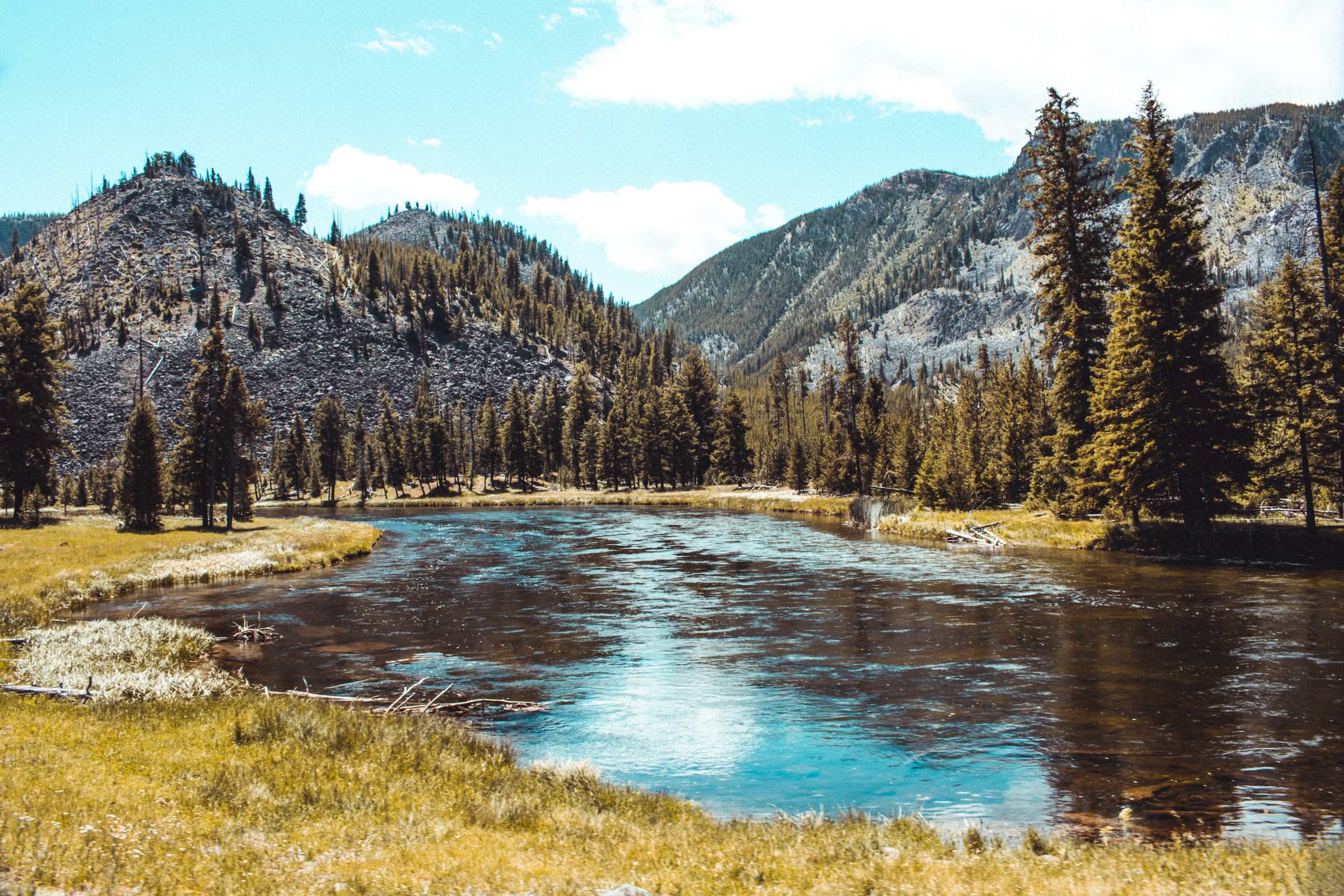 Set out on an outdoor adventure to the most epic national parks in the continental United States. Grand Teton and Yellowstone national parks have long been known as the most epic outdoor destinations in rural America, where awe-inspiring nature and untamed wildlife meet the cultural heritage steeped in Wild West lore. Get to know the American frontier and its wondrous geography with the help of expert guides ready to take you on an adventure of a lifetime.

Wyoming at a Glance

Wyoming is the least populous state in the United States with some of the most beautiful landscapes in the whole country. Home to the famous Yellowstone and Grand Teton national parks, it’s a real bucket list destination for any nature lover. Yellowstone is known for its abundant wildlife and geothermal activity, while the Grand Teton National Park, located south of Yellowstone, has a very different landscape with snow-capped peaks and alpine terrain. The best time to visit is between June and October – not only will the weather be the nicest, but it’s also the likeliest that the majority of the park roads will be open. That said, this is also the busiest time of the year when both parks attract massive crowds. If you want to avoid that, consider visiting in May/June and September/October. Being a rural republican state, Wyoming is not known as a particularly gay-friendly destination, but that’s not an issue when you visit the most famous sites and cities. It can get more problematic in small rural towns, where public displays of affection should be avoided, but other than that, travel in Wyoming is considered safe.

Most visitors from Europe do not need a visa. ESTA permits citizens of 40 countries to enter the US without a visa. 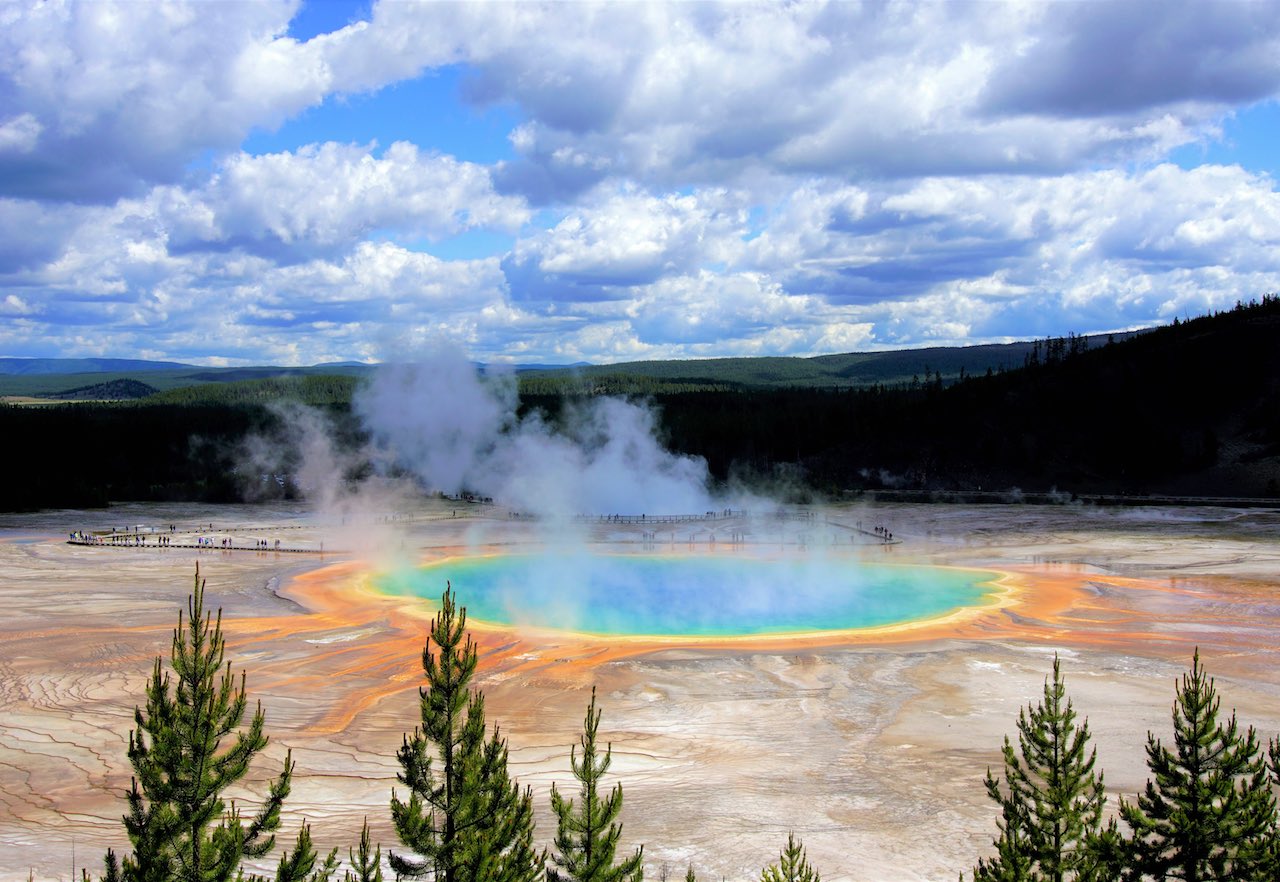 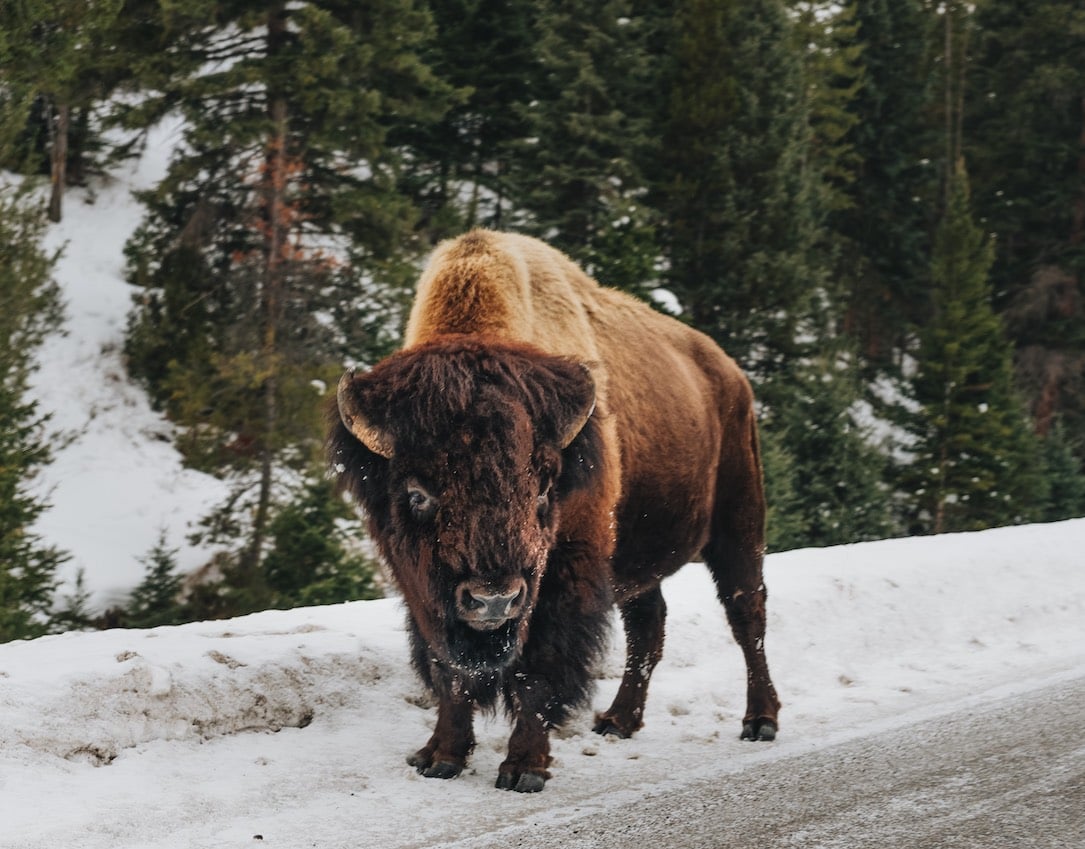 Arrive in Jackson and transfer to your hotel in Jackson Hole, which has long been known as one of the main outdoor adventure destinations in the US. 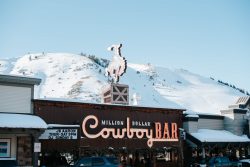 Wake up early to go on a private guided wildlife adventure in the Grand Teton National Park. Your naturalist guide will provide you with binoculars so you can admire some of the native wildlife, like bison, elk, and moose from a safe distance. After a day spent outdoors, enjoy a slower pace while admiring art back in Jackson. You’ll visit the National Museum of Wildlife Art, where an art expert will give you a private viewing of the galleries while telling you more about the art and its creators. 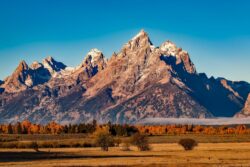 Spend the first half of the day at leisure, either enjoying some of the amenities at your hotel or asking your driver-guide to take you sightseeing in Jackson. In the afternoon, board a traditional wooden dory to float down the Snake River on a private trip which will take you through beautiful surroundings culminating at a tipi camp. Here you will feast on a hearty meal by the fire pit with unmatched views of the Tetons. 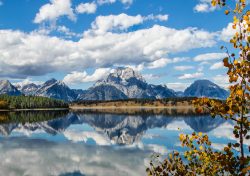 Are you ready for yet another adventure? Today takes you to Yellowstone National Park, often lauded as the most famous and epic national park in the United States. The unique landscape and topography comprise beautiful lakes, vast canyons, gushing rivers, tall mountains, and lively geothermal activity like natural hot springs and geysers. The wildlife roaming these vast outdoor spaces is no less impressive – wolves, grizzlies, elk, moose, and bison are only some of the animals native to this part of Wyoming. Your private guide will create a bespoke adventure tailored to your interests and preferences, and you can rest assured that the experience will be unlike any other. This includes an al fresco picnic in the most beautiful setting. 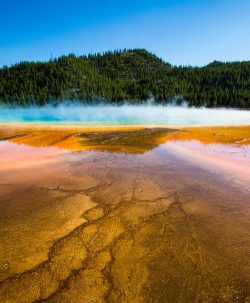 Jackson Hole | Choose Your Own Path

Put on your hiking shoes and set off on a wonderful hike through the Jackson Hole valley. A private guide will take you through the best paths and trails chosen to be a perfect fit for your interests and abilities. Continue getting to know the incredible flora and fauna in the Greater Yellowstone area before a relaxing afternoon back in Jackson. 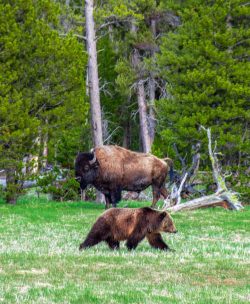 Leave for Jackson airport for your flight home. 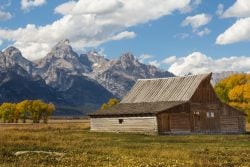 Add some exciting add-ons to your journey! Learn the tips and tricks of fly fishing or book a private stargazing experience, where expert astronomers will not only provide you with telescopes, but will also point out the most impressive starts, planets, and other objects in the dazzling night sky all while enjoying a cup of hot chocolate or apple cider. 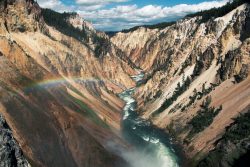 Get in touch if you would like us to arrange your US trip. Did you have a different US itinerary in mind? No problem. We tailor every trip to your individual travel style and passions so just let us know what you’re looking for. 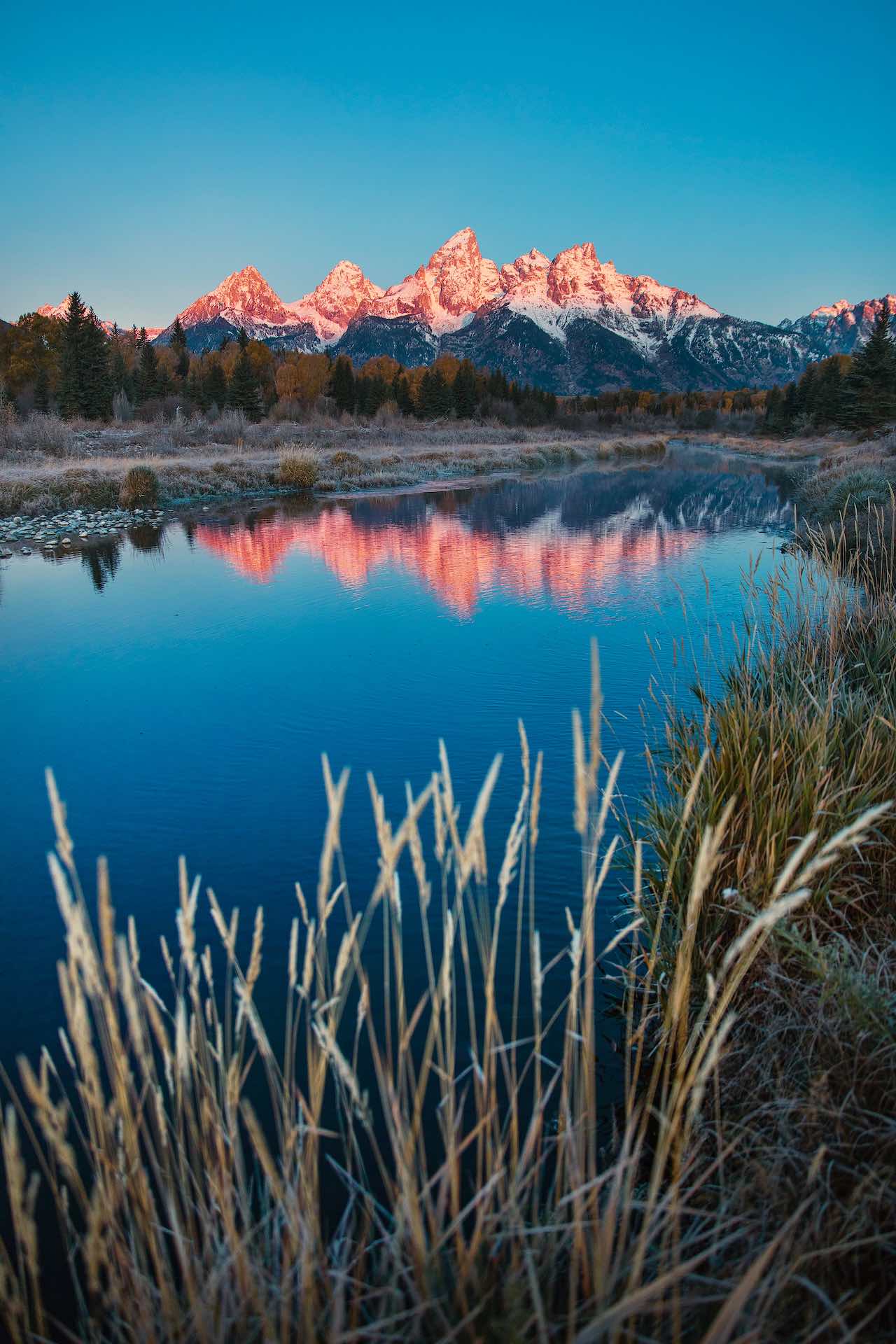 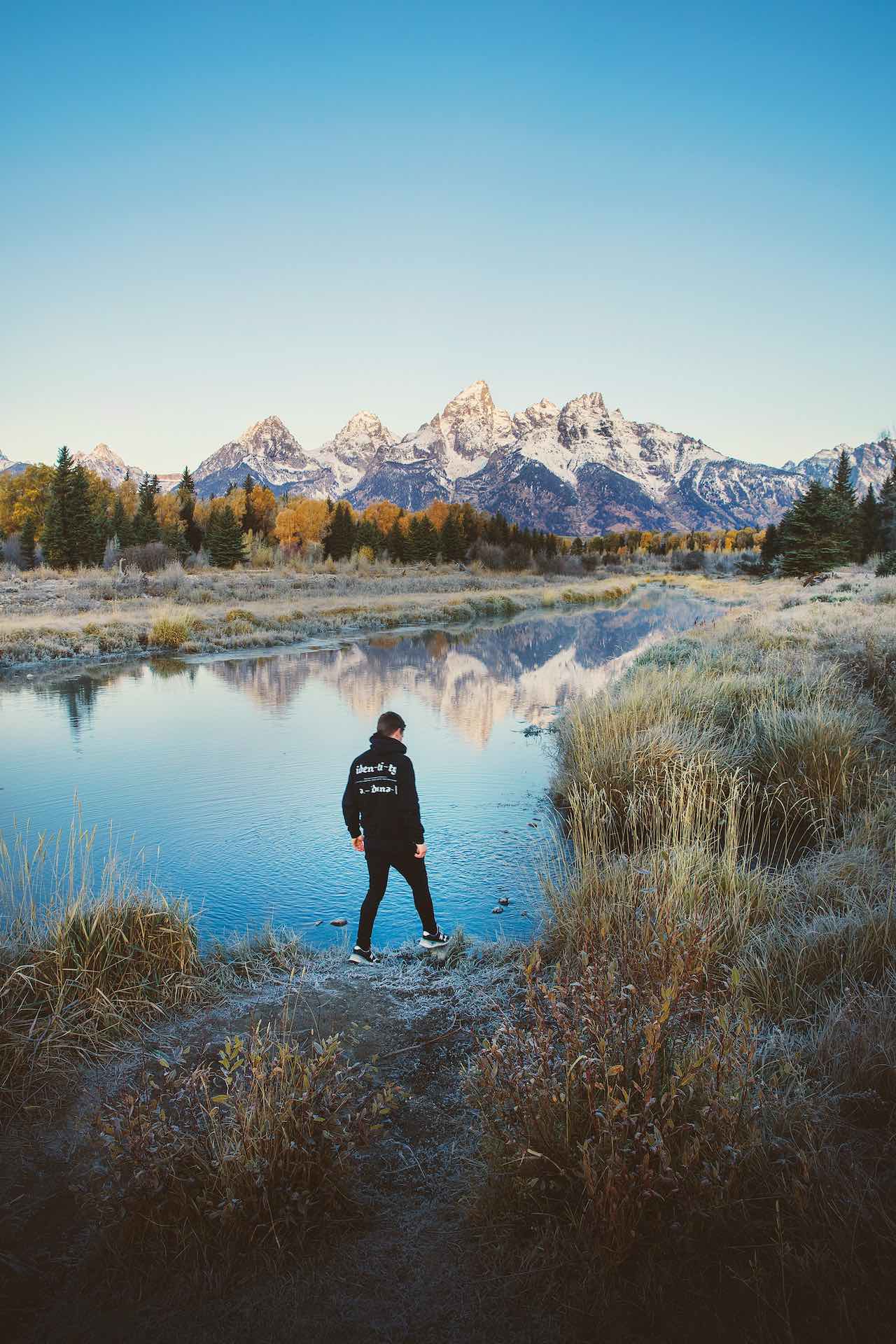 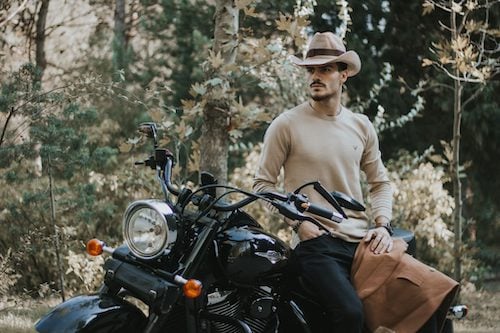