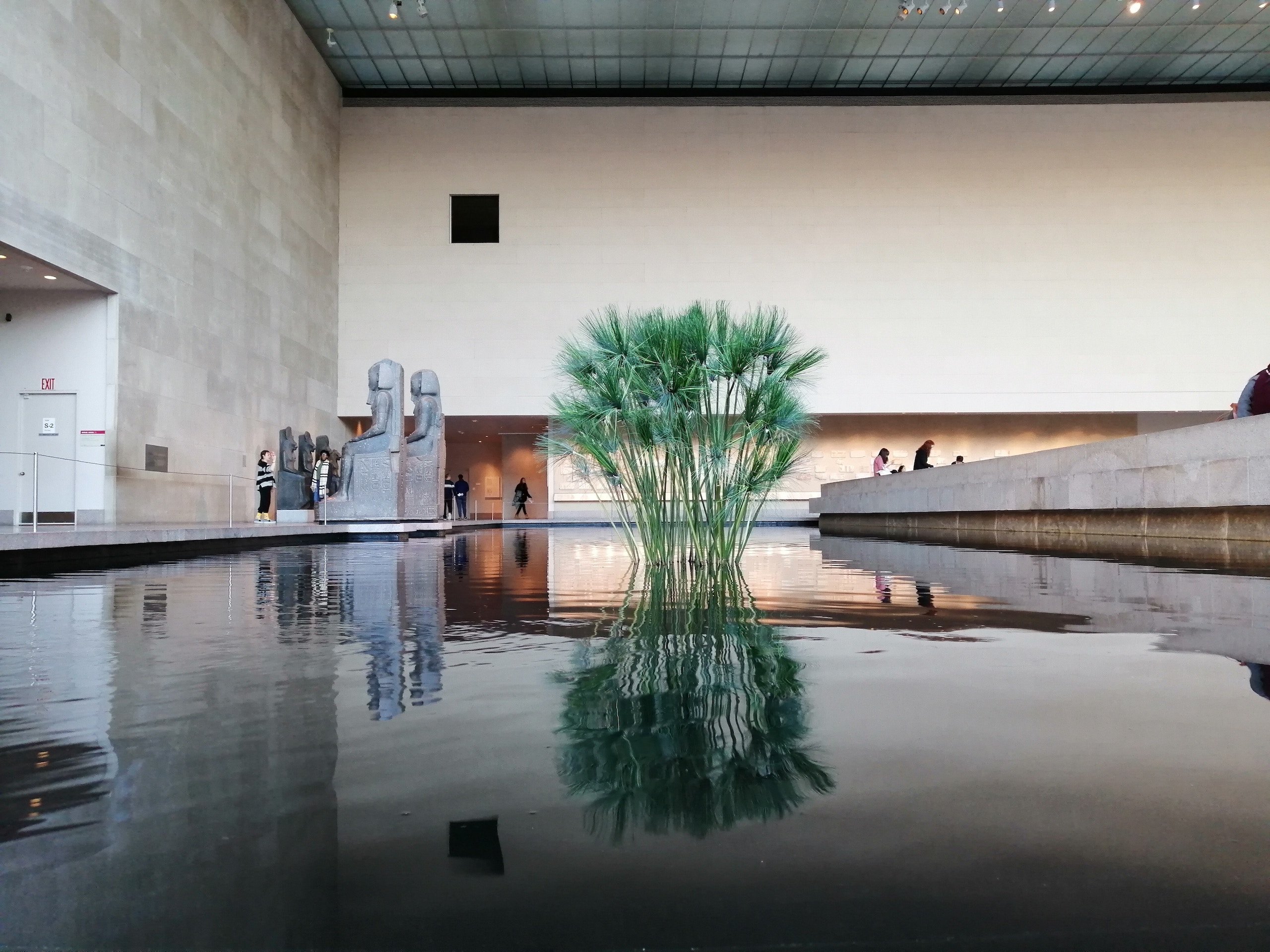 As LGBTQ issues rise in prominence across the globe, the world’s leading art museums are doing more to analyse depictions of LGBTQ identity and homoeroticism in their collections. While the posed nude statues of ancient Greece and the gendered ambiguity of the Mona Lisa are two eminent examples, join Mr Hudson and the world’s most forward-thinking art museums as we delve deeper into lesser-known collections and hidden representations of homosexuality and same-sex relationships in art on a series of LGBTQ-inspired tours.

At the Prado Museum in Madrid, the capital of Spain, ‘The Other’s Gaze’ is a trail aiming to highlight and reflect on same-sex relationships and non-normative sexual identities across 30 works including Caravaggio’s David with the head of Goliath. Take a close look at ‘Immortal Friendships’, as well as the persecution of artists, such as Botticelli and Leonardo, in ‘Pursuing Desires’, before moving onto ‘Deceptive Appearances’ which underscores the homoerotic nature of famous collections like The Hermaphrodite. To finish, discover what it means ‘To Love like the Gods’, looking at mythological non-binary relationships showcased in elitist works meant only for rulers and princes. To complement the tour, attend one in a series of conversations held with artists, historians and journalists, or indulge in the print publication.

From tribal sculpture of early Africa, pottery and armour from ancient Rome and columns from ancient Greece, The British Museum is where human history comes together under one roof. To celebrate 50 years of decriminalisation of homosexuality in UK law, the museum curated the trail named ‘Desire, Love, Identity: exploring LGBTQ histories’ which leads visitors through the LGBTQ history related to its permanent collection, spanning ancient civilisations to the modern-day. Gain insight into how gay freedoms have fluctuated throughout history, from the unbound gods in Greek mythology to the connoisseurs of homoerotica in Roman times, learning how themes of gender and sexuality have never been set in stone. 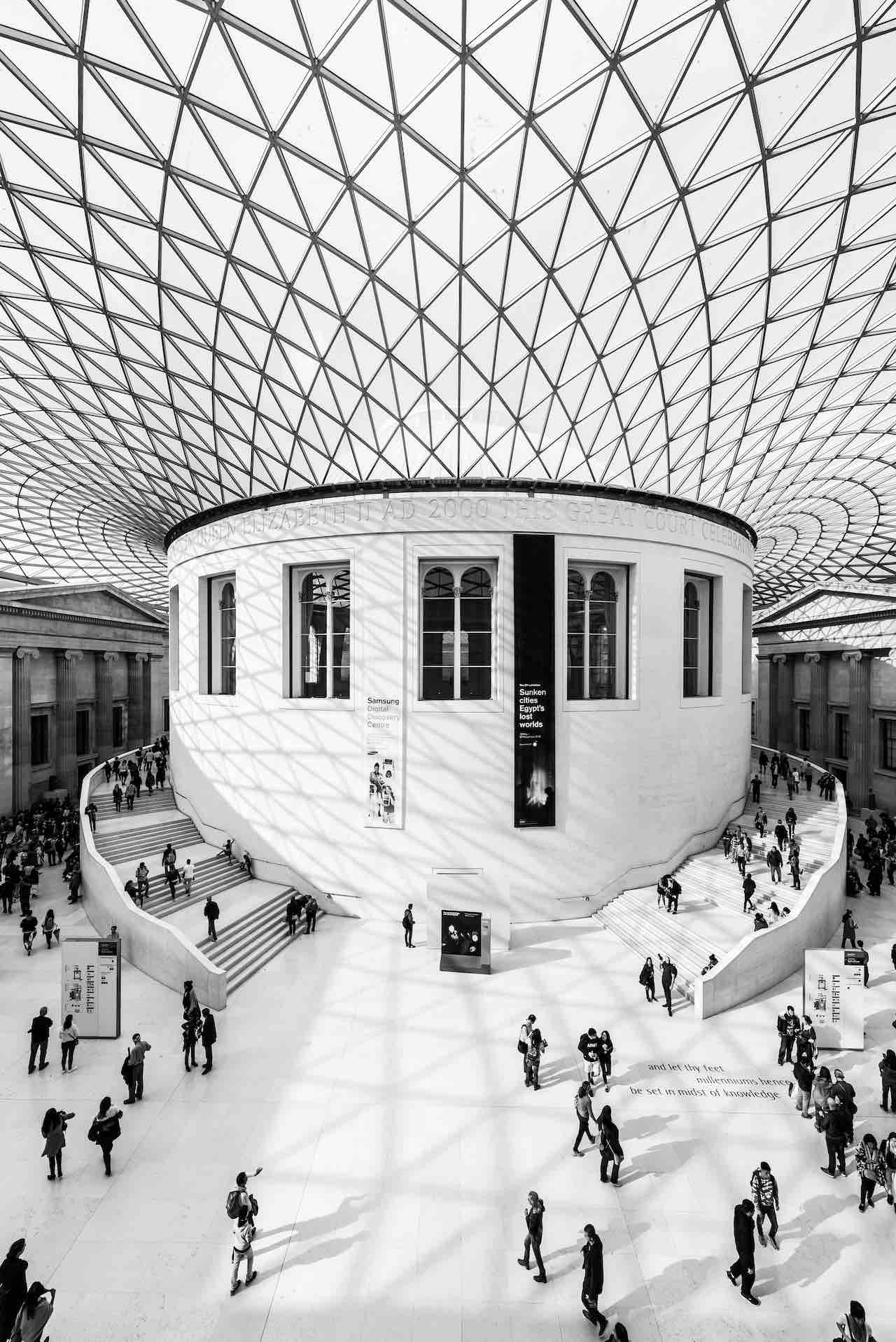 3. The Wadsworth Atheneum Museum of Art, Hartford, Connecticut, US

The first in the US to put together an LGBT museum tour is The Wadsworth Atheneum Museum of Art in Connecticut with its ‘Out on View’ LGBT art trail. The museum’s collection is influenced heavily by former director A. Everett ‘Chick’ Austin, a closeted member of the LGBT art scene in pre-war New York who built connections with prominent LGBT artists of his day and purchased various works from earlier periods. As a result, the trail leads visitors around 16 artworks relevant to the gay experience, inclusive of lesbian, queer and trans identities from diverse backgrounds. From an ancient Roman statuette to a 20th-century photograph, passing over Caravaggio, Charles Demuth and David Hockney, the trail addresses themes of masculinity, homoeroticism and sexual ambiguity. The Sluggard by Lord Leighton in 1890, in particular, marks a historical acceptance of the nude male body as art, overlooking the homosexual implications that we may find hard to ignore today.

When it comes to art galleries, you can’t get much gayer than The Louvre in Paris, thanks to its significant collections from ancient Greece, ancient Rome and the Italian Renaissance, arguably some of the gayest art eras in human history. The Louvre’s LGBT museum trail is organised by Oscar Wilde Tours (see number 10) and works its way through the museum’s expansive Greek vase collections and past as many as four busts of Emperor Hadrian’s boy-toy Antinous (that’s three more than the Met). Two of the greatest gay geniuses of the Renaissance; Michelangelo and Leonardo da Vinci are also showcased here. Two of Da Vinci’s works, St. John the Baptist and the Mona Lisa, are said to be modelled on the artist’s sexy young assistant Salaì who was nicknamed ‘little devil’. As a French museum, The Louvre gives further focus to Revolutionary and Napoleonic eras, covering an 18th-century depiction of the heroic gay couple from Virgil’s epic Latin poem Aeneid. 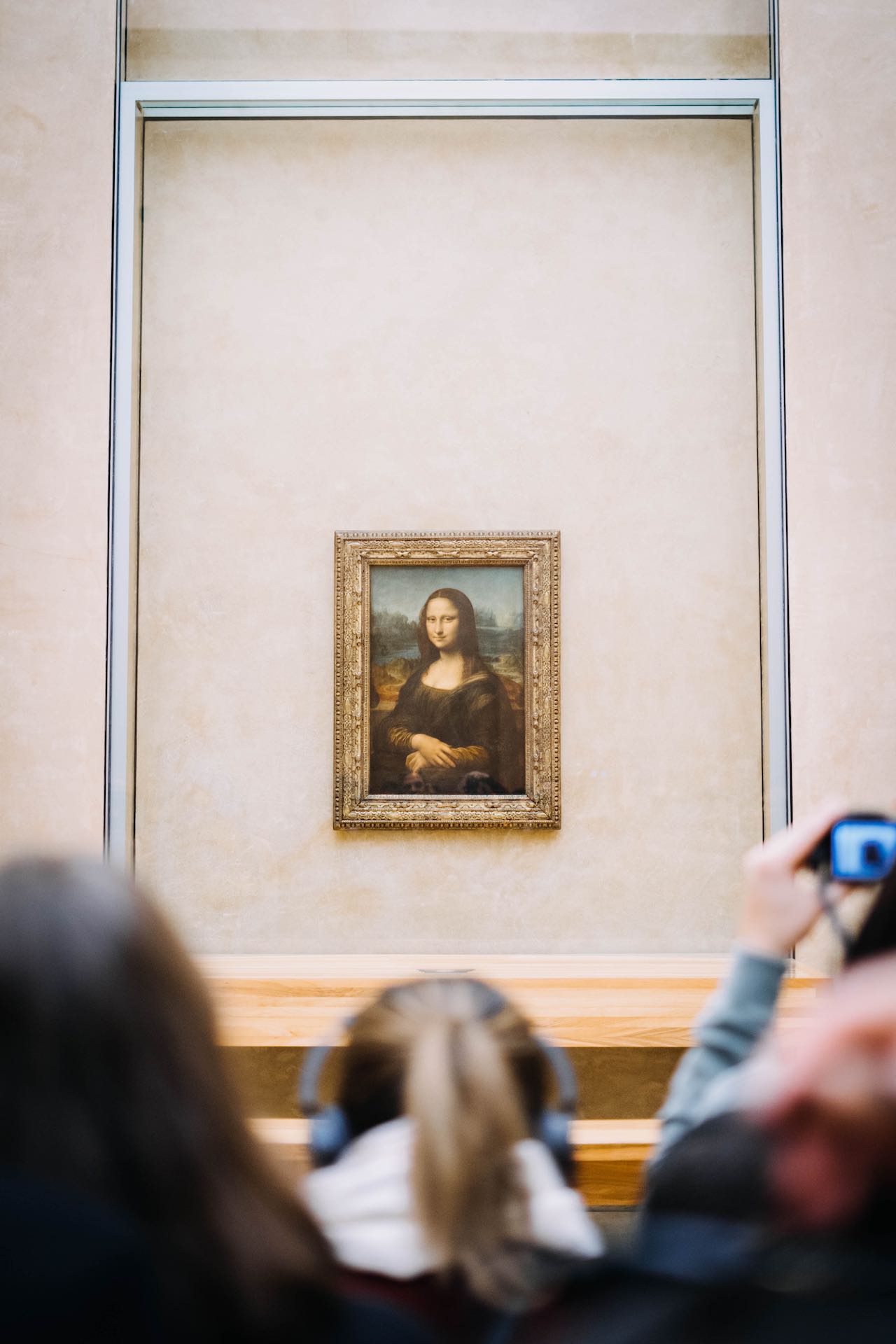 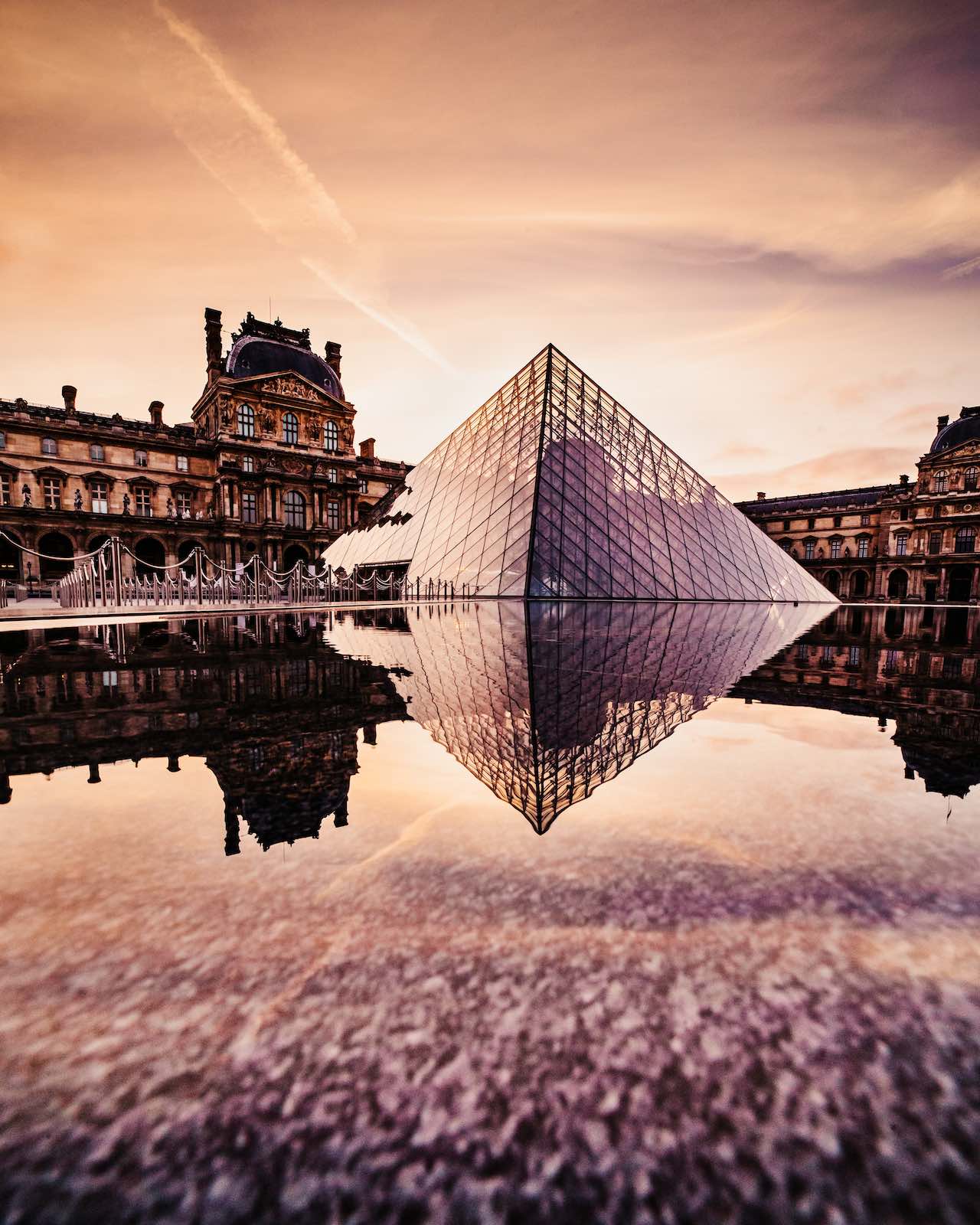 Need an art fix? The same team that brings you the content you love designs your perfect trip

While Boston has a name for being slightly puritanical, the Museum of Fine Arts Boston is quite the exception, displaying the greatest collection of LGBT-themed Classical Greek and Roman art the world has ever seen under one roof. Organised by Oscar Wilde Tours, this gay art tour explores various queer characters such as the male founders of democracy, Harmodius and Aristogeiton, who are immortalised on an Athenian wine pitcher from 400 BC. More recent works also feature, such as the Portrait of Thomas E. McKeller from John Singer Sergeant in 1920, whose sex life was the subject of much speculation. Now, it’s up to the modern-day voyeur to guess at the artist’s intentions. 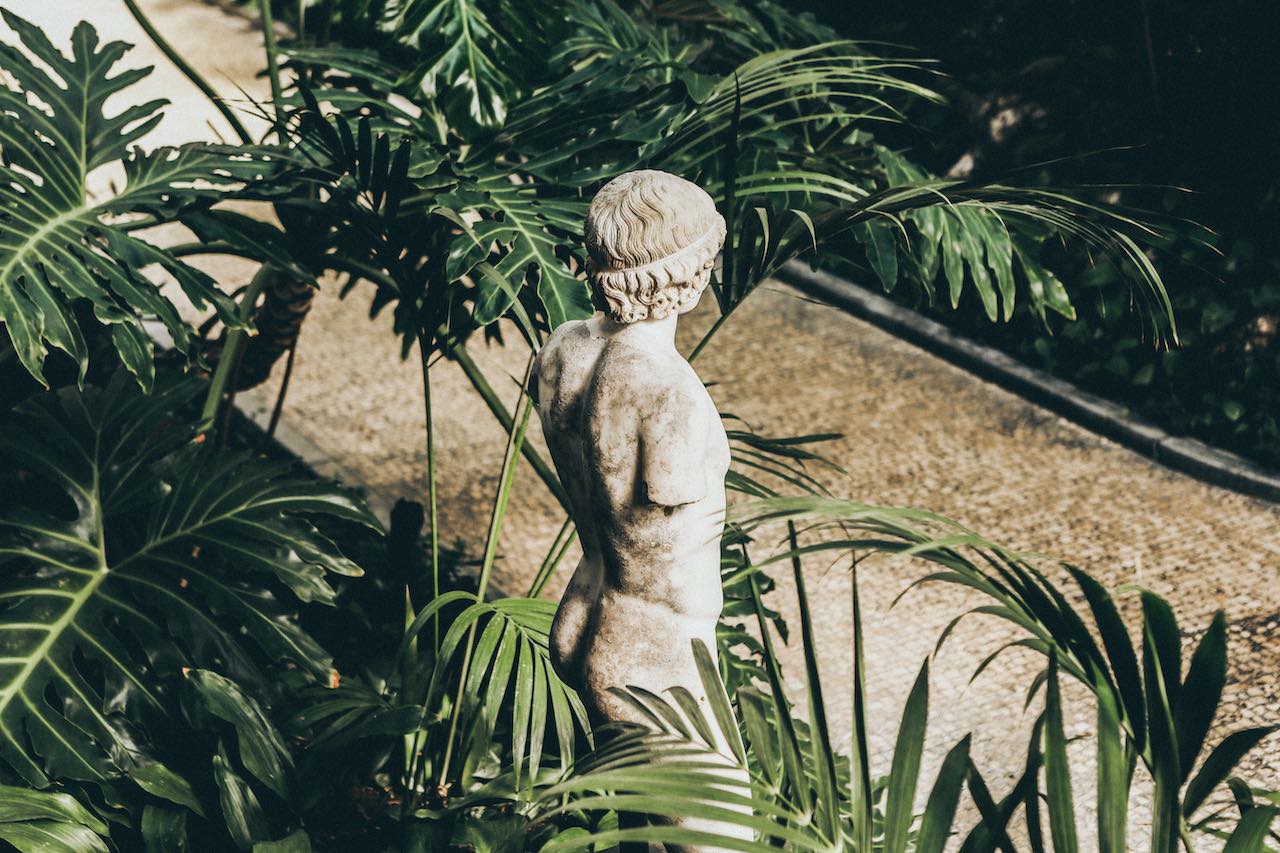 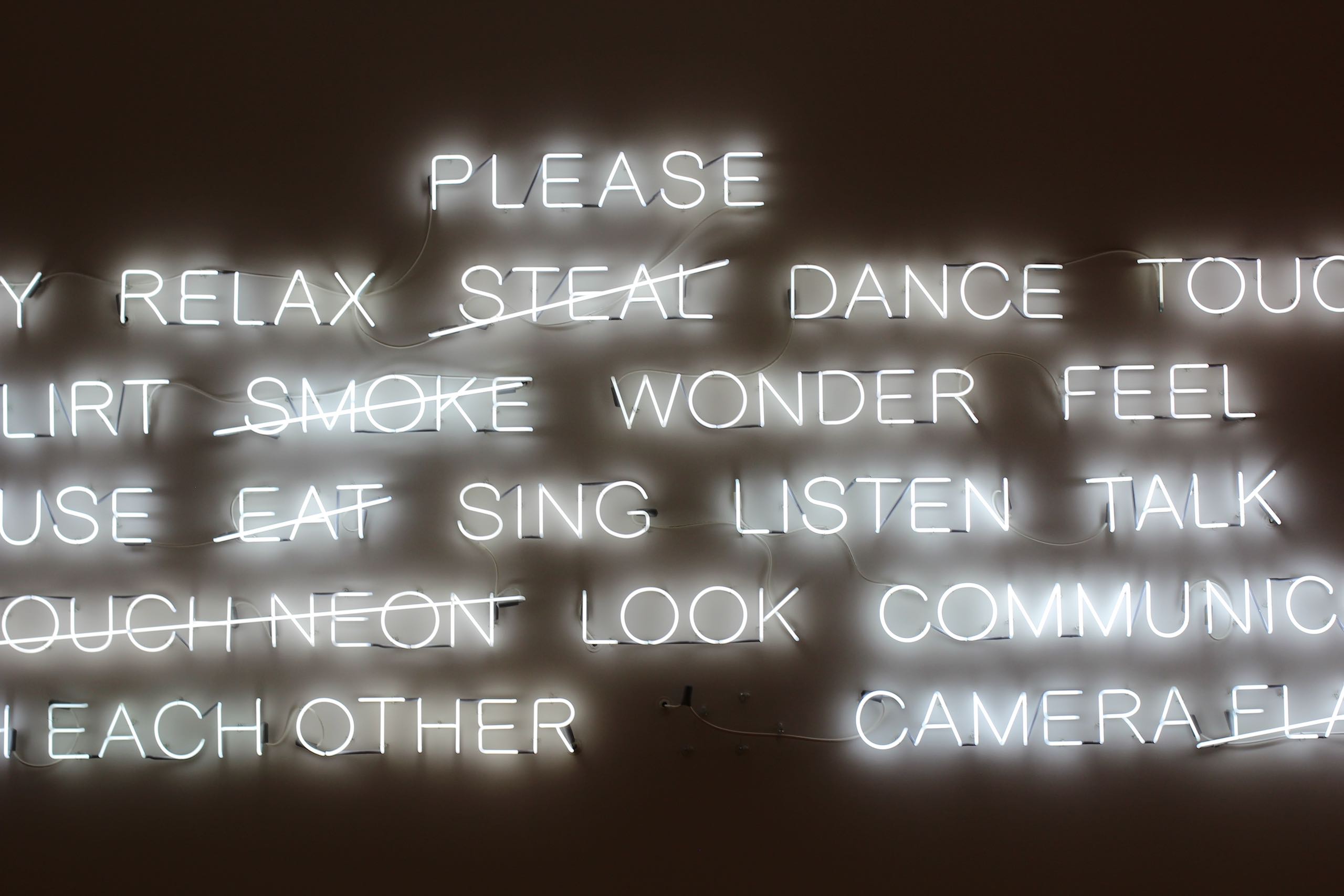 The Victoria and Albert Museum in London has a dedicated number of staff working to explore issues of gender sexuality and identity through its vast collections. As well as aiming to unearth previously hidden or unknown LGBTQ histories, its Working Group aims to facilitate understanding through research, public programming, discussion and debate. V&A visitors are encouraged to interpret the art through the lens of their own experience and throw up new questions in post-analysis. Take a gander at the homoerotic symbolism of Hercules and Antaeus’ Greek sculpture from the 1520s, a Renaissance favourite, where Hercules squeezes Antaeus (son of Poseidon and Gaia) to death in a bear hug. Next, venture to the South East Asian room to see gender-bending depictions of the muscular and aroused Hindu god Shiva combined with the rather more feminine form of Parvati, showing inclusiveness and sexual ambiguity as early as 150 AD India. 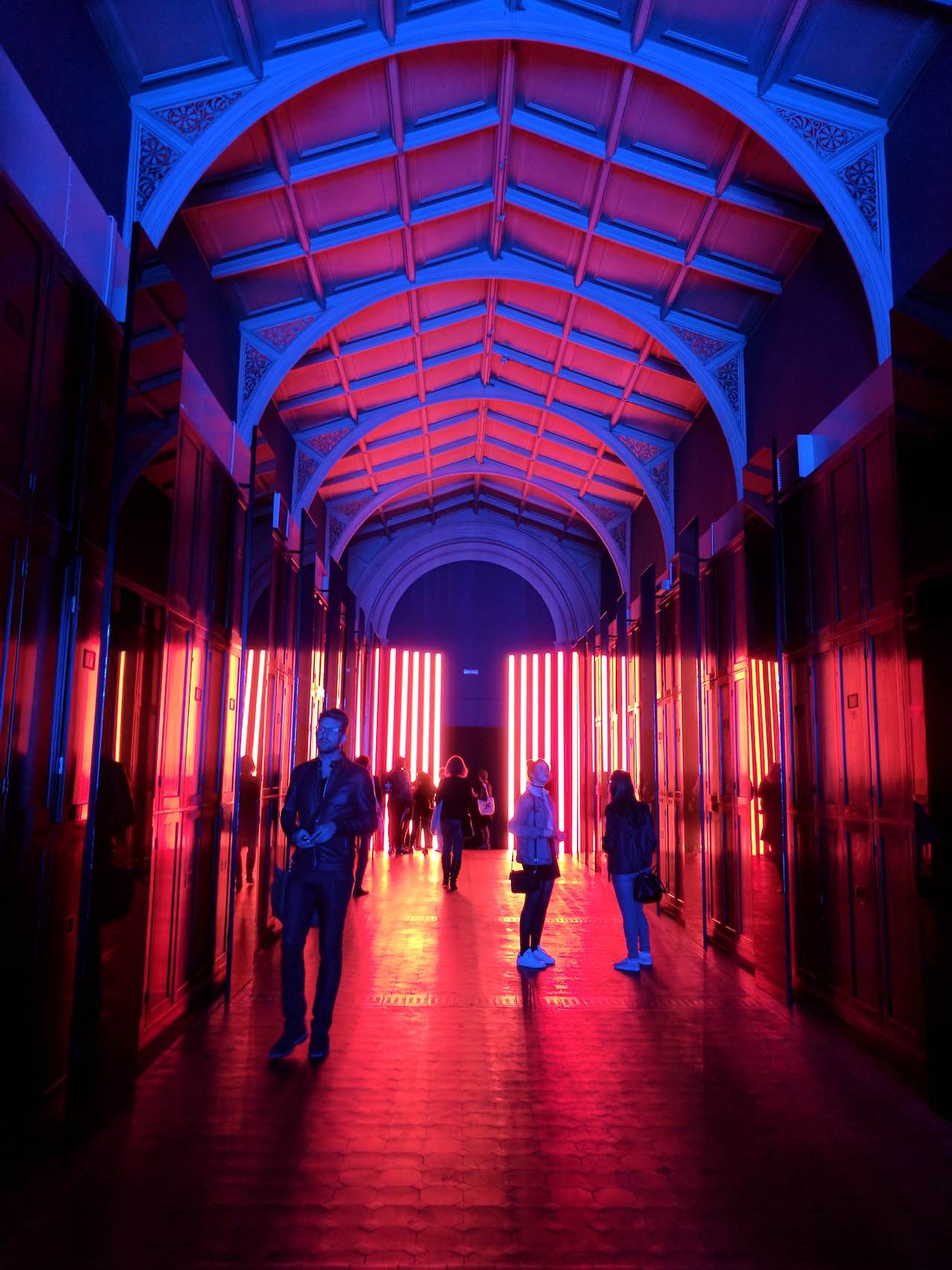 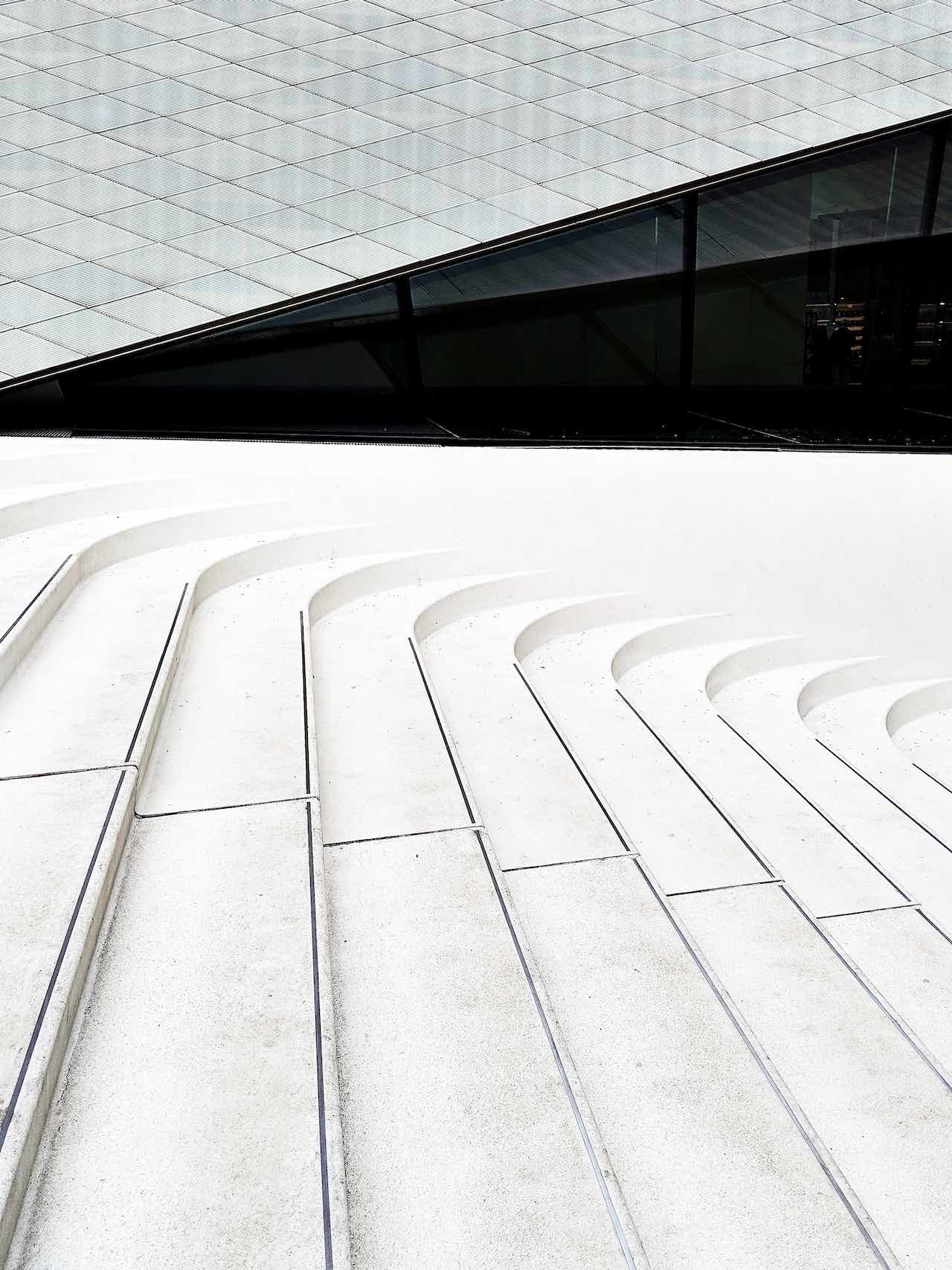 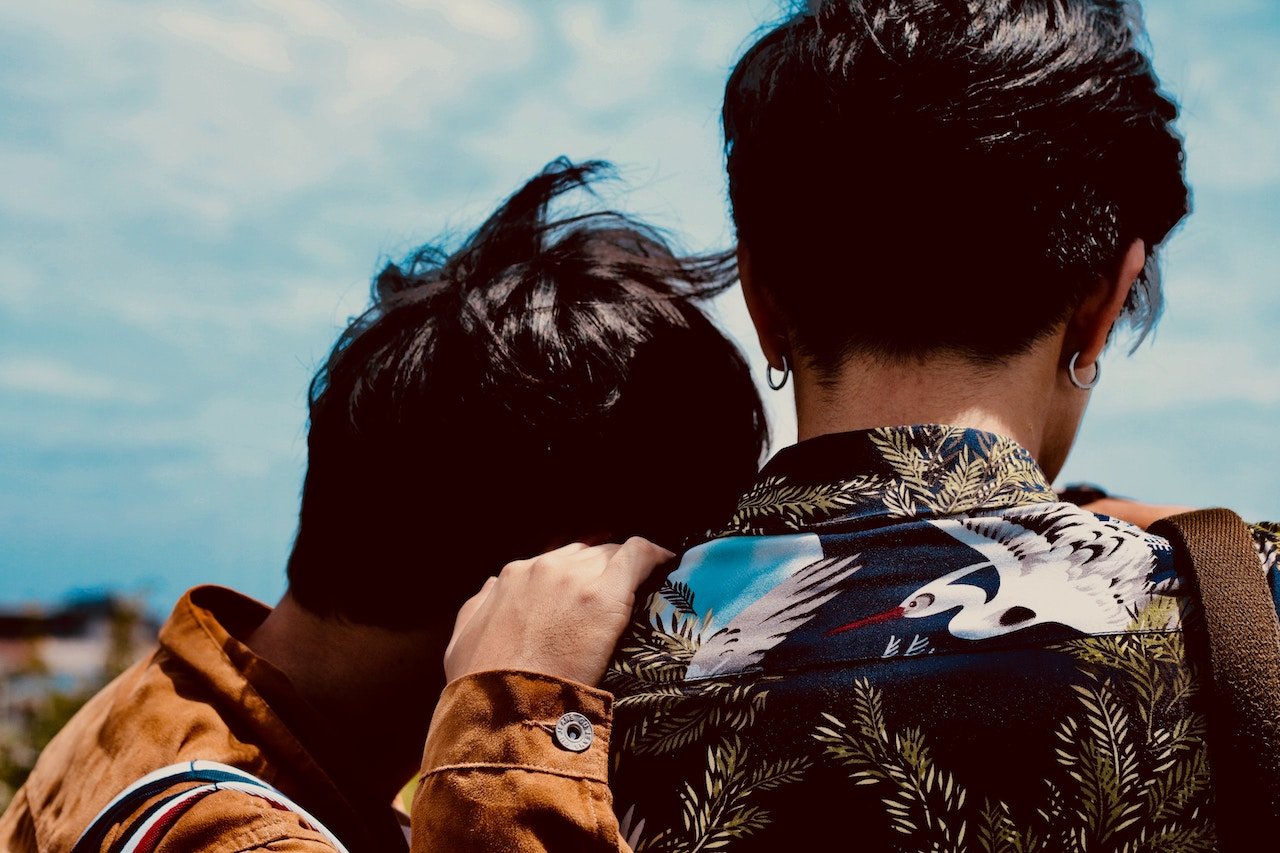 Another LGBT art tour led by Oscar Wilde Tours, is the exploration of homoerotic art through the Metropolitan Museum in New York. One of the world’s most prized gay art museums, here visitors will discover various queer treasures from ancient Greek nudes to Renaissance paintings, as well as swathes of modern art created by LGBT artists or works depicting same-sex desire. As well as elucidating on famed pieces such as Picasso’s portrait of Gertrude Stein and Michelangelo’s Cupid, the trail will also delve into forms of homosexuality across culture, including same-sex initiation rites in New Guinea. The Sofa by Toulouse-Lautrec is particularly moving, depicting lesbian relationships among sex workers in the bordellos where the artist boarded. Instead of being voyeuristic, Lautrec’s interest derives a sense of identification with his subjects who he saw as outcasts like himself. 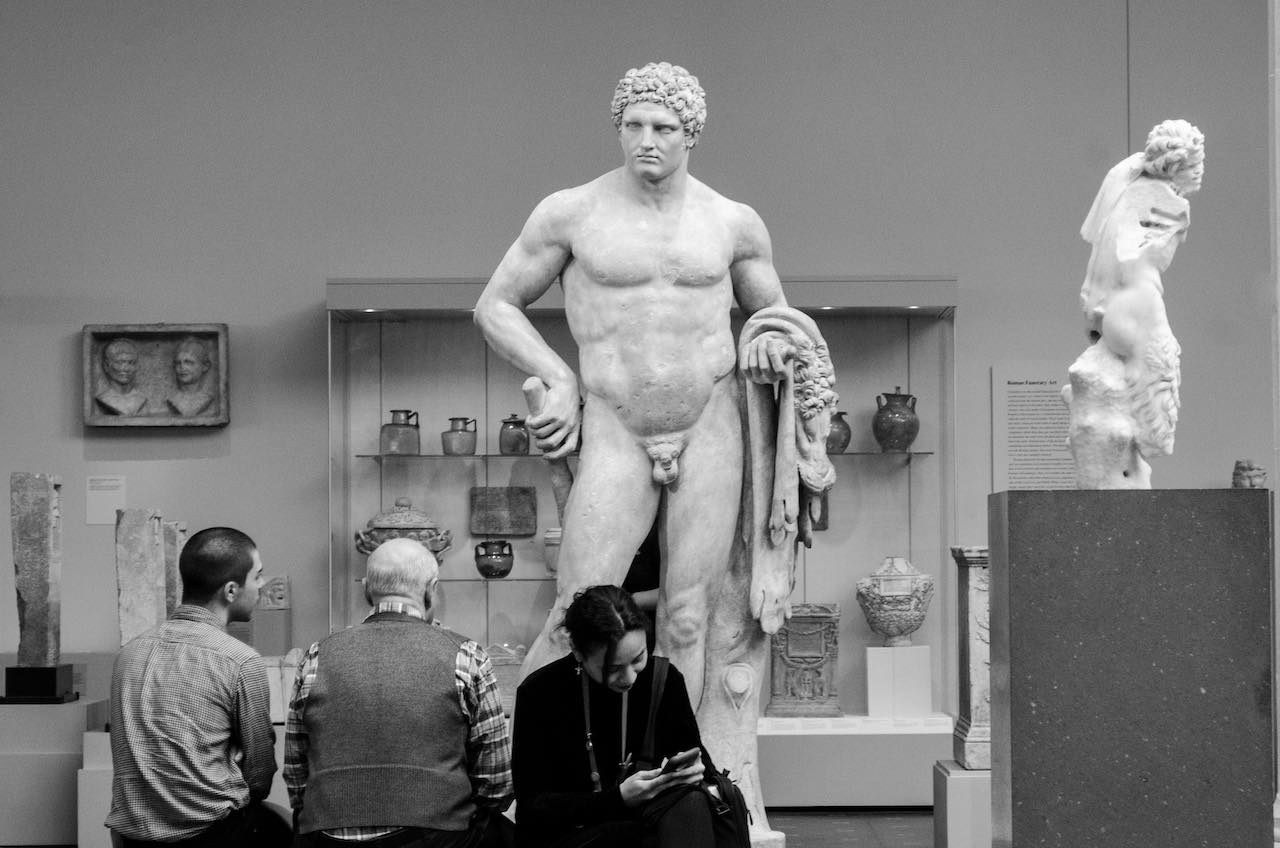 Our penultimate LGBT museum trail takes visitors through four separate venues belonging to National Museums Liverpool; spanning the urban history collections at the Museum of Liverpool and the vast fine and decorative art collections across the Walker Art Gallery, Lady Lever Art Gallery and Sudley House. The project named ‘Pride & Prejudice’ is the result of research which aimed to identify LGBTQ connections in the collection. Of the most prominent examples, Henry Scott Tuke’s impressionist painting ‘The Promise’ is said to mark Tuke’s interest in working-class realities and male sexuality, a theory which looks at his connection to Oscar Wilde and the Uranian poets who aimed to bring Greek homoeroticism into the modern-day. David Hockney’s ‘Peter Getting Out of Nick’s Pool’ is another noteworthy painting to ponder. 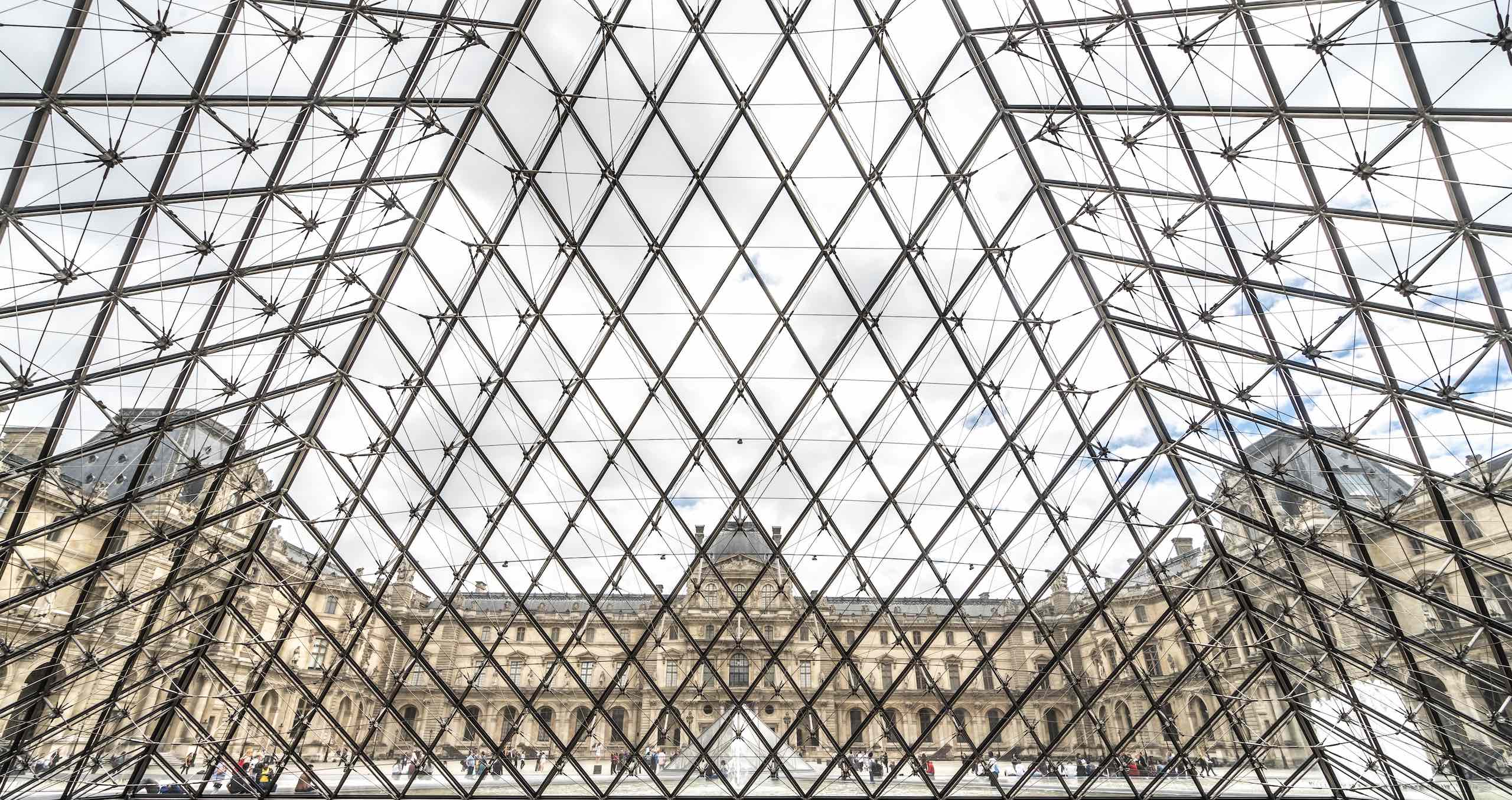 Louvre | Photo: Will B

Spreading Gay Pride throughout the world’s best museums, Oscar Wilde Tours organises LGBT-focused trails that allow insight into the minds of LGBT trailblazers across human history, such as Sappho and Socrates, Michelangelo and Leonardo da Vinci, Shakespeare, Tchaikovsky and Virginia Woolf, dancer Nijinsky, writer Thomas Mann and, of course, Oscar Wilde himself. The project showcases how same-sex love really isn’t anything new and was in fact at the heart of many of the world’s great art and culture movements. Run by storytellers, historians and LGBT advocates, the company explores LGBT art across time and continents, from ancient Greece and Rome to Meiji Japan and the Ottoman Empire; from renaissance Italy to fin de siècle London; from Paris of the Lost Generation to Weimar Berlin. 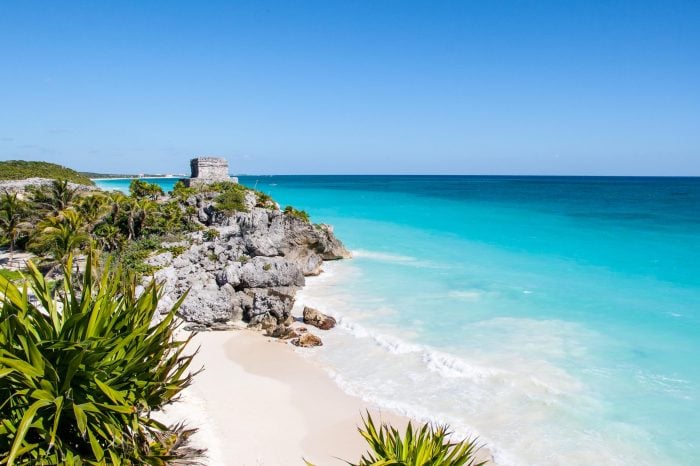 Things to do in Riviera Maya

Riviera Maya and the surrounding areas have some pretty spectacular things to see, all relatively nearby, so in order to make the most out of your experience, making the time to venture out of your hotel is the way to go. 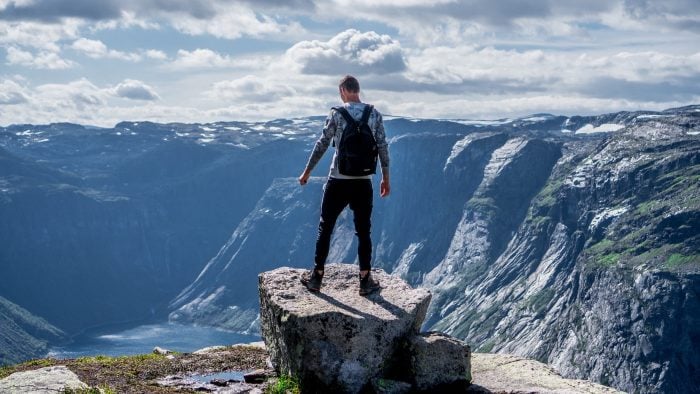 Things to do in Norway

Norway can seem like a dream. Fjords carve deeply inland to form the country’s spectacular coastline, which stretches far beyond the Arctic Circle to the distant Russian border, meeting mountains, glaciers, and fairy-tale forests along the way. 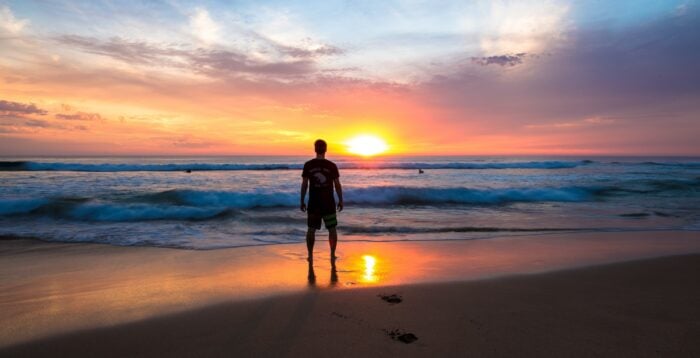 From Sydney to Cairns - enjoy the Great Barrier Reef diving

While the capital’s surf-ready beaches are no joke, it’s Cairns that holds the most notable of Australia’s natural attractions; the famed Great Barrier Reef. Whatever the pace, your Sydney to Cairns Great Barrier Reef trip is set to be a joy.