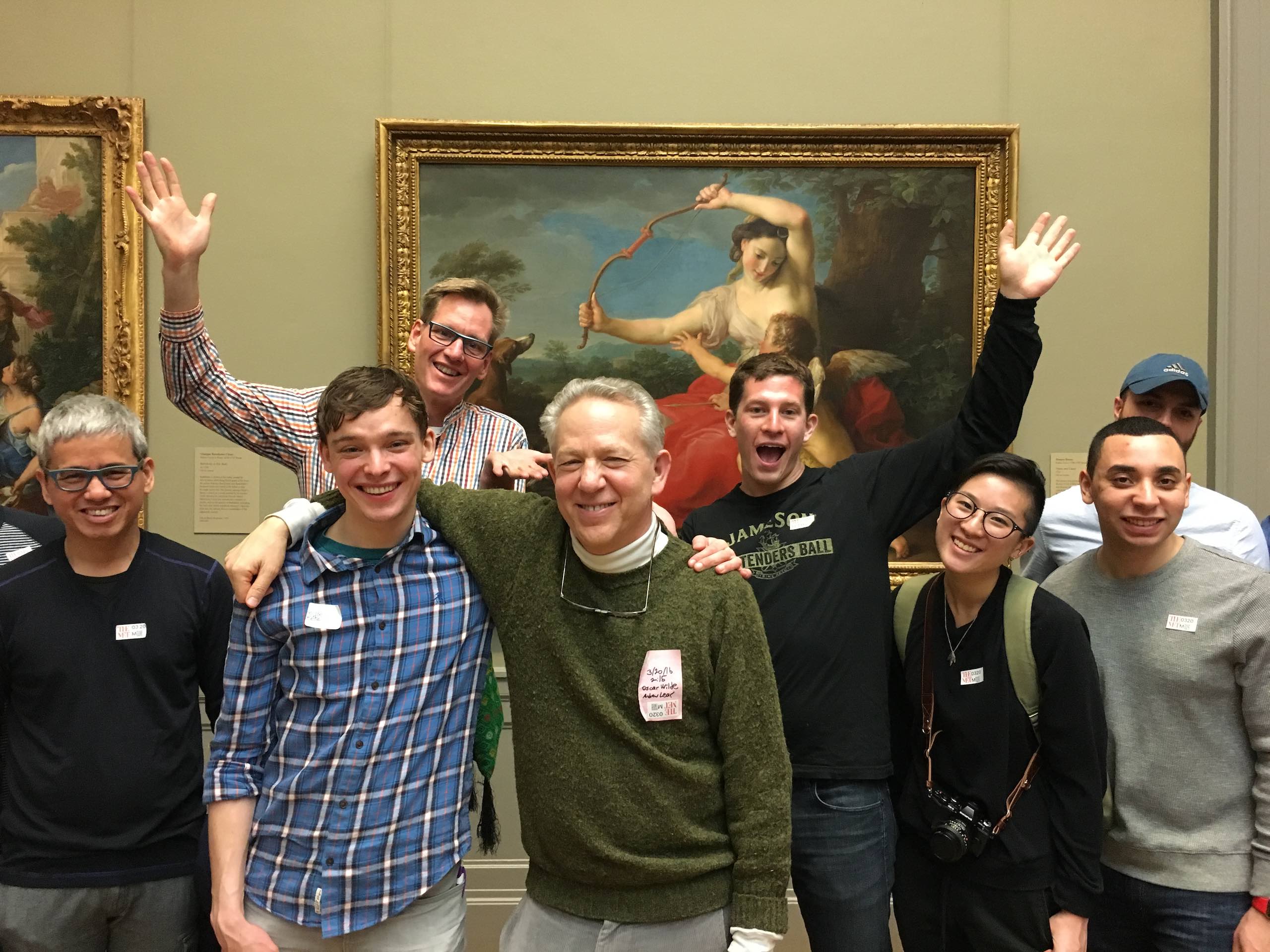 The favourite places of Andrew Lear

Andrew Lear combines a love of travel with a passion for gay history. He has published a widely praised book on male-male love in ancient Greek art and is considered one of the foremost experts on same-sex love in the ancient world. He talks to Mr Hudson about some of his favourite places.

I am a Classicist, i.e. a scholar of Ancient Greek culture and I’m particularly well known for my work on same-sex love in Greek poetry and art. A few years ago, I decided that my academic career was becoming a dead end, and I wanted to take my work on same-sex love – in Greek and other cultures – to a broader public. So I started Oscar Wilde Tours. I have also been working on some TV shows: for a while, Stephen Fry and I were developing a gay history series, and now I am working on a series about courtesans and royal mistresses.

Oscar Wilde Tour’s trips are different from any other gay tours. Like the others, they give you the chance to take a trip with a group of other gay people, but unlike the others, the itinerary also focuses on gay issues: gay history and gay-themed art.

Why is Oscar Wilde Tours so popular with gay travellers?

I think our tours are popular for a number of reasons. Because there is a pretty clear cultural focus, they attract a mature and culturally lively audience. So if that’s who you are, our groups are pleasant and relaxing. Our groups tend to have a lot of fun together, and a lot of friendships are formed. We also show our groups things that gay travellers are curious about: the gay side of famous monuments, which they have often heard about but without getting clear information, and also lesser-known monuments and art that bring gay history to life. Finally, our hotels and in particular our restaurants are really good:  people keep telling me I should sell the Italy tour in particular as a gourmet tour.

The most amusing person I have met through my tour business is Dr Ruth, who came on the gay secrets tour of the Met one day

Where does Oscar Wilde Tours take its groups?

We offer day tours in New York, Boston, and sometimes London. In New York, we offer several different gay history walking tours in and around Greenwich Village and a tour that follows gay history throughout the Metropolitan Museum, called gay secrets of the Metropolitan. I also occasionally do ‘gay secrets’ tours of the Museum of Fine Arts, Boston, and the National Portrait Gallery in London – two of the world’s gayest museums. Over the last 3 years, we have developed 3 multi-day tours: a tour of Oscar Wilde’s London and Paris, which follows Wilde’s life and other gay history and art in Europe’s two largest cities; Gay Greece, from Achilles to Alexander, which shows you monuments and art connected to ancient Greece’s culture of same-sex love; and Gay Italy, from Caesar to Michelangelo and Beyond, which introduces you to several different same-sex cultures from Italian history, from the ancient Greeks (who settled Southern Italy) to the Florentine Renaissance.

Are there places you would like to take your tours in the future?

I have done a lot of the planning for two more multi-day tours:  a tour of Germany (mainly Berlin and Munich) and a tour of Southern Spain and Morocco. Both have a lot of great sites connected with gay history. Some day I would also like to try to put together a tour in Japan and China: both countries have fascinating histories of same-sex love, but I am not sure if there are many monuments that connect to that in vivid ways. Finally, I’d love to put together a tour of some castles and palaces with gay history connections: Fairy Tale Castles, anyone? 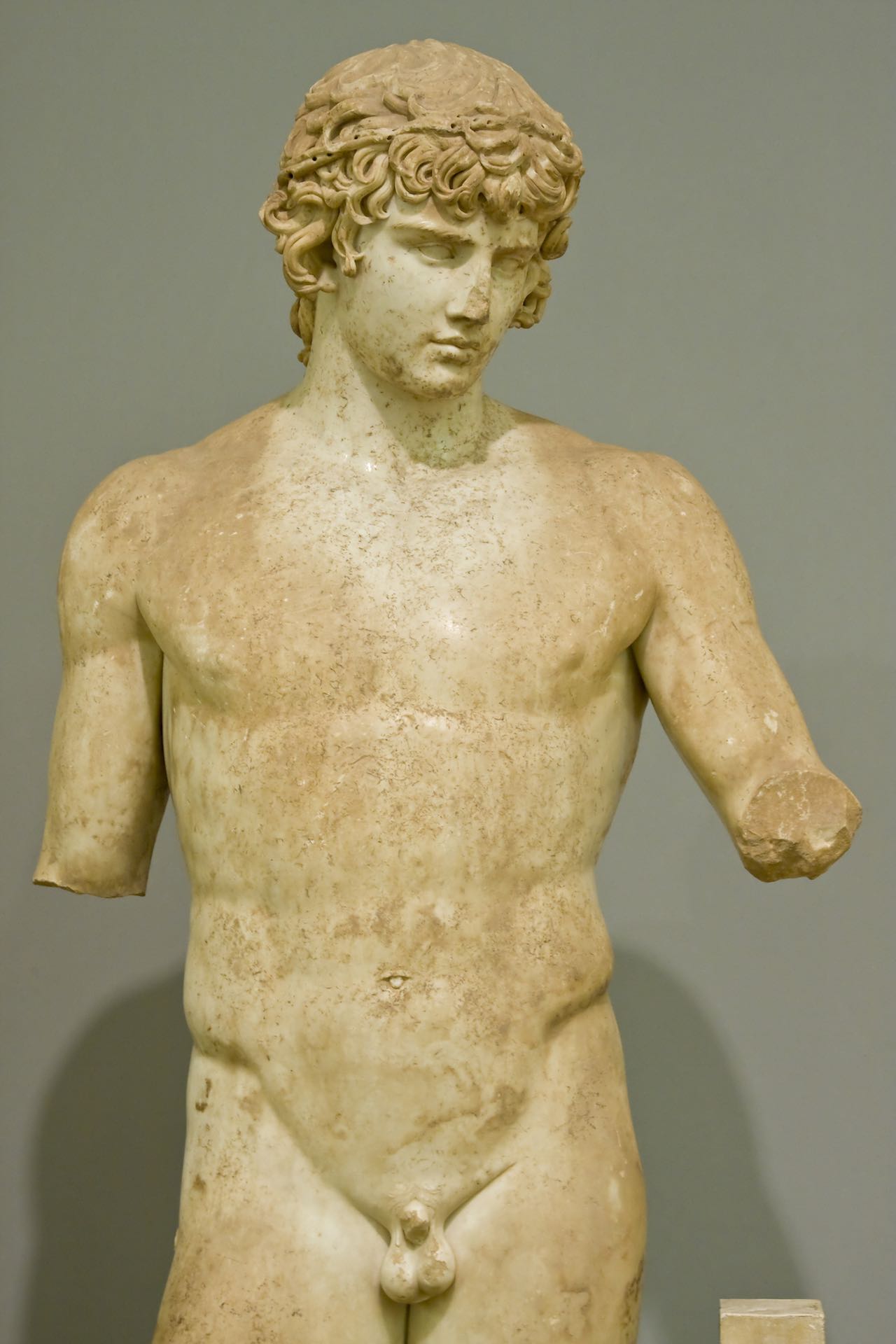 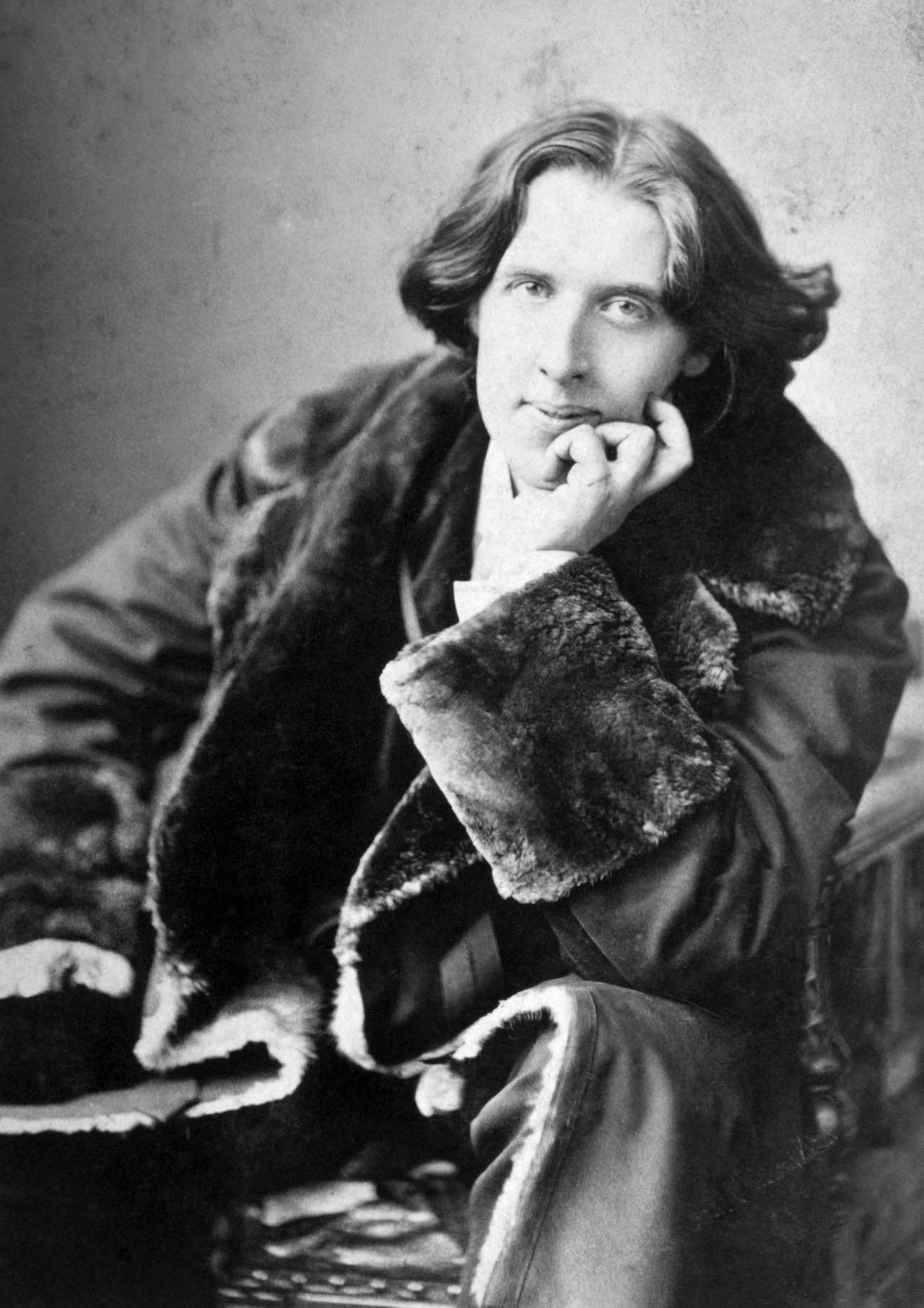 What is your preferred hotel?

We are a very small company, so our tours are very carefully curated, and every hotel is great, but of course one has one’s favourites. I particularly love the Mykonos Theoxenia Hotel. It used to be part of Xenia, a chain of hotels the Greek government built in the 60s to foster tourism in Greece. The hotel in Mykonos, like many of them, is in an amazing location – probably a place it would have been illegal for anyone but the government to build – on a beautiful headland right at the edge of the town. And the design is a combination of folksy Greek architecture and 1960s James Bond chic. Add impeccable, modern hotel management, and you get a lovely place to spend a few days gazing out on the Aegean.

What about those restaurants you spoke about?

Again, a lot of our restaurants are really special. My favourite this year was a place we went for afternoon pastry (tea, I guess, but in France) in Paris: the café of the Musée Jacquemart-André. How many cafés do you know that are decorated with works of Tiepolo?  And it also has pastries from my favourite patisserie in all Paris, Stohrer, which was founded in 1730 by the queen’s maître patissier!

Want to follow in Andrew’s footsteps? The same team that brings you the content you love designs your perfect trip

I am what the Germans call an Opermensch. I had a singing career early on, and I am really happiest in an opera house.  So the Met is home, but maybe my favourite of all is the Opera Garnier in Paris.

What was the best trip you ever took?

I am afraid I will surprise you this time. I am also an avid birdwatcher, and I think my best trip ever was a trip up one of the tributaries of the Amazon, where I saw, among many things, vast flocks of parakeets and macaws feeding on clay banks. It was like going to the dawn of time.

I suppose that would have to be Stephen Fry, whom I met on a quick stop in London on the way back from my first Oscar Wilde Greece trip. The most amusing person I have met through my tour business is Dr Ruth, who came on the gay secrets tour of the Met one day. I don’t think I’ve ever been more entertained by someone else while I was giving a tour! 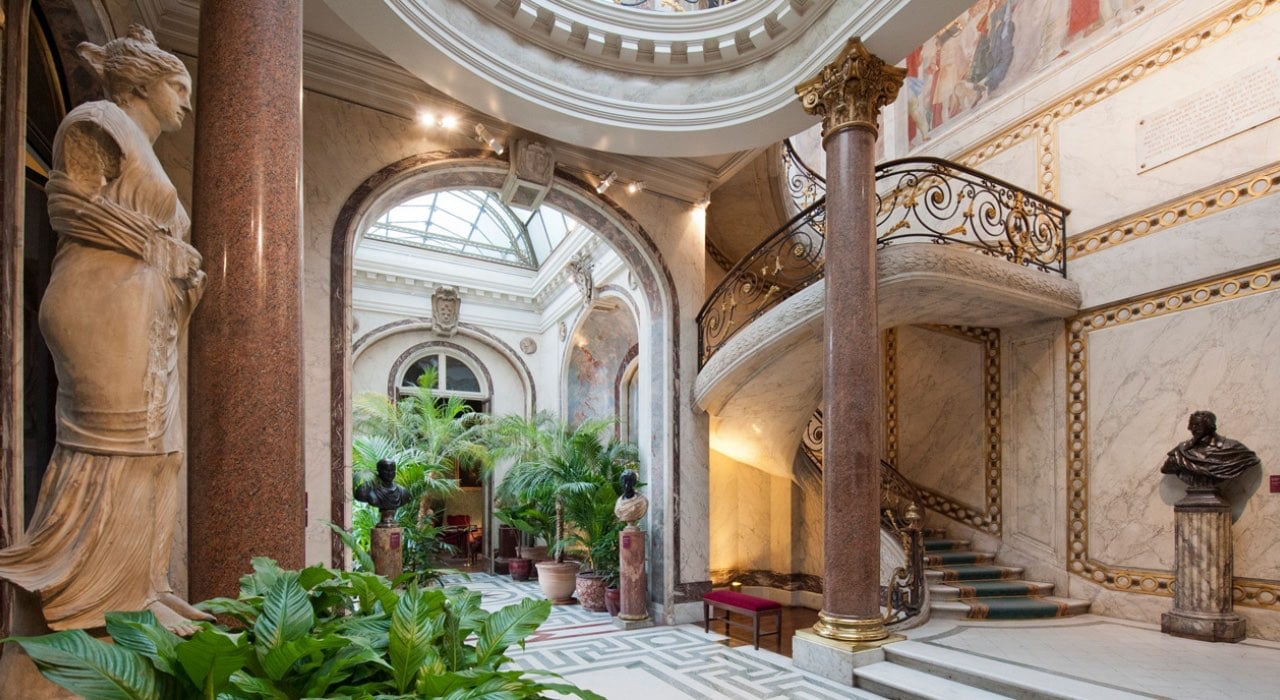 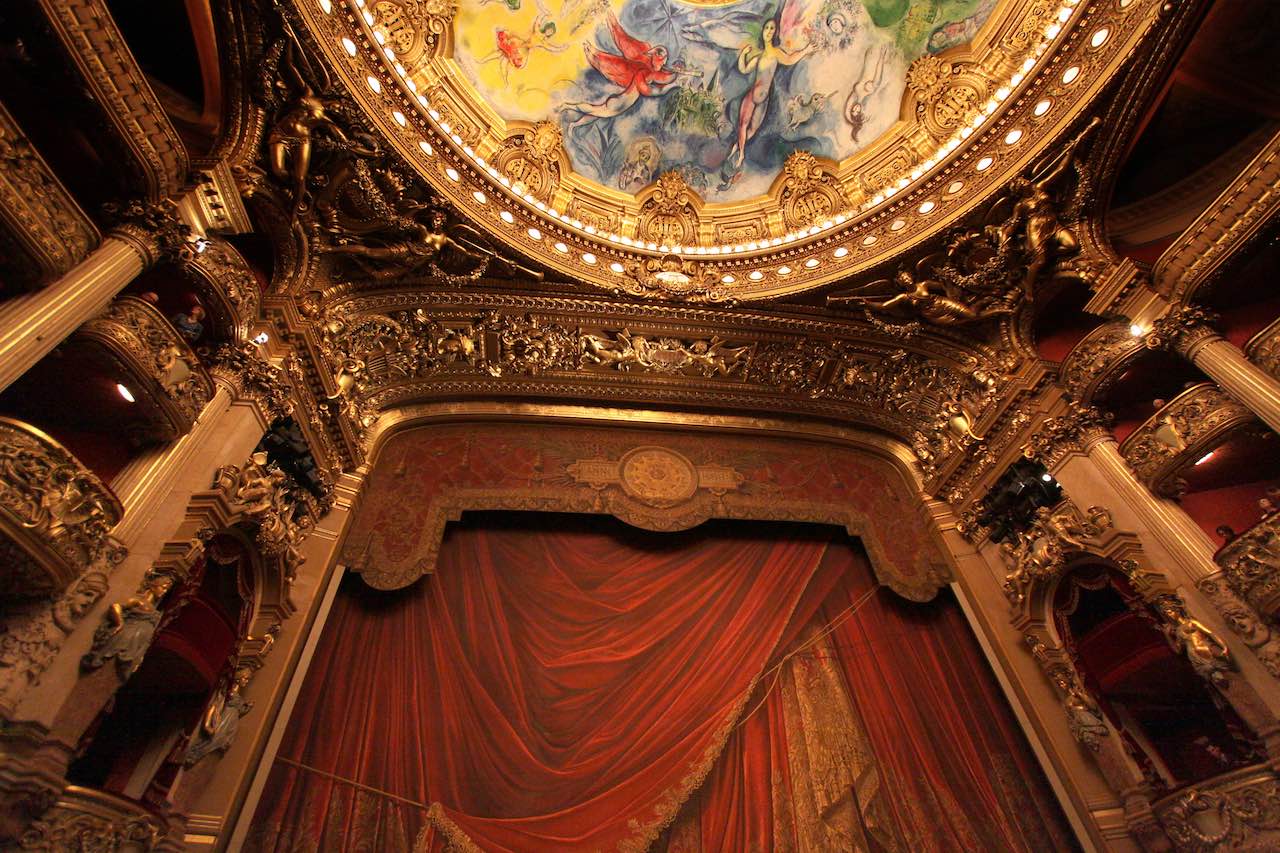 What are your favourite places in New York that people need to know about?

I would say there are some things in the Metropolitan Museum that are a lot of fun: for instance, there’s a Frans Hals painting of a boy cross-dressed for Mardi Gras, and a wonderful Gainsborough portrait of one of London’s great courtesans of the 18th century, Grace Dalrymple Elliott, lover of both the future George IV and the Duc d’Orléans.  People are intimidated by the Met’s overwhelming size, so they just make a bee-line for certain famous things (Impressionists, mostly) and they miss a lot of fun works that you can find by meandering.

There’s a lot of amazing gay history connections all around us. London, Paris, and New York are packed. As an example, we all know photos of Oscar Wilde as a young man dressed in knickerbockers and capes. What we don’t know is that those photos were taken in New York, on the West side of Union Square, in a building that is still there, and two doors from the building where Andy Warhol had the Factory in the 60s, when they were making movies like Flesh and Trash.

Don’t fall into the trap of thinking that the only gay thing about a place is its gay bars.  At least in any major European city, there is plenty of interesting gay history. Look into it before you go: it’s not going to be in the regular guidebooks or on the regular tours, so you need to find out about it yourself. And if you’re in London, a great place to start looking into it is Gay’s The Word. 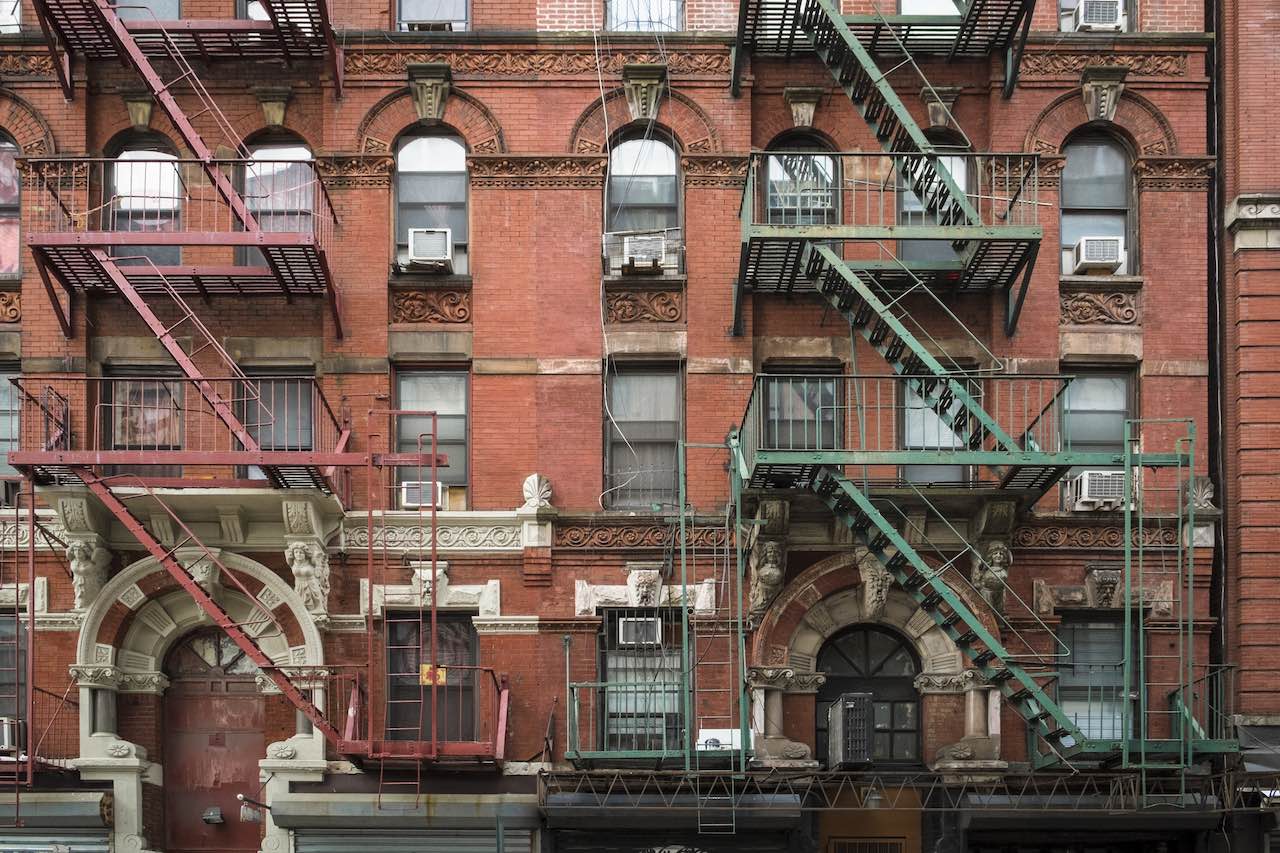 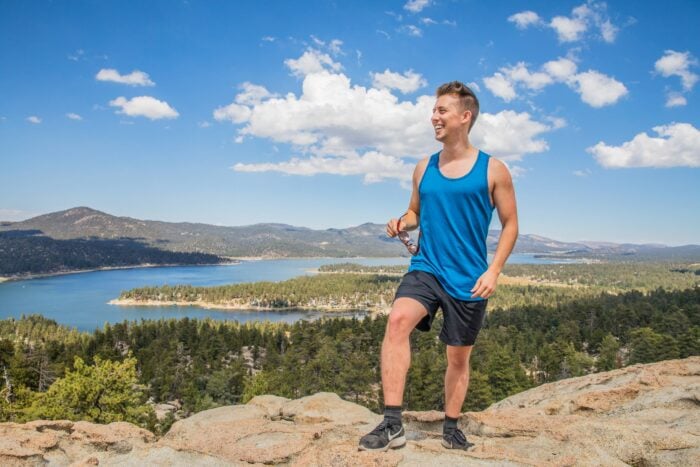 While the Californian coast and the Big Sur towards the north hold their own vacation-making intrigue, quick getaways from Los Angeles can put you in touch with the tranquil ski regions of Big Bear, the Hispanic influenced county of Ventura and the exotic poolside retreat of Palm Springs. 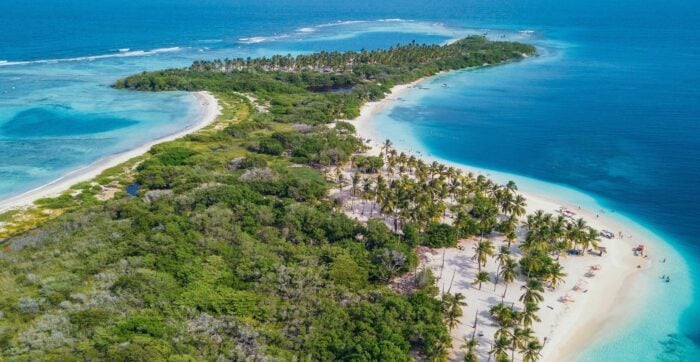 Venezuela gay: the forgotten paradise for the most adventurous travellers

Holding both troubles and treasures, the formidable nation of Venezuela (at present) favours only the more courageous of travellers. For gay visitors, Venezuela opens its fronded arms with an inclusive culture melded from mixed European and Indian ancestry. 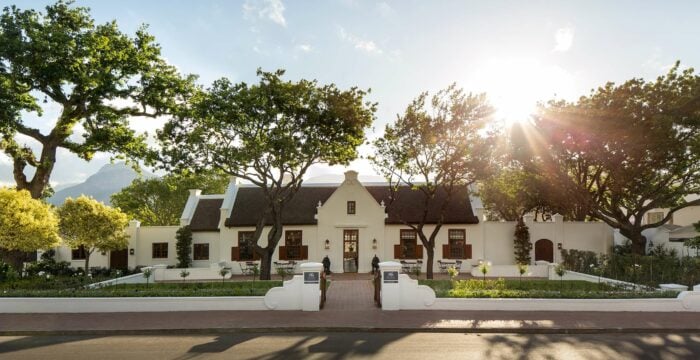 South Africa is a top choice for wine tourists keen on sampling the crisp chardonnay of Stellenbosch and the dark-toned shiraz of Paarl first-hand. Today we sip our way slowly through the best white and red wine from South Africa on a hotel-hopping tour of the Cape Winelands, covering Stellenbosch, Constantia, the Western Cape and beyond.