The ultimate guide to the best wine hotels in New Zealand

As verdant a nation as they come, New Zealand is blessed with a temperate climate and rolling valleys that seem divinely created to bear grapes. Not only does New Zealand have ten major wine-producing regions split between both its North and South Islands, but it also has the perfect back garden in which to enjoy a glass or two. Better still, travellers who stay at one of the best New Zealand wine hotels get easy access to the world’s most southerly vineyards among spectacular natural landscapes, filled with hiking, biking and adventure opportunities. Discover Mr Hudson’s pick of the best wine hotels in New Zealand below… 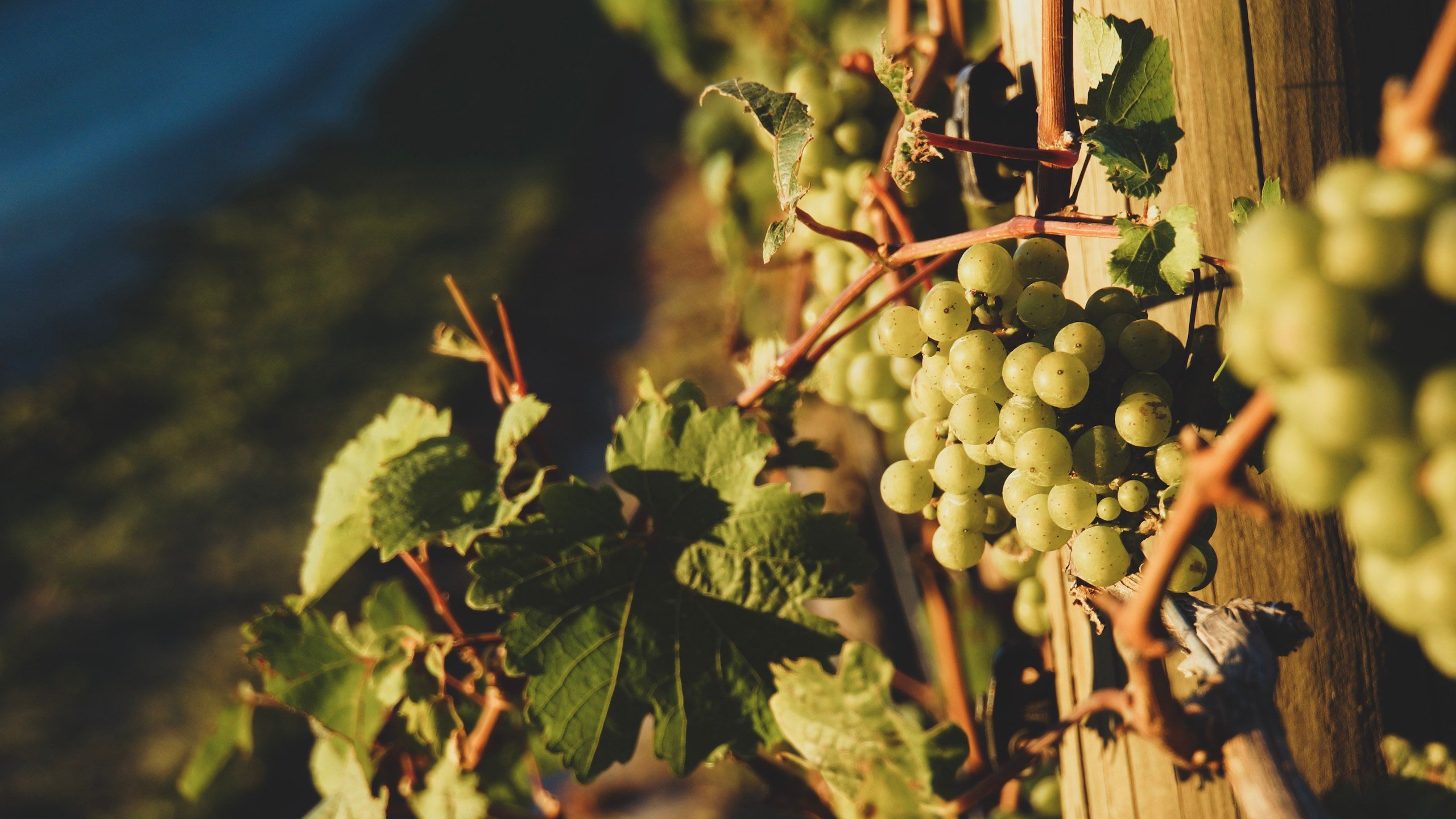 The New Zealand wine map spans both islands, from Northland to Canterbury and Central Otago, and despite the popularity of the nation’s New World varieties, it wasn’t until the 1970s that New Zealand’s wines became so widely known. The growing region of Marlborough led the way for international exports, becoming famous for its quality New Zealand sauvignon blanc. Of tradition, however, Auckland holds the crown as New Zealand’s oldest and most diverse wine region. Then there’s West Auckland for its crisp New Zealand chardonnay, or Waiheke Island for full-bodied reds and Matakana for more reds and fruity blends.

The Gibbston area might also appeal for its penchant for pinot noir and a picturesque setting near Queenstown, though Wellington also has a number of quality boutique wineries on its doorstep. If you’re wondering how to make the most of your time in the nation, see our ultimate 2-week New Zealand itinerary. 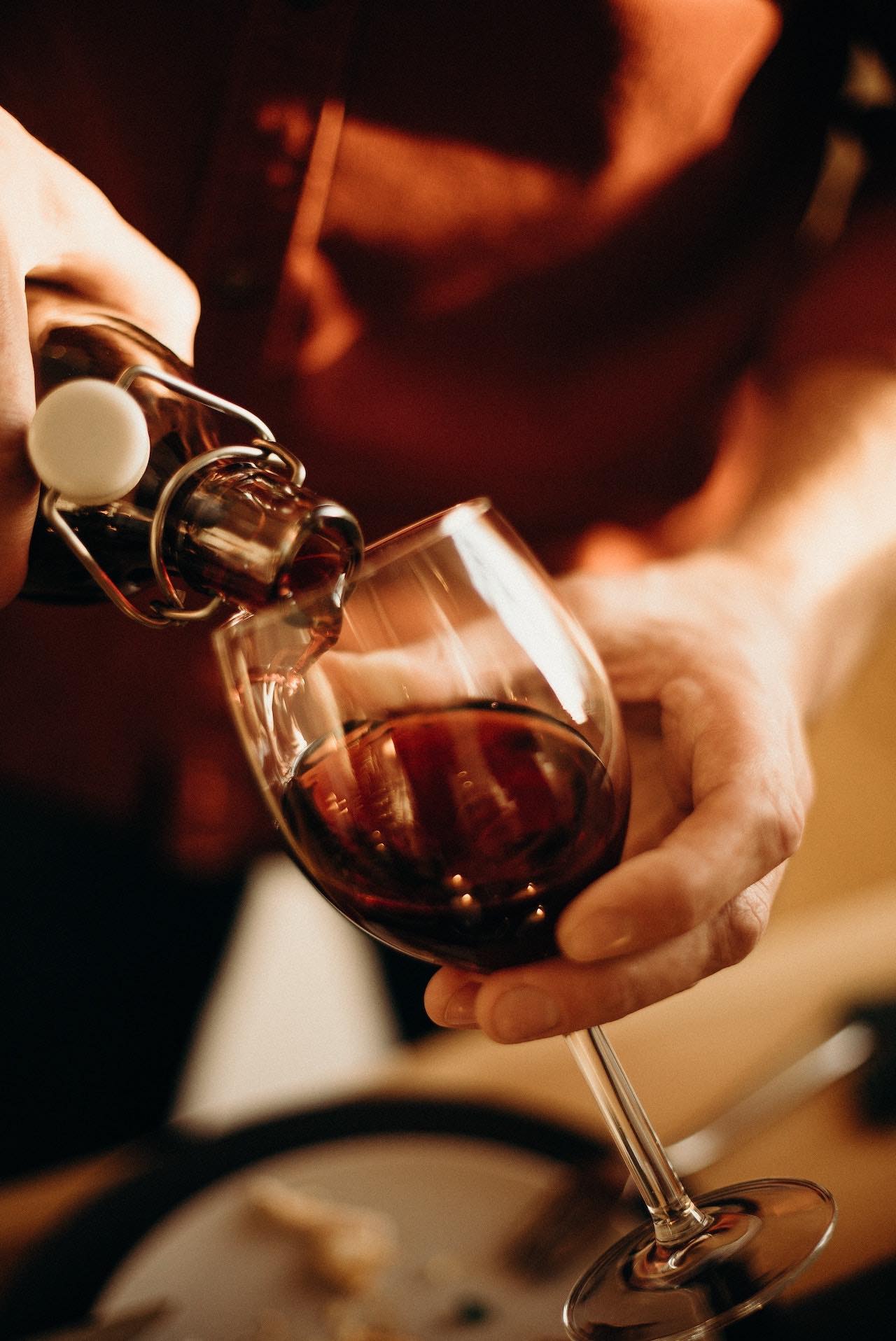 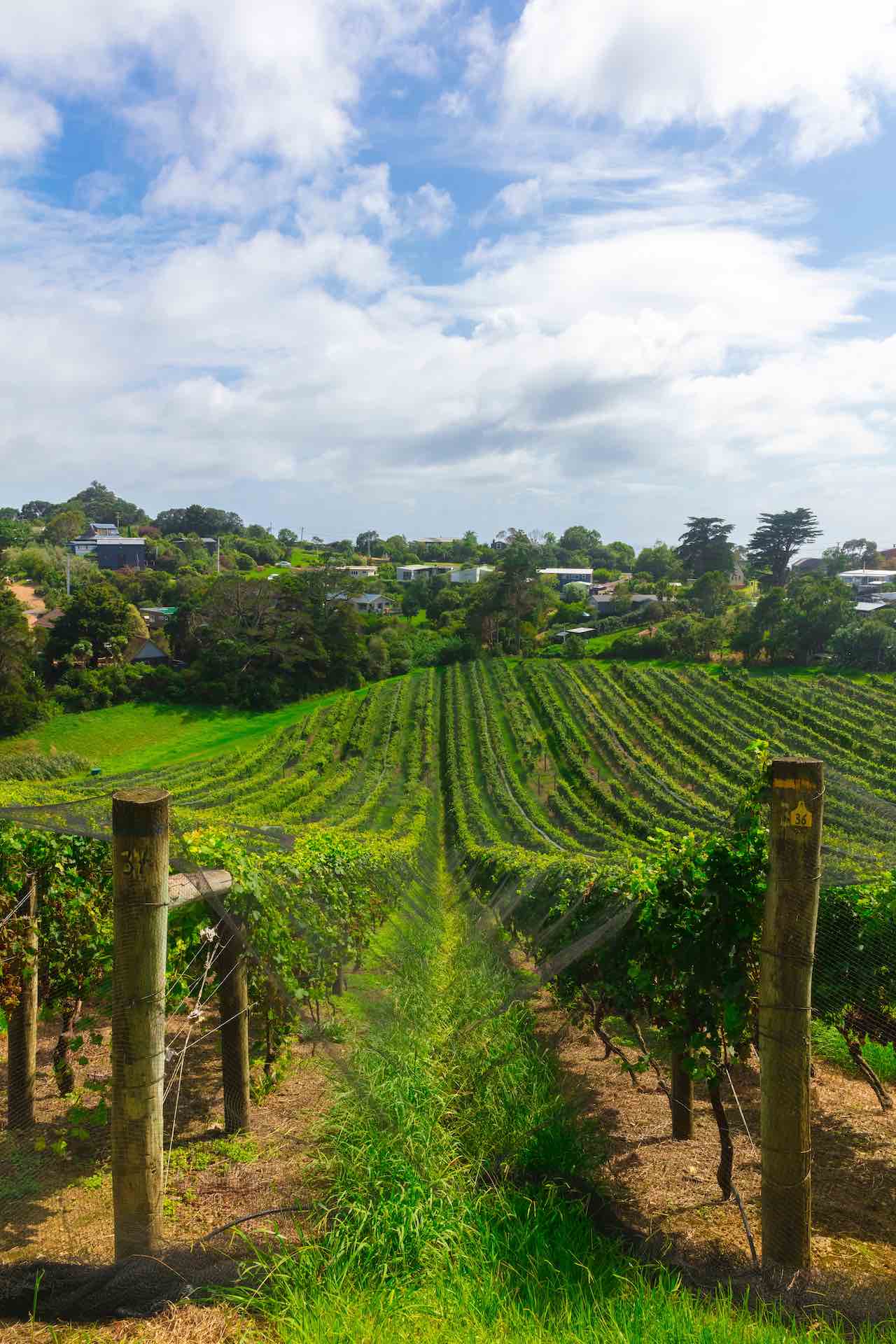 Used as a filming location for New Zealand’s version of The Bachelor, Stoneridge Estate oozes romance on a tranquil vineyard just 15 minutes from central Queenstown. The Stoneridge Lodge boasts 12 acres of gardens and vines, resting on the edge of Lake Hayes and backed by mountains, an unbeatable location for enjoying premium local wines such as Central Otago pinot noir. Though the main lodge is a grand choice with its stone and timber design to complement the natural landscape, for added privacy, book the Honeymoon Cottage. Shared facilities include an outdoor terrace, infinity pool and hot tub, as well as a gym and sauna adjacent to the open-plan living and dining area. 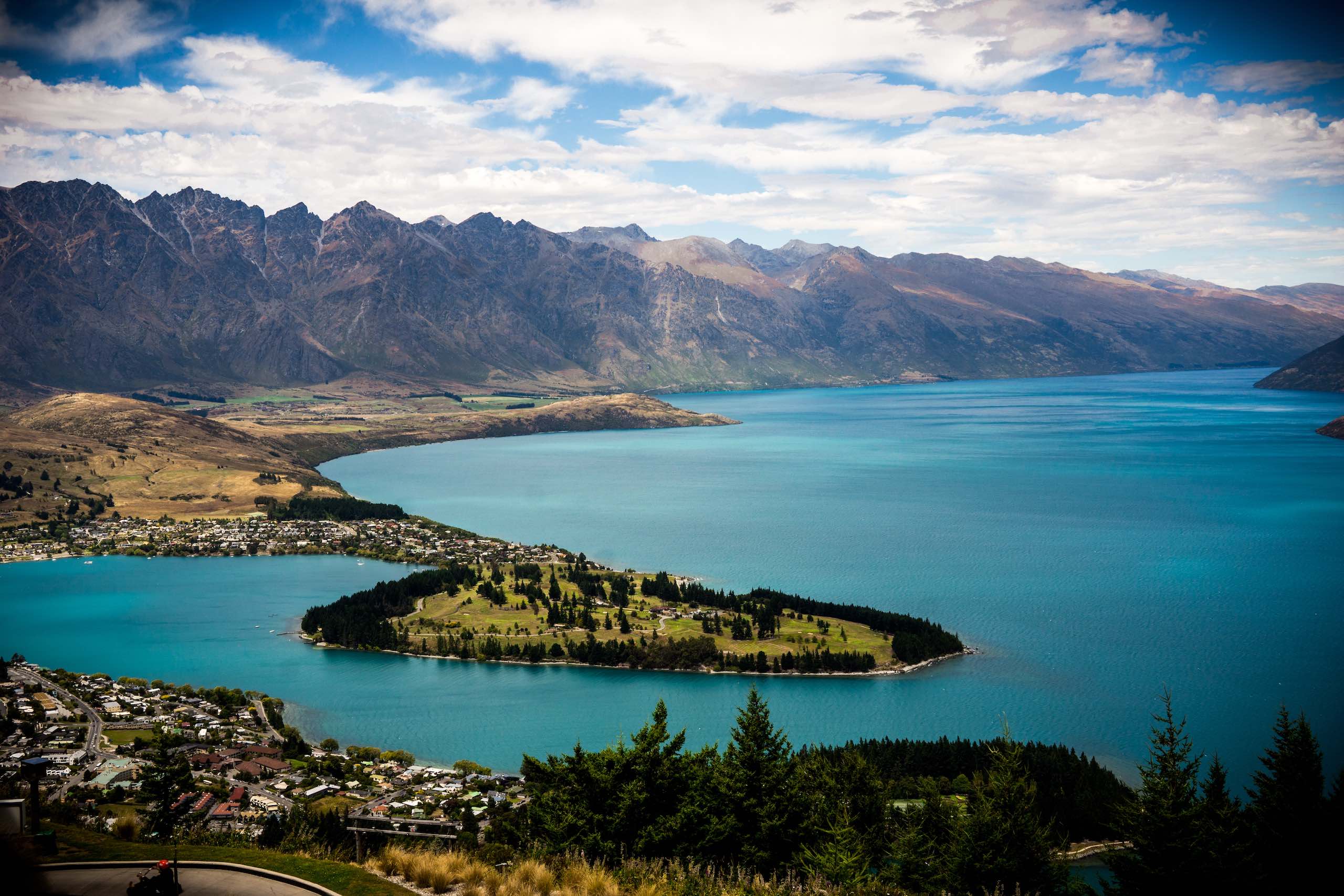 Besides touring the surrounding vineyards, daily activities include cruising on Marlborough Sound or taking a helicopter flight over the region

The Marlborough is our first choice of heritage Marlborough wineries within the South Island’s foodie province, set on a 16-acre country estate complete with a working vineyard in central Marlborough. The luxury hotel itself lies within a unique 1901 building, hosting guests across 10 modern suites with views over parkland. The hotel’s Chapel bar and outdoor fireplace encourage guests to mingle over a glass of Marlborough sauvignon blanc ahead of dinner at on-site restaurant Harvest which has recently been extended to connect with the gardens. Already awarded a ‘Hat’ in the NZ Cuisine Awards, Harvest has risen fast to fame, due in no small part to chef Toby Stuart’s focus on sustainable produce. Besides touring the surrounding vineyards with the estate manager to gain more insight on small production wines (and tasting them, of course), daily activities include cruising on Marlborough Sound or taking a helicopter flight over the region. 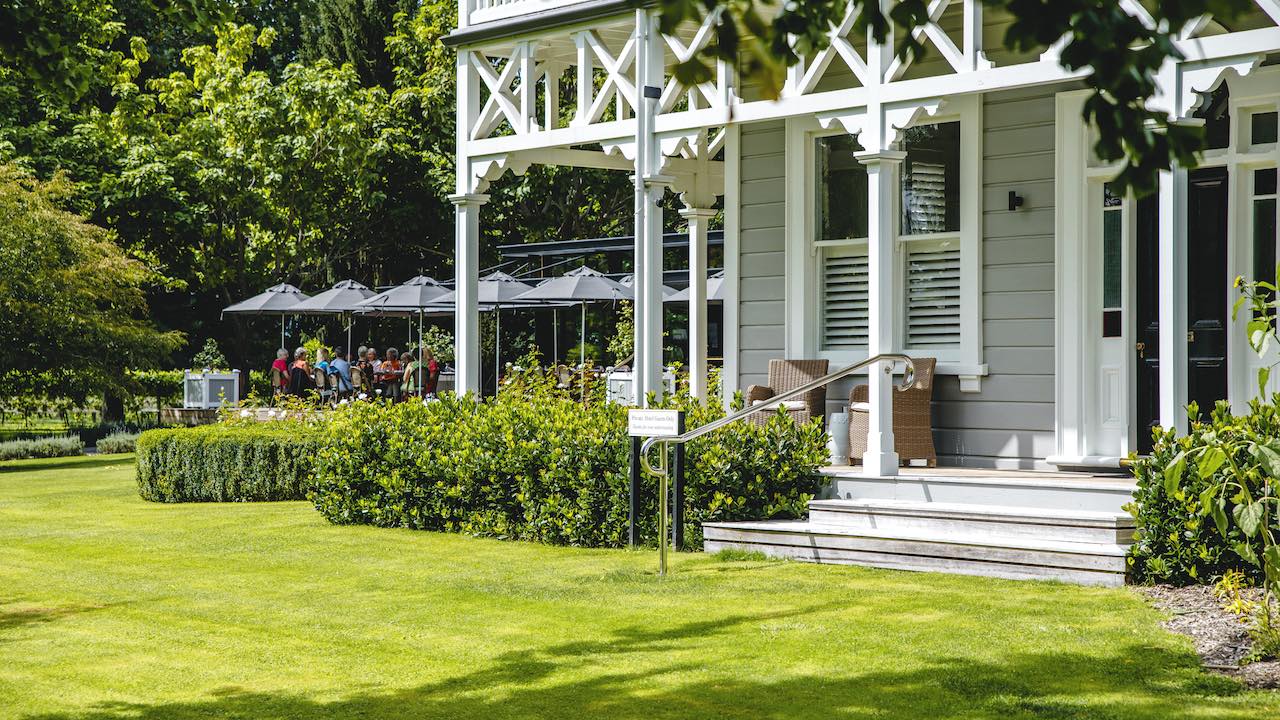 Over on the North Island’s Hawke’s Bay, the spacious beauty of Millar Road is well equipped for group retreats across its villas and main house. Interior design and artwork from local creators allow Millar Road to showcase the best of New Zealand’s art scene, while also standing out on the Haumoana hills overlooking the Pacific. Guests staying at Millar Road can do their bit for sustainability by opting only for Supernatural Wine Co.’s organic natural wines grown on the 21-acre grounds, or otherwise exploring the local food scene of Hawke’s Bay, less than 20 minutes by car from three towns – Napier, Hastings and Havelock North – where farmers’ markets, top restaurants and cafés await in number. 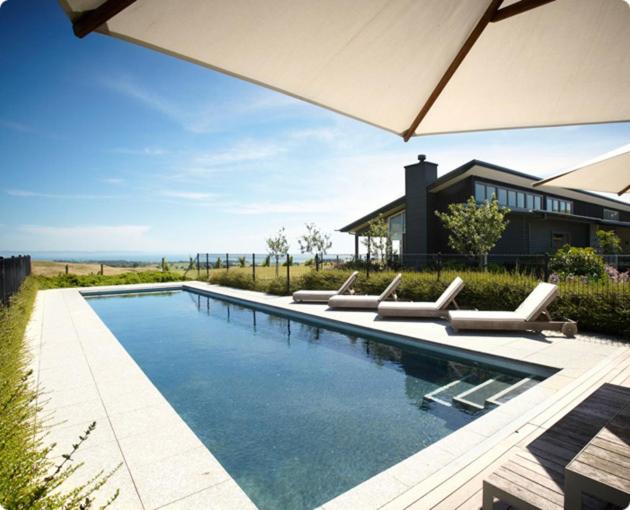 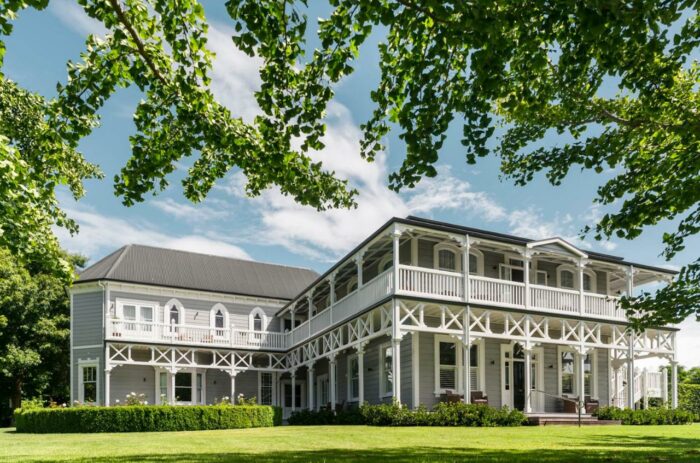 The Marlborough is located in Blenheim, in the heart of the famous Marlborough wine region and is nestled within 16 acres of secluded park lands, and provides the opportunity for guests to explore New Zealand’s gourmet province. 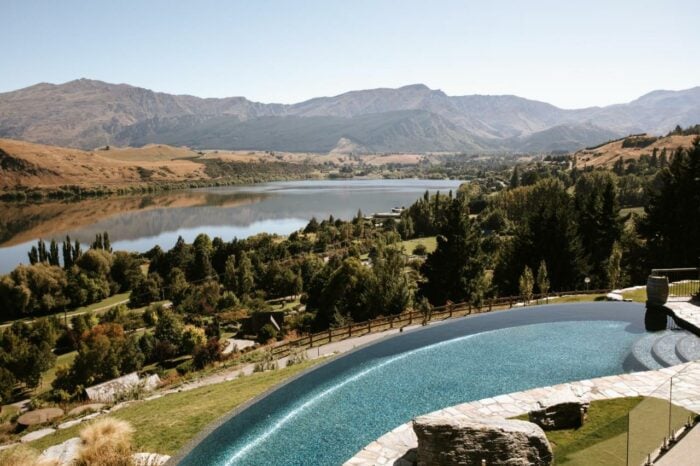 Stoneridge Estate offers 5 star luxury bed and breakfast accommodation and fine dining in a tranquil setting, 15 minutes’ drive from the heart of Queenstown. You can experience breathtaking lake and mountain views from every room. 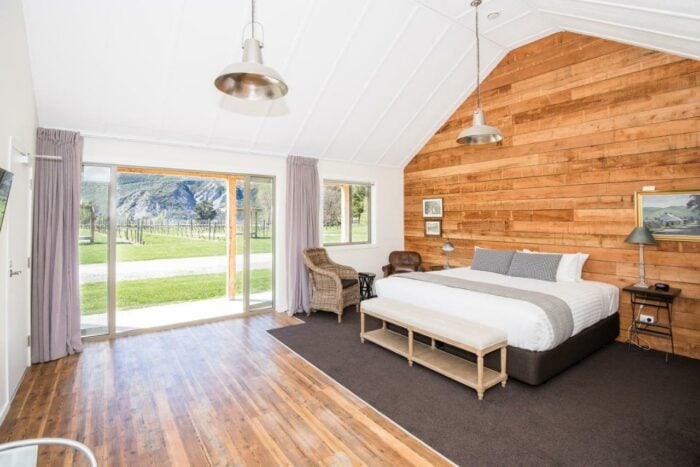 Kinross Boutique Vineyard Hotel is located just 25 minutes’ drive from Queenstown and features stunning mountain and vineyard views. Offering a unique stay, the property is within a 15-minute drive from Arrowtown and a 50-minute drive from Wanaka.

Explore more places to stay like this in Auckland

Also among the 50-plus wineries of Hawke’s Bay, the Greenhill Lodge vies for your attention across its unspoiled farmland setting and lavish lodge, on a hilltop just 15 minutes from both Hastings and Havelock North. Mature trees and manicured gardens embellish the estate, making the views from the private verandas good enough for royalty (including Great Britain’s Queen Mother back in 1958). Marvel at the intricately carved archways and interiors across the lodge, getting lost in the billiard room and former stables-turned-gym, before congregating around the drawing room’s log fire in cooler months. On warmer days, a recreational terrace brings everyone outside for al fresco breakfast. Meanwhile, in the huge dining room, a table d’hote seasonal menu (tailor-made to meet each guest’s preferences) is served every evening. The lodge’s wine list includes all the best vintages as well as lesser-known local producers. 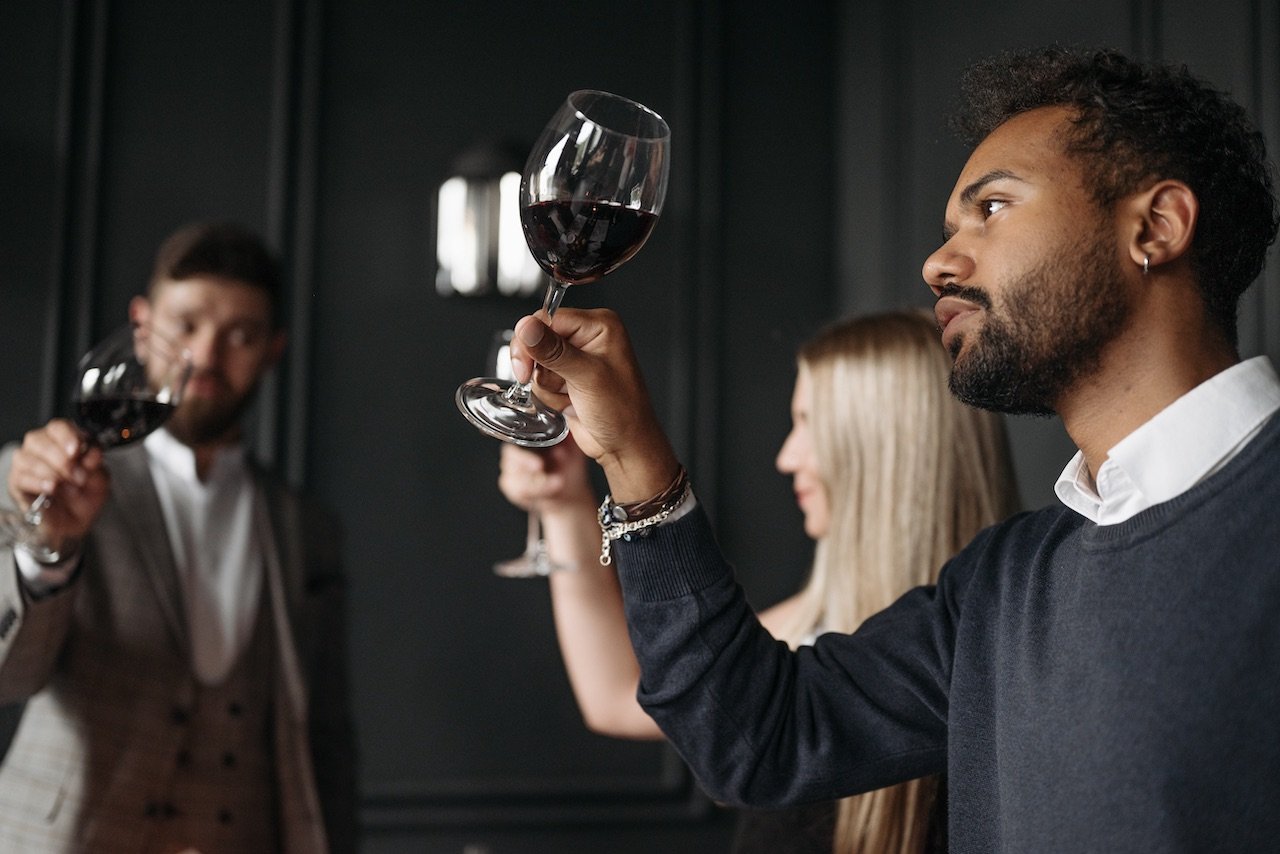 Sharing in the rich joys of New Zealand pinot noir, Gibbston in the western area of Otago is another side to consider. To discover the best of Gibbston, consider a stay at Kinross Boutique Vineyard Hotel, placed halfway between Queenstown and Cromwell. The Kinross Boutique serves as the official cellar for five local wine brands while also providing boutique accommodation throughout 14 studio cottages. Enjoy the privacy of your vineyard home, unwinding in the hot tub or forming teams for a game of petanque. The urban delights of Queenstown lie just 25 minutes away, but wining and dining at the hotel bistro is a must, before or after a complimentary wine tasting hosted by a professional wine advisor.

If you happen to be searching for wine off Auckland’s coastline, Waiheke Island has what you need. Protected from Pacific winds in a North Island embrace, Waiheke Island has a glorious climate, perfect for cultivating wine and an artistic community. Te Whau Lodge is a modern hotel with four chalet-style suites, each boasting panoramas over west harbour’s yachts and Auckland City beyond. Catering to no more than eight guests at any time on the 14-acre grounds, Te Whau Lodge hosts a nightly get together for everyone to enjoy canapes and local wines sourced from internationally acclaimed Waiheke vineyards nearby. In the morning, after taking in all the magnificent views from the deck over a four-course gourmet breakfast, guests can then take a short drive to Waiheke Golf Course or tour any attractive Waiheke winery. 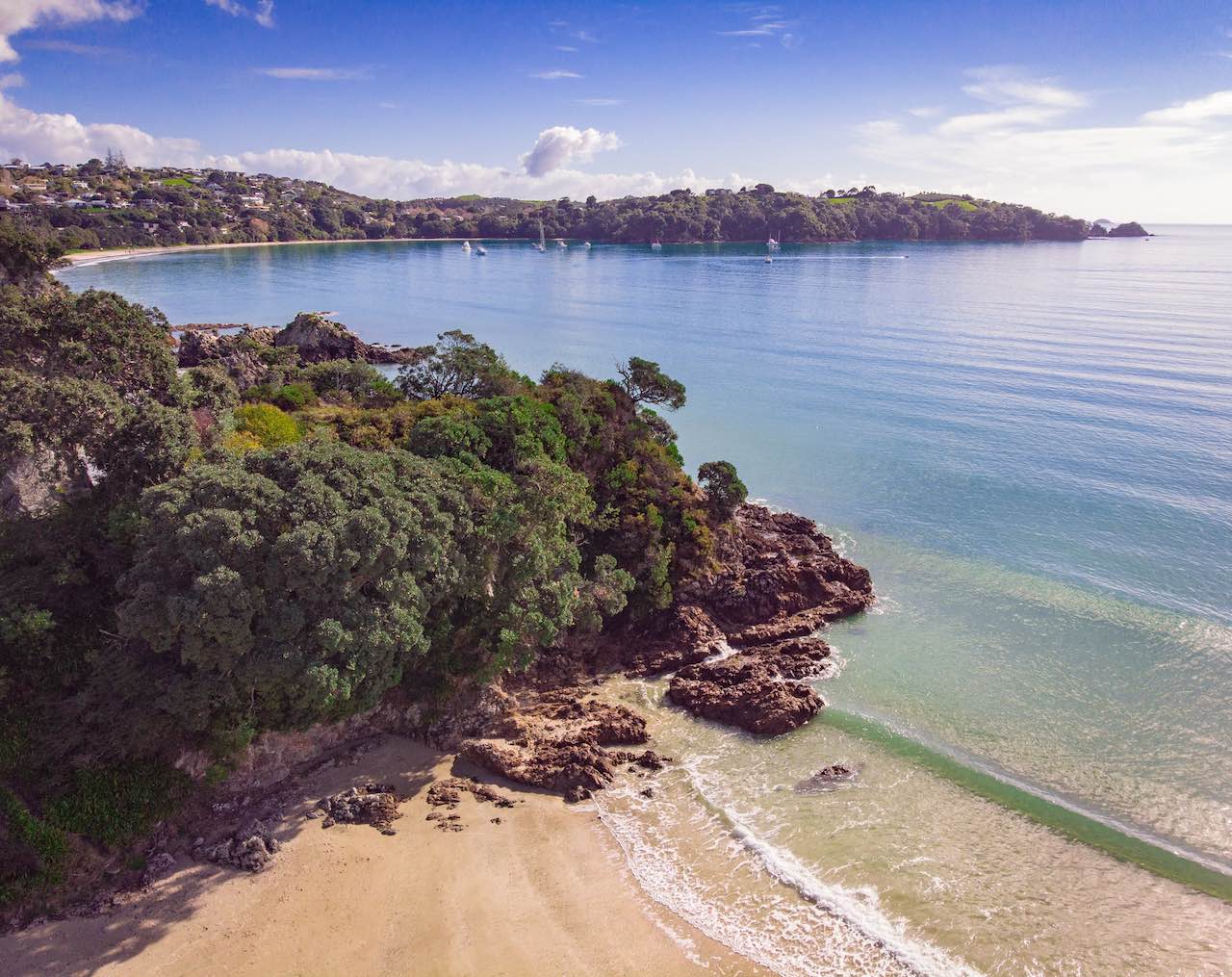 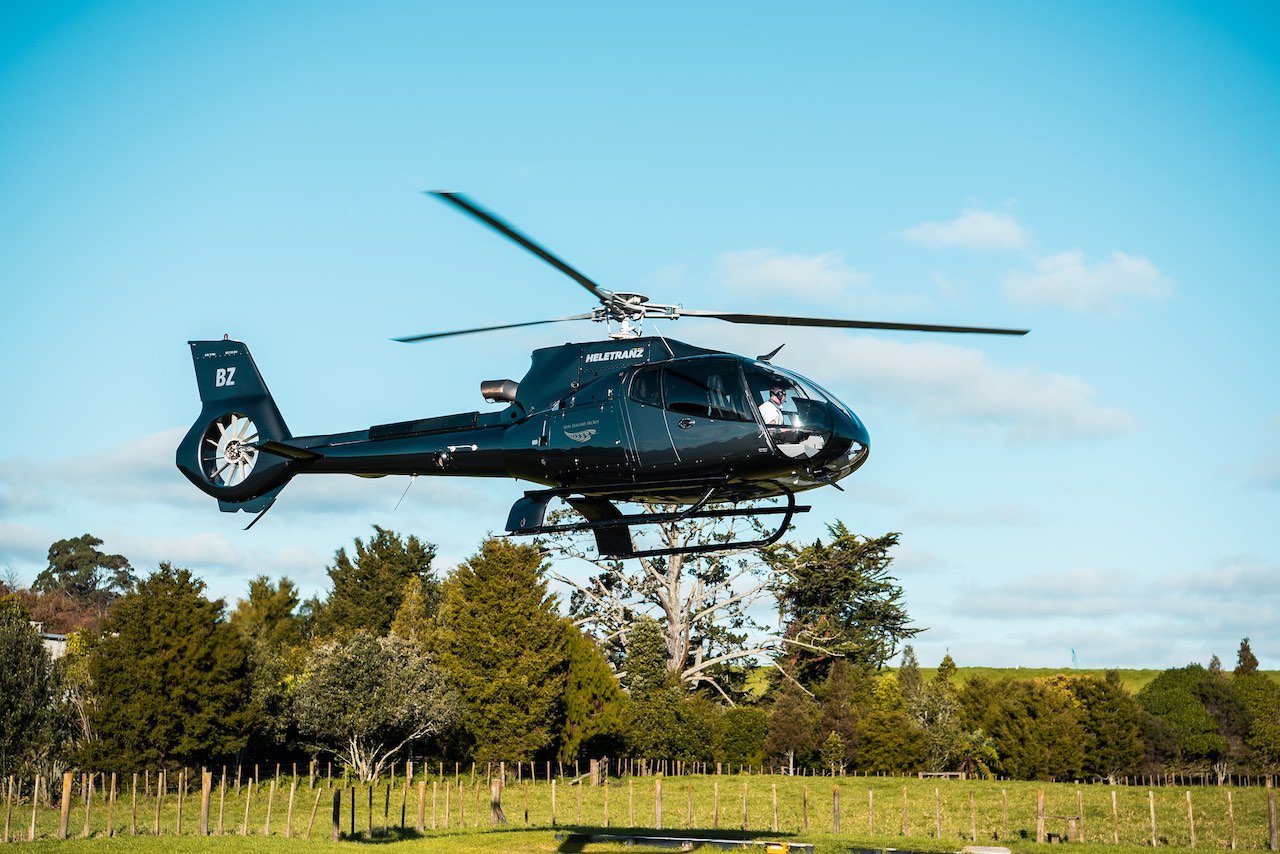 Drawing us back to the heritage wine region of Marlborough for one last sleep is Hotel d’Urville, set in the heart of Blenheim for those who want access to town action. All of the 11 rooms at Hotel d’Urville are uniquely styled – from colonial to vintage to retro – and the building itself is a 1920s Art Deco classic. Charmed on check-in, guests at the Hotel d’Urville can go on to be wowed further at Mollies Restaurant, the hotel’s award-winning eatery adjacent to the Bamboo Tiger Jazz and Cocktail Bar. In summer, guests can dine outside but winter comes all the cosier with candlelit dinners and fireplace drinks. Hopping the gap between the South and North Islands, on a day trip from Blenheim, explorers can also discover another of New Zealand’s best; the Martinborough wine region. 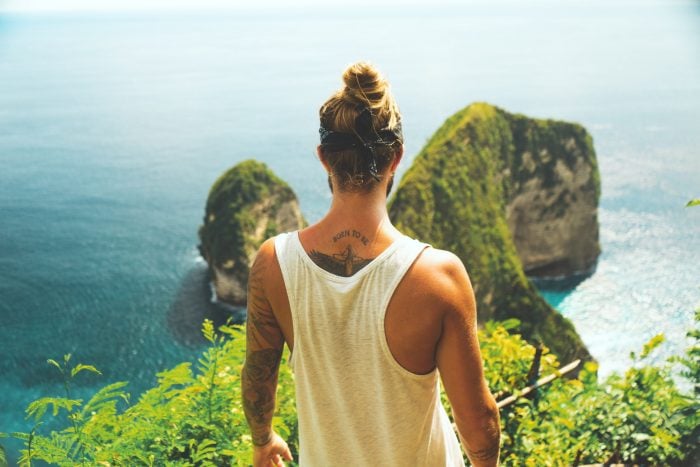 The ultimate Bali itinerary - how to plan your dream Bali vacation 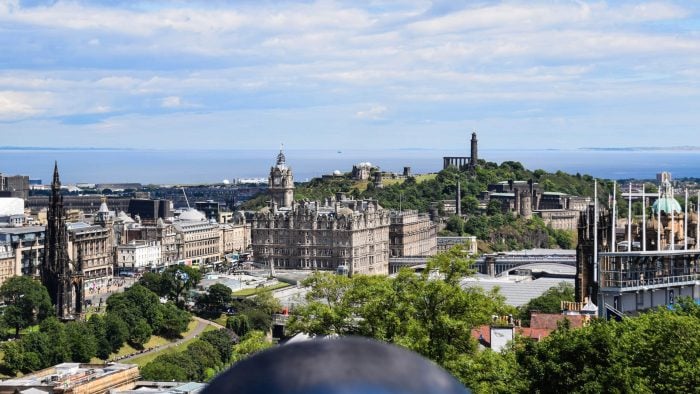 Visitors have no end of opportunities to enjoy Edinburgh’s amazing pub scene, bustling bistros and specialist delis, as well as a vibrant gay scene centred on a place known as ‘the Pink Triangle’. 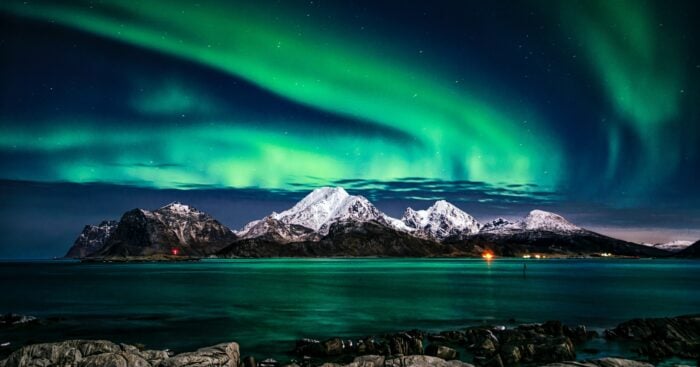 Aurora Borealis is one of the harder phenomenon to catch sight of. Venturing to cold climes in the globe’s northern regions to boost our luck. Here’s our list of the 10 best destinations to see the Northern Lights with advice on where to stay.