A rich nation in every sense of the word, renowned for luxury watches as well as luscious chocolates, Switzerland offers its visitors full sensory immersion. Enjoy the creative hubbub and storybook aesthetic of its capital or rise to quaint alpine villages where first-rate ski resorts thrill just moments from azure lakes and lofty waterfalls that’ll hold you spellbound. With no chance of overplaying the beauty of Switzerland, let us say than one week in Switzerland will leave you wanting more. Regardless, our ultimate 7 day Switzerland itinerary aims to take you around to some of the nation’s most loved natural sights for a number of unforgettable adventures. So, let’s get going.

Set out on an active alpine adventure, hiking and biking your way through stunning landscapes in Germany and Switzerland; ascending the world’s steepest cogwheel railway to Pilatus Kulm; and goat-trekking through mountainous Andermatt, with opportunities to ride a toboggan and relax at a natural thermal spring. 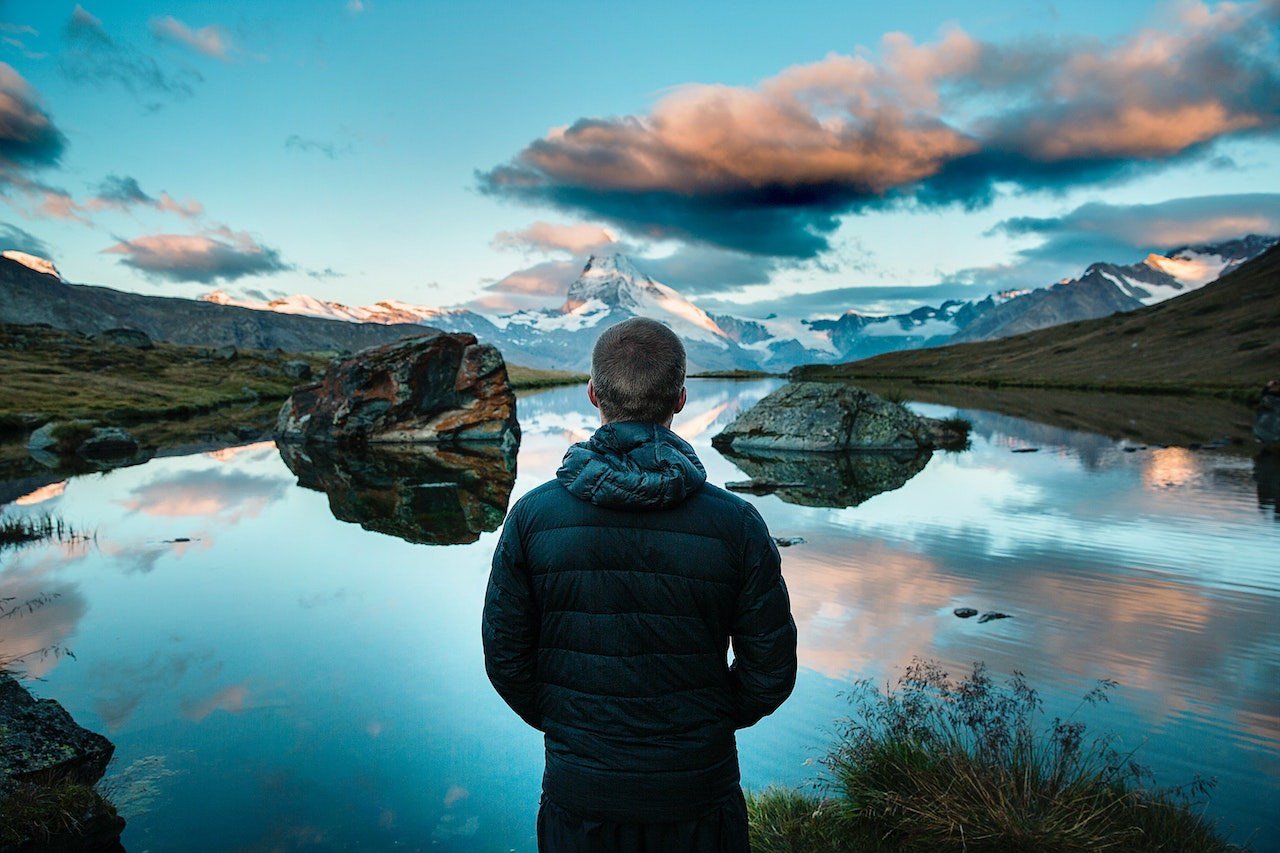 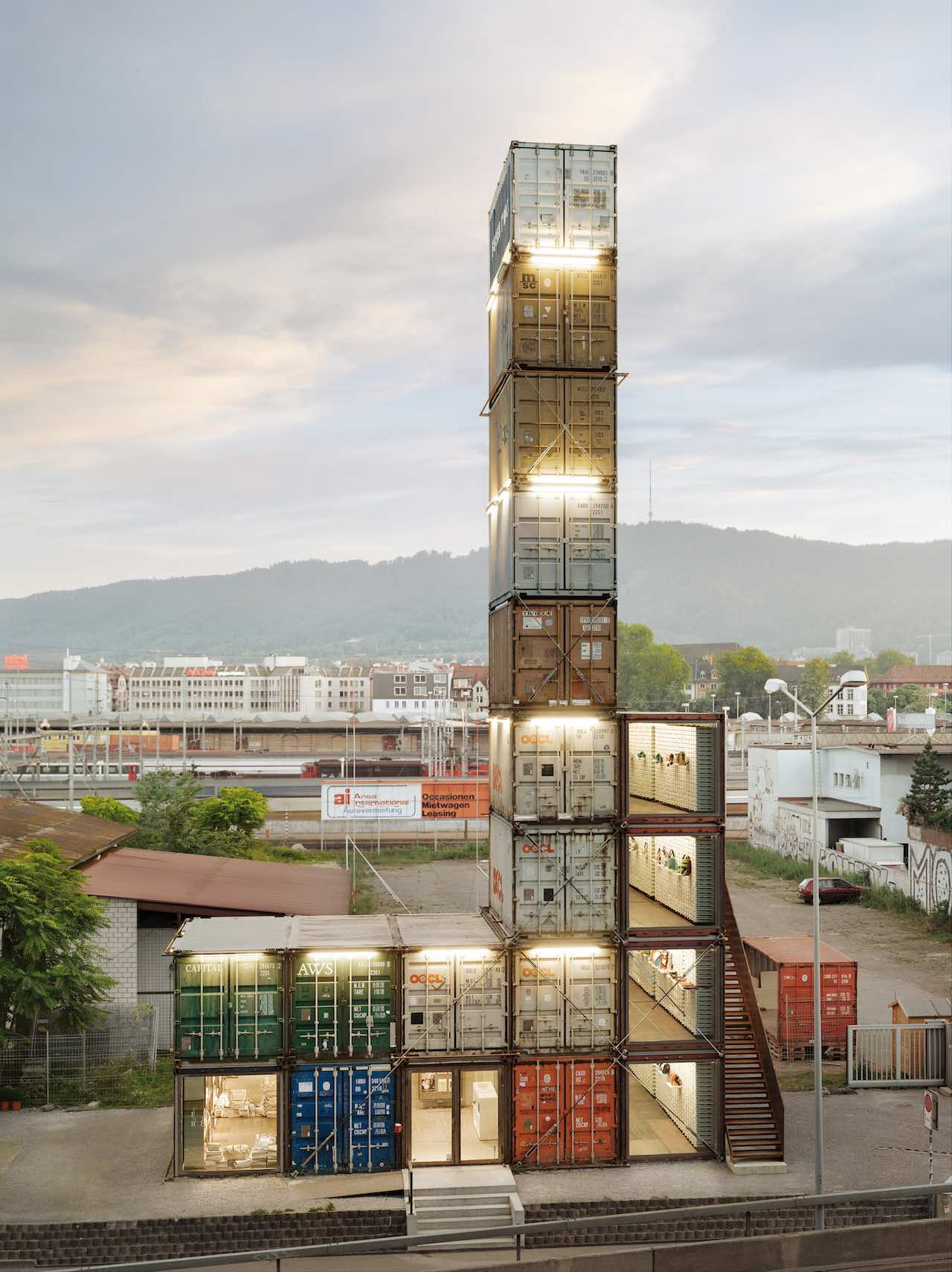 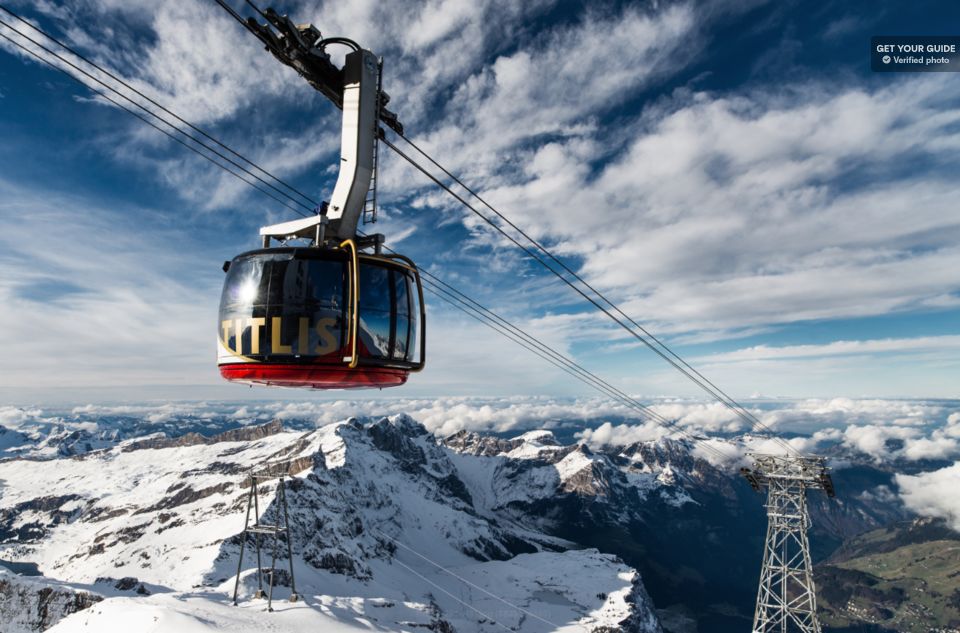 There’s no wrong time to begin your one week in Switzerland itinerary, but visitors wishing to hit the slopes along with everyone else should come during the winter high season which starts in late December and continues into February. In January and February, although the days are cold and short, the snow comes almost guaranteed at higher elevations and the resorts are at their busiest. Skiing in the alps is also possible in the months either side of this, from November all the way to April, but you must plan ahead to avoid disappointment and maintenance on the slopes. Christmas and New Year remain popular travel dates for skiers as well as city trippers who come for the festive markets. If looking for a city break, Zürich remains one of the best cities to visit in Switzerland any time of year!

Spring low season begins in April, with the lowlands and trails around the lakes becoming passable. Mountain paths up to around 2000m are also likely clear to explore. As spring stretches into summer, Switzerland becomes warmer and the hiking paths at higher altitudes begin to emerge from icy hibernation. The second high season of the year occurs in July and August as this is the best time to visit Switzerland for hiking and outdoor adventuring. Take advantage of all outdoor activities (except snow sports), such as hiking, biking, paragliding when the summer sun shines. 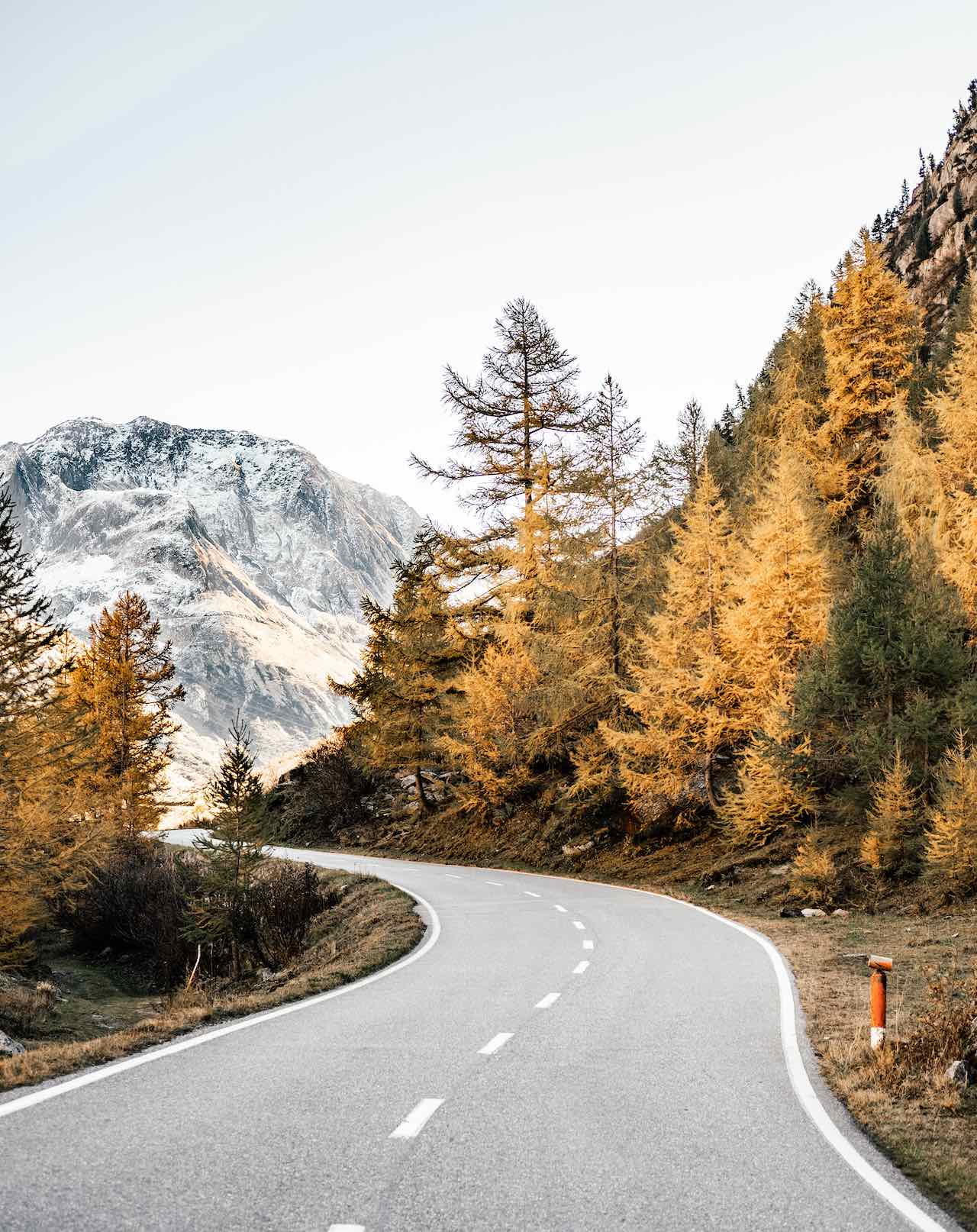 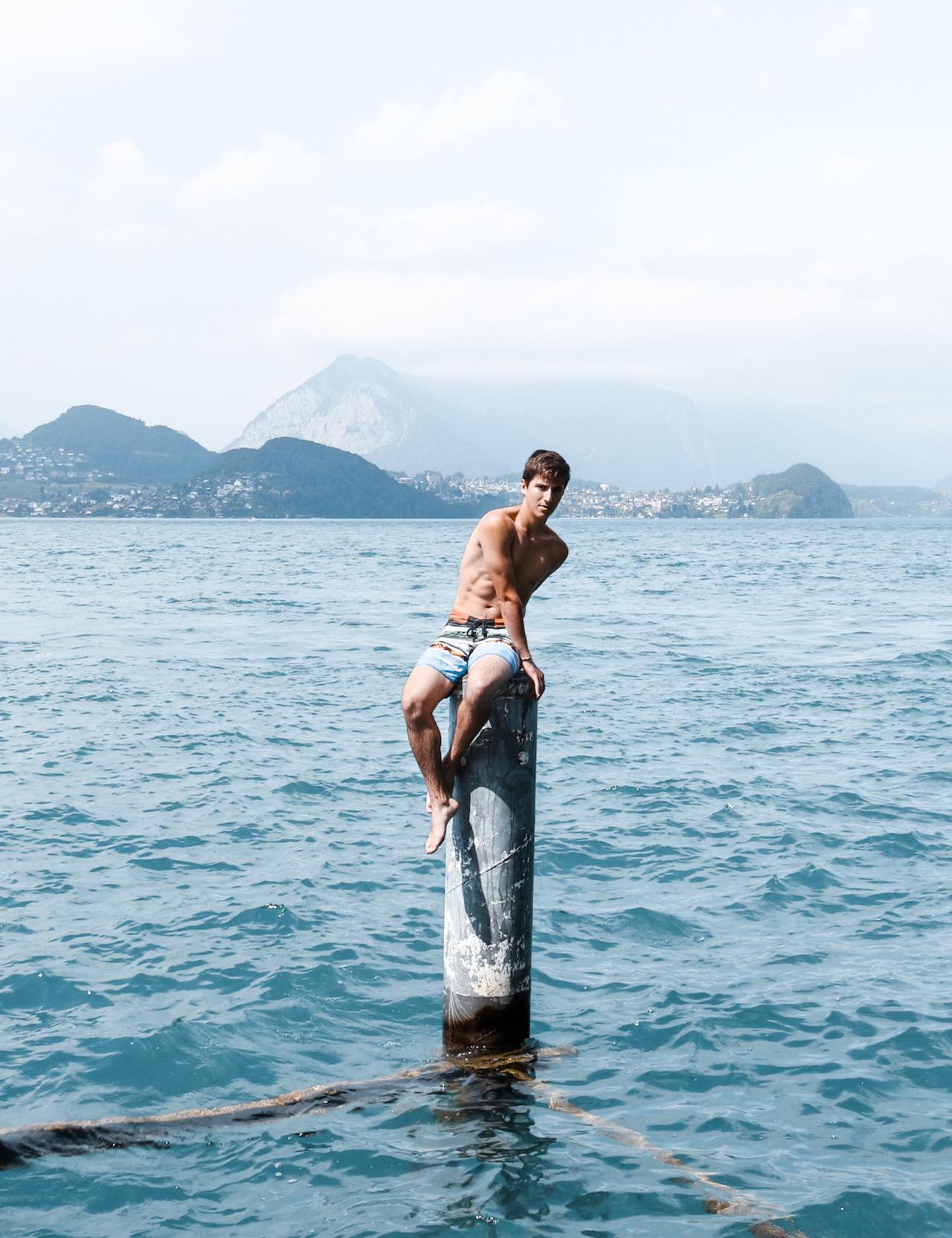 While captivating at any angle, Switzerland’s famed mountain scenery is best viewed by train. Move through landscapes in minutes, bypassing glacial lakes and pine forests with majestic snow-capped peaks as far as the eye can see. Swiss trains are tear-jerkingly beautiful no doubt, but their prices may also make you want to cry. Figuring out the different fare types can be somewhat confusing, but there are two great options to note in order to save yourself some money. The cheapest option is to pick up a Half Fare Card at the start of your trip which allows for discounted individual fare tickets wherever you travel. Alternatively, splurge on the Swiss Travel Pass which allows for almost unlimited travel by rail, road and waterway, for 3, 4, 8 or up to 15 days. 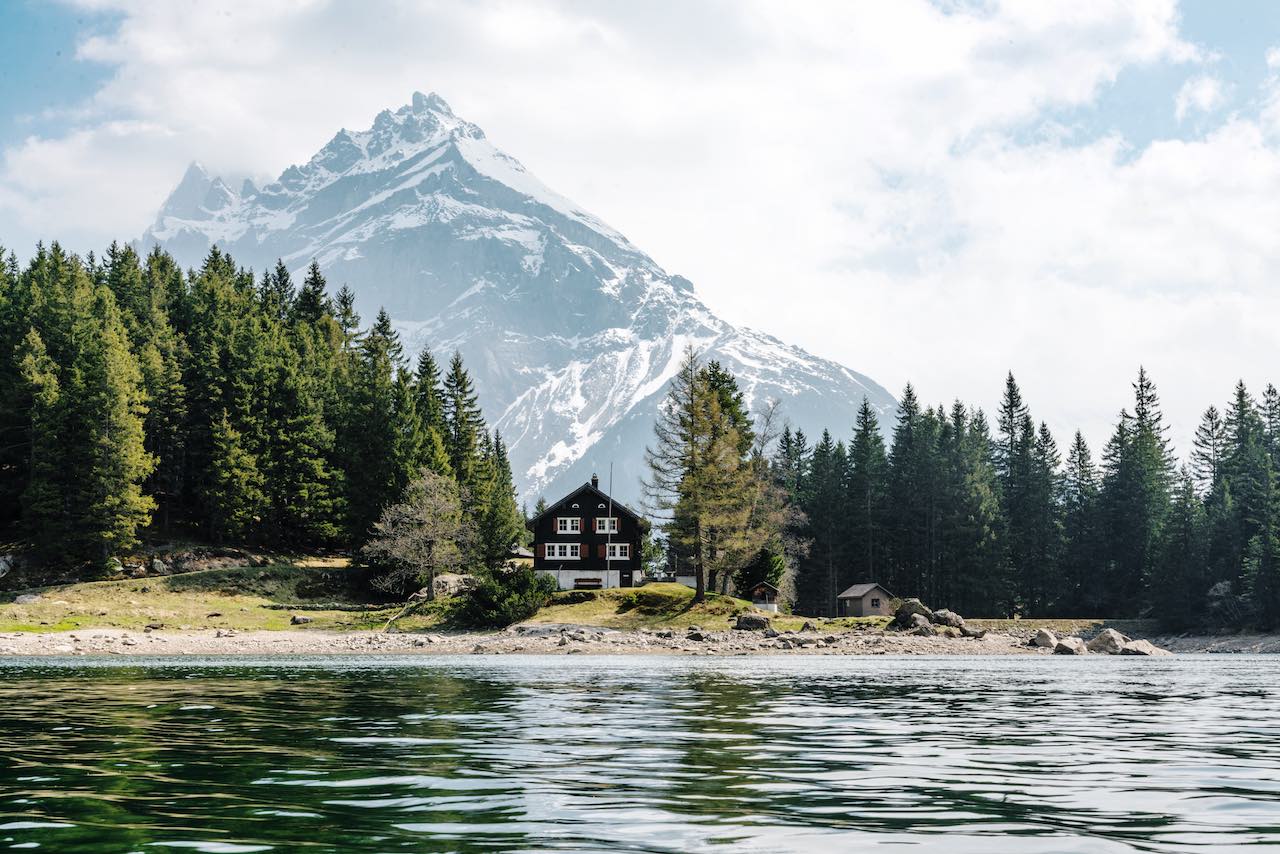 Things to know before you go

With as many as four national languages, knowing how to greet someone while in Switzerland requires a bit of geographical awareness. While hanging out in the west, towards France, a ‘bonjour’ probably won’t go amiss, however down south nearer Italy, you’d be better off with a ‘bion giorno’. In most parts though, locals will speak Swiss German (with less than one percent using Romansh). While many Swiss are bilingual, don’t assume the locals in the French-speaking part will speak German or vice versa.

As well as a dizzying number of languages, the nation has its fair share of lofty peaks which might catch you off guard if making a quick elevation by cable car, train or gondola. Altitude sickness will worsen if under strain, so make sure to wear sunscreen, take frequent rest breaks if lightheaded when hiking and drink plenty of water.

While you’ll certainly be happy winding down in Switzerland’s smaller towns, don’t leave it until too late to stock up on Weissbier because you might find yourself heading home empty-handed. As well as closing for lunch, many grocery stores close fairly early at around 5 pm, with Sundays and Mondays being common rest days. When you do make a grocery trip, don’t bother lugging back expensive bottled water because Swiss tap water is among the world’s cleanest. You’ll also be surprised to find a number of free-flowing water fountains dotted around for your hydration needs, along hiking trails and in every town.

Although Switzerland is not a member of the EU, you may be able to come and go through Europe visa-free under the Schengen Agreement. And while some tourist destinations will accept euros, the preferred currency is the Swiss Franc.

Deciding what to see in Switzerland in 7 days is no easy feat, and some places will surely be out of reach. Allow us the role as your Switzerland trip planner, however, and we’ll promise you a small taste of everything!

Day one on our Switzerland itinerary sees us arriving in Zürich, our key connection to the rest of the country. While Zürich itself is a juicy one, we won’t linger just yet and instead, we’ll head straight to Lucerne, a picture-perfect town just 45 minutes away by train. Snap pastel buildings hugged by the clear-as-crystal Reuss River and, among it all, the quaintest cafés and historic architecture, such as Kapellbrücke (Chapel Bridge) and Wasserturm (Water Tower). Stay the night in the town to fully experience the local markets and nearby Lake Lucerne. 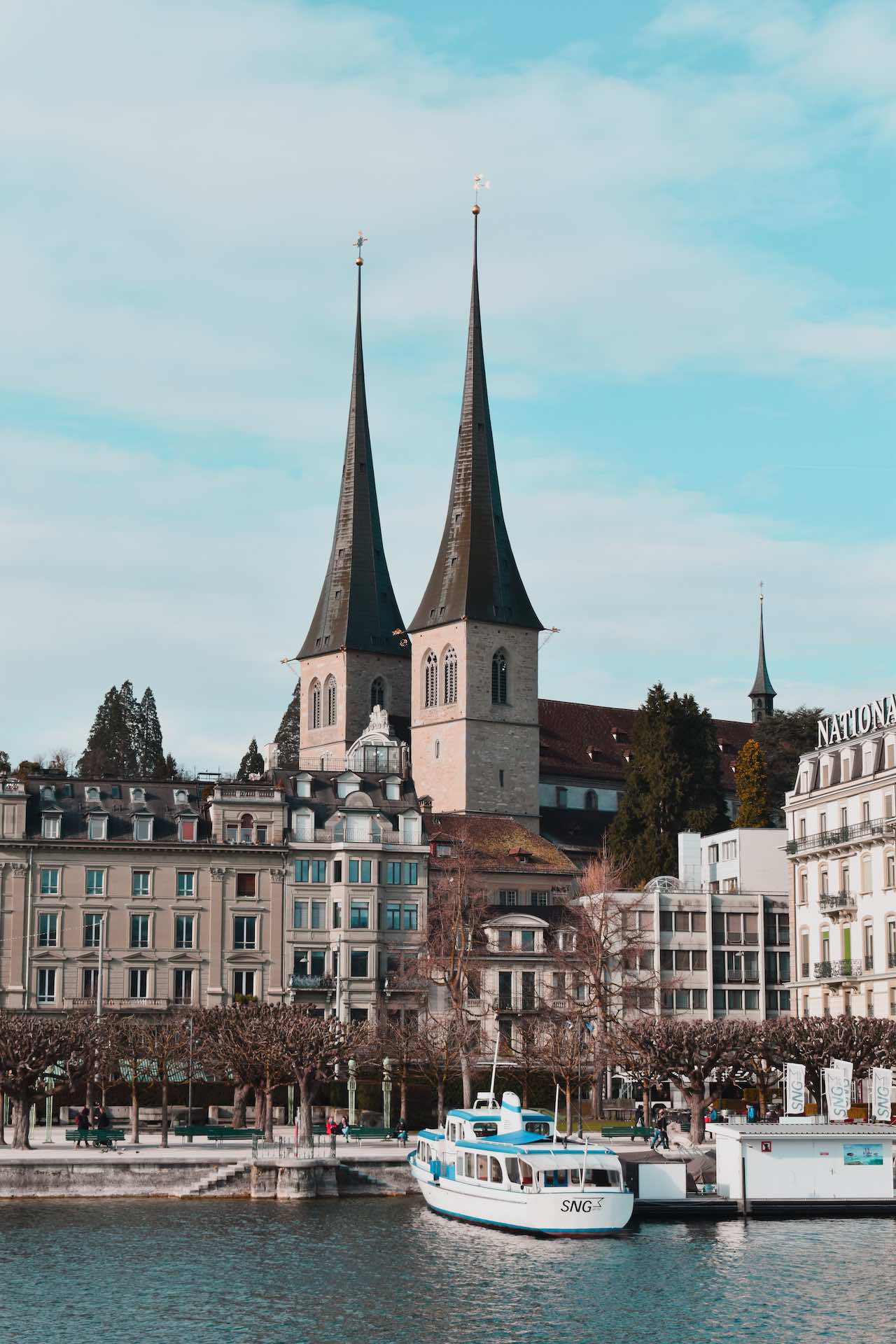 Day 2 and 3 – Lauterbrunnen and Grindelwald via Interlaken

After a leisurely first day, day two picks up the pace with an early morning transfer to Interlaken, the so-called ‘Adrenalin Capital’ of Switzerland which serves as the gateway into the Bernese Alps. One hour from Interlaken lies Lauterbrunnen a great basecamp for adventures in the region. With waterfalls and snowy peaks on your doorstep, there are no wrong choices when it comes to deciding what to do. If the skies are blue, ride the highest railway in Europe to Jungfraujoch or, alternatively, hike, bike, kayak or paraglide to your heart’s content among some of the world’s most awe-inspiring natural landscapes. 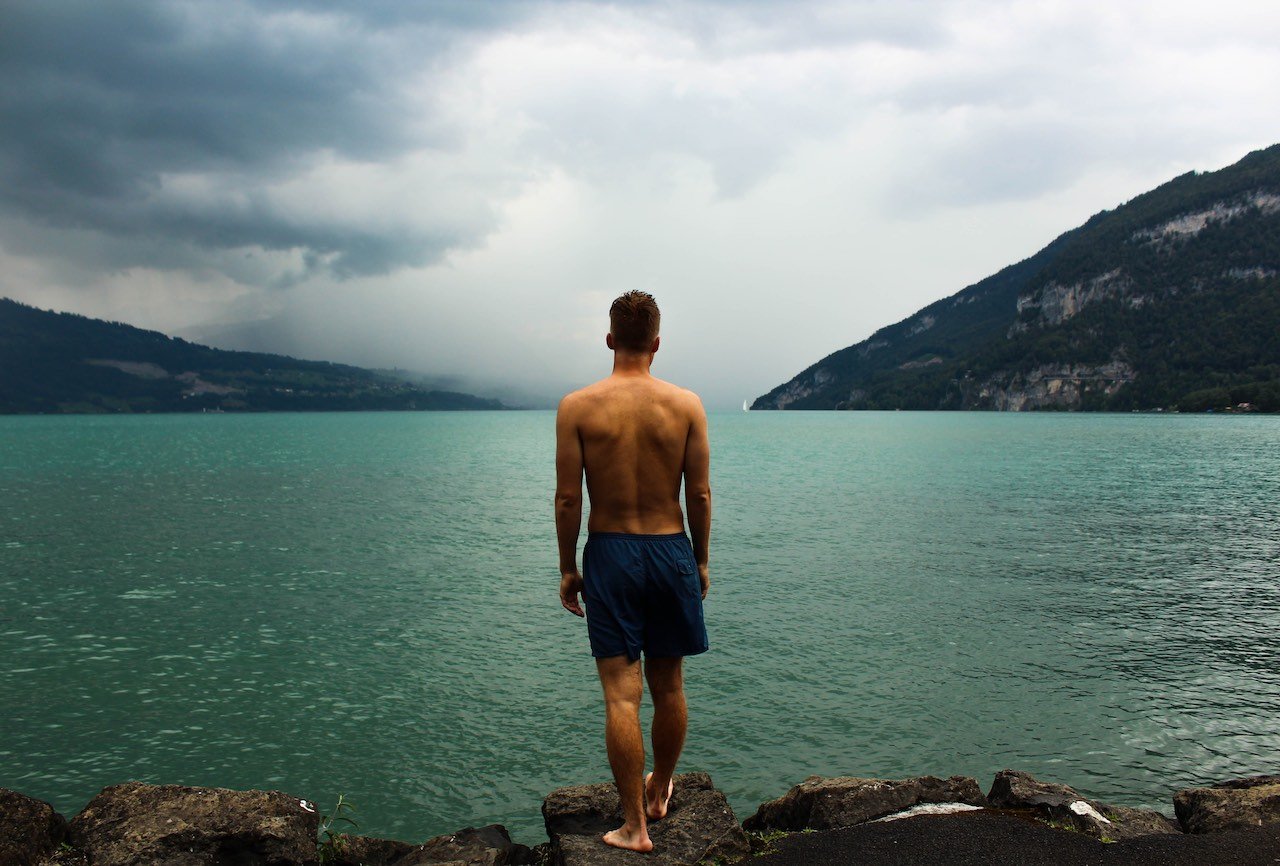 Day 4 and 5 – Grindelwald and Zermatt

To keep on track with our 7 day Switzerland itinerary we make a move to Zermatt, an all-natural ski townhome to the Matterhorn; the world-famous mountain peak pictured on every Toblerone chocolate bar. As well as being especially peaceful thanks to the lack of cars, Zermatt is known to offer some of the best skiing in the world. As well as ripping up the slopes, other activities include taking the cogwheel train up to Gornergrat for unrivalled views of the Matterhorn, or, back in town, spare an hour for the Zermatt village walk to be rewarded with awesome aerial views of the town below. Cheese fondue is a favoured food while in the region but those with a sweet tooth should follow me to Laderache where some of the world’s finest chocolate awaits. 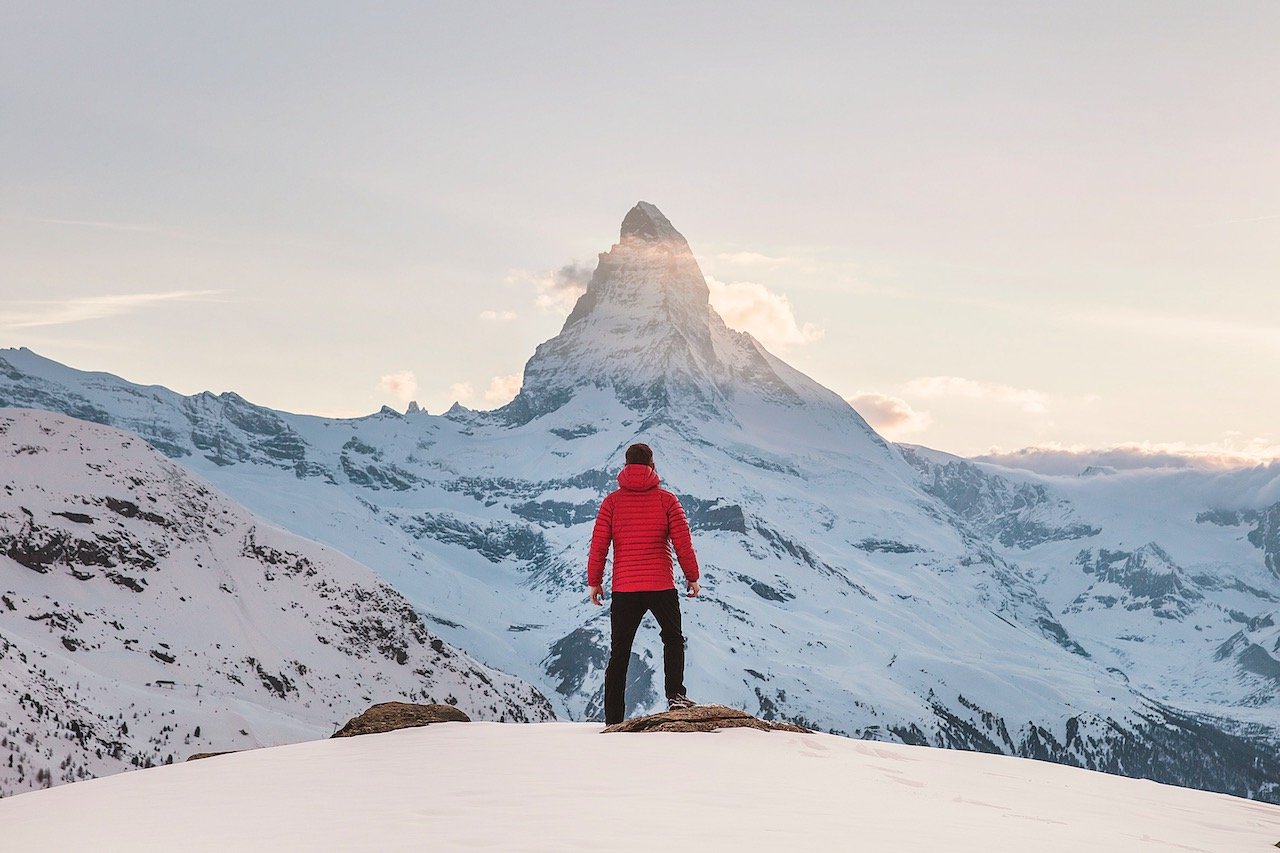 We travel from Zermatt to St. Moritz in the most elegant way possible, aboard the Glacier Express. Taking travellers on a panoramic journey through some on Switzerland’s most stunning terrain, this is the train journey of a lifetime and an unmissable part of your ultimate Switzerland trip plan. The journey will take one whole day without stopping and lunch is available to buy on board. Special from the other trains, a journey on the Glacier Express requires separate bookings and seat reservations through its own website. The Saver Day Pass allows for unlimited travel for one day (on all trains), sold up to 60 days prior. Limited numbers are available so remember to book well in advance.

After arriving in St. Moritz, we indulge once more in the pristine Swiss countryside, with famed alpine skiing in winter or lake viewing and world-class fine dining throughout the year. If 7 days in Switzerland wasn’t enough, consider extending your stay in St. Moritz to fully appreciate the luxury grandeur of heritage hotels like Kulm. 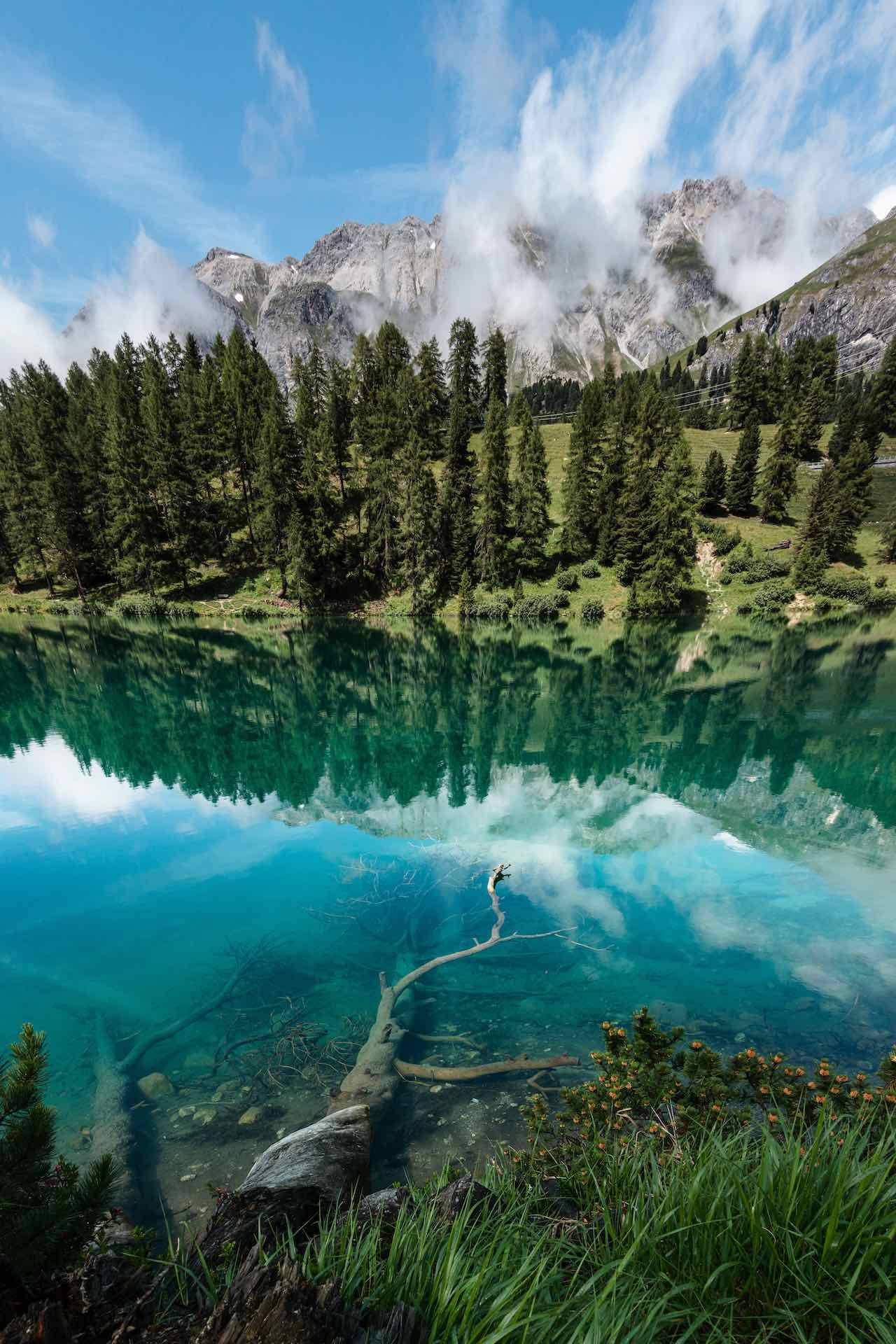 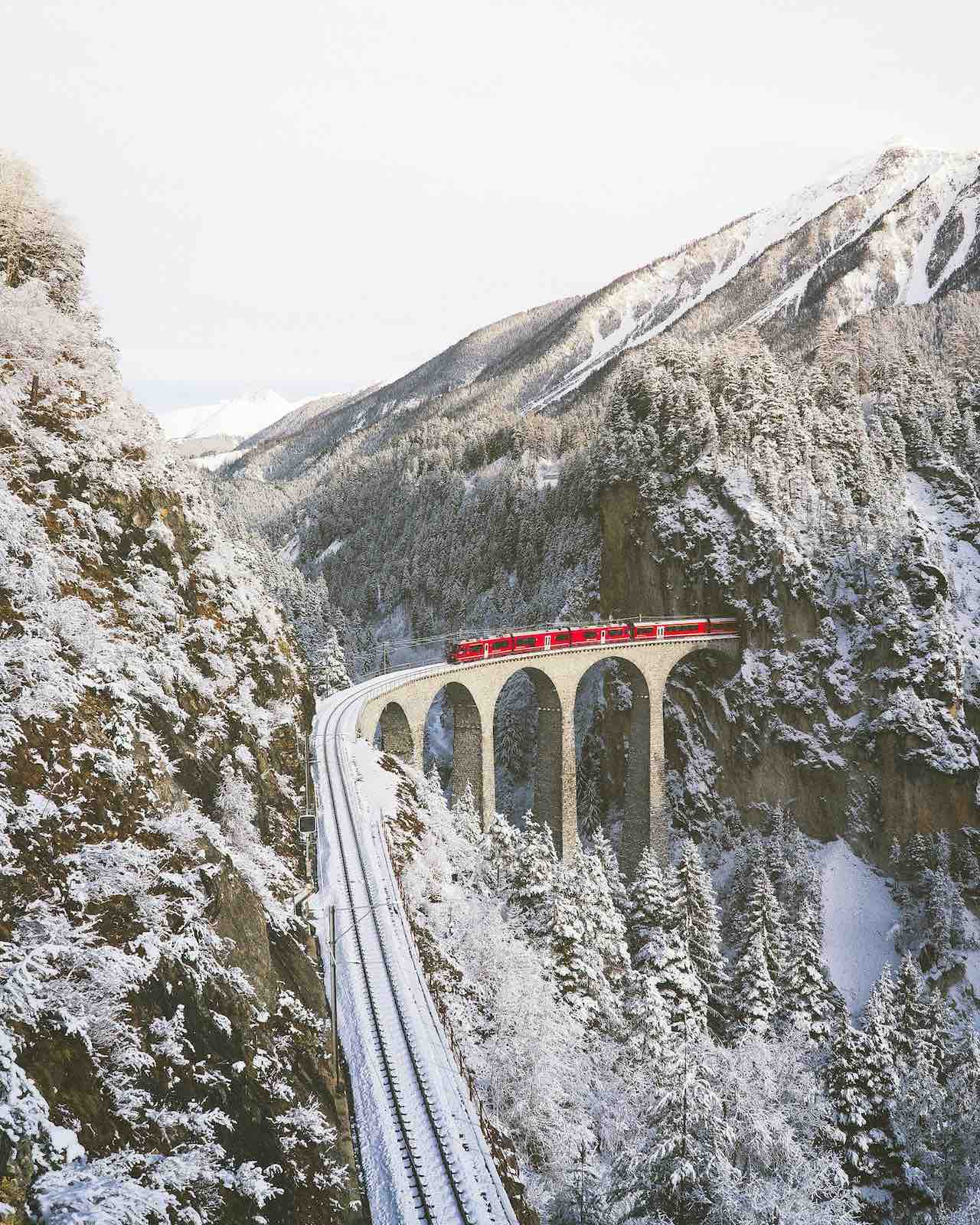 The final leg of your Switzerland vacation will be a 3.5-hour train to return you to the best of all cities in Switzerland – Zürich – allowing you to finally enjoy all its municipal treats. Gay-friendly to the core, Zürich is home to Europe’s oldest gay bar in addition to a world-famous annual pride parade in June and the Pink Apple LGBT film festival throughout spring. For more information on the city’s LGBT culture and unexpectedly edgy art credentials, check out our full Zürich travel guide. 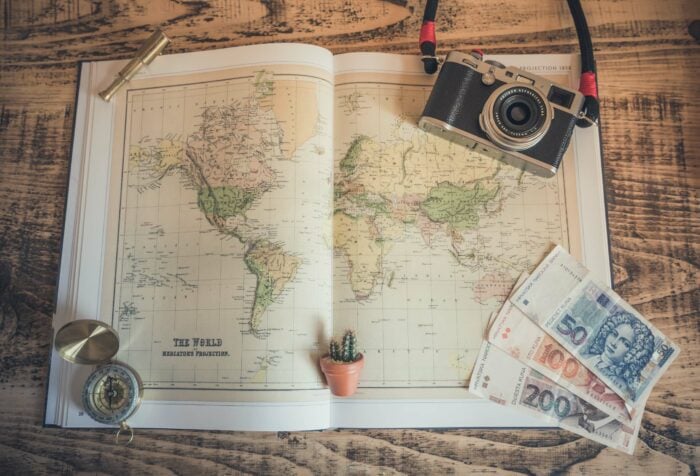 If you tend to be a more spontaneous traveller rather than a meticulous planner, you may be interested in finding out that being the latter is significantly better for your overall mental health. 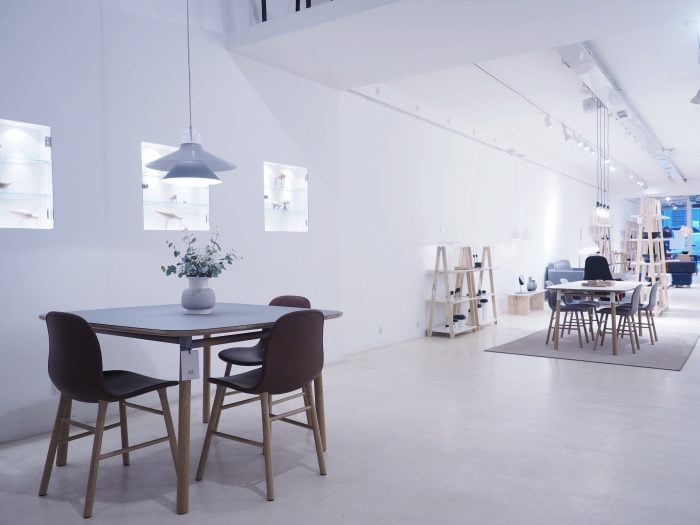 The Copenhagen design scene contains both classic brands that have been influencing tradition for decades, as well as younger brands rethinking and evolving the famous Scandinavian aesthetic. 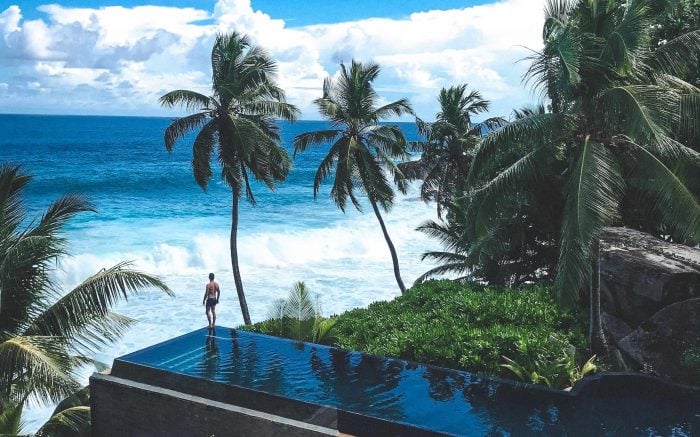 The favourite places of Pierre Schuester

Pierre Schuester is a travel blogger and influencer who lives in Paris, France and travels the world. From hotels to unusual places, he likes to share his tips and experiences on his blog and Instagram account to try and inspire people.