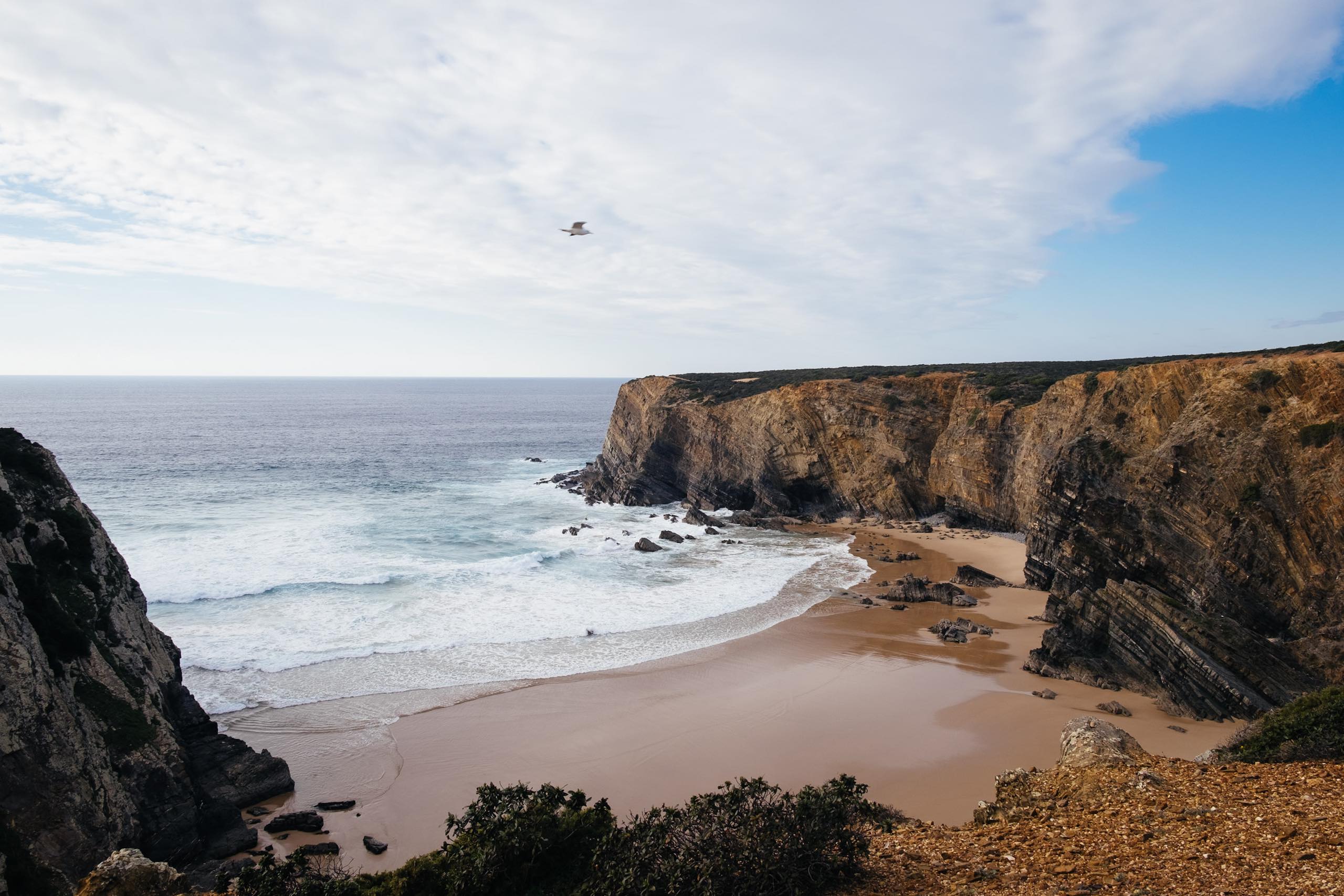 Things to do on the Costa Vicentina, Portugal

Stories > Experiences > Things to do on the Costa Vicentina, Portugal
Kerry Murray

Portugal’s south-west coast between Alentejo and the Algarve, locally known as the Costa Vicentina, is one of the country’s last truly wild stretches of seaside. Known for its rugged cliffs, sleepy fishing villages and countless empty beaches, it is the complete antithesis of the overcrowded southern Algarve coast. Since the mid-20th century Costa Vicentina has been the preferred escape for jaded northern Europeans, seeking a way out of the hamster-wheel of the capitalist lifestyle and terrible weather in exchange for a simpler, more holistic way of living, closer to nature. The attraction of this region is obvious: dramatic coastlines and beautiful beaches, great surfing, sunny days, top quality seafood and friendly locals. It was just a matter of time before the rest of the world recognised this hidden treasure. The hippy souls are still here, and the region hasn´t changed much since, partly due to most of it being a protected natural area but also because the best bits are quite remote, at least a 3-hour drive from any international airports. But this is what keeps the place untouched and authentic, which is, in itself, the main attraction. 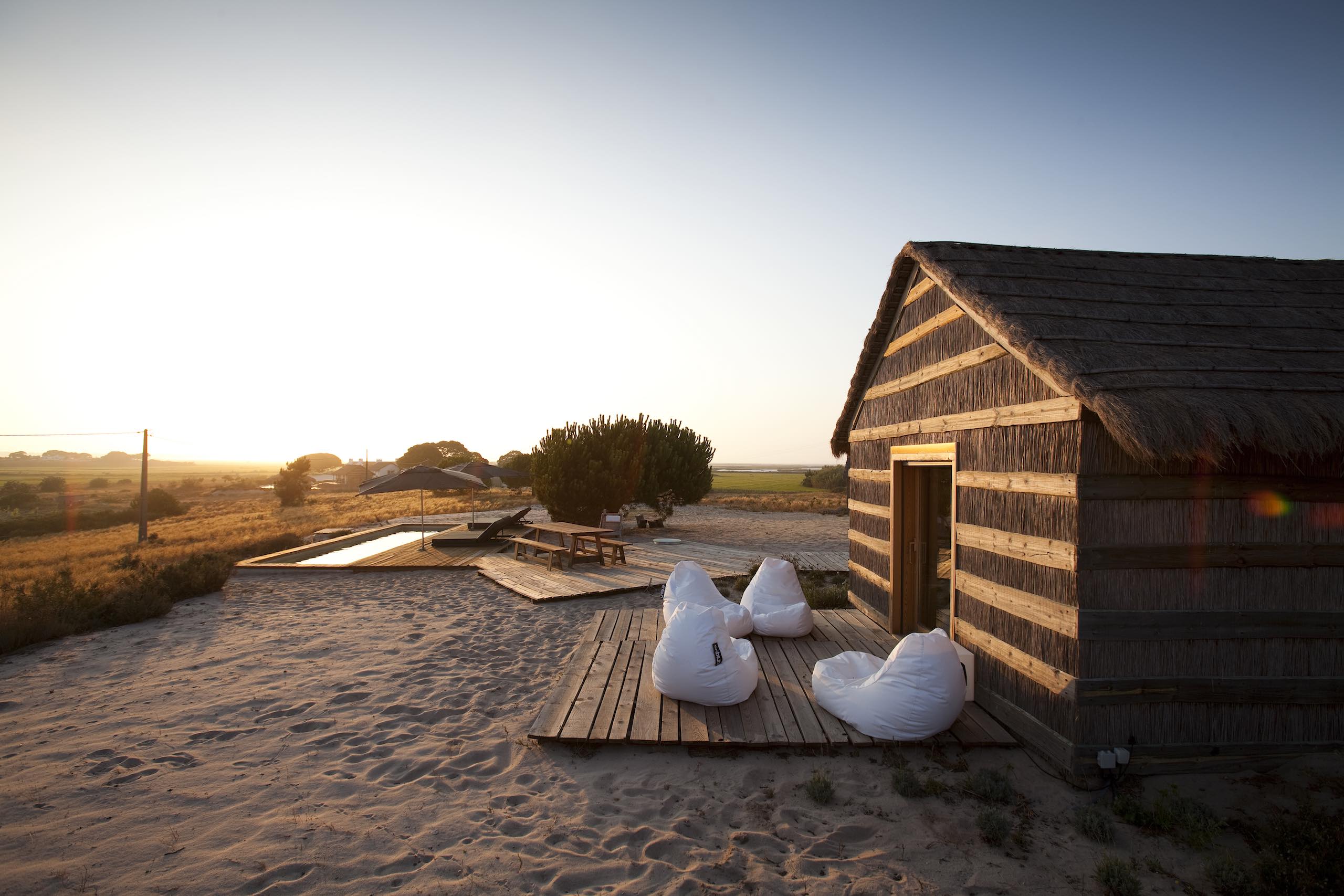 Popular with the Lisbon jet-set crowd, the beach bars are the place to be seen in the summer months,

Things to do in Comporta and Carrasqueira

About an hour’s drive south of Lisbon you reach the port city of Setubal, on the mouth of the Sado River. This is where we started our journey down the coast, and while the first stretch of coastline isn´t technically a part of the natural park, it is beautiful and unique and deserves to be explored. We travelled by ferry across the river to the Troia peninsula (but you can drive around if you don´t fancy the boat trip) and from there headed south to Comporta, an understated beach town with a surprisingly sophisticated reputation. Popular with the Lisbon jet-set crowd, the beach bars are the place to be seen in the summer months, and the surrounding area is dotted with discreet luxury hotels hidden away in pine forests or behind sand dunes, a stone´s throw from the beach.

The Sublime Comporta is an exclusive hotel set in an expansive seaside estate surrounded by pine trees and cork oaks. Taking full advantage of the beautiful surroundings, the hotel is spread out over several buildings, maximising privacy for guests and reducing the impact of the architecture within the natural space, aiming for a balance between comfort, design and respect for the surroundings. Set on the banks of the Sado River, the Casas na Areia have their feet, quite literally, in the sand. Comprised of four thatched-roof houses, inspired by the original fisherman’s huts, the accommodations are minimalist but very stylish, evoking a sort-of neo-primitive glamour. For those seeking something even simpler and more private, Cabanas no Rio are two small huts right on the edge of the estuary. With uninterrupted vistas of the river and surrounding marshland, this is the perfect place to switch off and re-charge, read a book, meditate or just simply sit and watch the ever-changing play of light across the water. 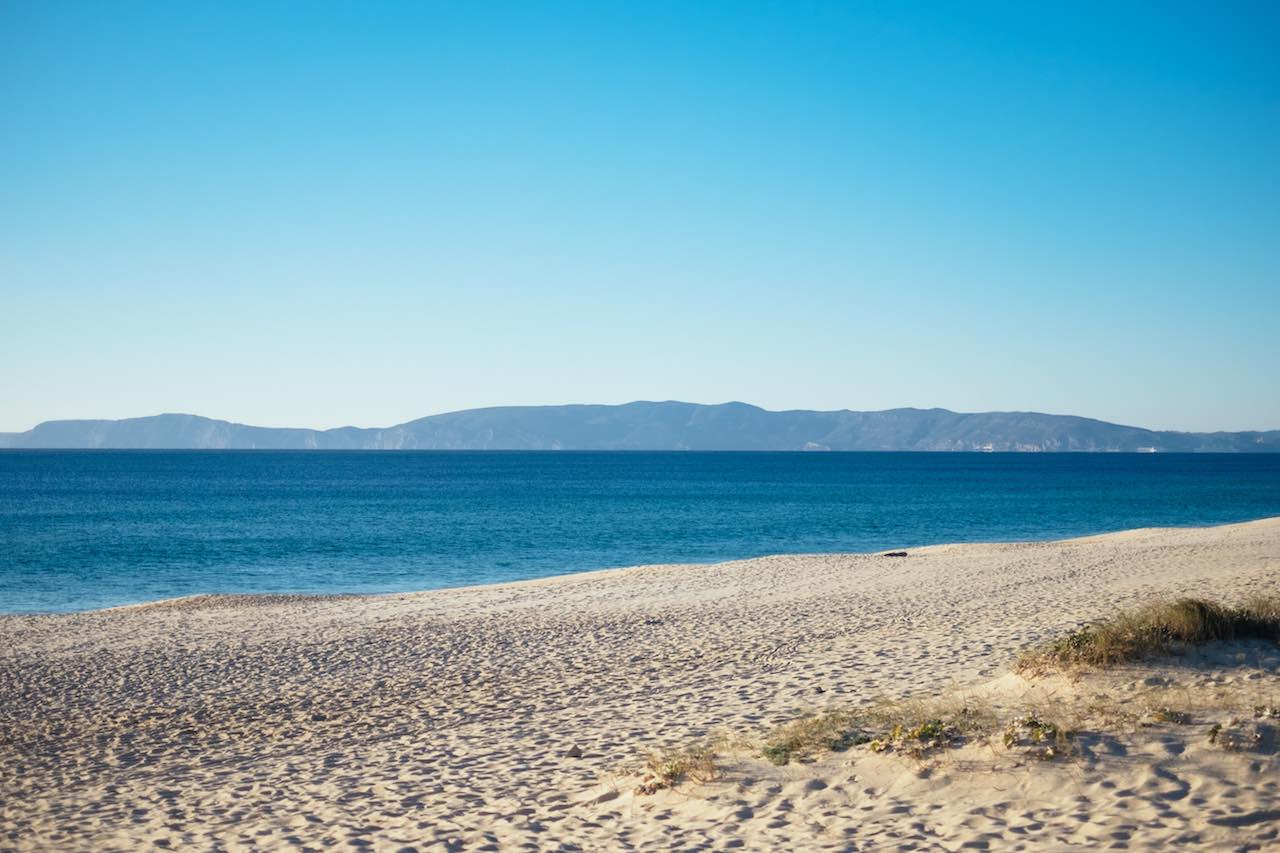 For those looking to explore the surroundings, the tiny hamlet of Carrasqueira is a few minutes away, and it’s here that you will find the famous ramshackle fishing jetties jutting out into the marshy waters. Best for strolling as the sun goes down, the maze of interconnecting wooden quays and precariously perched huts are slowly disintegrating and being reclaimed by the lagoon. This living relic is one of the last of it´s kind in Portugal, and it´s just a matter of time before it disappears. Restaurante A Escola is a short drive further up the river and as the name suggests, is housed in a quaint old country school. A no-frills kind of place, it is famous for its local cuisine, and the fresh fish and rabbit dishes, in particular, are highly rated. Incredibly popular during the summer with local holidaymakers, this is a great place to experience traditional Portuguese country cooking at its finest. 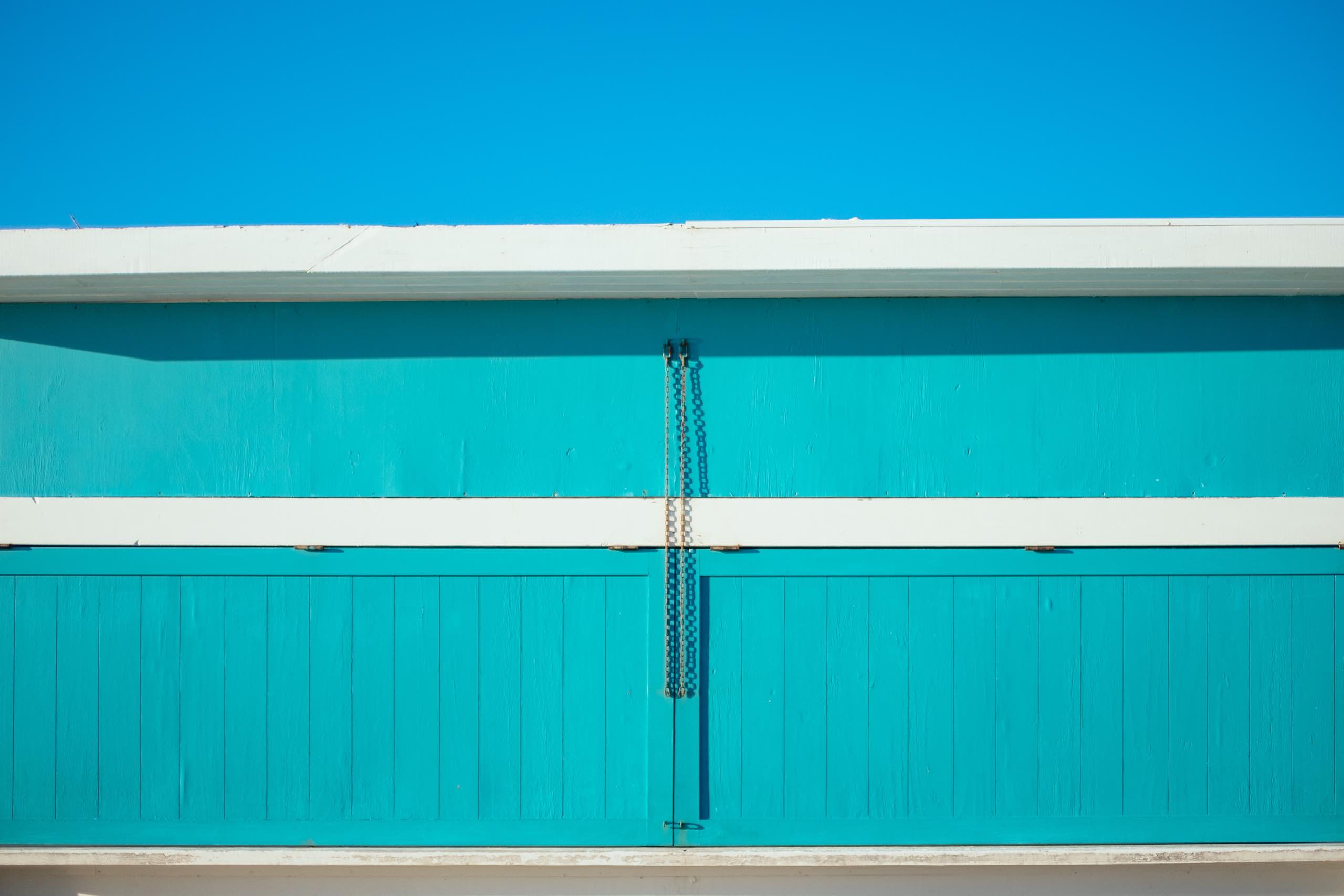 Going to Portugal? The same team that brings you the content you love designs your perfect trip

Things to do in Sines

Following the coastline south, the road winds along through pine trees and past sleepy villages until you reach the port city of Sines. Here the dunes and kilometres of unbroken sands give way to ever higher cliffs and rocky coves hiding secret patches of golden sand. The city of Sines is, admittedly, not much to look at. But seafood is a major industry here, and the fishing harbour is a hub of non-stop action, which means that local restaurants serve some of the freshest produce, pulled from the sea on the same day as it´s prepped and served. Trinca Espinhas and Arte e Sal are two of the best in town, both right on the beach at São Torpes, to the south of Sines. With rustic interiors and views for days, the daily specials come directly from the fishermen every morning, and the menus are based on the seasons and availability.

From here on out, the modern world seems to fade into obscurity and the further south you venture, the more remote and idyllic the surroundings become. At Porto Covo, a tiny blue and white fishing hamlet, the beaches are sheltered coves between the rocky cliffs and except for during the peak of summer, are mostly deserted. Travel brochures use clichéd phrases such as “time stands still here”, but really, it does. The pace is slow, as it should be in a seaside village, and if your most pressing concern isn´t where you´re going to sit while sipping your sundowners, then you´re doing it wrong. O Lugar is a boutique, family run guesthouse right above the fishing harbour with beautifully designed interiors and stunning views from every room. The house has been in the family for several generations, and it had long been their dream to open their doors to visitors, a dream that finally came to fruition at the beginning of 2017. Simple, Scandinavian inspired design throughout the house complements the laid-back lifestyle and relaxing vibes of this idyllic beach escape. 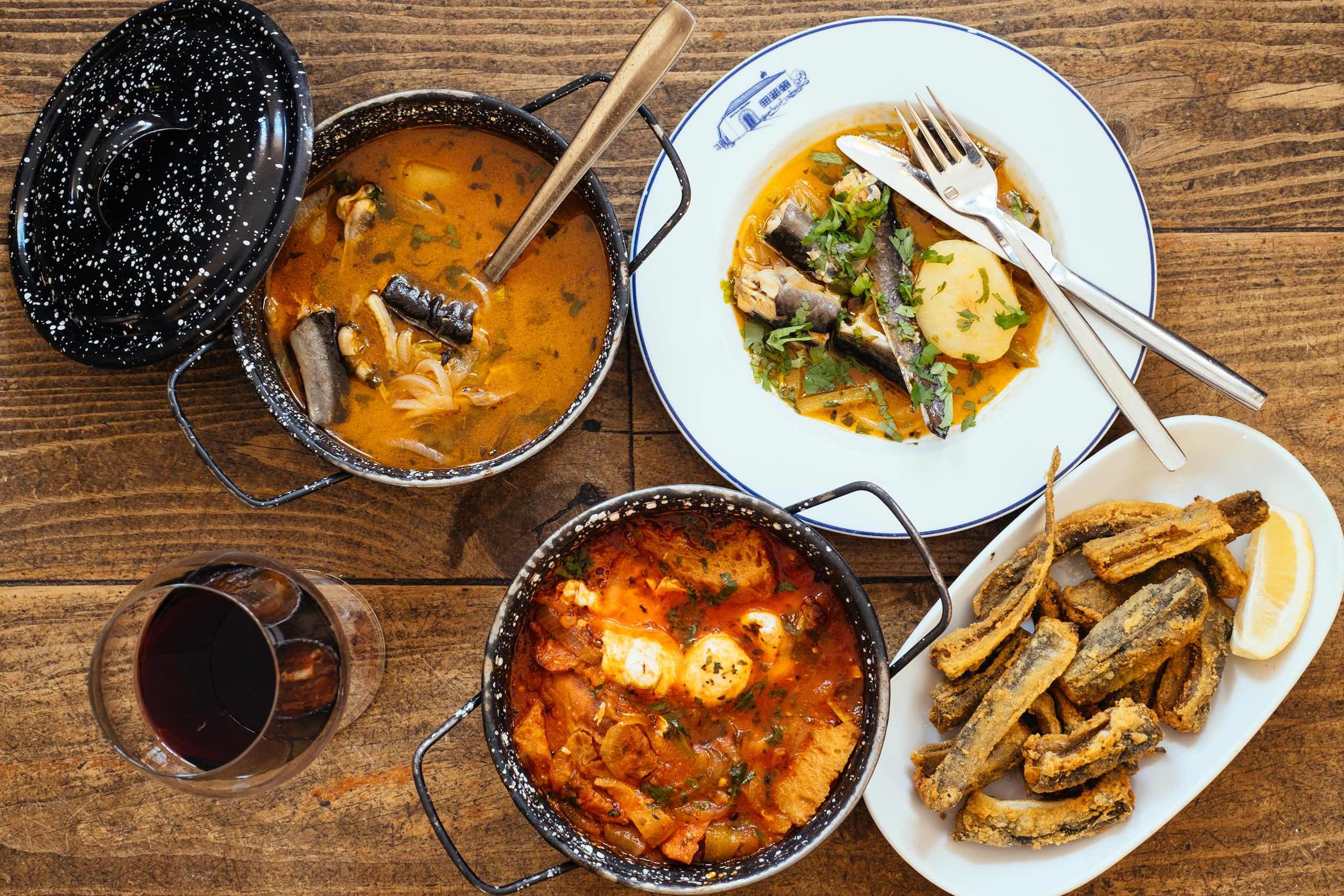 A short drive inland, Cabeça da Cabra is an idyllic country house surrounded by wheat fields and cork oaks. Also an old school house (the countryside is peppered with them) it underwent extensive renovations and now boasts five light-filled studios and an expansive communal veranda, inviting you to settle in with a good book or a glass of wine. Bicycles are available for all guests, and the beach is an easy 20-minute bike ride away, as well as several stages from the world famous Rota Vicentina, 450km of walking trails traversing the region from Sines in the north to Sagres, the southern point of the coastline. Also on the trail, Herdade da Matinha is a 110-hectare family estate set in the picturesque rolling hills a short distance from the coast. This boutique hotel is a series of converted farm buildings and boasts an amazing restaurant plus a wide range of activities; yoga, Pilates and massages for those looking to relax and trekking, horse-riding and surf lessons for those who just can´t sit still. 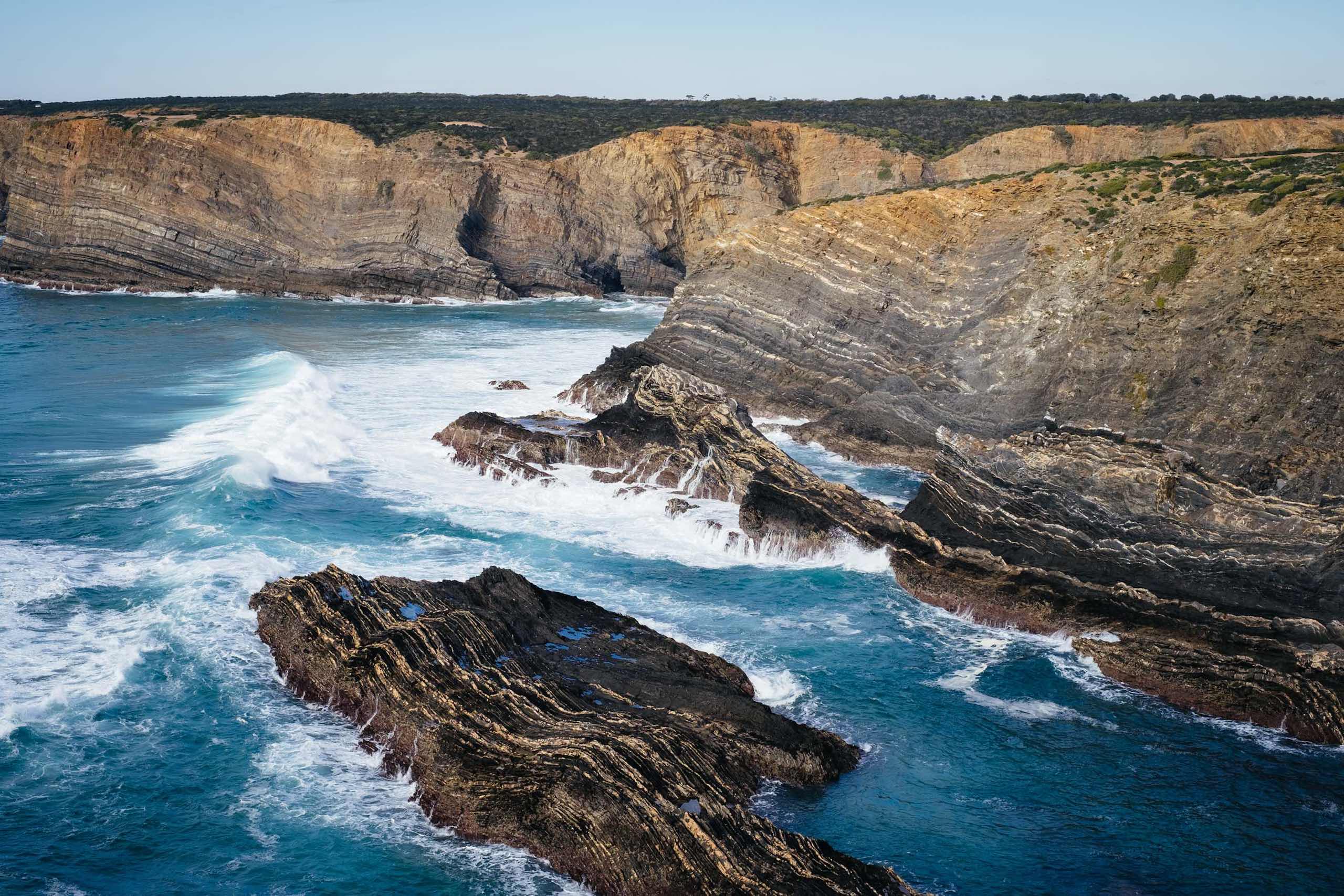 Gulli Bistrot is on the main road heading south out of town and is one of the most popular restaurants in this part of the world. A fusion of Italian influence and technique is combined with the best of Portuguese produce

Continuing your journey south, the landscape becomes more mountainous, and the cliffs along the coast grow taller and more imposing. Aljezur is one of the bigger towns in the area and a hub of activity with many shops and great restaurant options as well as the local farmers market (Mercado Municipal), which is open most mornings. Gulli Bistrot is on the main road heading south out of town and is one of the most popular restaurants in this part of the world. A fusion of Italian influence and technique is combined with the best of Portuguese produce. The menu is regularly updated, and the dishes are surprising and experimental, a unique take on classic Mediterranean flavours.

The waves get better the further south you venture, and the beaches close to Aljezur are particularly popular with the surf crowd. Arrifana and Praia do Amado are two of the most scenic surf spots, but for every beach marked on the roadside signposts, there are two or three others that are local secrets, usually down an unmarked dirt road. Finding these gems requires a bit of patience and a sense of adventure, but the deserted beach and empty waves more than make up for your efforts. 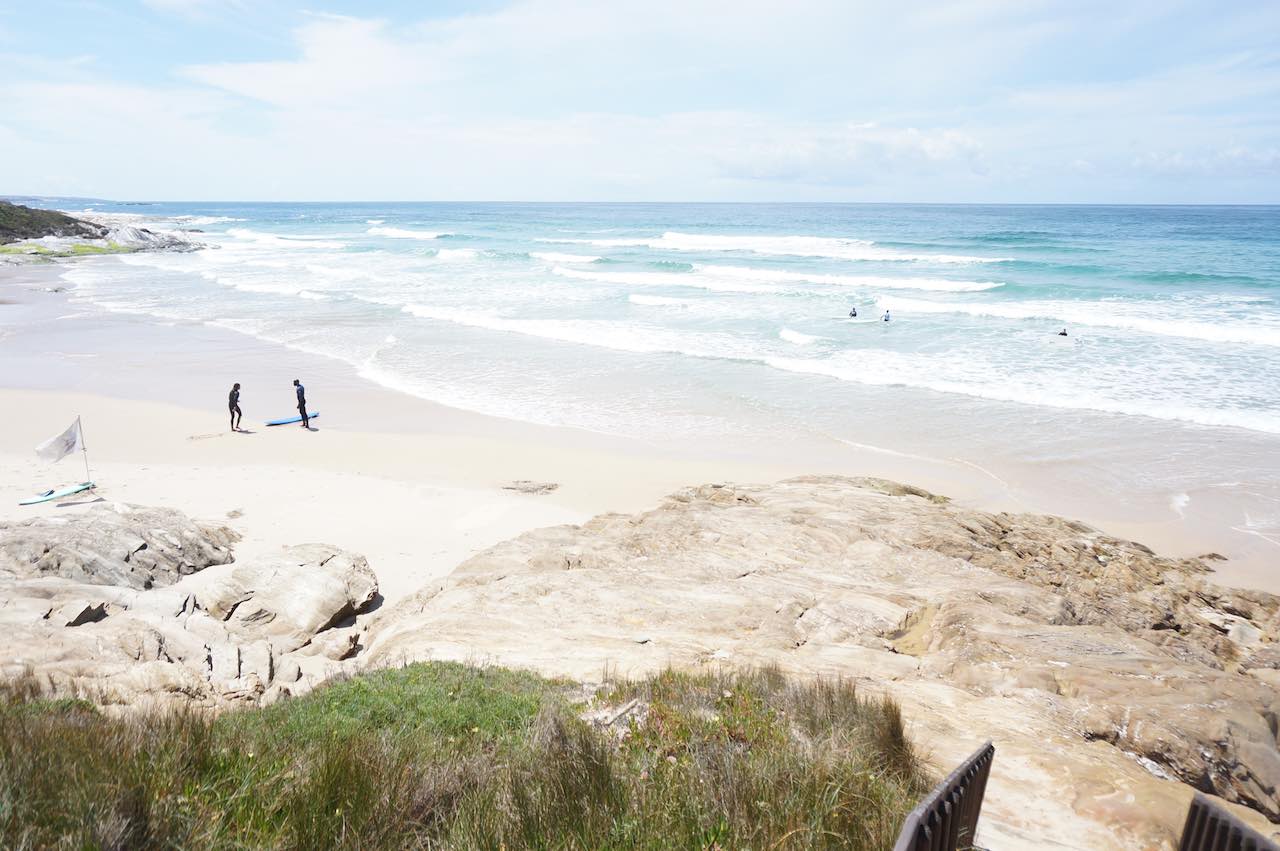 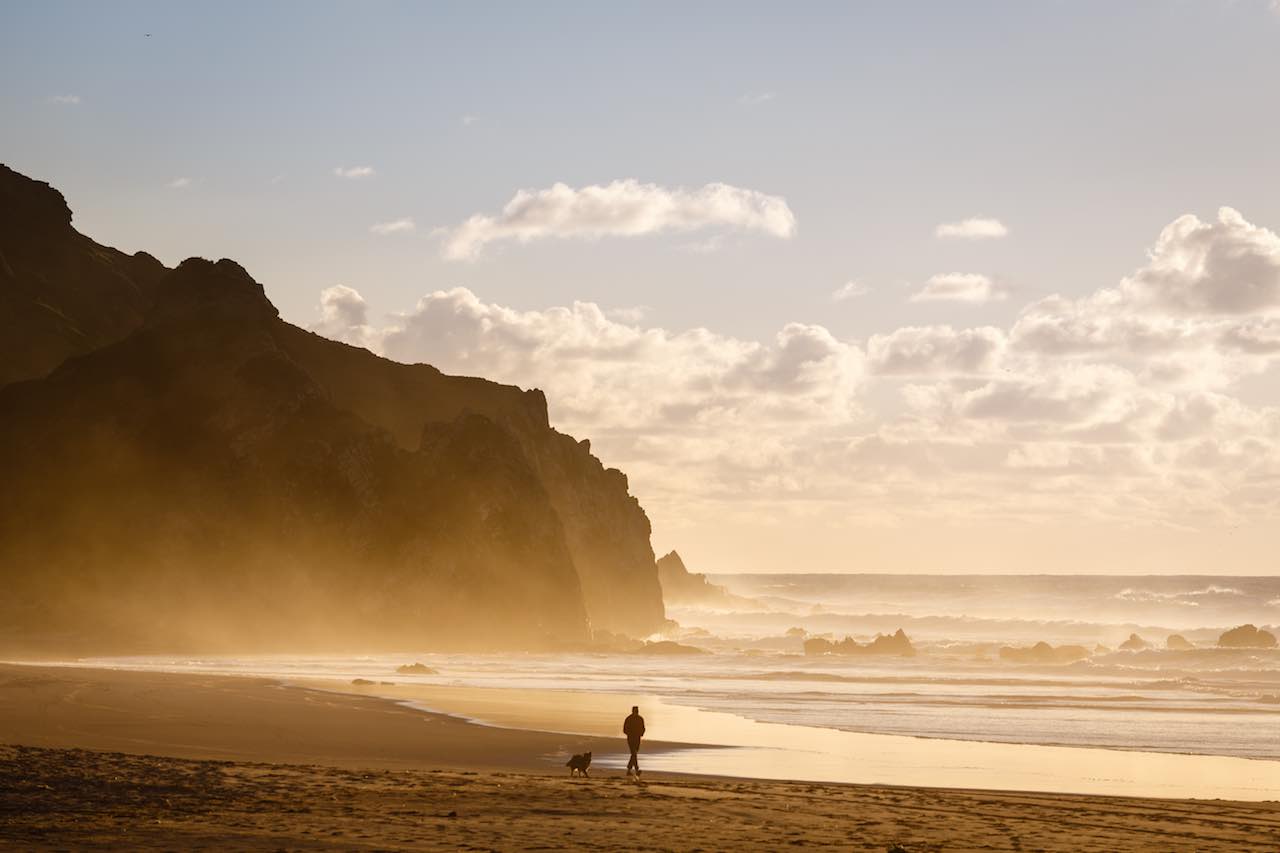 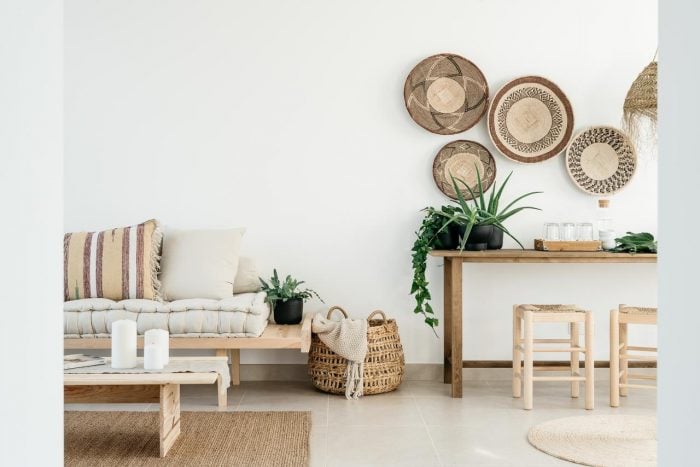 O Lugar is a guesthouse with six suites located in the centre of the fishing village of Porto Côvo. Set near the fishing port, the property is within walking distance from the beaches and restaurants. 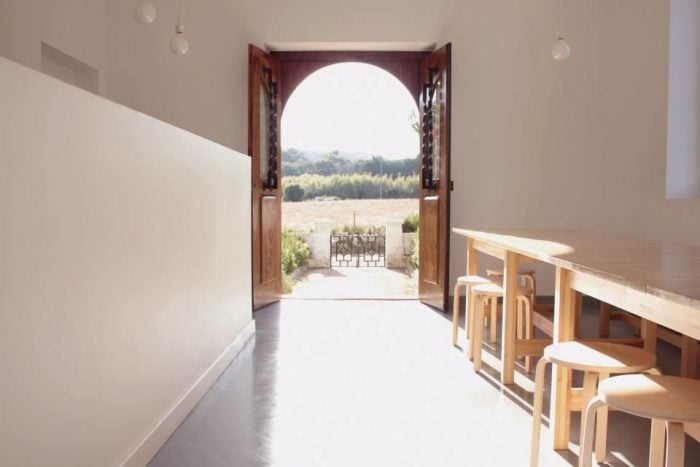 Cabeca Da Cabra Casa De Campo is a self-catering property located in Porto Covo. Set in a renovated primary school property, it features accommodation in suites and has access to a green garden. 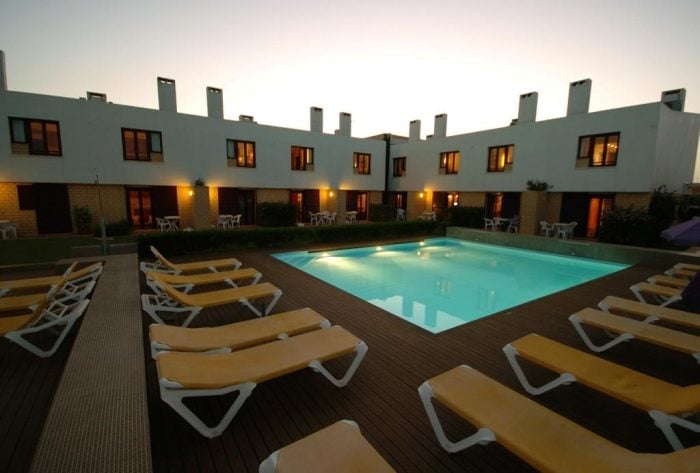 Porto Covo is an eco-friendly hotel in the Southwest Alentejo and Vicentine Coast Natural Park . It has an outdoor pool, and is a 10-minute walk from the beach. 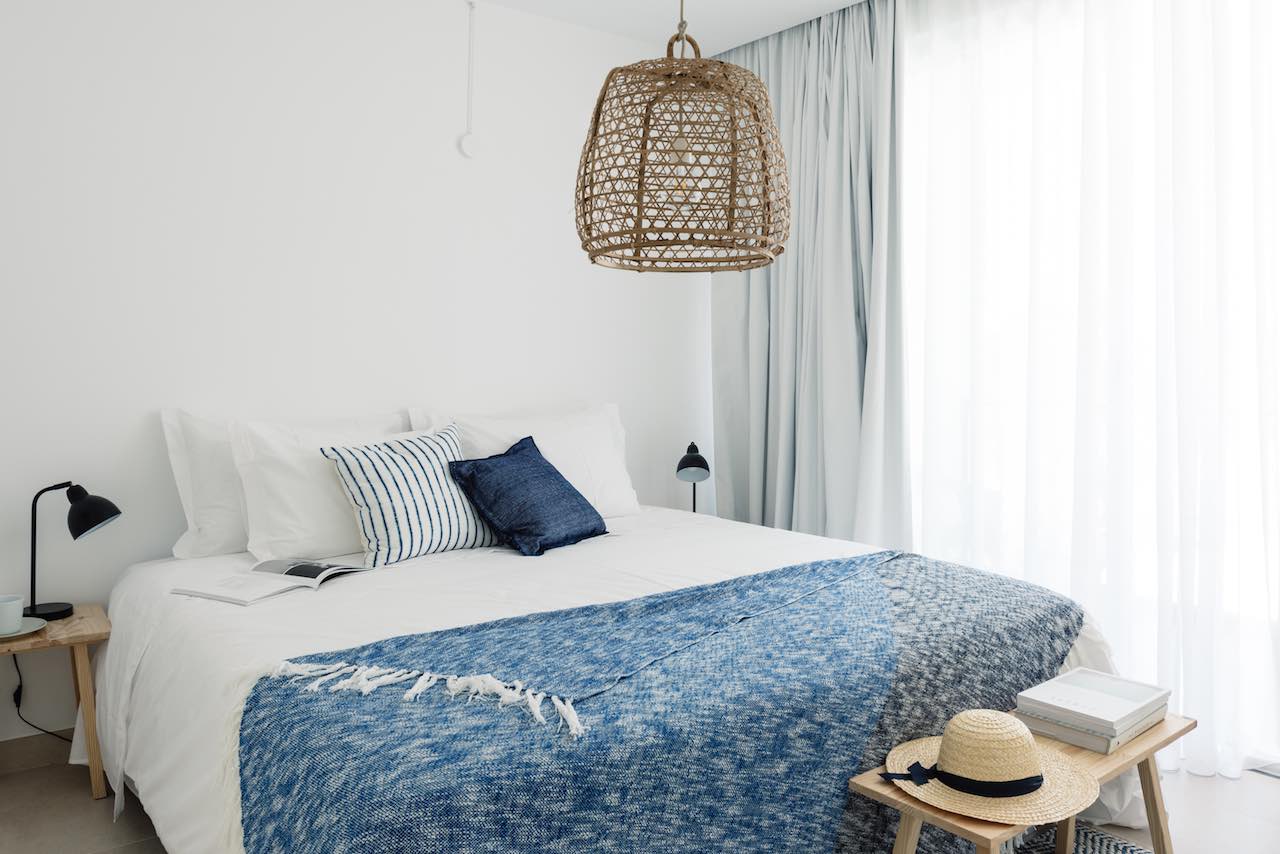 Explore more places to stay like this in Porto Covo 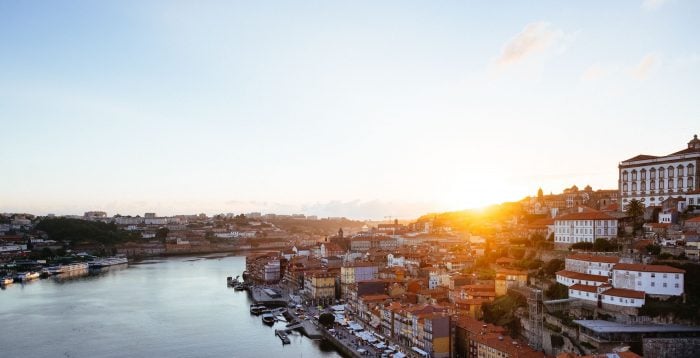 Meet Portugal´s Capital of the North, the unique and enigmatic Porto, a merchant city often foolishly overlooked in favour of Lisbon and the Algarve, packed with unique and undiscovered charms. 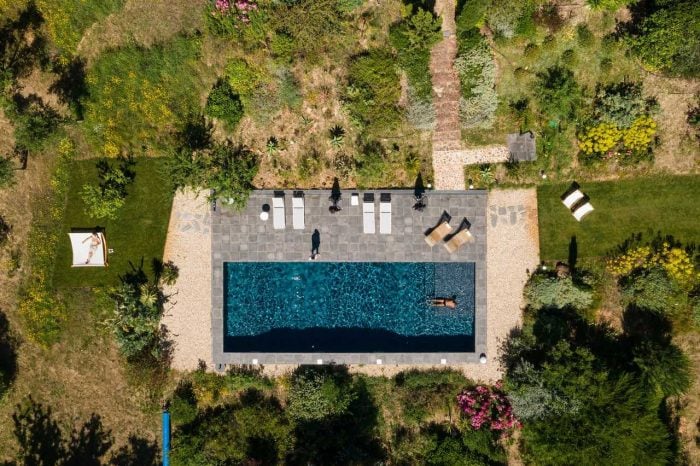 Lua Nua, a boutique guesthouse for men with clothing optional pool immersed in lush nature, a few miles away from the most beautiful and unspoiled beaches of the Costa Vicentina, southern Portugal. 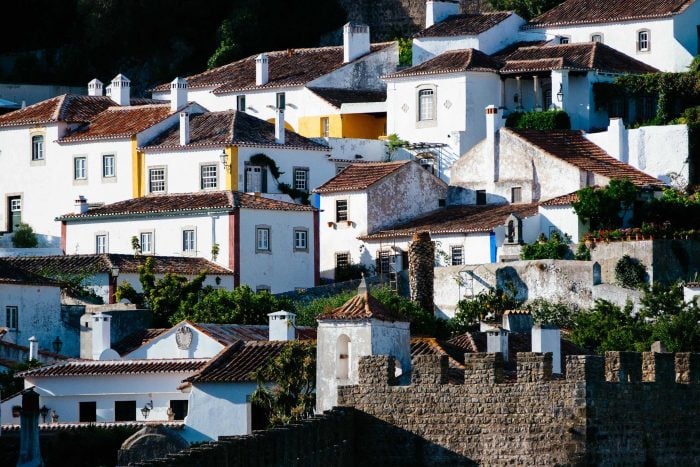 Things to do in the Óbidos region in Portugal

Óbidos is a medieval fortified town in central Portugal, dramatically perched upon a sloped hilltop, bursting with rural charm and cobblestone streets.