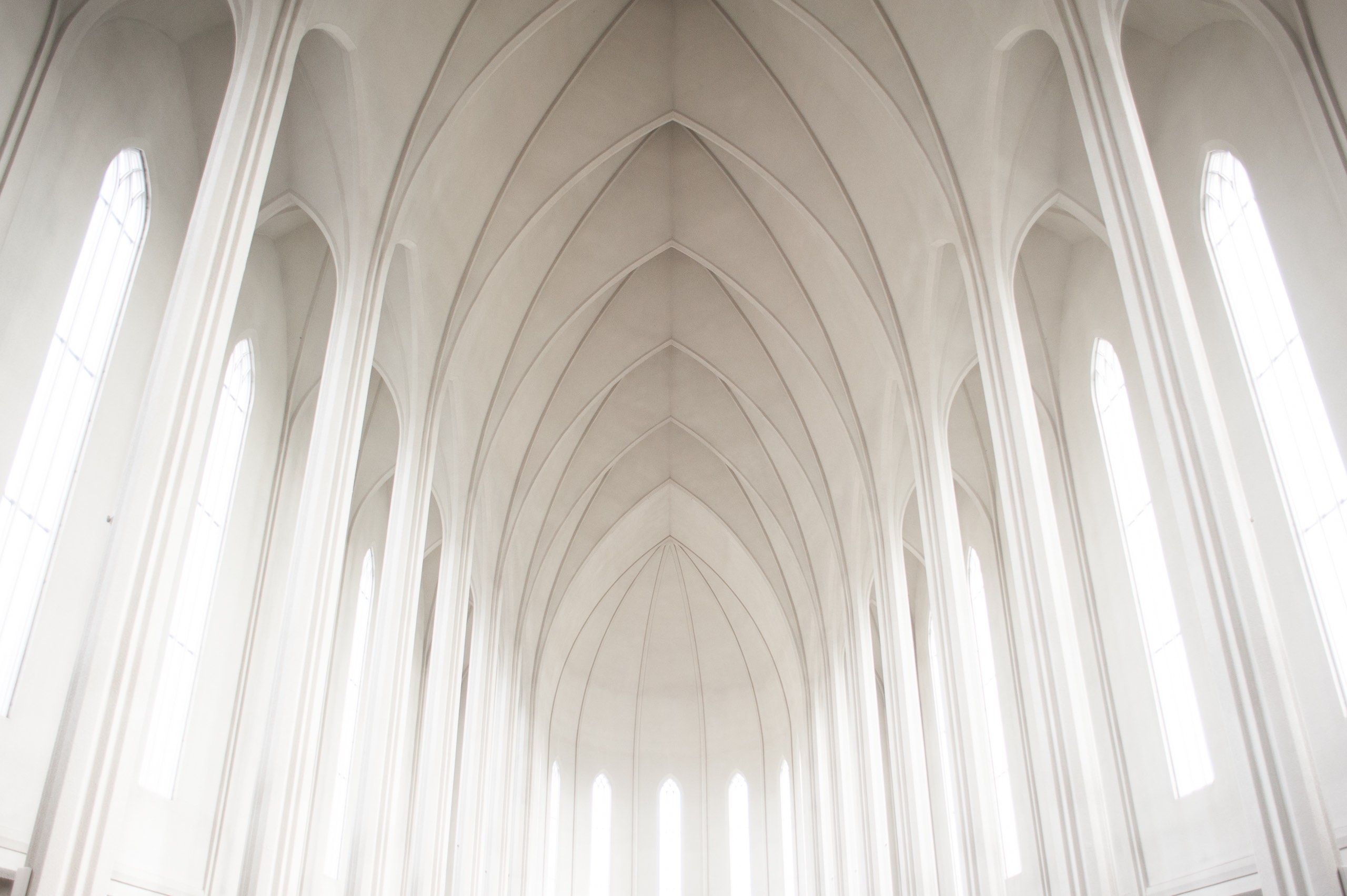 Things to do in Iceland

Stories > Experiences > Things to do in Iceland
Kerry Murray

As our plane began the descent and I looked out the window, my first impression of Iceland was that it looked like we were going to be landing on the moon. I have never been to the moon, and as this was my first time in Iceland, the only impression I had of either place was from photos I had seen. And from the window of a plane, they looked pretty similar. Iceland is a wild, beautiful place of unpronounceable words, breath-taking landscapes and lots of horses. It is very much a land of extremes; fire and ice, black and white, ancient and modern. And you get the sense that it is still a terrain under construction. Volcanoes erupt, geothermal steam bubbles up from underground, glaciers crack and calve, and it all makes you feel, as a human being in this vast and ever-changing terrain, that you are actually quite small in the grander scheme of things. Wondering what to do in Iceland? Mr Hudson has got you covered.

Things to do in Reykjavik

Reykjavik is the capital city and home to two-thirds of the island´s entire population. The historic centre is small and easily explored on foot, and what the buildings lack in size and grandeur, they make up for in colour and quirk. The tallest building in town is undoubtedly the Hallgrímskirkja, visible from just about everywhere in town. The church is one of the city´s main features and the view from the clock tower is the best in town so expect crowds, either go very early or right before they close to avoid standing in line. Another architectural attraction is the Harpa concert hall on the water´s edge. Inaugurated in 2011, it has since won several international design awards and is the musical and cultural heartbeat of the city.

Downtown is a shoppers haven, and there are many smaller boutiques selling beautifully made art, design, and fashion, all imbued with that impeccable Scandinavian sense of style. For tailor-made menswear, head to Suit Up or for traditional Icelandic style with a modern (read: hipster) twist, try Farmers Market. Coffee culture is surprisingly big here, and there are many fabulous little coffee shops to choose from. One of the most popular is Reykjavik Roasters where, as the name suggests, they roast their own beans, make a mean cappuccino and their freshly baked croissants are so good that they don´t even need an accompaniment. 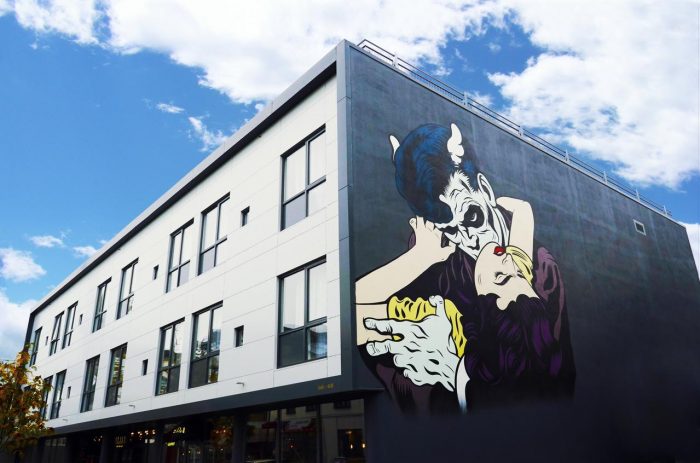 On Laugavegur shopping street in central Reykjavik, this hotel has modern rooms with flat-screen TV and free Wi-Fi access. Hallgrimskirkja Church is a 5-minute walk away. 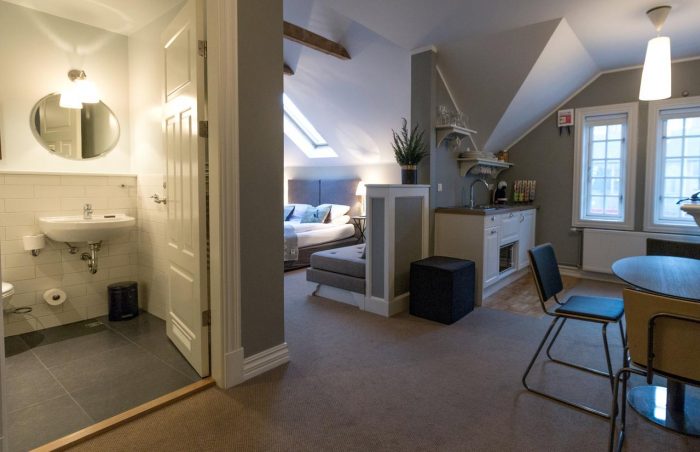 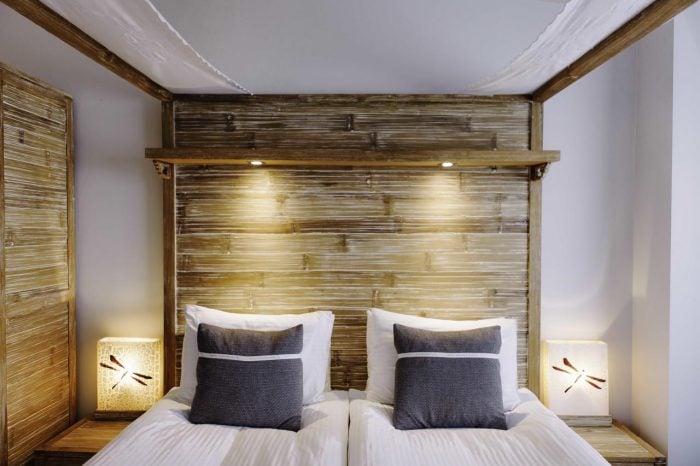 Located next to Hlemmur Square, this hotel is just off Laugavegur, the main shopping street in Reykjavík. It offers a view over the city and Esja Mountain. 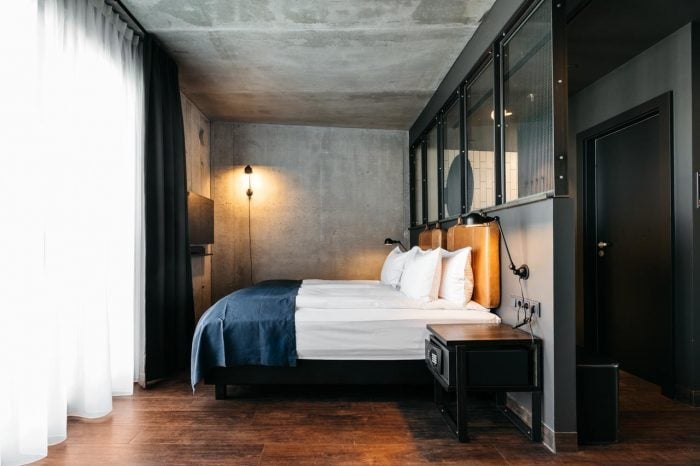 This contemporary design hotel is set in Reykjavík’s Old Harbor area. It features free WiFi, an in-house restaurant and a bakery, as well as a sauna and fitness room. 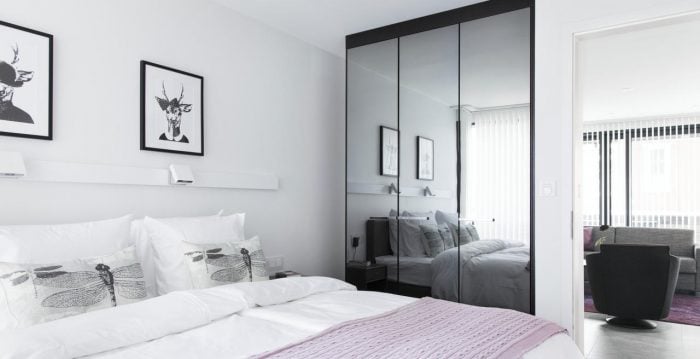 These luxury apartments in central Reykjavik are just 350 m from Old Reykjavik Harbor. Each features free WiFi, contemporary furnishings, an iPad and a city-view balcony. 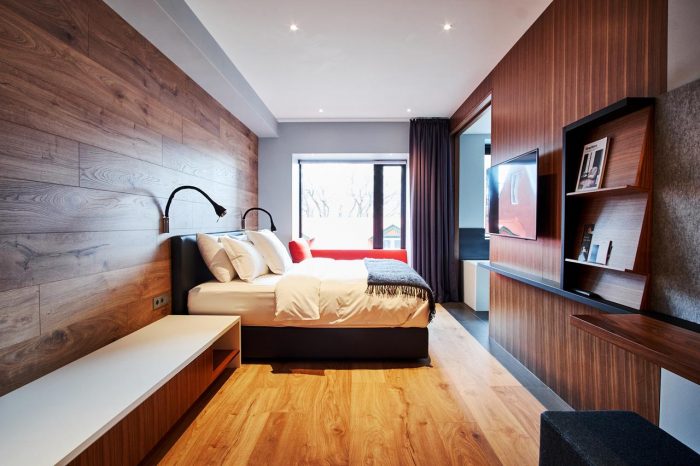 Located on Laugavegur shopping street, ION City Hotel offers accommodations in Reykjavík, with a fitness center and restaurant. The Hallgrímskirkja Church is 500 m away. 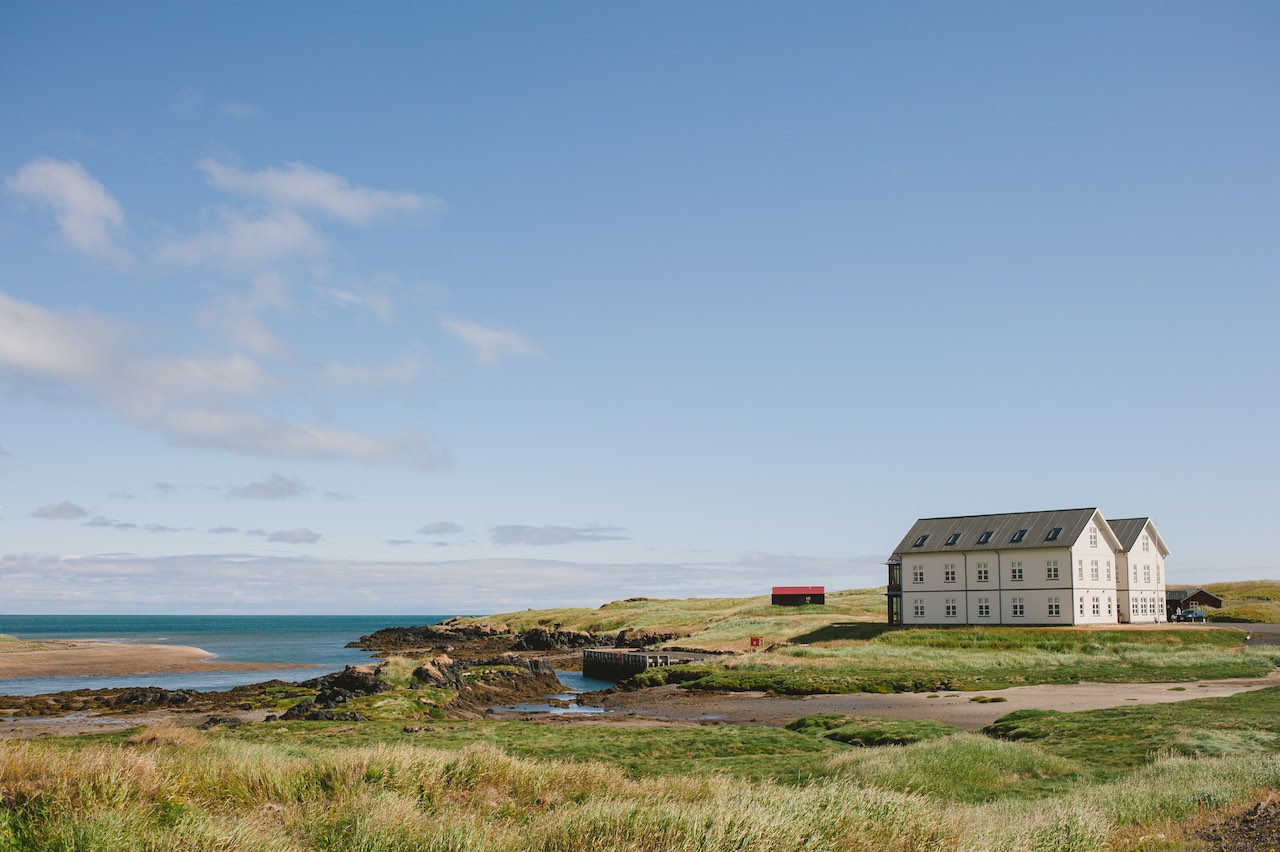 Where to eat in Reykjavik

Down towards the lower end of town, you will find the Old Harbour district, great for seafood restaurants such as Reykjavik Fish Restaurant boasting an ever-changing seafood menu, depending on what is fresh and seasonal. For a more fine dining experience try Dill, arguably the best restaurant in Iceland right now. Its highly acclaimed chef, Gunnar Karl Gislason is one of the front-runners of contemporary Nordic cuisine and the menu at Dill is a clean, modern take on ancient and traditional ingredients with a strong focus on local and seasonal produce. Head home to the Alda Hotel where, very conveniently, you can indulge in a nightcap or two at the Barber Bar (in the lobby) before turning in for the night. 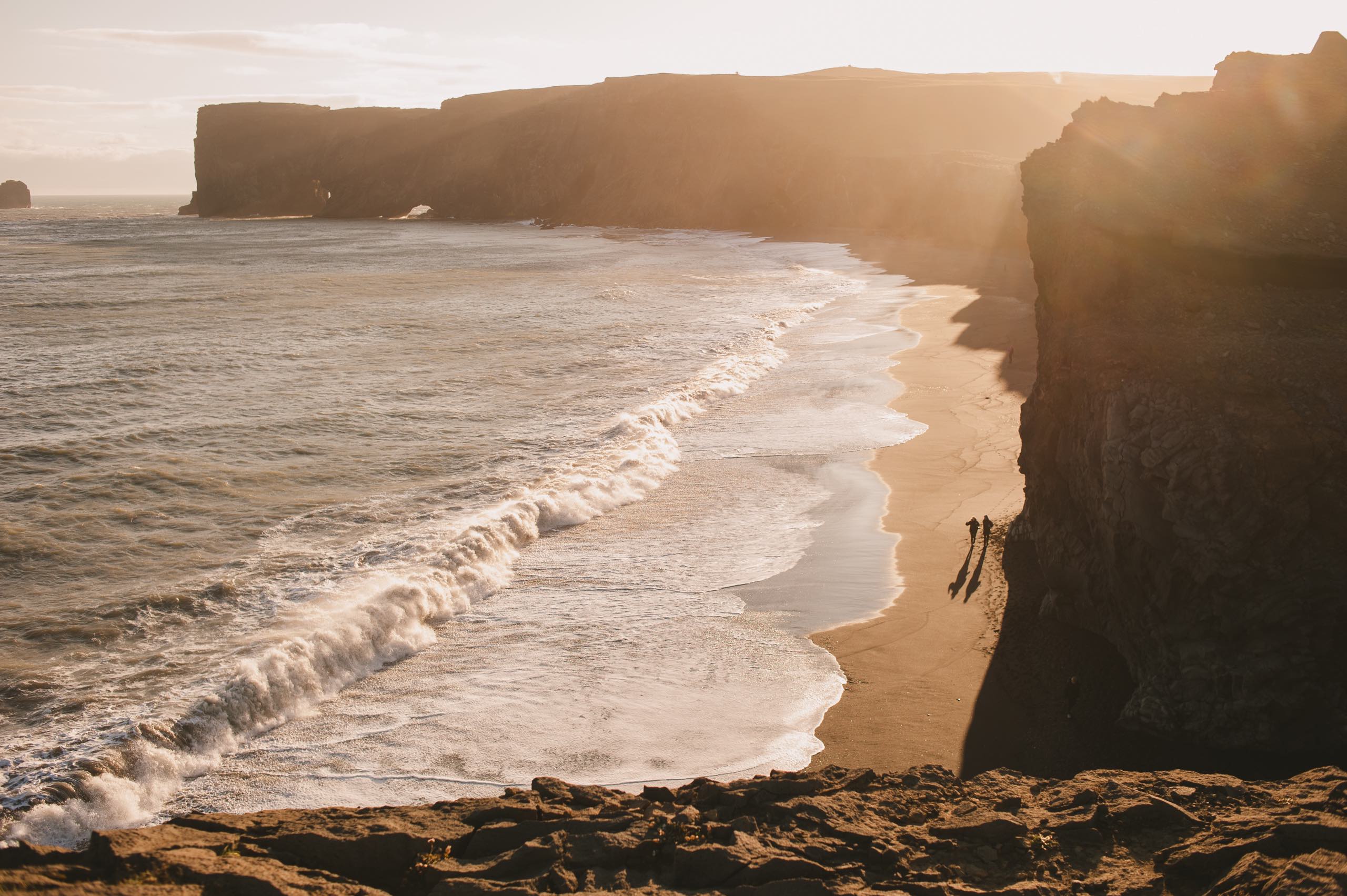 Laugarvatn Fontana, a somewhat more low-key and less touristy version of the Blue Lagoon, is a geothermal spa that takes advantage of these natural hot water

What to do in Iceland

Using Reykjavik as your base, there are many natural attractions a short drive out of the urban area on a route known as the Golden Circle. Closest to the city is the Thingvellir National Park, the site of the first Icelandic parliament established over 1000 years ago, in the year 930. The park is also of geological importance as it lies in the rift valley of the Mid-Atlantic Crest, the point at which the Eurasian and North American tectonic plates are slowly pulling apart. One of the largest rifts is deep enough to walk through, and several others are underwater, which makes for incredible scuba diving in the crystal clear waters. A short drive to the east is the Laugarvatn Lake, famous for its geothermal springs that bubble up at several places along the shore, creating pockets of hot water in the icy lake. Laugarvatn Fontana, a somewhat more low-key and less touristy version of the Blue Lagoon, is a geothermal spa that takes advantage of these natural hot waters and harnesses the geothermal steam into a series of hot tubs, steam rooms and saunas on the lake’s edge.

Back on the road again, make your way towards Geysir, the site of several regularly erupting geysers. The most reliable of these is the Strokkur Geyser, which erupts fairly consistently every 8-10 minutes. From here it´s a short drive to Gullfoss, one of Iceland´s most spectacular waterfalls where the Hvítá River plunges dramatically into a 70-meter deep canyon. 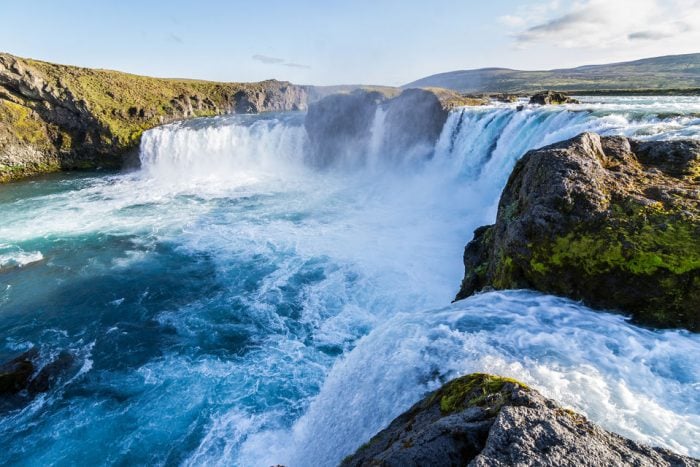 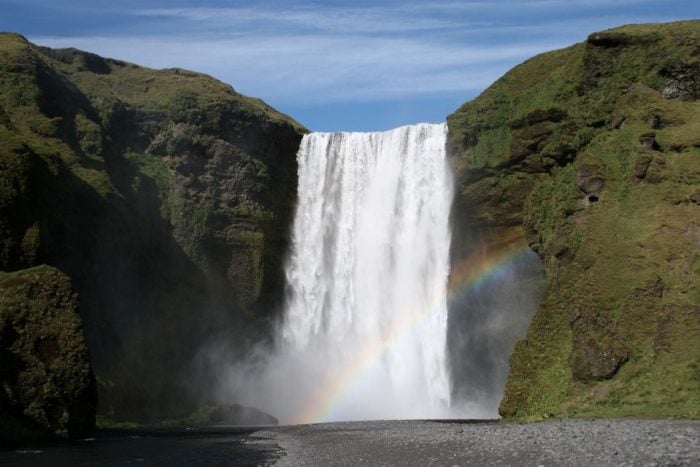 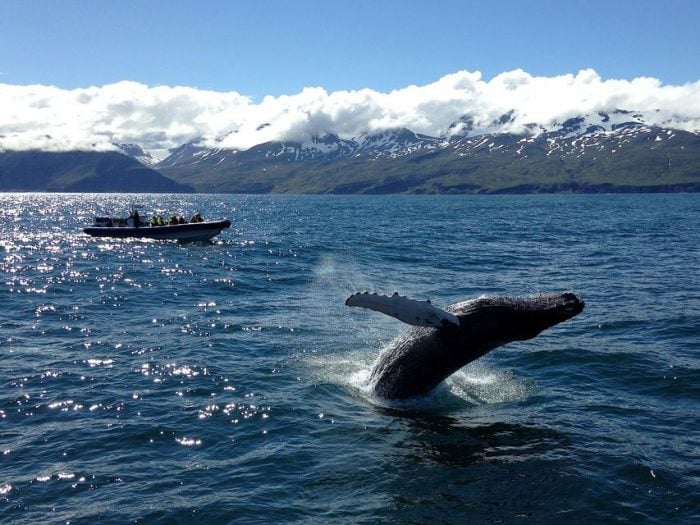 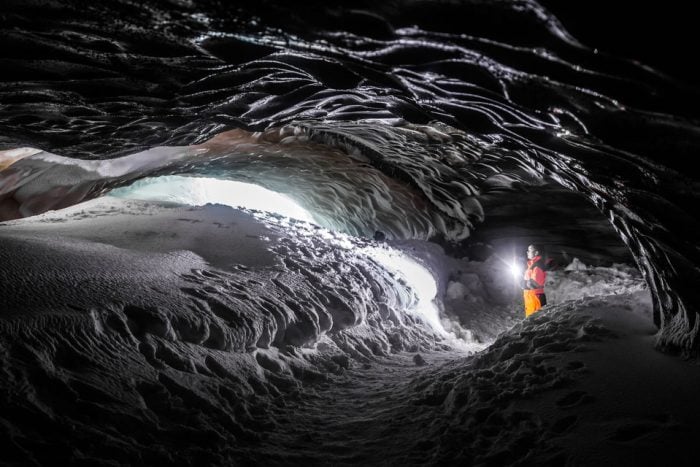 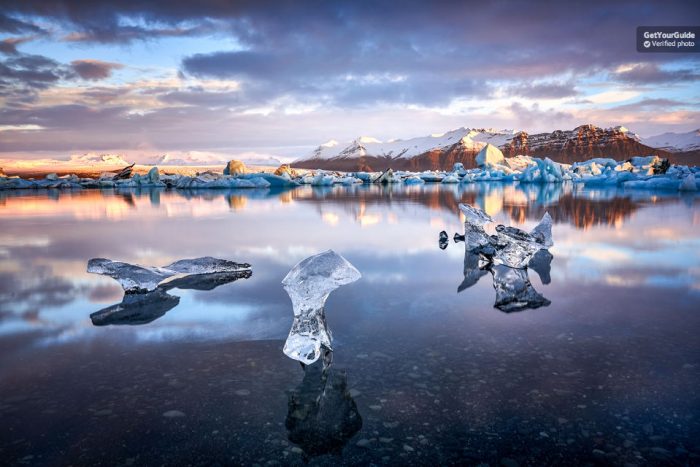 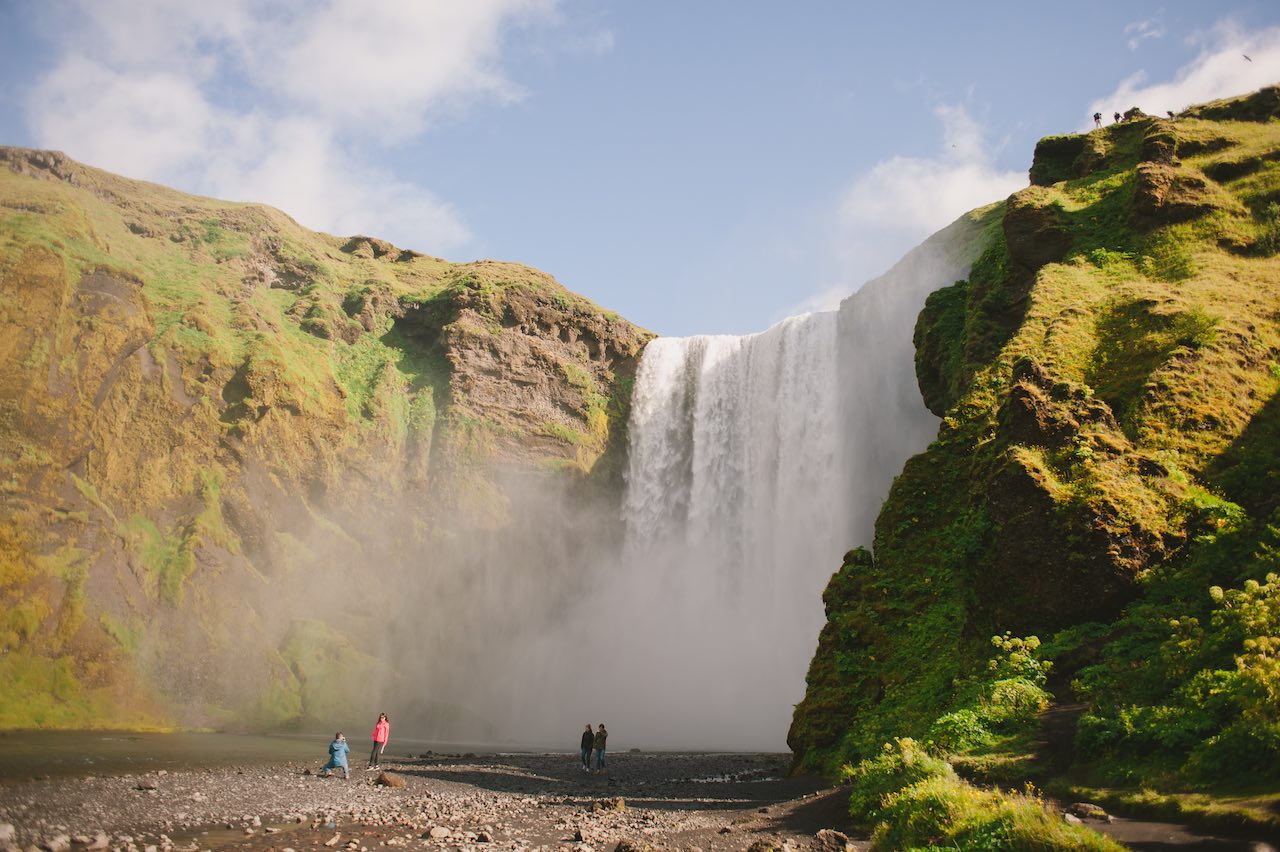 Going to Iceland? The same team that brings you the content you love designs your perfect trip

What to see in Iceland

Heading west out of Reykjavik on the Route 1 (the Ring Road that travels the entire circumference of the island) the landscape becomes progressively more barren as you approach the Snaefellsnes Peninsula. This rocky land doesn´t support much in the way of agriculture, and the locals live mainly off the fishing industry. Sitting by itself on the edge of a vast lava field is the Budir Hotel and beside it, the Black Church, one of only three black churches in Iceland. There is very little sign of human settlement out here and the sense of space and silence is incredible. The property has a certain “Grand Budapest Hotel” feeling to it, all alone on the empty plains, and it certainly makes you wonder why it´s here at all, as there isn´t anything else around. But the emptiness itself is the attraction and it´s a very calming, tranquil place to spend a few days hiking, birdwatching, or just doing absolutely nothing at all. A short drive to the westernmost tip of the peninsula takes you into the Snæfellsjökull Glacier National Park and past the volcano of the same name, where on a sunny day you can see the glacier on top of the currently dormant volcano. 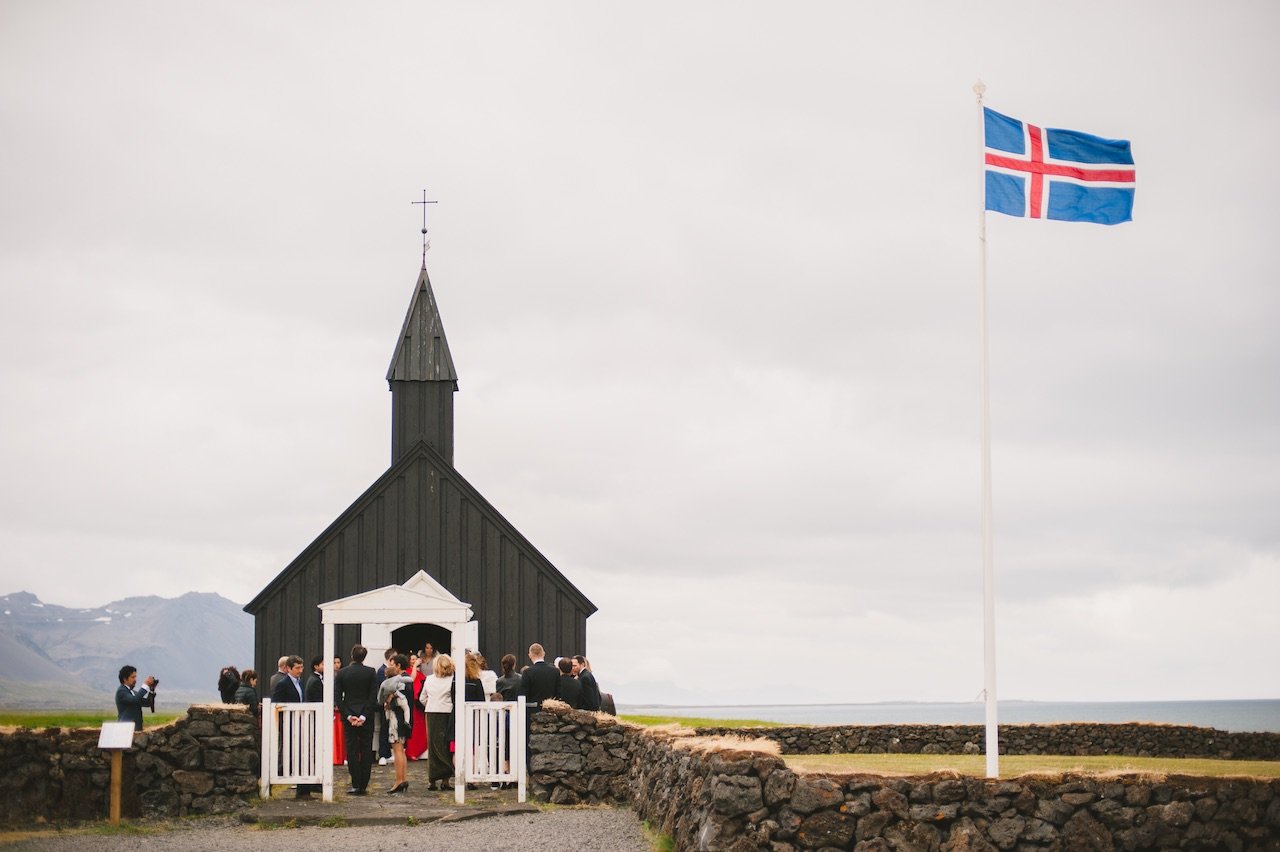 In stark contrast to the rocky western shores, the south coast of Iceland is lush and one of the greenest Iceland points of interest; full of waterfalls, geothermal springs, and rugged Icelandic horses. Along the Route 1 as you head south you will find the Seljallandsfoss and Skogafoss, picturesque waterfalls plunging down the mountains onto the coastal plain. The town of Vik is the southernmost point of the island and boasts dramatic cliffs, black sand beaches and verdant estuaries teeming with wildlife. A short drive inland takes you to the Eyjafjallajökull glacier, an ice cap sitting on top of the volcano that erupted in 2010, spewing ash clouds that caused havoc for European air transport in the weeks that followed.

Geothermal activity here is very common, and hot water flows from the rock face. At Seljavallalaug, the locals have harnessed this hot water and built an outdoor swimming pool. The pool is quite remote and requires a 15-minute hike up into a narrow glacial valley, but this deters all but the most determined of visitors and makes for a relaxed bathing experience. 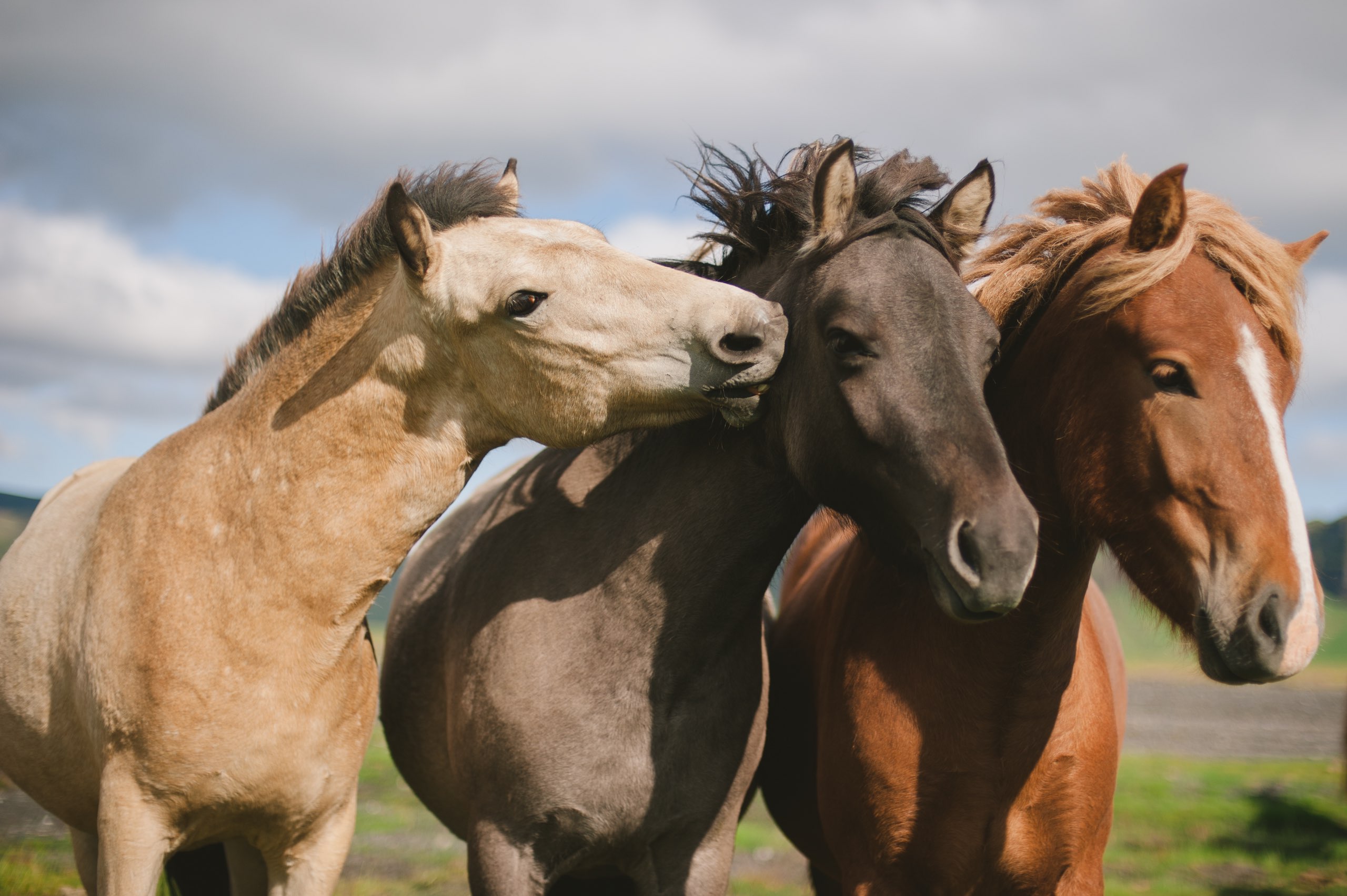 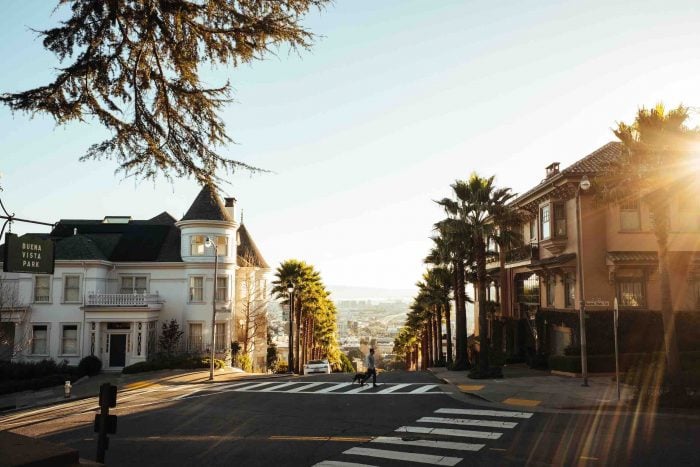 With the right to be as outlandish as possible granted to all, a visit to San Francisco is sure to be a truly memorable experience: Top gay things to do. 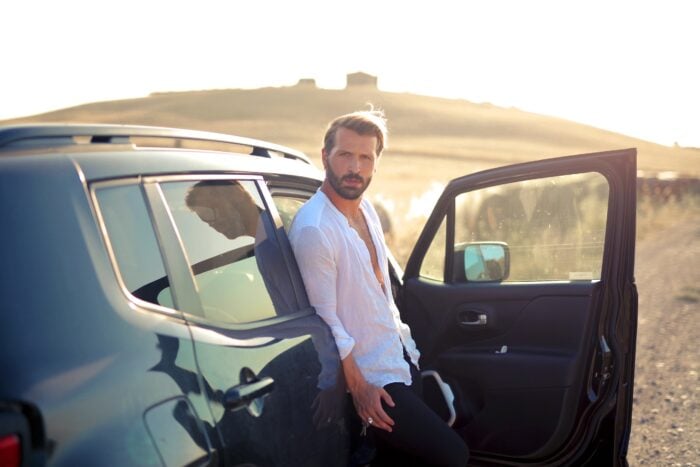 The best Gay Pride parades in the world

Gay Pride is a worldwide phenomenon that sees towns and cities large and small participate in the annual festivities. Here’s Mr Hudson’s selection of the best parades in the world!