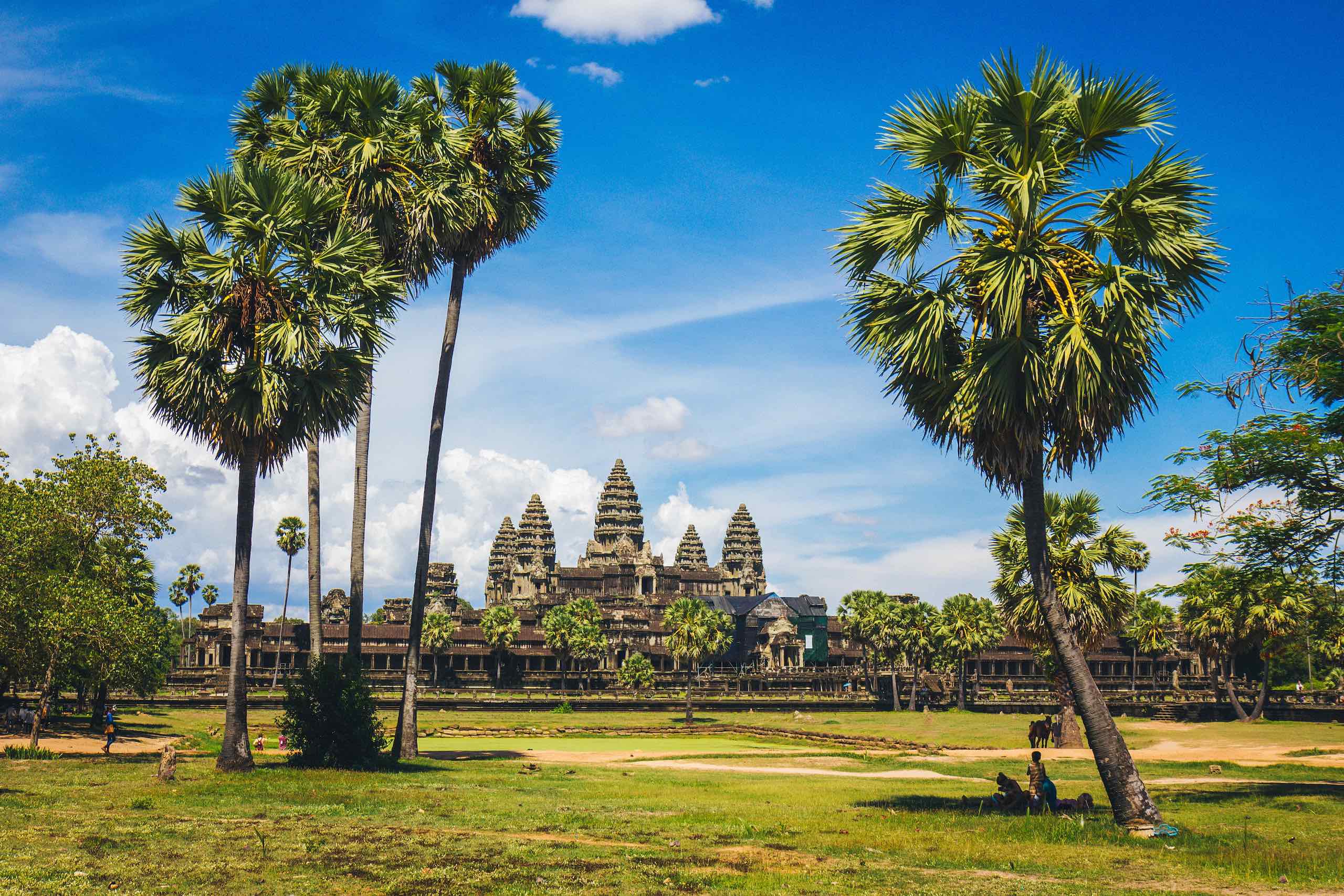 While Angkor Wat somewhat takes the limelight, Cambodia is a magnificent travel destination in its own right, offering ancient civilizations, unkempt natural wonders and unbelievable value for money throughout. Siem Reap, home of the Angkor Wat’s sprawling remains, will first surprise you with her contrasts. Along the central hub loaded with fancy boutiques, upscale dining options and countless bars and clubs, you’ll also find eager tuk-tuk drivers and salesmen peddling anything from oil painted canvases to fried insects. In addition to famed temples and traditional culture, you’ll also discover burgeoning LGBT, art and fashion scenes. The same goes for Mekong-flanked Phnom Penh, the nation’s sprawling Capital crammed with a mix of 1960s modernist architecture, frenetic markets and wild nightlife. As for the rest of the country; make time for it! From hedonistic islands to expat-run towns, Cambodia has something for everyone, stretching all the way to the indulgent resorts of the Khmer Riviera. Clueless about what to do in Cambodia? Let Mr Hudson’s ultimate Cambodia travel guide enlighten you.

The best hotels in Cambodia

Compared to other Asian capitals Phnom Penh may feel provincial, but nonetheless, the streets can get quite hectic. Escape the roar of a thousand tuk-tuks in the little oasis of Rambutan, a gay-owned boutique resort around a gorgeous pool on a quiet street south of central Phnom Penh. Built by a French-Cambodian architectural firm run by the daughter of one of Vann Molyvann’s students, it retains the retro feel of New Khmer architecture, brightened up with Dutch owner Dirk de Graaff’s pick of local art.

For the men-only, clothing-optional experience, try the French-run Arthur & Paul resort and spa next door to Rambutan. This cruisy little oasis consisting of a large villa and garden offers spacious and luxurious rooms with homoerotic artwork. All floors are linked by a spectacular spiral staircase, and the downstairs restaurant (aptly named Mâles) and bar are wrapped by a beautiful pool. The bathhouse (yes, that kind of bathhouse) is also very popular with locals.

For a perfect stay in Siem Reap, book a room at the upscale Shinta Mani Club, a breezy 15-minute tuk-tuk ride away from Angkor Wat. The modern design by acclaimed architect Bill Bensley was inspired by the temple complex and includes quirky details like tables on swings and Hindu deities crayoned on blackboards. Excellent service and generous support of local causes helped this property’s ratings skyrocket to one of the best in the world.

In the 1950s, king Norodom Sihanouk decided the sleepy fishing village of Kep would make the perfect location to create his own Southeast-Asian Riviera. Led by the monarch, the area became an artistic playground for the wealthy French colonial elite, and an estimated 150 villas in the style of the homegrown Modernist New Khmer movement appeared along the coast. When the country fell to the Khmer Rouge, many of these ostentatious villas were stripped and destroyed. Today, about 30 remains, covered in graffiti, slowly pulled apart by vines and roots. Three of them, however, were salvaged by the Belgian entrepreneur Jeff Moons. A single gay father raising an adopted Khmer son, Moons has built a new life in Cambodia, providing jobs and schooling programs for the local community by running the villas as luxury boutique resort Knai Bang Chatt. The fabulously decorated rooms with ocean views attract a well-heeled crowd, seeking both natural and architectural beauty while enjoying the culture and delicacies of the crab market nearby. Those interested can still visit the other ruins – a fascinating, if somewhat ghostly, experience. 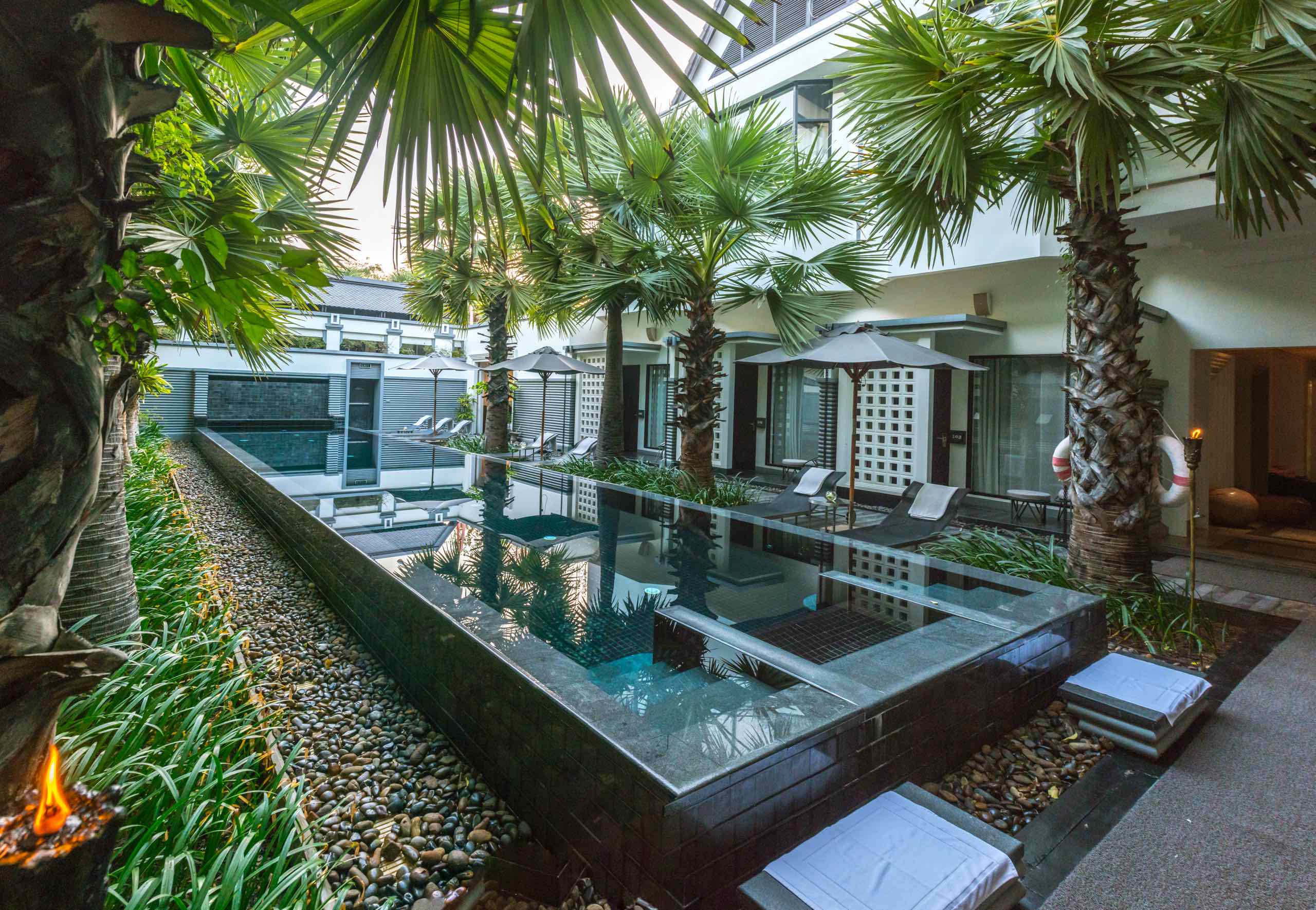 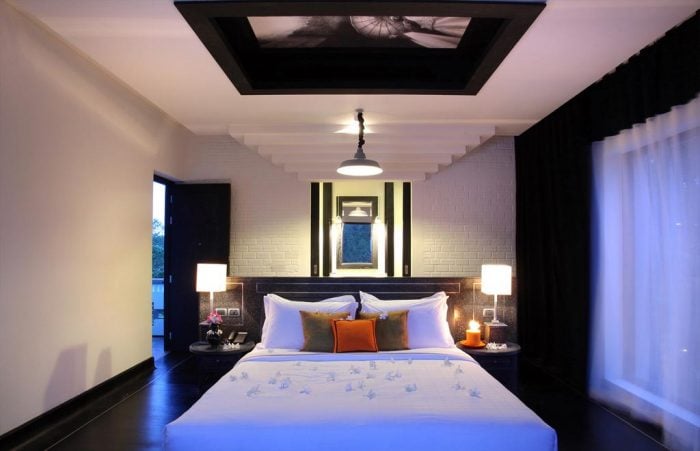 Designed by architect Bill Bensley, the boutique hotel is part of a community program that lets guests meet locals from rural Cambodia and help support the Shinta Mani Foundation. 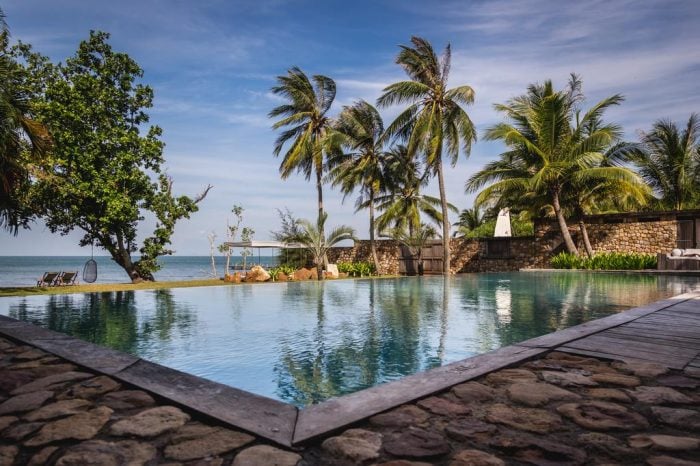 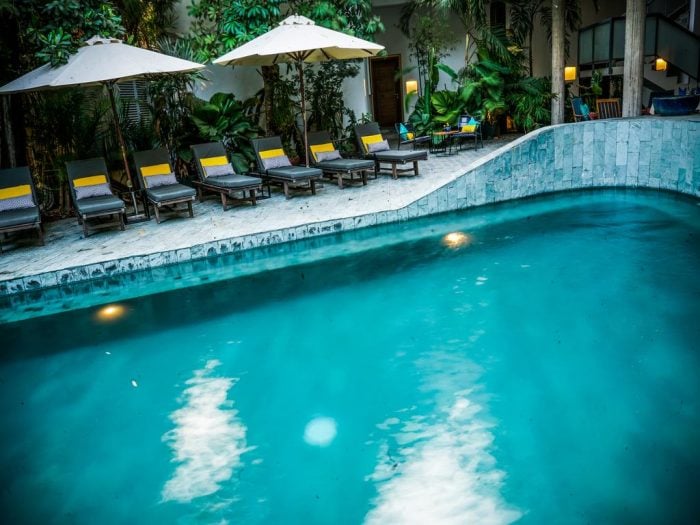 Located 500 m from the city centre, the gay-friendly Rambutan Resort offers accommodation in Phnom Penh. It features an outdoor saltwater pool and modern rooms with garden or pool views. 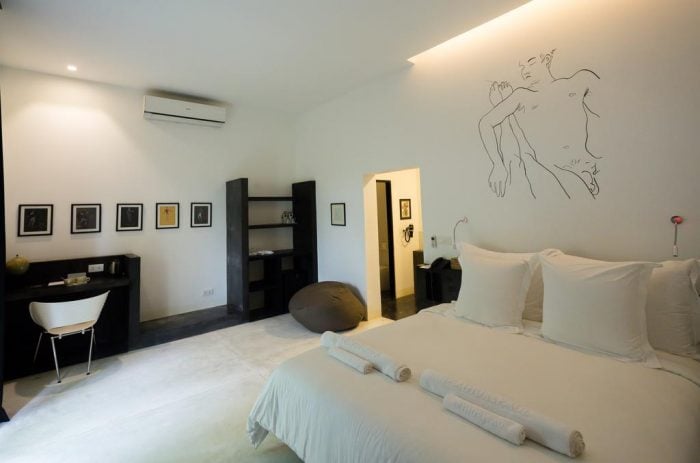 Arthur & Paul (Men Only Hotel) is the first gay hotel in Phnom Penh, Cambodia with its own tropical pool garden and spa. Offering modern, air-conditioned rooms, it also has a restaurant. 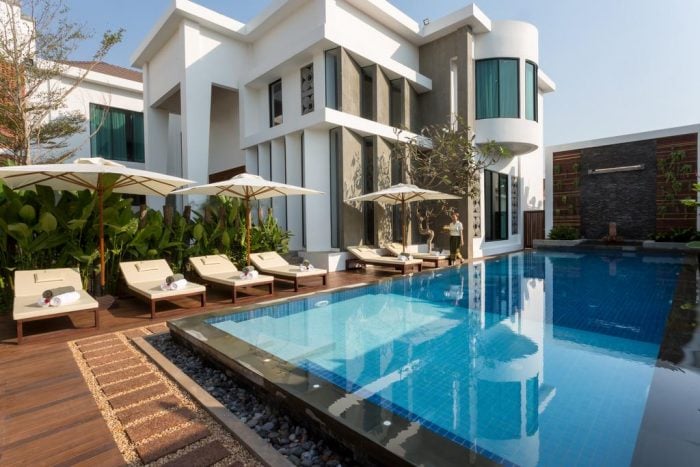 Shintana Saya Residence features a year-round outdoor pool. The resort has a barbecue and views of the garden, and guests can enjoy a drink at the bar. 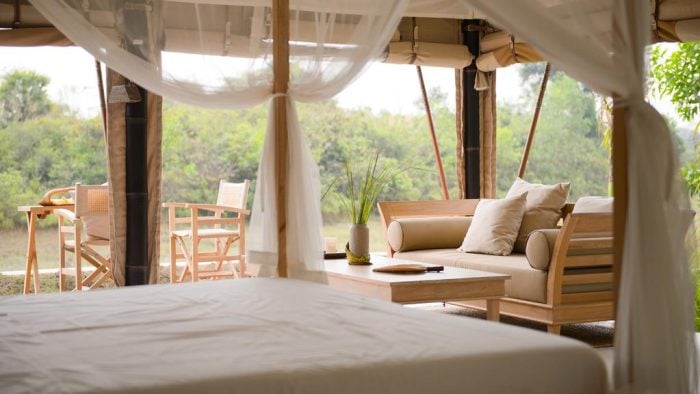 Nestled within private gardens, THE BEIGE offers tent-style accommodations away from the hustle and bustle of Siem Reap. 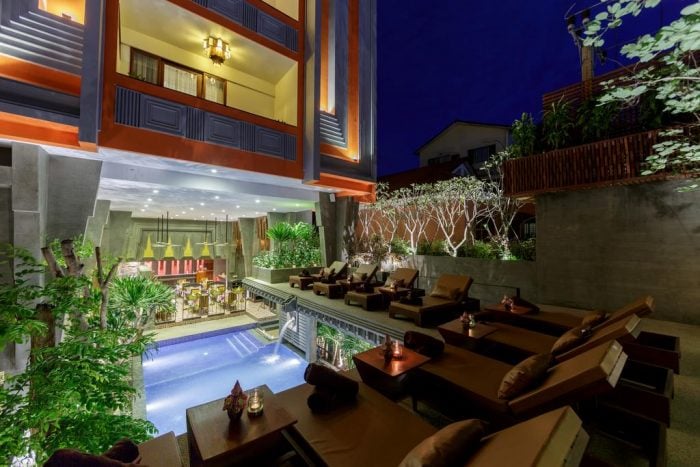 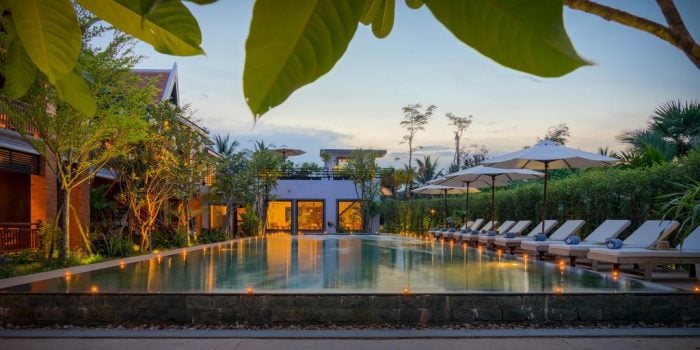 Onederz Khmer House is located in Siem Reap and has an outdoor swimming pool and a garden. Boasting free shuttle service, this property also provides guests with a terrace. 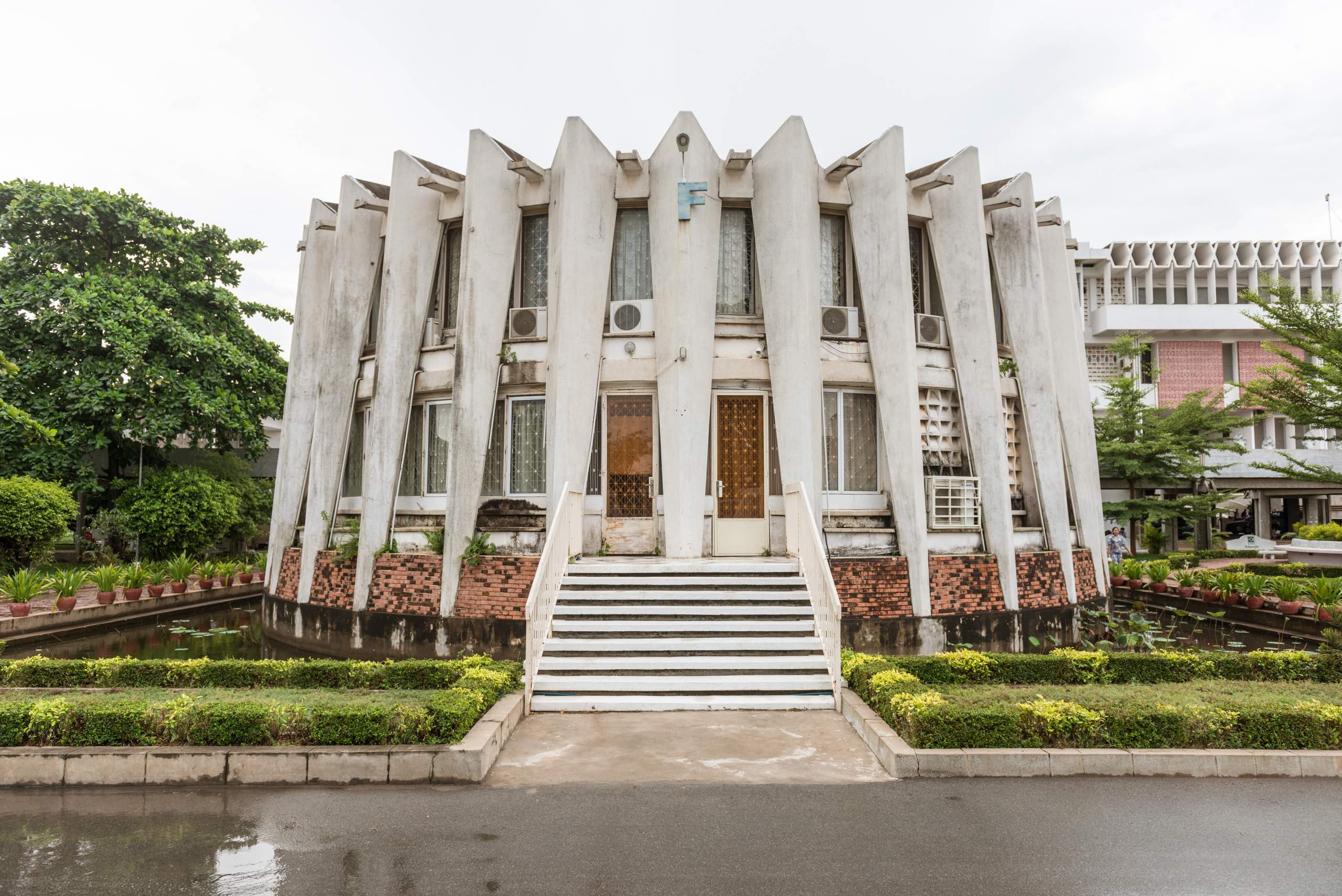 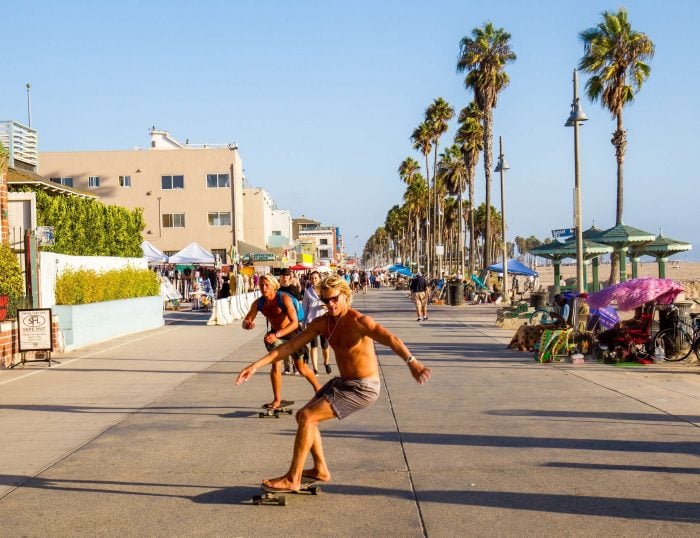 The 10 best gay things to do in Los Angeles

There are countless gay-friendly things to do in Los Angeles, across the hip Silver Lake area, the hilly enclaves of Los Feliz, and the urban valley communities. 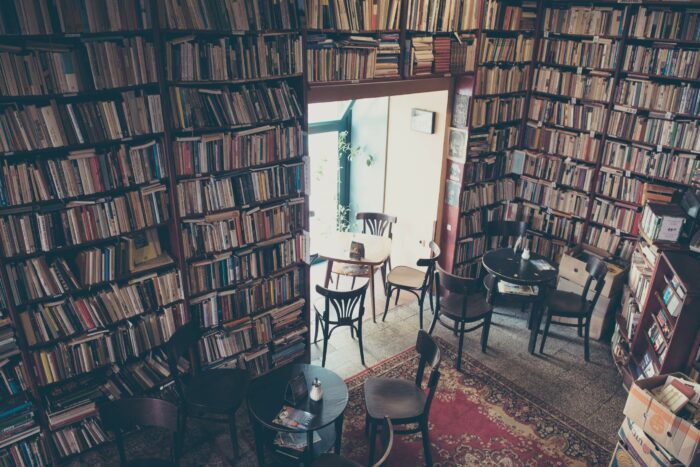 The 10 best bookstores in London for discerning readers

Londoners are such a bookish lot, with the city catering to them with its huge number of independent bookstores, some centuries old. Here is our choice of the 10 best bookshops in London, serving up a much-needed dose of literature, culture and even cake in the UK capital. Read on! 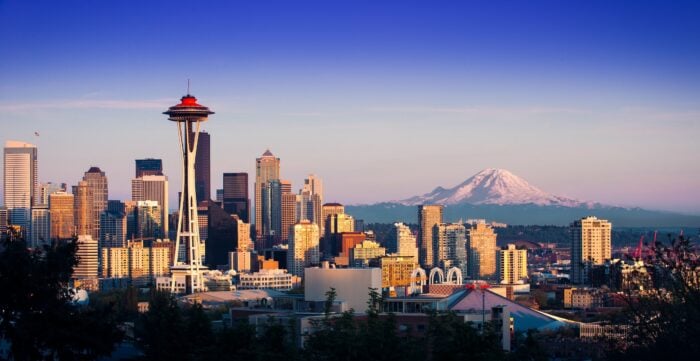 Whether you want to whale-watch in the shallows around the San Juan islands or hike rainforests within Olympic National Park, Seattle weekend getaways will surely exceed your expectations.