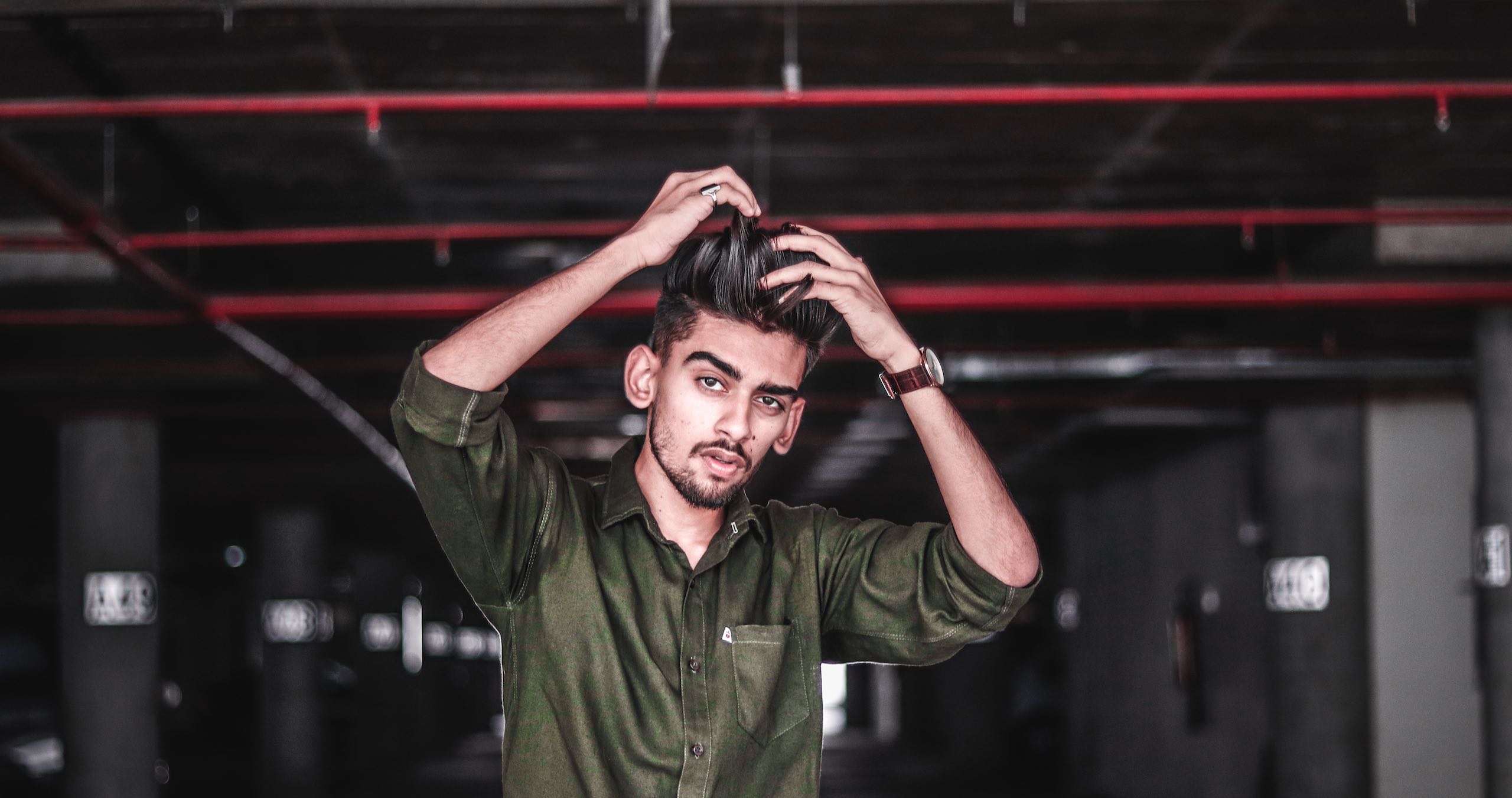 Gay India is so excited right now it’s like a bubble about to pop. In 2018, the world’s largest democracy struck down its notorious anti-gay law. When the world’s second-most populous nation and the sixth biggest economy makes such a decisive move after so long, the reverberations are powerful. Big, fat gay changes are finally on the horizon in India.

For more than a century, gays in India have lived either undercover or as outcasts. History is never simple, but India’s backstory on homosexuality is particularly confounding. Ancient Hindu myths portrayed switches in gender, homoerotic encounters, and third-gender characters and 1,000-year-old temples are carved with reliefs depicting both men and women engaging in homosexual acts. It was actually the British colonialists that brought with them the harsh penalties for “carnal intercourse against the order of nature.” These laws endured on the books for well over a century before being struck down as unconstitutional in 2018. 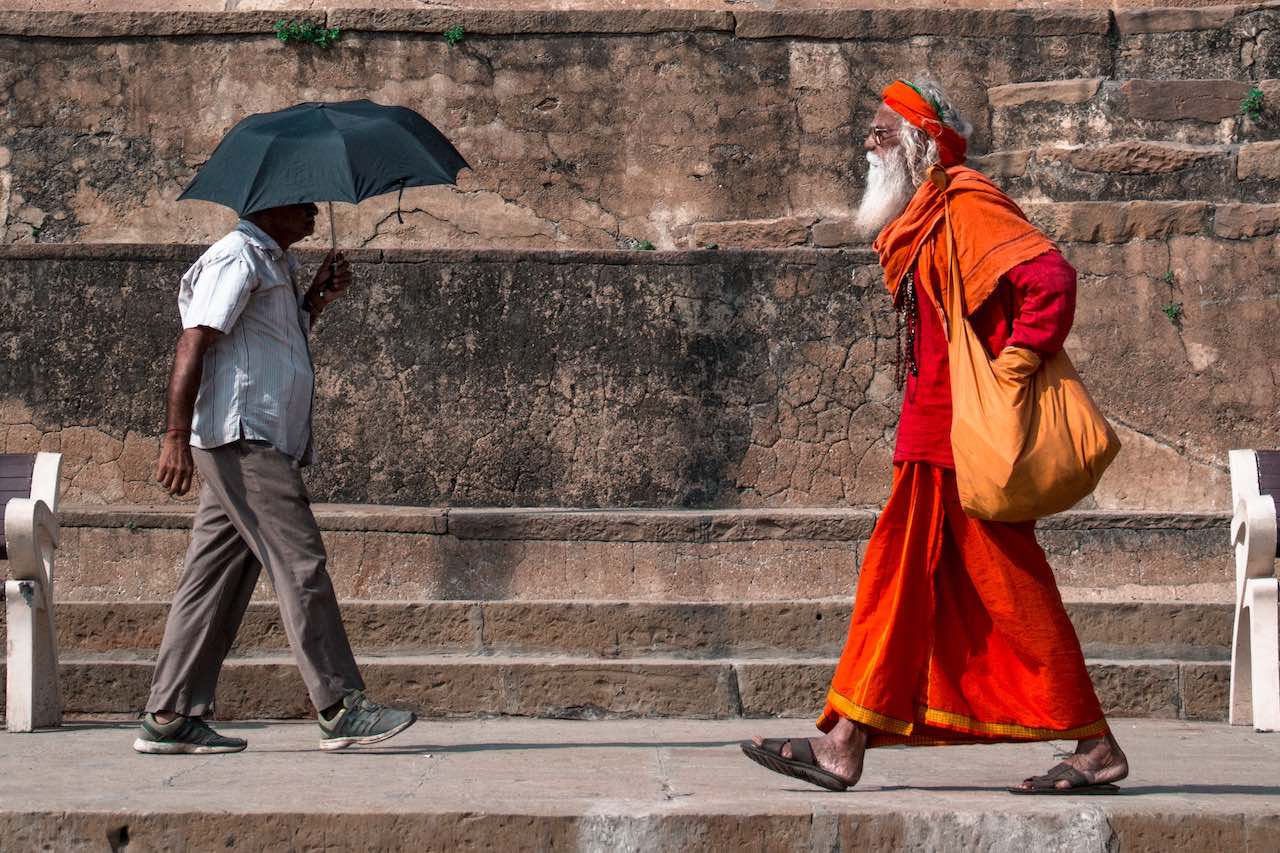 Of course, things will not change overnight in India, a deeply socially conservative country that prizes family above all else and where the vast majority of marriages are still arranged. The overall environment for LGBTQ people in India not yet friendly and so most gays are still pretty discreet. But the 2018 ruling, which finally accorded gay Indians all the protections enshrined in the Constitution, set off celebrations and the parties that are just getting started. The rumbles of change that started before the Supreme Court’s ruling will now only grow louder and gayer as India becomes a safer and more hospitable place to be gay and for gay travellers to feel at home. 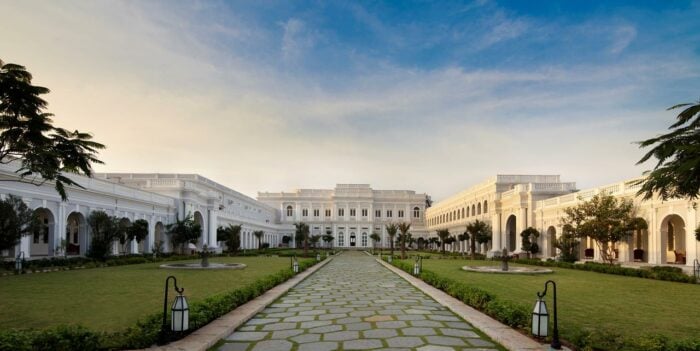 610 m above Hyderabad, this luxurious property features a blend of colonial and Indian designs. It houses a heritage walk with beautifully crafted objects from the world over and a first-rate spa. 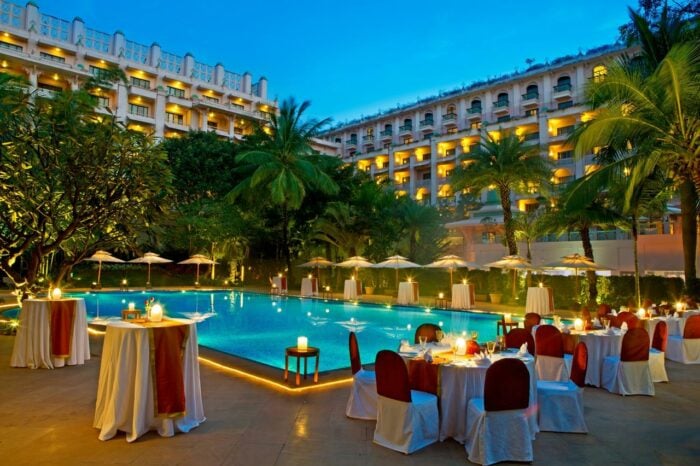 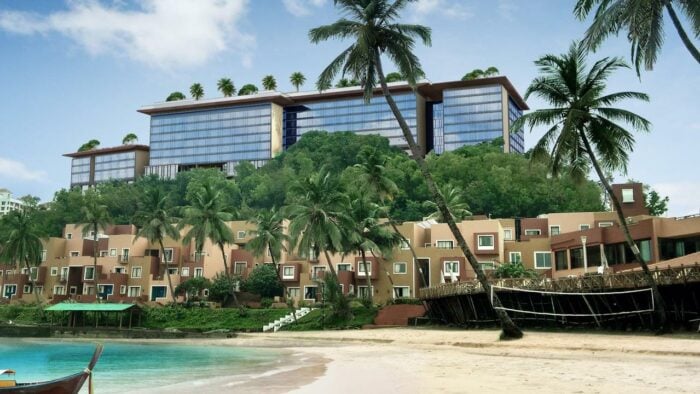 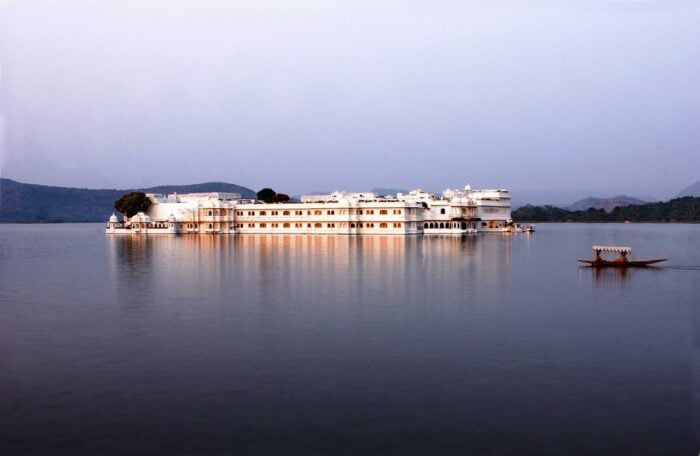 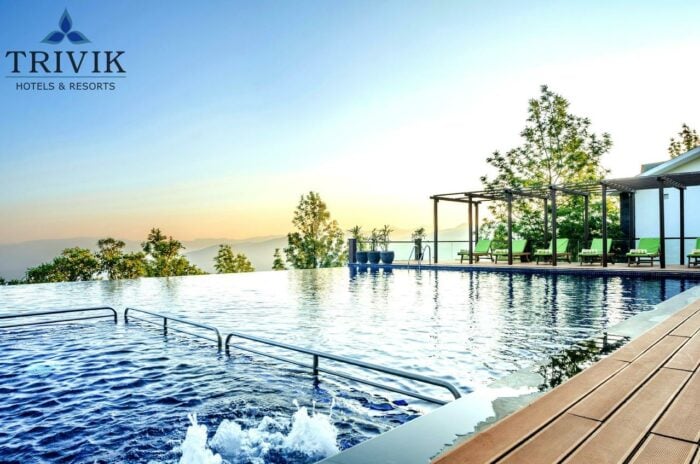 Trivik Chikmagalur Resort is 38-acre coffee plantation set on top of Mullayangiri Hills in Chikmagalūr at 1,622m above sea level. The resort offers a spa centre, sauna, and fitness centre. 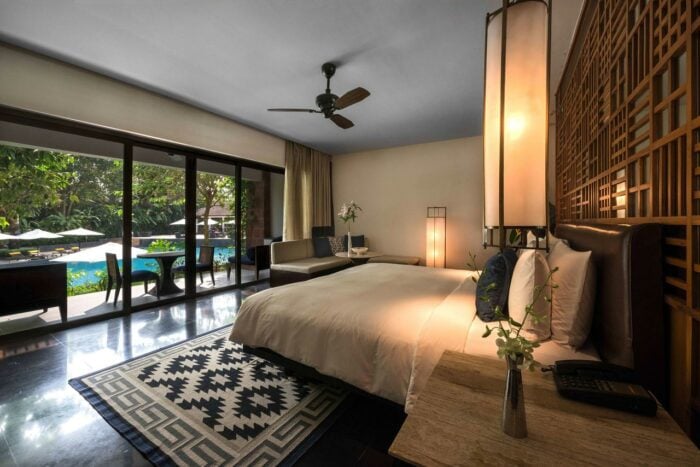 The Diwa Club by Alila is located in Majorda, South Goa, and includes a pool with an open-air spa bath, an adjoining restaurant. Luxuriously furnished rooms overlook the private Diwa Pool. 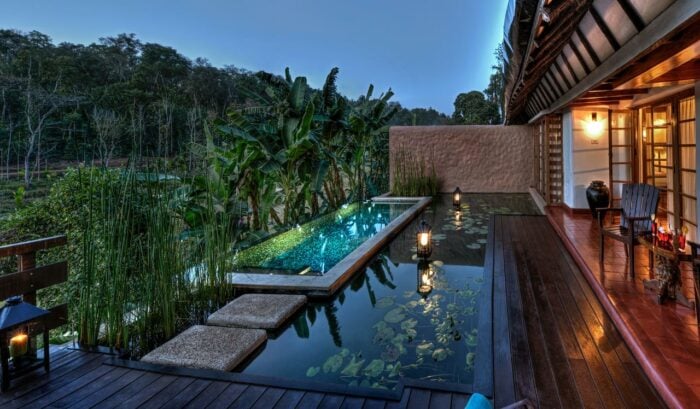 Located on the cool green hills of Coorg, this plantation resort features 4 dining options, an outdoor infinity pool and an ayurvedic spa. It also houses a gym, and free Wi-Fi access is provided. 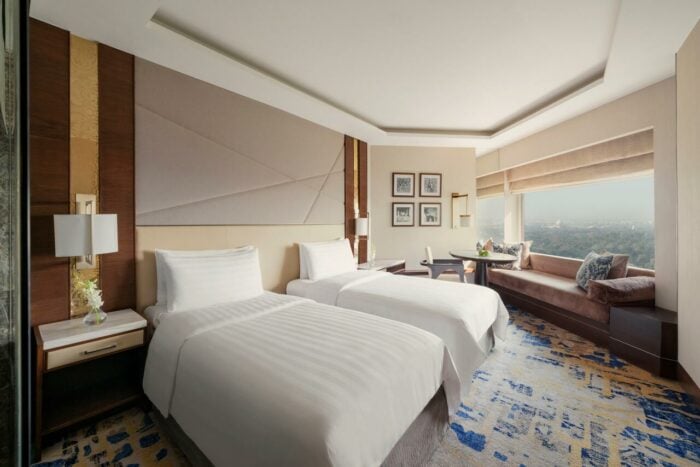 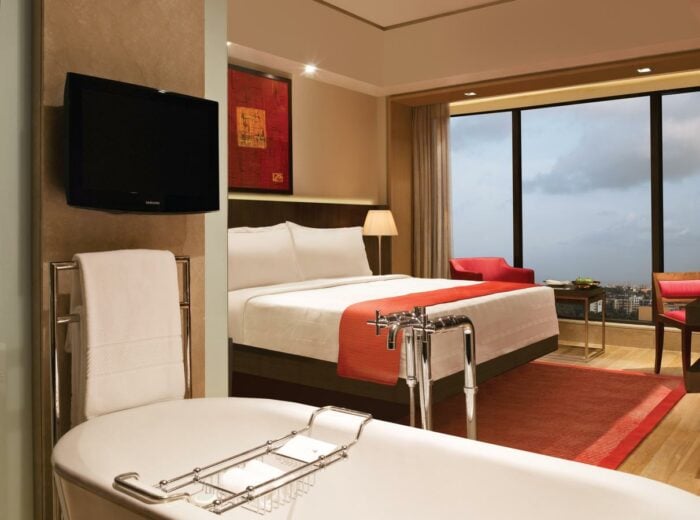 Located in North Mumbai, The Trident Bandra Kurla provides an outdoor swimming pool and full spa services. Stylish with accents of red, rooms are equipped with a A/C, TV, DVD Player and iPod. 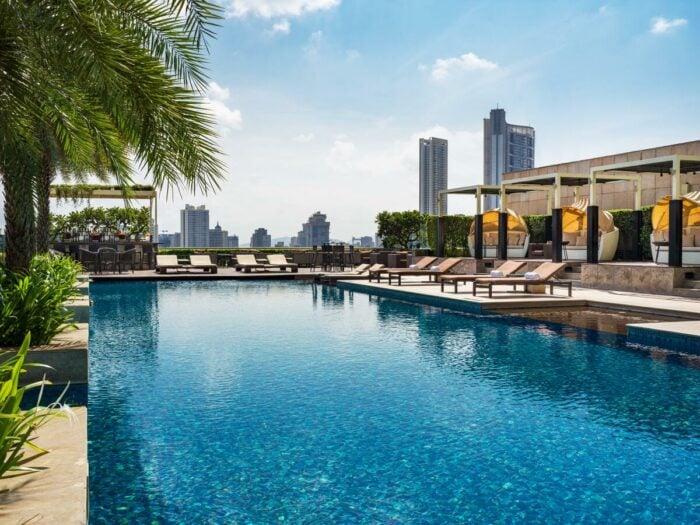 With exquisitely styled and lavishly appointed accommodations, The St. Regis Mumbai is located in city’s premier entertainment and commercial district. 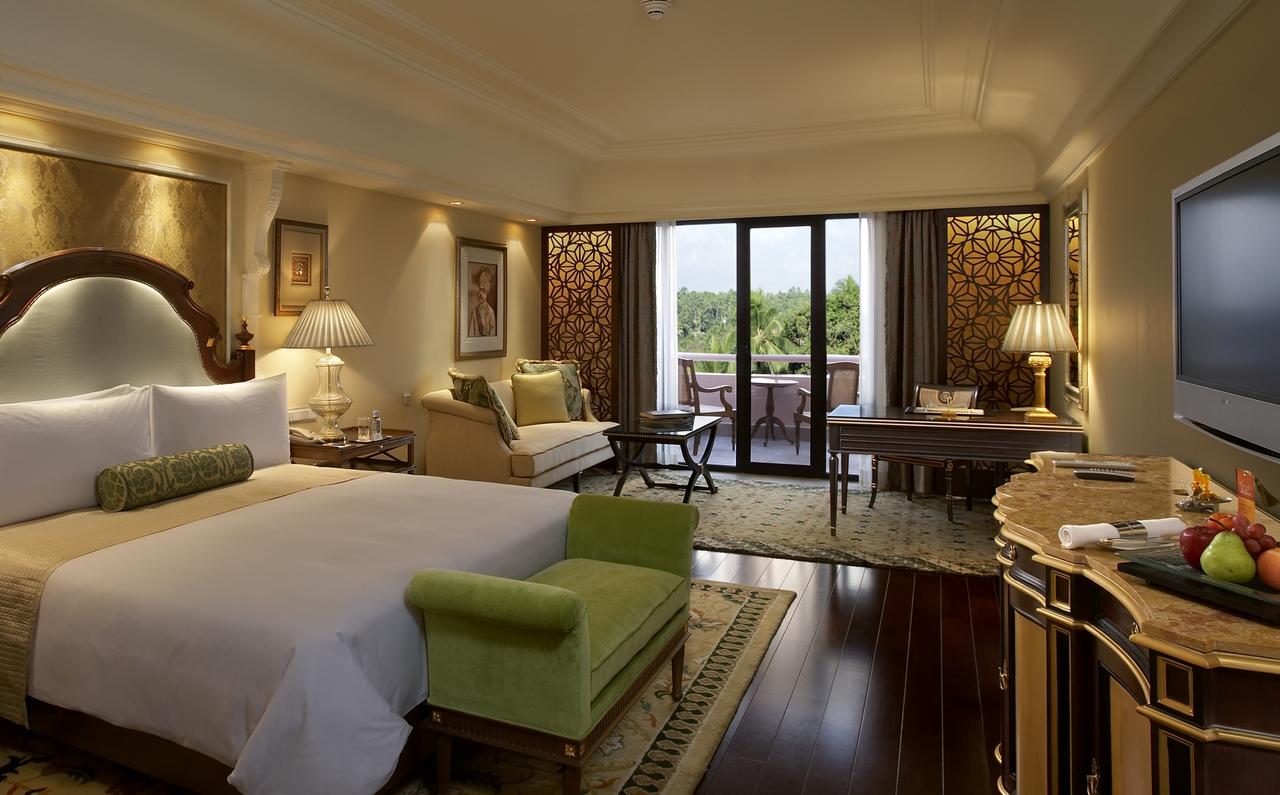 Discover more places to stay like this in India

Queer Pride celebrations in Delhi, Mumbai, Kolkata, Chennai, and other major cities will continue to flourish as will Queer film festivals in Chennai, Calcutta, Delhi and beyond. Gay Bollywood actors and actresses have come out, as has a gay prince who recently announced plans to open up his ancestral palace to LGBTQ+ Indians in need. And the “Pink Economy” is about to explode, according to industry experts. Depending on how you do the math, India’s population of 1.3 billion is home to at least 50 million LGBTQ+ adults whose combined incomes total more than a $100 billion a year. The business opportunities are infinite since currently the gay sector in India scarcely exists by Western standards. 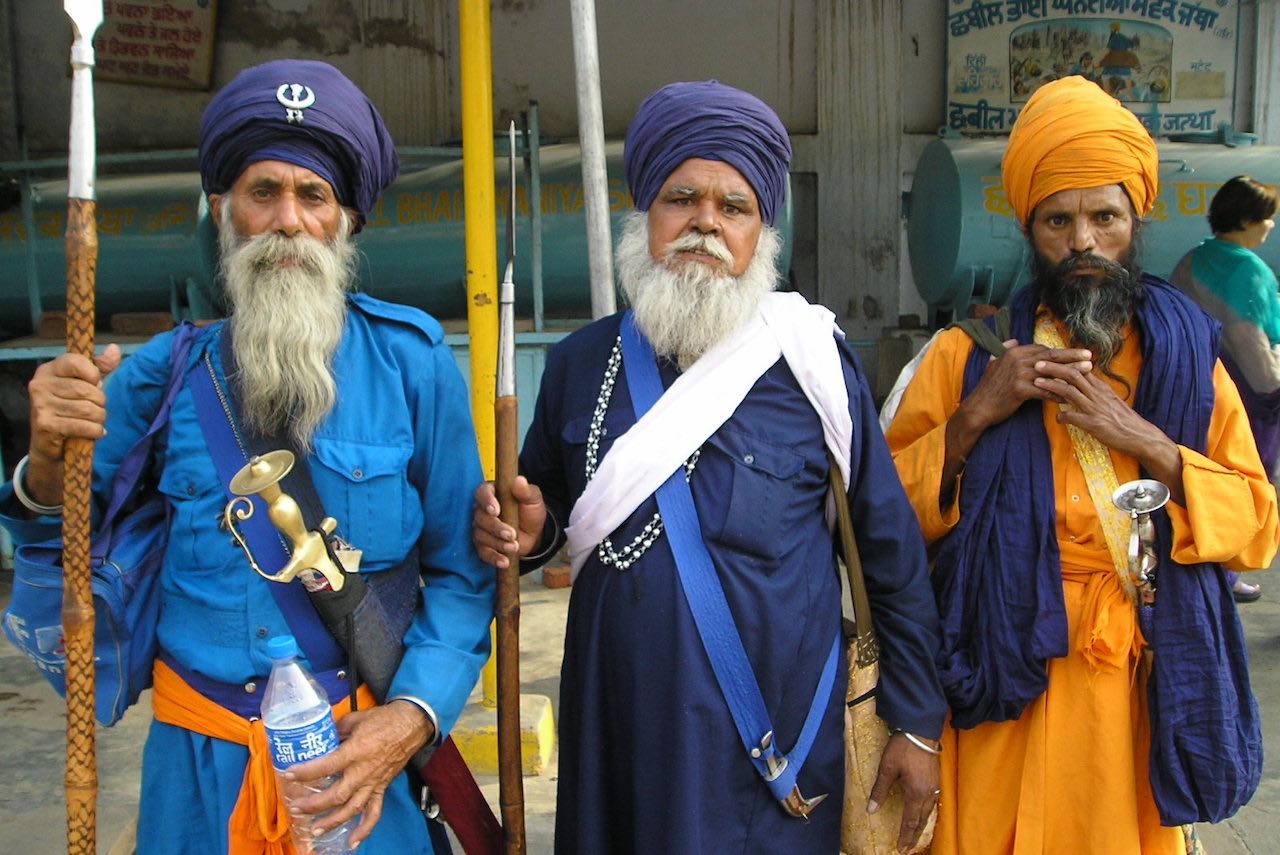 Going to India? The same team that brings you the content you love designs your perfect trip

Entrepreneurs are scrambling to create safe and welcoming spaces for gay customers and travel and entertainment brands are already at the forefront of the movement. A gay version of Netflix is on its way to streaming gay content to the subcontinent. Expect to see gay bars, clubs, resorts, hotels and fashion brands leading the charge in courting gay consumers followed by the more conservative industry sectors of insurance, finance, banking and auto. A number of Indian gay travel companies have already made headway. These include Delhi-based gay-friendly travel agencies Serene Journeys, Pink Vibgyor, Planeta Rosa and Indjapink, which recently opened Mister & Art House, India’s first men’s only boutique guesthouse and art gallery. Kitty Su, a nightclub at LaLiT hotel in Delhi is an all-inclusive gay hotspot where Mr Gay World India was crowned. 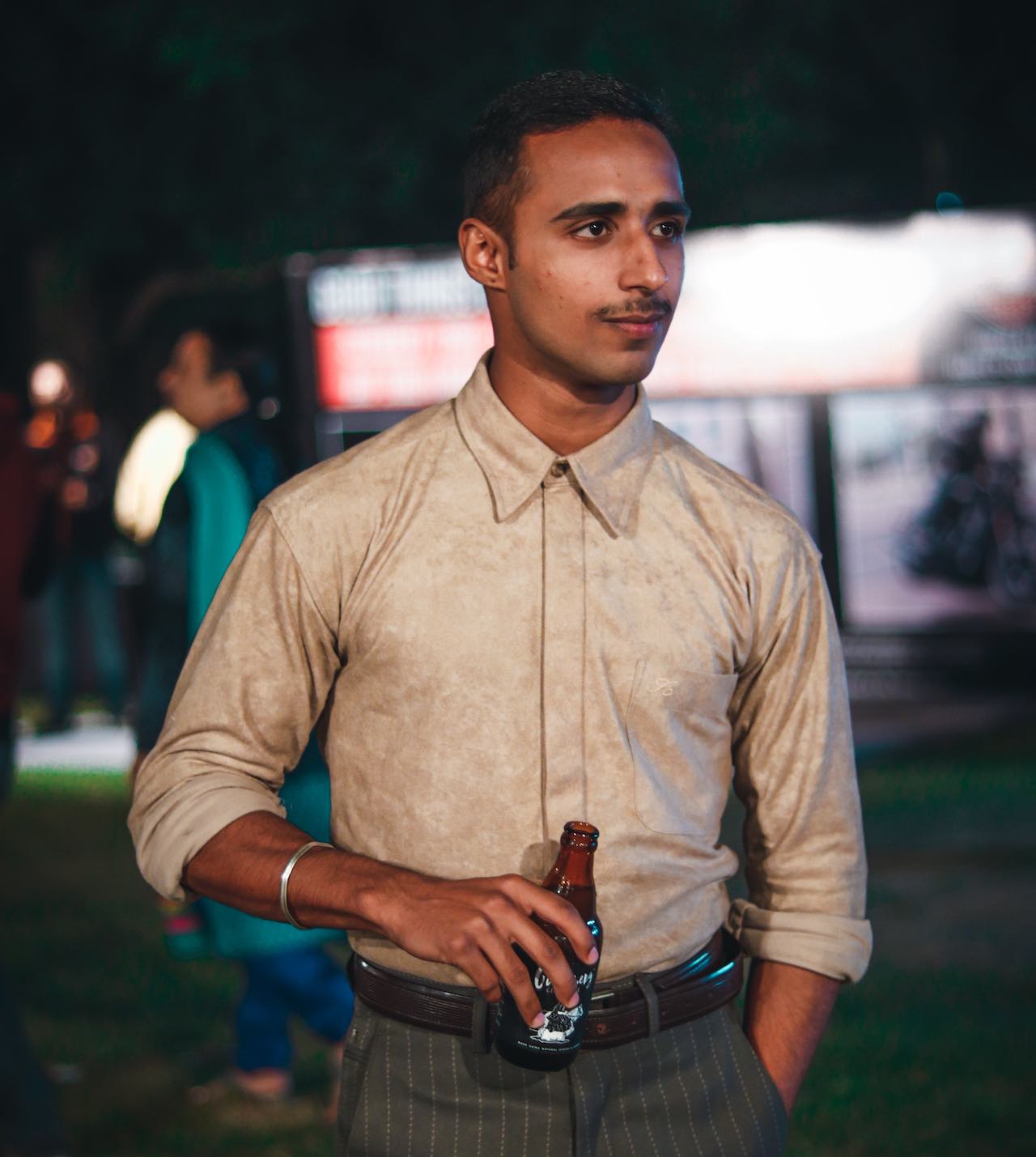 All of this forward motion and optimism for the gay community makes India a destination that should be on any gay traveller’s list right now. A deeply spiritual place, India gave birth to four of the world’s major religions – Hinduism, Buddhism, Jainism, and Sikhism. And don’t forget, it is India that gifted the world yoga and meditation and is, therefore, a powerful place to go on retreat. Bewilderingly, India can also be a jarring and maddening place to travel because of its overpopulation, heat, touts and all around chaotic vibe. That’s all part of what makes it incredible in addition to its seminal sites, the Ganges River, the Himalayas, the beaches of Goa and the Pink City of Jaipur, not to mention 37 World Heritage Sites, the sixth most of any nation. The UNESCO sites include not just the iconic Taj Mahal but some lesser-known wonders: the hill forts of Rajasthan, the mountain railways and the architectural works of Le Corbusier in Chandigarh.

The world is taking notice of India’s incredibleness and it’s happening quickly. Another reason to consider going now instead of waiting: foreign tourist arrivals doubled between 2008 and 2018 from 5 million to 10 million, with the US, UK, Canada and Australia providing the most overseas visitors. Delhi, Mumbai, Chennai, Agra, and Jaipur were the most visited cities. India truly is one of the most incredible, tumultuous and wondrous destinations on earth. One thing is sure. You will not come back from a trip there unchanged. India is simply too powerful to allow for that. 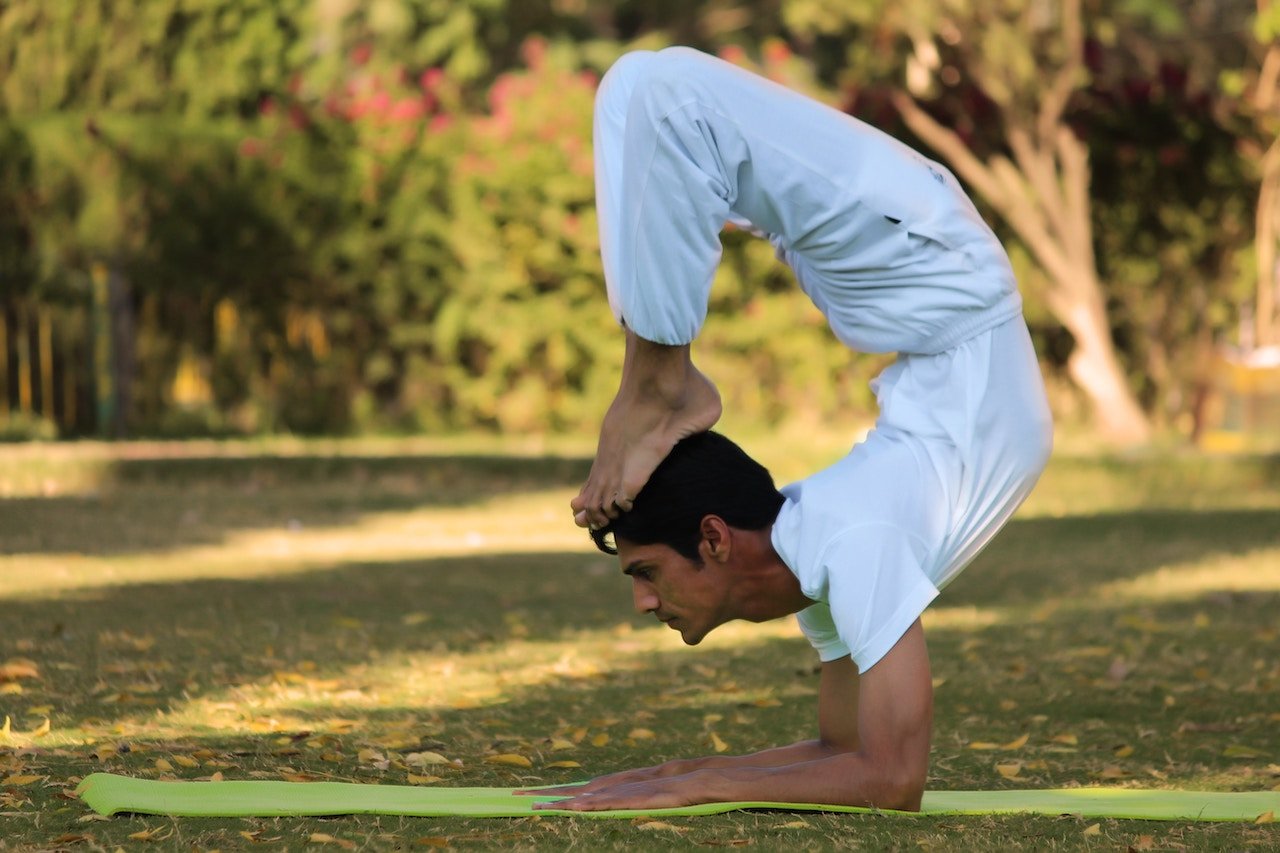 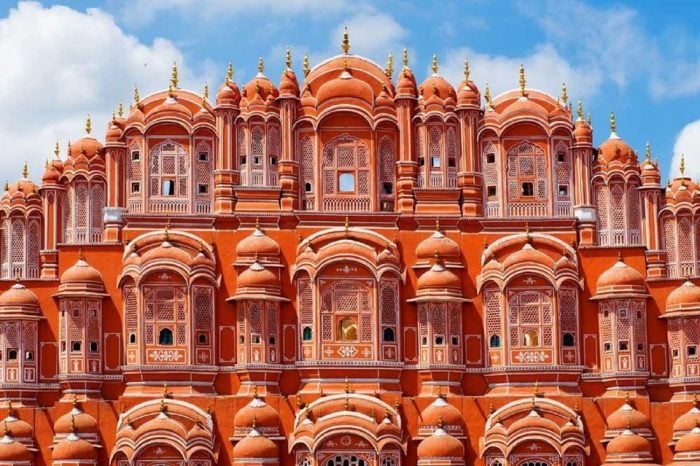 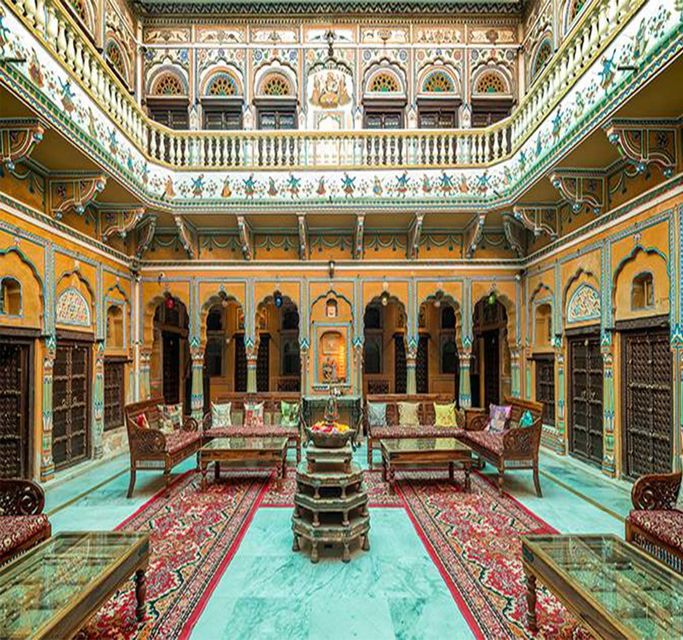 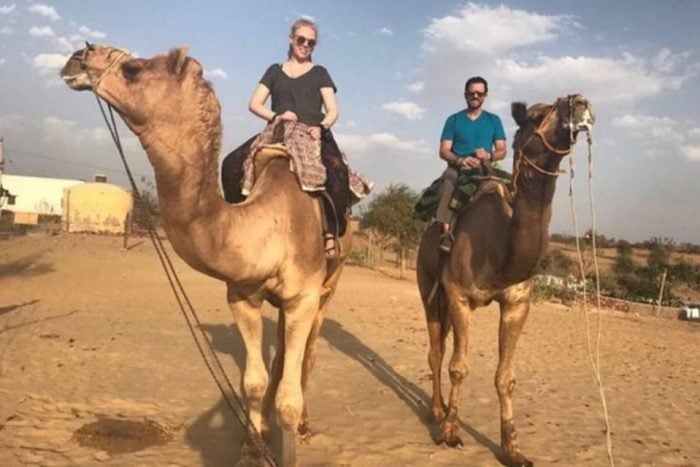 From Jodhpur: Overnight Stay in Desert with Camel Safari 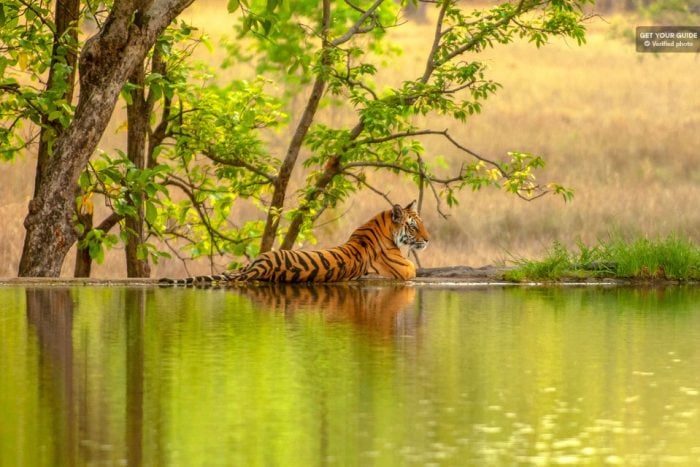 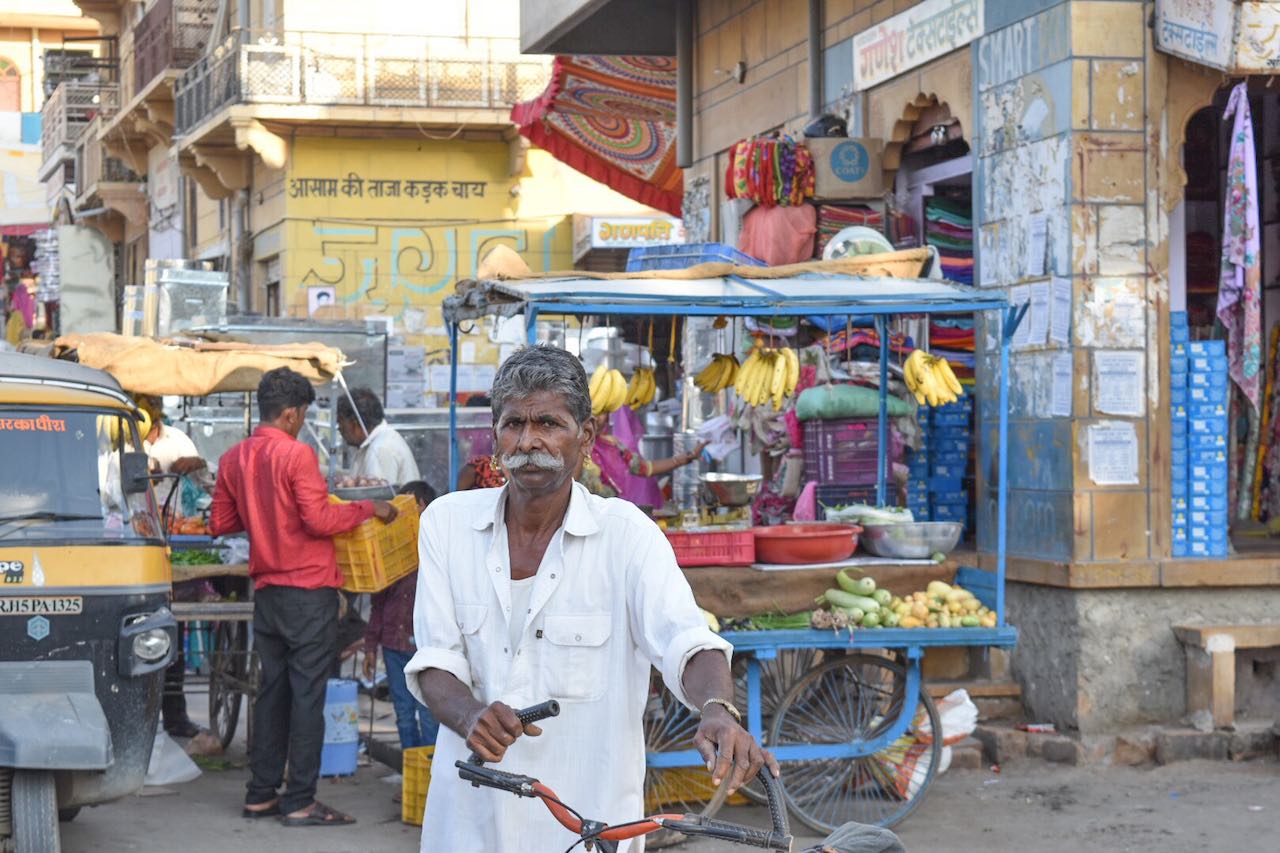 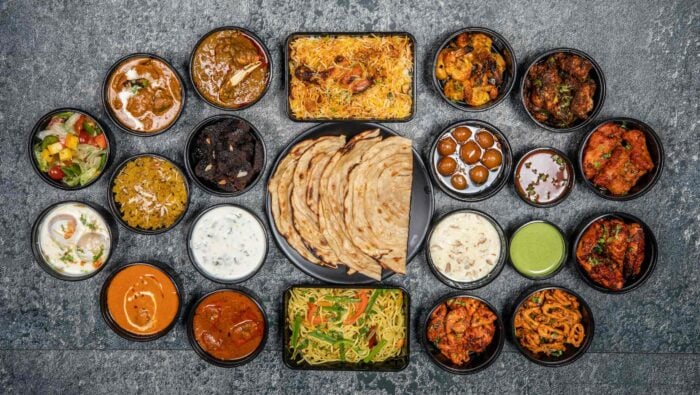 The best recipes of India: All you need to know about Indian food

You don’t even have to visit India to be brought into the aromatic world of Indian cuisine, as Singapore’s Little India, Vancouver’s Punjabi bazaar and London’s Southall will all attest. 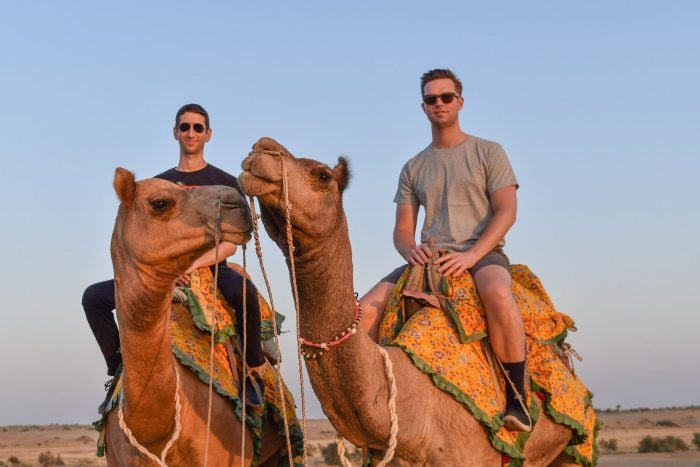 Things to do in Rajasthan

Travel to Rajasthan, and you’ll immediately see why many consider it to be the crown jewel of India. The second largest state in the country, Rajasthan is a place of swirling turbans, swaying camels, sweeping forts and opulent palaces. 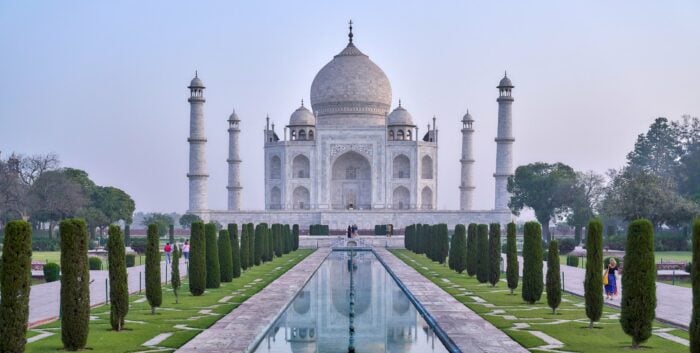 Capturing hearts and minds with its diversity of tea-strewn landscapes, key religious sites and dizzying cities, India has long been a bucket-list destination for courageous globetrotters.