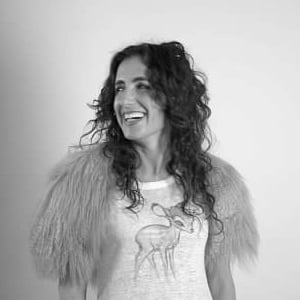 Bronx native Suzi Siegel is an award-winning crime reporter turned travel writer. Her first book, Tiny New York, is an offbeat guidebook about the smallest things in the biggest city. The undersized coffee table book was chosen by Fodor’s as one of the year’s best travel books. Siegel lives in Jackson Heights, Queens, one of the world’s most diverse neighbourhoods, because it’s exactly like travelling even though it’s home.

A chaotic megacity where monks in saffron robes are as easy to spot as ladyboys, Bangkok is a study in contrasts. It’s traditional and it’s irreverent. It’s naughty and it’s spiritual. It will nourish you and suck you dry.

Have you fully lived if you’ve never walked the Great Wall of China? A trip to Beijing lets you check that box as well as plenty of other marvels.

Beirut, in the Mediterranean hub, is a hotspot for food, wine, nightlife, art, design, fashion and anything else you could ever want from a city. Make this ancient-city-slash-cosmopolitan-playground your next big trip.

Delhi stuns and Delhi shatters. And then it puts you back together again. The city is an assault on the senses, but it doesn’t have to be a bad thing.

Lima is a marvel. A sprawling city in a sprawling desert on the edge of the Pacific, with a World Heritage Site colonial centre and more inhabitants than NYC, the art and fashion scenes are buzzing.

The “Pearl of the Orient Seas” sobriquet is fitting, since the shelled mollusc doesn’t look like much from the outside, but inside an iridescent gem awaits to be discovered—if you’re willing to exert some effort to pry it open to get at it.

Perched in the Andes at the foot of an active volcano, Quito is the world’s highest capital city also has one of the largest and best-preserved historic centres in Latin America.

San Miguel De Allende is Mexico’s most lauded colonial city and a place travellers return to again and again, many of them deciding to move there for good. It is a progressive, sophisticated, welcoming place for gays.

In Singapore as a gay traveller you will feel gladly received everywhere you go despite the antiquated laws still on the books.

If you’re tired of the whole Eggs Benedict and mimosa thing, here are some of the top places for an exotic brunch in NYC with a few of the best gay brunch places thrown in for good measure.

Gay India is so excited right now it’s like a bubble about to pop. In 2018, the world’s largest democracy struck down its notorious anti-gay law. Big, fat gay changes are finally on the horizon in India.

The majestic Himalayan nation of Bhutan is the only society that officially measures the collective happiness of its people instead of emphasizing GDP.

The 10 best city breaks in Europe from London

The beauty of living in London is that it’s so close to so many quick getaways that make you feel like you’ve actually gotten away.

The best gay bars in Orlando

Orlando is the tenth gayest city in the US percentage wise and its gay nightlife and gay bar scene is a testament to that fact.

Literally known as “America’s First Gay and Lesbian Town” since the 1930s, no summer resort community in America has more gay creds than Fire Island.

The best pet-friendly hotels in NYC

Does it even count as a vacation if you don’t have your dog with you? If your answer to that question is a resounding “No!” New York City is your kind of town.

Things to do in Tahiti

The Islands of Tahiti are home to not only the most stunning beaches in the world, but to wild jungle, dramatic mountain peaks, and rich culture dating back thousands of years.

If you have the incredibly good fortune to spend two weeks in Vietnam, you are guaranteed an unforgettable journey that fulfils all five of your basic senses and perhaps a few others you never knew you had.

Why you should consider a gay cruise, even if you think it’s not for you

If you’ve never been on a gay cruise, trust us, once you’ve tasted this most ultimate of freedoms, you’ll realise why people go.