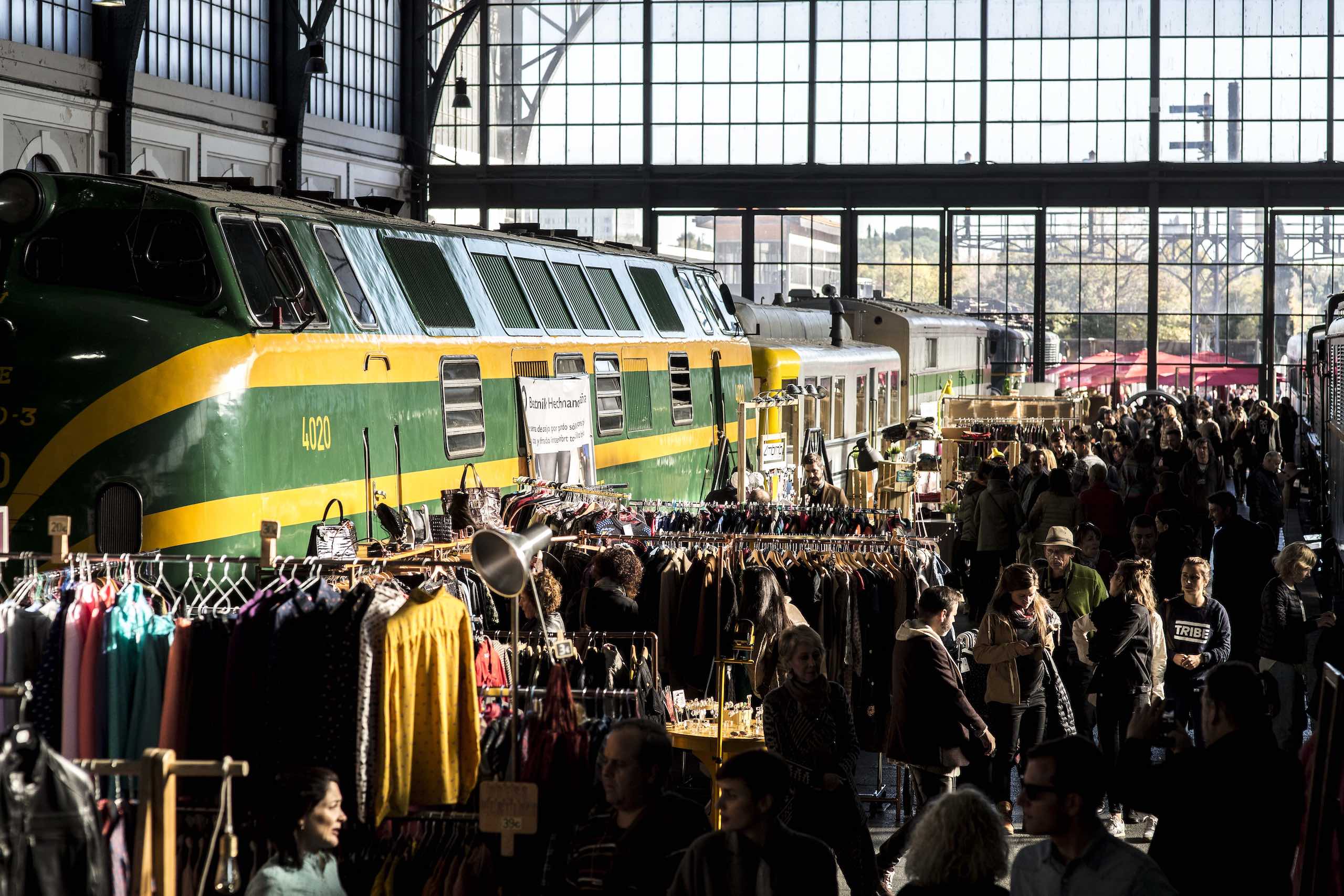 Spain in general (and Madrid in particular) has a long-standing tradition of manufacturing quality artisan goods and textiles. Add to the mix a multicultural point of reference and desire to impress, and you’re left with exceptional shopping options to treasure. One weekend every month, old pairs with new at the storied railway station Delicias, home to the Museo del Ferrocarril (Train Museum), as it transforms into the Mercado de Motores. A joyful second-hand flea market, it offers retro wares, antique collectables, handmade trinkets, and art pieces, all of which you can scour while sampling gourmet bites and beers over the sounds of peppy live performances.

The history of Mercado de Motores

Mercado de Motores was founded in 2012 and it was set in the old Nave de Motores in Madrid, built in the early 20s – that’s where it takes the name from. This incredible space, owned by Metro de Madrid, has a lot of machinery that used to be employed in the construction of trains in the 19th century. After a year, Mercado de Motores was such a success and attracted so many people that its founders, Juan Fraile and Teresa Castanedo, had to look for a larger space.

After some talks and negotiations, its newly-chosen home was Museo del Ferrocarril, owned by the Spanish national railway company RENFE, which is a beautiful landmark station from the industrial era, full of locomotives and electric trains. 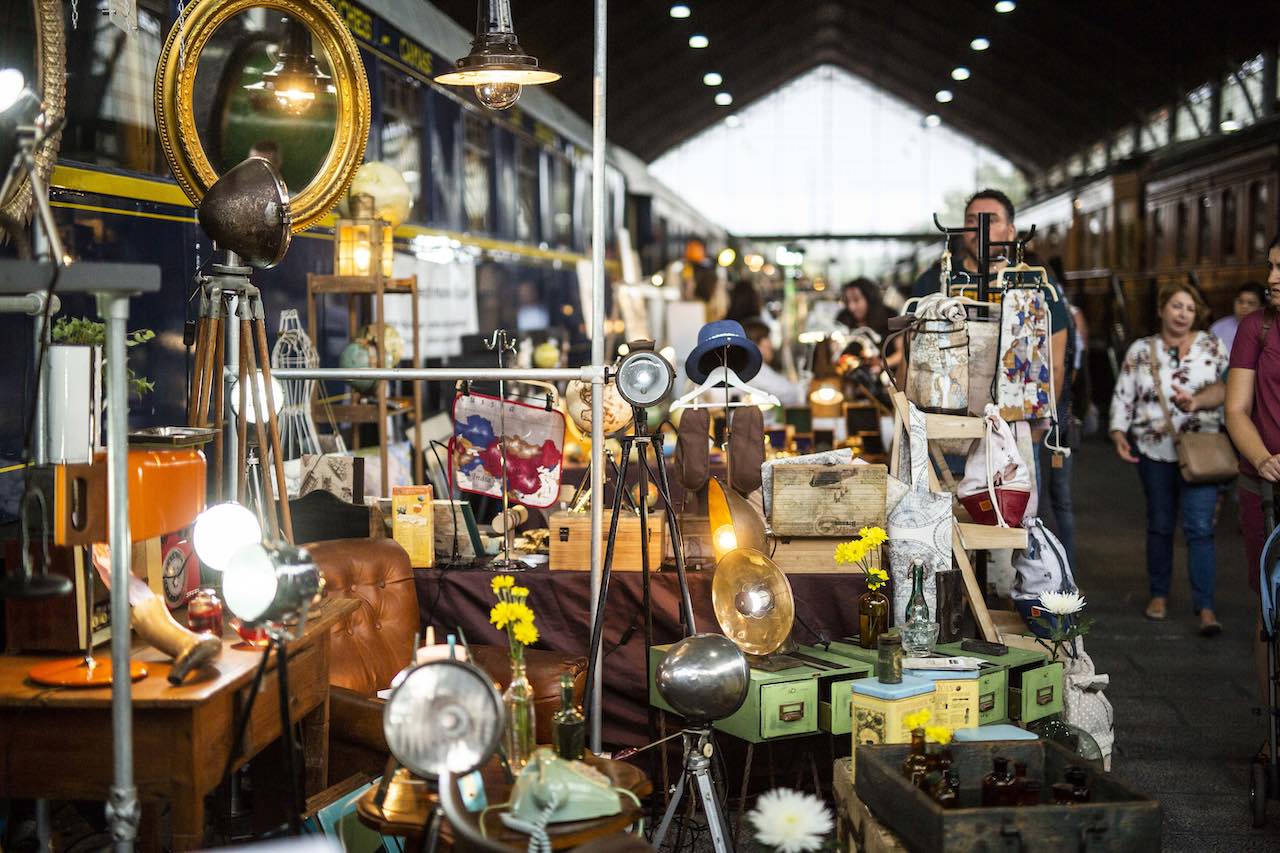 We select the best gourmet, fashion, art and vintage sellers in town

What makes the market special?

First of all, the train station itself because it’s like travelling back to a Julio Verne’s novel. Second, the vendors inside the station. We select the best gourmet, fashion, art and vintage sellers in town so rest assured you’re going to find something very unique among the platforms. Third, the fun! There is always a band playing outdoors and we’re giving away free drinks for those who dare to come up to the stage and sing a song. And last but not least: the food. We host a lot of food trucks with delicious menus that include vegan and vegetarian options.

Why is the Mercado de Motores so popular with the gay community?

I guess it’s a fun weekend destination for everybody. Mercado de Motores pulls in a very diverse audience – grandparents, families with kids, young gangs, gay couples – and the cool thing is that everybody is so respectful with everybody because all visitors are in the mood for fun and having a good time. 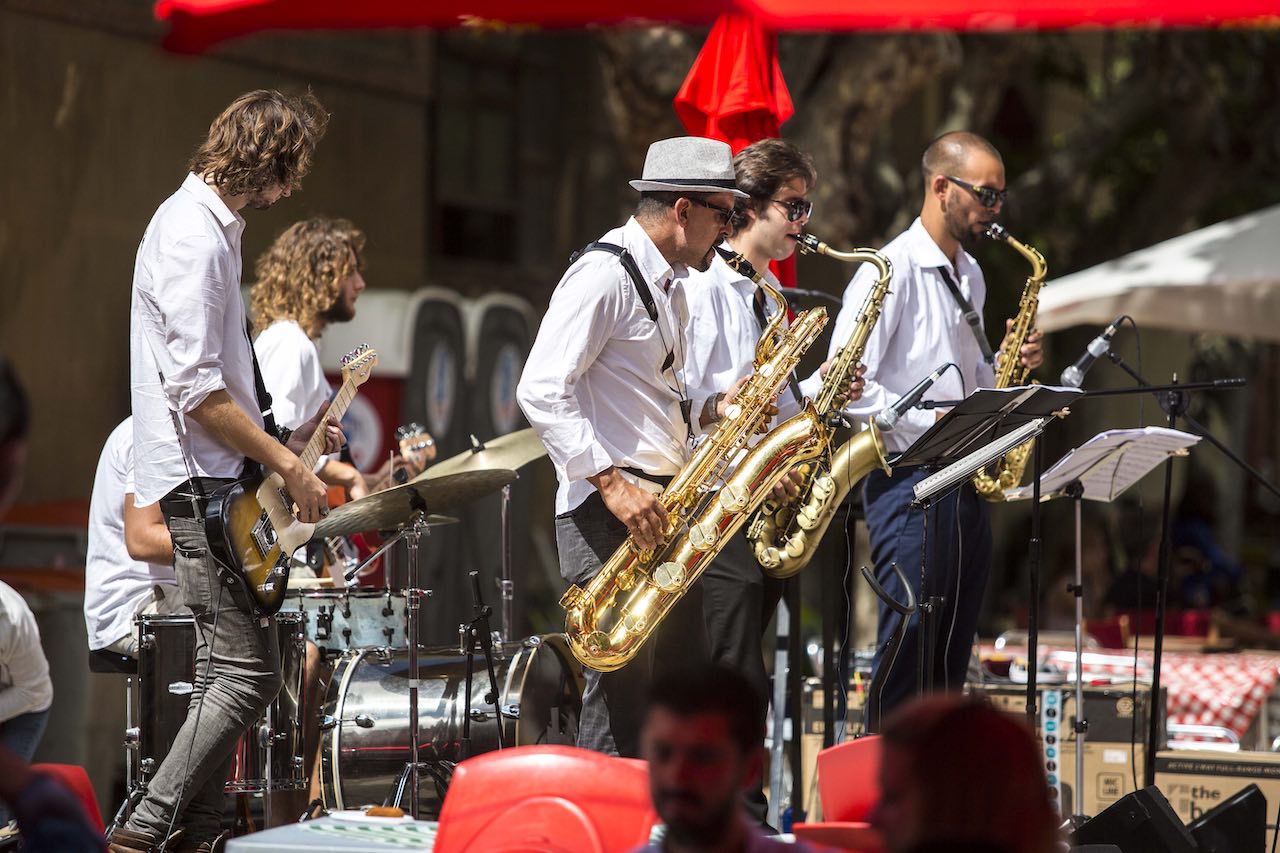 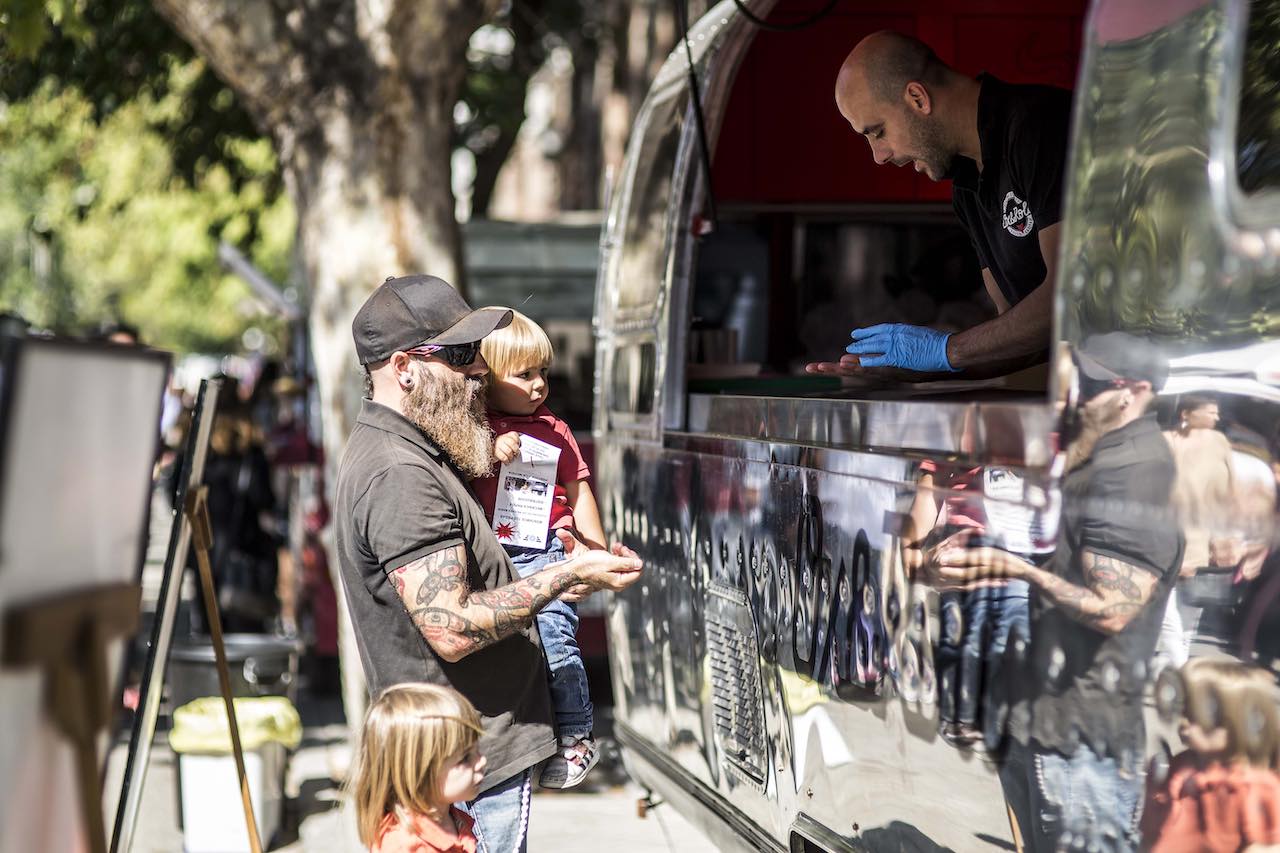 How do you keep up with changing customer tastes and demands?

That’s difficult but we always try to improve the service and keep it fun. Sometimes, we also need to make some choices that aren’t very popular initially. For instance, we recently introduced reusable cups to reduce plastic waste. We charge 1€ for it but the customer can get his money back if the glass is returned at the bar. Alternatively, they take home a beautifully-branded souvenir that can be used at home.

At first, people didn’t go along with it but, after a couple of months everybody got it and they take the glasses home most of the time 🙂 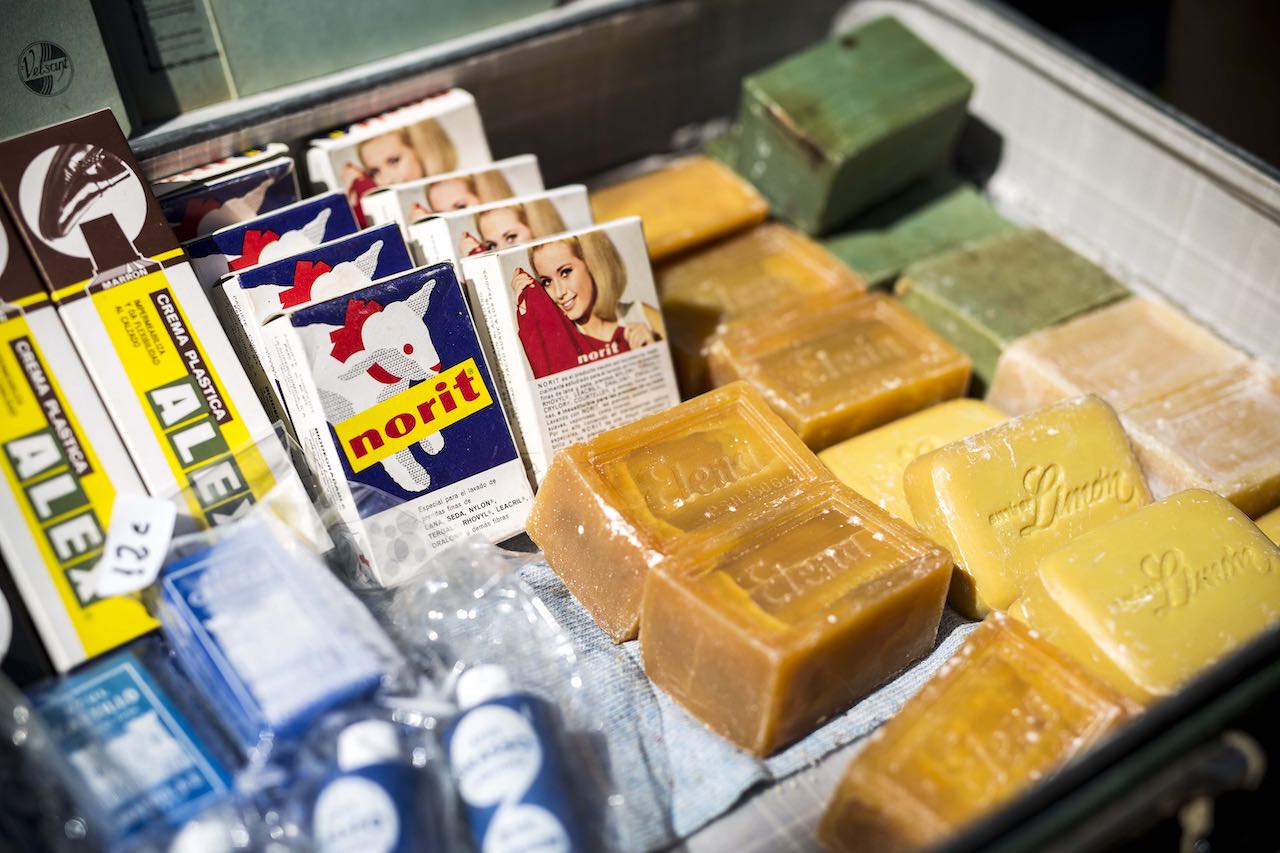 Why did Teresa and Juan start Mercado de Motores?

Teresa and Juan are two entrepreneurs that felt something was missing in Madrid. They had travelled all around the main cosmopolitan cities visiting different flea markets in Paris (Marchée aux puces), London (Portobello, Spitalfields), Lisbon (LX Factory) and New York City (Brooklyn Flea). After all these trips they wanted to create a similar market where you could find unique and special objects. 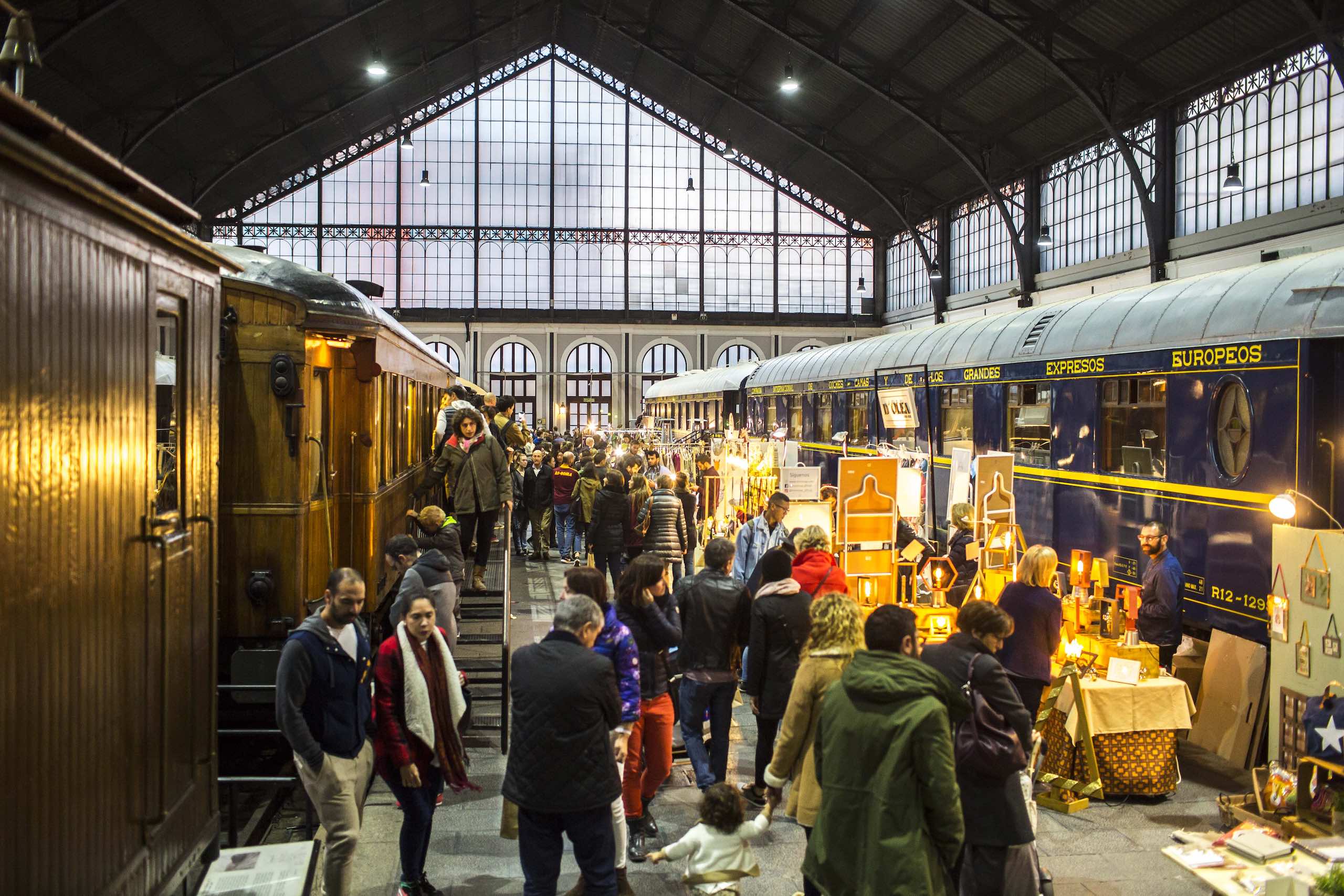 What makes Madrid such a great destination?

Madrid is such an open-minded city. Its people are very friendly and respectful. We’re very welcoming, always willing to help. Also, we like to enjoy life. Whenever there’s a ray of light, which is very common because of the great weather, we get together with friends and fill the bar and restaurant terraces, having the best table talks. 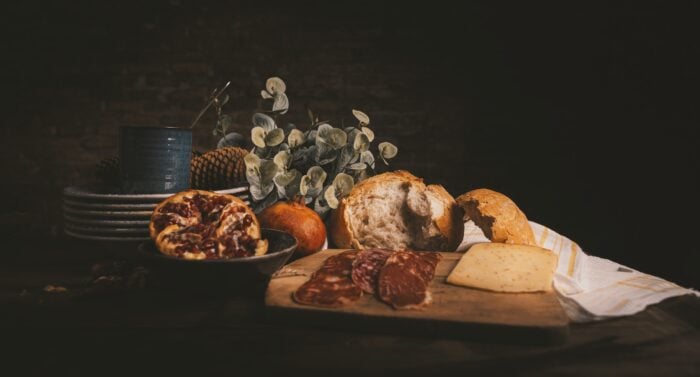 Made in Spain: 15 authentic local dishes you must try

Picture a table at any authentic Spanish restaurant and you’ll likely see it laid out large with shared centrepieces of seafood paella and smoked meats, accompanied by paprika-infused small plates and the obligatory sangria jug flowing freely off to the side. 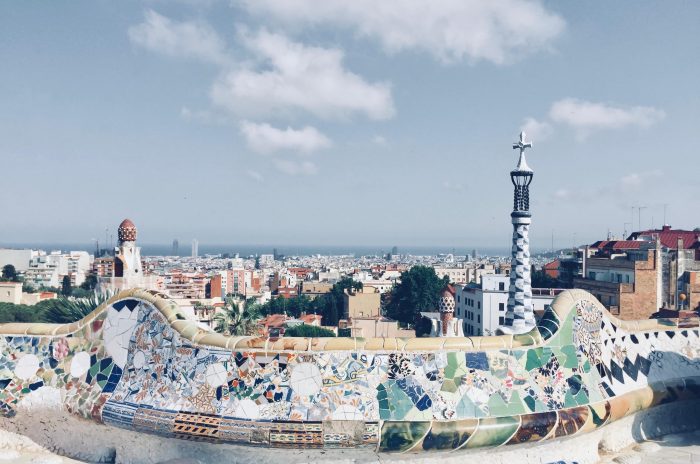 The best rooftop bars in Barcelona

Barcelona’s year-round sunshine & vibrant spirit lays the perfect foundation for a great rooftop culture, peaking just before sunset each night of the week. 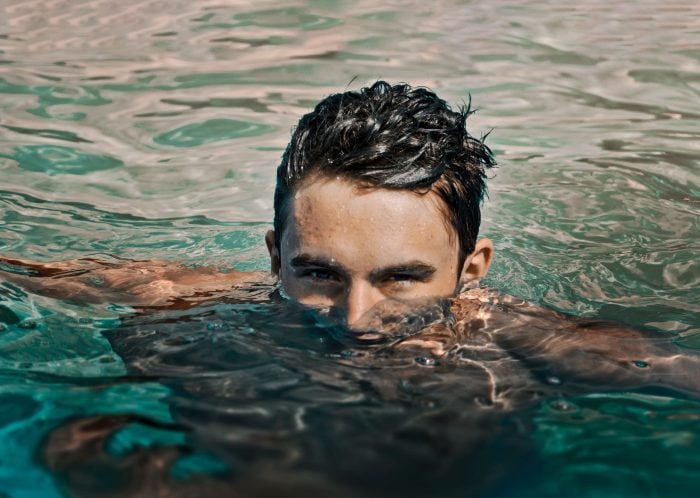 Things to do in Sitges

Just half an hour along the coast from Barcelona, the Mediterranean beaches of Sitges are one of Spain’s most gay-friendly holiday destinations.