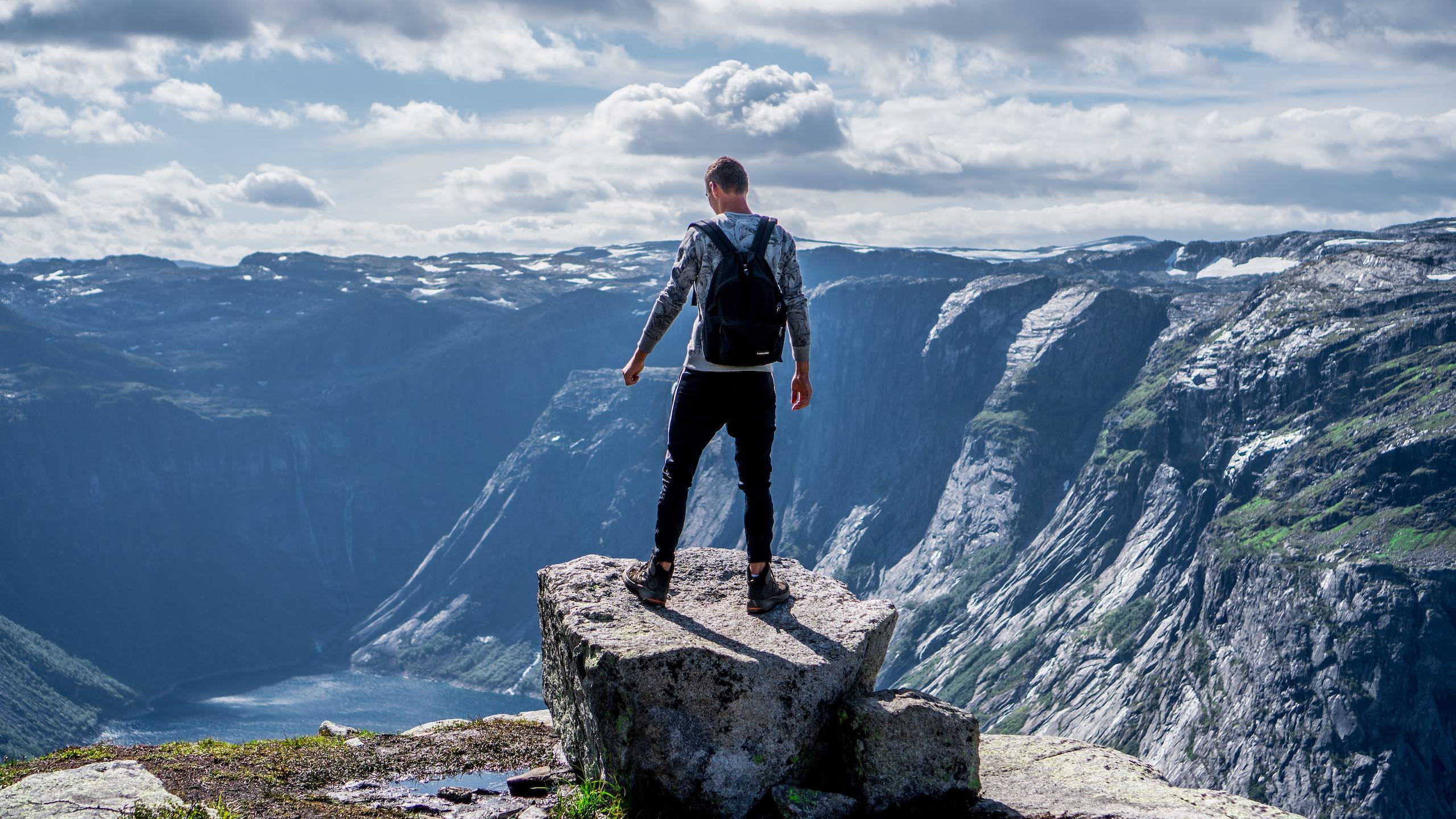 Things to do in Norway

Stories > Experiences > Things to do in Norway
Curation by Jamie McGhee, words by Ian Packham

Norway can seem like a dream. Fjords carve deeply inland to form the country’s spectacular coastline, which stretches far beyond the Arctic Circle to the distant Russian border, meeting mountains, glaciers, and fairy-tale forests along the way. Norway’s cities feel more like quaint coastal or alpine villages rather than anonymous metropolises, yet boast a vibrancy and cultural impact that make larger countries jealous. Consistently ranking as one of the happiest and most equal societies on earth, the country’s long-standing liberal attitudes make it one of the best places in the world to be gay, as it has been since homosexual activity was legalised way back in 1972. While the majority of dedicated gay venues can be found in the ‘big’ cities of the south, home to the bulk of the population, even Norway’s far north is welcoming to same-sex couples.

Things to do in Norway for art lovers

A microcosm of today’s Norway, Oslo’s Astrup Fearnley Museet combines stunning modern architecture (designed by the Shard’s Renzo Piano), beautiful parkland, a child-friendly beach, and one of the country’s most important collections of contemporary art, including Anselm Kiefer’s epic Zweistromland (The Land of the Two Rivers). To focus on the works of Norway’s most famous artist, you’ll want to head instead to Oslo’s Munchmuseet, dedicated to the brush strokes and pencil lines of Edvard Munch, creator of The Scream. But don’t be misled into believing Norway’s cultural attractions are limited to Oslo’s centre— Karljohansvern, on the outskirts of the capital’s Horten district, is a major pull for history buffs due to its role as one of the country’s earliest naval bases. It’s now home to a hugely important collection of photographs that leaves even non-photographers spellbound. Nor is Norway’s art confined to gallery walls, with its cities acting as a huge open-air canvas for street art, including works by Martin Berdahl Aamundsen, who leads tours through the latest hotspots, including the towns of Bergen and Stavanger. 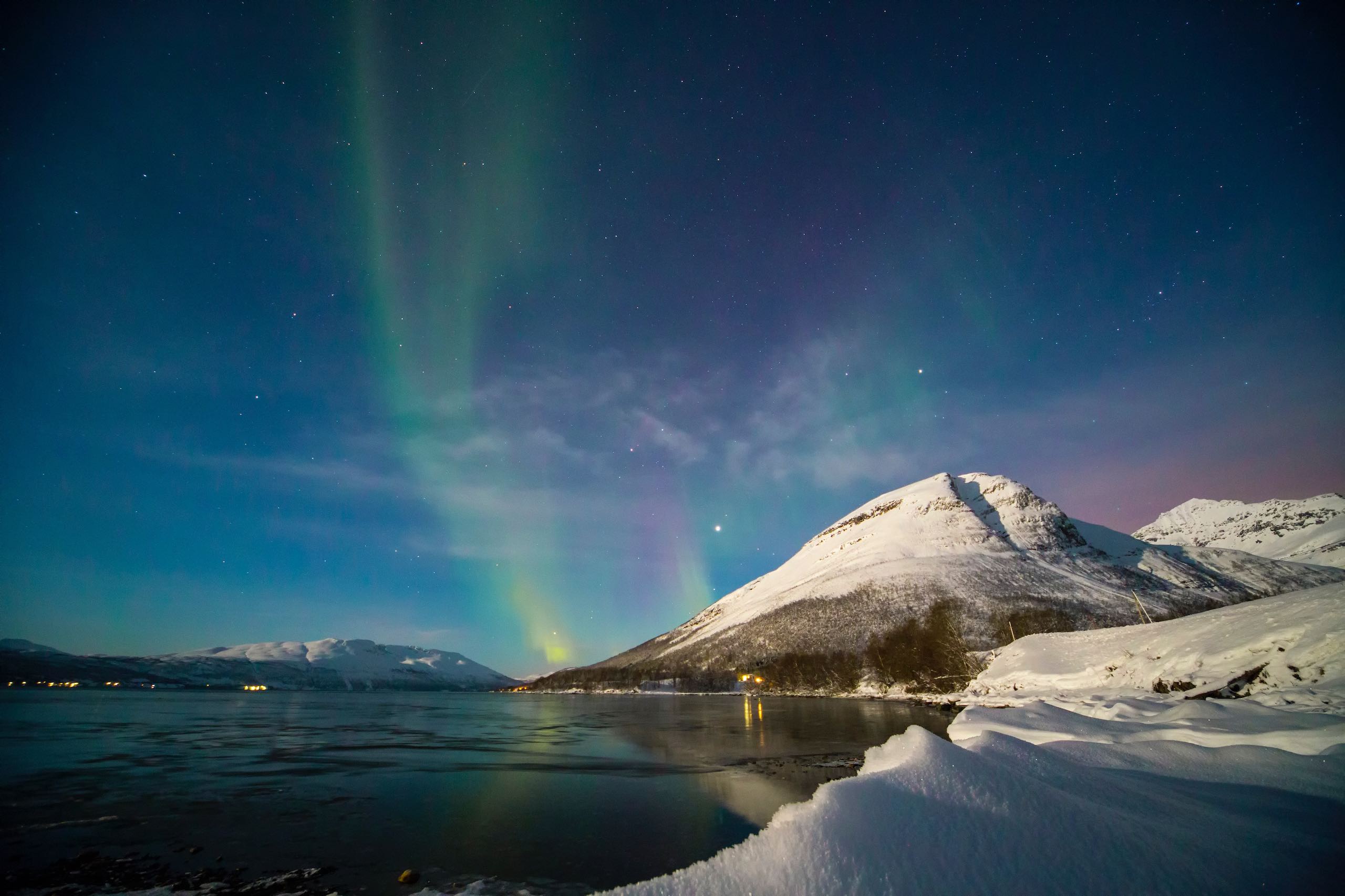 A refuge for some of Europe’s most unusual species, Norway’s vast length means there’s always a native oddity to keep an eye out for

Things to do in Norway for nature lovers

When it comes to outdoor adventures, Norway is a prime destination. With a ski and snowboarding season that lasts into the summer on the glaciers of the north, Norway boasts countless cross-country tracks and alpine resorts, with the most popular dotted through its central and eastern belt. In this land of fjords, lakes, and rivers, fishing is as deeply embedded into the local culture as skiing is. In the summer, join anglers for a chance at hooking wild trout, or brave the country’s winter for the unusual experience of dropping a line through an opening in the ice sheet.

If you’d rather come face to face with an orca than an arctic char, or nose to nose with a musk ox, a hairy survivor of the last ice age, rather than a mackerel, then consider a wildlife safari. A refuge for some of Europe’s most unusual species, Norway’s vast length means there’s always a native oddity to keep an eye out for, be it King Crab on the Russian border or the birds of Runde. The country’s natural wonders continue with the Northern Lights. Norway is one of the best places to see these swirling ribbons of otherworldly light, with tours, cruises, and hotels all dedicated to the natural phenomenon. And while the winter months welcome the aurora borealis, high summer is the time of the midnight sun. Though it can be experienced anywhere beyond the Arctic Circle, this mind-bending marvel is at its most sublime on Svalbard, where the sun doesn’t set between April and August, dog-sleds are a major form of transport, and polar bears prowl along the beaches on the hunt for walrus.

Polar Whale and Sea Bird Safari by Boat from Tromsø 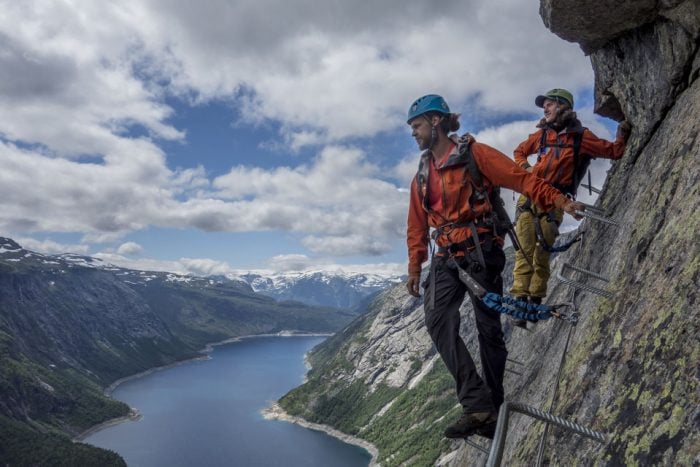 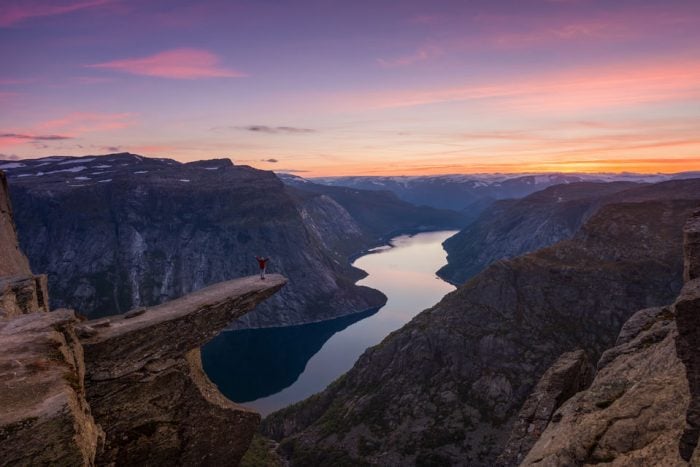 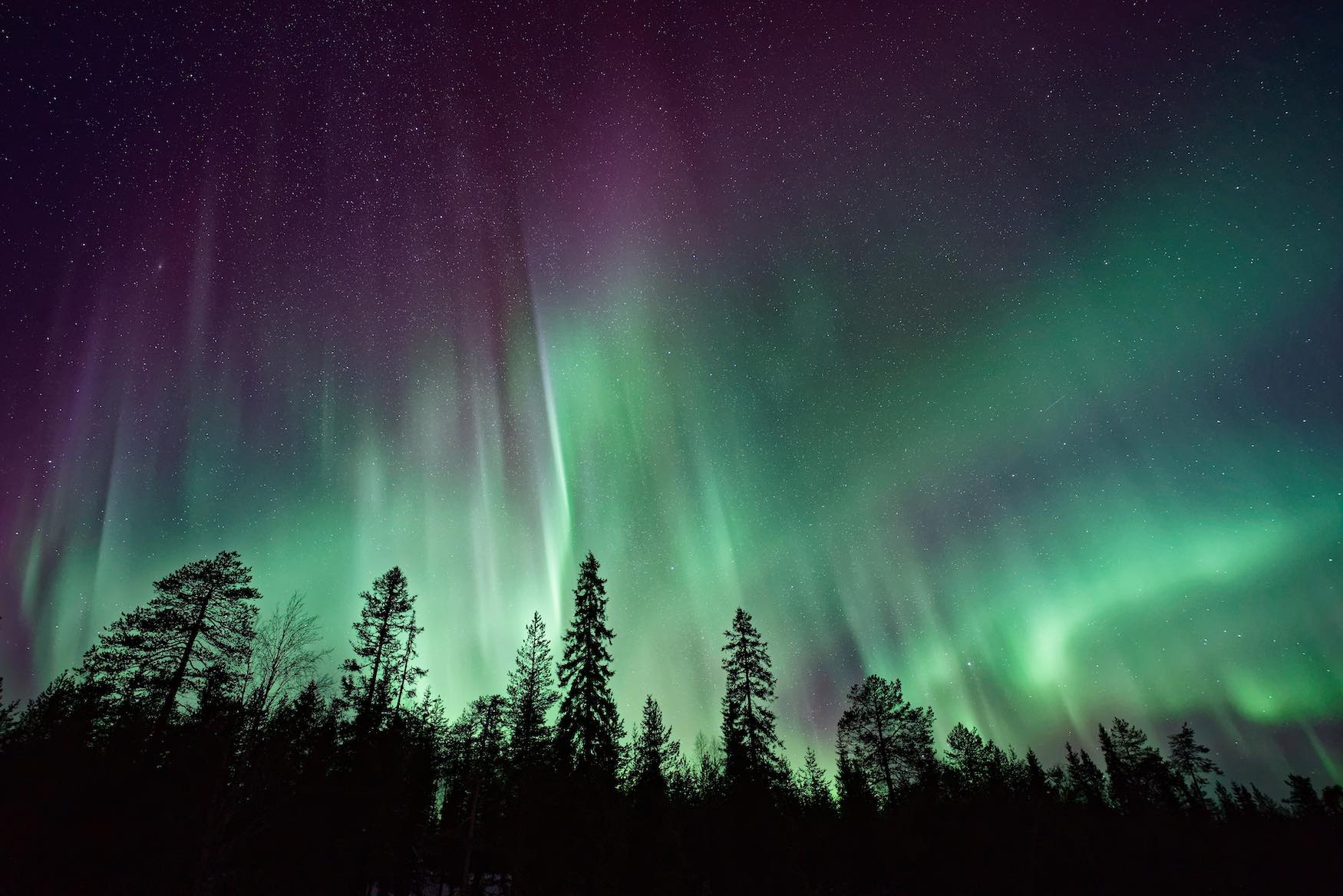 Going to Norway? The same team that brings you the content you love designs your perfect trip

Unearth another side to Norway

The historic cobalt mine at Blaafarveværket offers visitors the chance to experience life below ground. Delving 50 metres beneath the surface, tunnel tours include passage across the Nordic region’s first underground glass floor, and a gently swaying—although perfectly safe—suspension bridge. The Norwegian Glacier Museum, near the village of Fjærland, couldn’t be more geographically different, towering above the surrounding panoramas to explain the importance and fragility of these worlds of ice.

Someone who understood the lure of Norway’s natural landscapes minutely was native son Knut Hamsun. The Hamsunsenteret on the island of Hamarøy explores the author’s connection with the wild both literally and metaphorically, through exhibits and architectural details arranged to make you feel as if you’re peering into one of his novels. Nature has also played a major role in the lives of the country’s nomadic populations, and the Glomdalsmuseet in Elverum showcases the lifestyles of the country’s travelling communities in one of Norway’s largest open-air museums. 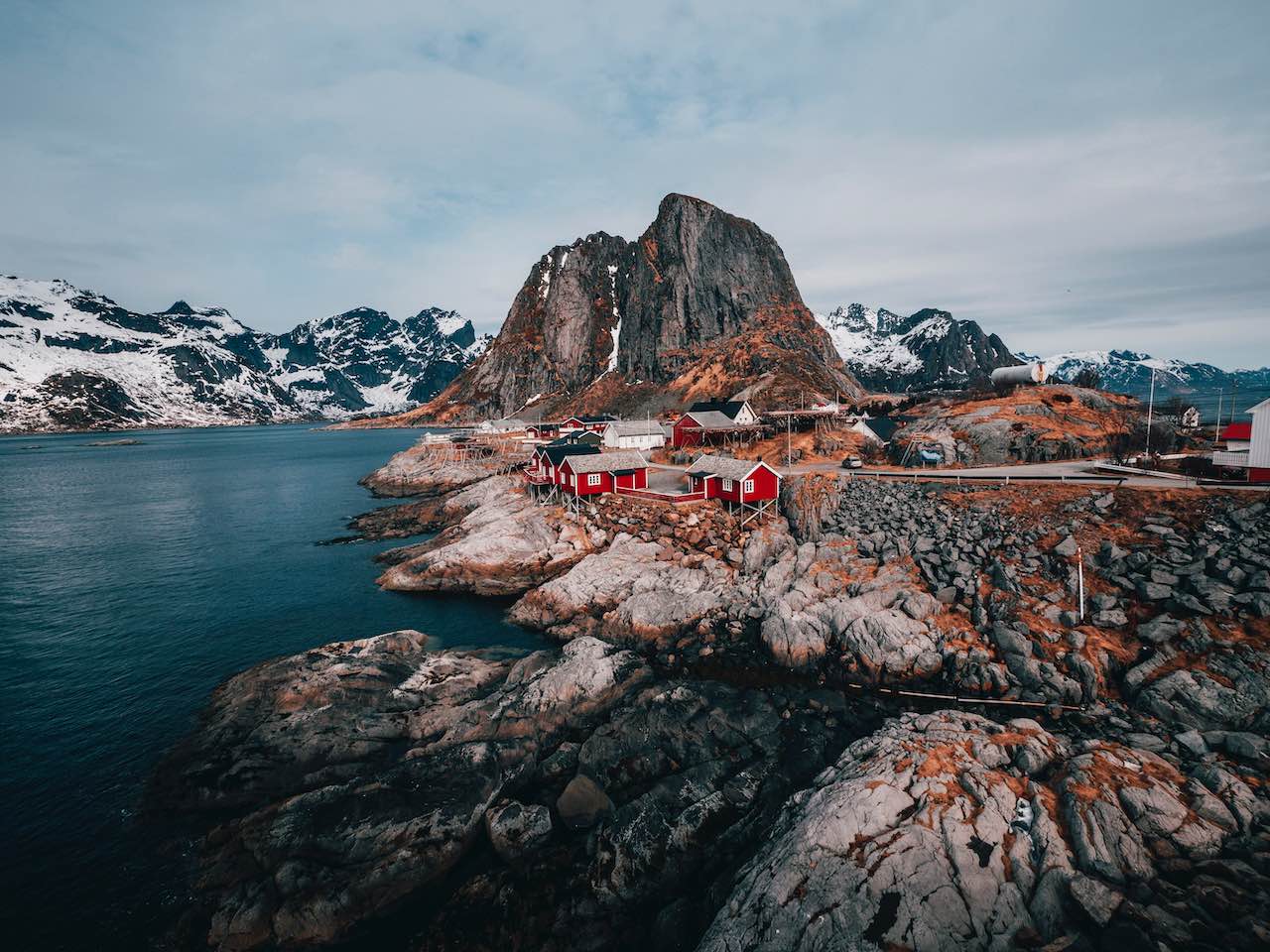 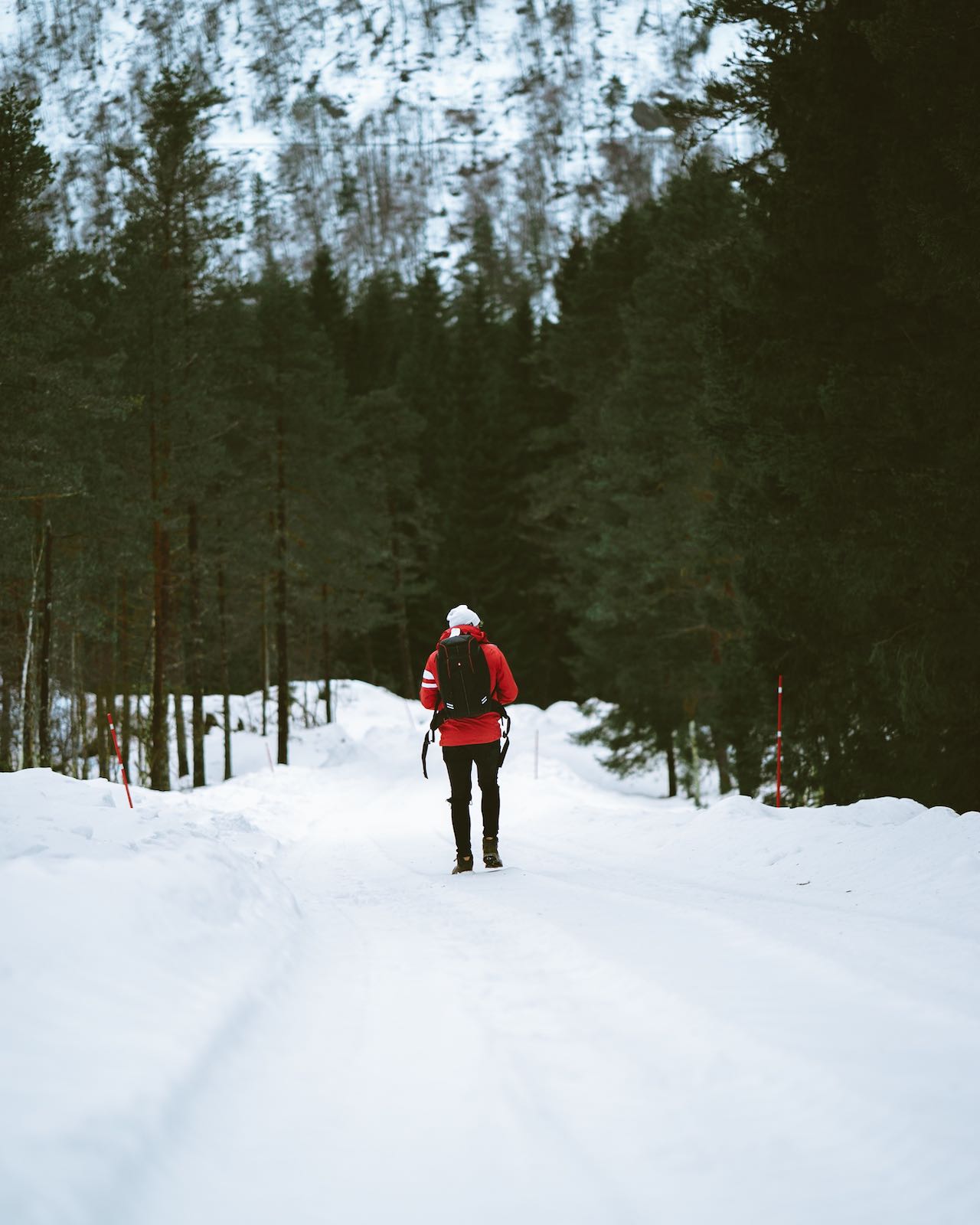 With just ten tables, the wait for Norway’s most exclusive sushi can last seven months!

Where to eat in Norway

The only restaurant in Norway boasting three Michelin stars, Maaemo designs its innovative, gallery-worthy dishes around the best organic products and natural ingredients Norway has to offer. Boasting a Michelin star of its own, Trondheim’s Credo features tasting menus of local seasonal ingredients in combination with wines chosen from the thousands of options in its cellar.

Because Norway is surrounded by highly productive fishing waters, seafood takes centre stage in many establishments, and Stavanger’s sushi restaurant Sabi Omakase is no exception. But we warned: With just ten tables, the wait for Norway’s most exclusive sushi can last seven months! For a more classic night out, book a reservation at Statholdergaarden in Oslo, which offers a gourmet menu in stunning surroundings dating back to the 1640s. 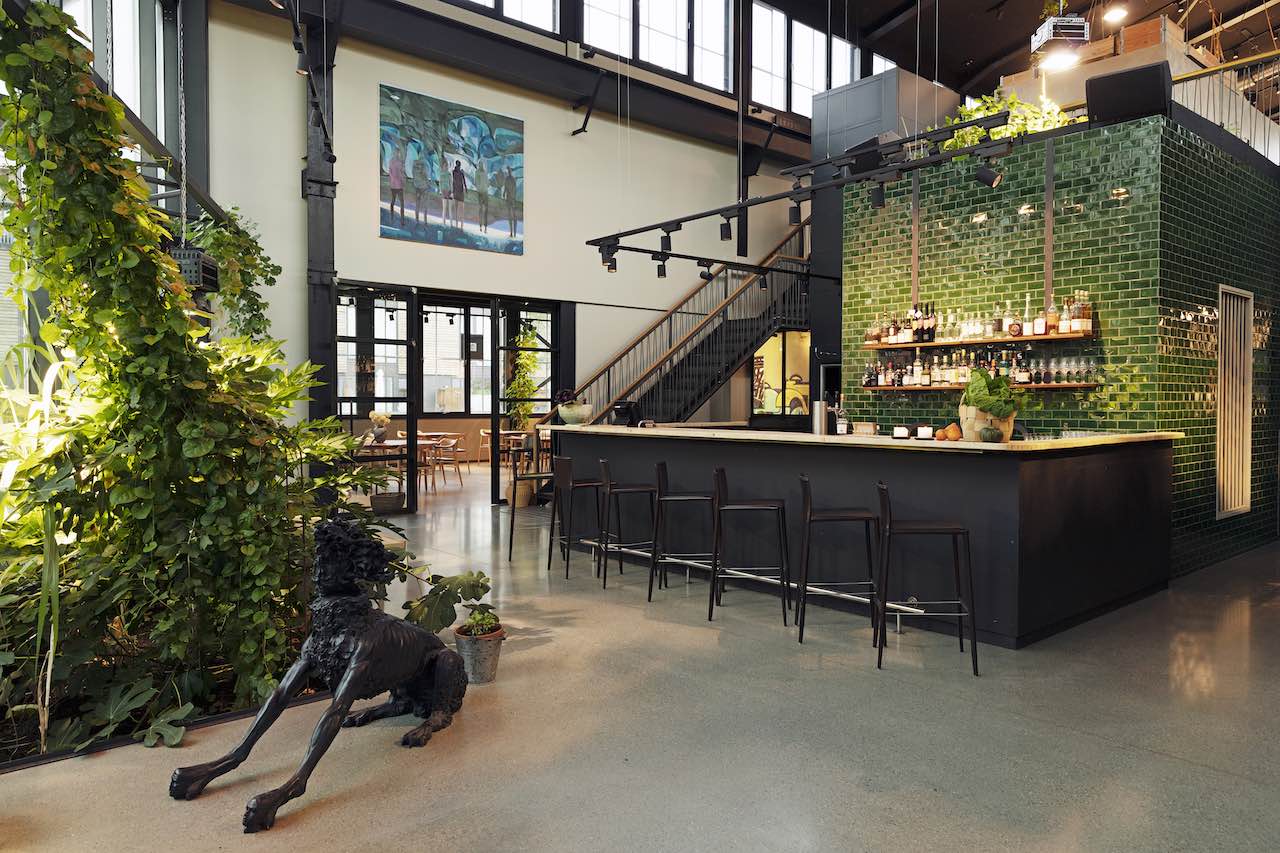 Where to stay in Norway

Situated at the start of the path to the popular viewing platform Pulpit Rock, Preikestolen Mountain Lodge is a must for nature-lovers, featuring a tranquil setting with a lake and secluded beach. A more traditional ambience can be had at the Utne Hotel, which has been in continuous operation since 1722, and the Stalheim Hotel, nestled in a narrow valley between soaring mountain peaks and which has an extensive display of antiques on show in its guest lounge. But for a quirkier hotel experience, why not book a couple of nights at the Kraggbua Hotel and unleash your inner child in a bedroom seven metres up in the treetops? But if you’re afraid of heights, be mindful: This lovely eastern Norwegian abode is not for the faint of heart! 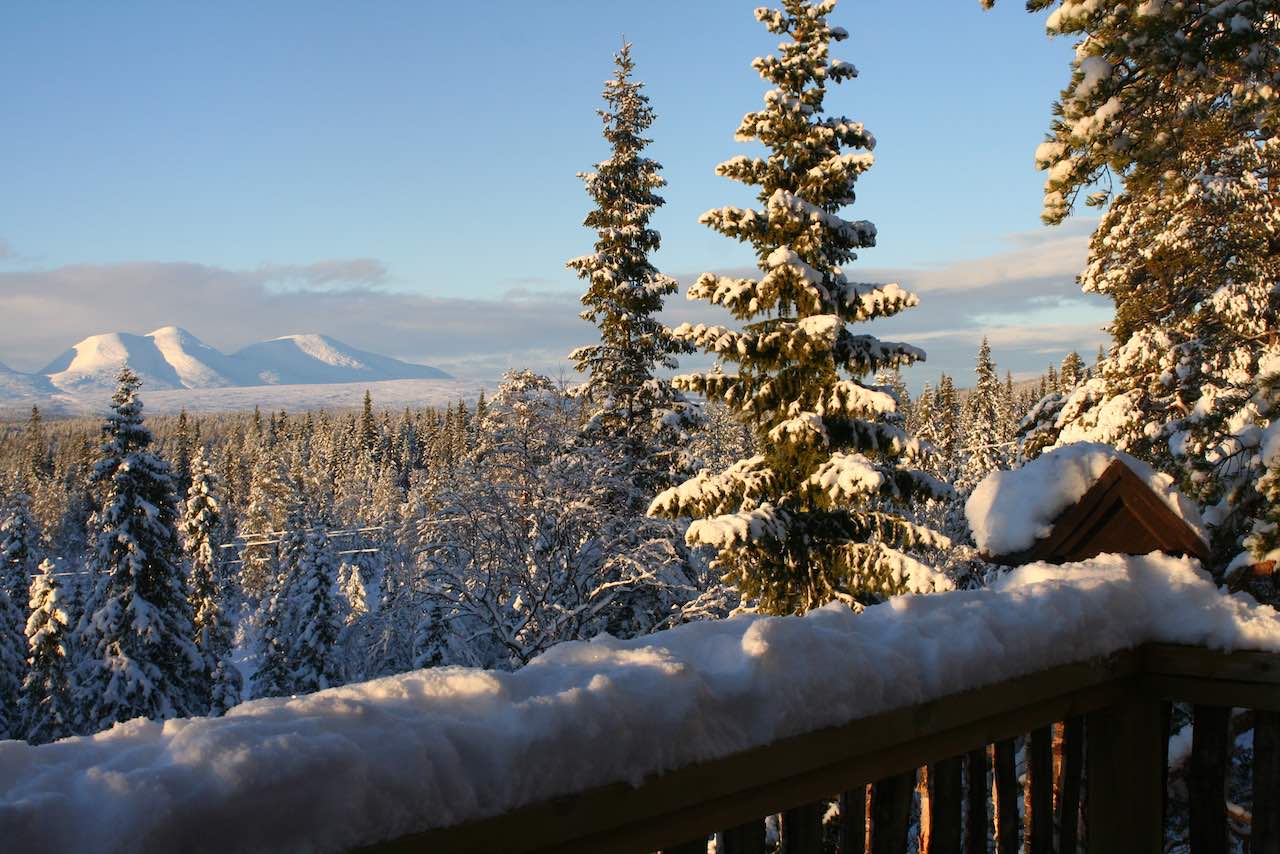 Paris is a spellbinding metropolis for all things chic; from her gourmet delights, architectural treasures and abundance of cultural pleasures to her famed fashion legacy and vibrant nightlife. 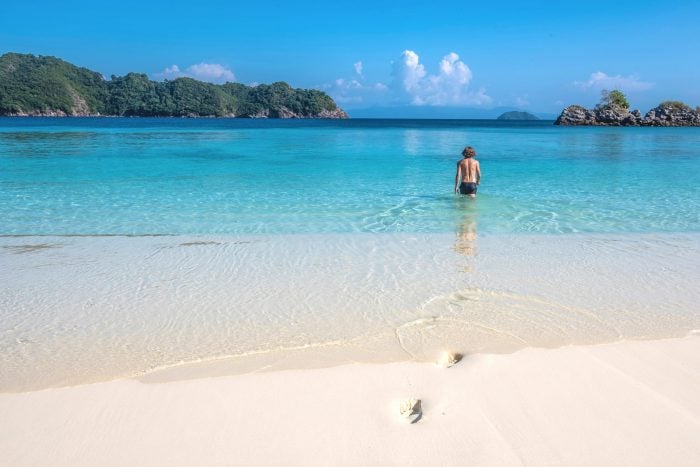 Of course we had to pass through immigration to get here—only a wholly sovereign nation could maintain this level of purity in the modern age. 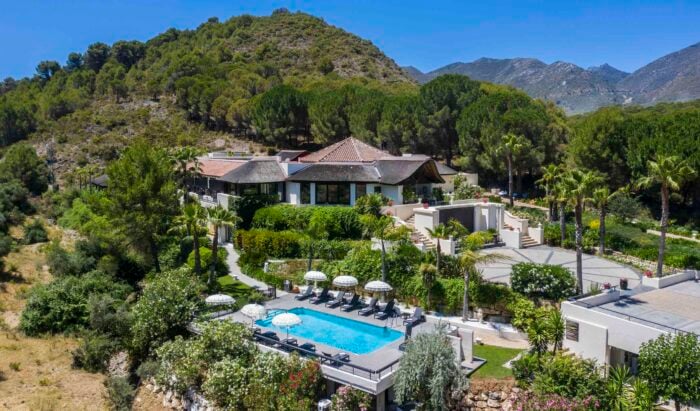 Shanti-Som - a holistic wellness experience in the mountains of Málaga, Spain

Hidden amongst the Andalucía hills in an intimate setting, Shanti-Som aims to bring the ancient healing ways of the East to the West, and allow their guests the time and space to slow down, recharge and refresh mind and body.