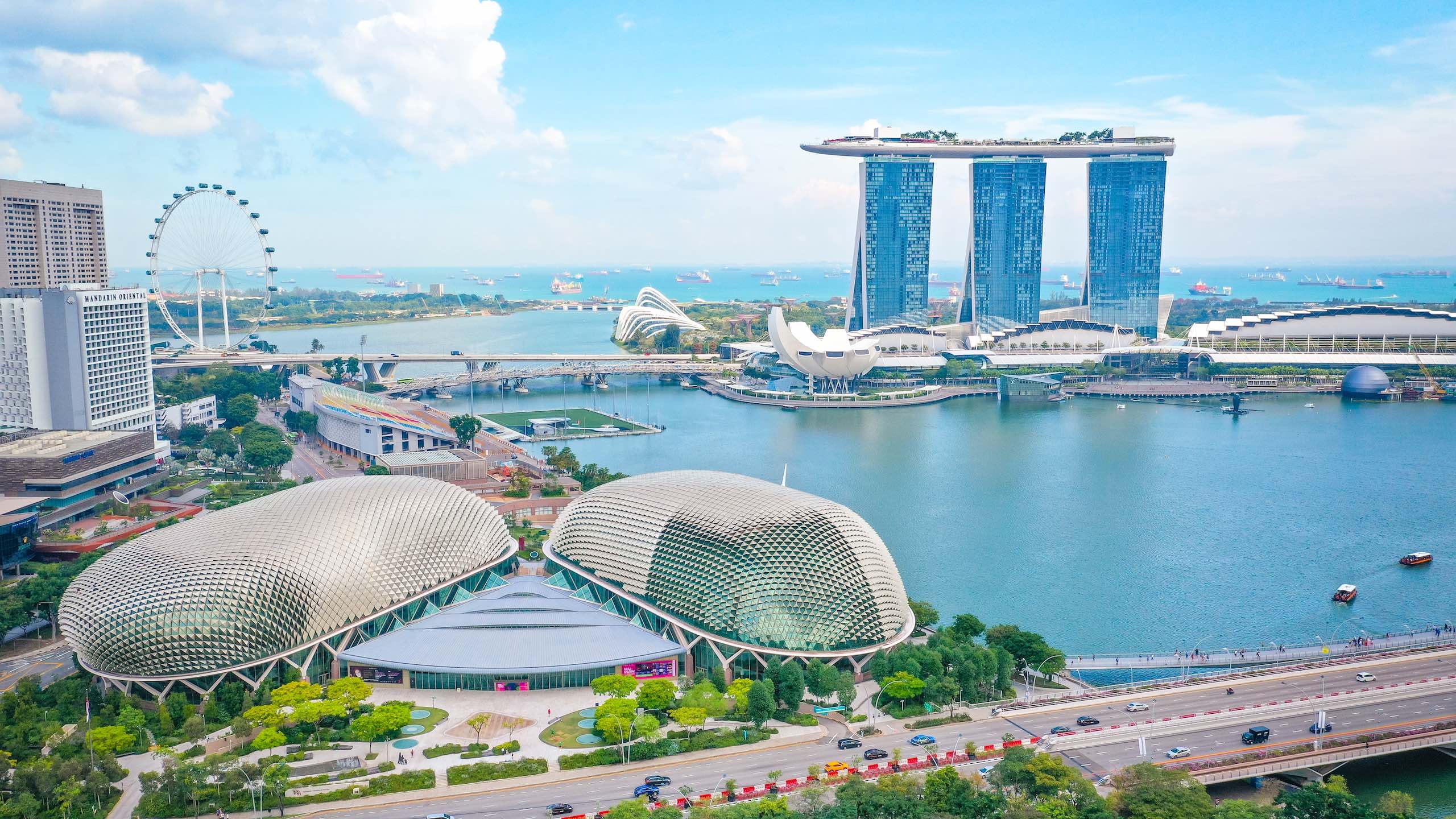 A glittering land of opportunity with a mythical Merlion as its mascot, Singapore proudly guards the gateway between East and West, connecting more cultures, peoples and trade routes like no other place on earth. Whether you’re en route to lands farther afield or simply have a long weekend to lose yourself in Asia, 3 days in Singapore is the one-off break you’ve been looking for. Adjust your level of spice on Indian, Malay and Chinese dishes, chowing down on Laksa and a bunch of colonial factoids, taking in the vibe of a rich city that is at once intensely modern and firmly rooted in tradition. 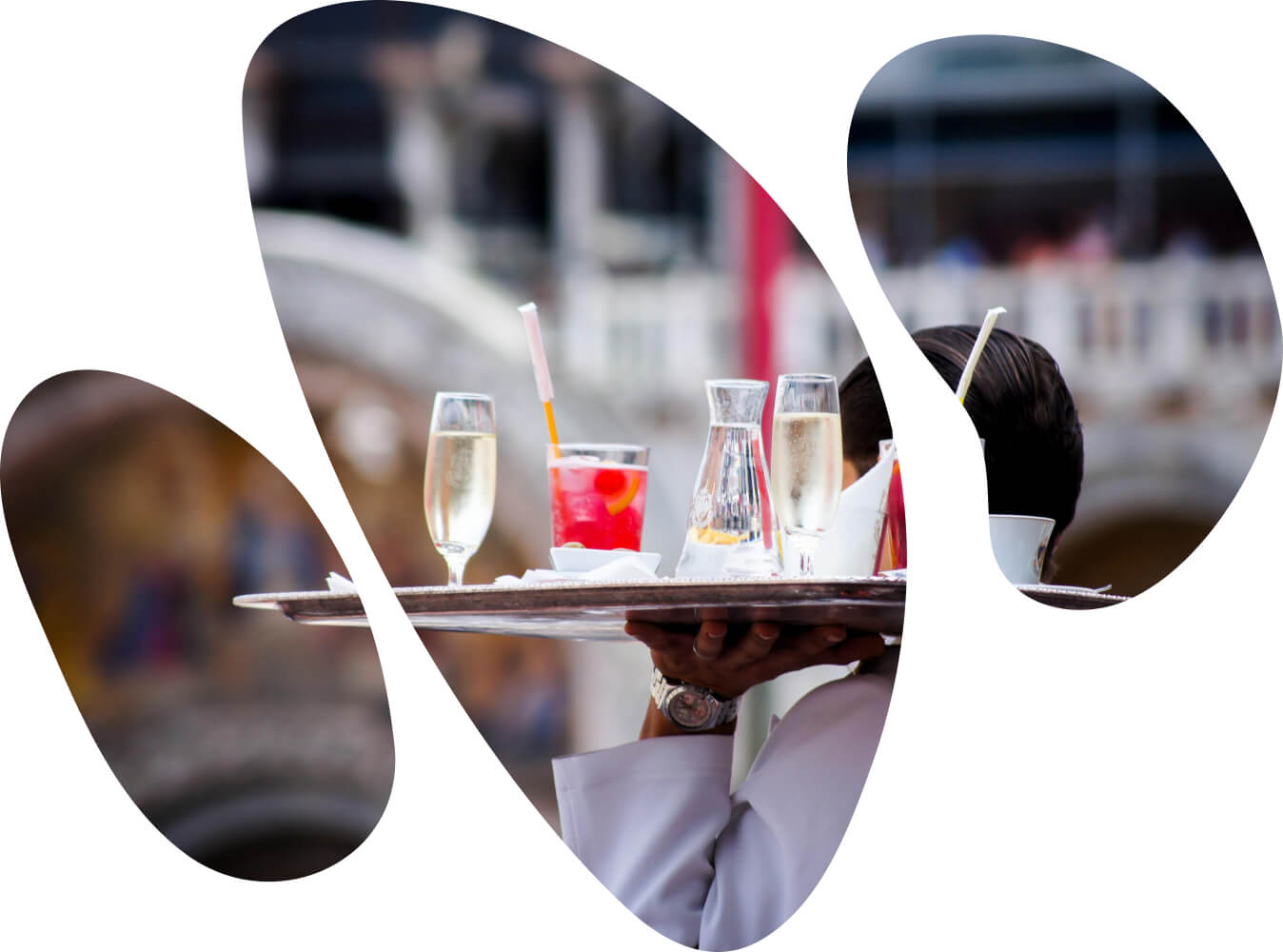 Soak up all the futuristic architecture on walking tours around the Marina, learning of the city’s colonial roots centred in institutions such as Raffles Hotel

Clean and sparkling across the eye-catching Marina Bay right through to its spanking new MRT system, Singapore is sometimes considered ‘Asia-Lite’ thanks to the ease in which visitors can move through the city without having to speak a word of Malay or Chinese. English is widely spoken across this city-state, though foreign languages are never far from earshot, whether that’s Indian chefs at a Hawker stand or an ethnic-Chinese fruit seller touting Rambutans, Singapore will still feel like a whole new world.

A few days is all you need to get a feel for the city, taking your first day to acclimatize to the humidity. Once settled, soak up all the futuristic architecture on walking tours around the Marina, learning of the city’s colonial roots centred in institutions such as Raffles Hotel and showcased in the National Museum. Day two and three will have you balancing both culture and commerce, beginning with tea along traditional streets and ending in the beachside resorts of Sentosa for some theme park action. Discover the best of what to do and where to stay in Singapore with our full Singapore travel guide. 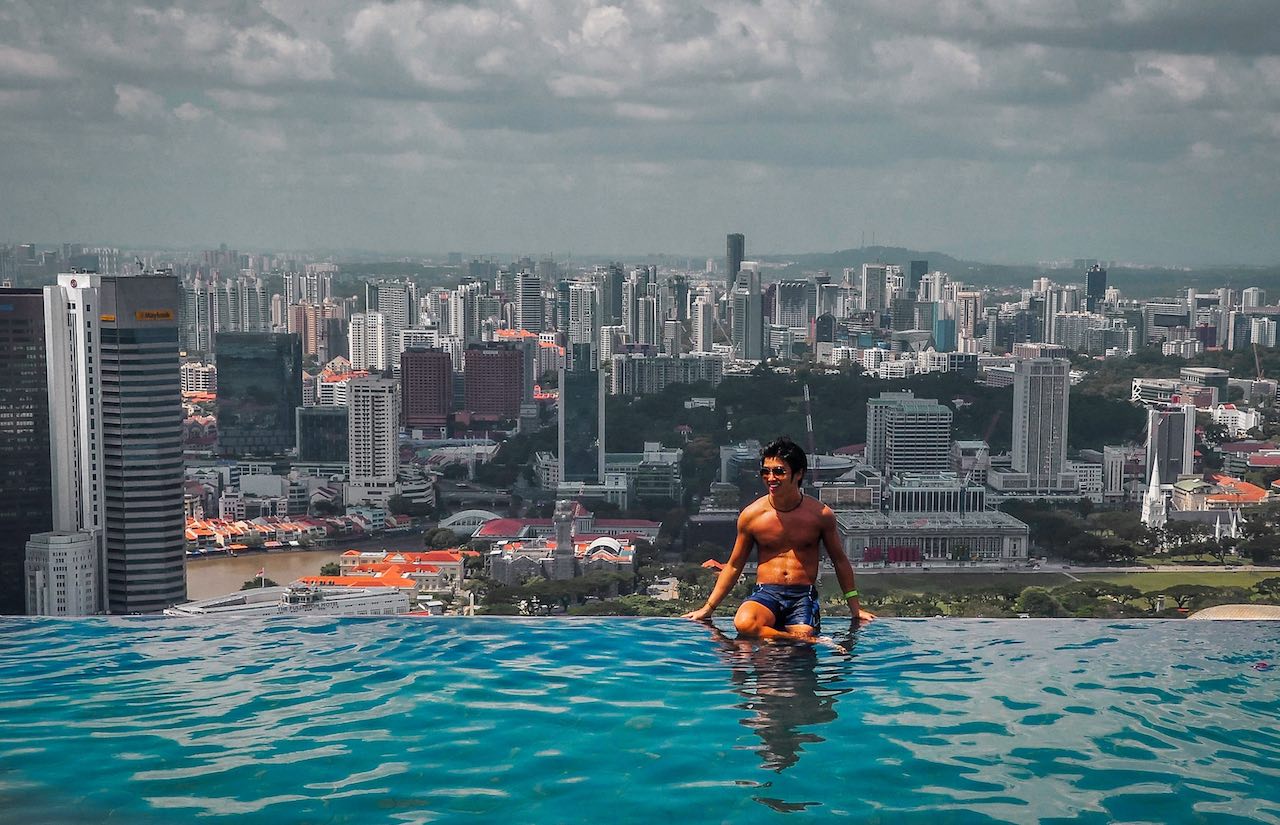 Gradually opening its mind to the idea of homosexuality, Singapore has a long way to go before measuring up to liberal European nations on the subject of LGBTQ+ rights. Nevertheless, the last decade has seen a shift in attitudes and the gay community in Singapore has become more and more emboldened despite the existence of (rarely enforced) colonial laws that outlaw homosexual activity.

2005 marked Singapore’s first gay pride festival, paving the way for queer activism that would bring about a more tolerant Singapore. In 2009, then prime minister Wong Kan Seng stated that while Singapore was ‘a stable society with traditional, heterosexual family values’, there remained ‘space for homosexuals to live their private lives and contribute to society’. Though short of the outright acceptance one might hope for, this statement was a big step for the gay community and helped Singapore’s gay scene to become one of the best across all of Asia, allowing evermore gay venues to open up and create a homosexual awakening, centred in Chinatown. 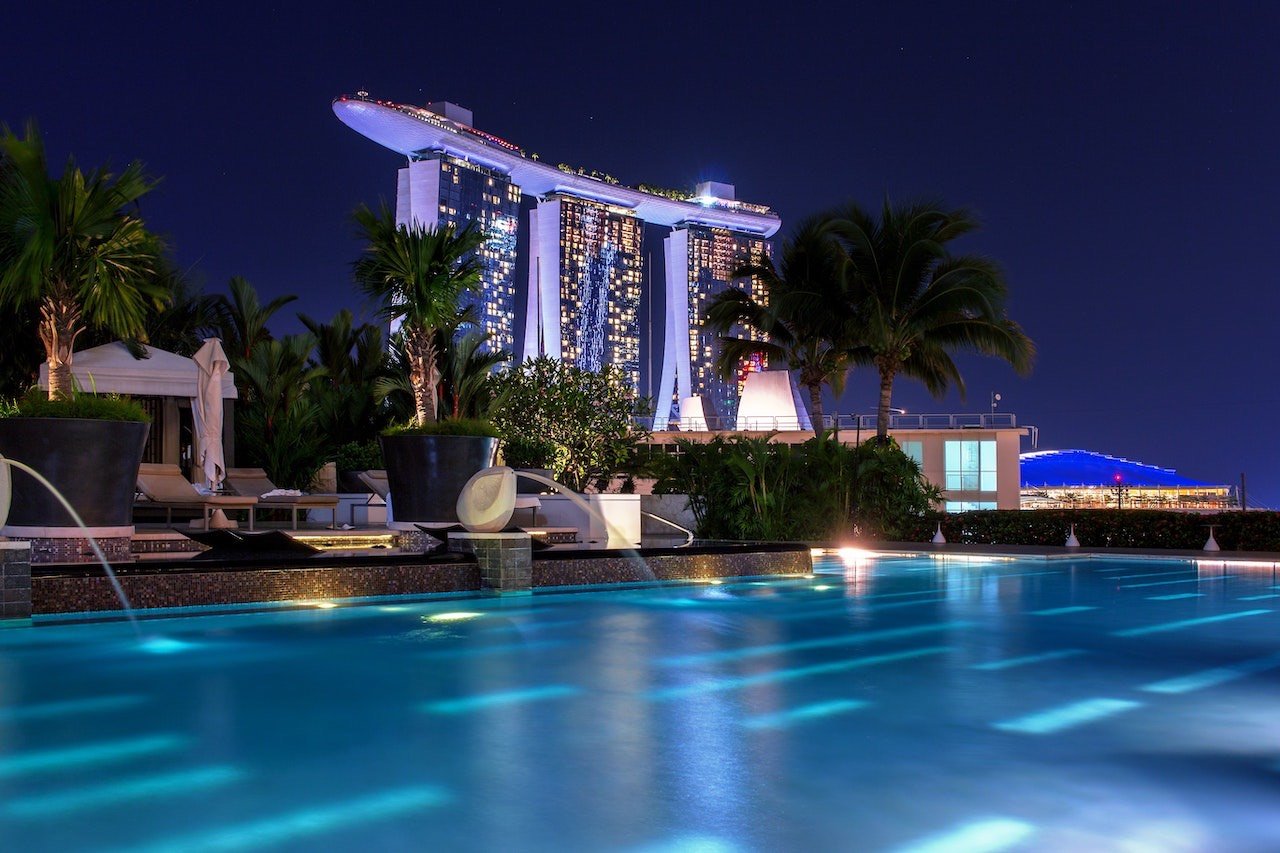 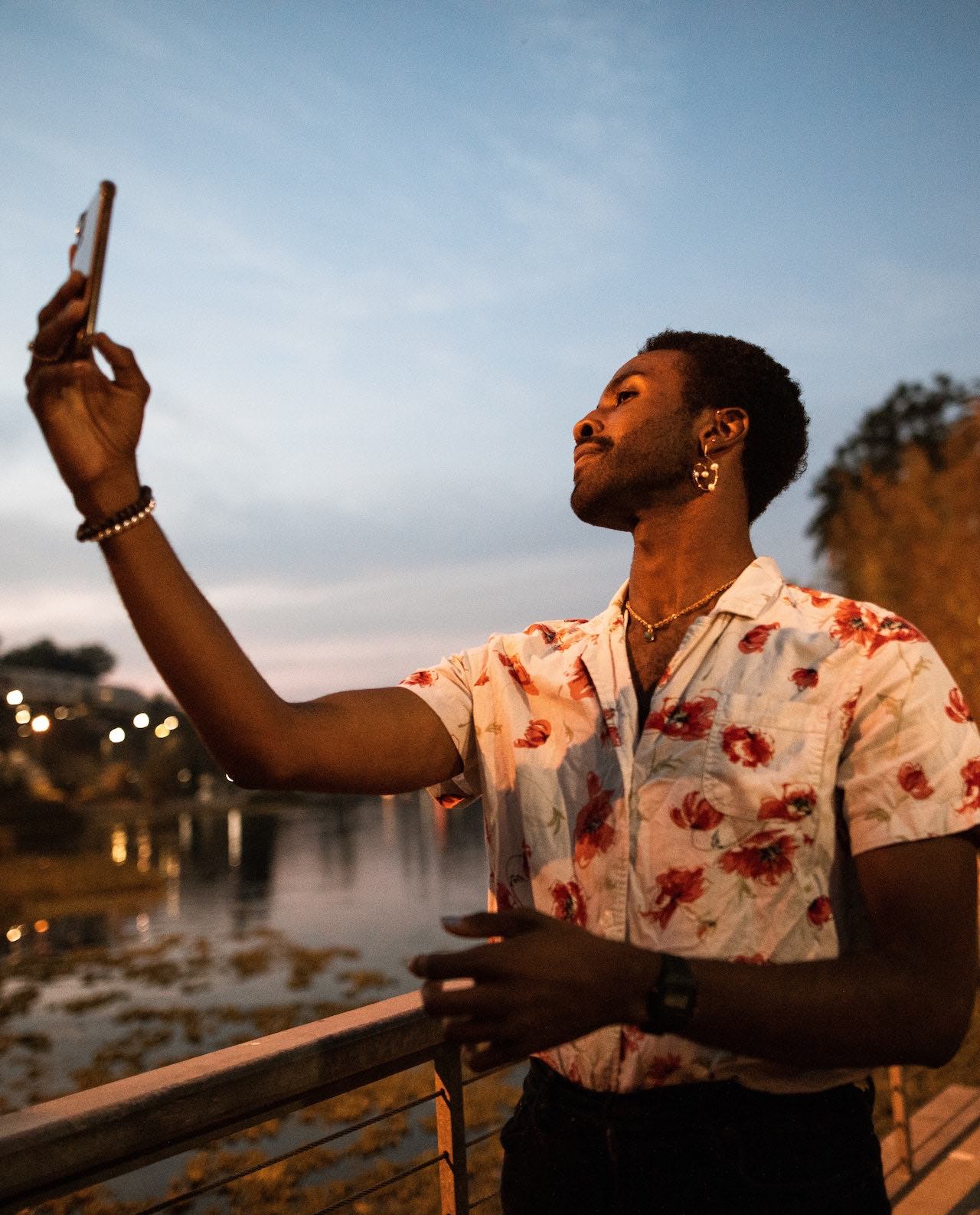 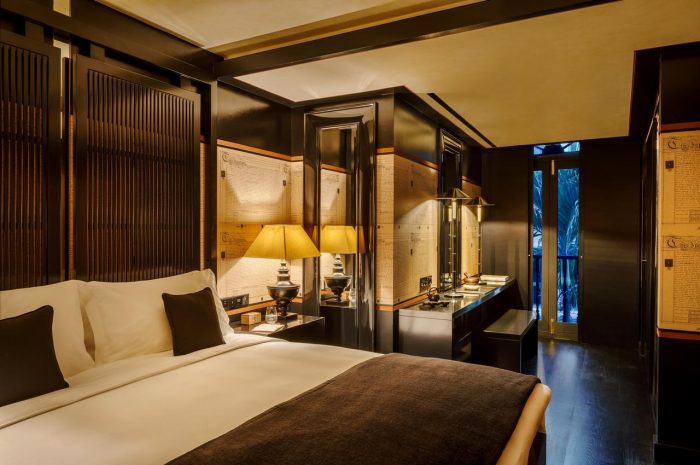 Located within the hustle and bustle of the Tanjong Pagar district. Property include a fitness centre. Guests can explore the surrounding area for a variety of shopping and dining options. 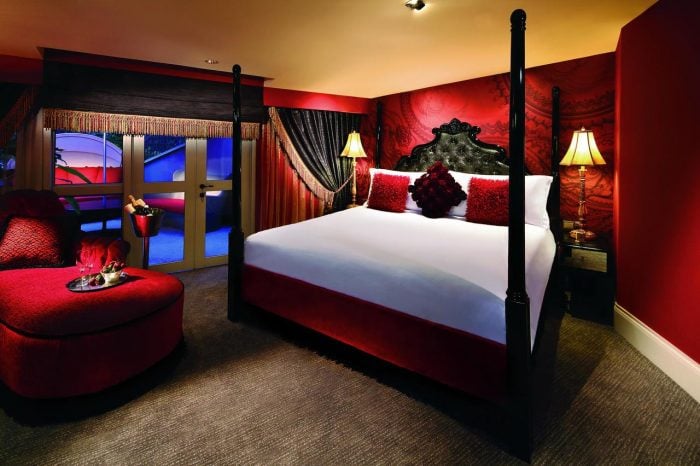 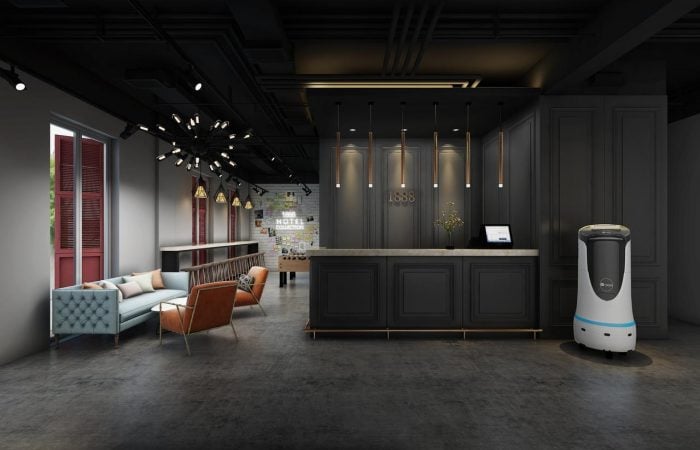 Located near to Temple and Smith Street, Hotel 1888 Collection sits along Trengganu Street, a 5-minute drive from nightlife options in Clarke Quay. 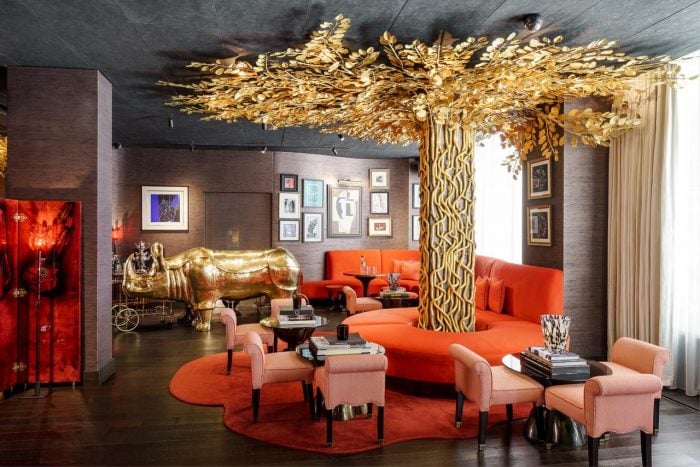 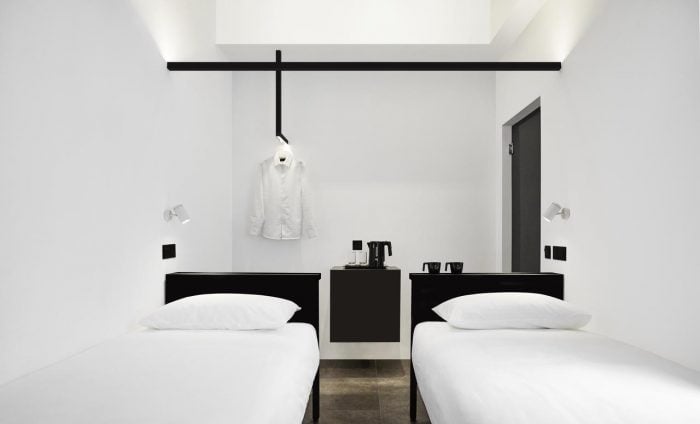 Opened in November 2016 and set in a restored, traditional heritage shop house, Hotel Mono provides accommodation in the heart of Chinatown. 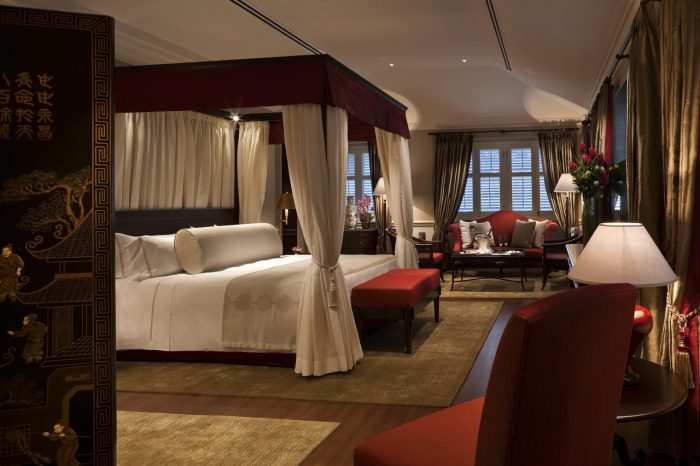 This luxurious hotel is located within the rainforests of Sentosa Island. Stylish and contemporary Asian decor features in the guestrooms. 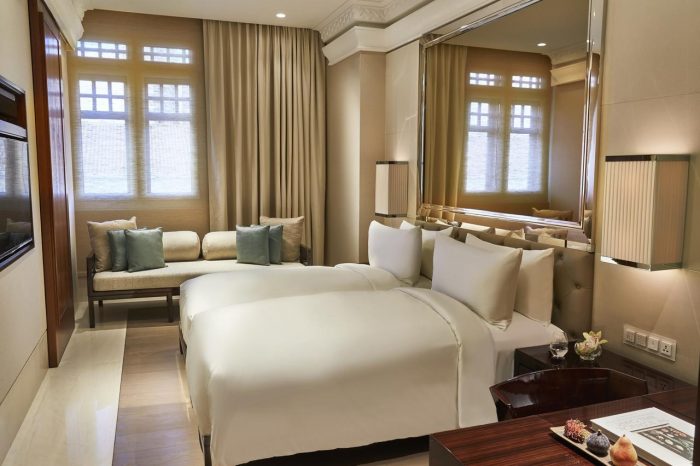 Restored from the Capitol Building and Stamford House by Pritzker Prize laureate, Richard Meier, The Capitol Kempinski offers accommodations within the hustle and bustle of Singapore’s civic district.

Day 1 - Explore the Colonial District and The Marina Bay

If you’ve arrived knowing very little of the country’s unique history, look no further than the National Museum of Singapore to help fill in some of your cognitive gaps. At $15 (SGD) to enter, the museum is a great introduction to your 3-day itinerary Singapore, educating all who visit about how the nation came to be the multicultural powerhouse it is today. Even the building itself has history, a Neo-Palladian design in the colonial district dating back to 1887. Other key attractions in the area include the 150-year-old St Andrews Cathedral, Fort Canning Park and the Raffles Hotel bar where it is said the Singapore Sling was invented.

After a morning of colonial heritage, save your wallet with an ultra-cheap meal at any of the city’s hawker centres or shopping mall food courts where you’ll have more lunch options than you know what to do with. Somewhat more fancy (and all the more expensive) is a sit-down meal by the riverside quay, for seafood with romantic views. With a bellyful of Kuay Teow, we venture next to the exotic world of Gardens by the Bay, a man-made botanical forest featuring Singapore’s iconic ‘supertree’ structures that connect via skywalks above the park. Though you’ll have to pay to enter the Cloud Forest or Flower Dome, walking through the main park is completely free and considered one of the top places to visit in Singapore if you can handle the heat. If not, the Marina Bay Sands Hotel is probably more up your street, as Singapore’s most famous construction, towering 55 floors up into the skyline and topped with a boat-shaped pool and observation deck. As well as being the city’s most luxurious hotel, the sky bar and infinity pool are also open to non-guests for swimming, eating and drinking with unbeatable views over Marina Bay.

Return to Gardens by the Bay after dusk (just a 10-minute walk from Marina Bay) to see everything all lit up at the Supertrees Light Show starting before 8 pm each night, or, alternatively, explore the area around Clarke Quay and the Singapore Flyer. 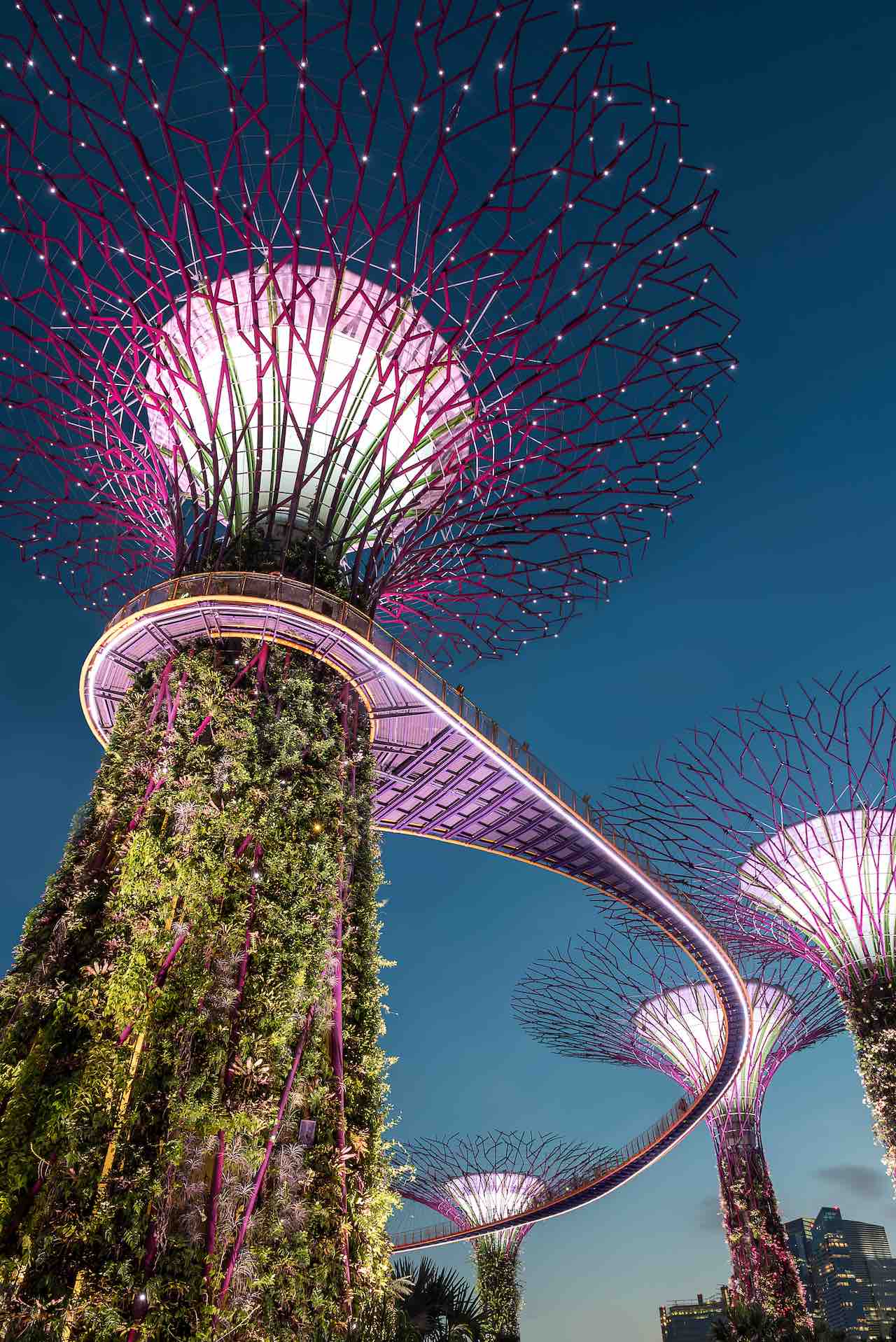 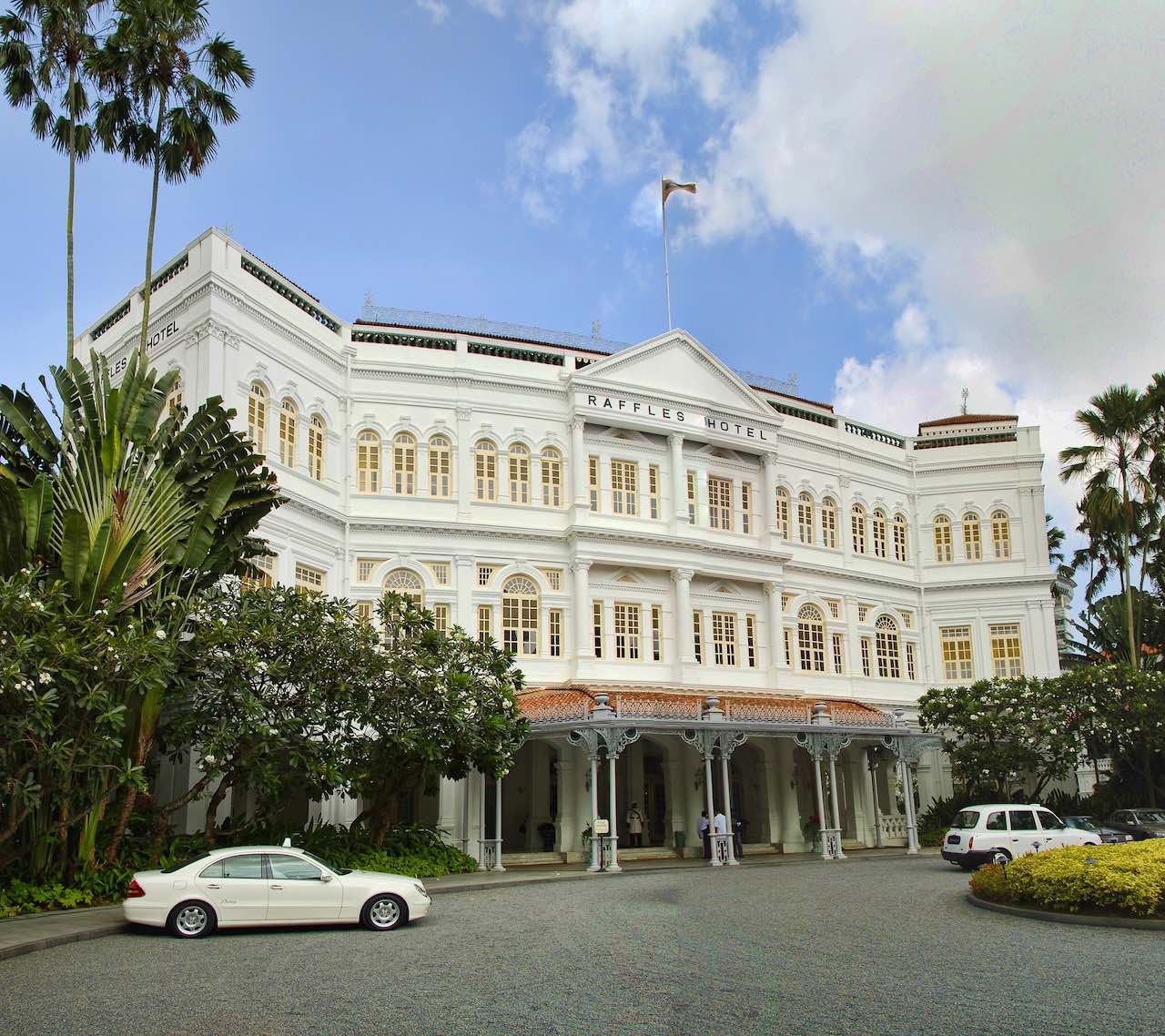 Must visit Chinatown, once the hub for Chinese immigrants and now a mixed area bustling with hip cafés, vibrant temples and slightly tacky souvenir markets

Delving into Singapore’s multicultural heritage on day two, we go to any of the city’s three distinct ethnic enclaves. The first is Little India, home to – you guessed it – Singapore’s Indian community, a place plastered with Bollywood posters and alive with the smells of paratha and incense. While you’re here you’ll want to visit the grand Sri Veeramakaliamman Hindu Temple, passing by the Chinese villa, Tan Teng Niah built in 1900. As for food and commerce, try the 24-hour Tekka Centre or Mustafa Centre, enjoying masala dosa and thali at any of the vegetarian restaurants dotted all over, such as Komala Vilas. Little India is walkable from Bugis or via the MRT’s Downtown or North-East lines. Those visiting in late January or early February should make sure to catch the chaos and colours of the annual kavadi procession during Thaipusam Hindu Festival.

Of the two remaining enclaves to explore in Singapore, the Muslim and Arab neighbourhood around Kampong Glam is the oldest, set aside by Sir Stamford Raffles in 1822 to home Malay and Arab communities. Today the area glints with Middle Eastern-inspired mosaics and murals, most predominantly on Haji Lane where small bars spill out onto the alley come nightfall for live music and drinks. If staying in Kampong Glam, be prepared to wake early with the muezzin’s call to prayer blasting out from the golden domes of the Sultan Mosque, a central feature in the district.

Last but by no means least, we must visit Chinatown, once the hub for Chinese immigrants and now a mixed area bustling with hip cafés, vibrant temples and slightly tacky souvenir markets. Get a feel for the city’s unique religious diversity on a temple tour of Chinatown, starting at the Buddha Tooth Relic Temple, before finding Taoist worshippers at Thian Hock Keng Temple and Hindu gods at Sri Mariamman. To learn more about Singapore’s immigrant history, head to the Chinatown Heritage Centre, refuelling at open-air restaurants along the way such as Chinatown Food Street or Maxwell Hawker Centre. Much like Little India, the fun kicks off in earnest across Chinatown during the Lunar New Year celebrations around January and February. 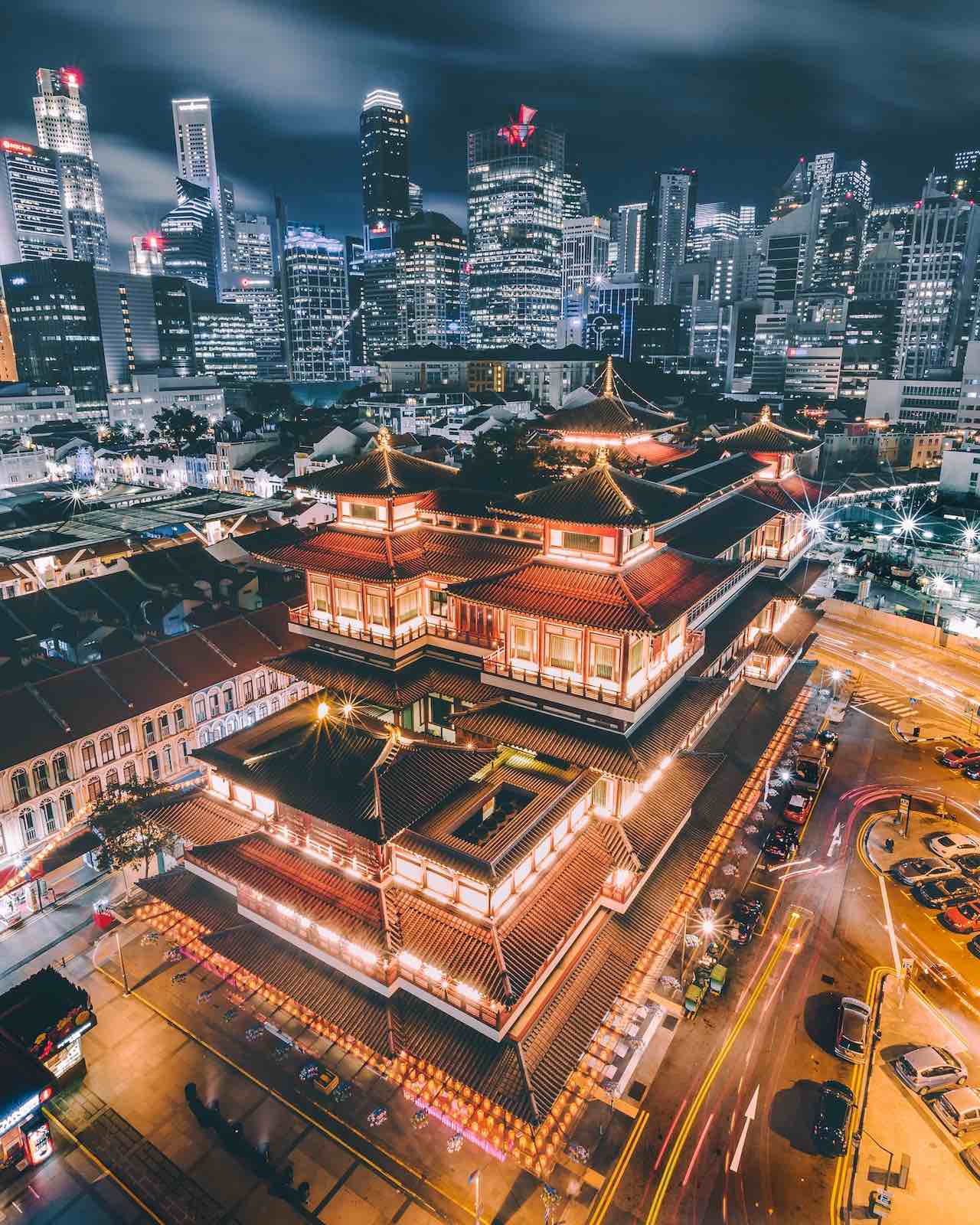 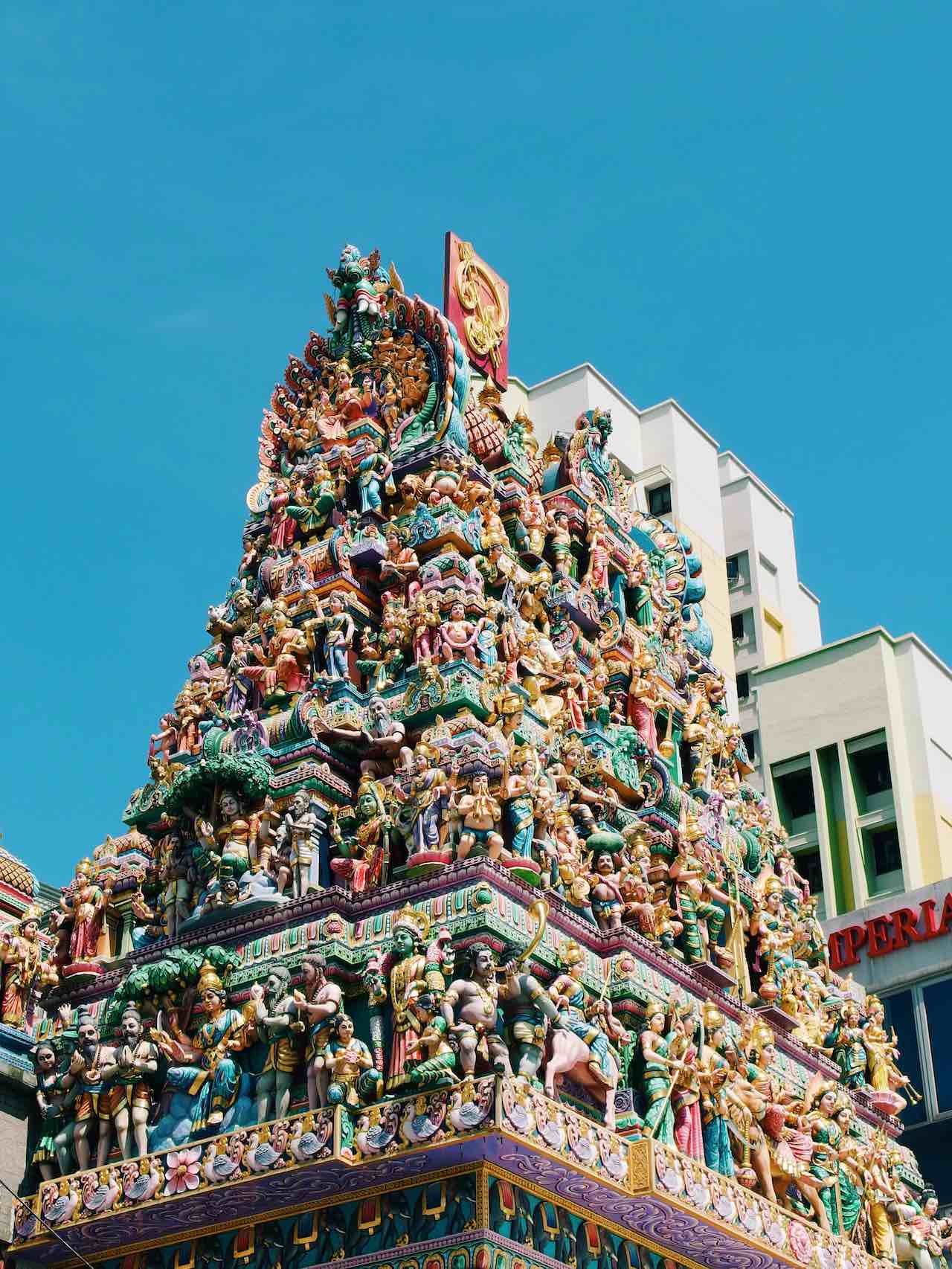 The last day of our Singapore itinerary shows us just what a nation can do with a boundless amount of cash and a vision for a beach paradise on home soil. Using money made from its status as the world’s largest shipping hub, Singapore did the impossible by turning a small fishing village (and former military camp) into the island resort of Sentosa, connecting it to the rest of the nation via an 87-million-dollar (USD) causeway! Come to Sentosa to lose yourself in a man-made beach haven, splashing out on day tickets to Universal Studios Singapore or winding down in nature at the UNESCO World Heritage Site of Singapore Botanic Gardens. Those seeking to do some retail therapy can head on over to Orchard Road, home of the ION Orchard Mall and various smaller centres, packed with all the luxury and high street brands you could want as well as more inexpensive food choices.

If time allows for one final evening in Singapore, take it slow with a walk along the Singapore River or board a bumboat in Clarke Quay for a leisurely river cruise. The skyline views will impress you all the way to Boat Quay at which point you can disembark for photo opportunities by the Merlion fountain while waiting for the nightly Spectra light and water show to start (at 8pm and 9pm or 10pm on weekends). In the meantime, catch a free performance at the Esplanade Outdoor Theatre or head straight to Makansutra Gluttons Bay food court to get your foodie fix. 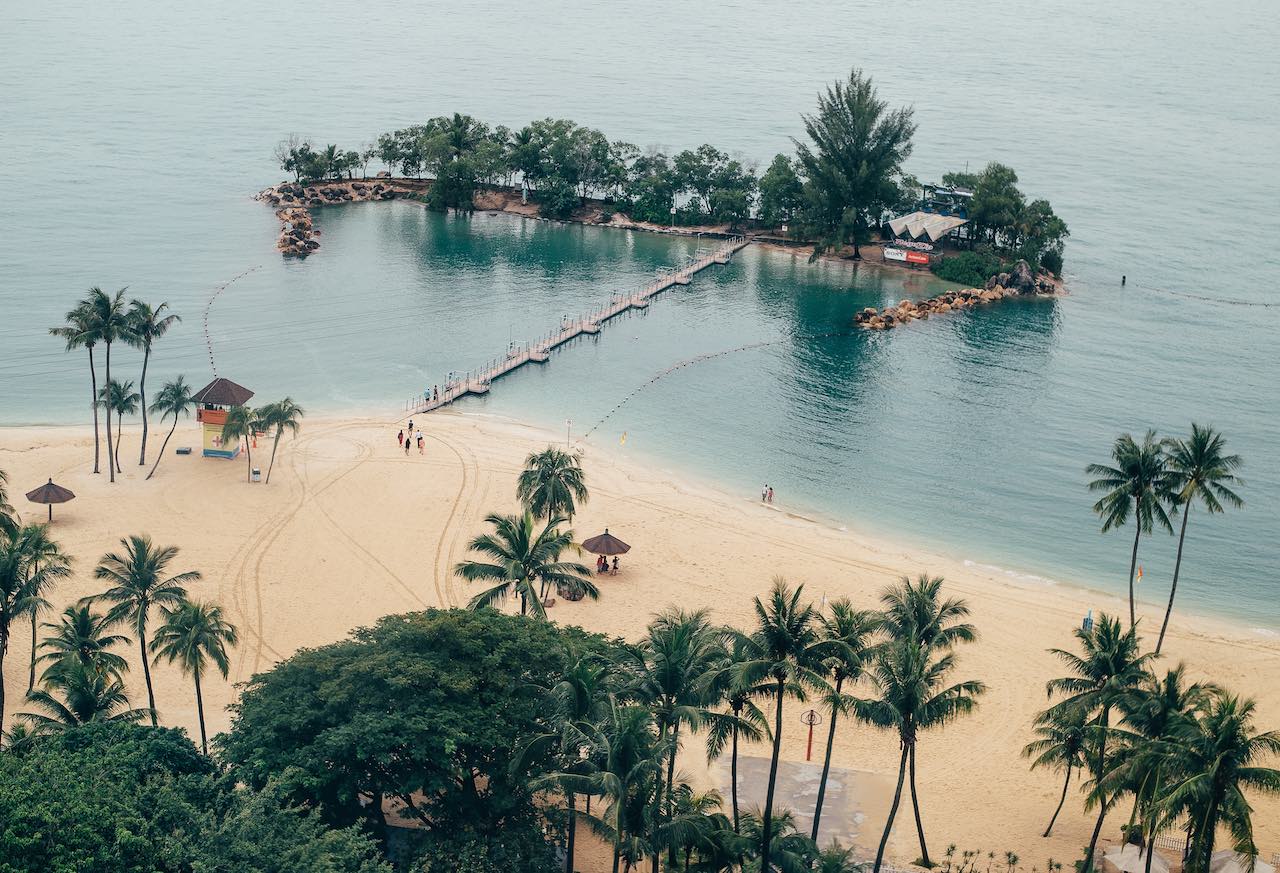 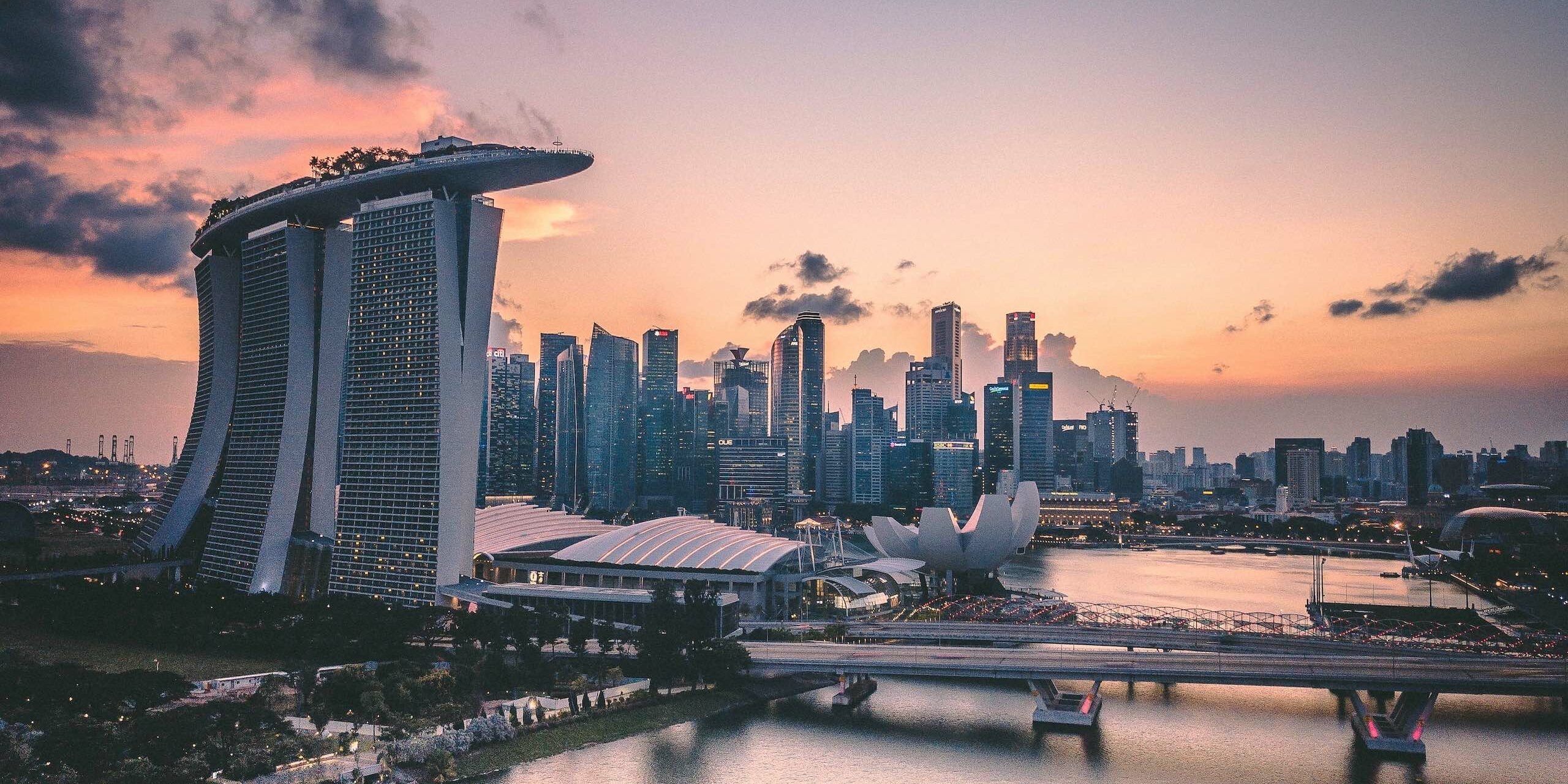 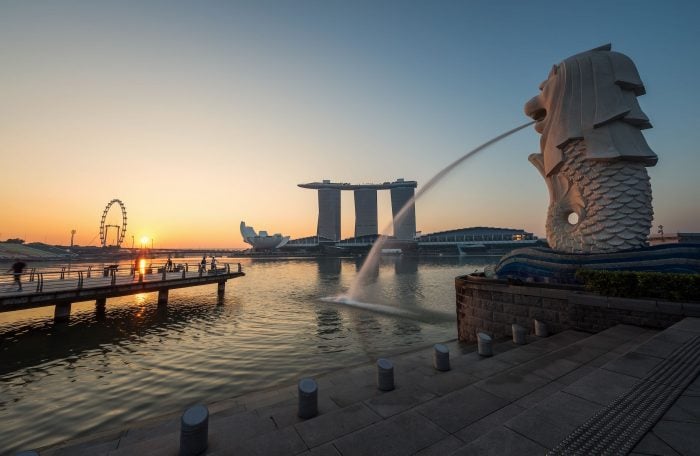 In Singapore as a gay traveller you will feel gladly received everywhere you go despite the antiquated laws still on the books. 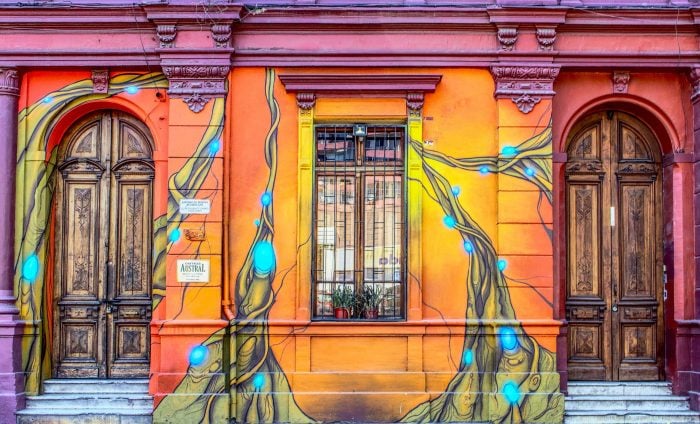 In stark contrast to the oppressive Pinochet years, Santiago now has a large, open and diverse LGBTQ community, with LGBTQ organizations and activists continuing to fight repression to achieve equal rights. 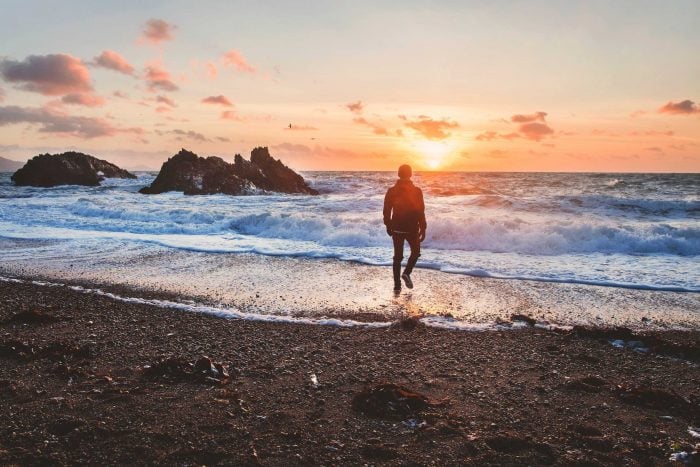