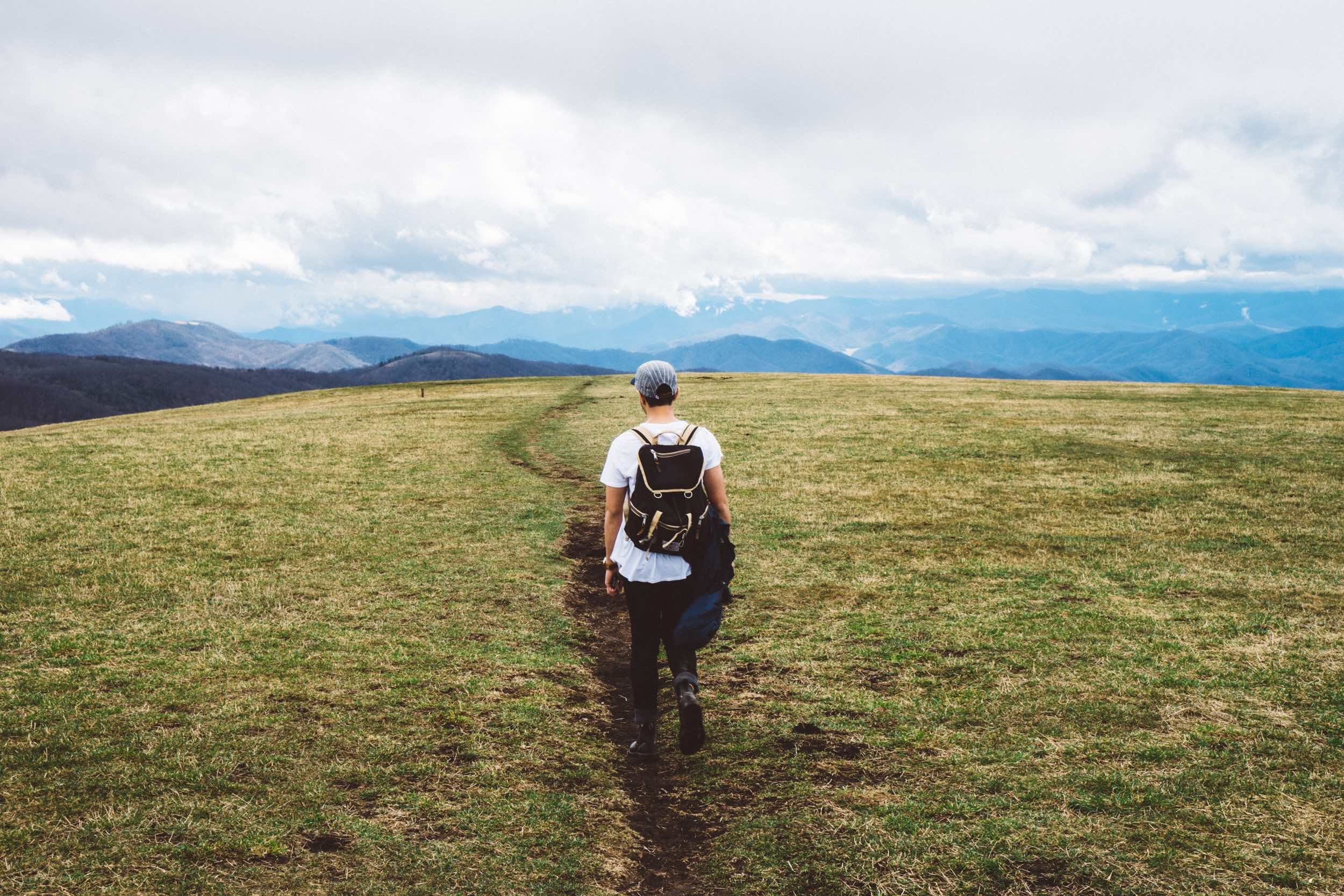 Things to do in Asheville

Stories > Experiences > Things to do in Asheville
Curation by Jamie McGhee, words by Ian Packham

Forget everything you think you know about the southern United States, and you’ll end up with a city that looks a lot like Asheville, North Carolina. Nestled into the scenic Blue Ridge Parkway, this mountain location also makes Asheville a popular destination for those trekking through the great outdoors. Although the city still exudes southern charm by the bucketload, it’s also a rare bastion of liberalism in a traditionally conservative state. Its open-minded spirit has attracted a sizable number of artists and hipster entrepreneurs, who have transformed the historic art deco buildings of downtown and the River Arts District of converted factories. Its vivacious restaurants and nightspots are very welcoming to the gay community as a result, and many venues host regular LGBTQ nights, while this little-big city is also home to O. Henry’s, a gay bar and club that dates back to 1976.

Things to do in Asheville

A drive along the Blue Ridge Parkway is an Asheville must. Winding its gentle way through the scenery of the southern and central Appalachian Mountains, the 90-year-old road offers exceptional views of the region’s natural wonders, spotlighting the traditions that have made Asheville what it is today. Continue on to milepost 355.4 and you’ll face Mount Mitchell, the highest mountain in the eastern United States. Rising to an impressive 6,684 feet, its summit provides breath-taking views across the surrounding landscape. Equally stunning are the hikes that lead to the three-tiered cascades of Linville Falls over Linville Gorge, the ‘Grand Canyon of the Southern Appalachians’. Though not as famous as the Linville Falls, the Upper Whitewater Falls, near Cashiers, tumble more than 400 feet through an undeveloped wilderness of wildflowers, making them the highest 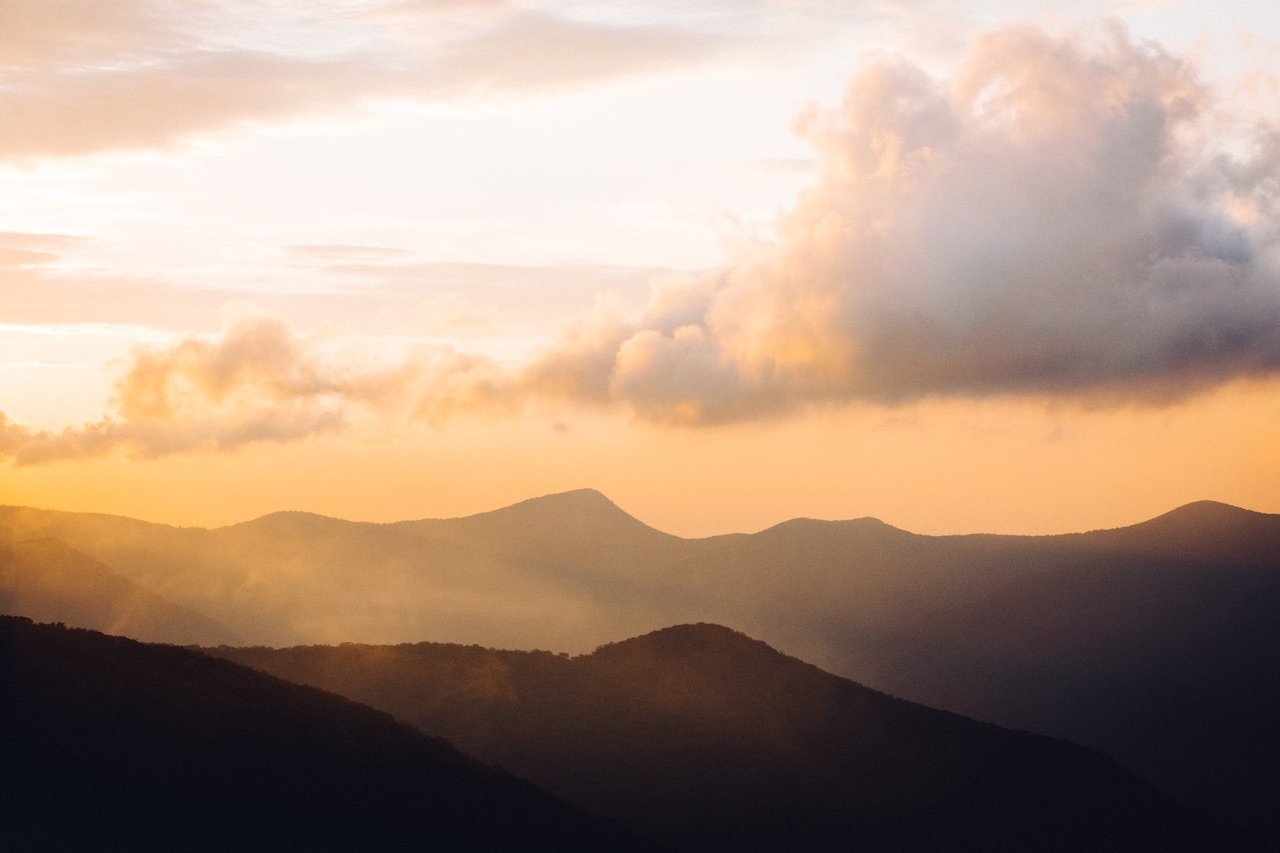 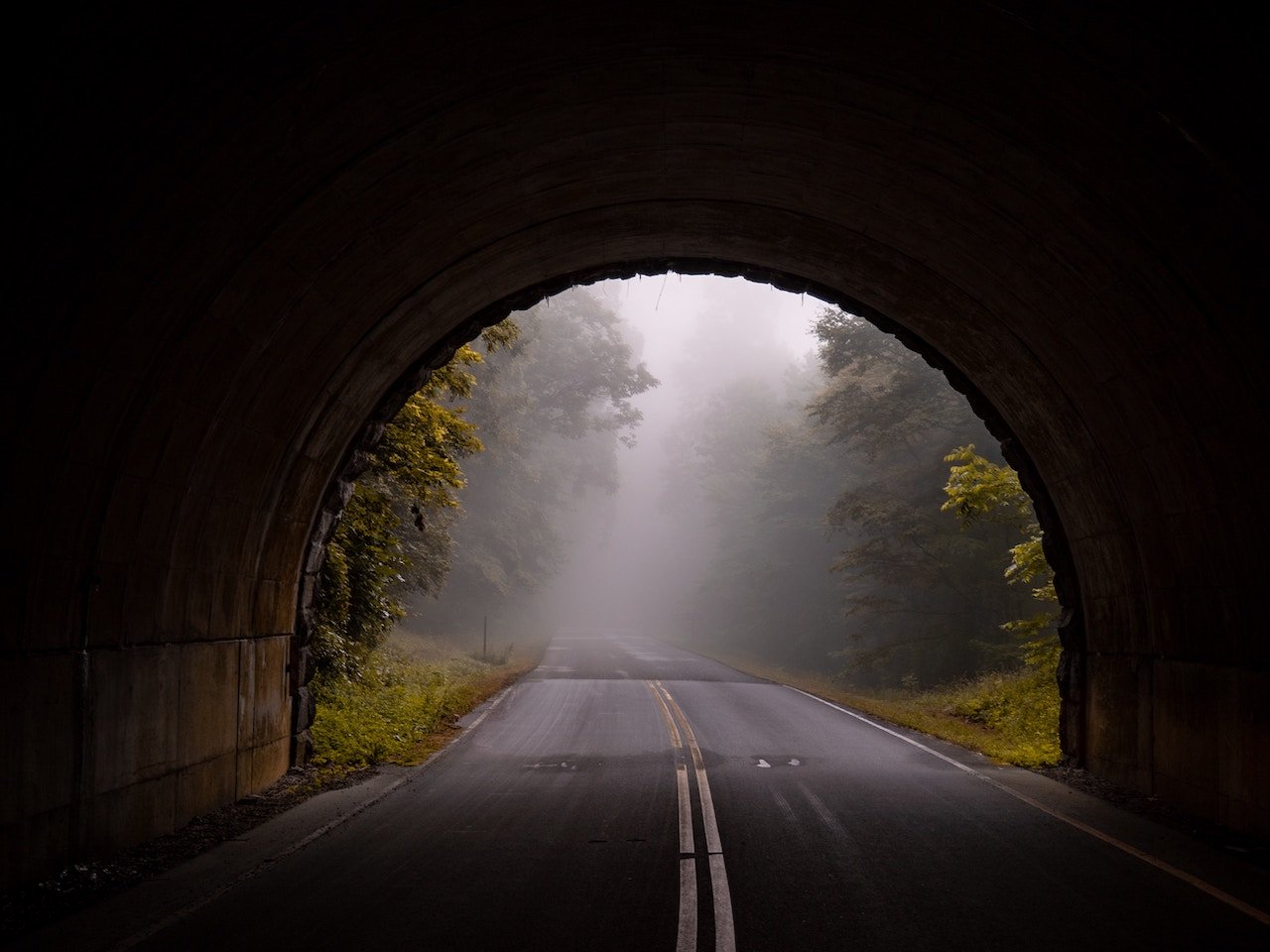 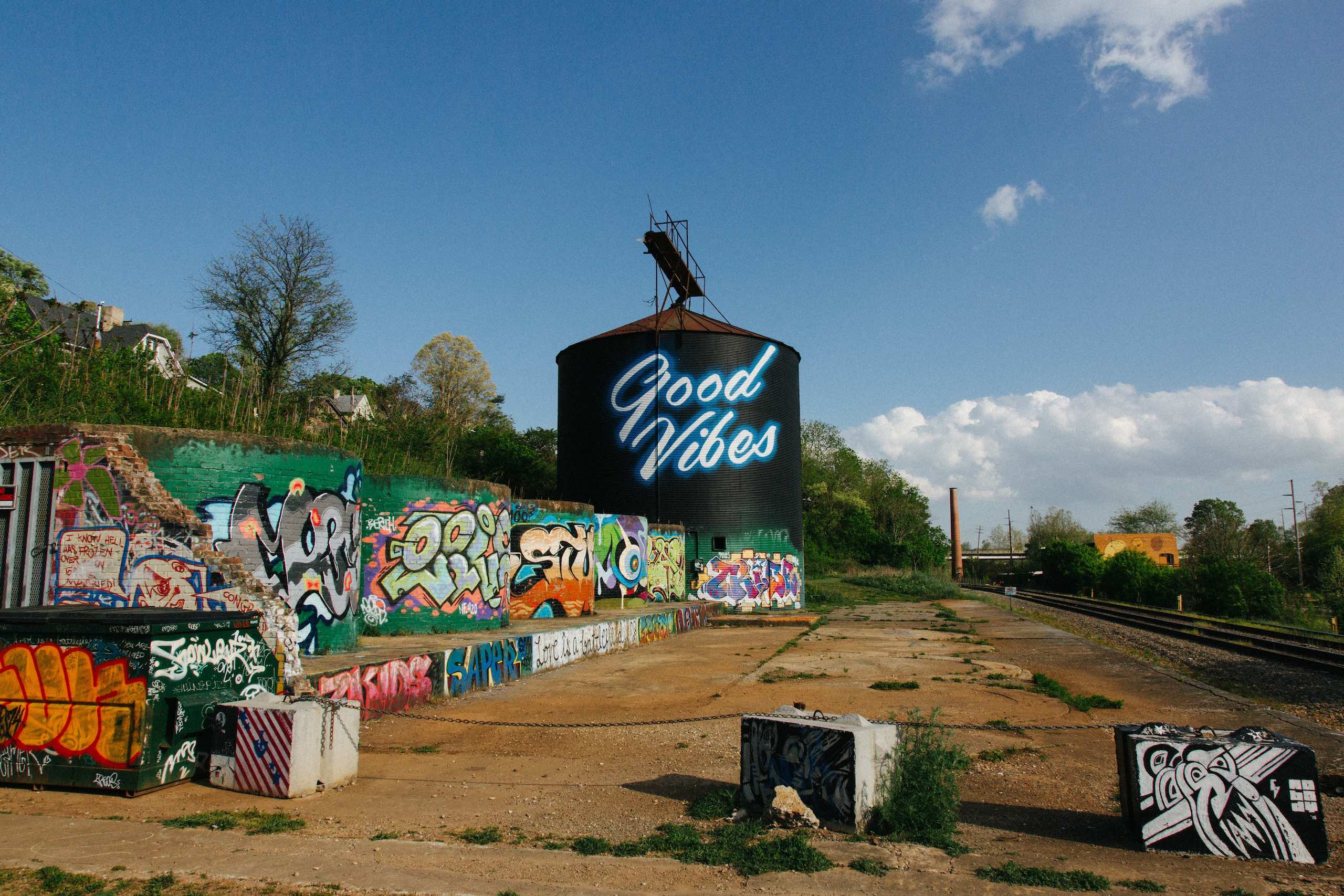 Things to see in Asheville

Clustered in an assortment of 23 buildings around the French Broad River, Asheville’s River Arts District houses the studios of 200 artists, who welcome visitors and are happy to talk about their work. Look out for the special events that take place on the second Saturday of each month. Eight miles from downtown Asheville you’ll also find the Folk Art Centre, showcasing the best of the region’s traditional arts and crafts with collections dating back to the 1850s. But you don’t have to enter a gallery to absorb Asheville’s artistic spirit, as colourful murals adorn many of its otherwise drab exteriors. Perhaps the finest example is the Lexington Gateway mural, which spans the concrete piers of the I-240 bridges over Broadway Avenue in the downtown area. You can also enjoy an impressive collection of contemporary American art at the Asheville Art Museum by Pack Square Park. 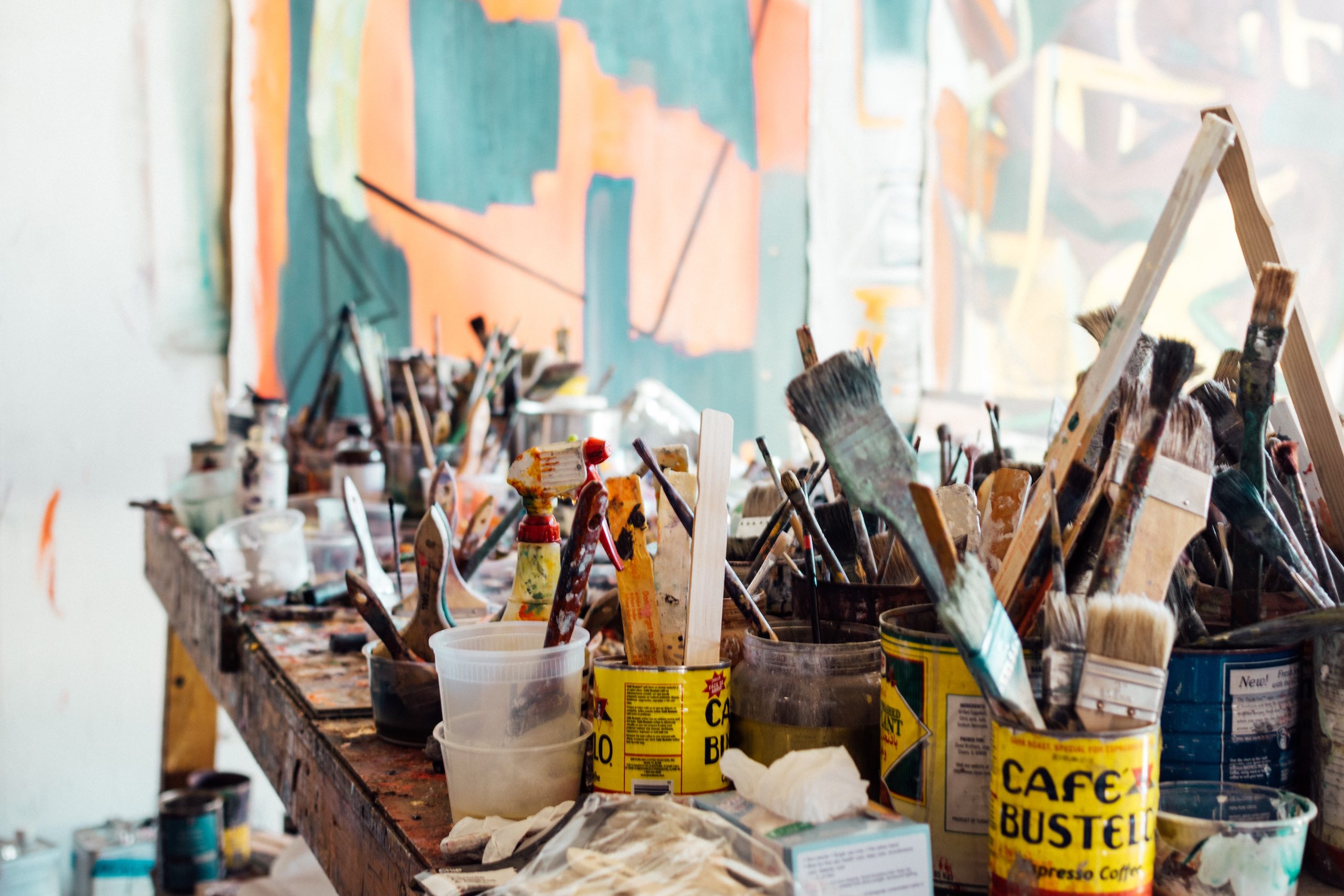 Where to drink in Asheville

Nicknamed Beer City, Asheville hosts 15 breweries within its city limits and dozens more in the surrounding area, making it a craft beer destination par excellence. One of the most intriguing is Burial Brewery, which blends Belgian brewing traditions with local flavours such as wildflower honey and North Carolina sweet potato. Another exploring local flavours is the Fonta Flora Brewery, where you’ll find beers infused with the likes of Bull’s Blood beetroots, heirloom carrots, and locally grown kiwi fruits beside more traditional brews such as the award-winning Irish Table Stout.

Elsewhere, the Funkatorium Brewery specialises in quirky and sour ales, many of which are aged in barrels first used to distil bourbon and ferment Sauvignon Blanc. Meanwhile, the Bhramari Brewing Company focusses its efforts on small seasonal batch beers, such as the sweet and creamy Carolina Common. A little more traditional is Green Man Brewery. One of Asheville’s oldest (having opened in 1997), the small original brewery space on Buxton Avenue has a strong European vibe, while the much larger ‘Green Mansion’ nearby has two tasting rooms and fine panoramic mountain views to boot. 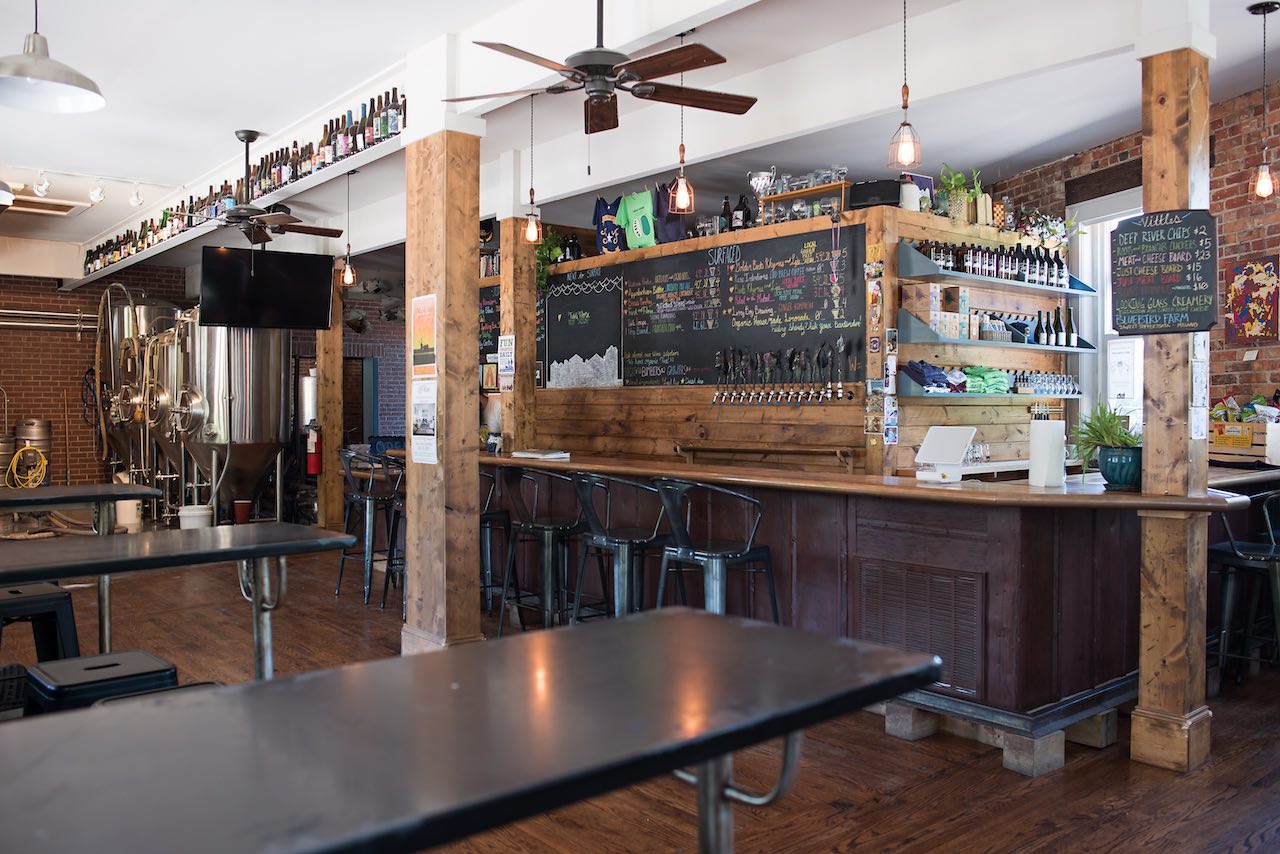 Going to Asheville? The same team that brings you the content you love designs your perfect trip

Where to eat in Asheville

Asheville’s large artistic population has resulted in a plethora of vegetarian and vegan restaurants, among which Plant stands out as the prime example. This dinner-only option has a small if eclectic menu that has led Thrillist to name it one of the best vegetarian restaurants in the US. Taking vegetarian food to new levels of playfulness, the Laughing Seed Café likes to mix up familiar and everyday dishes with a vegetable twist. Expect to find lasagne with courgette noodles and pizza on a cauliflower crust, for starters. Nearby, Rosetta’s Kitchen dedicates itself to fully-flavoured dishes made from fresh and ethically-cultivated ingredients. Nine Mile, meanwhile, acts as a crossover, with each of its meat options easily substituted for a vegetarian alternative in a menu consisting of Caribbean-inspired pasta and rice dishes. 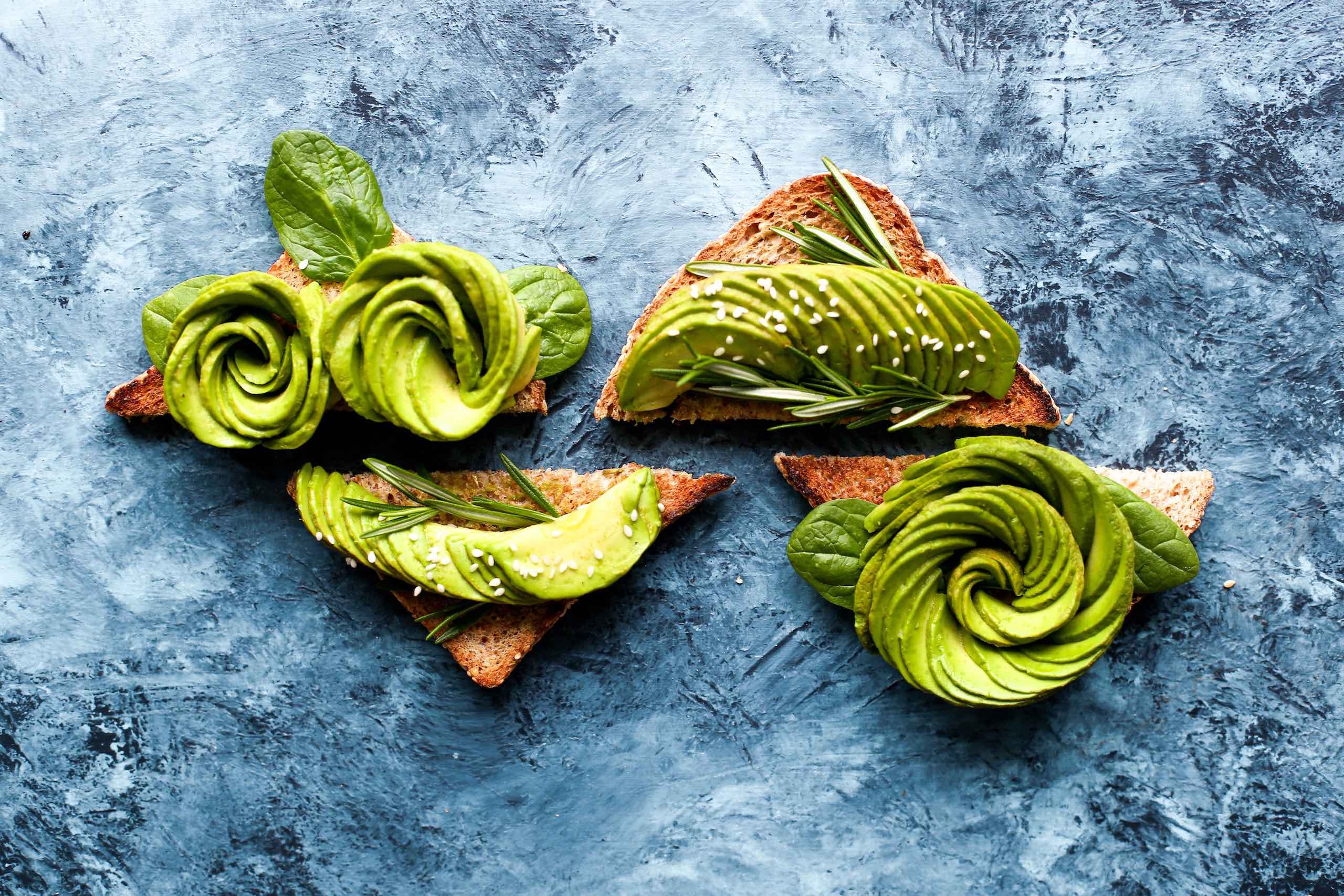 Where to stay in Asheville

For a sense of historic Asheville, the 100-year-old Omni Grove Park Inn on Sunset Mountain offers its guests clear mountain air, spectacular views of the Blue Ridge range, and the chance to play on an 18-hole golf course designed by Donald Ross. Its oldest rooms in The Main Inn are furnished with Roycroft Arts and Crafts décor, while larger and more modern suites can be found in two newer wings. Equally historic is Cumberland Falls Bed & Breakfast, located on a private knoll in a tree-fringed neighbourhood. The turn of the century building is replete with a traditional southern wrap-around veranda, and boasts the seclusion of an acre of well-tended gardens and just six rooms, perfect for a romantic getaway.

The Village Hotel on Biltmore Estate also offers classic elegance ideal for a romantic getaway. Its five-star rating is evident throughout, with rooms furnished with king sized beds, decadent linens, high-end coffee makers, and walk-in showers. Residences at Biltmore provides suites of one to three bedrooms for any type of stay in Asheville. Both hotels can be found close to the Biltmore Estate, the Chateau-like mansion constructed by industrialist George Vanderbilt which lays claim to being. 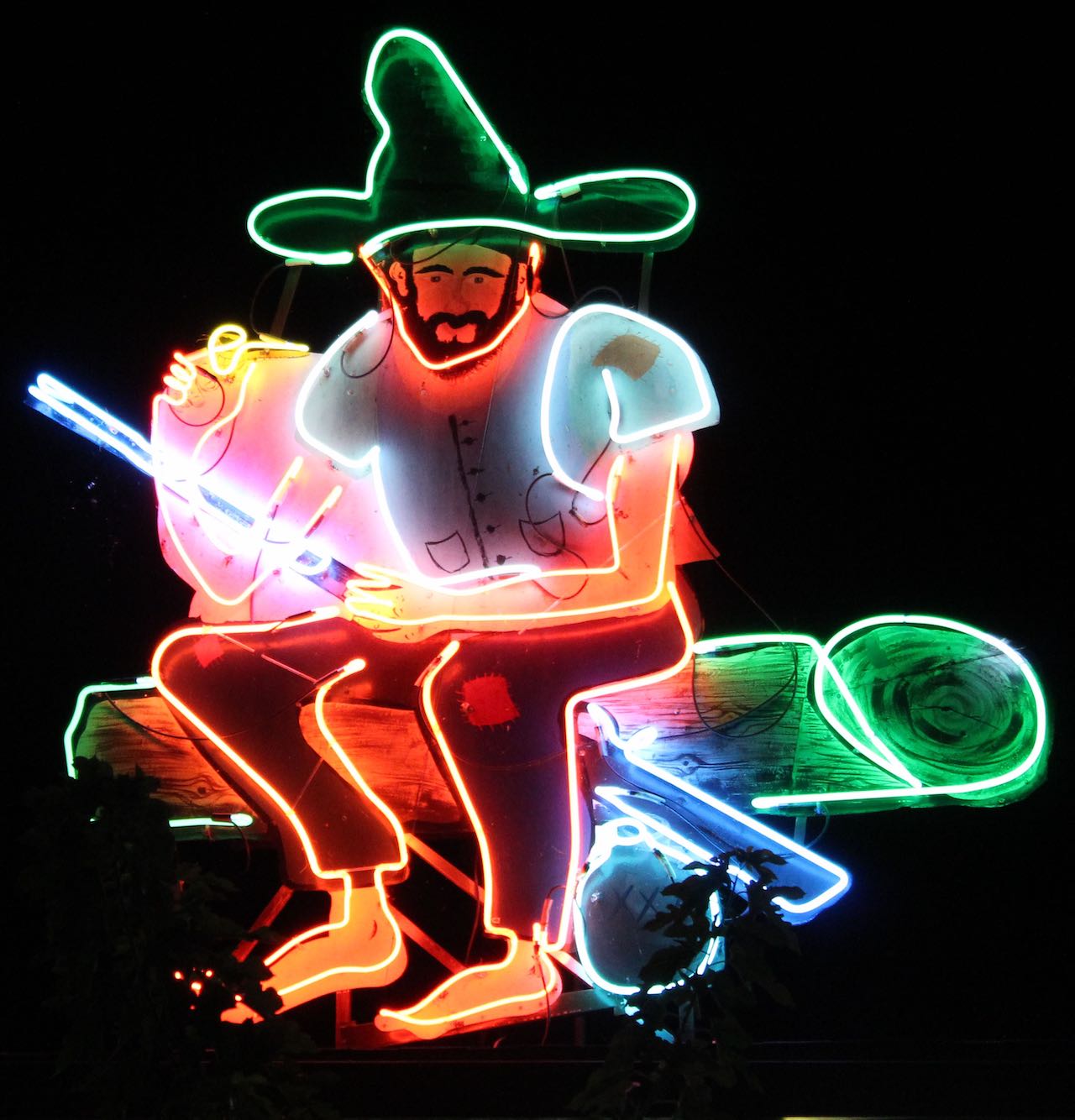 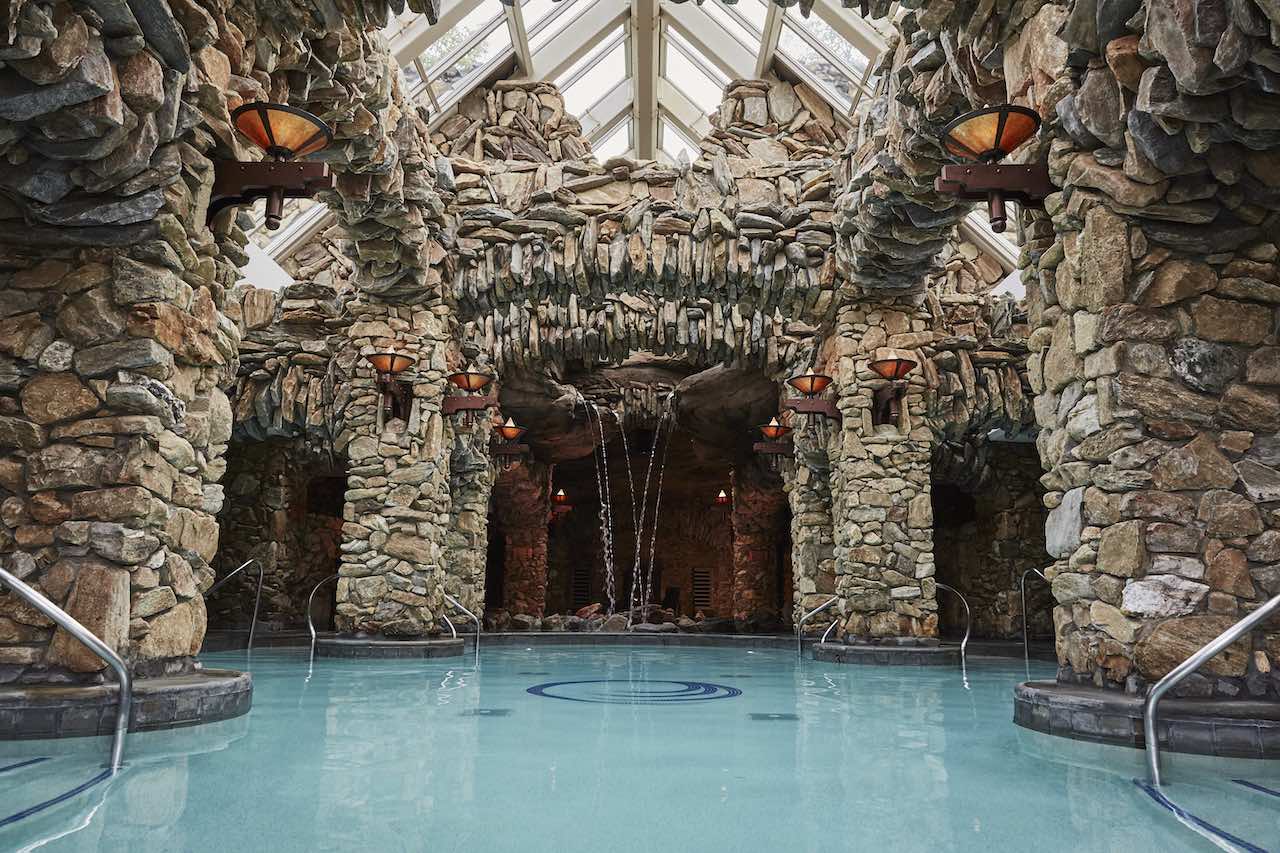 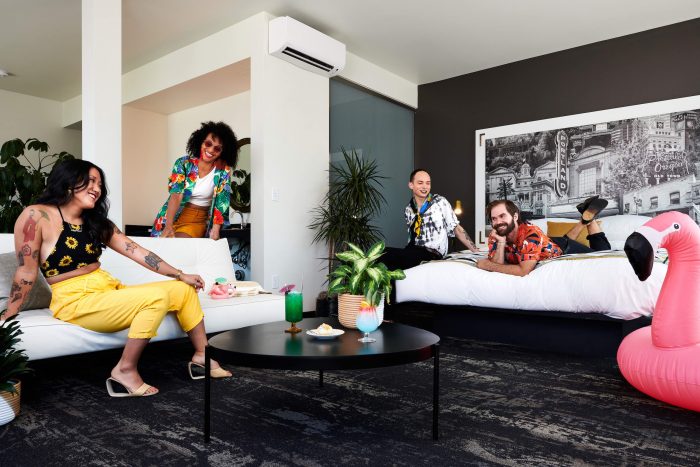 The Jupiter - a Portland hotel for a diverse community of travellers

All are welcome. Many have come. With 148 rooms combined, Jupiter Hotel and Jupiter NEXT offer a vibrant glimpse into Portland’s unique arts and music culture. 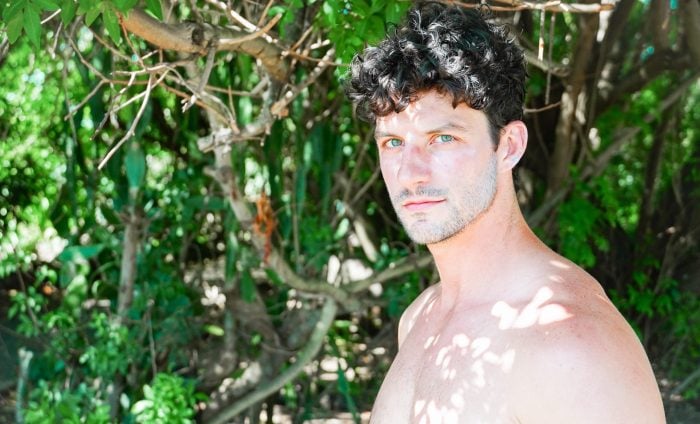 Top 10 things to do in gay Key West

Come to rest in the open arms of Key West’s inviting turquoise waters, revel amid eclectic LGBTQ pool parties and join an accepting family of locals who pride themselves on inclusion. 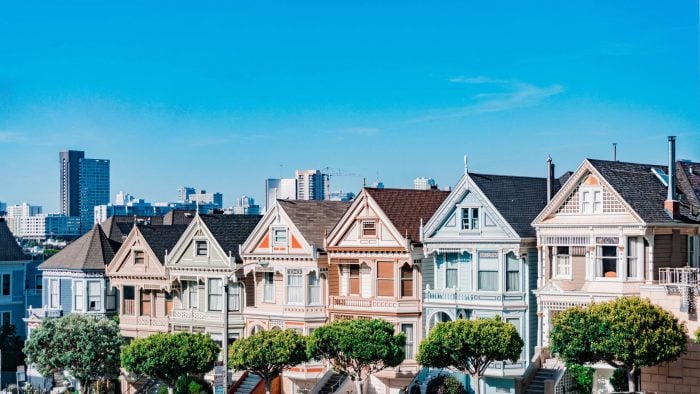 San Francisco: from Barbary Lane to the Barbary Coast

The city has produced more than a few authors of its own – so what better way to learn San Francisco than in its own words?