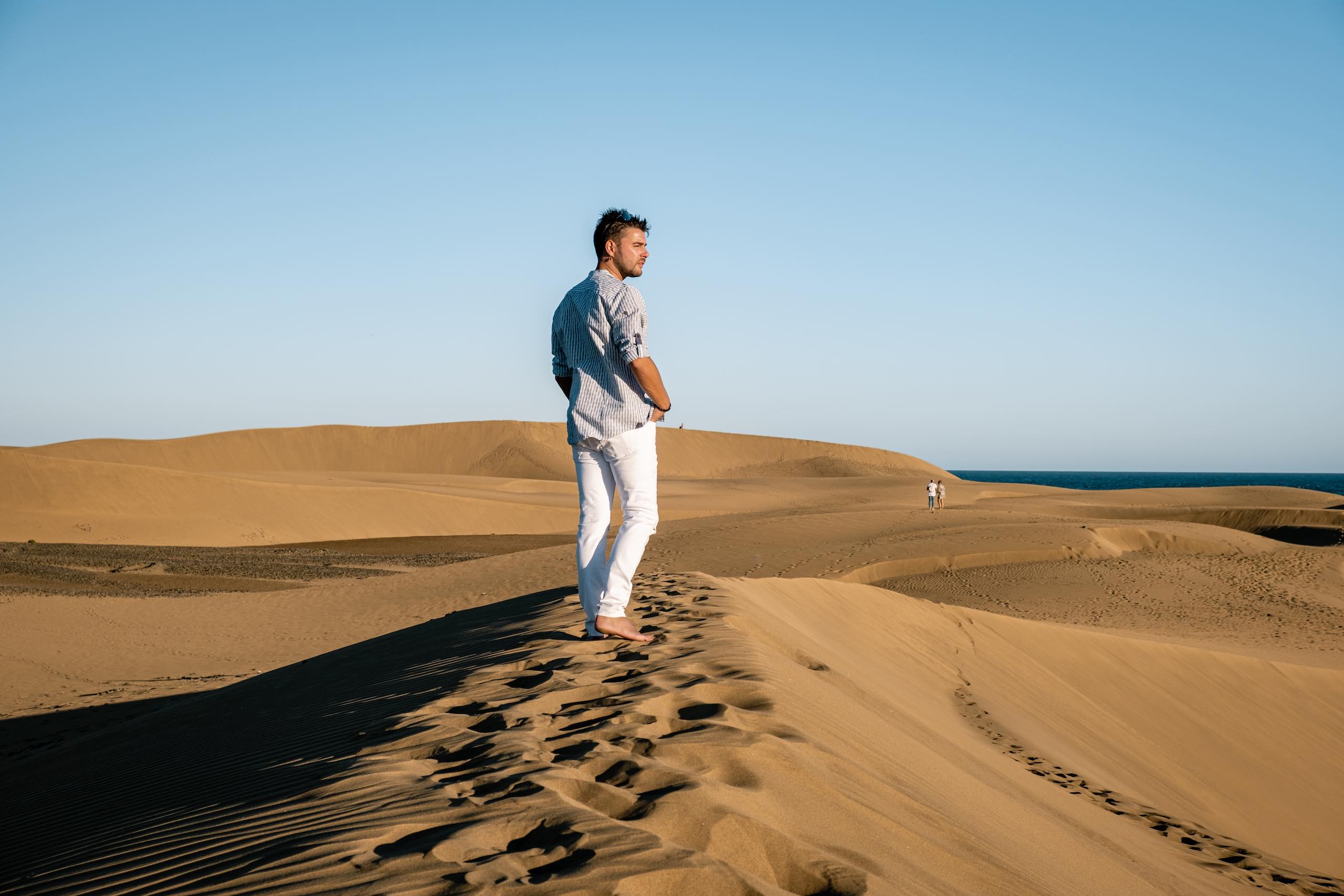 Things to do in Gran Canaria

Stories > Experiences > Things to do in Gran Canaria
Curation by Jamie McGhee, words by Ian Packham

The beaches and natural diversity of the Canary’s most populous island aren’t its sole attractions for gay visitors. Far from the historically conservative attitudes of Madrid, the Spanish island developed a tolerance for what were then ‘alternative lifestyles’. As international tourism skyrocketed in the 1960s, it became a destination where everyone could be themselves – a trend that continues today.

Where to stay in Gran Canaria

The modern, spacious rooms at Suites 1478, at the centre of the island’s capital of Las Palmas, are a great start to any Gran Canaria stay. They incorporate stylish kitchenettes and a shared rooftop terrace, without losing the essence of its traditional Canarian character. Constructed in the style of an authentic island village, the mustard-coloured buildings of Hotel Cordial Mogán Playa surround a large landscaped pool and terrace area, in addition to having an on-site spa offering an array of massage therapies. 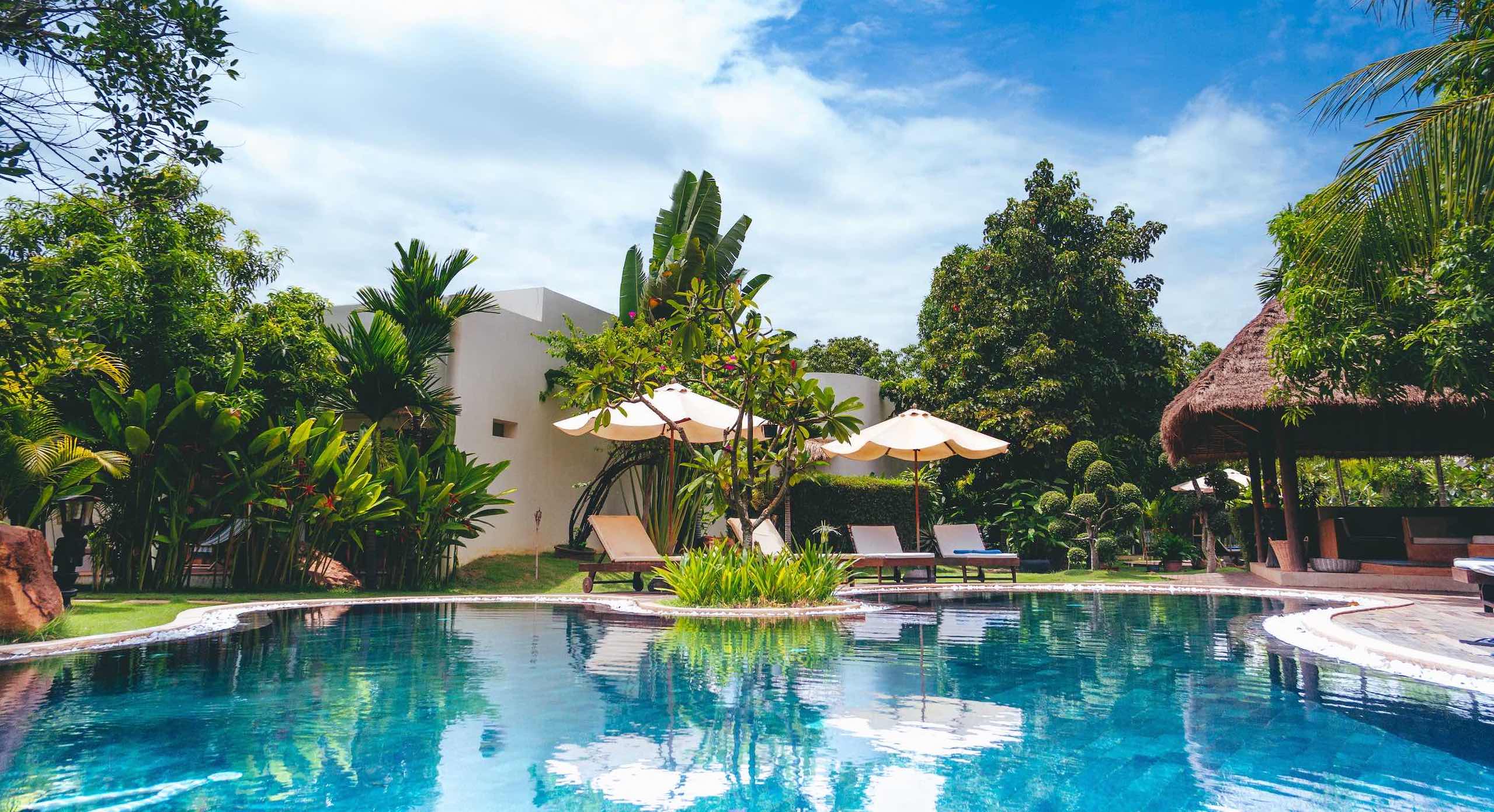 Coming with its own 36-hole golf course, Salobre Hotel Resort & Serenity is surrounded by magnificent mountain views that can be enjoyed not only from any of the seven outdoor pools but also from the guest bedrooms, each of which includes a private terrace. If the sands are your natural environment, H10 Playa Meloneras Palace offers a beach-side locale with classic Mediterranean style. Another beach-friendly stay of note is Gloria Palace Amadores Thalasso & Hotel, which has a stunning clifftop location between Puerto Rico and Amadores Beaches on the island’s southern coast, close to Meloneras Beach. As one of the largest thalassotherapy (seawater therapy) centres in Europe, guests are able to enjoy a huge number of treatments in addition to airy rooms with private balconies. 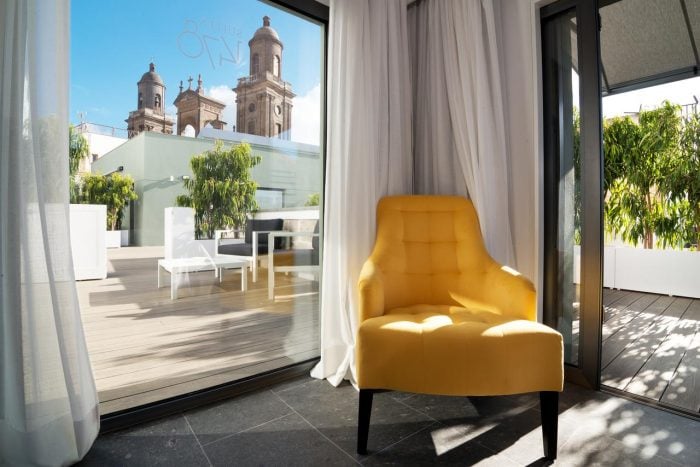 Set in the historic Vegueta district of Las Palmas de Gran Canaria, Suites 1478 features a rooftop terrace with views of the Cathedral. Rooms at Suites 1478 offer a classic décor. 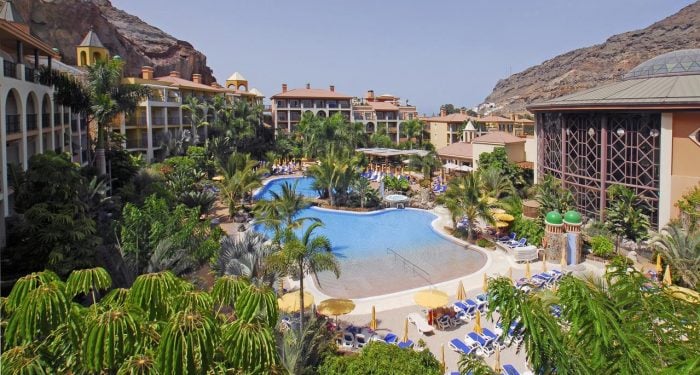 Cordial Mogan Playa Hotel is a large complex built in the style of a Canarian village. Set in tropical gardens, it features 2 outdoor swimming pool, spa and rooms with balconies. 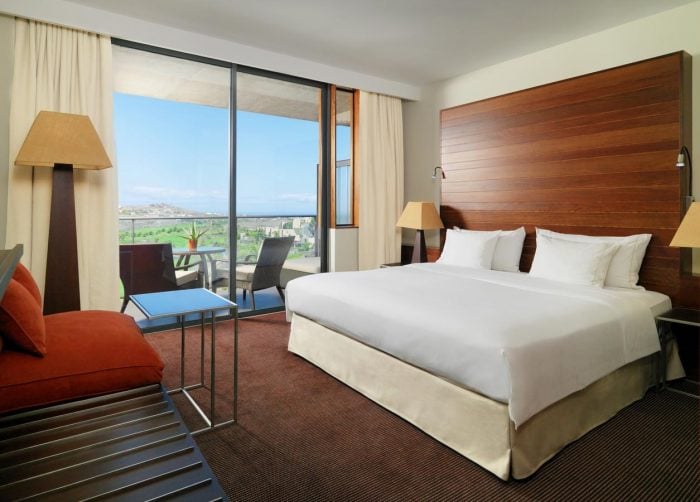 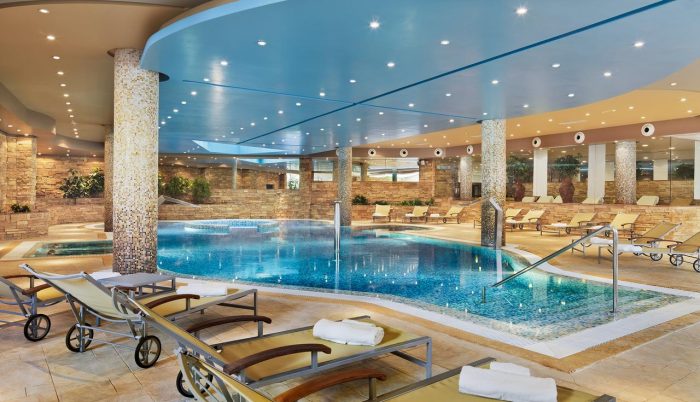 H10 Playa Meloneras Palace is next to Meloneras Beach and Golf Course in southern Gran Canaria. It has 3 swimming pools, a sun terrace, spa and striking design inspired by Antoni Gaudí. 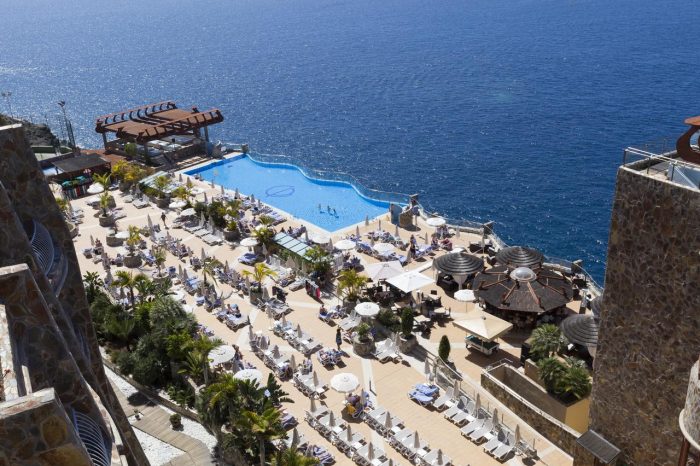 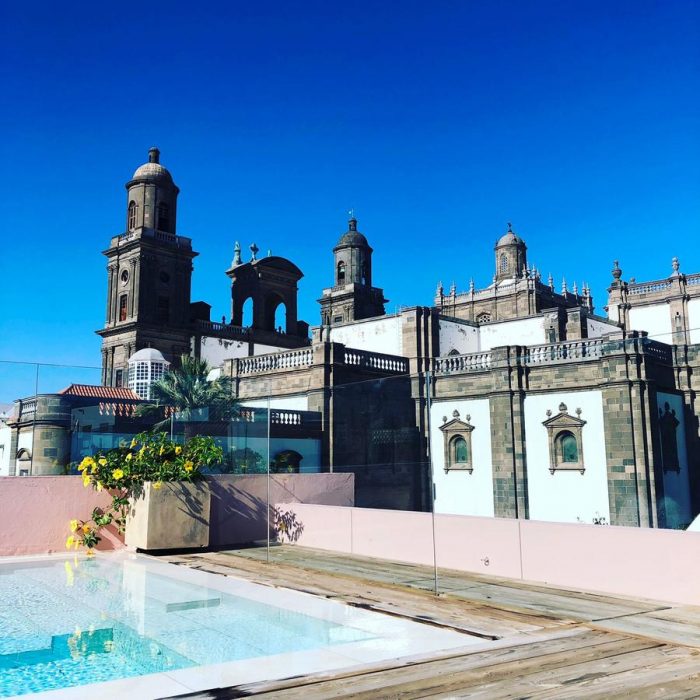 Located in Las Palmas in Vegueta neighbourhood, VEINTIUNO Emblematic Hotels – Adults Only offers accommodation with an outdoor swimming pool and a terrace with views of the cathedral. 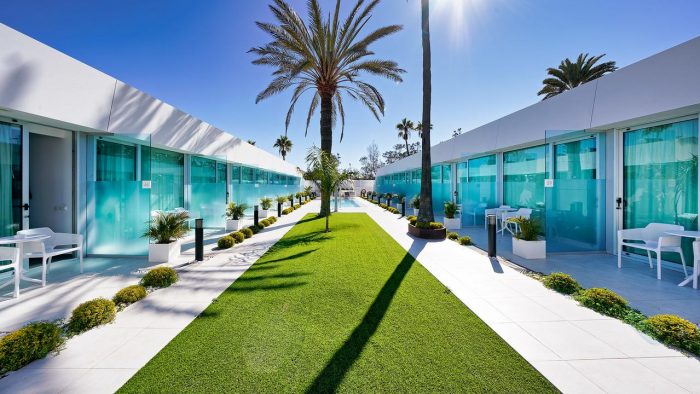 Hotel Nayra- Adults Only is located in Playa del Ingles, Gran Canaria. This property features an outdoor pool and a sun terrace. There is also a bar and buffet restaurant on site. 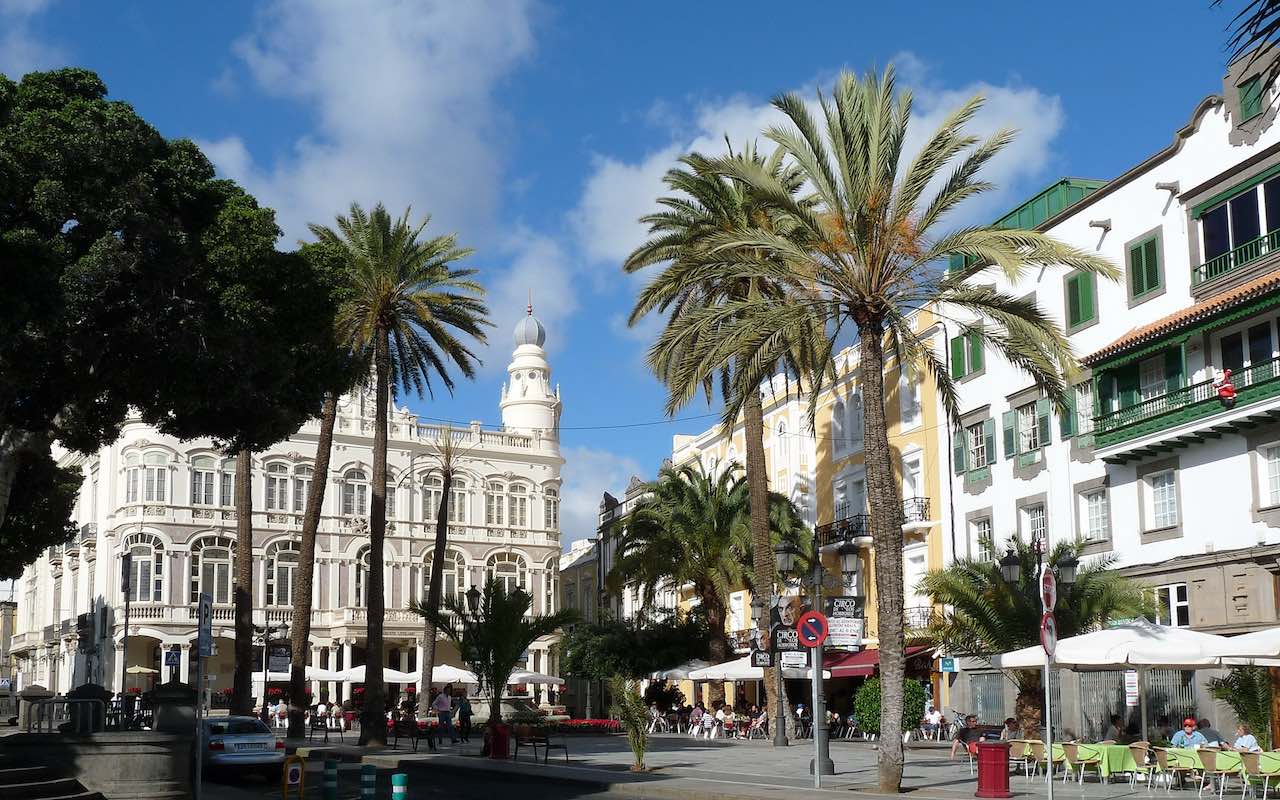 Discover more places to stay like this in Gran Canaria

Where to eat in Gran Canaria

La Aquarela restaurant provides its diners with panoramic views over the popular Arguineguin Bay, while its menu is an intriguing smorgasbord of the finest European cuisine: Salmon from Norway, Iberian pork, and local Mogan shrimp are particular highlights. The nearby 222sw Bar & Grill looks out over Patalavaca Beach from the eleventh floor of the Radisson Blu Resort, matching perfect surrounds with a menu that will please both meat and fish eaters. A little further south, on the coast at Maspalomas, Calma Chicha serves cuisine based on traditional recipes but with a global twist, fusing Spanish favourites with the flavours of Peru, Japan, and India.

Calma Chicha serves cuisine based on traditional recipes but with a global twist, fusing Spanish favourites with the flavours of Peru, Japan, and India

Located in the historic centre of Las Palmas, the menu at Deliciosa Marta is inspired by its Canarian surrounds and makes the best of seasonal local produce in each and every plate delivered by Marta and her husband. Meanwhile, the homely atmosphere of Casa Brito sets the scene for authentic local bistro cuisine focussed around traditional barbequing techniques. 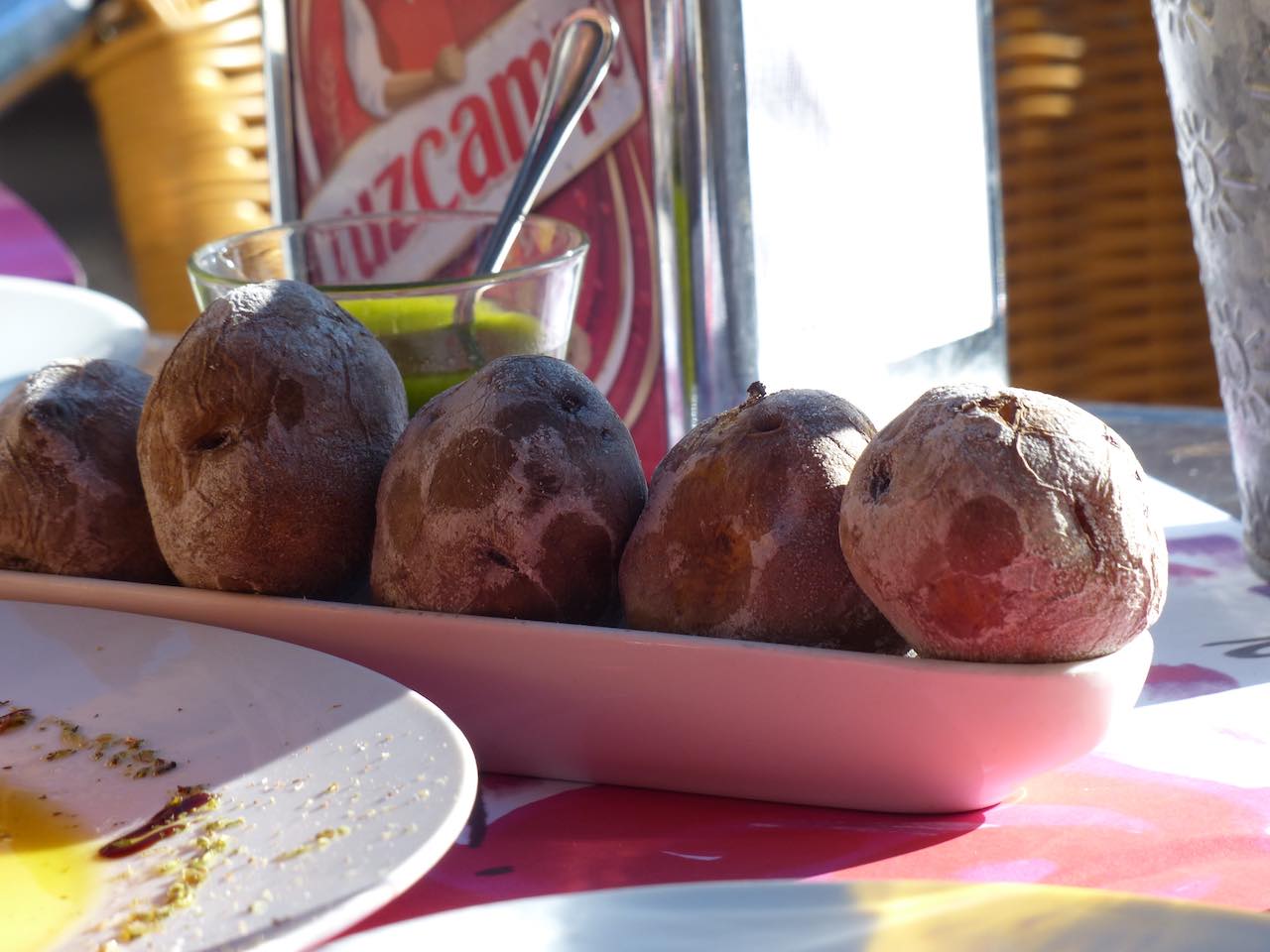 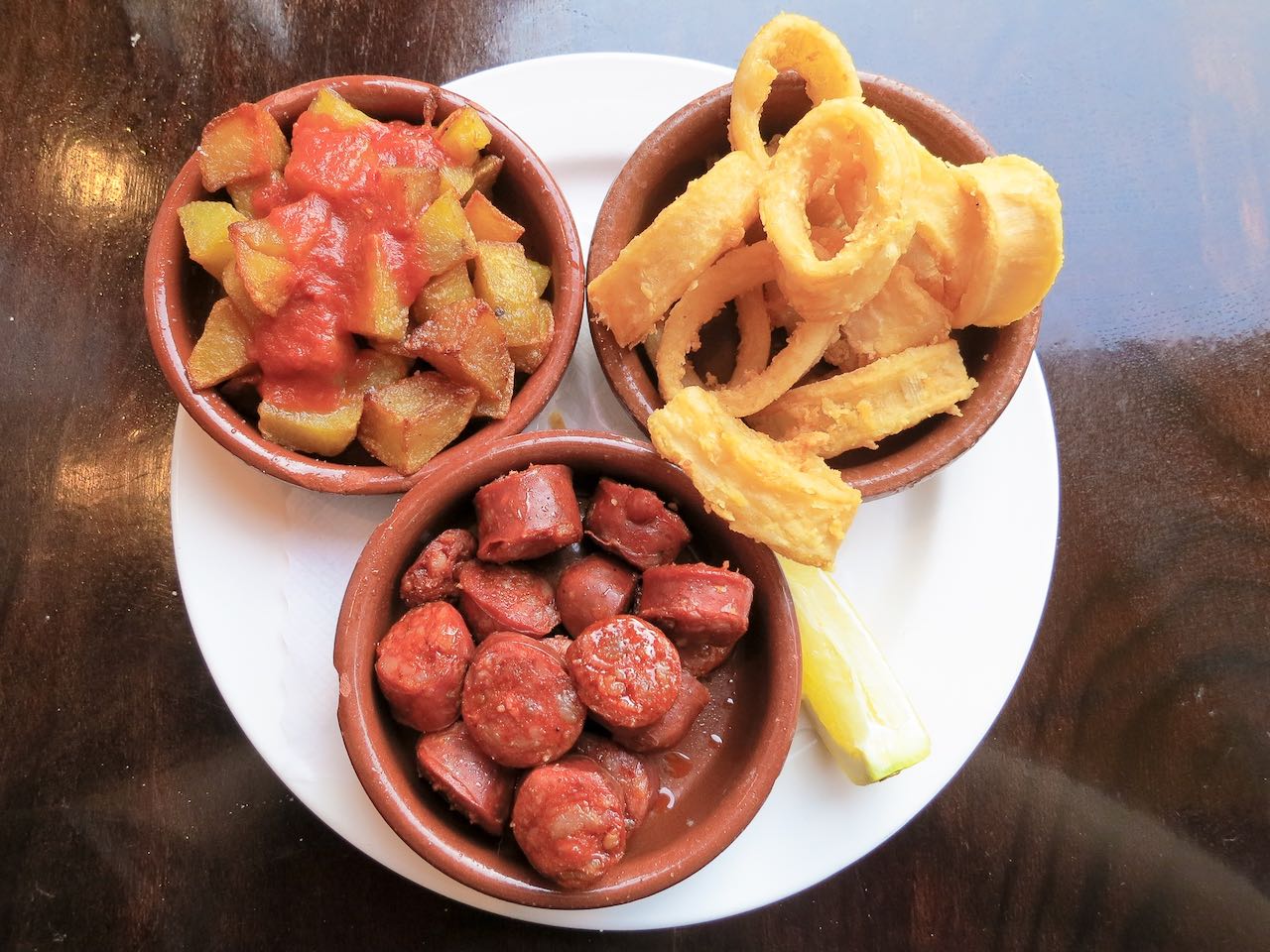 What to see in Gran Canaria

The Centro de Cultura Contemporánea San Martín is a one-stop-shop for culture on the island, marrying an eighteenth-century courtyard with contemporary art and a regular series of concerts. Dating back much further is the Cueva Pintada (Painted Cave) archaeological museum in Galdar, which contains the best-preserved relics of the island’s pre-Hispanic population. Meanwhile, Las Palmas is home to Pueblo Canario, a folk centre in the form of a traditional Canarian village. However, head to Vegueta area of the city and you’ll see the real thing – an unspoilt fifteenth-century town of cobbled streets and traditional architecture. Vegueta is also the perfect destination for art aficionados; a historic building on Los Balcones Street contains CAAM, the Centro Atlantico Arte Moderno, a gallery displaying modern art from Europe, Africa, and America. 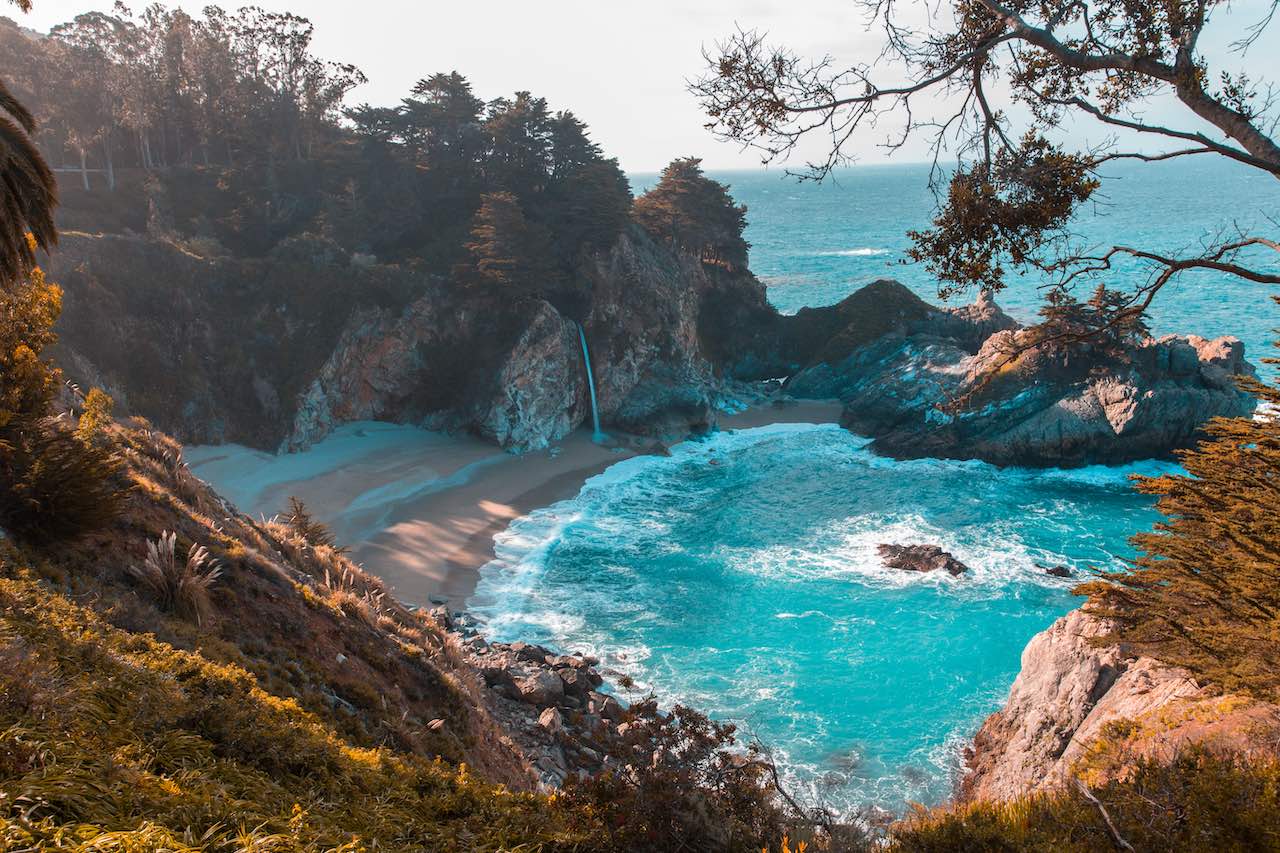 The dunes of Maspalomas in the island’s south are one of the most popular places to top up your tan, ride a camel, and hike one of three routes 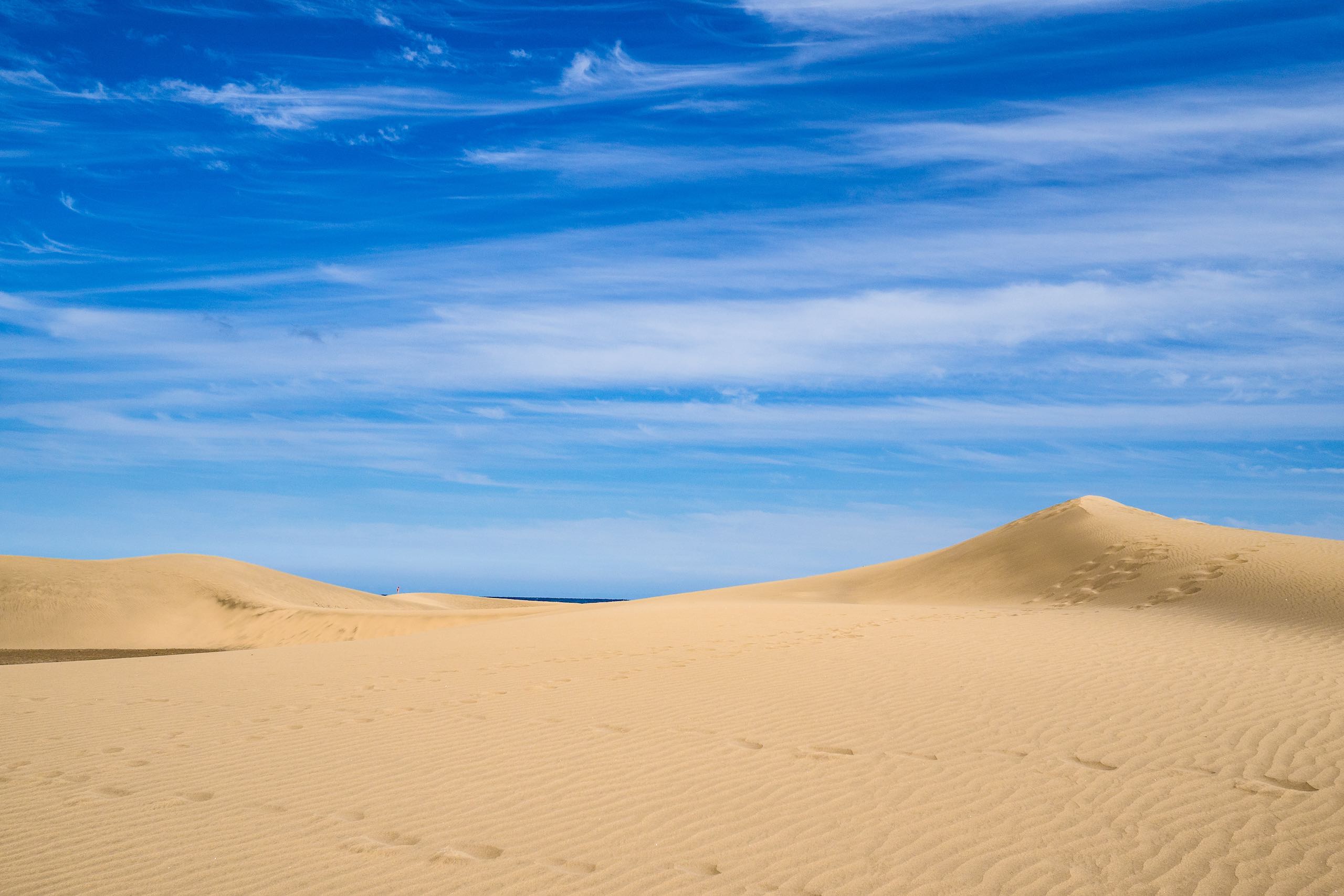 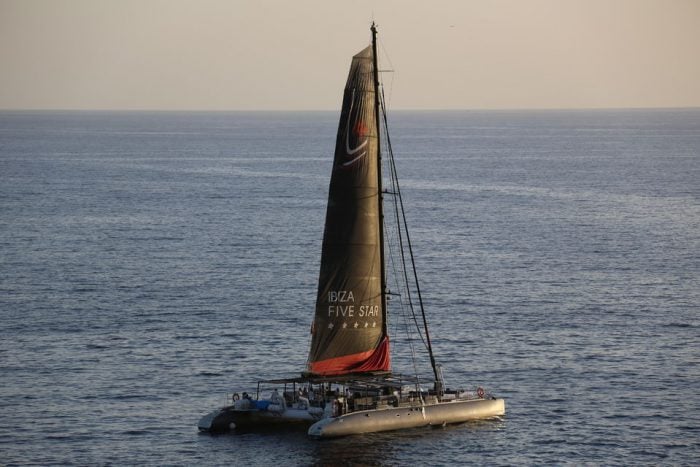 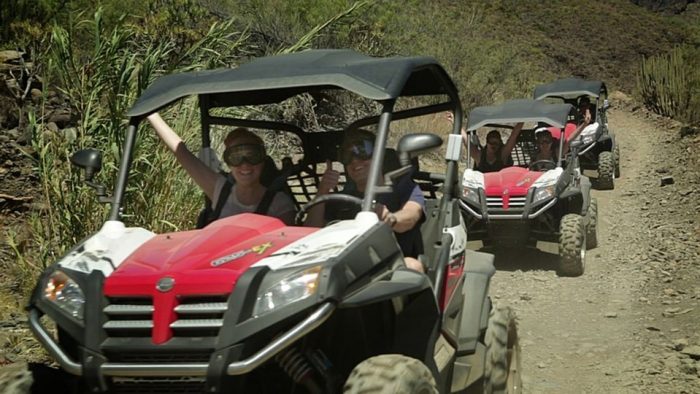 Going to Gran Canaria? The same team that brings you the content you love designs your perfect trip

Situated in Las Palmas, Playa de las Canteras is a year-round, warm water swimming and snorkelling spot thanks to an offshore lava reef that protects the coast from strong currents. The second-longest beach on the island, the dunes of Maspalomas in the island’s south are one of the most popular places to top up your tan, ride a camel, and hike one of three routes. Good walking shoes are a must if considering a visit to Güigüí Beach for its view of Teide Volcano, which is reached via a relatively tough footpath. Meanwhile, you can leave everything back at the hotel at Playa Guayedra, the island’s famed nudist beach. One of the best-equipped beaches can be found on a resort at Puerto de Mogán, with sun loungers, umbrellas, and water sports facilities. At the opposite end of the spectrum, the man-made freshwater lake beaches of Presa de los Pérez are a great choice for returning to nature without having to remove all your clothes. 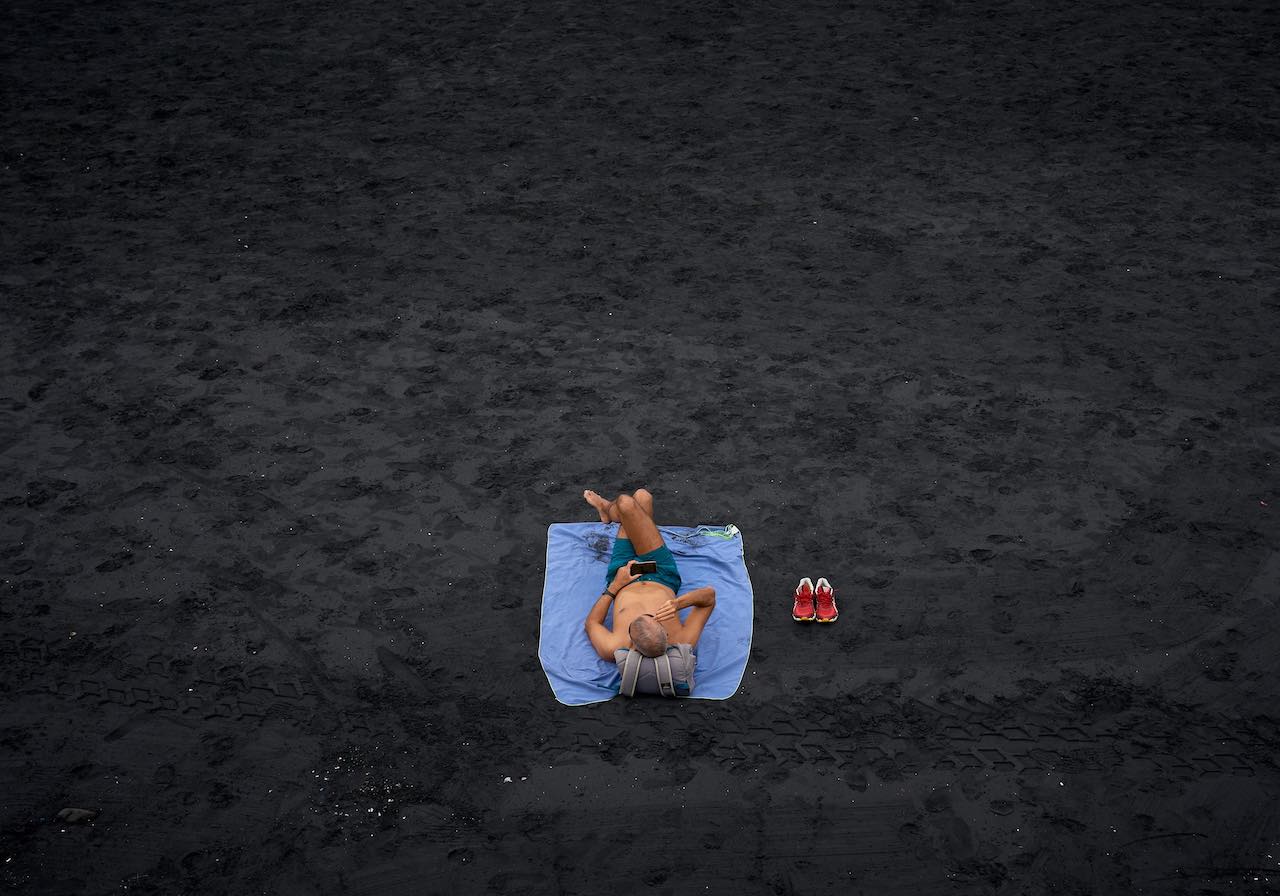 Uncovering the best of what Gran Canaria has to offer

If heading to one of the island’s beaches isn’t quite enough for you, you can explore the dramatic coastline from the waves with a trip aboard the Aphrodite, a wood-built yacht which plies the waters around Puerto Rico on the southwest of the island. Away from the coast, the forested slopes of Laguna de Valleseco are prime walking and cycling country, as is Los Tilos de Moya nature reserve. An altogether different form of the reserve can be sampled at Bodegas Bentayga, a vineyard boasting flavourful wines and astounding views across to the Caldera de Tejeda. Alternatively, closer to Las Palmas you’ll find the award-winning Bodegas Mondalón winery, while Bodega Los Berrazales not only produces fine wines but is also the site of the world’s northernmost coffee plantation.

Also to the north of the island is the Quesería Cortijo de Caideras cheesery, which produces nine varieties of ultra-local queso de flor (flower cheese), made using the thistle-like flowers of the artichoke to set the curds into cheese. For those with a sweeter tooth, the freshly-prepared cakes and pastries of D’Vainilla are a wonderful introduction to the island’s Spanish dessert traditions. But perhaps the best way to sample all the foods Gran Canaria has to offer is with a visit to Mercado del Puerto, a market that has been in operation since the nineteenth century. In addition to the traditional stalls of produce, the market also includes stands of street food from the Canaries and around the world. 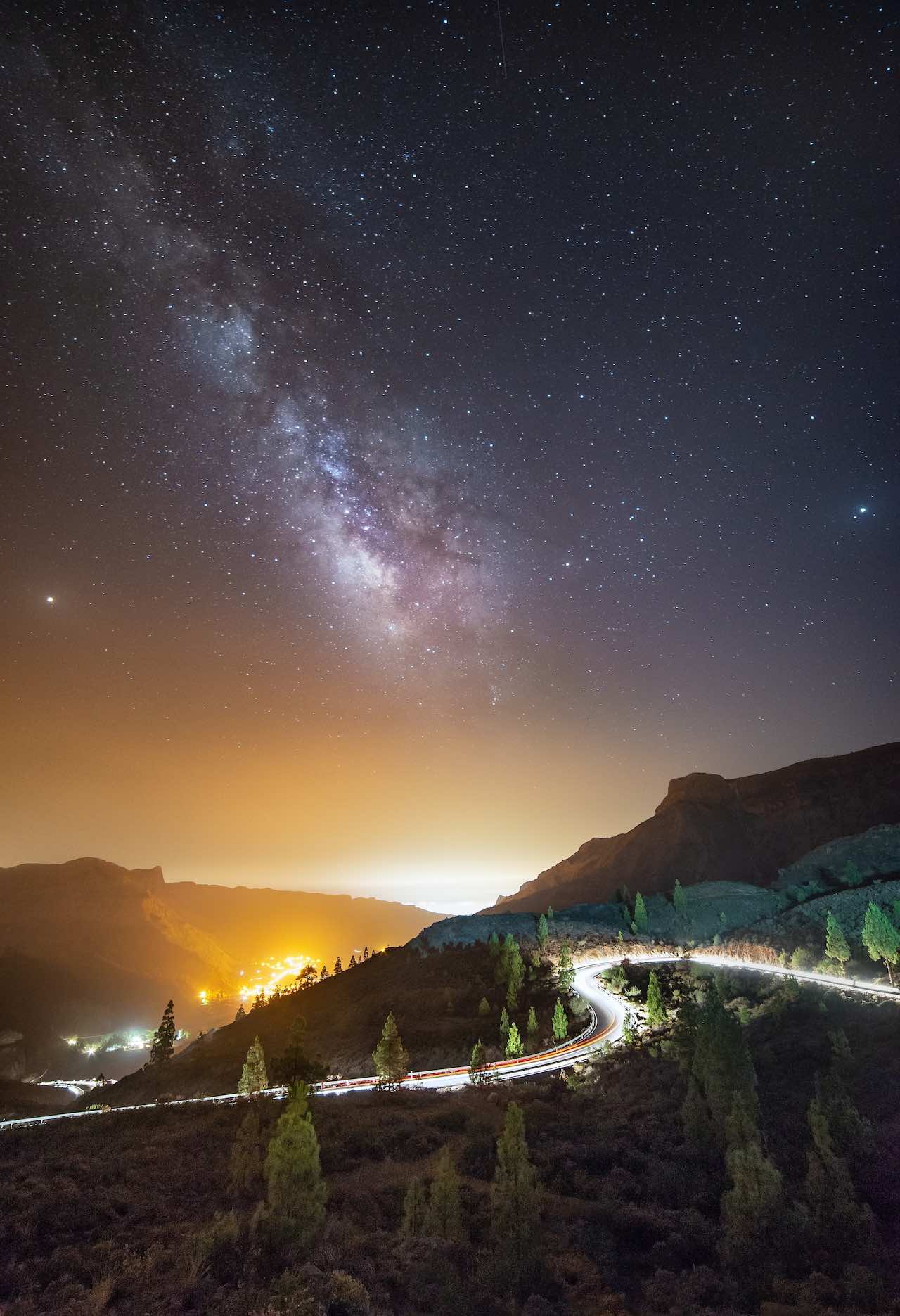 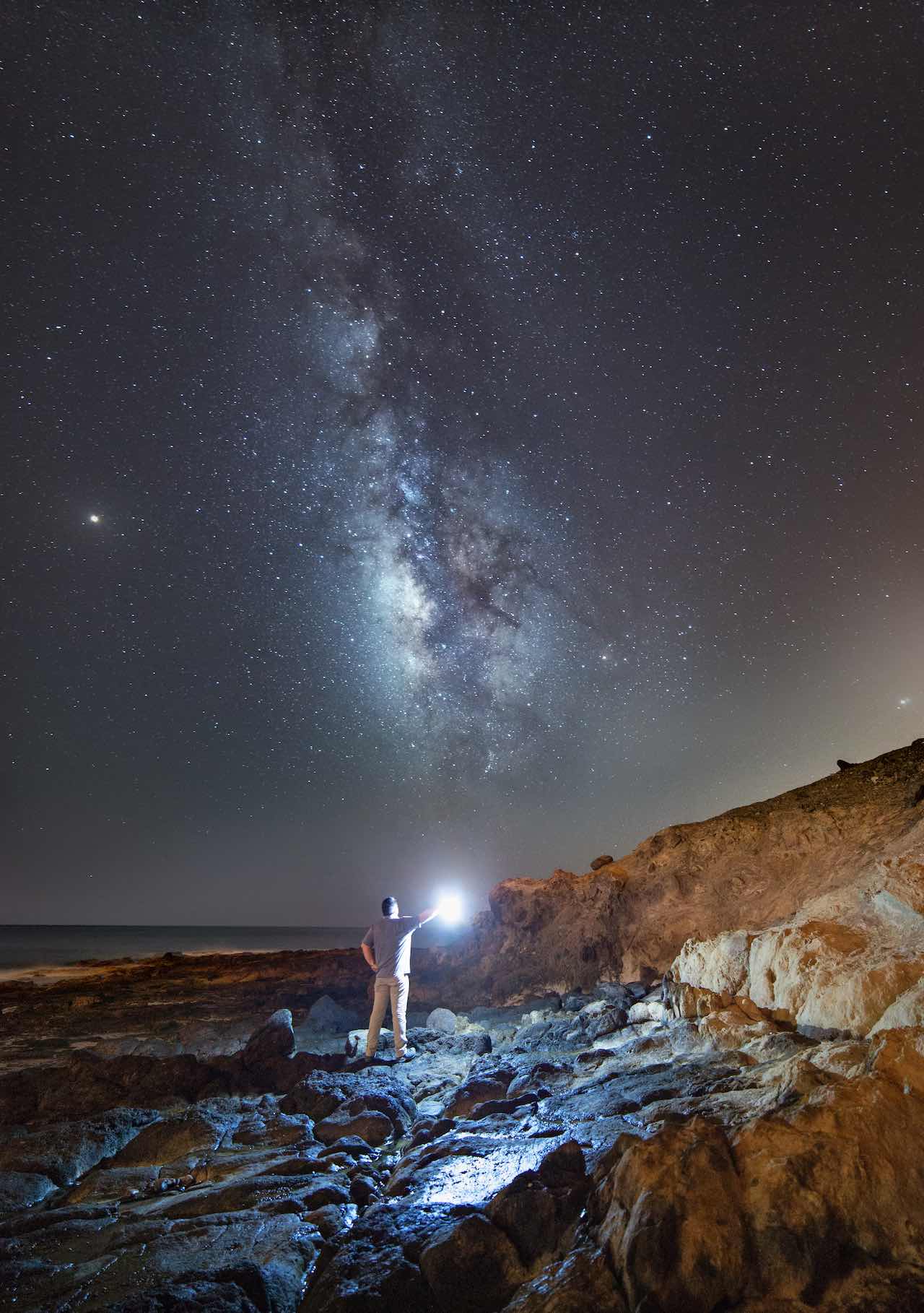 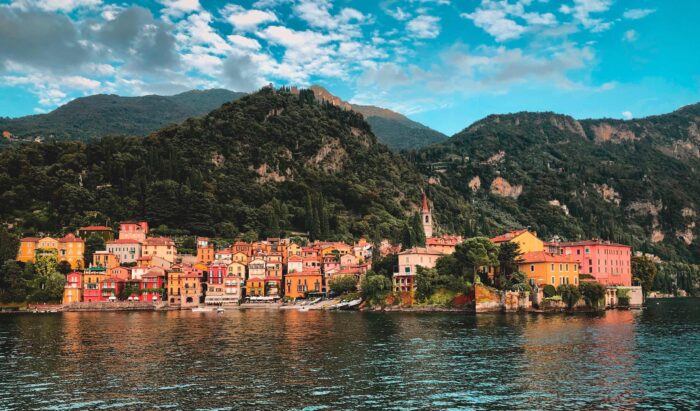 Discover the most beautiful lakes in Italy

In just a short journey from Italy’s fashion capital of Milan, travellers will find a cluster of lakeside towns and villages each serving up their own flavour of local lifestyles, oozing either lavish refinement or carefree adventure. 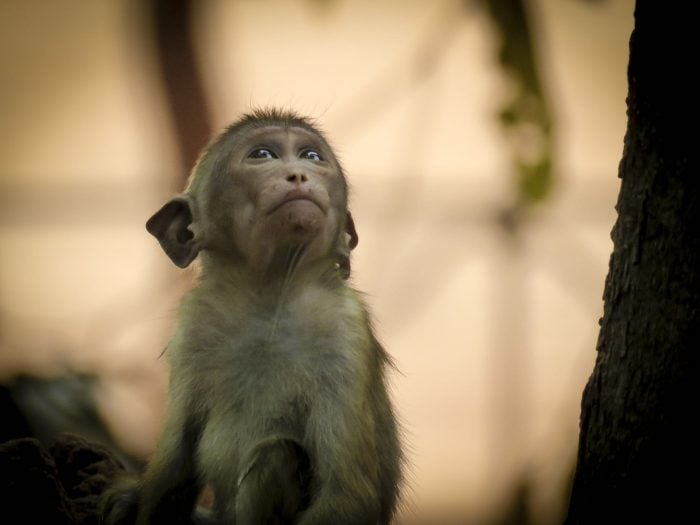 Things to do in Colombo, Sri Lanka

Colombo, Sri Lanka’s thriving capital, is an ideal prelude to the country’s central provinces and idyllic coastal communities. It’s a city that serves its guests as both a door and destination, as time and preference allow. 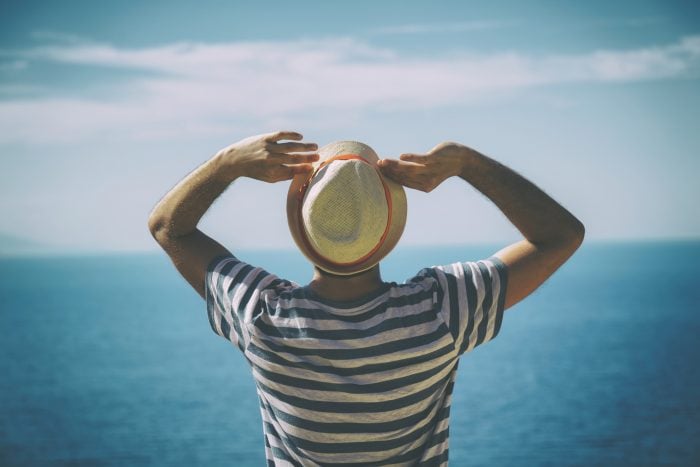 Once overrun with Spring Breakers and outshone by neighbouring beach babe Miami, the tides are turning for Fort Lauderdale, a city fast becoming the go-to LGBTQ travel destination in the US.