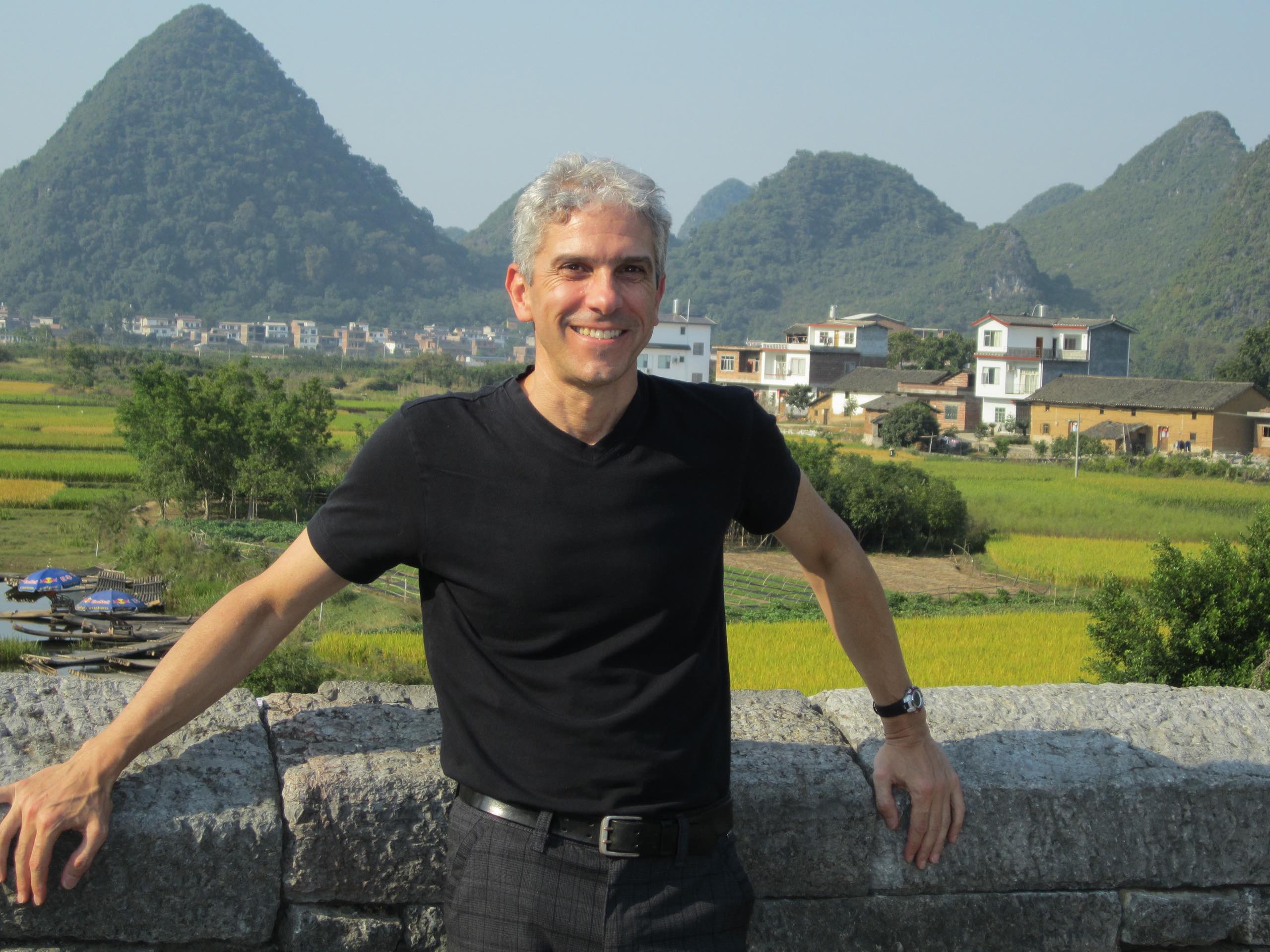 The favourite places of Robert Driscoll

Having worked for some mainstream tour operators for several years back in the ‘90s, Robert Driscoll launched Venture Out 20 years ago — a gay tour company that specialises in guided, small-group tours around the globe. From Europe to Asia, Africa to Latin America, his company has been designing and operating distinctive tours for the discerning gay traveller since 1998. He talks to Mr Hudson about some of his favourite places.

I grew up along the Massachusetts seaboard. My mother always had the travel bug, so maybe I got it from her. My father, on the other hand, didn’t like to venture out much and certainly not so far, so our trips were limited to Cape Cod, the White Mountains of New Hampshire, and the coast of Maine. But it was a high school field trip to France that really ignited my wanderlust. After college in Vermont and Paris, followed by graduate work at UC Berkeley, I settled in San Francisco, which has been home for over 30 years now – though I’m often away on one of our tours or doing research.

What makes Venture Out special?

After 20 years in business, I like to think that we’ve become not just very discerning about the destinations we offer but also what exactly we do in those places, what works well and what doesn’t, where we stay, situations to seek out and those to avoid, and so on. But equally important is the fact that the travellers who come to us are not only similarly discerning, but are smart, curious, engaging, and fun loving. It’s a great combination. A lot of toil goes into creating an itinerary, so it’s gratifying to have guests who understand that and appreciate the final product. And so many of them keep on coming back, which in turn keeps us on our toes!

Why is Venture Out so popular with gay travellers?

Gay travel isn’t one thing, and gay travellers aren’t one kind. Our speciality is designing and operating small-group tours, but some gay travellers don’t want to travel on an organised, escorted group tour. I get and appreciate that — different strokes for different folks. But for those who don’t want to bother with or don’t have the time to plan their vacation we offer an accommodating and enjoyable service.

Some are of the opinion that tour groups for gay travellers aren’t needed any more because gay people are so much more accepted now that if they want to do a group tour, they can go on any group tour whose itinerary suits them. Well, maybe. It depends on the person and the trip. But there’s still a place for tour companies that offer what we do. Many gay travellers enjoy the company of being in an LGBT group and feel more at ease.

Scotland has been getting a lot of favourable press in recent years as a worthwhile destination to experience, and the country’s visitor numbers are on the rise. It’s an engaging place: beautiful scenery, a vibrant and complicated history, lovely people, and a great culinary scene. Venture Out will be running its third tour of this beautiful destination in 2019.

The coast of Croatia is stunning, and its jewel is considered by many to be Dubrovnik. But the town has become completely overrun now. Avoid June through August as the crowds can be crushing. And when there’s a cruise ship (or four) in port, it’s suffocating.

Whoa, that’s a toughie. If I was pinned down and had to pick a place, I guess I’d choose Italy, but being half Italian, I’m perhaps biased. The very first tour that Venture Out ran was in the Italian region of Tuscany. There were two guests, one guide, and myself as the driver! That was back in 1998, and the love affair with La Dolce Vita has continued to this day.

That said, there isn’t a destination that Venture Out has offered that I haven’t enjoyed. If you travel with an open mind and curiosity about other cultures, you’re sure to take away something from every place you venture to. 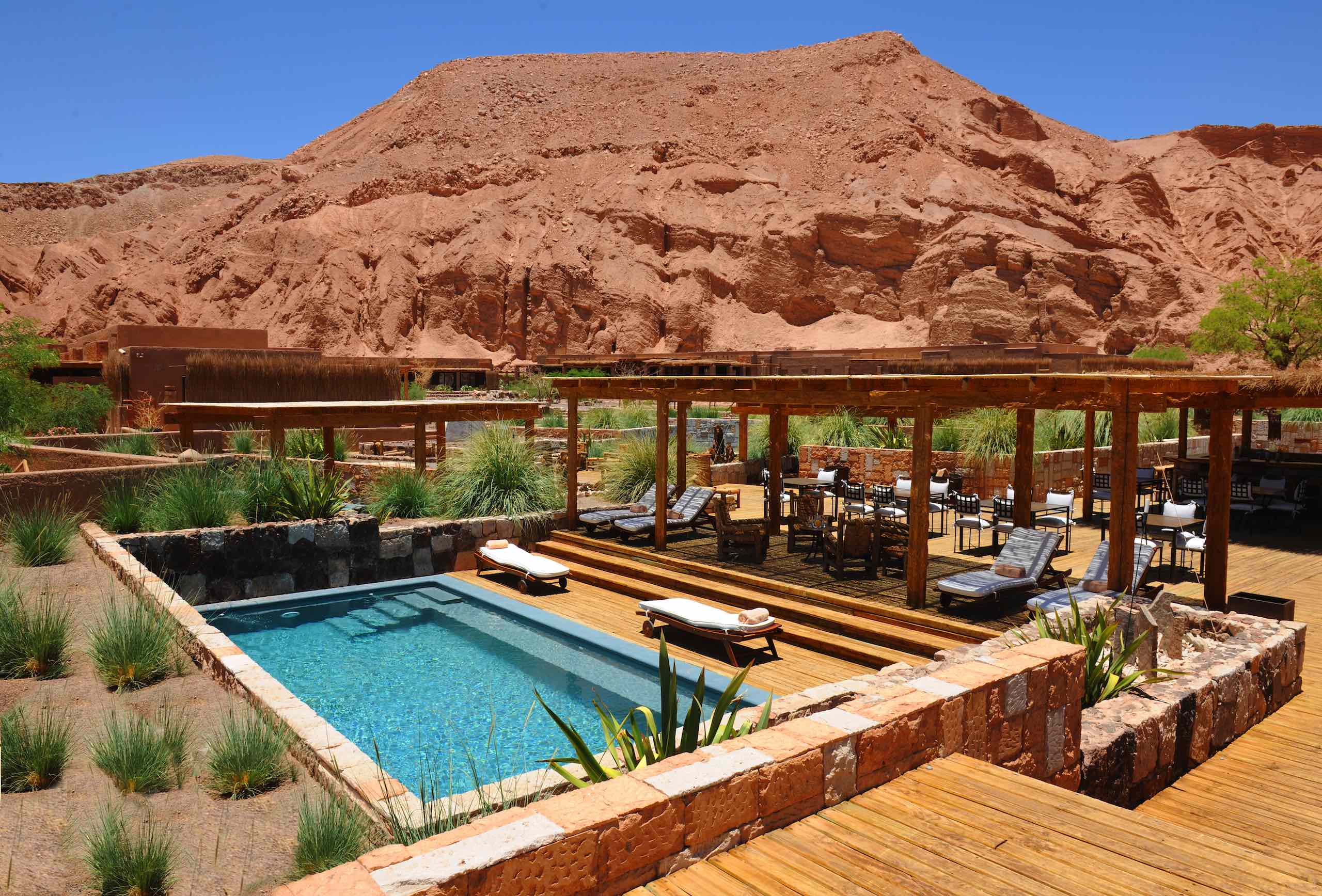 Want to follow in Robert’s footsteps? The same team that brings you the content you love designs your perfect trip

People travel for different reasons. As Mark Twain observed, “Travel is fatal to prejudice, bigotry, and narrow-mindedness.” This strikes a chord with me. This feeling has been a motivating factor in my wanderings around the globe. To see the world helps to understand it. To understand it helps to break down fears and misunderstandings. But also: who doesn’t like to escape from their routine now and then, if for nothing else than to recharge the mental battery. And have you ever noticed that some of the most engaging conversations you’ve had with people involve places you’ve travelled to?

Too numerous to choose just one! Venture Out pays meticulous attention to the accommodations on our tours. Obviously, not every place we stay is going to be a knockout, but a few places come to mind that stand out. Mind you, the “best hotel” in my opinion doesn’t necessarily mean the fanciest or most elegant. There are different reasons a place might deserve accolades.

In Tanzania (East Africa) Nomad has several gorgeous safari properties including Lamai Serengeti. Further down in Southern Africa you’ve got Victoria Falls River Lodge, another stunner, on the banks of the Zambezi River. Alto Atacama in Chile’s Atacama Desert is a standout, and then there’s the historic Luna Convento on Italy’s Amalfi Coast, or the lovely bungalows at Villa Inle Resort along the shores of Inle Lake in Myanmar. I could go on. And on.

An ideal trip to Europe is going to differ from the perfect trip to Africa and that in turn from an ideal one to Australia, but the things in common that we strive for are creating a welcoming atmosphere; incorporating places that are somewhat off the beaten path but that don’t place people outside their comfort zones (there are other trips out there for boundary-pushing); ensuring there’s a balance between scheduled group activities and free time for people to explore according to their interest, e.g. shopping, spa-ing, museum-ing.

I have to say that some of the local guides we’ve had in developing countries who grew up in challenging situations have left an impression on me and how I view life — people who have had the toughest of backgrounds but who have emerged to share their knowledge with kindness and generosity. It’s completely humbling. One example: guides who are old enough (meaning 40 and up) to have lived through – and survived – the Khmer Rouge in Cambodia.

These are nerdy things, but I like seatguru.com for examining seating charts on airlines to see where the extra-legroom seats are, the lavatories (to avoid their proximity), limited-recline seats, missing windows, things like that. And there are apps like Google Flights, Skyscanner, and Kiwi that alert you when the fare on a flight/route has changed. I just got a ticket to Australia after receiving an alert that the fare had dropped several hundred bucks.

But for slightly under-the-radar destinations? Miyajima Island (not far from Hiroshima), Bologna, the Isle of Skye, the Atacama Desert, and Kangaroo Island, Melbourne.

Sure. Follow Mr Hudson assiduously and take a Venture Out trip, of course! Beyond that, Utopia-Asia.com, despite its less-than-attractive design, is an excellent online resource for gay travellers for much of Asia. The International Gay & Lesbian Travel Association is a network of gay-friendly tourism businesses around the world.

Should you be visiting one of my favourite cities, Paris, skip the overly trendy Marais district and instead admire the handsome food vendors at the Rue d’Aligre outdoor/indoor market, and then enjoy the pool and sauna at Le Riad. 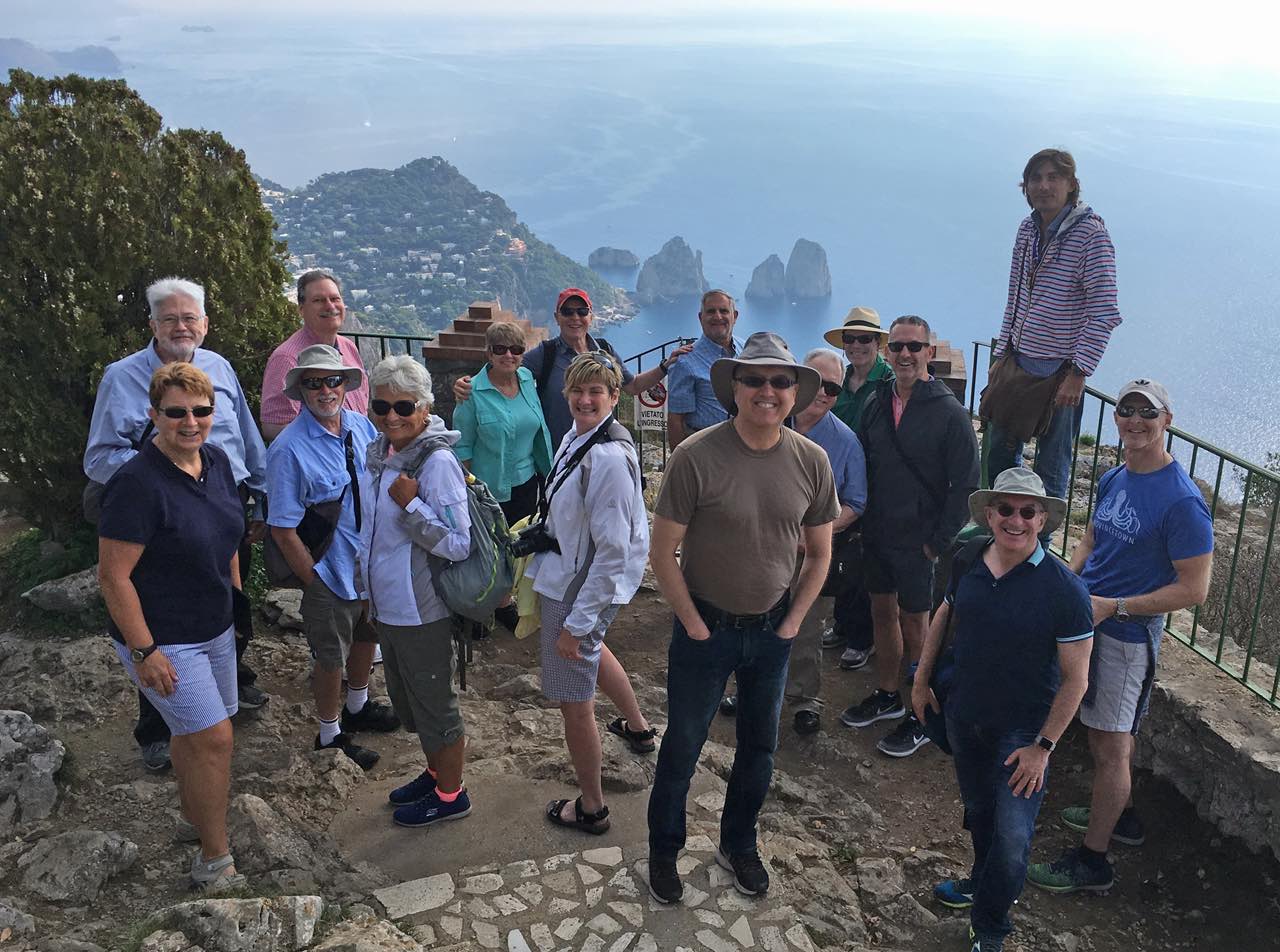 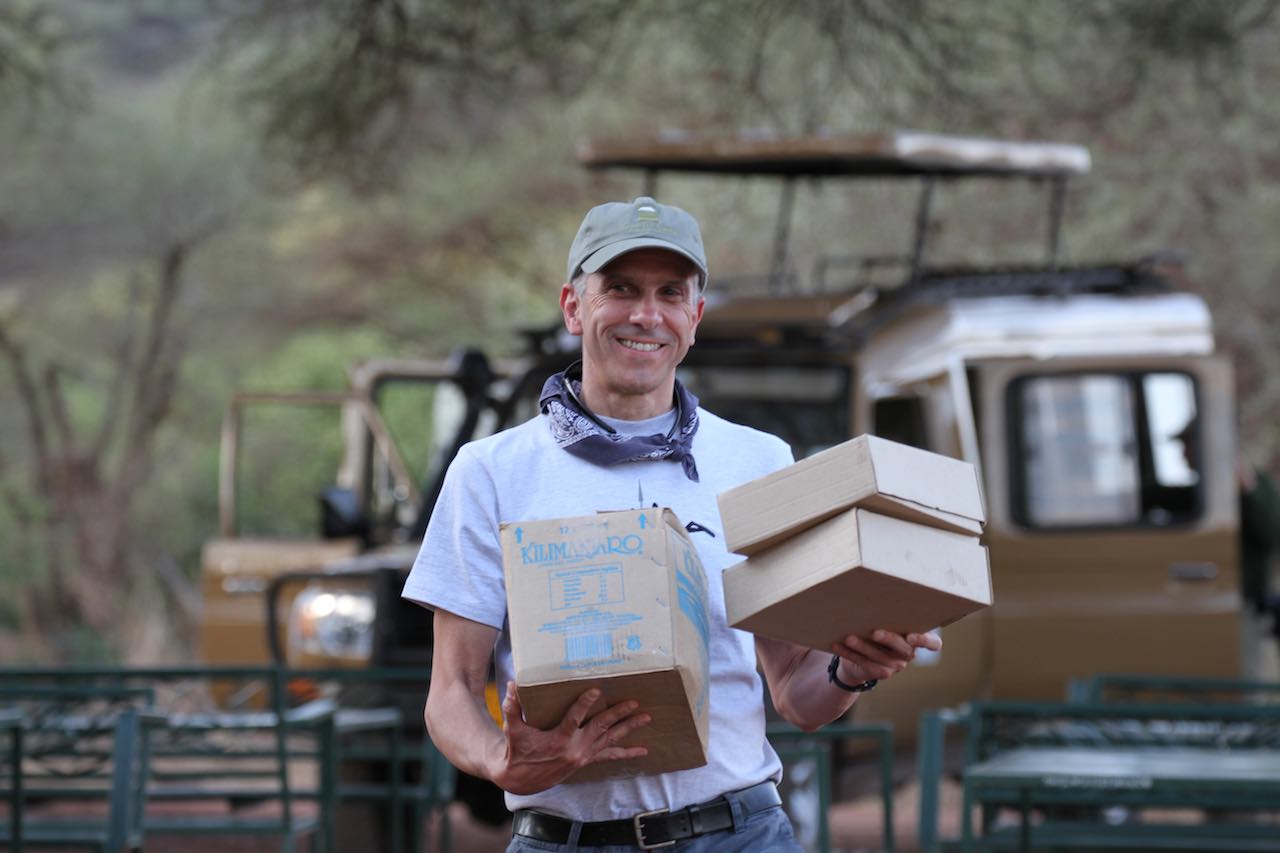 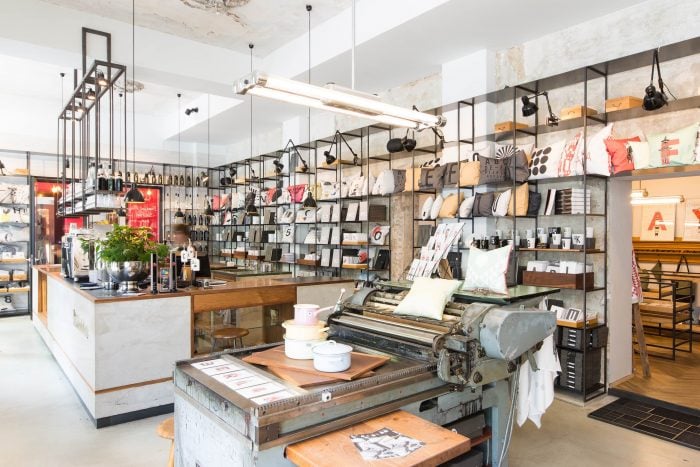 The best concept stores in Berlin

Away from the typical shopping districts, there exists a multitude of independent stores throughout Berlin where premium objects are curated with a certain concept or style in mind. 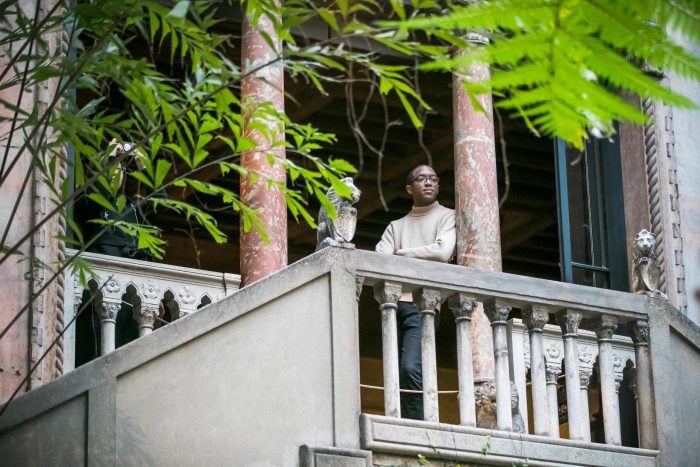 Boasting some 400 years of rich cultural heritage, Boston is arguably America’s oldest city—a place where near every park, building and museum has a time-honoured story to tell. 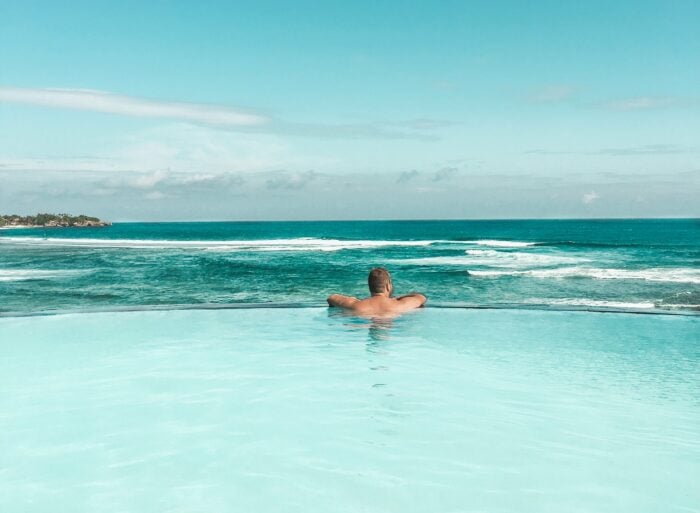 The best hotels in Acapulco for gay travellers

Gay Acapulco is bewitching. And there’s certainly a lot to choose from in Mexico’s original resort town. So avoid decision fatigue with this rundown on the best hotels in Acapulco.