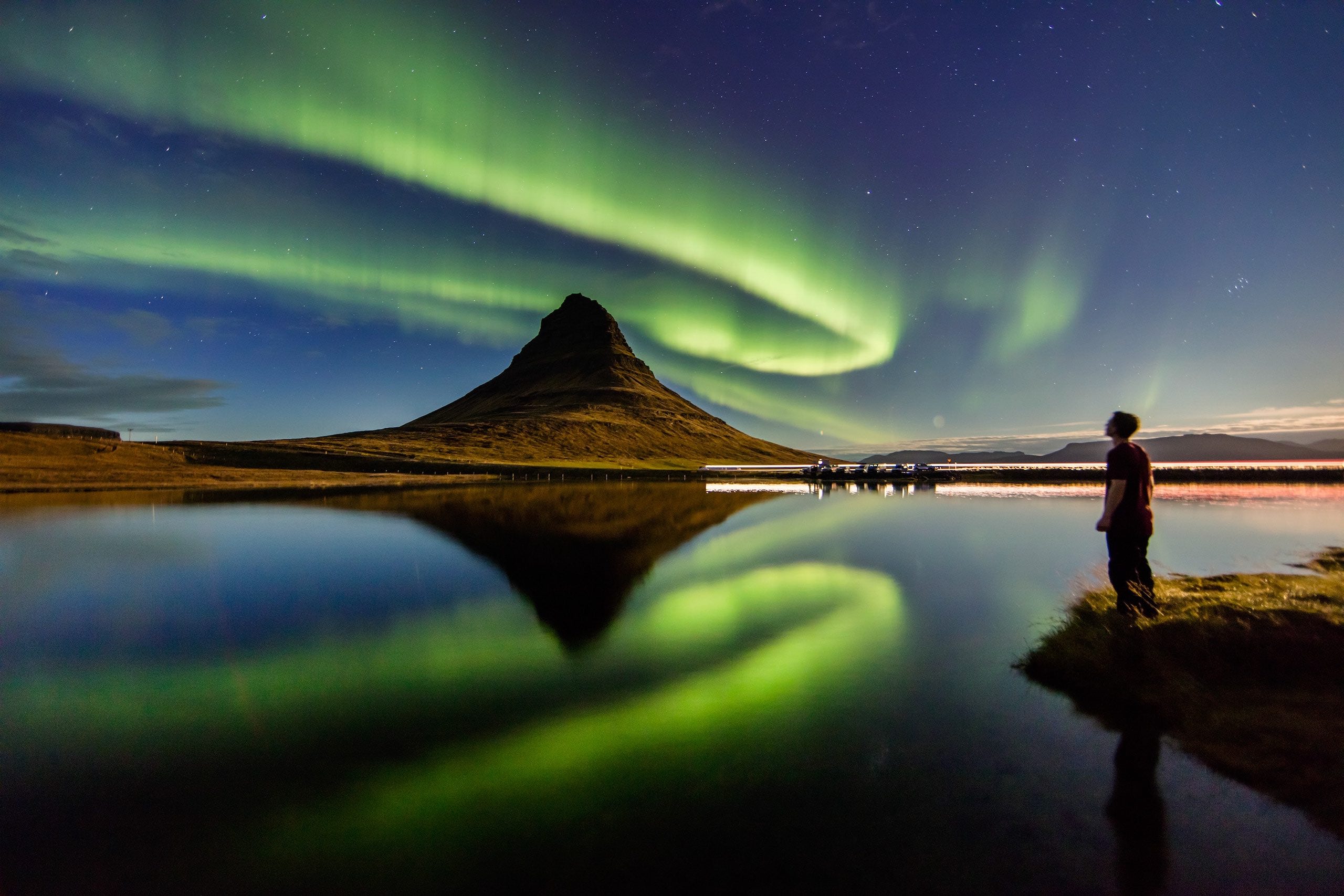 Stories > Itineraries > The ultimate Iceland itinerary – how to make the most of 5 days in Iceland
Curation by Yasmina Rodríguez, words by Ian Packham

Iceland is earth at its most untamed. Isolated hamlets sit amid active volcanoes, bubbling mud pits and gushing geysers. Glaciers creep down to the island’s shores from among wondrous peaks, while an industrious population set about challenging all the preconceptions that might crop up around this nature-lovers’ paradise. There’s no shortage of things to do in Iceland, as our itinerary covering 5 days in Iceland will demonstrate! 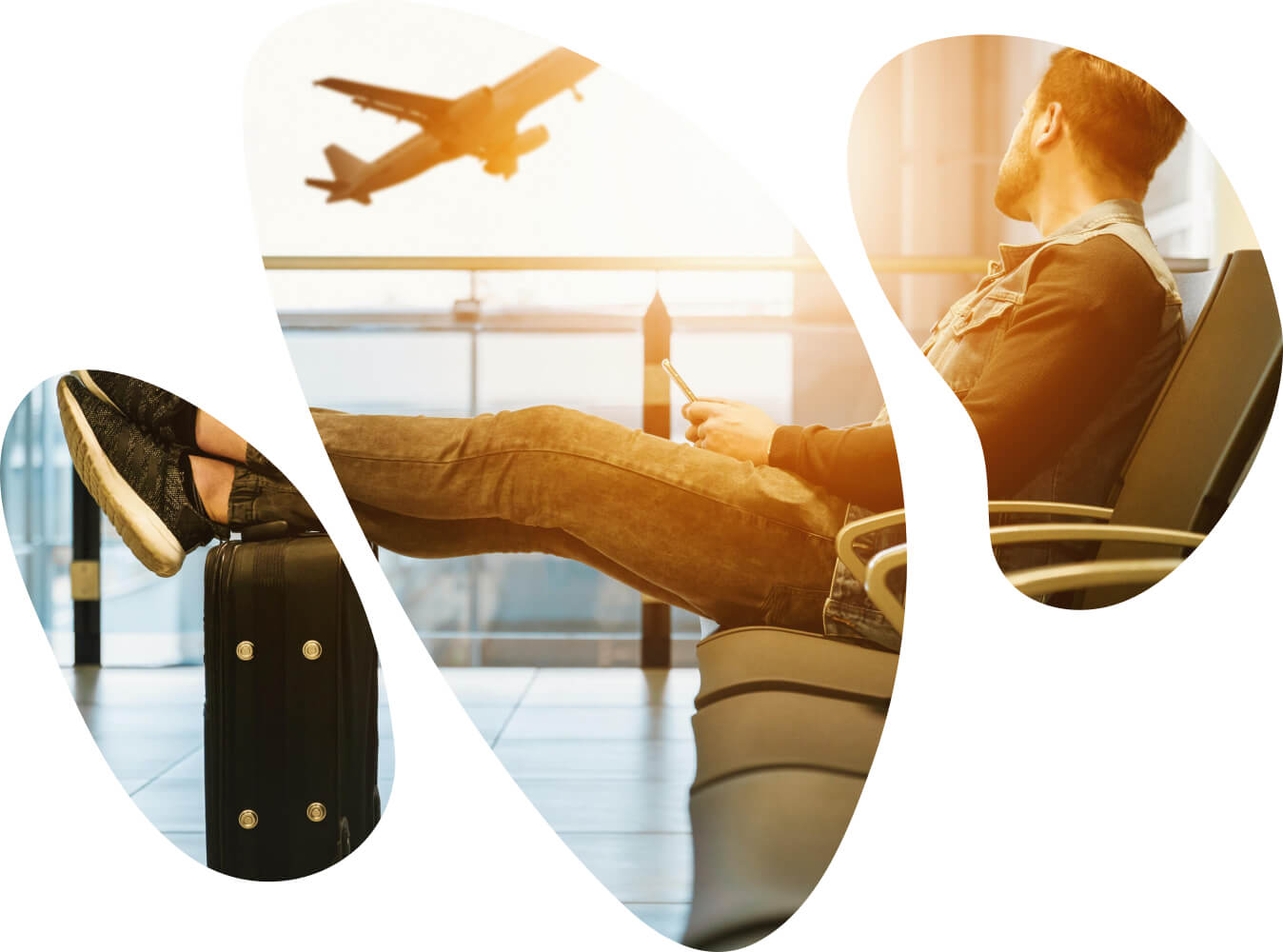 5 days in Iceland provide enough time to head from Reykjavík to the Golden Circle, take in the south coast, and journey from Vík to Jökulsárlón

An honorary Scandi nation, Icelanders are proud of their LGBT+ credentials, going as far as goading self-proclaimed ‘evangelical Catholic’ Mike Pence, Vice-President of the United States, with a row of rainbow flags when he arrived on a state visit. Should he have been surprised by his welcome in a country that repealed laws prohibiting homosexual activity back in 1940, elected the world’s first openly gay head of government, and unanimously voted to extend marriage rights to same-sex couples in 2010? Gay visitors are welcome in Iceland, that’s for sure! 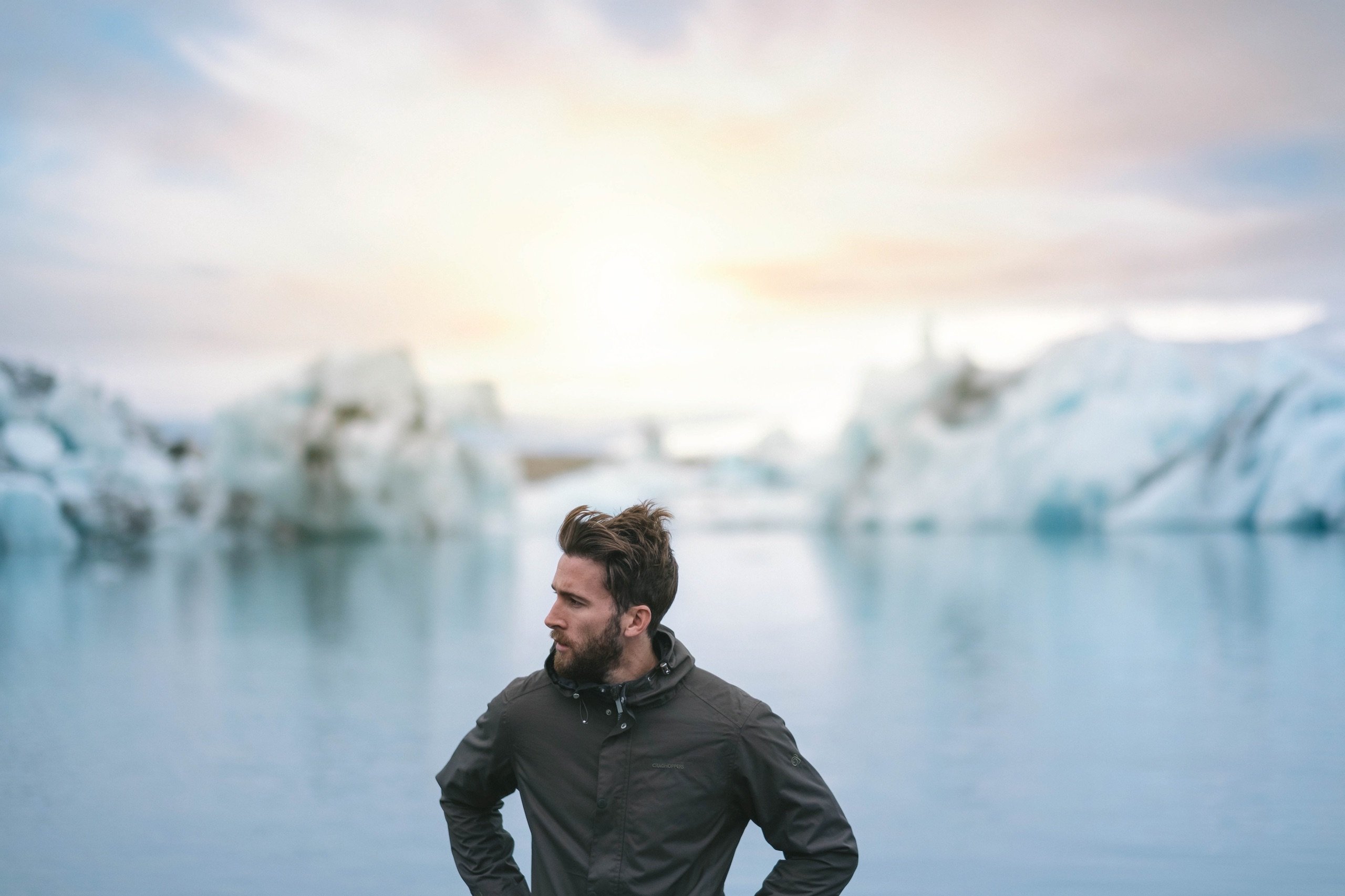 When to visit Iceland

Iceland’s chilly status precedes it. It’s even in the name. But an Iceland vacation can be taken at pretty much any time of year. Mild summers offer up almost literally endless hours of daylight, while the depths of winter are the best time for an Iceland itinerary if you’ve plans to capture the northern lights Iceland’s eerie ribbons of colour. Spring and autumn are technically the low season, but balance decent temperatures with lower accommodation costs.

Is driving in Iceland necessary?

Hiring a car is probably the best idea for anyone limited to an Iceland itinerary 5 days long. It’s certainly possible to enjoy Iceland holidays without recourse to a steering wheel, though the independence a rental car gives cannot be underestimated here. Just be sure to check the local road conditions, as they can change rapidly even in the height of summer. Should you not want to drive, don’t stop planning a trip to Iceland just yet. There are still plenty of ways to see the top Iceland attractions, with tours picking up from hotels and buses connecting urban centres. 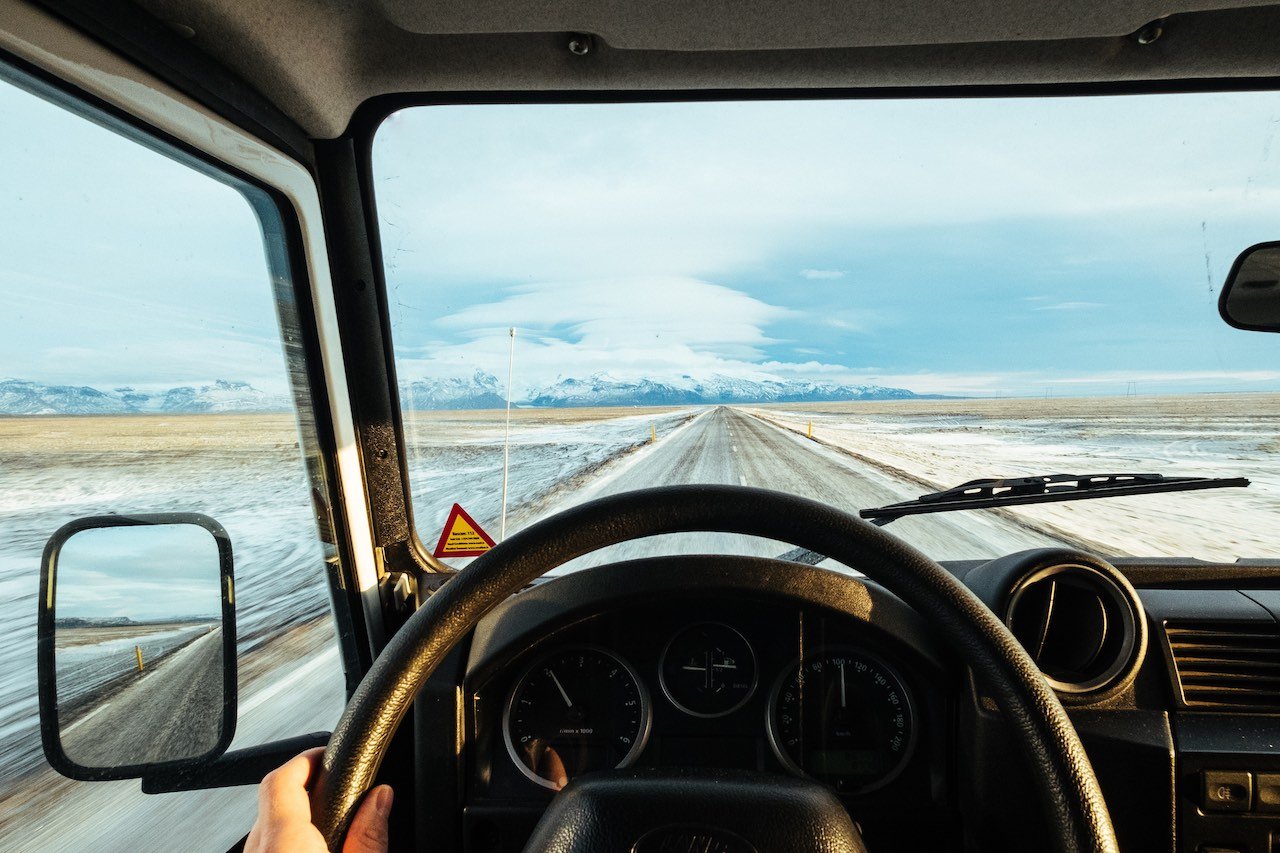 Safety tips for your 5 days in Iceland

Whether you’re driving or not, you’re going to want to keep a close eye on the weather. Downloading a reliable weather app is a good idea, and it goes without saying you should take note of any warnings that crop up and change your plans on where to go in Iceland if necessary. Connected to this, it’s widely recommended to dress in easily-removable layers, should you end up playing hide and seek with the wind or sun.

5 Days in Iceland: An Iceland Itinerary

5 days in Iceland might not sound like a long time. It does though provide enough time to head from Reykjavík to the Golden Circle, take in the south coast, and journey from Vík to Jökulsárlón before returning to Reykjavík.

The Icelandic capital’s most famous attraction is perhaps the Blue Lagoon, an open-air geothermal spa with mineral-rich waters. Closer to Keflavik International Airport than the centre of town, you might be minded to stop off here on route and wash away some of that aircraft stuffiness. If you manage to pull yourself away for long enough, Reykjavik itself has plenty to occupy the mind, with attractive streets, inspiring works of architecture, and the island’s top night spots.

A dodgy-looking circle it may be, but the Golden Circle should be right at the top of your Iceland wish list all the same. Following the route eastward from Reykjavik make your first stop Thingvellir National Park, not only the site of the Icelandic parliament from the tenth to the eighteenth centuries but also one of the few places in the world where it’s possible to see two tectonic plates pulling apart.

Continue on to the Geysir Hot Springs area to capture exactly that – geysers and hot springs, including Iceland’s largest, Strokkur, which fires superheated water 30 metres into the air every few minutes. From there, follow the road on to Gullfoss, the ‘golden waterfall’, created by a sudden drop in the Hvita River, before returning to your base in Reykjavik via Selfoss and the lower half of the ‘circle’. 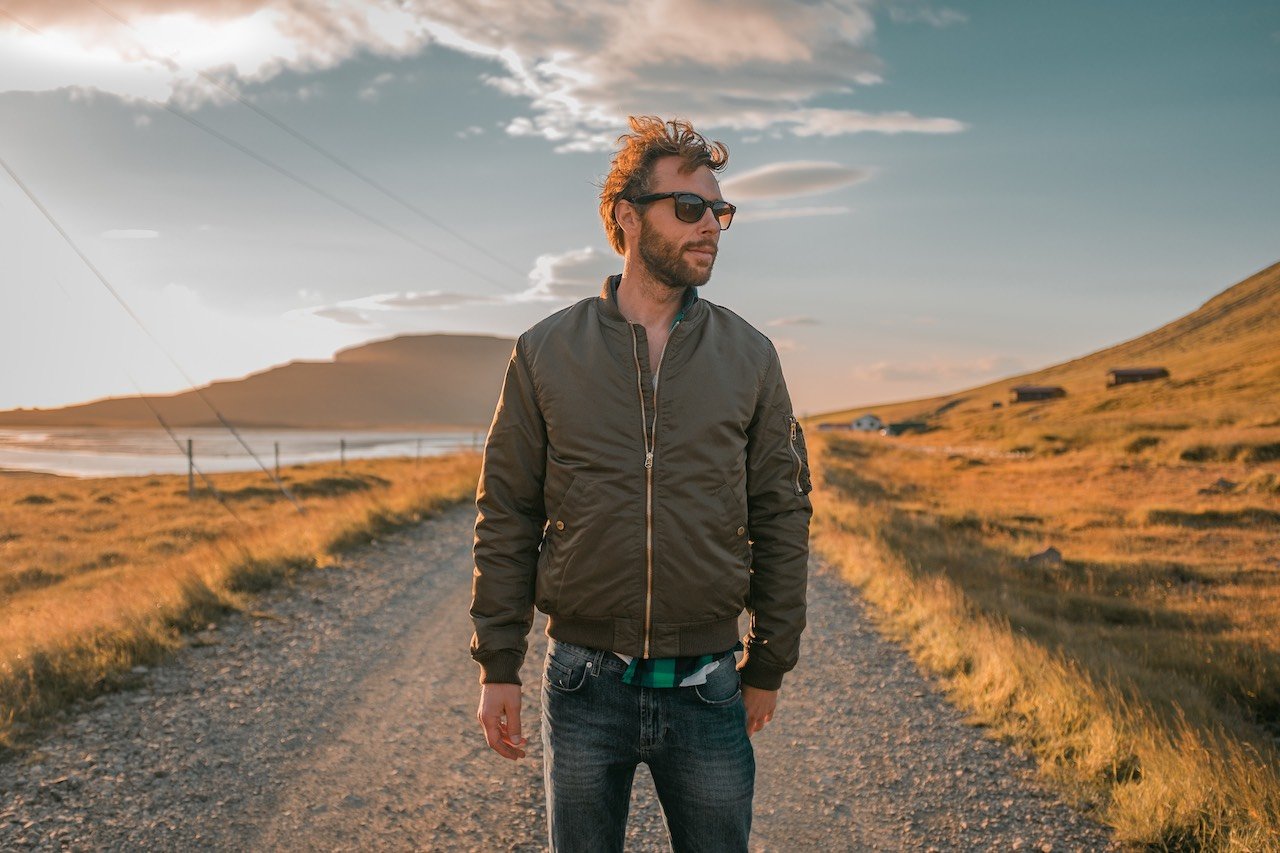 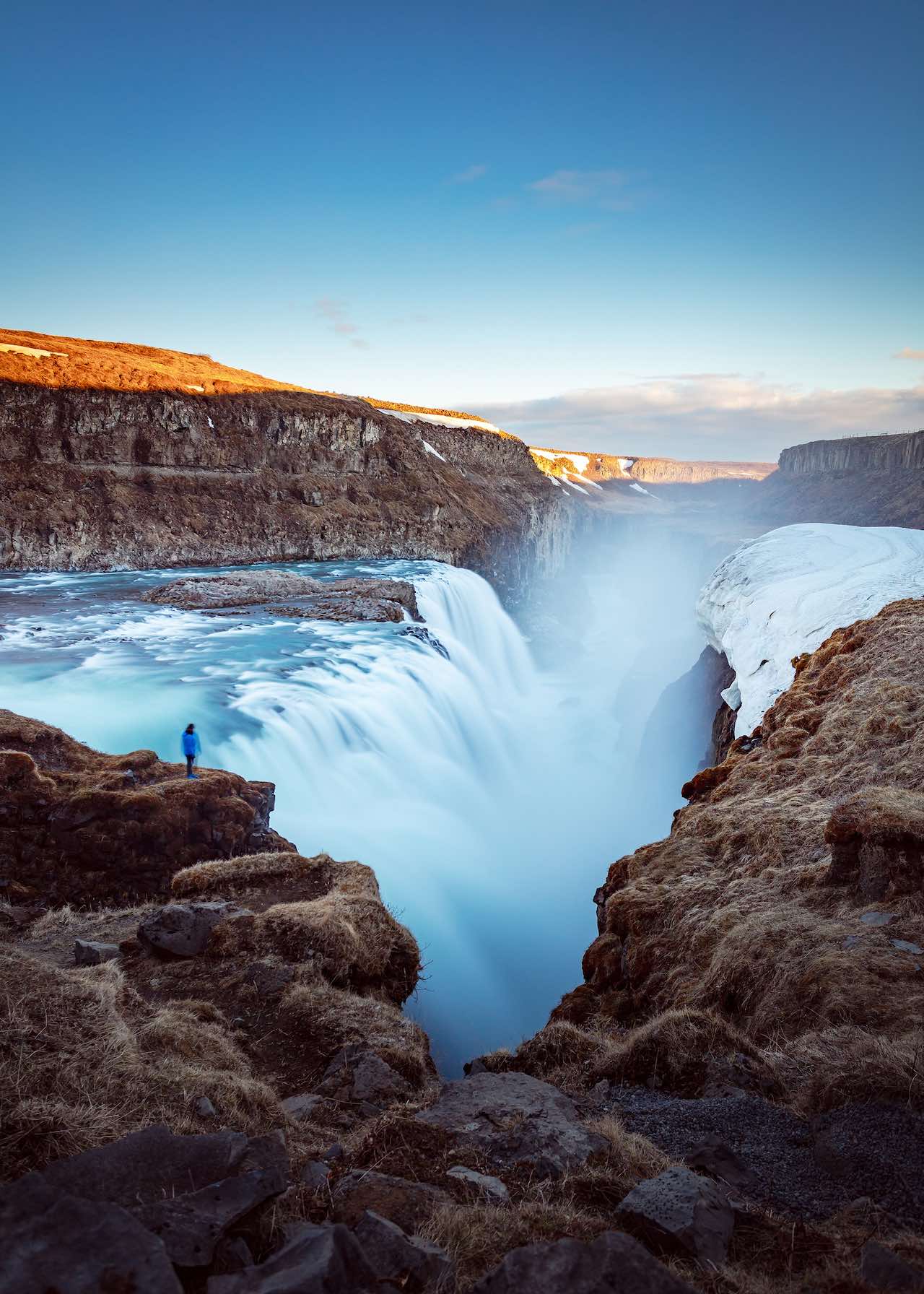 A region of stunning waterfalls, dramatic cliffs, and tiny villages, Iceland’s South Coast is your route for day three of our Iceland trip planner – an amazing way to get to Vik where you will overnight. The written word can do none of the natural sights along the South Coast justice, so you’ll just have to trust us when we tell you to roll down your windows (weather permitting) and enjoy the likes of the 60 metre-high Seljalandsfoss waterfall, the black sands of the Dyrhólaey Peninsula, and the views towards Eyjafjallajökull, an active volcano capped – rather unusually – by a glacial ice floe.

The single road route from Vik to Jokulsarlon, part of the island’s Ring Road (Route 1), would take just under two and a half hours to complete – were it not for the long list of attractions along the way. Fjaðrárgljúfur Canyon should not be missed, with its stunning panoramas where a butter-wouldn’t-melt river has cut through the landscape over thousands of years. Continuing along Route 1 there are plenty of signposts leading to tempting diversions – be that Vatnajökull National Park for the Svartifoss (‘black falls’), or the roadside viewpoint facing Svínafellsjökull Glacier. Your further progress to Jokulsarlon will likely be delayed by Jokulsarlon Lagoon, the deepest, and possibly the most attractive, in the country, and Diamond Beach, so named for the twinkling of gem-like bergs against the black sands. 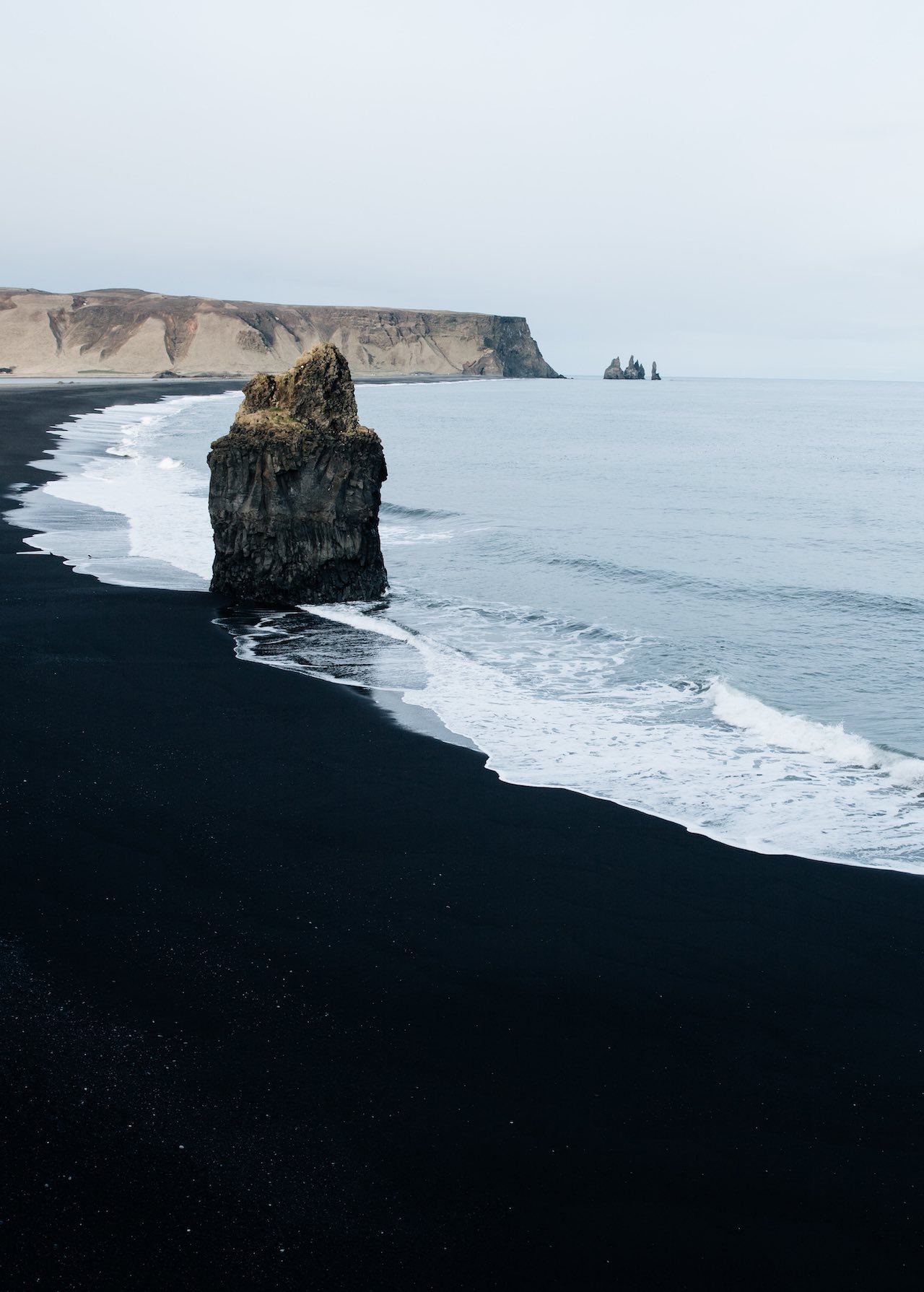 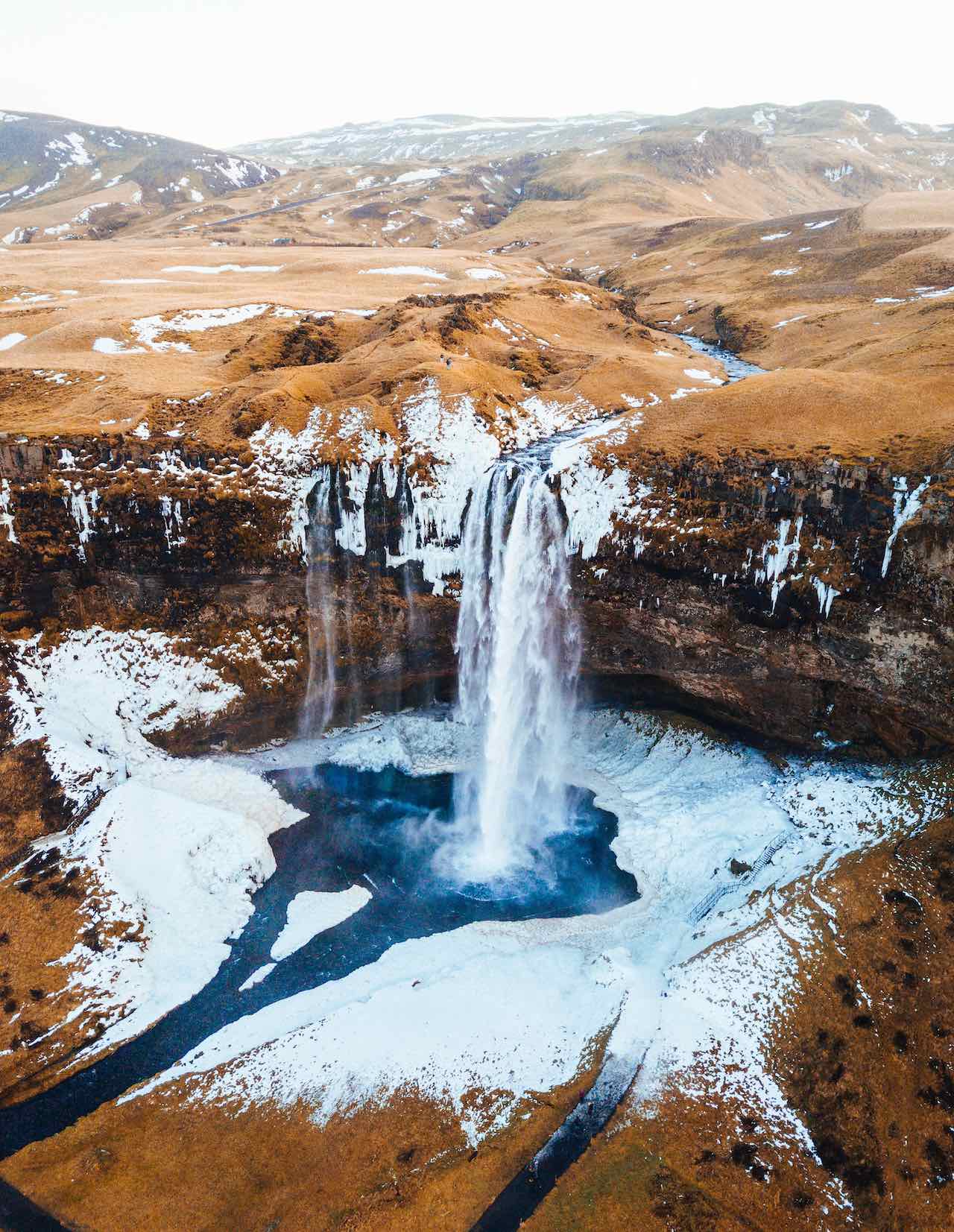 Travelling back along Route 1 in the opposite direction takes nothing away from these elegant coastal vistas. Break your journey back to the capital as often as you like, catching up on scenes and stopping off in villages you missed the first time around. 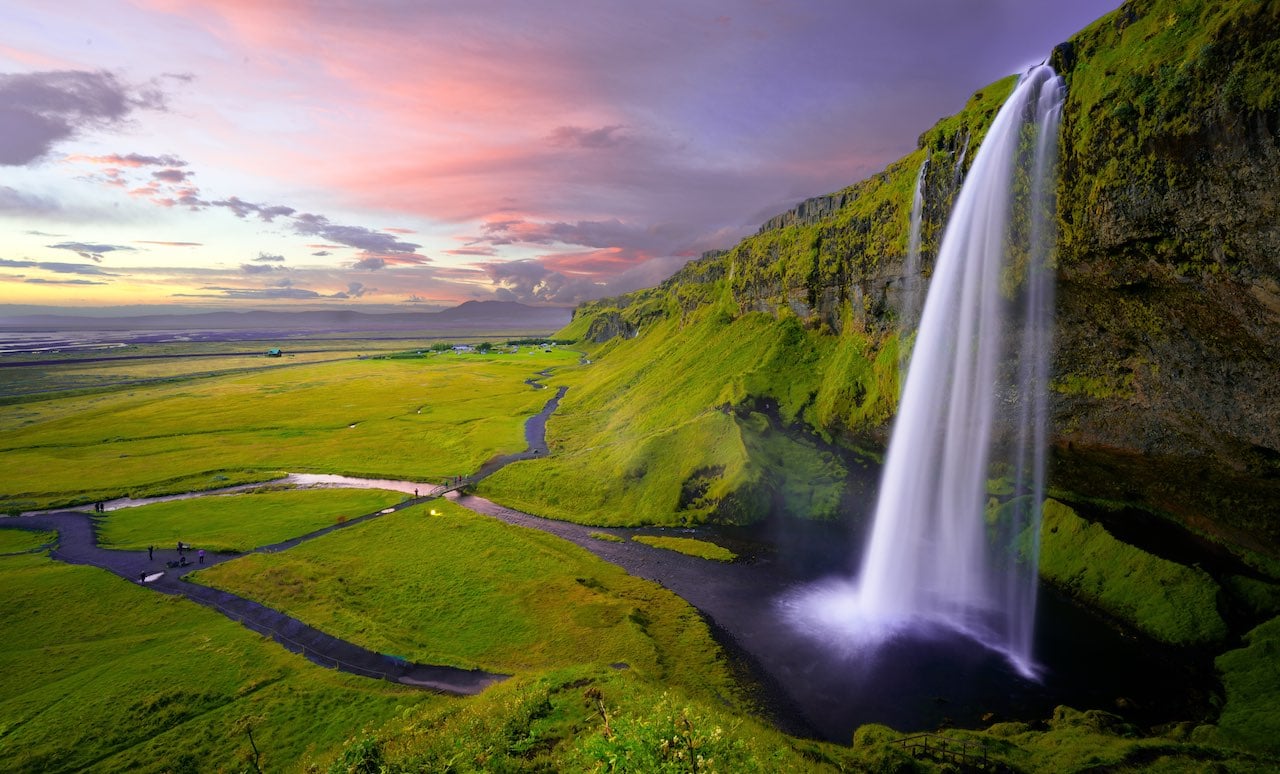 We’ve created this 5-day itinerary to Iceland to capture an essence of Iceland without needing too much time off work. Of course, for those seeking the ultimate in adventure Iceland tours, there are plenty of places and activities you could add on, with whale watching Iceland opportunities just one example.

If you like the sound of that, but not the effort involved with planning such a vacation, why not make use of Mr Hudson’s Trip Design service. Our experts will create an Iceland itinerary to your exacting specifications so that you can concentrate on the fun things in life!

The best places to stay in Iceland

This Northern European nation is both in touch with nature and entirely modern, even in the remotest wilderness, where state-of-the-art architecture and eco principles make for some fantastic Iceland resorts. 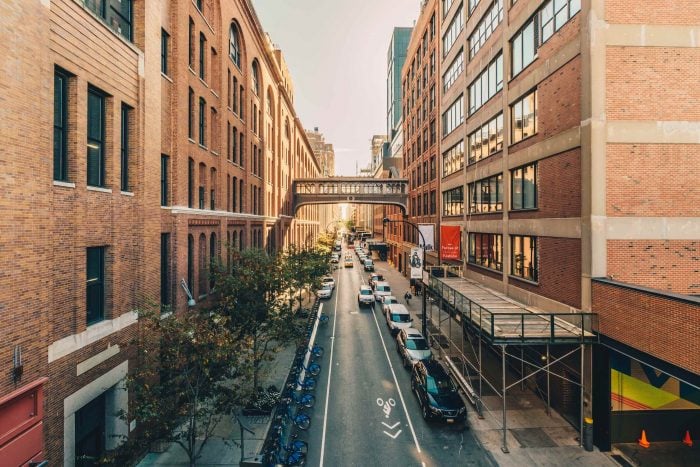 Within a hair’s breadth of the iconic Stonewall Inn, Manhattan Island’s West Side district of Chelsea is a prime accommodation spot for any visit to the Big Apple. 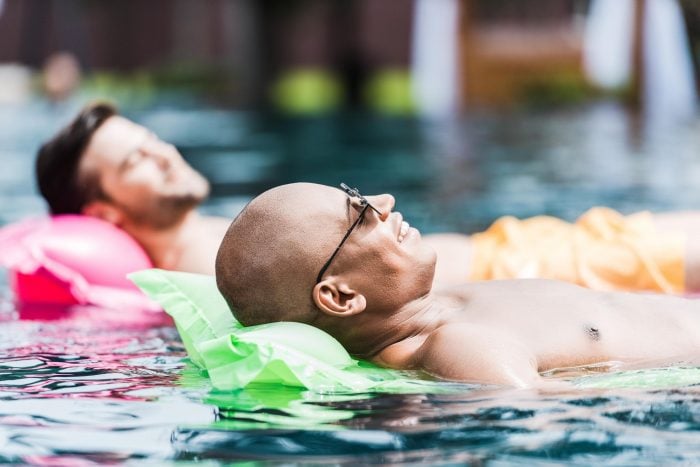 The City of Angels has it all: a big spectrum of outdoor activities, beaches & mountains, arts & culture, west coast design, culinary adventures, health & fitness, all with never-ending sunshine.